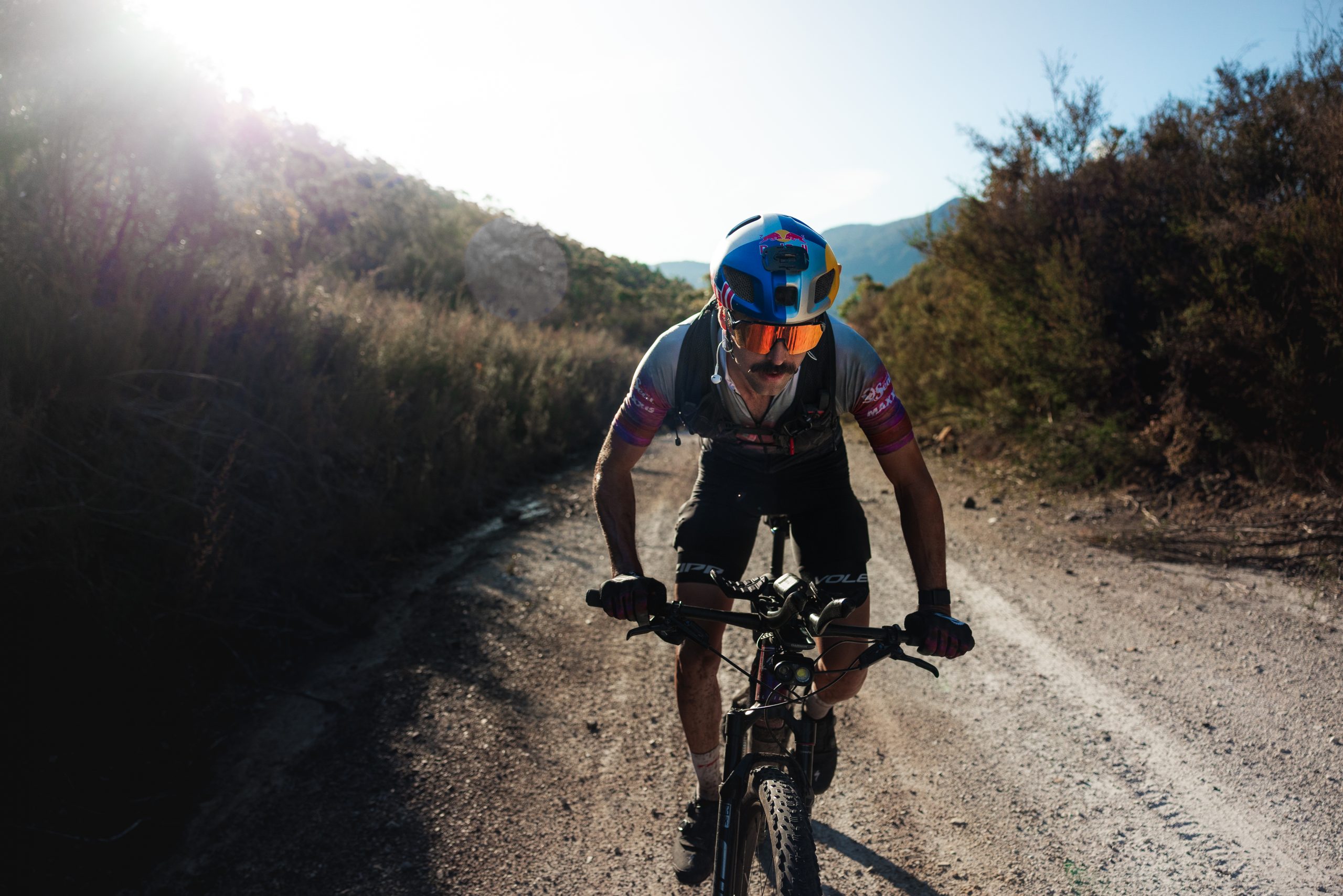 Bay of Fires, Tasmania (November 15, 2022) – On Tuesday, Nov. 8, 2022, world renown, endurance cyclist Payson McElveen completed a human-powered bike excursion across Tasmania, an island at the bottom of the world with one of the most unique environments on the planet. The route across Tasmania, developed with Tasmanian endurance cyclist Emma Flukes, chose adventure and challenge over efficiency: the route spanned 360 miles and 34,000 feet of elevation gain, with the majority through unpaved wilderness. 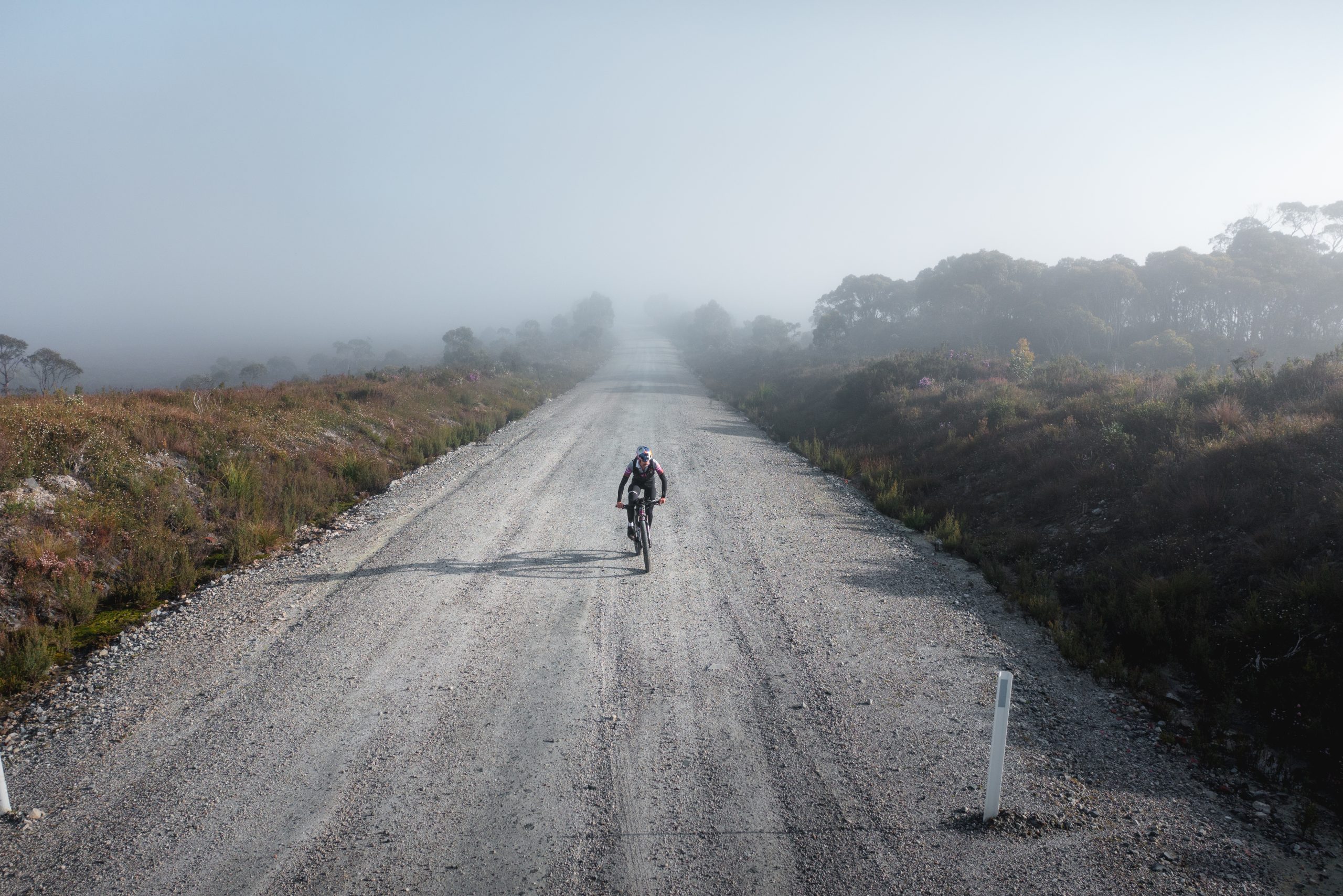 On Monday, Nov. 6, at 7:23 PM UTC, McElveen began his journey across Tasmania starting from the isolated west coast beach community of Arthur River, nicknamed the “Edge of the World,” site of the cleanest air on the planet. The first 70 miles is a traverse along the edge of the Tarkine rainforest, one of the largest remaining subtropical rainforests in the world. With only three locations to resupply, McElveen traveled 360 miles making friends with the wombats, wallabies, spotted quolls and Tasmanian people, soaking in all the rich culture the island has to offer. Clocking in with an elapsed time of one day, eight hours and 33 minutes, McElveen arrived at the Bay of Fires on the east coast of the island on Tuesday, Nov. 8 at 4:08 AM UTC, what McElveen would describe as the “ride of a lifetime.” 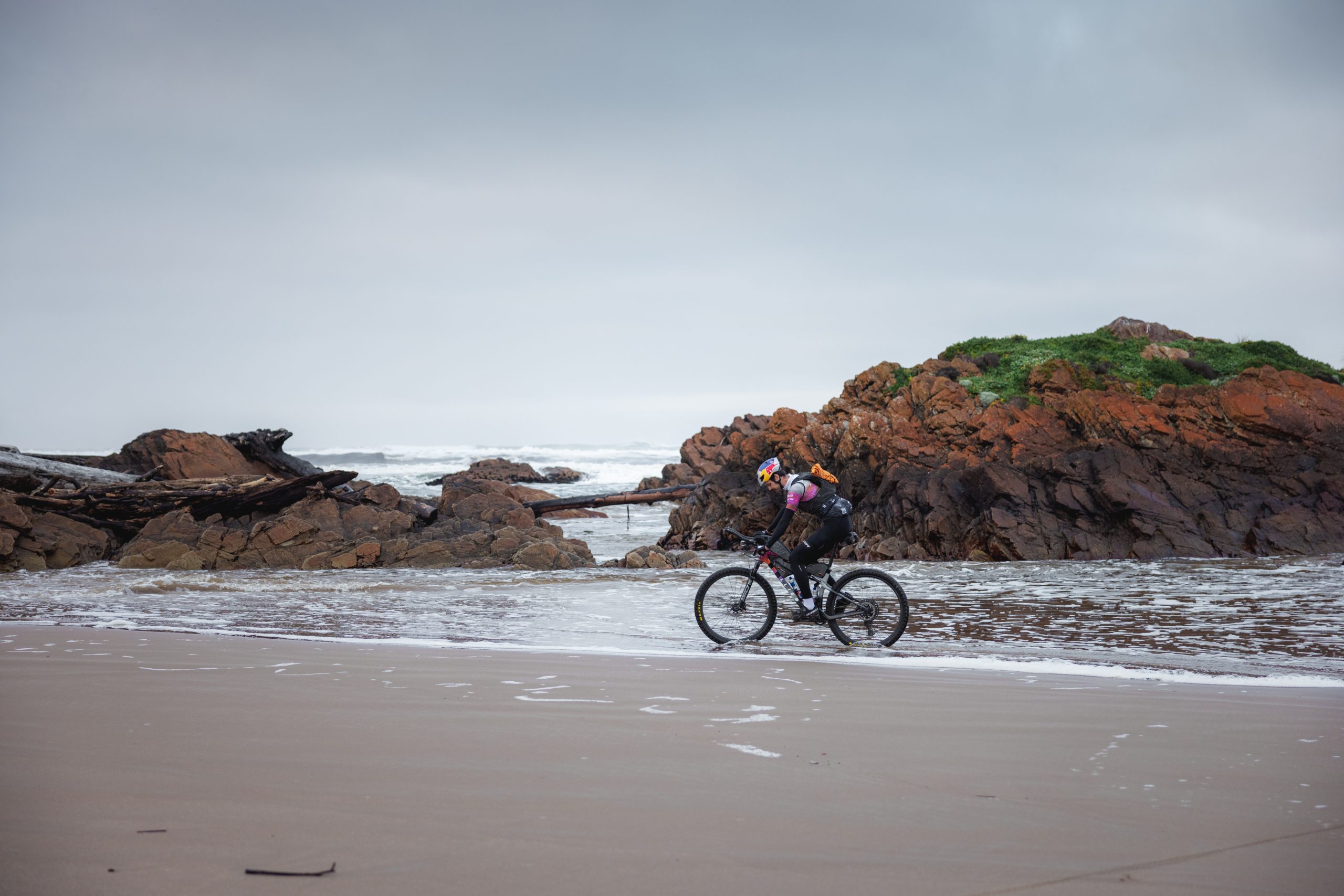 When McElveen reached the waves off Tasmania’s east coast after 32 hours of near constant movement, he realized, “I had gotten what I came to Tasmania for – timelessness in this unbelievable place. A true antidote to my racing career, where the whole point is seeing how quickly you can finish.” 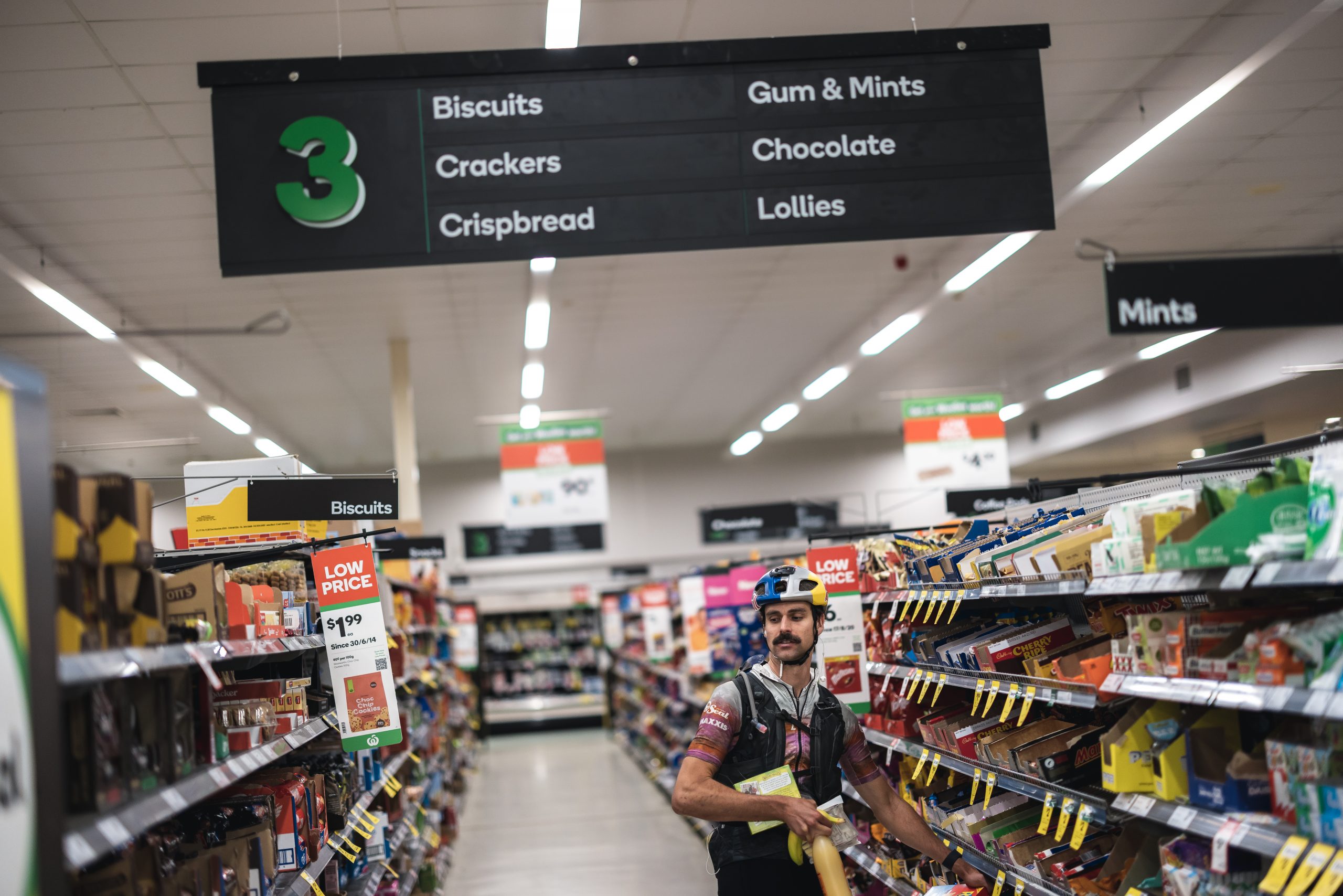 After months of research and planning, McElveen solidified his 360-mile route with the help of Emma Flukes, a marine ecologist and bikepacker born and raised in Tasmania who has covered more of the island on her bike than anyone else. Flukes completed her own single push crossing of Tasmania on a different south-to-north route earlier in the year. After multiple calls and email exchanges, the two ended up adding more detours, trails and goat tracks than expected, contributing to both the distance and elevation gain of the route. McElveen described the route as “crescendoing in difficulty” as you move east, the final 100 miles features 11,000 feet of climbing and 50 miles of Tasmania’s world-famous singletrack. The final route is far from the fastest or most direct way from the west to the east coast of the island, serving as a juxtaposition to McElveen’s racing career. 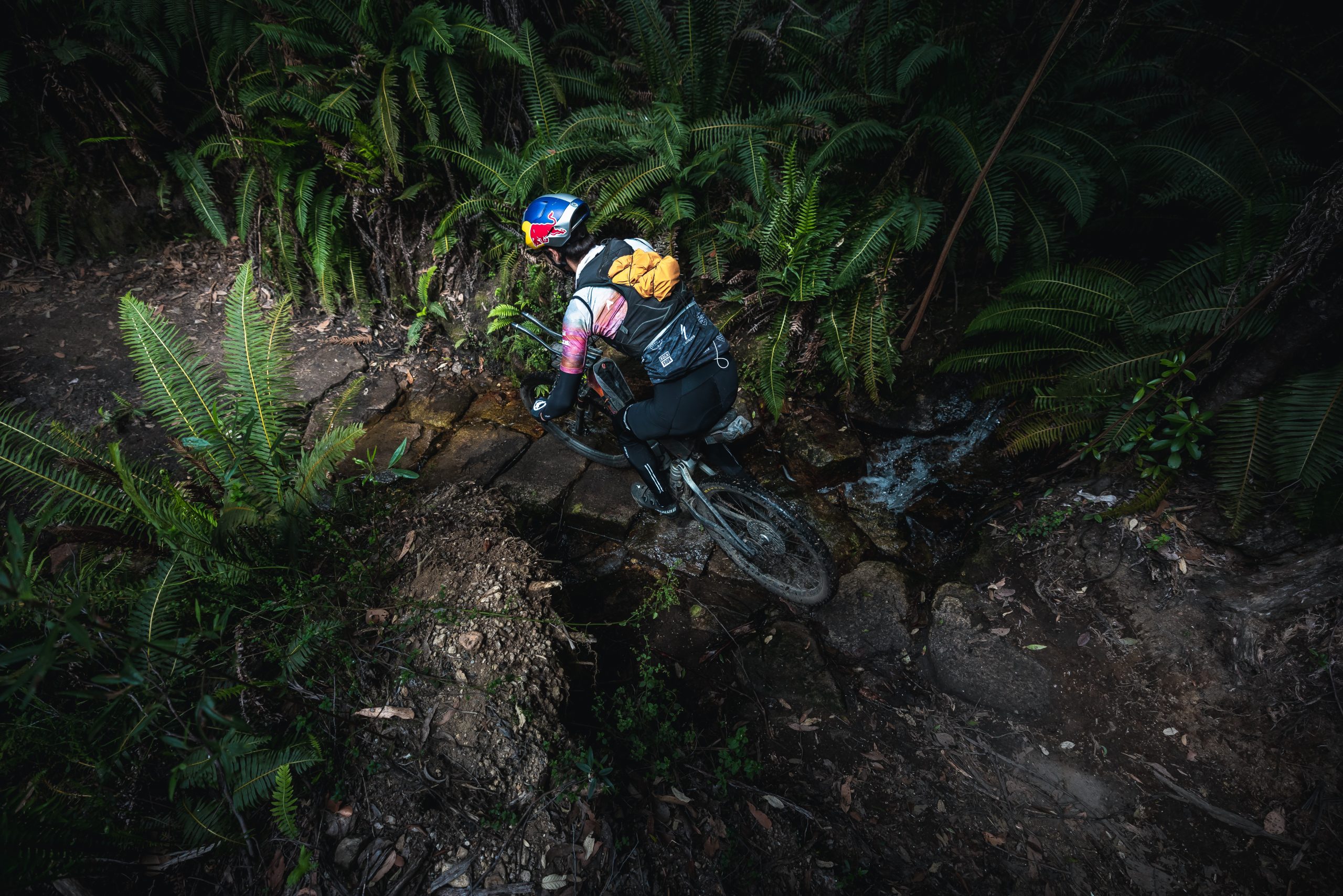 McElveen said, “I’ve gradually been able to let go of the racer that wants to get across as fast as possible, in favor of seeing, smelling and feeling this place as richly as possible over the course of one massive ride. The goal was simple, develop a challenging route and finish, while sampling as much of Tasmania’s unbelievably diverse riding as possible.”

This expedition was inspired from his most recent achievement, Crossing Iceland, in September 2021.

Payson McElveen Crosses Iceland in One Day with Human Power Only

[Video] Payson McElveen Rides Every Trail in Bentonville in 24 hrs

[Video] Brendan Howey – A Canadian Down Under