If that was not exciting enough, the 2013 White Style winner Pavel “Cherry bomb” Alekhin will return to the snow after a long injury break. His impressive combos and fearless riding is certain to ‘WOW’ everyone! For the first time, also spectators can prove their riding skills during the Big (Shr)ED – Fat Bike Battle. 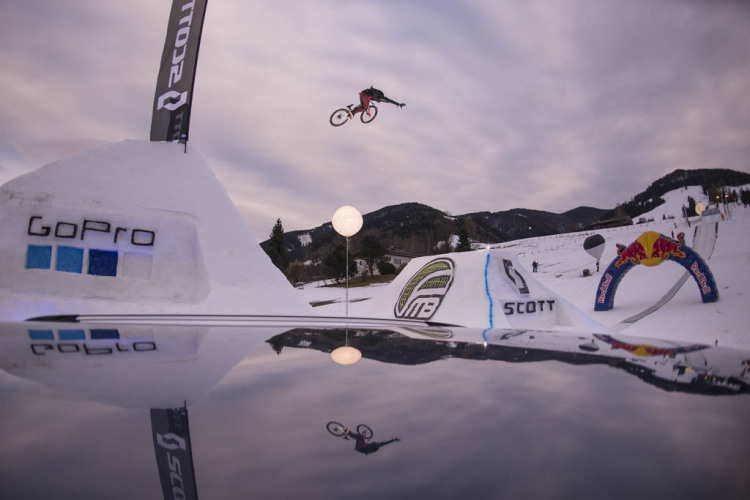 Over 100 tons of snow is used to create the White Style course. The goal? To give the athletes enough airtime to throw down their most impressive tricks.

Many well-known athletes are wasting no time in starting their season. The Russian ripper, Pavel Alekhin is fit again and eager to get back into contest mode. Pavel won the 2013 edition and nailed a huge backflip double tail whip on the final super kicker. Another big time trickster, Szymon Godziek from Poland, who stunned the world with his tsunami backflip last year will also attend White Style and is keen to take his first ever win at this contest.

This is the rider line up for White Style 2015:

The action begins on Friday at 4:30pm with qualifications. The ten best riders will battle in the finals later that day at 8:30pm. The athletes will have two runs to show off their best tricks – the higher score from the two will count.

It is nearly impossible to attend White Style and not have the unbearable urge to shred. So for the first time, spectators can put their skills to the test during the Big (Shr)ED – Fat Bike Battle. Taking place directly after White Style qualifying at 6:00pm, a qualification round will sort the crème of the crop. These top rippers will then battle it out in the finals from 7:00pm. You find the registration here: http://bike.saalfelden-leogang.com/en/events/2015/white-style-2015/ . So save the date, February 13th  – come on down to Leogang and have a rad time at White Style 2015.

All the White Style 2015 news can be found on the official Facebook fanpage: www.facebook.com/White.Style.Leogang

For further information, please send an E-Mail to: [email protected].

[Video] Tony Hawk On Selling Out