Cam Cole has just released this news about his decision to leave international racing. 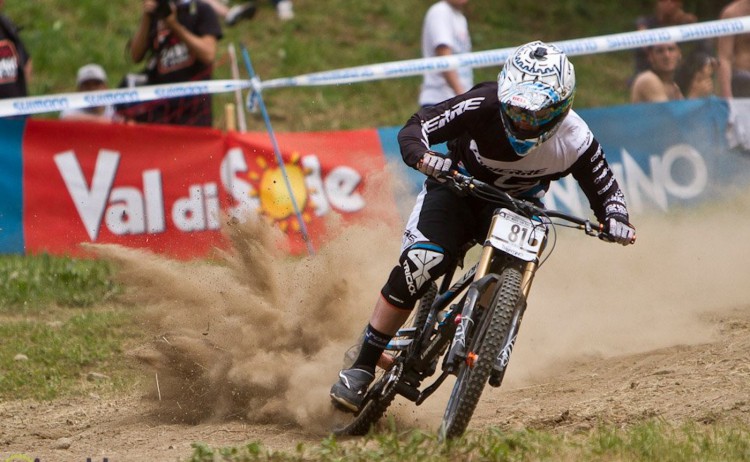 Well it has been a bit quiet on the news front for me. It is that time of the year when deals for the coming 2015/2016 seasons have been finalised and the public is waiting and speculating as companies endeavour to build anticipation prior to releasing team details.

I have some news about my future as a professional athlete on the world cup circuit.  I will not be riding for a world cup team next year or racing world cups.  At 26 years old, for now I have made a decision and I am committing to a career after racing. It was a decision that I was prepared to make when I realised my situation. Moving into the 2015 season my main goal was to find a team that had good bikes and products and I was committed and believed I would be back on the podium this coming season.  However, after many emails and conversations I found there were no vacancies on any of the top teams for the coming season.  After having raced for some of the best teams during my career you begin to understand that the systems and processes that these top teams have in place, and the finer details that receive attention, all really put riders in the best position to make the most of their talent and the hard training undertaken in the off season.  I have loved racing at the highest level, along with the ups and downs that come with the risk taking that is required to be at the top.  I love to push myself to the limit, which you may have all noticed, I am sure that this will carry me through this next stage in my life.

I love biking and racing too much to stop, so I’ll be at local and national events moving forward and who knows about World Champs.  I have partnered with one of New Zealand’s leading bike brands and there will be some news about this in the coming weeks.  Otherwise I’ll be fulltime at the University of Canterbury and I’m looking forward to the challenges that studying will offer.

I have to thank a few people who helped me out in many ways during my time racing overseas. Starting at the beginning with Lahar and Aaron Frankiln who took a risk with me as an underdog to win the junior world champs title in 2006. Winning world champs as a junior kicked things off for me, and since then I have learnt a lot about being an athlete and getting to the top in my sport. I have enjoyed many good times along the way and have to thank Mum, Dad and my family, Reece Mcleod, Lester Perry, Aaron Fernandez, Skinner, Baron, Mavis, Gary Wolf, Christopher Warrick, Hulen King, John Kirkaldie, Mark “Fitzy” Fitsimmons, Nathan Rankin, Jason Marsh, Hamish Ferguson, Katherine Prumm, Justin Leov, Simsy and Red-Dog, Bass Man, Dodzy, Sabrina Jonnier, Luke Strobel and his family, Peter Valance, Andy Ward, Rob Warner, Chris Kilmurray, Matt Clarke, John Oldale, Laurent Delorme, Jack Roure, Loic Bruni, Sam Blenkinsop, Thibaut Ruffin and the whole Ruffin Family (I really enjoyed 2014 with you all) and my wife, Amy. Plus everyone else who has made racing overseas such an experience, I know I’ll have missed some of you, cheers.