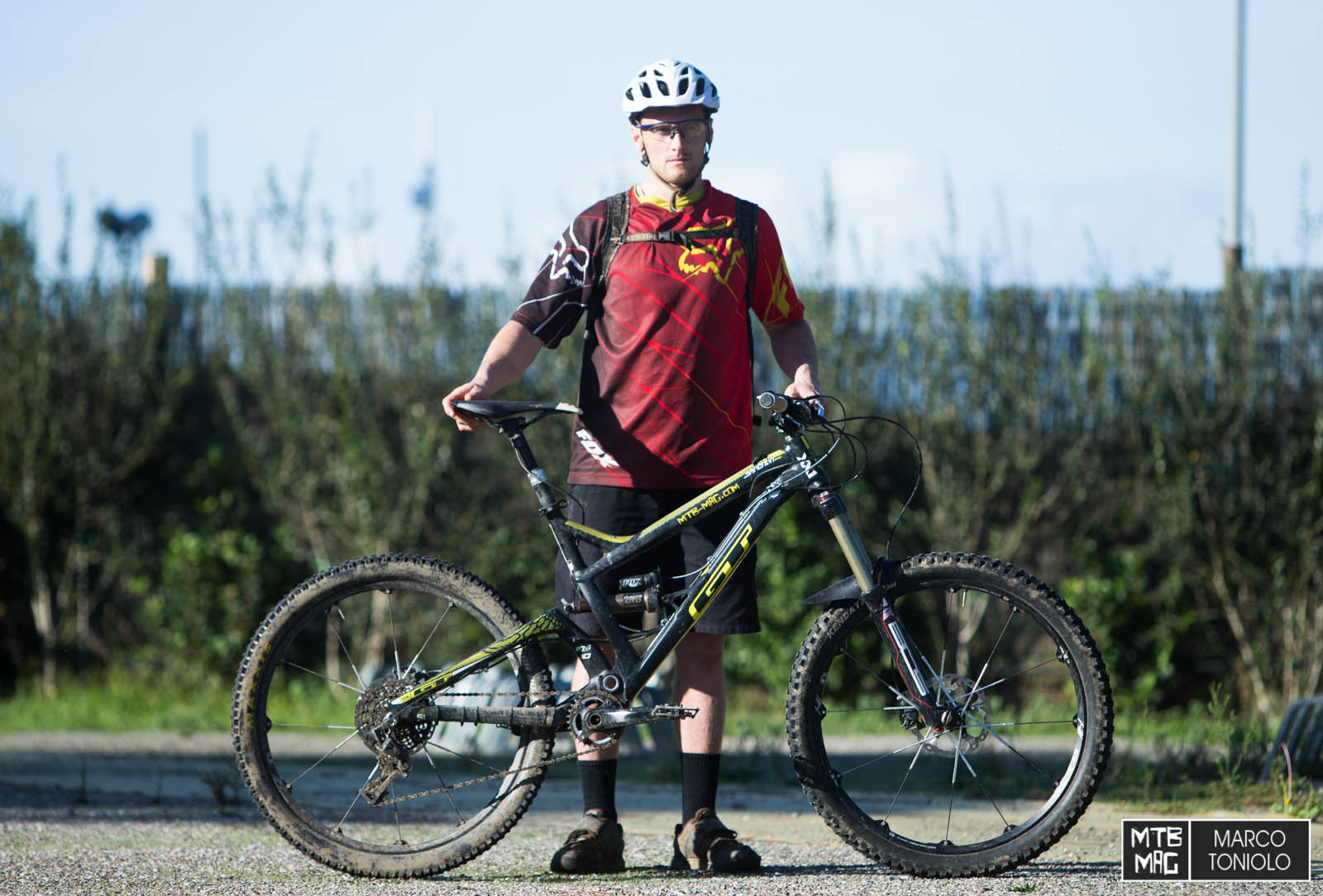 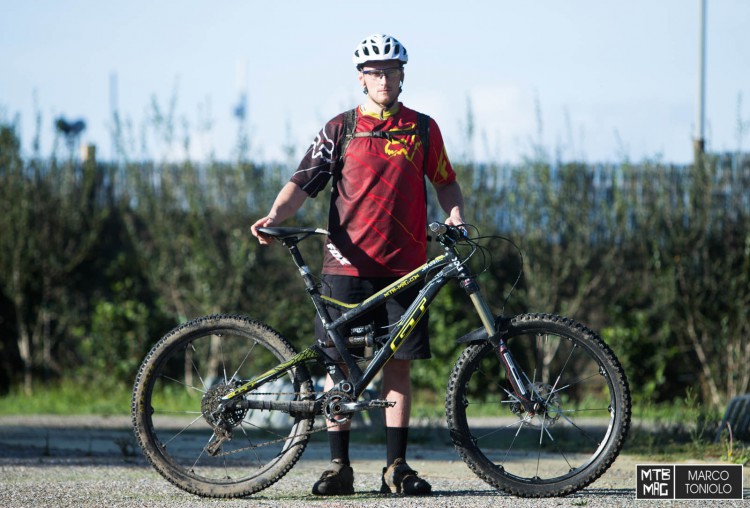 Marco with his favourite bike.

The last day of testing in Punta Ala was an interesting day as I had decided to ride three big brand bikes, the Specialized, Santa Cruz and GT. The Sanction was the very last bike that I tested. As well as being the winner of the general test it was also my favourite bike.

The first thing to say is that the bike had a custom build, like the Santa Cruz and the Banshee Rune, in which the fork spec was a Bos Deville and the wheels were Crank Brothers Iodine which are in their third evolution.

In one sense the wheels were not a ridged as I liked considering the type of use they were going to be put to by me.

In the other sense the fork left an impression of quality about how it worked, and installed a strong feeling of trust in the rider. It was very sensitive,  sat high in the travel, without diving, and had really good progression at the end of its travel especially with big hits. Overall even with a FOX 36 this bike will be great in the suspension department. 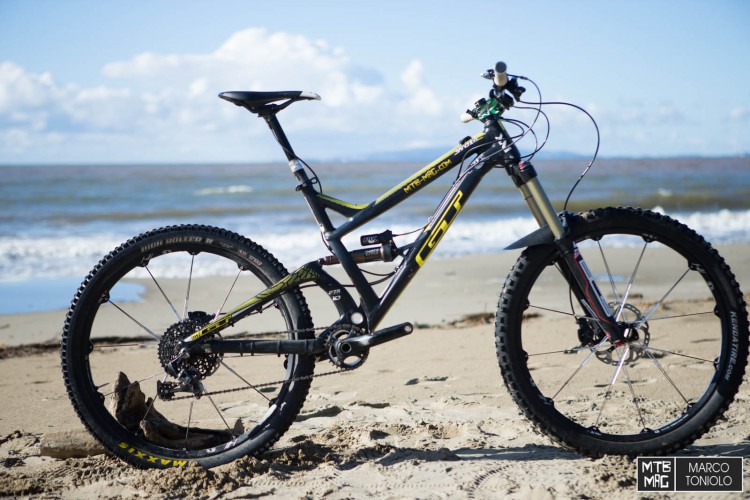 One of a few bikes with a lockout on the rear suspension, an essential in this category of bikes.

The Sanction has a fit that feels like a real medium size, at around 1190mm wheelbase, a little bit different than the quoted due to the fact the Bos had 170mm of travel which changed the wheel base slightly in respect to a Fox 36.

With a 35mm stem and a head angle of 65.5° it is sure that the bike is designed for descents, it actually feels or gives the impression of being like a mini DH bike.

The rear suspension eats every bit of rough trail, and remains reactive when you need it. This gives a secure feeling especially on the rough trail sections of Rock-Oh in Punta Ala. The system works well enough and gives a feeling of safety that it also responds well when you need to bunny hop or squash into the trail when anticipating the next corner. 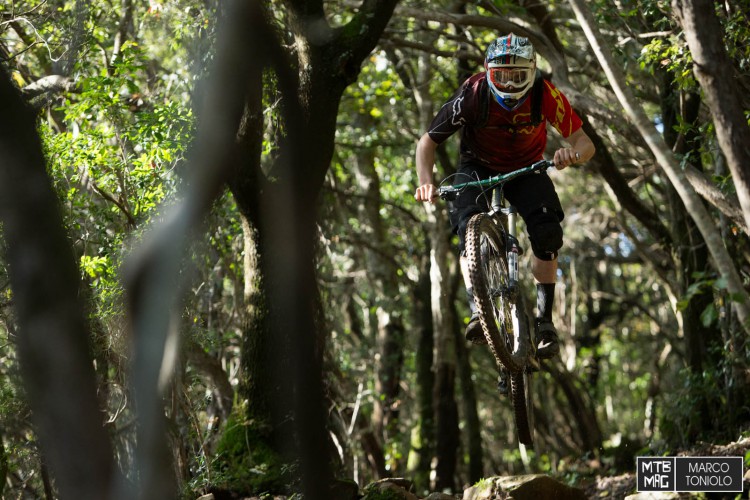 Marco popping over the rough stuff.

The bike is really well balanced also when the trails become less steep and smoother and require quick changes in direction, just like on the second part of trail 301 in Punta Ala for those who know the trail. However the excellent balance means the reactivity is less, but this was not what we were looking for as our deciding feature.

To get the most out of this bike you need to ride the bike aggressively with a tendency to keep the weight to the front.  Because of this it is not a easy bike for everyone like the Specialized for example. 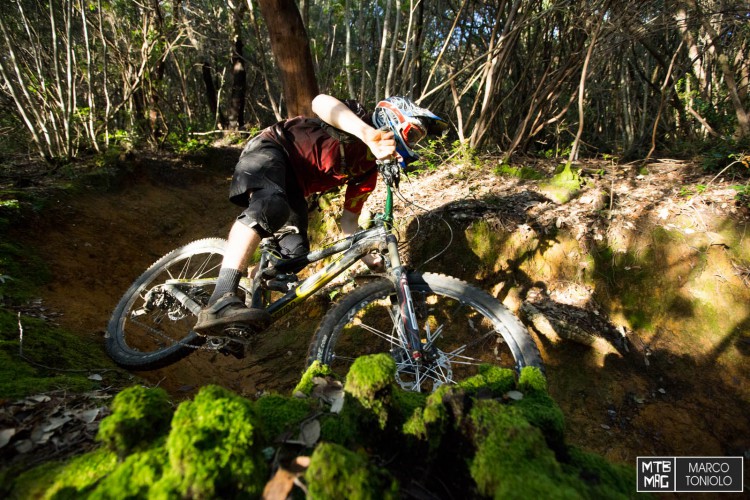 On climbs the bike performs well thanks to the lockout on the Float X, plus the I-drive system. You can feel definitely that the system reduces bobbing which can be influenced by each pedal stroke. The rear shock remote control can also be locked half open, but it is not that intuitive in its function like the Scott Genius LT one. In my opinion it’s a must to have it on bikes in this category.

In conclusion I don’t know if it is the fastest bike on the stages of an Enduro race, but for sure it has the greatest ride qualities  which can be made the most of.

Would I buy It?

I have a vision of riding that tends more towards gravity but I need a bike that does everything, so from this point of view I would say yes, I would buy it. You can ride Enduro races or ride trails in a modern bike park: this bike is simply for all, and the bike which I had the most fun on.

However if you are riding really long pedally rides it is definitely not the  best and you might be left behind by your friends, but for those who like this bike climbs are not the most important thing.