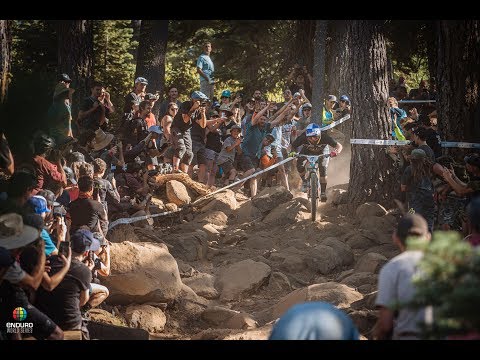 The penultimate race of the 2019 Enduro World Series, EWS Northstar California, finished the first day of racing with some of the biggest names in the sport separated by less than a second. 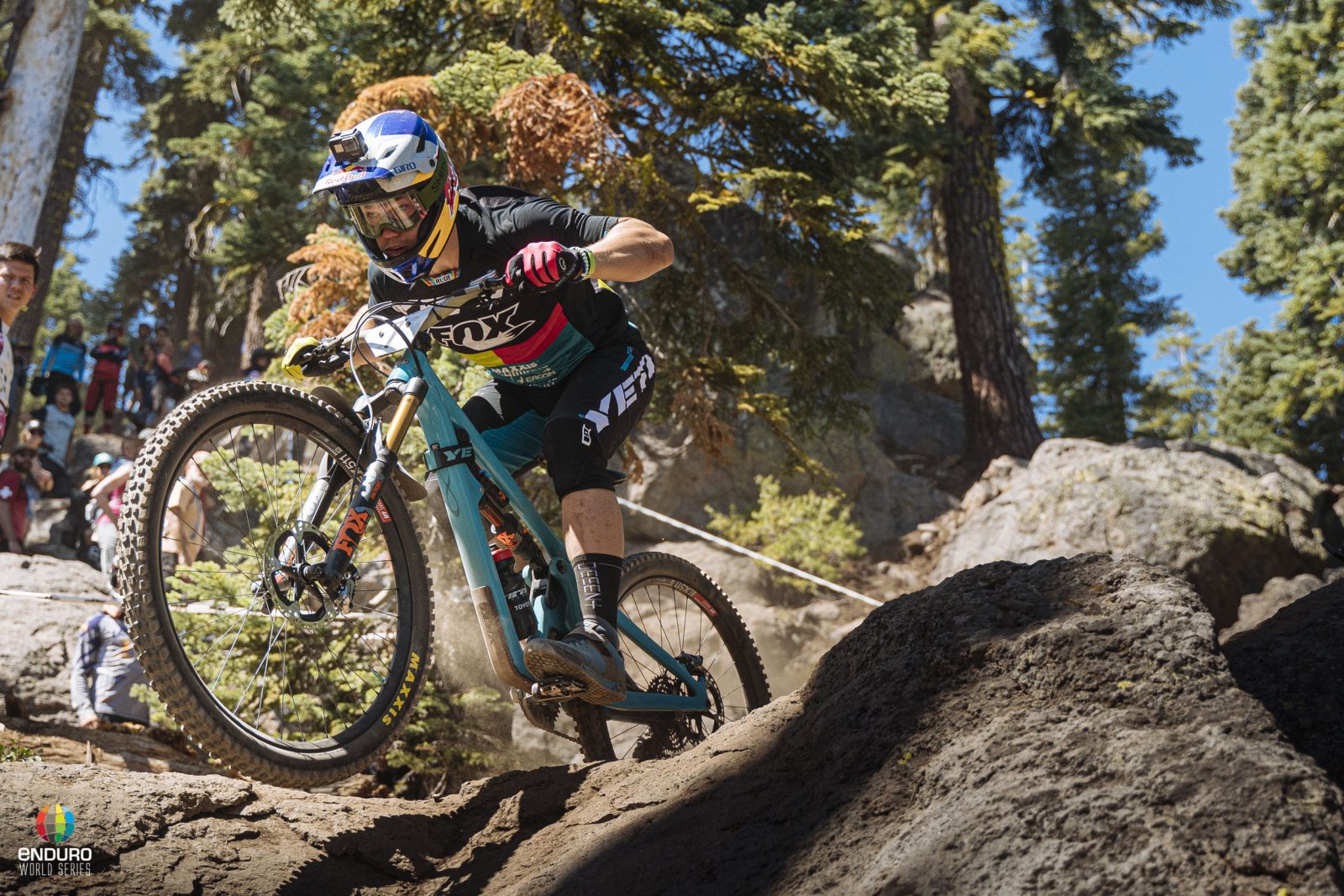 Saturday saw the racers tackle two rocky, challenging stages under a blazing Californian sun, resulting in Richie Rude (Yeti/Fox Shox Factory Racing) leading out Sam Hill (Chain Reaction Cycles Mavic) by less than one second. Mitch Ropelato came out to race in his home state and was rewarded with a third place finish. In his first race since Madeira, Martin Maes (GT Factory Racing) sits in fourth – just one second adrift of Ropelato, with Adrien Dailly (Lapierre Bikes) rounding out the top five. 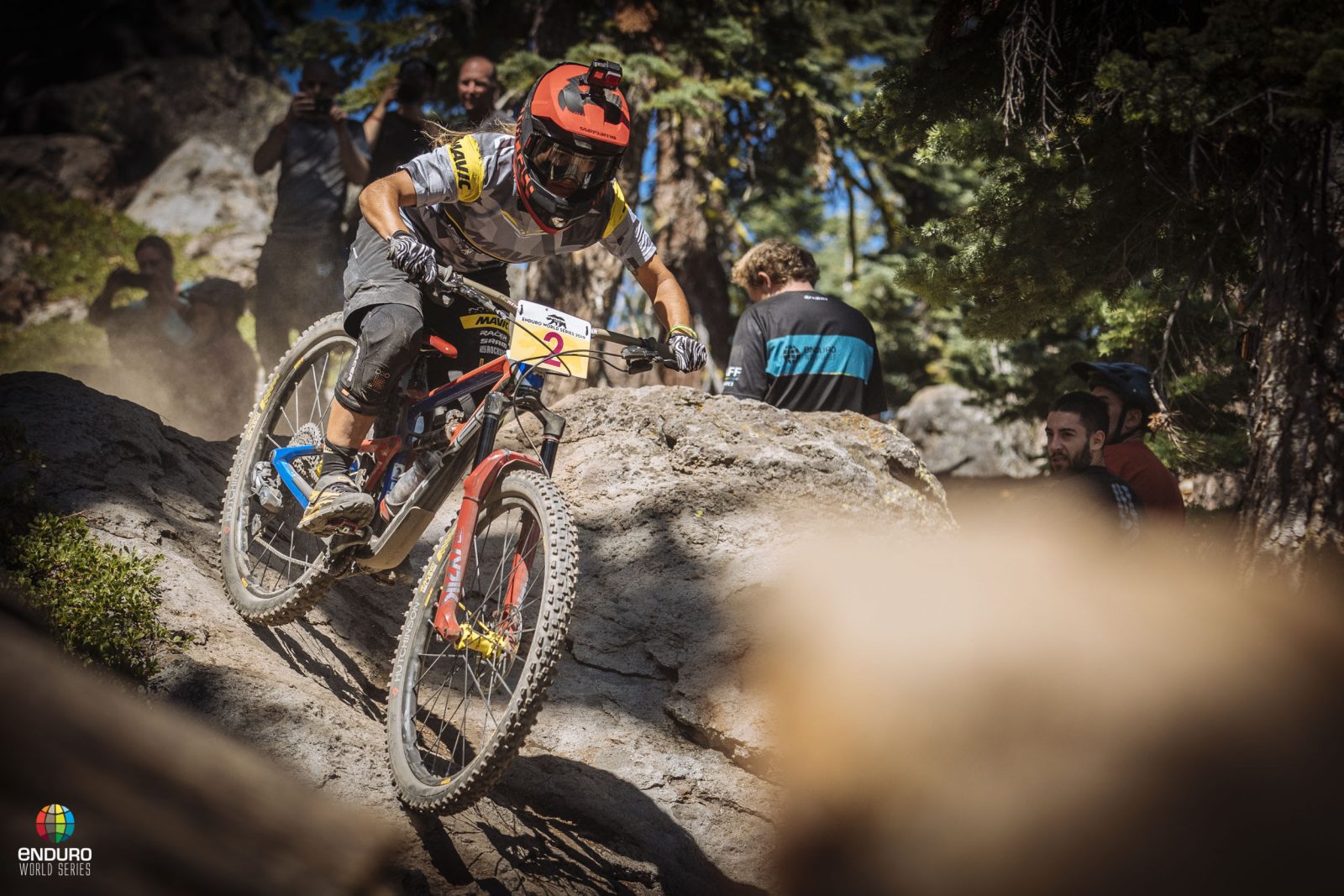 In the women’s race Isabeau Courdurier (Intense Mavic Collective) finishes day one in the same position as she started it – leading the women’s field. Courdurier has a convincing 11 second over second placed Noga Korem (GT Factory Racing), with Andreane Lanthier Nadeau (Rocky Mountain/Race Face Enduro Team) in third. Ines Thoma (Canyon Factory Racing) is in fourth place – and just four seconds outside the top three. Morgane Charre is also on the chase in fifth place, only one second behind Thoma. 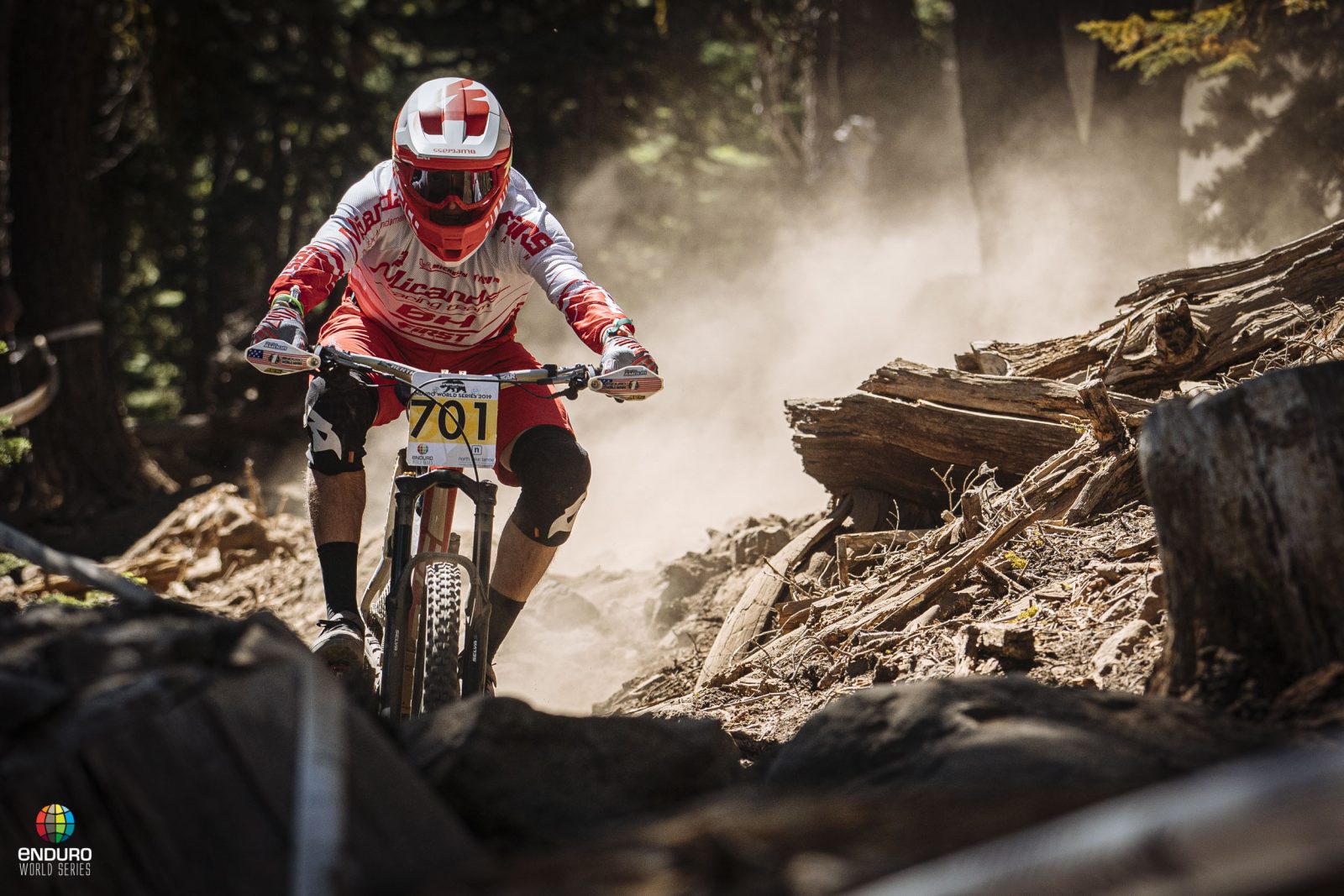 In the Master Men it’s series leader Karim Amour (Miranda Racing Team) who leads the race, with Cedric Ravanel (Commencal Vallnord Enduro Racing Team) 15 seconds behind in second position. Dan Krenicki of the USA rounds out the top three. Swiss rider Alba Wunderlin capitalises on her recent wins to lead the Master Women ahead of local legend Tasha Thomas, with the USA’s Heidi Kanayan in third. 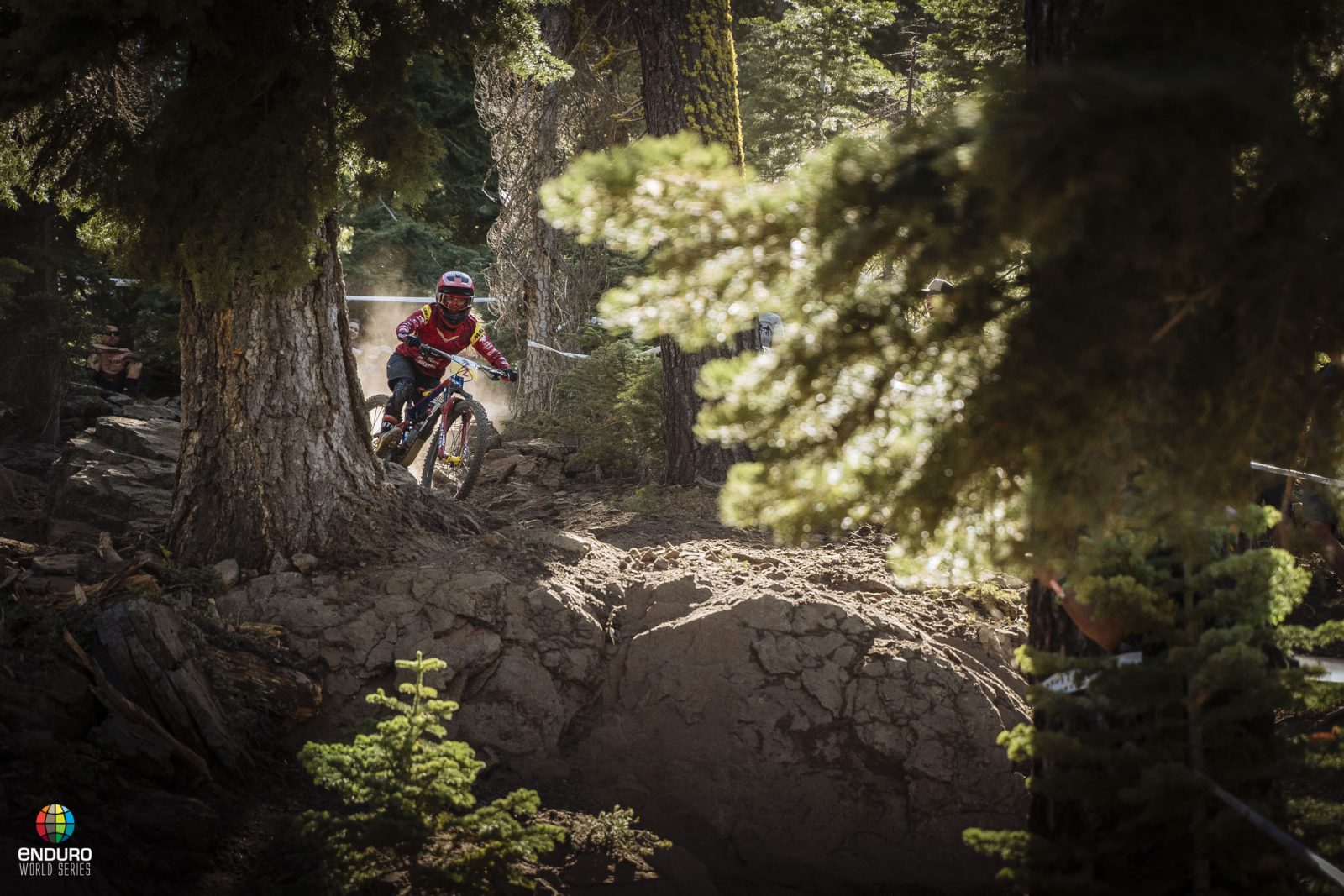 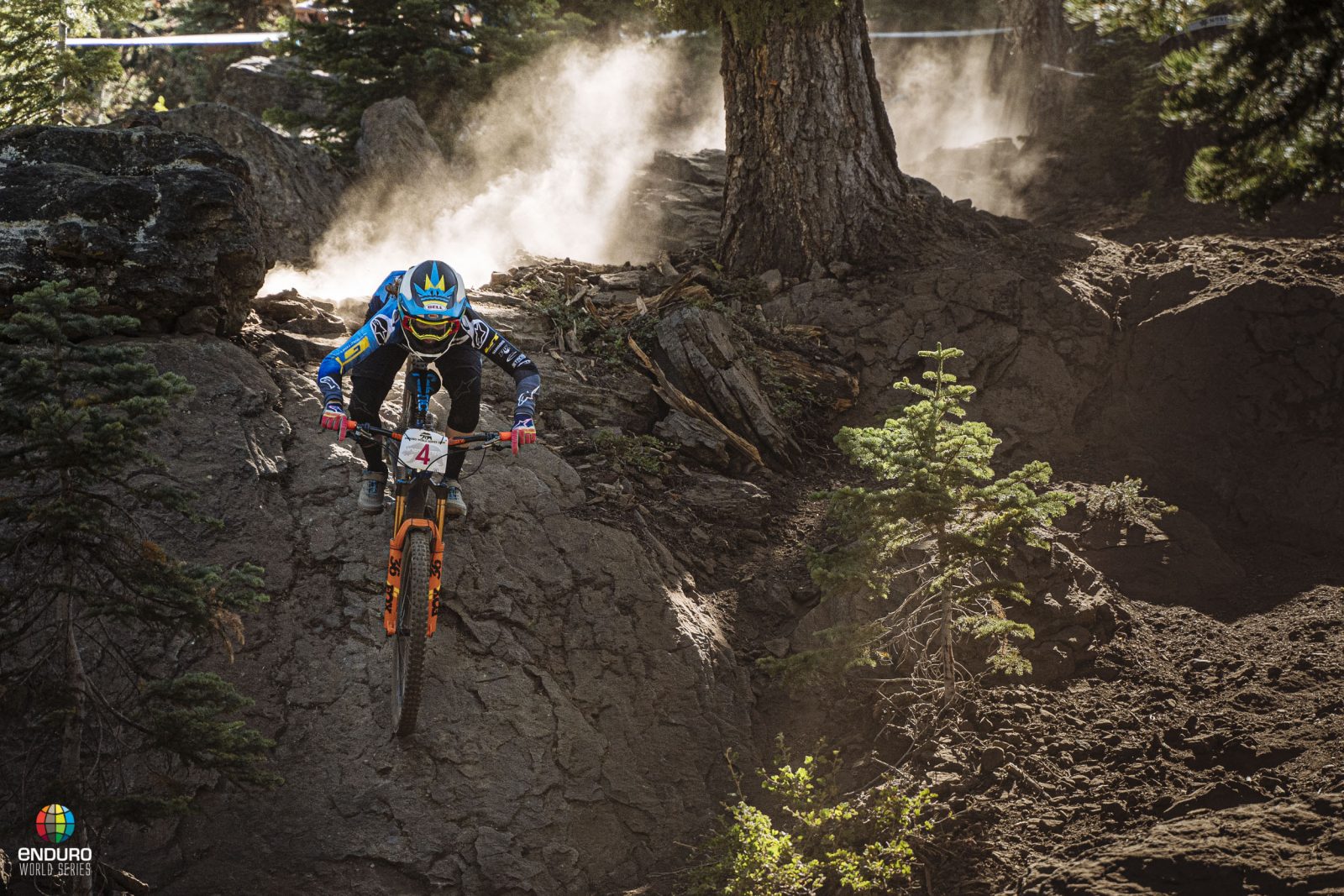 The race is far from over though – with four stages left to go on Sunday, including the ultra physical Queen Stage which will kick start the final day of racing.