Riders at the Enduro World Series once more faced down a weekend of wild weather and even wilder racing, this time at the Natural Games Millau EWS driven by URGE bp in France. 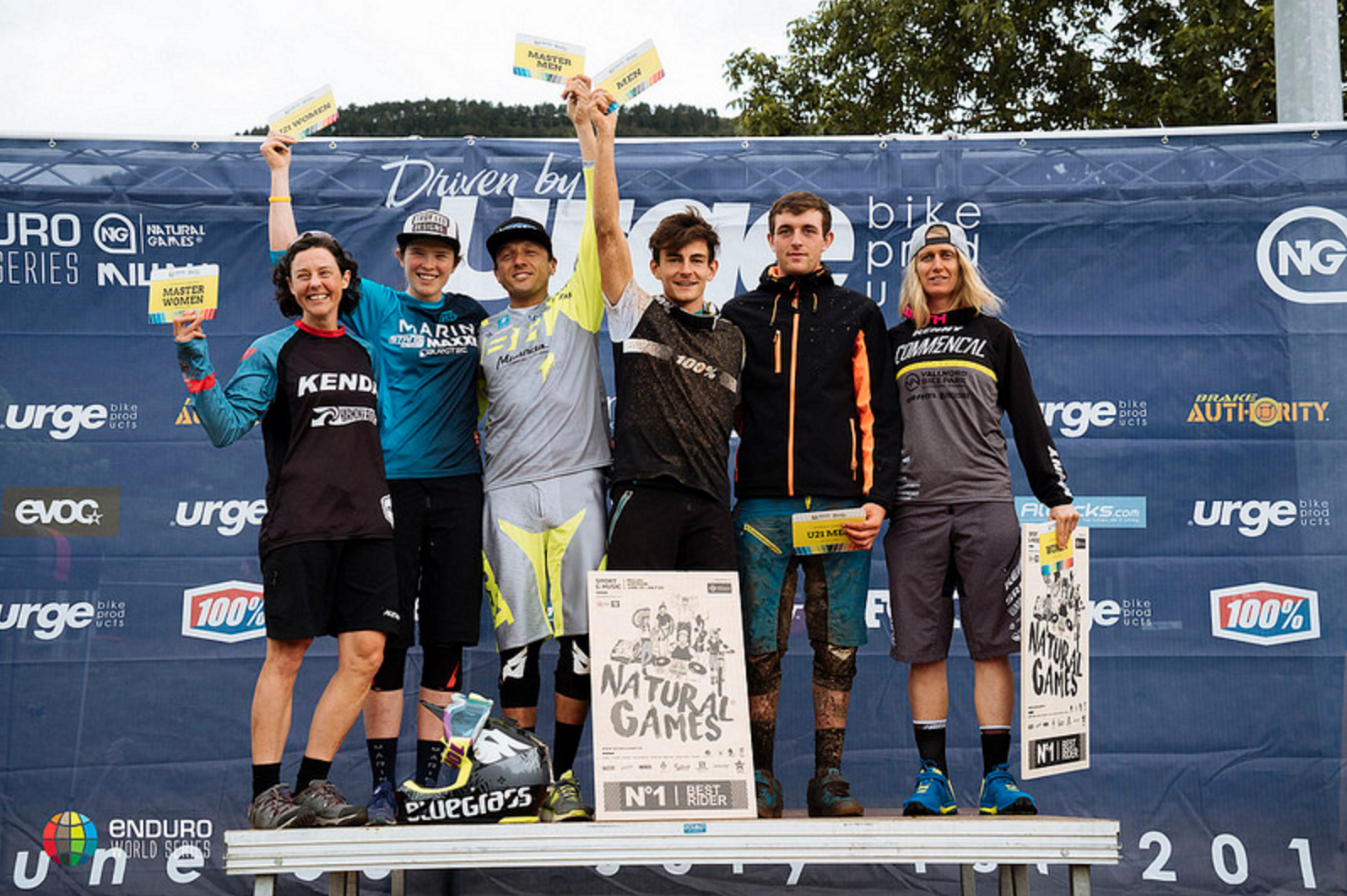 Already a big two days in the saddle at 88km in total, brutal weather further tested riders as they struggled to stay upright in some of the most difficult conditions of the year to date. And that’s saying something. 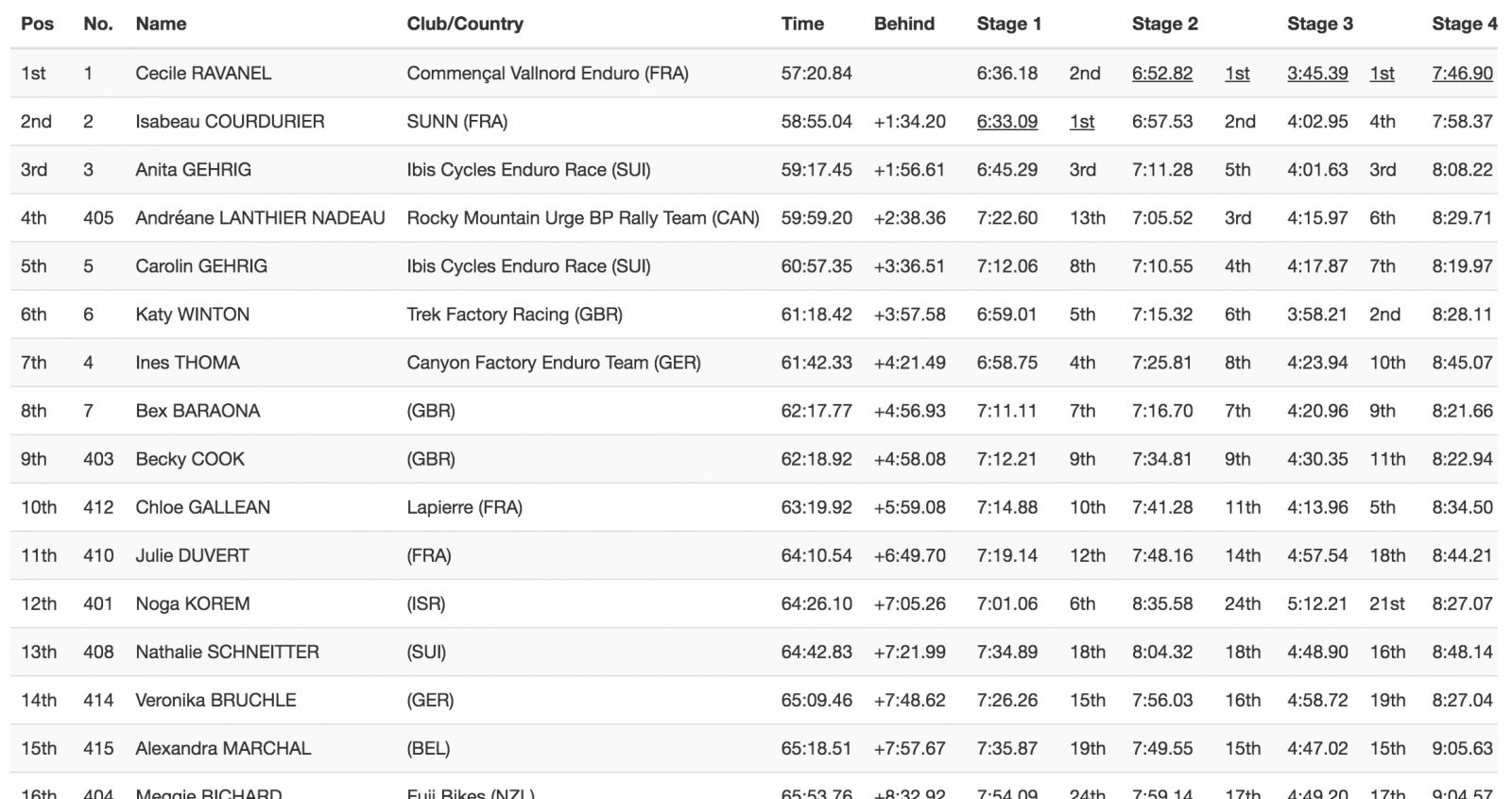 However, the French offered a masterclass in riding in the rain – with Cecile Ravanel (Commencal Vallnord Enduro Racing Team) and Adrien Dailly (Lapierre) stamping their authority all over this race to take the win in their respective categories. Alexandre Cure (BH MIranda Racing Team) and Damien Oton (Devinci Global Racing) took second and third to round out an all French top three in the men’s race. In the women’s it was Isabeau Courdurier (SUNN) in second and Anita Gehrig (Ibis Cycles Enduro Race Team) in third. 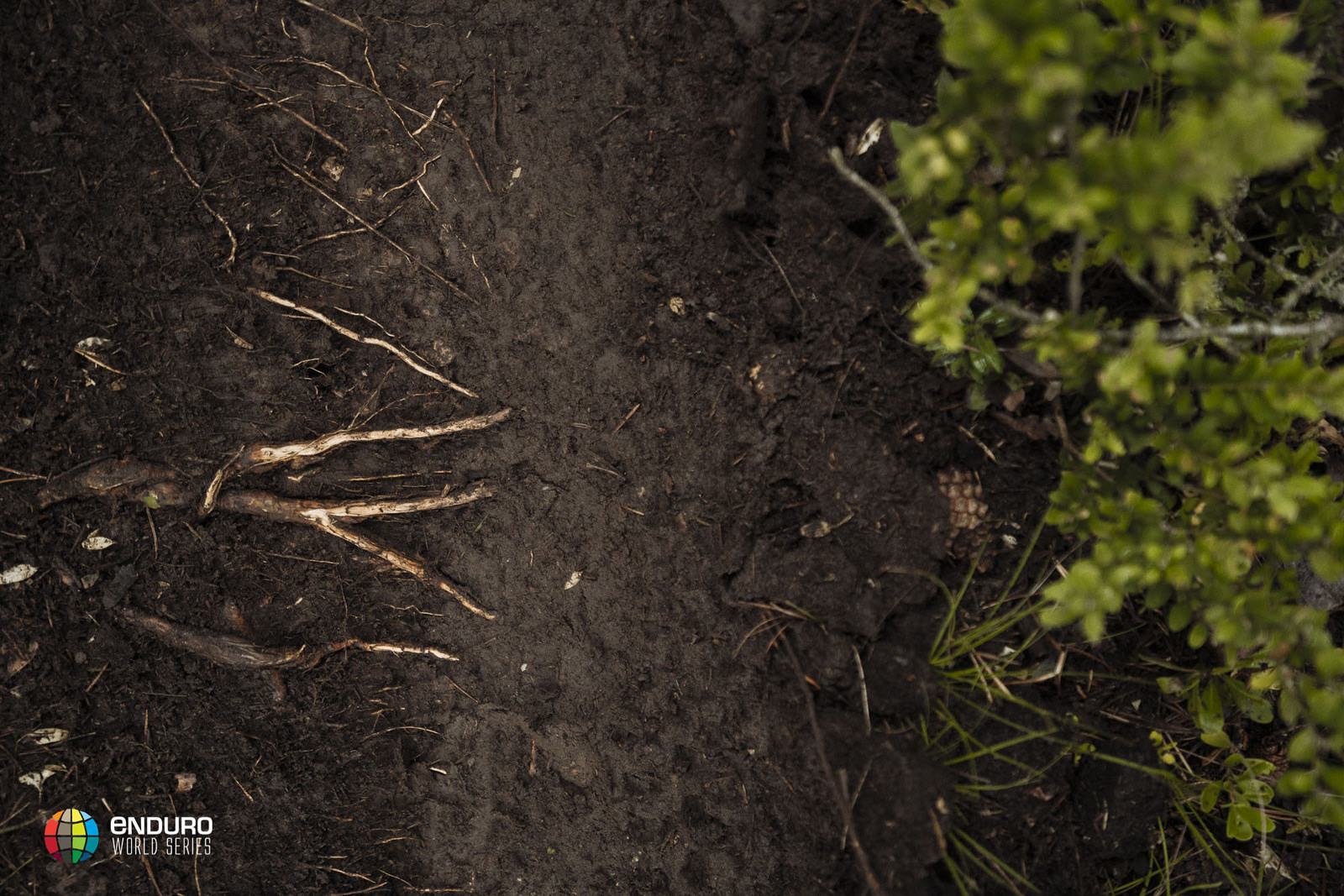 In the U21 Men it was another French affair with Theotim Trabac and Estelle Charles bringing home the win. Leah Maunsell and Martha Gill rounded out the top three in the women’s category, with Pedro Burns and Vojtech Blaha doing the same in the men’s.

In the team category it was Rocky Mountain Urge BP who were team of the day, Ibis Cycles Enduro Race Team in second and BH-Miranda Racing Team in third. Ibis now lead the team standings heading into round six. 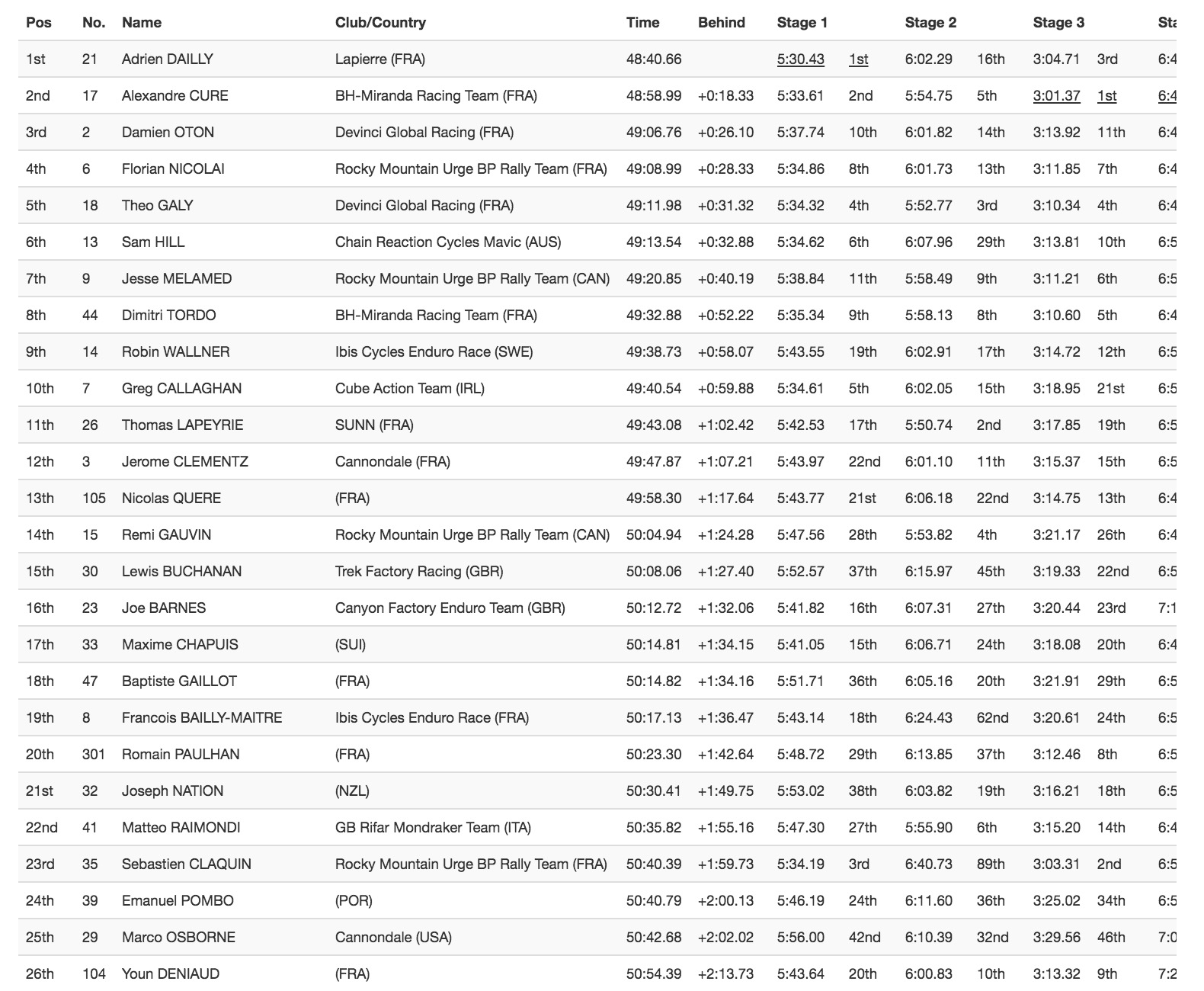 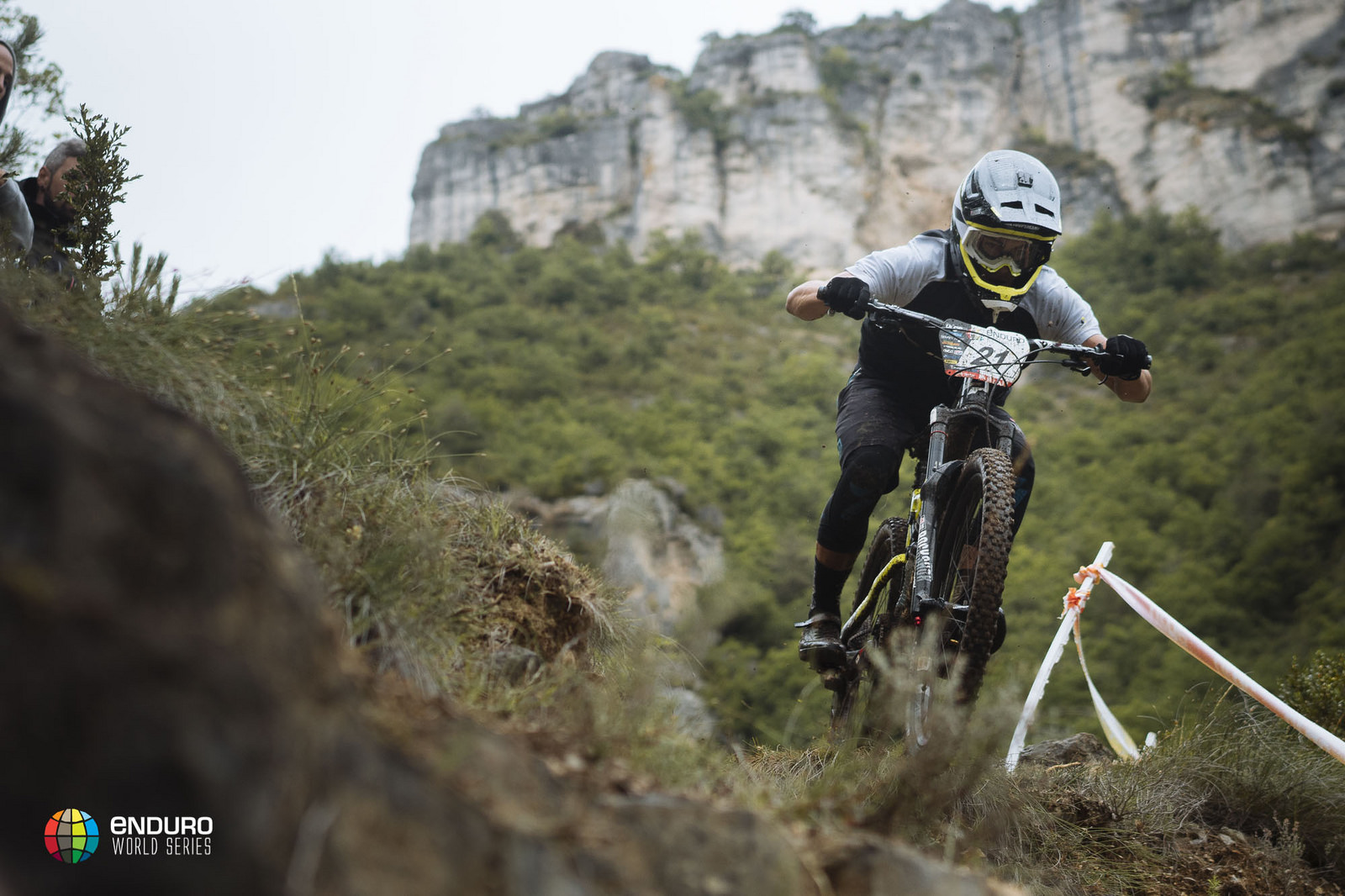 Speaking after the race Dailly said: “It was super cool to be on the podium with my French friends. The conditions were hard – so much rain and so slippery. I’m ready for some dry races now.”

Cecile Ravenel said of her run: “Today was hard, but so was yesterday. I had a crash in the last stage yesterday and my ankle is pretty sore so I just tried to ride safe. I just hope that the next three rounds will be dry now.” 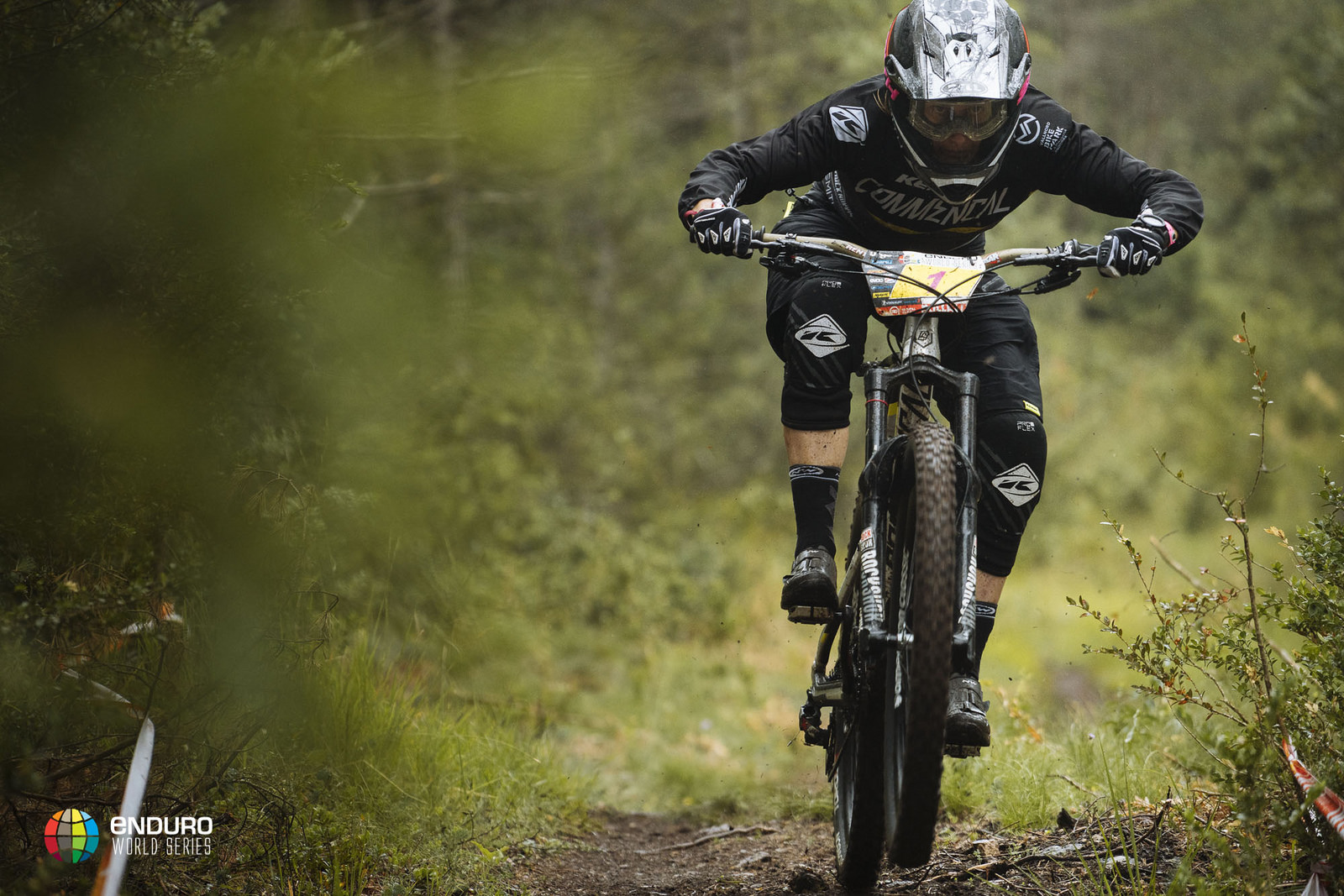 Full results from today can be found here.

The series now turns it’s attention to the USA and round six, the Yeti Big Mountain Enduro powered by Shimano, in Aspen Snowmass on July 29th and 30th.