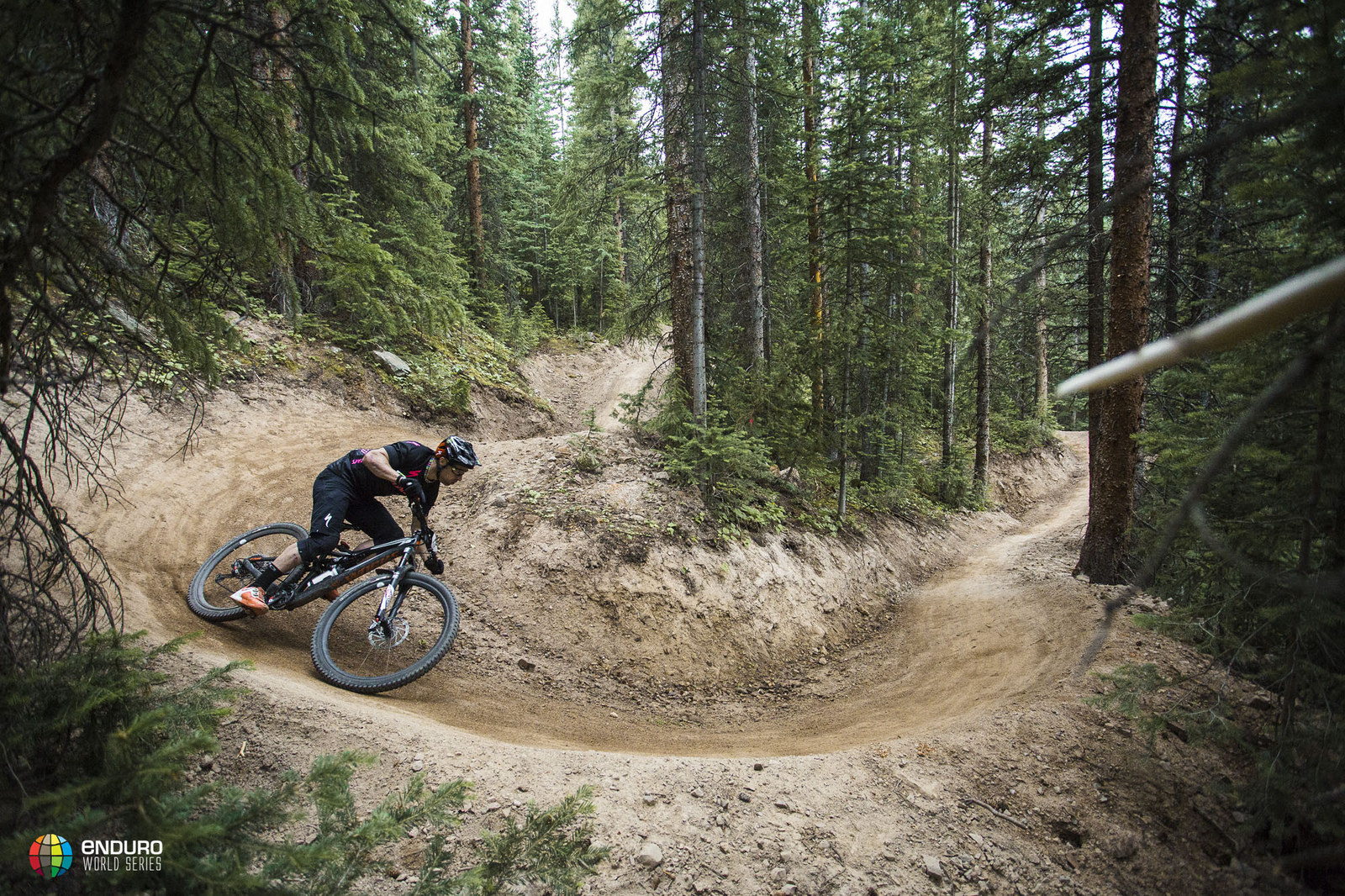 Racing under a hot Colorado sun at an elevation of 10,000 feet is no mean feat, but Graves and Ravanel made it look effortless as they dominated their respective fields. Neither had much time to take in the stunning views of the iconic Aspen Snowmass region, as they were too busy putting significant time into their competitors. 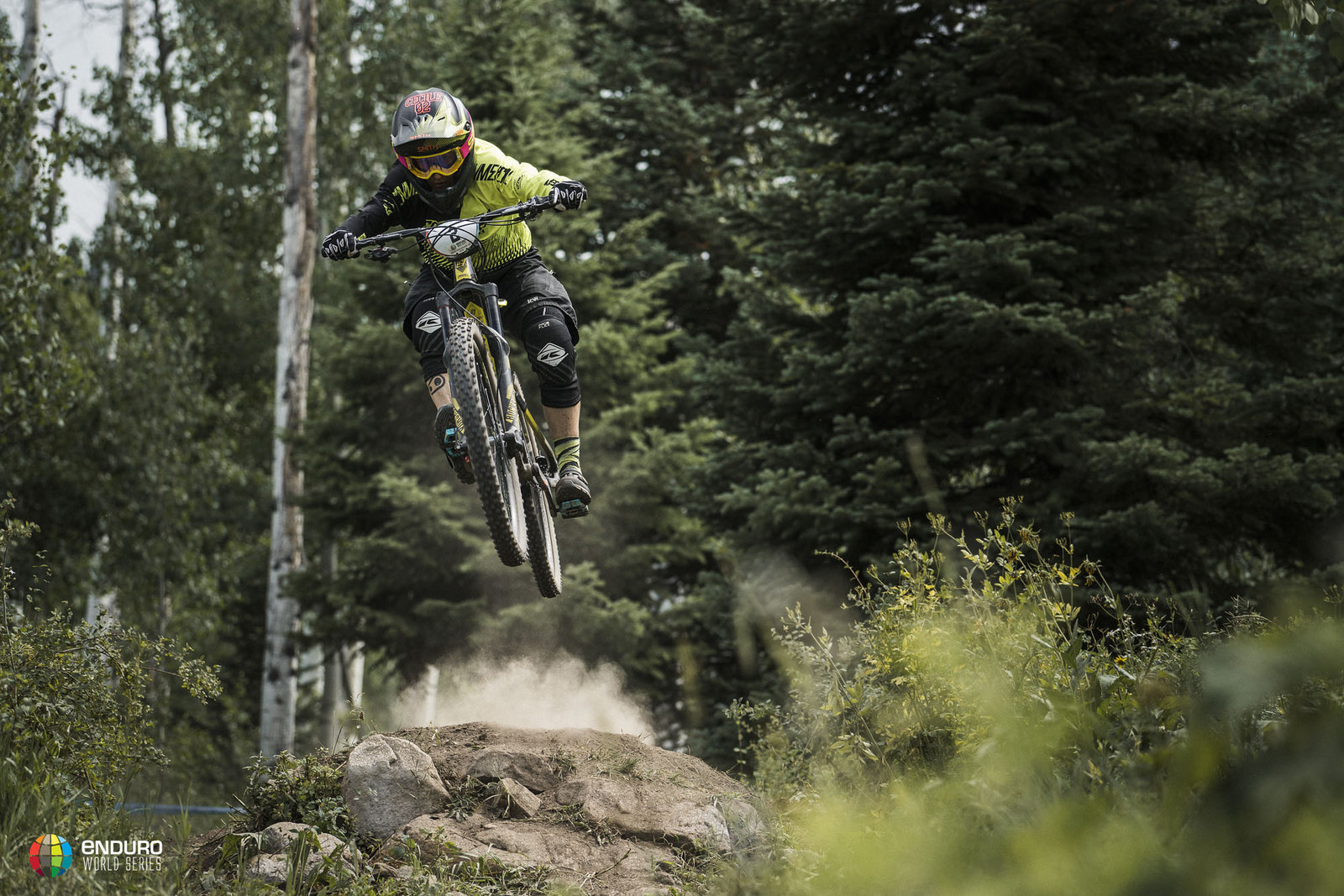 In the women’s race Cecile showed her intentions right from the start – she finished day one with a 53 second lead over second placed Isabeau Courdurier (SUNN) and 56 seconds ahead of Anita Gehrig (Ibis Cycles Enduro Race) in third. It was a similar story for Graves – finishing the day 21 seconds up on Nico Lau (Cube Action Team) and 31 seconds back was Martin Maes (GT Factory Racing) in third.

But Sunday saw a changing of the guard. Jared and Cecile’s lead remained unchallenged, but the fight was most intense for the remaining spots on the podium. Anita Gehrig (Ibis Cycles Enduro Race) got to enjoy her first taste of the podium as she finished the race in second, with Isabeau Courdurier having to settle for third. Nico Lau held on to his second spot, but a strong showing from Jerome Clementz (Cannondale) boosted him into third position. 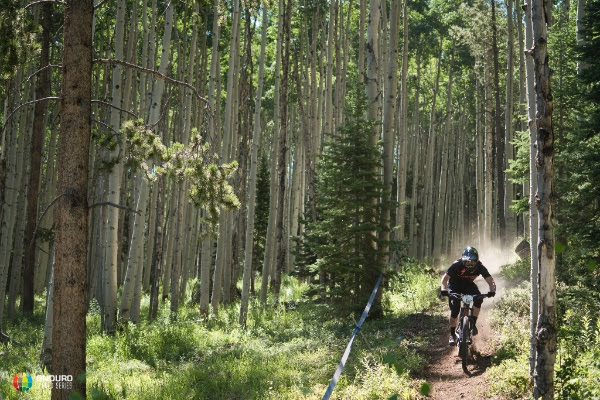 Speaking at the end of the day, Jared Graves said: “It was a really good weekend, I’m just happy to put a good weekend together as it hasn’t happened all year and it’s been really bugging me a lot, especially the last two races. 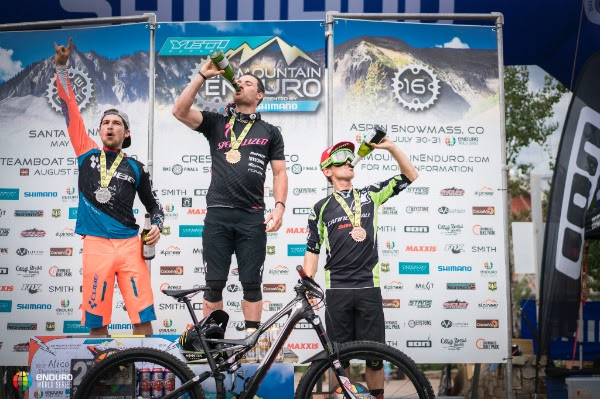 “I like racing at altitude and I’m always comfortable and confident in Colorado, I like the stages and think they had a good mix and after I went well on stage one it gave me confidence and I rode like I knew I could. I always feel good about Whistler so I can’t wait – it’s going to be awesome.” 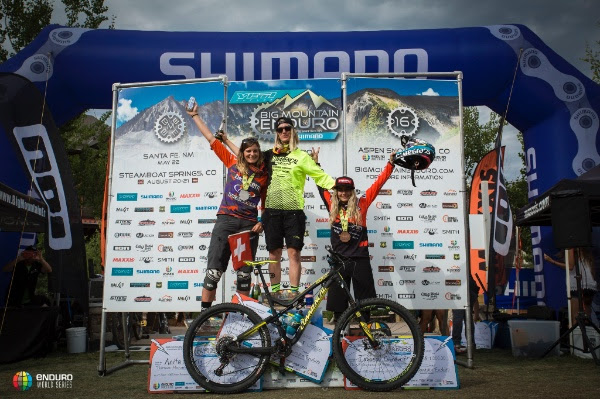 Cecile added: “I tried to have some fun – it was difficult with the altitude and the physical stages, but in the end I just took pleasure from the riding. Now I’m looking to Whistler – it’s my goal for the year to win Whistler but I’ll just have to wait and see.”

In the U21 Men’s competition it was Adrien Dailly (Lapierre Gravity Republic) who came out on top. A strong showing from Sebastien Claquin (Rocky Mountain Urge bp) wasn’t enough in the end and he finished the day in second, with round three winner Killian Callaghan sitting third. In the U21 Women it was a USA sweep with Samantha Soranio in first, Lia Westermann in second and Abby Hobbs in third.
In the Master’s men Michael Broderick of the USA won, with Joe Lawwill and Randal Huntington in second and third respectively.

In the team competition  Rocky Mountain Urge bp came out on top, Ibis Cycles Race Enduro in second and Specialized in third.

The series stays in North America for round six as it heads to Whistler for the SRAM Canadian Open Enduro presented by Specialized.

Riding the Giant Trance in the Chilcotin Backcountry