Lukasik and Bernhard win in Schladming

Slawomir Lukasik and Petra Bernhard have been crowned the winners of EDC round three in Schladming. They clearly dominated the field of 400 riders from 27 different nations who made their way to the Planai for another exciting weekend full of Downhill action. 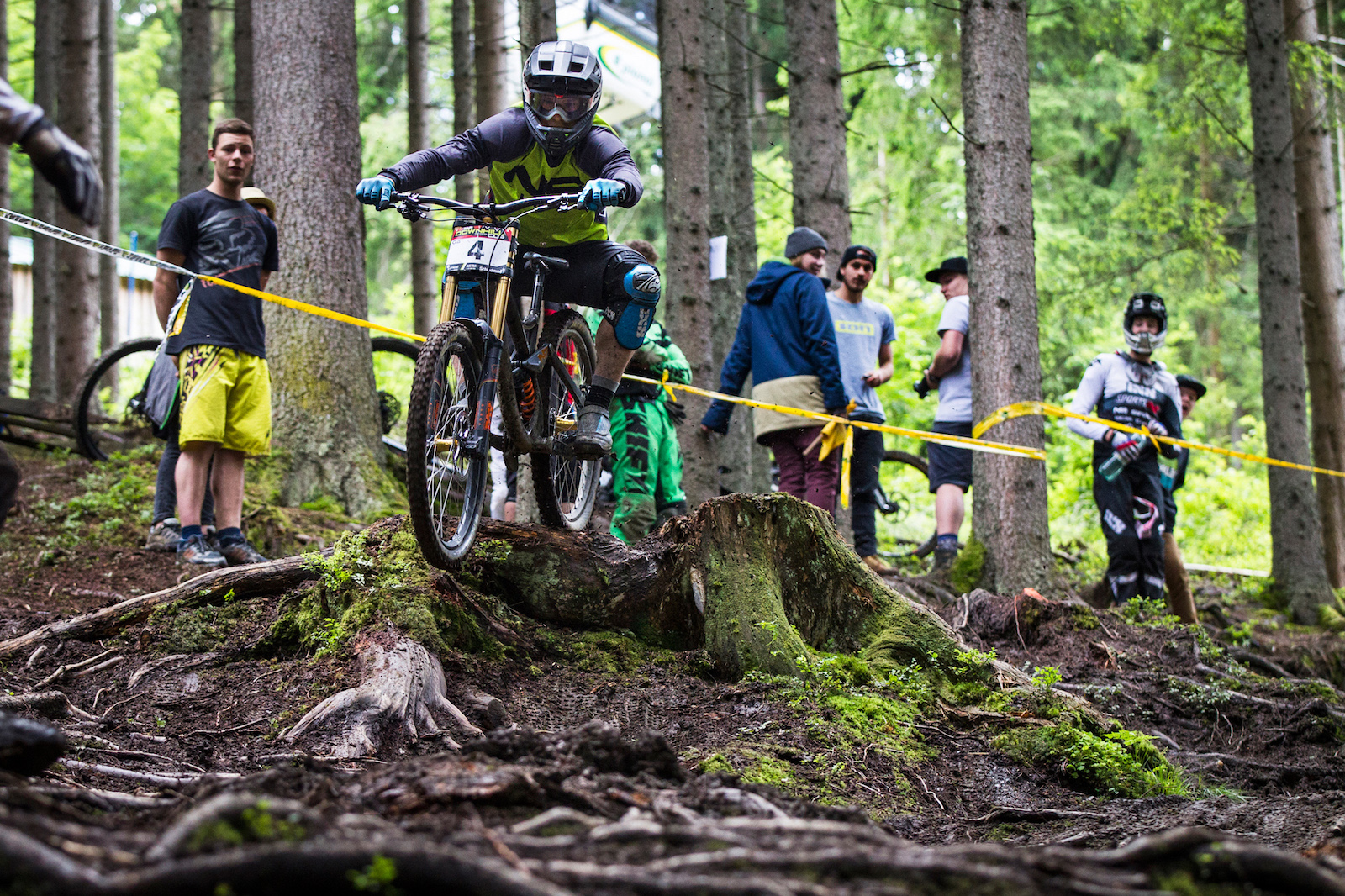 Last weekend the third out of six races of the iXS European Dowhill brought us all to Schladming and the first half of the season already came to an end. Schladming officially is regarded the most important sport venue of the Steiermark and is always one of the riders’ favorite destinations of the downhill season. The almost legendary Planai track is one of the hot spots of the international downhill scene and provides the riders with a spectacular scenery, especially since the finish area is situated in the newly-built stadium of the Alpine Ski Championships.

In addition to the actual race, the organizers had lots of side events up its sleeve and invited the riders and visitors to spend the last 3 days packed with action. After Friday’s track walk and training session the crowd made their way to the Planai Pump Masters.

On Saturday the obligatory training session was held, before the race officially started with the qualification runs in the afternoon. Fortunately, the overall conditions were quite good and definitely better than the forecast had promised. 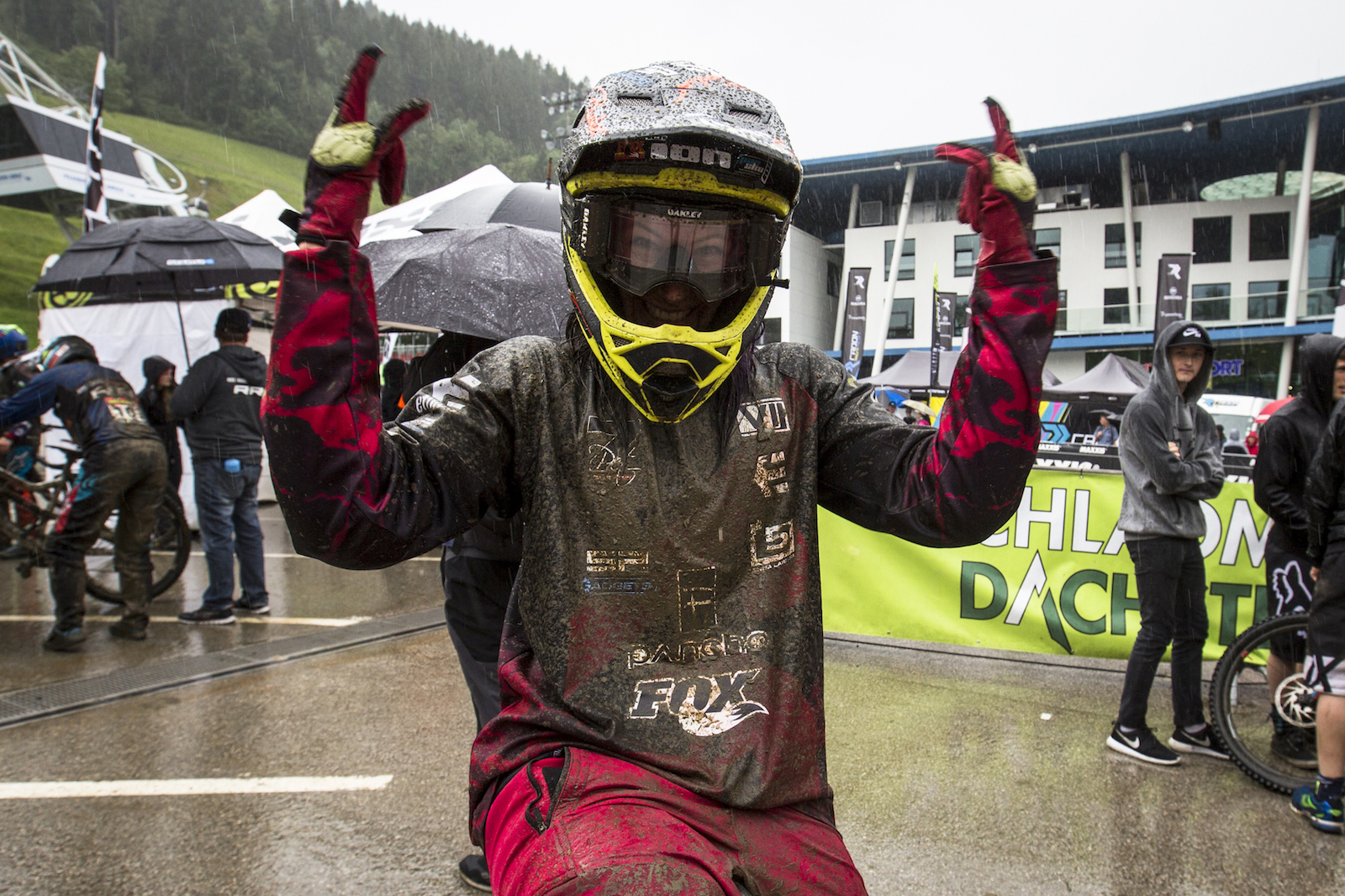 The Elite Women category started off with quite a surprise when former Austrian Champion Petra Bernhard (AUT – RC Gravity Eagles) returned after she left the scene already 3 years ago. But nevertheless, she set the best time of the seeding, leaving all the other odds-on favorites of her category in the dust.

And also the results in the Elite Men category were far from predictable: while some riders with rather high numbers on their plates managed to finish among the fastest riders, others, and even some of the regular top 20 riders would not have reached the Super Final this weekend if it had not been for their status as “protected”. David Trummer (AUT – RRP) made it an Austrian double in the seeding, followed by Johannes Fischbach (GER – Radon Magura Factory Team) who still made it to second place after he crashed.

After the seeding the crowd once more returned to the stadium for the Austrian Whip Offs, crowning Manuel Schretter (AUT – Redneck Riders) as this year’s champion. After that it was finally time for the riders to turn in and recharge the batteries for the finals on Sunday, while the sleepless souls danced all night at the Cult club.

The U17 category was opened by the female junior riders, crowning Valentina Höll (AUT – YT Industries/Spielberghaus) as fastest. Among the male junior riders Jan Flor (GER – Solid National Racing) succeeded and finished split seconds faster than his team mate Marcel Merkeli. Mika Hopp (GER – Race and Style Woinem) finished in third and made it a German triple at the podium.

After Andreas Kolb (AUT – Sports Nut DH Team) succeeded in the Small Final of the Elite Men, all eyes were on the U19 category. Unfortunately, this was also when the weather decided to finally adjust according to the original forecast and heavy rainfall set in. With conditions like these, the rain turned the ground into mud within minutes and limited the sight to a minimum. Max Hartenstern (GER – MTB Bande Schatzki) succeeded again after he already finished fastest in Willingen and even reached the top 10 in his first World Cup in Leogang. It really seems like this will be a name to remember! Till Ulmschneider (GER – MRC Young Guns) finished in second place in the U19, followed by Joe Breedan (GBR – Solid Reverse Factory Team) in third. 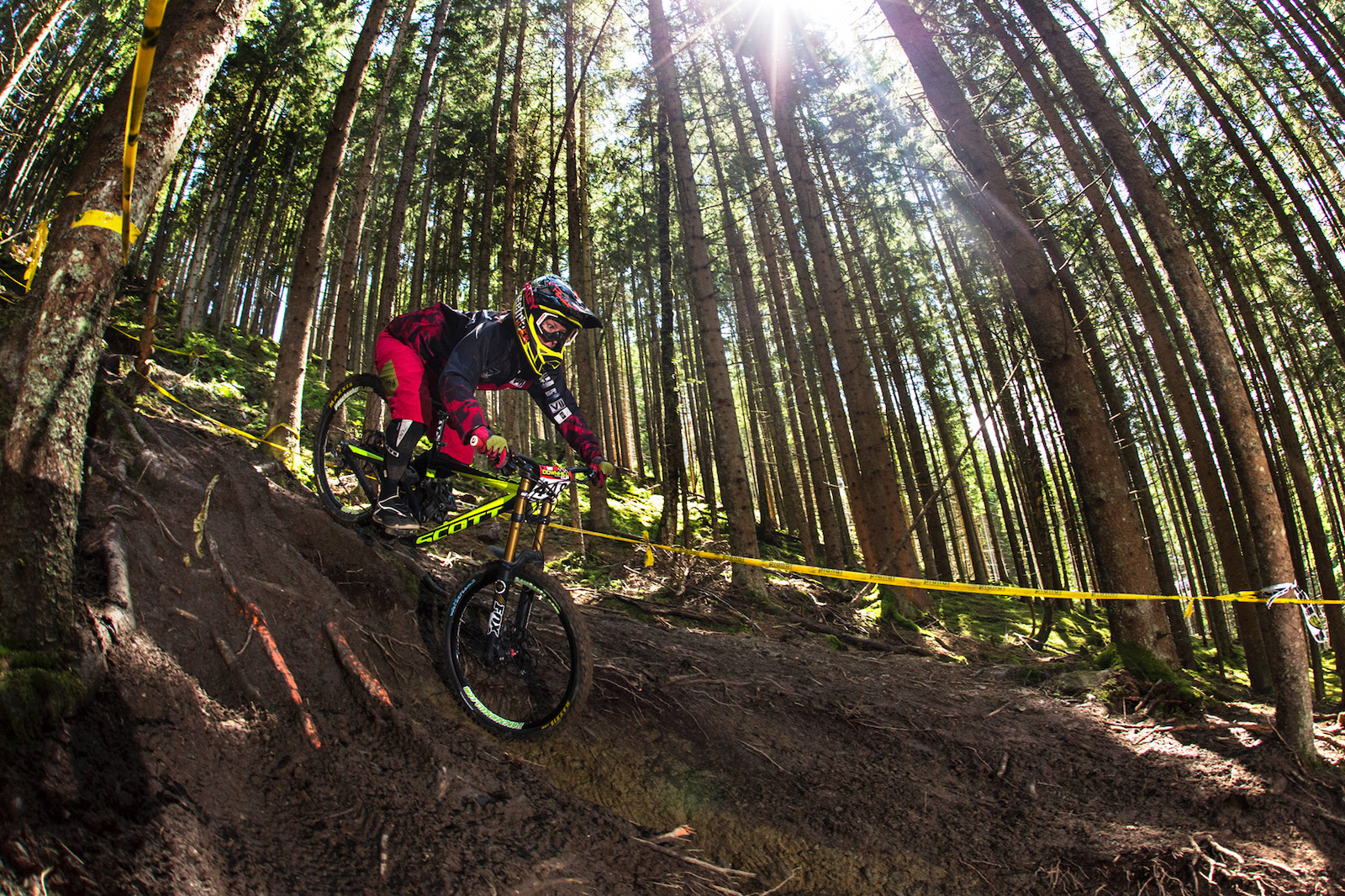 In the Elite Women category Petra Bernhard demonstrated that it was more than luck in Saturday’s seeding and that she still has a lot of skill and talent to offer. With more than 12 seconds towards second place Monika Hrastnik (SLO – Blackthorn), she clearly dominated the race even though, or maybe especially because she started without too much pressure. Jana Bartova (CZE – RRP) finished in third place, followed by Veronika Widmann (ITA – Bike Club Egna Neumarkt) and Sandra Rübesam (GER – Rose Factory Team).

In time for the Super Final of the Elite Men the overall conditions were extreme to say the least, and to reach the podium required a lot of hard work. Stefan Garlicki (RSA – Solid Reverse Factory Team) set a first rather promising time with 4:28.903 minutes, but Laurie Greenland (GBR – MS Mondraker) finished even 8 seconds faster before Garlicki could spend too much time in the Red Bull Hot Seat. For Jure Zabjek (SLO – Unior Tools Team) and Markus Pekoll (AUT – MS Mondraker) the track and the overall conditions took their toll and both odds-on favorites had to be disqualified after accidentally leaving the track due to a crash. Slawomir Lukasik (POL – NS Bikes FroPro) delivered an extremely fast run and set a new best time of 4:17.338 minutes when he crossed the finish line, which was even 3.5 seconds faster than Greenland’s result. After that, all eyes were on David Trummer – the last man down the hill and the last rider to still challenge Lukasik’s lead. But when Trummer crossed the finish line, his result was not fast enough to win, but still fast enough to reach the podium in third. After finishing second already twice in the EDC 2016, Slawomir Lukasik finally took his first victory of the season, while junior World Champion 2015 Laurie Greenland took his first podium in the Elite category with the second place. David Trummer finally seems to have returned to top form and completed the podium in third.

It is half time – about time to take a look at the standings! In the overall EDC rankings Slawomir Lukasik currently leads the field with 806 points, followed by Johannes Fischbach, who lost some points after finishing in 27th this weekend, with 772 points. David Trummer currently holds rank three.

As expected, Schladming hosted another exciting round of the European Downhill Cup and once more has proven to be one of the favorite venues for both riders and fans. One thing we definitely know for sure: there are not many venues who simply have it all – the perfect all-round downhill package. The only thing that could have been improved this weekend was the weather, but that somehow seems to be a problem all over Europe, so we probably shouldn’t take it personally. The next round of the EDC takes us to Spicak (Czech Republic) in only 2 weeks’ time! For more information, visit www.ixsdownhillcup.com