Finally… After battling to get his first world cup win for what seemed like ages, Danny Hart finally did it in Lenzerheide.  Back in 2011 he won World Champs at Champery but in all of these years he never managed to win a World Cup Race until now.  What a race it was.  Aaron Gwin took an early commanding lead after a 19th place qualifier.  Rider after rider just couldn’t seem to touch him.  Not even last year’s winner Greg Minnaar.  For about 90% of his run, Danny was down at the splits but not by much.  It was in the last 20-30 seconds that he started to pull Gwin in.  Incredible racing, in Danny’s words “Sketchy”…

Shortly before Danny’s win, we had a chat with him and went through the details of his bike.  That can be found here.

You can also watch his winning run right here:

Early on this week it looked like there could be a shake up in the Women’s field.  With Tahnee Seagrave winning qualifiers it appeared that she just might be able to take the win from Rachel Atherton…Lo and behold, Rachel would win her 11th consecutive race.  With under a full second lead, it wasn’t by much but she won fair and square.  However, it is nice to see Tahnee nipping at her heels and giving her a run for her money.

In the Juniors, Finn Iles took a commanding lead by a nearly 3 seconds over Elliott Heap.  Clearly this kid has the consistency for the big leads. 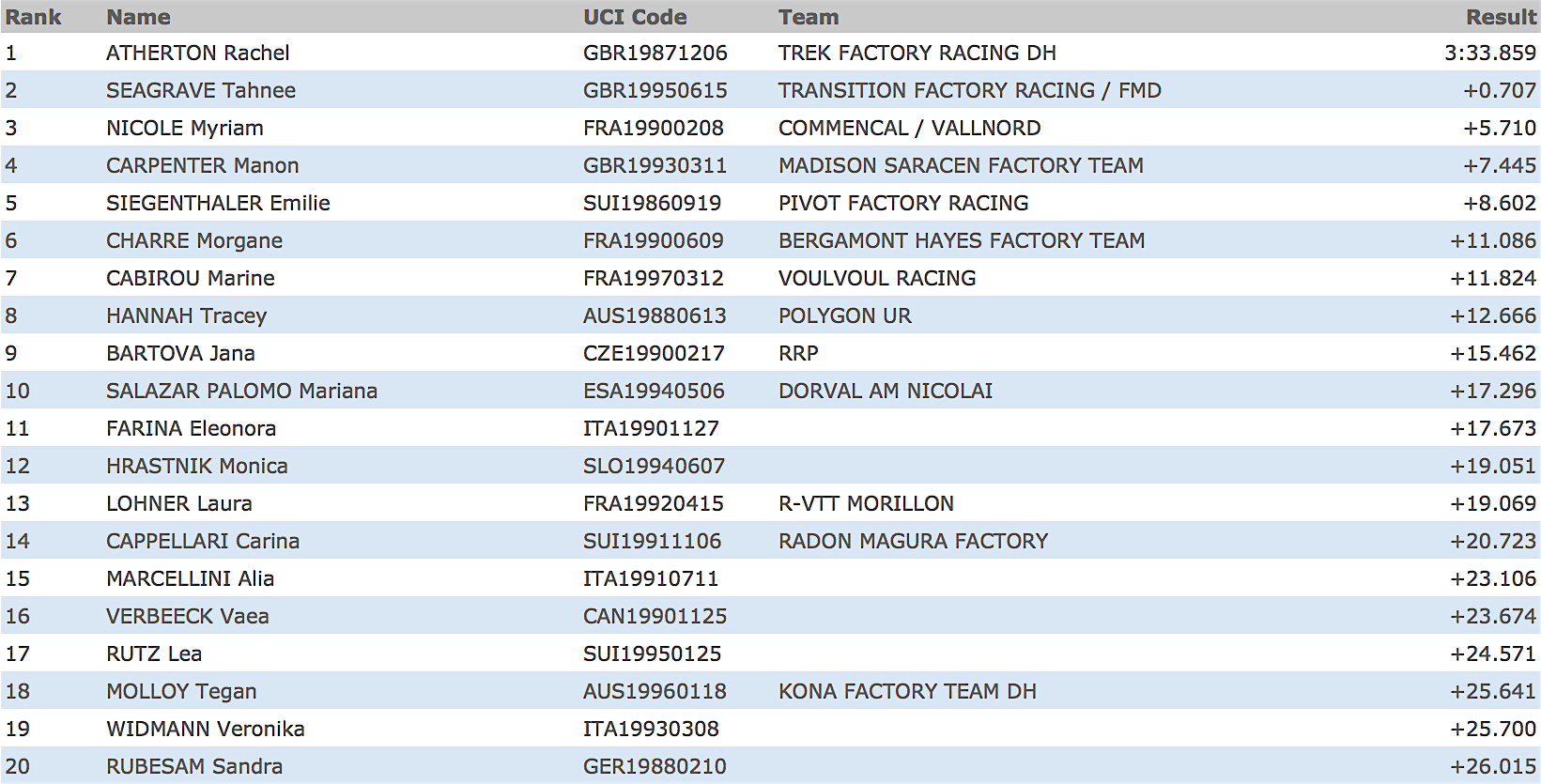 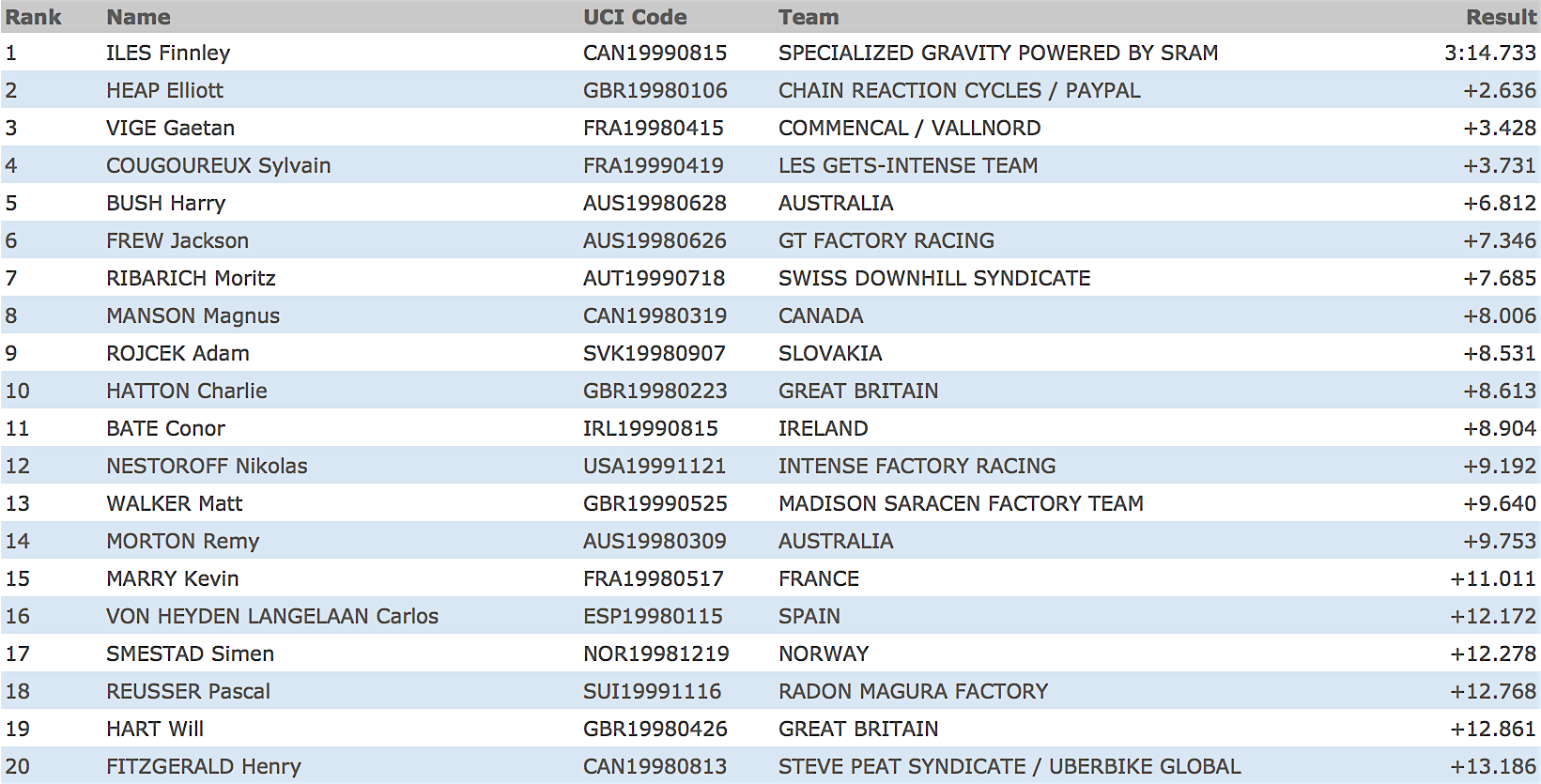