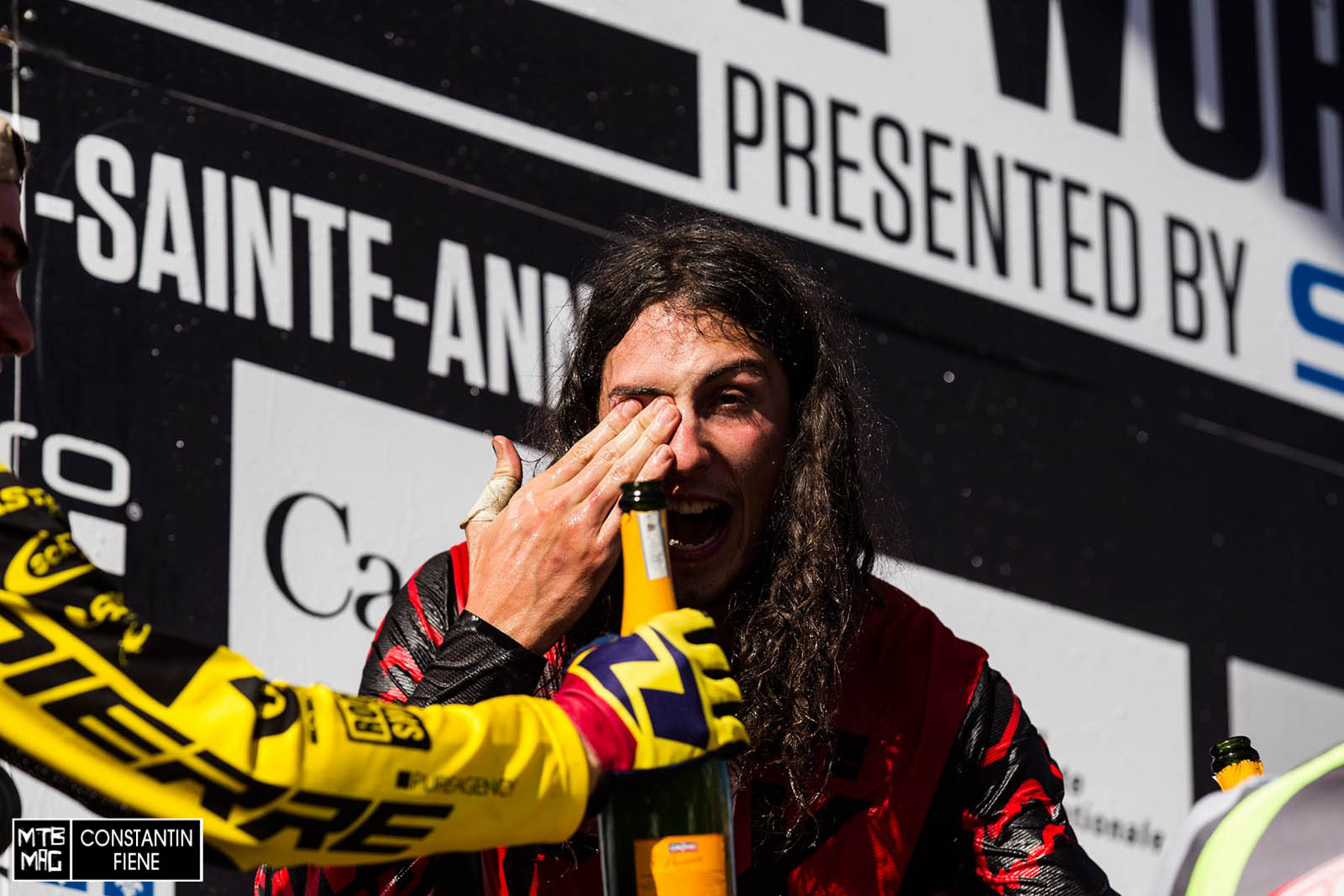 [ad3]
INCREDIBLE racing today. In the men’s Aaron Gwin laid down a stormer of a run to upset Ed Masters from the hot seat by about 5 seconds. Loic Bruni would upset him with a blown up chainguide by a good 4 seconds. The rest of the field was tight and it was looking like Loic’s race to lose. Minnaar came close and Mark Wallace barely got edged out of his first podium on home turf by Marcelo Gutierrez. Ratboy smashed it and took the hot seat. Troy Brosnan came down as the last man on track and was oh so close to upsetting Ratboy…He pulled back time in the last section of track and was .225 back. What a show. In the junior mens, TWR racer Laurie Greenland takes another big win in MSA proving he is here to stay. Alex Marin from the Giant Factory Off-Road team would come in a distant 6.66 seconds back with Andrew Crimmins nipping at his heels. Andrew may have crashed as he has been showing major speed during this round.

As the rain started looming, Rachel Atherton proved to be unstoppable and clocked in a full 3.4 seconds up on World Champ Manon Carpenter. After sitting out the last round, Myriam Nicole rounded out the top 3 and showed that she’s resilient enough to bounce back onto the podium 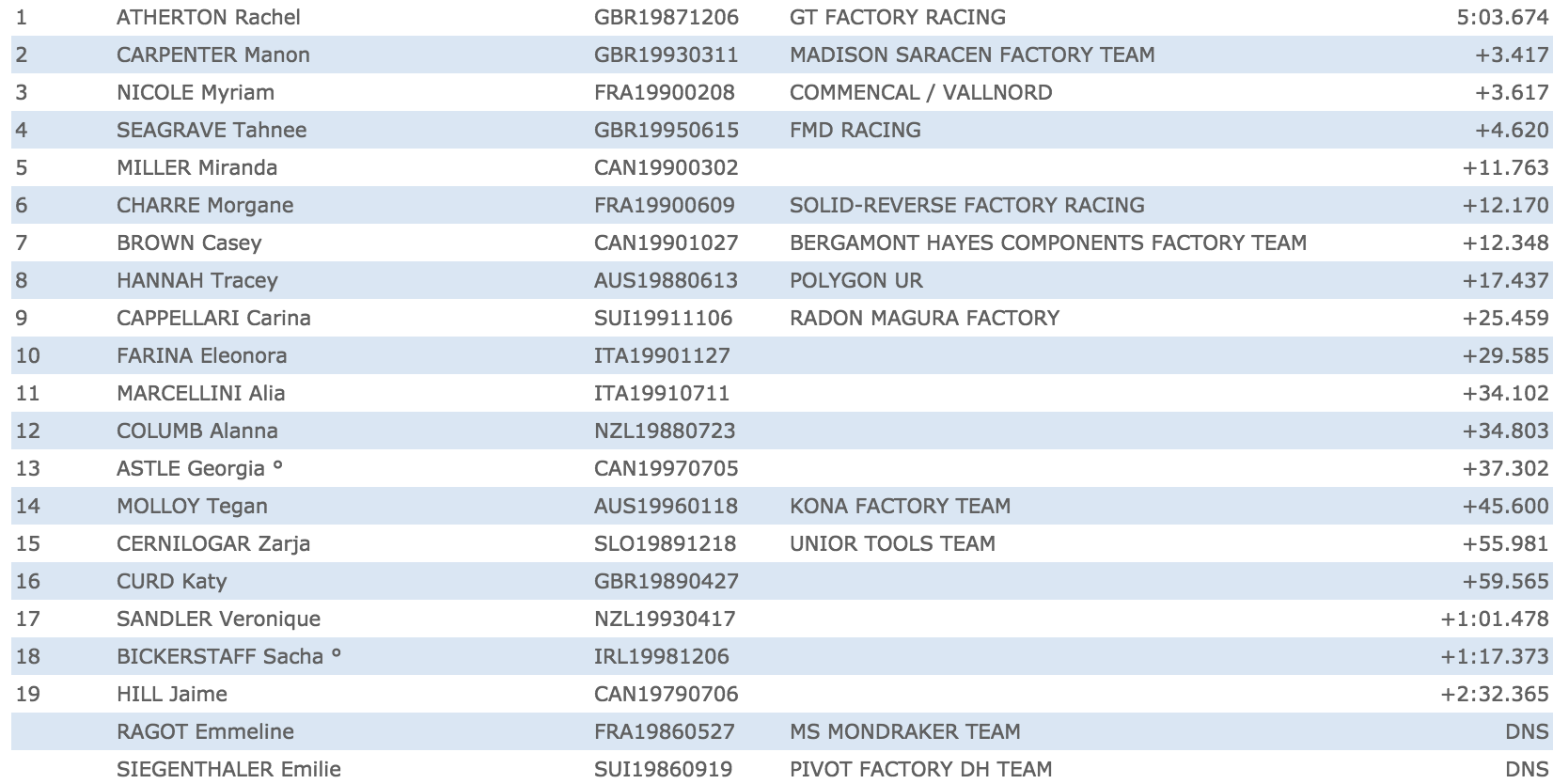 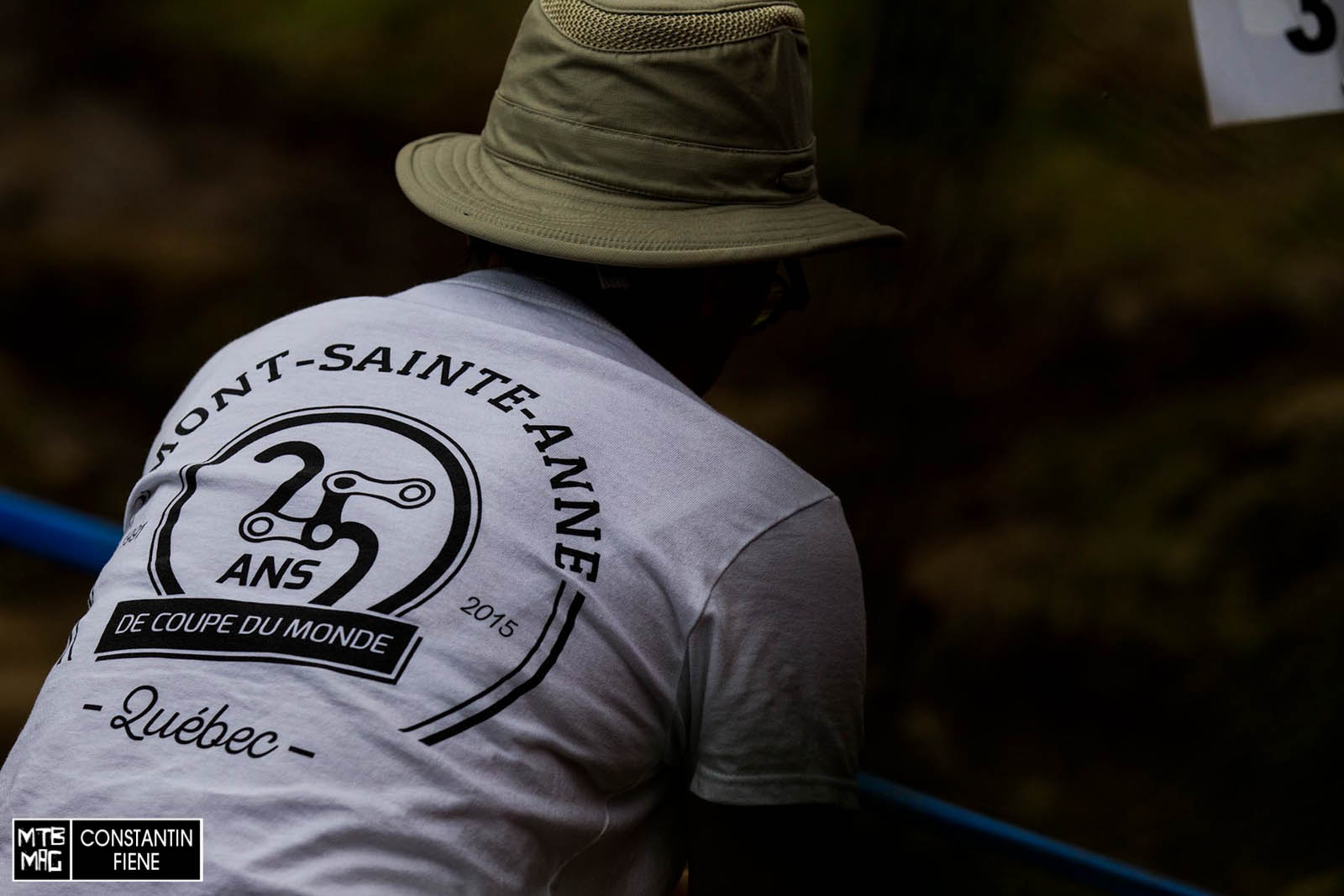 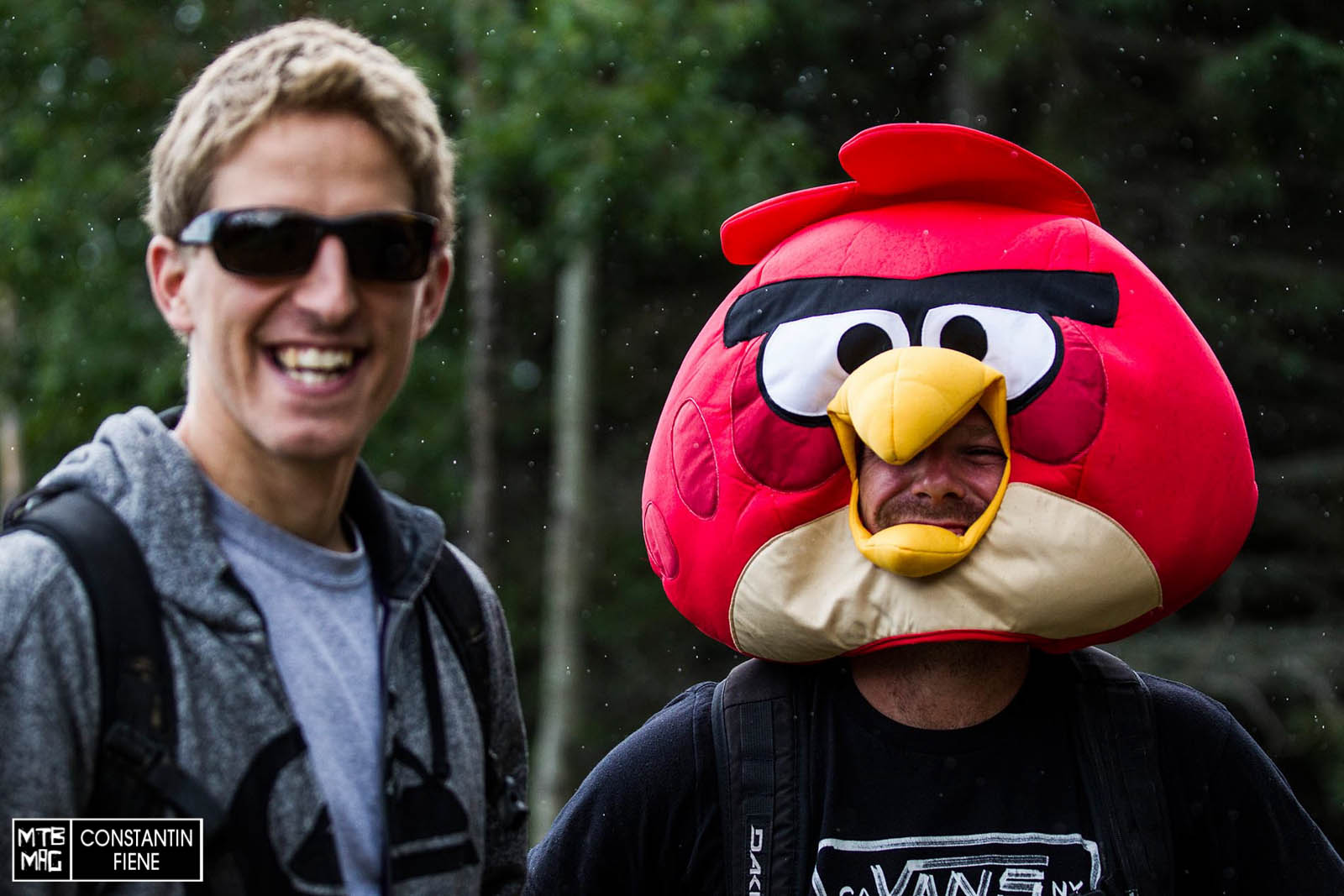 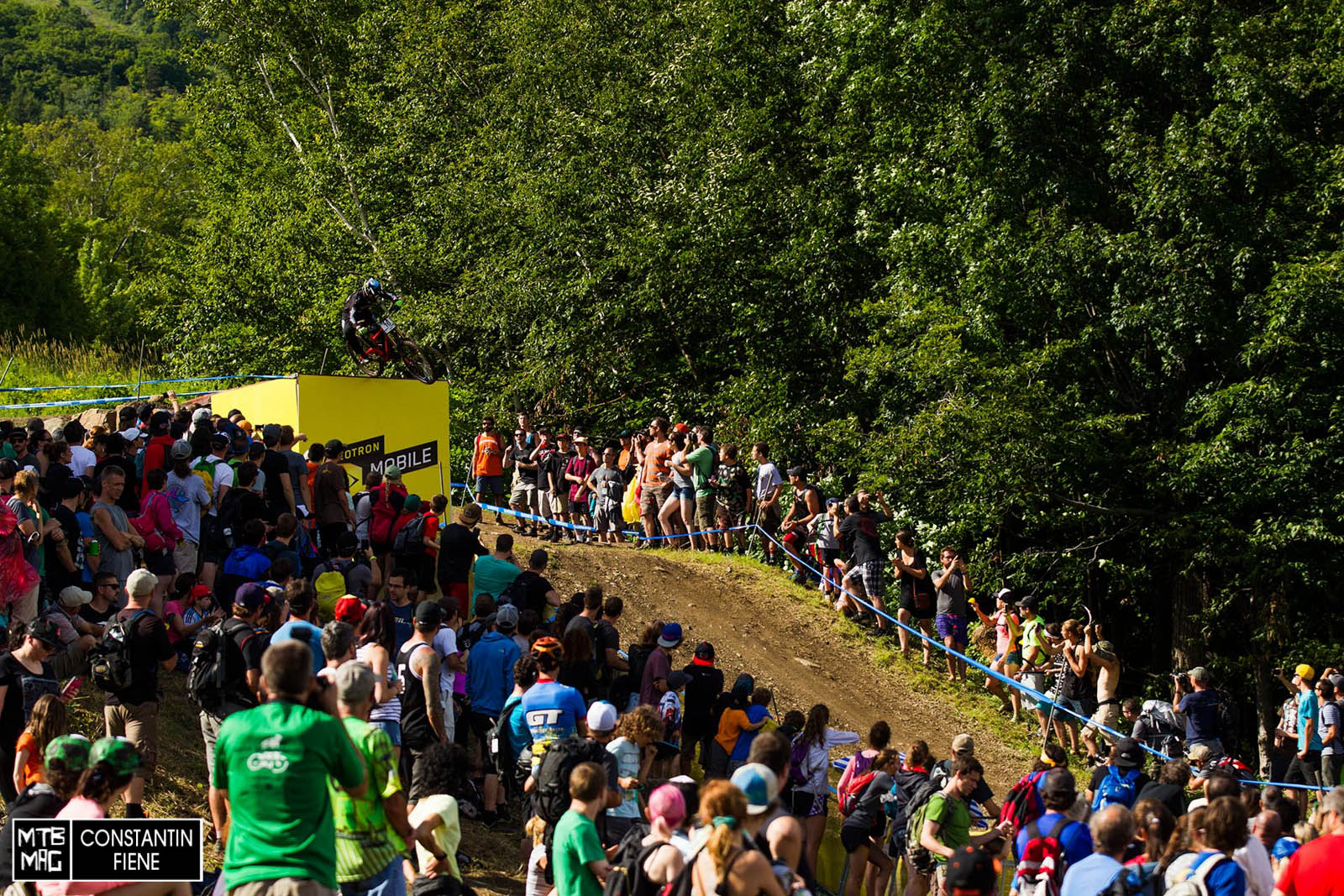 Brendog looked good and has been showing consistency this year. 9th place left him unhappy – knowing he has more in the tank. 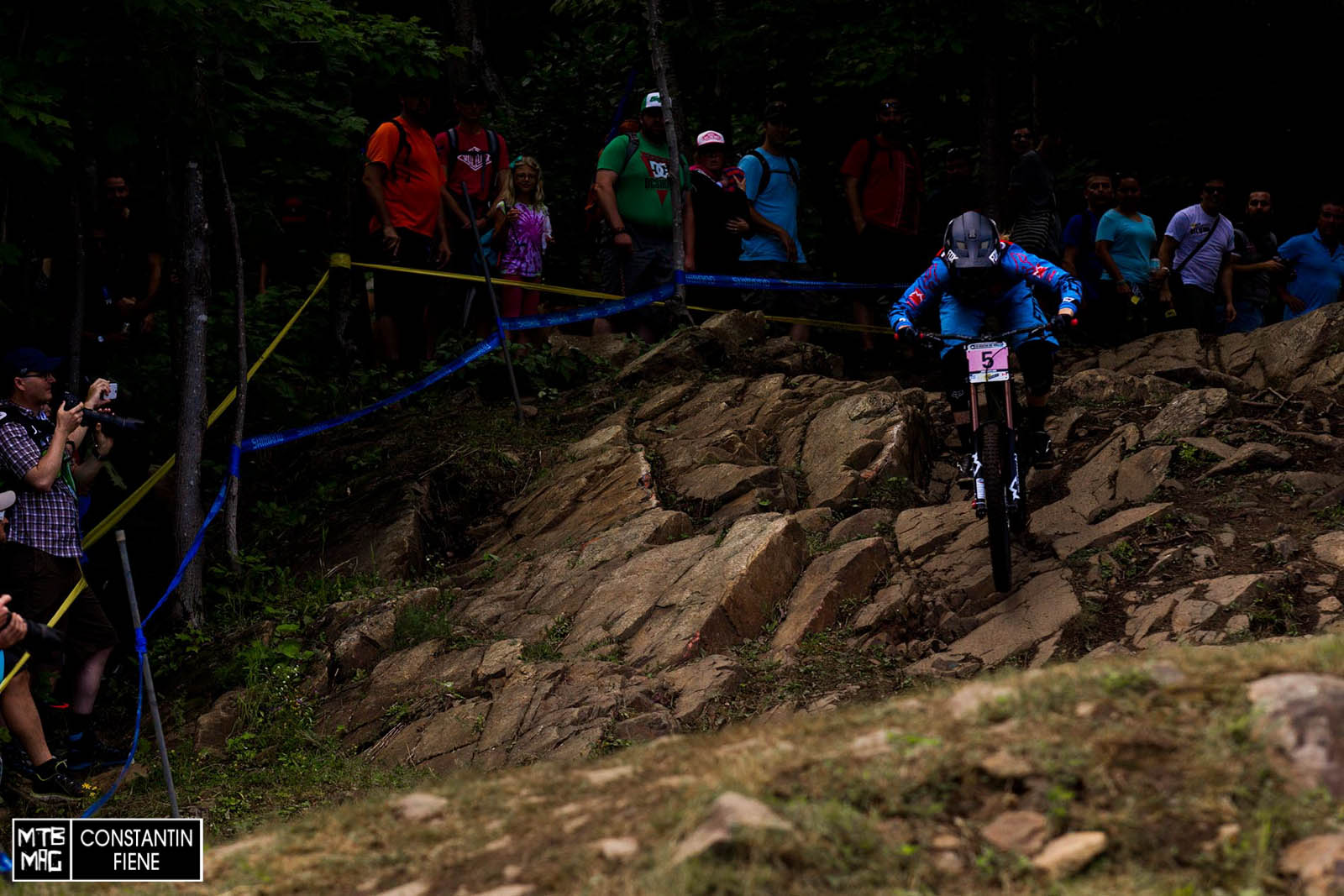 Tahnee Seagrave on a great run. Gee Atherton – safe…He generally has a hard time in MSA. He will likely be turning it on for Windham. Laurie Greenland with a huge win. Rachel conquering the rocks as the rain came down for her run. Sam Hill taking it easy and finding his pace. Georg Brannigan laying it down. Some of the best style on the circuit. Not quite what Blenki was looking for, but hey! He looked good doing it. Aaron Gwin – Until Loic came down, it looked like he could’ve had a winning run. Loic smashed it. Incredible performance. Had he not lose his chain, he likely would have won. He’ll have to just keep chasing that elusive top step. What a race. Surely one to go down in the books. The top 3 riders were within 1/4 of a second. Unreal.