After a few weeks off, the UCI DH World Cup returns to life with the sixth stage at Mont-Sainte-Anne. The athletes are back and fully engaged after the short summer break on a track that is always challenging and technical, yet it’s been made even more insidious by the heavy rains that have fallen in these past days. Speaking of mud and rain, it is no surprise that Danny Hart, winner of the qualifying round, landed just ahead of Loic Bruni and the season’s star – Amaury Pierron. Luca Shaw finished fourth, followed by Brook MacDonald in fifth. 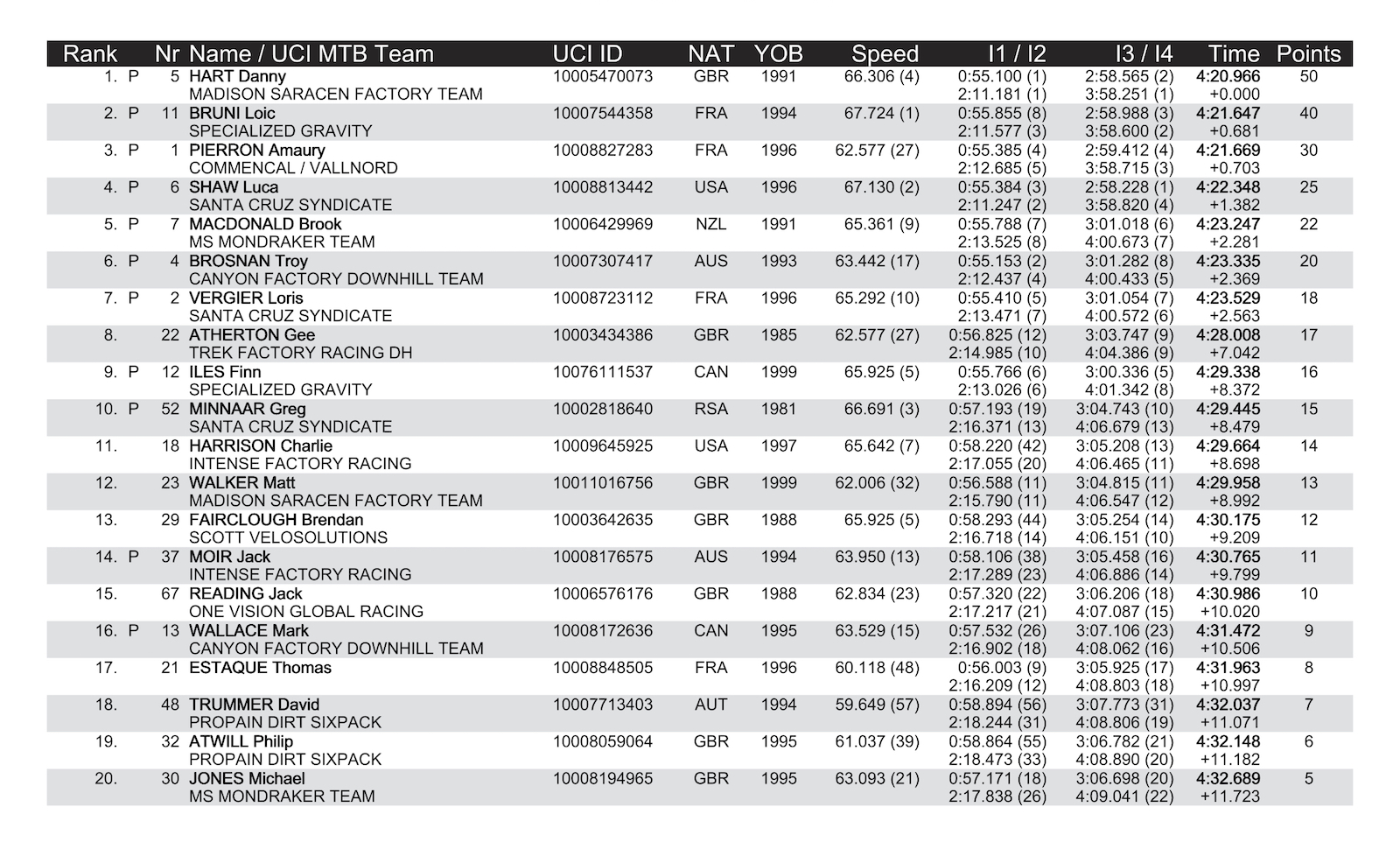 Tahnée Seagrave confirms her excellent form, taking the top spot in today’s qualifying heats, with a second and a half seconds advantage over fellow UK racer, Rachel Atherton. Third position for Myriam Nicole who fortunately recovered quickly from her injury during practice at the Val di Sole stage. Fourth place went to Tracey Hannah while Eleonora Farina, after landing in fourth place in the Vallnord final, continues with excellent results , qualifying in fifth place.

Among the Junior Men’s, Kye A’Hern would score the best time, with less than half a second of separation from Thibaut Daprela, while for Henry Kerr, in third position, the gap was 3 seconds.

The absolute domination of Valentina Höll, the young Austrian champion who can not wait to compete in the Elite category to prove her worth, continues undisturbed in the Junior Women category. Over 31 seconds ahead of challenger Nastasia Gimenez, followed by Piper Allmann.

Tomorrow will be played the final heat with the live streaming on Red Bull TV.

[Video] How to install the OneUp EDC tool