Racers of varying ability level were organized into five categories for both men and women, including pro/open, expert, vet expert (35+), amateurs and juniors (18-13) giving first time racers the opportunity to share the course with veteran competitors.

On race day one, event organizers worked closely with the Camino Real Ranger District to host three timed backcountry stages in Carson National Forest. Brutal transfer climbs led riders to 2,650 feet of descending raw and unfiltered Angel Fire classic trail. At the conclusion of day one, Scott Countryman, 24 of Flagstaff, AZ (09:24.714), and Kelli Emmett, 39 (10:56.323) finished the stages in the least amount of time. 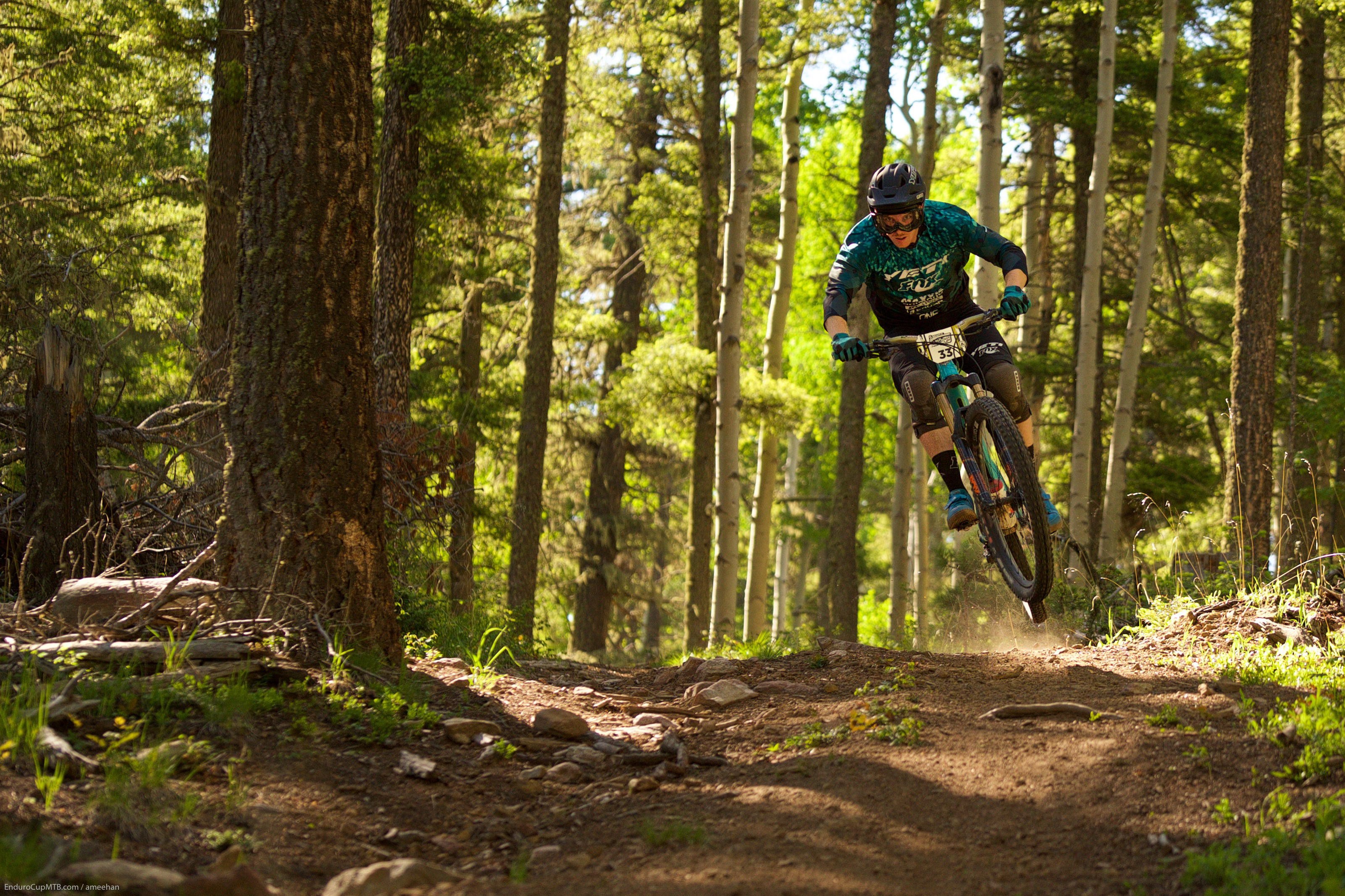 “Going into day 2, the standings from first [place] to seventh were within a handful of seconds so it was really anyone’s game coming into today,” said Boice. “But I was able to make good time on the first four stages of today, and then almost lost every single second I had gained in stage five.”

“Enduro is new to me,” Boice continued, “I am still learning the ropes. It feels really good to stand on the podium with people I respect. It’s a great thing to see things come full circle. I just consider myself fortunate. I’m also glad not to have thrown the win away today.”

“I was most excited about the amount of talented women that are here racing, in the U.S.-just to see there’s this really big interest for women in enduro and now competition is getting pretty serious, so it’s cool,” said Emmett.

“I’m worked,” she continued. “The stages were so demanding. Really the rocks and everything were tough. My arms on the last stage were burning so bad so yeah it was a really tough weekend and it was great.”

Podium finishers in the pro/open category shared prize money equally divided between men and women. The podium athletes in the expert, amateur and junior categories received gear from SCOTT Sports and Vittoria. All riders were entered into a raffle, with proceeds going to Del Norte Bike Alliance. Raffle prizes were provided by SCOTT Sports, Vittoria and ROTOR.

The SCOTT Enduro Cup presented by Vittoria will hit the trails again at the Ride Sun Valley Bike Festival June 23-26, 2016. The Sun Valley race is a part of the North American Enduro Tour (NAET), making it an Enduro World Series qualifier race.

A full list of results from the Angel Fire race can be found here.

For registration information, visit endurocupmtb.com. Registration is open to men and women, professional and amateur adults and juniors ages 13-18. Riders can choose to participate in a single race or purchase a season pass. In addition to race entry, all registration fees include an event T-shirt, lunch and lift tickets (where applicable). In order to collect points to qualify for the Enduro World Series, racers will need to obtain an EMBA license through EWS here.

[Video] Not 2 Bad Trailer – no really this time