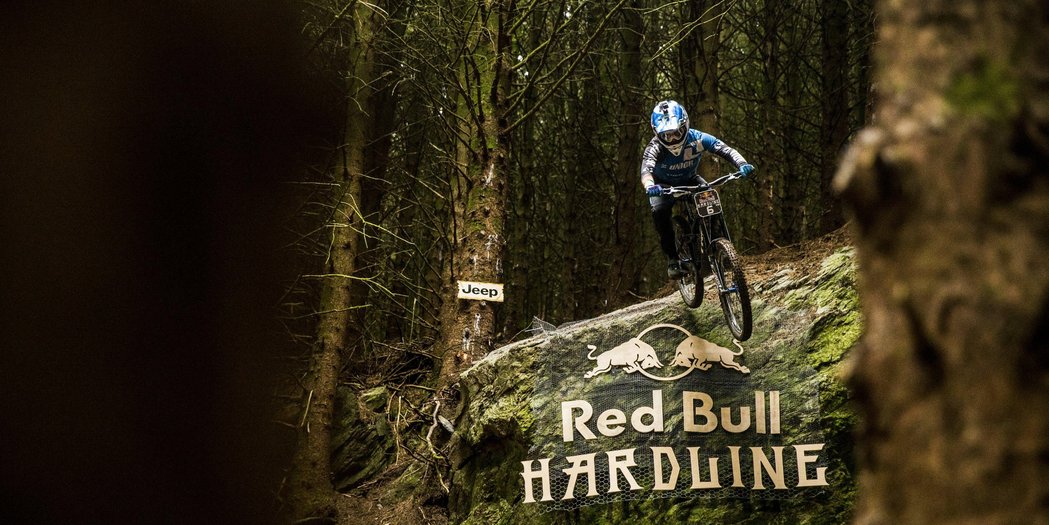 Red Bull stated: “Red Bull Hardline is now in it’s fourth year and is the brain-child of Dan Atherton. The course, both designed and built by Dan Atherton, is set to test even the most progressive of riders, with giant slab rolls, tight wood sections and huge gap jumps.

“To-date 22 rider’s are confirmed to ride – the largest field yet, with rider’s from the world’s top down-hill teams including Trek, Canyon, GT, Devinci, Hope, Pivot, MS Mondraker and FMD.

“There are 16 British rider’s included in the field. Last year’s winner, Bernard Kerr, will be racing alongside second and third placed rider’s Ruaridh Cunningham and Adam Brayton. Despite dislocating his hip at Fort William earlier this year, Gee Atherton, will be back to ride on his home turf head to head with his brother Dan Atherton.”

The action is due to be streamed on Red Bull TV on the 24th.