September 15, 2014 – (Santa Monica, CA) – In less than two weeks while the fearless riders of Red Bull Rampage , presented by Go Pro, take to the new course, fans around the world can take to their TVs, tablets, mobile phones to watch, vote and participate in the most revered event in freeride mountain biking.

The Red Bull Rampage finals will be webcast live at 1pm MST on Sunday, September 28th via the Red Bull TV player on Redbull.com/rampage. Accessible via the web and its Android and iOS applications, Red Bull TV is also available pre-installed channel on Samsung Smart TVs and Apple TV and as a free, downloadable app on Amazon Fire TV, Kindle Fire and XBox 360 devices so viewers can watch with Red Bull Rampage on the go or from any screen in the house. The mountain biking competition is part of the Red Bull Signature Series, the most progressive collection of action sports events in the world. As part of the series, a full length broadcast of Red Bull Rampage airs Saturday, Dec. 27 at 4 pm ET on NBC.

Returning for its second year, The Red Bull Rampage People’s Choice Award presented by Army National Guard will allow consumers watching the live webstream of Red Bull Rampage and vote on each of the athletes runs in real time. Runs are only allowed to be scored live – so don’t think of stepping away when your favorite rider is about to run. The athlete with the top individual run as voted on by consumers will be awarded $5000.

In addition to voting, during the live event, consumers will be able to use their phone, tablets, computers and TVs to access a whole range of data in real-time including lap times, judge’s scores and a social feed. After the event fans can access runs on demand to relive highlight moments from Red Bull Rampage. For the best experience we recommend watching via Red Bull TV on the big screen in HD, with your phone or tablet accessing RedBull.com/rampage for a deeper real time experience

And for the inside scoop, catch up on the entire Road to Rampage web series here:
http://win.gs/RoadtoRampage 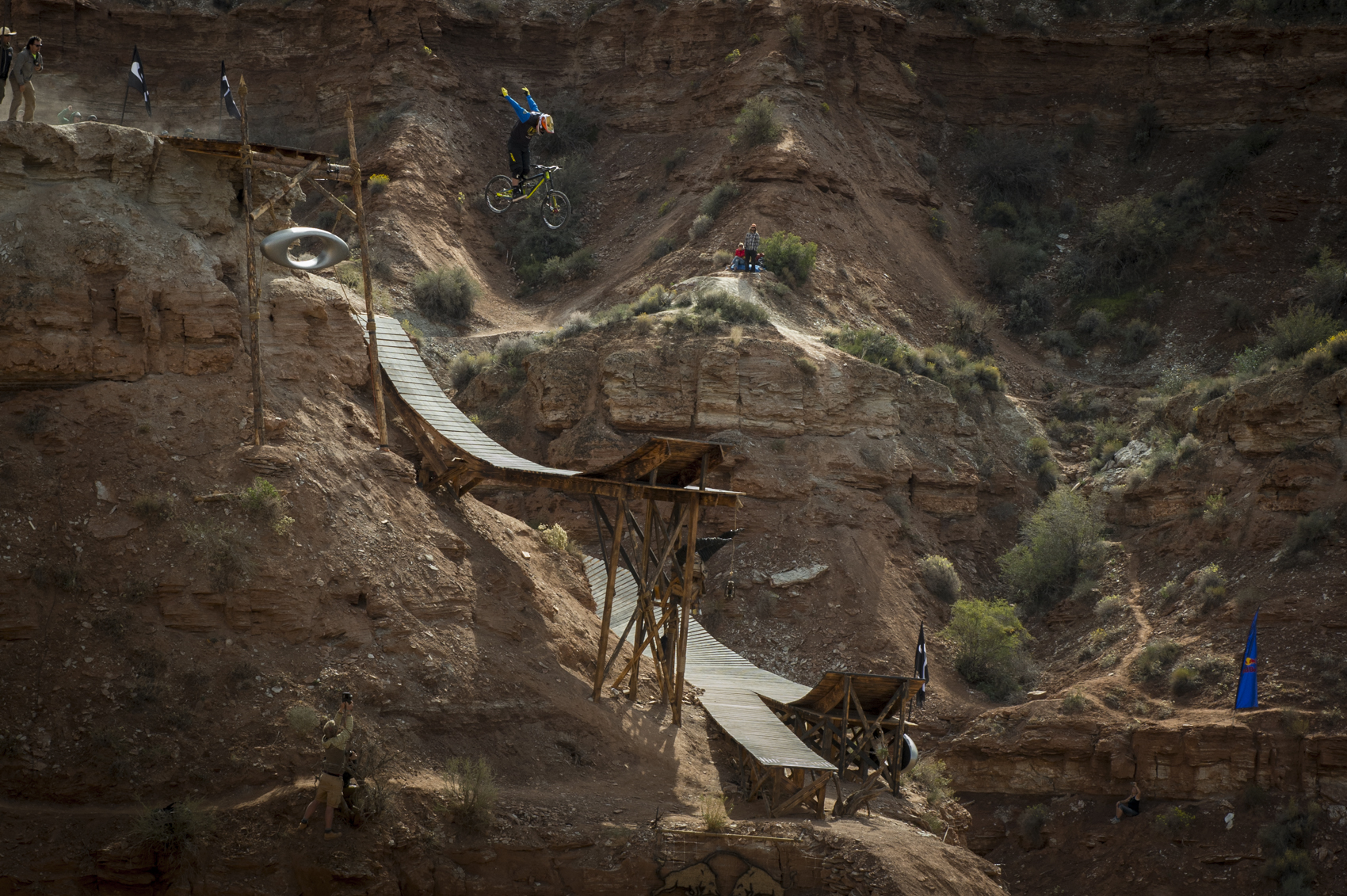