Today, Santa Cruz has announced the Stone King Rally club – essentially a chance for mortals to experience the trails of the sprawling epic race, but in a non-race setting. Have a look at the video below for insights into the race and then read on for the full scoop on the club, as well as a book being released with images from last years race.

Santa Cruz Stone King Rally is an annual, six-day, point-to-point enduro race across the southwestern Alps to the Mediterranean Coast. Centred around the same blend of wilderness adventure and gravity racing excitement that its predecessor Trans-Provence brought about, but set to a fully original awe-inspiring itinerary, Stone King Rally is a genre-defining event.

Racing aside, Stone King is more fundamentally an incredible journey which also lends itself to being enjoyed outside of a race setting. To this end, Stone King Touring Club (SKTC) has been created; a structure of information to help all avid, experienced mountain bikers enjoy their own adventure along the annually-renewed route.

To understand what Stone King and the Touring Club are really about, let’s dive deep into Ash Smith’s journey towards creating a benchmark for mountain bike events which provide much more than a few days racing across southern Alps but also leaves a positive impact on local communities and mountain biking trail development.

Stone King Touring Club (SKTC) is an invitation to live a non-race journey of one’s own making, on each year’s official Stone King itinerary.

Racing mountain bikes through unknown terrain isn’t for everyone. One may be a highly capable, quick rider who dislikes the pressure of the clock. One may be an adept Alps veteran who simply wishes to stop a few times per 1000+ metre descent, be it to admire the medieval village through which your trail passes, or to gaze at the awe-inspiring view. 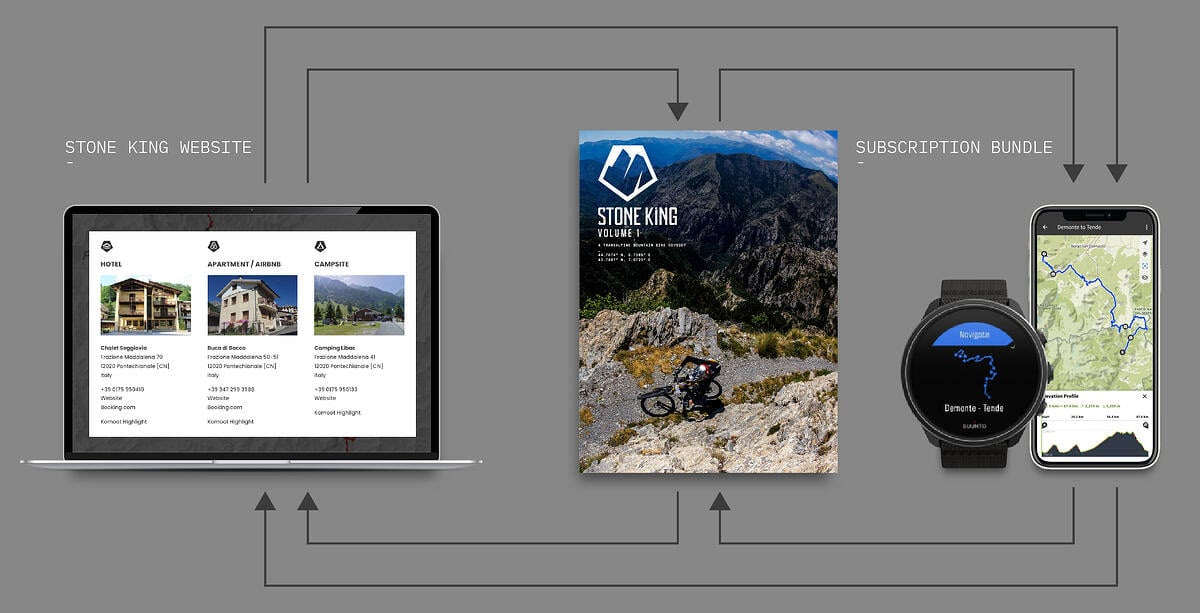 In concrete terms, Touring Club is a multimedia, A-Z structure of practical information helping anybody to bring their own Stone King adventure to life; from early inspiration, through detailed planning and booking, to turn-by-turn navigation on the route itself.

From wild scouting trips to last minute trail checks, Ash and his crew spend months each year in these mountains weaving together pieces of trail to produce one mind-bending itinerary which will be significantly updated each year. We’ve documented some of these R&D trips to give you an idea of what it’s like to ride Stone King.

The book is a visually immersive 200-page document which acts as both a retrospective yearbook for the race and a portal of inspiration and information towards taking on the Stone King route outside of a competitive environment.

In straddling this line, the book counts as a key asset of the SKTC information structure. 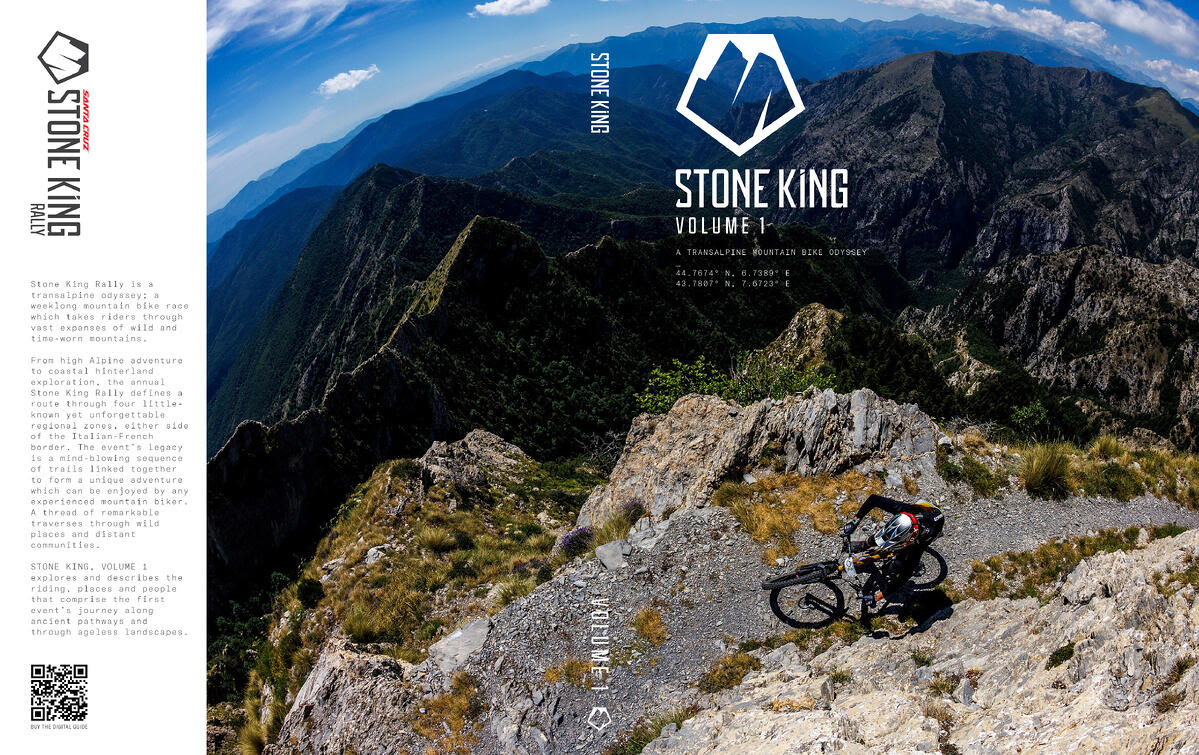 Its central theme is a chronological documentation of Stone King’s itinerary, as seen during the inaugural edition of the race event. It includes the geo-historical context of the valleys crossed by the route; insights into the 24 rally-style Special Stages raced; and detailed looks at the personalities, the machines, the big ups and the big downs involved in that week of 28 June – 03 July 2022.

Keen independent tour riders will find that all the information they need is covered and linked to; from lodgings recommendations, to how to organise the right shuttles, to a mobile app which provides turn-by-turn, on-trail navigation for the 260 km-long tour.