[Press release] The inaugural Snow Epic changed tack sharply on its second day on Friday, introducing the more than 120 fatbikers to the steep slopes above Engelberg and testing both their climbing legs and their downhill skills.

After Race 1’s cross country-type course with few long climbs, the riders Friday took on the Brunni making their way from host town Engelberg (at altitude 1000m) to the Brunnihütte (1860m) for the first of three contests on the day. Although Engelberg was not blessed with any new snow, the riders soon climbed up into snow-covered roads and trails. The main talking point though was the ascent, with several of the experienced riders describing it as the toughest they had ever taken on. 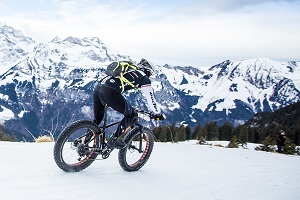 After a break to refresh and enjoy the spectacular scenery from the Brunnihütte, the riders lined up for Race 3 – a downhill time trial with riders departing at 30 second intervals. Remo Heutschi (Switzerland) managed to find the best route down the quick downhill course and took the top step of the men’s podium ahead of Oliver Waser (Switzerland) and Marcel Odermatt from Engelberg an all Swiss podium.

The women’s race was won by Alba Wunderlin (Switzerland), ahead of Lee-Anne Palmhert (Namibia) and then the ageless Esther Süss. On Friday evening the riders were to face off in the “Rocky Eliminator” on the floodlit

Klostermatte. This race pits competitors against one another on a slalom downhill course. Saturday will see the riders head up to Trübsee, below the towering Titlis mountain, as they look to secure their finishers medal at the inaugural Snow Epic.

Results and the over all standings. 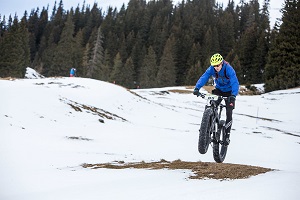 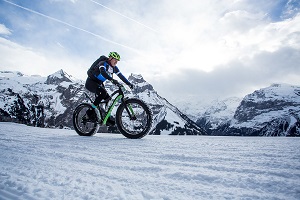 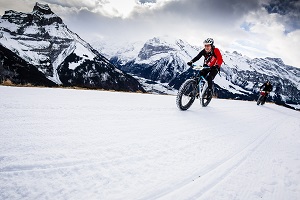