This week, Specialized unveiled the new Demo 29 – a bike that has already seen some success on the World Cup circuit under Loic Bruni. As the name indicates, it features 29″ wheels, but interestingly the bike is not offered in carbon fiber, but rather just aluminum. The Demo 29 is only available in 3 sizes and 2 spec levels. Loic himself continues experimenting with various settings and a “mullet” bike with a 29″ front and 27.5″ rear wheel. All of these as well as some hints from the Big-S indicate that this bike is still a work in progress, but at the moment, it looks quite promising. Specialized is currently tracking down a test bike, so we’ll have some thoughts to share in the coming months, but for now – here is the quick and dirty… 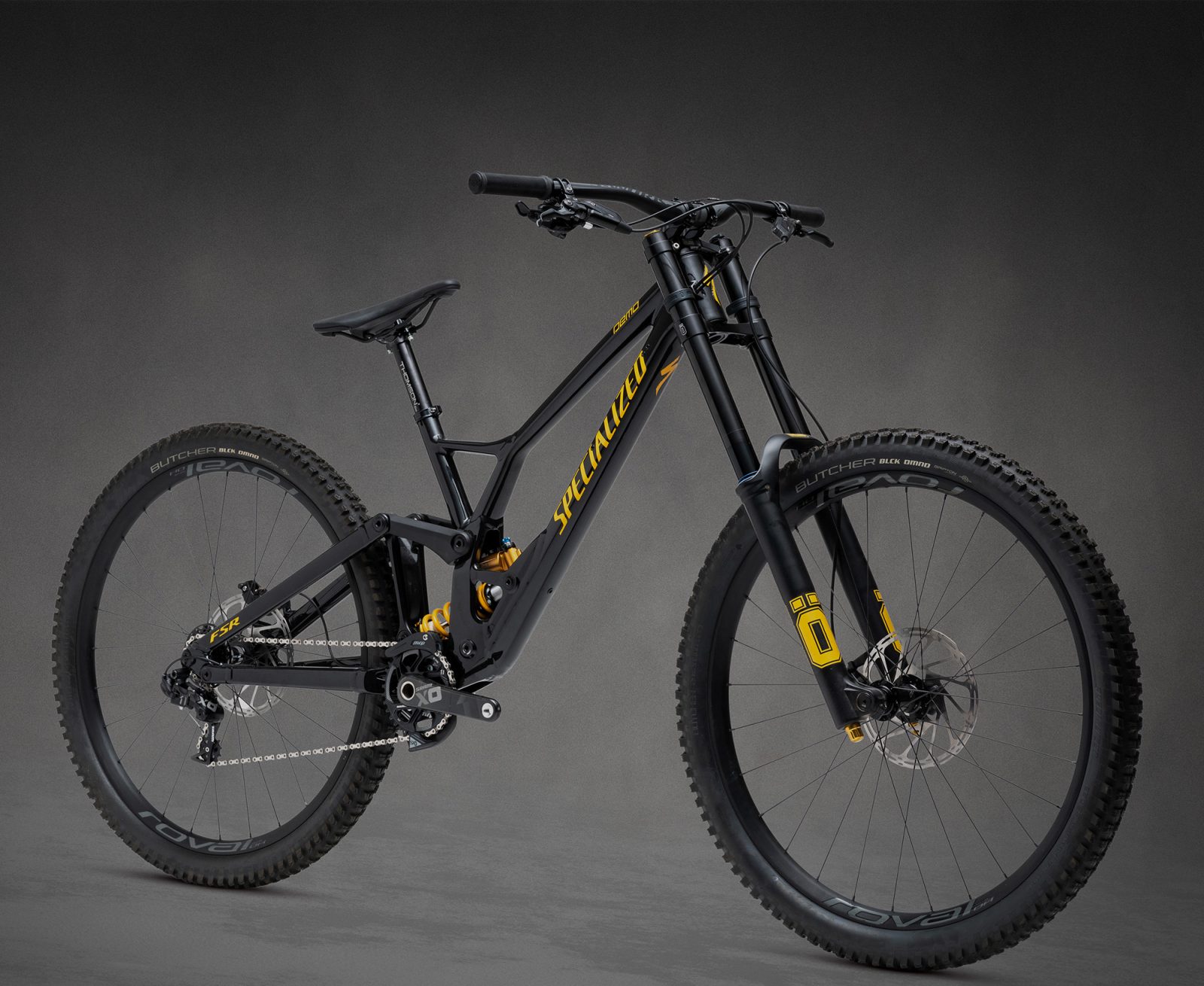 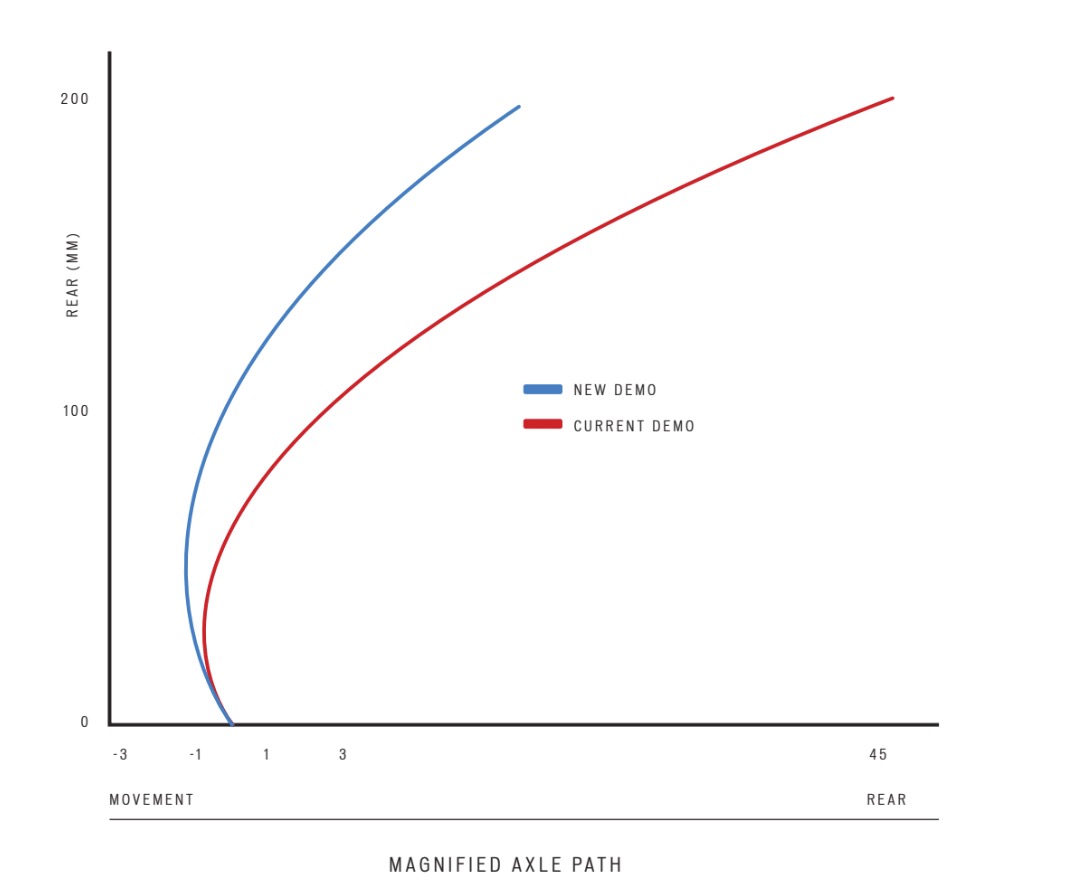 The overarching goal on the new bike was a massive overhaul of the kinematics. It’s a complete departure from the norm in the Specialized DH program. They wanted to make the bike carry speed better, particularly on square edged hits and over rough sections. One caveat is that they wanted to avoid using an idler due to drag and extra weight. In any case, by moving the main pivot (mainly further forward) and making some other adjustments to pivot locations elsewhere, the rear axle path now features more rearward movement. This is a big advantage in terms of momentum. 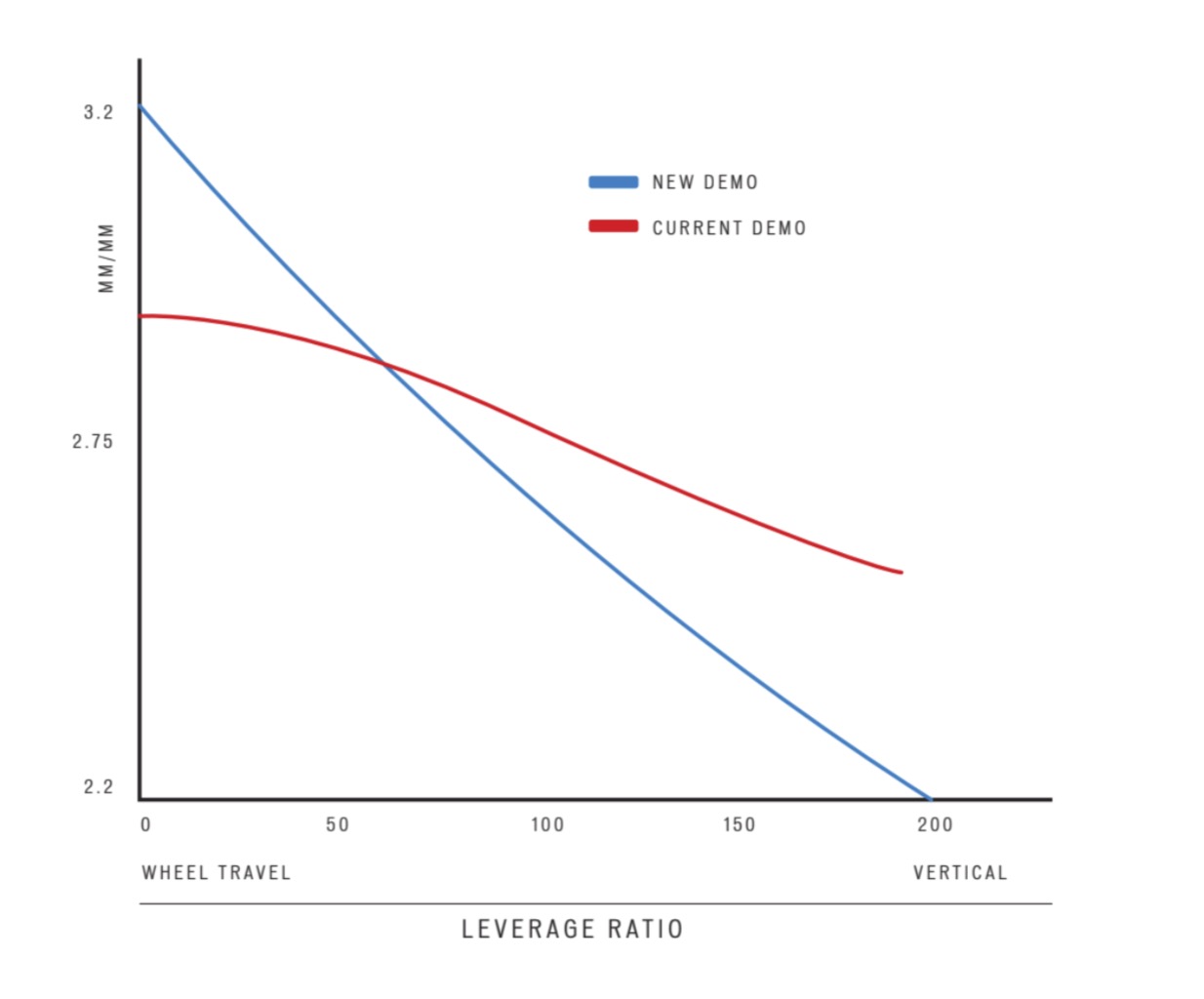 The Big S has finally listened to elite racers and consumers alike and given the people what they want – some real progression and bottoming support. Historically, the Demo has been far too linear – regular consumers put air shocks on their bikes looking for any bottoming resistance they could find while Troy, Gwin and Loic used custom links. In any case, this new bike is completely different with a 34% progression. A fairly well balanced leverage ratio of 2.666:1 makes things easier on the rear shock as well. 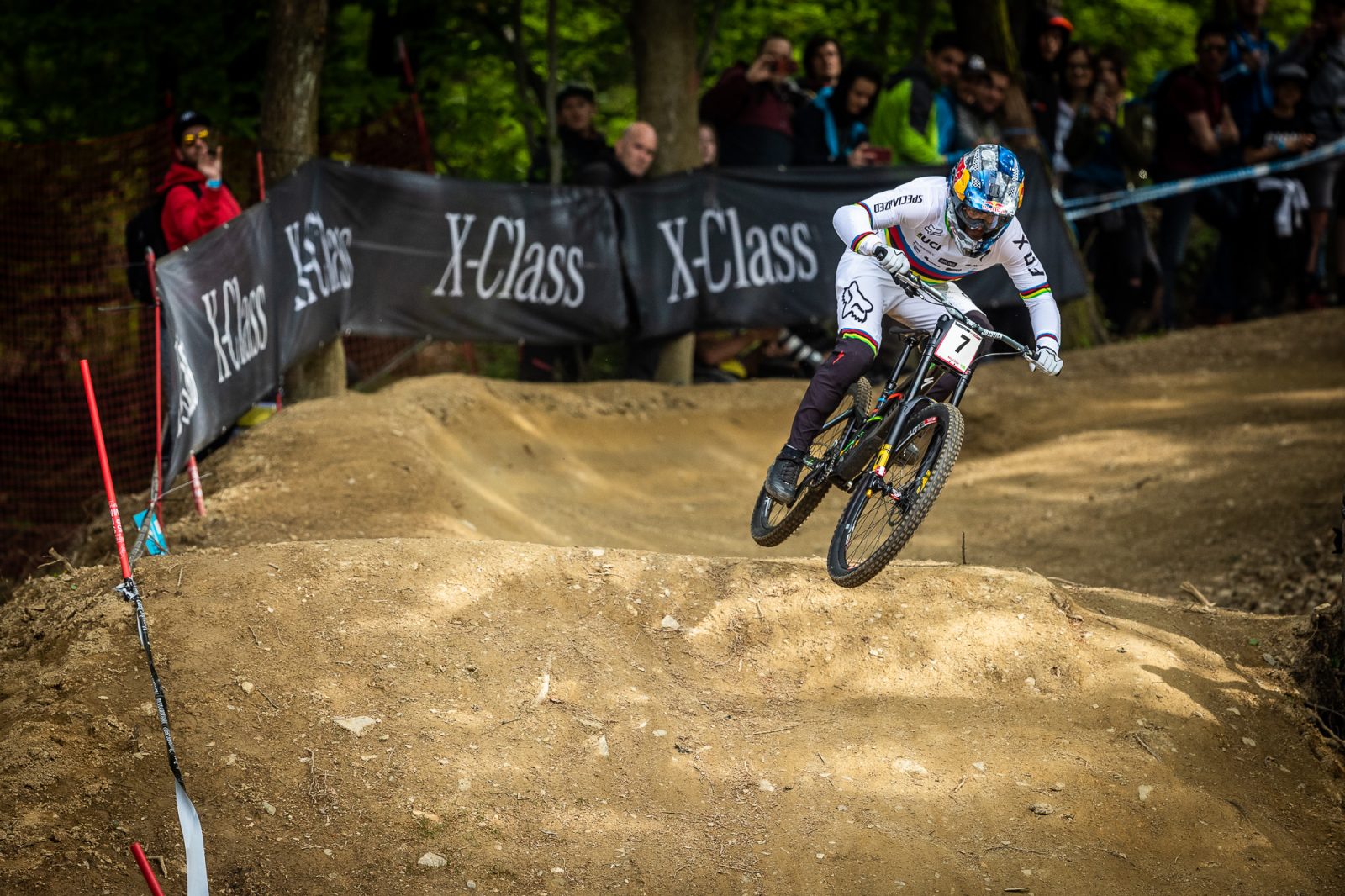 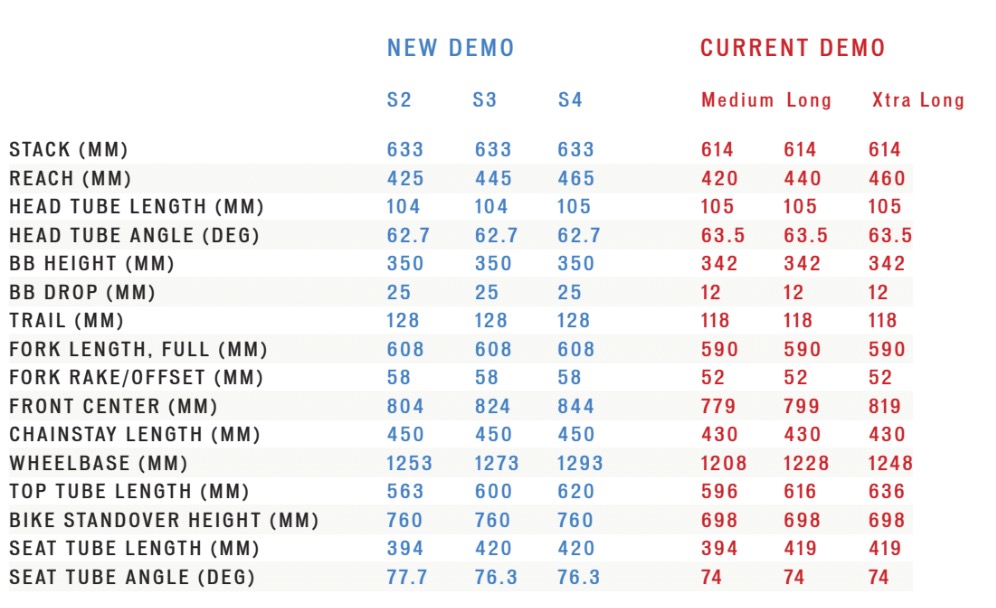 Another interesting note is that the chainstays are quite long at 450mm. This greatly adds to the bike’s stability, but will require more strength and input from riders in the slow, technical sections where it’s difficult to carry speed. While the new Demo isn’t all that long (the longest reach is 465mm in the largest size[S4]), the longer rear center brings about a better front:rear balance and does make the bike substantially longer overall. Case in point, the average reach grew by 5mm compared to the old bike while the average wheelbase grew by 45mm.

On paper, the bikes both come in at a very attractive price and seem to pack quite a bit of bang for the buck, looking attractive to privateer types. You can find the full specs at the link at the bottom of the page. 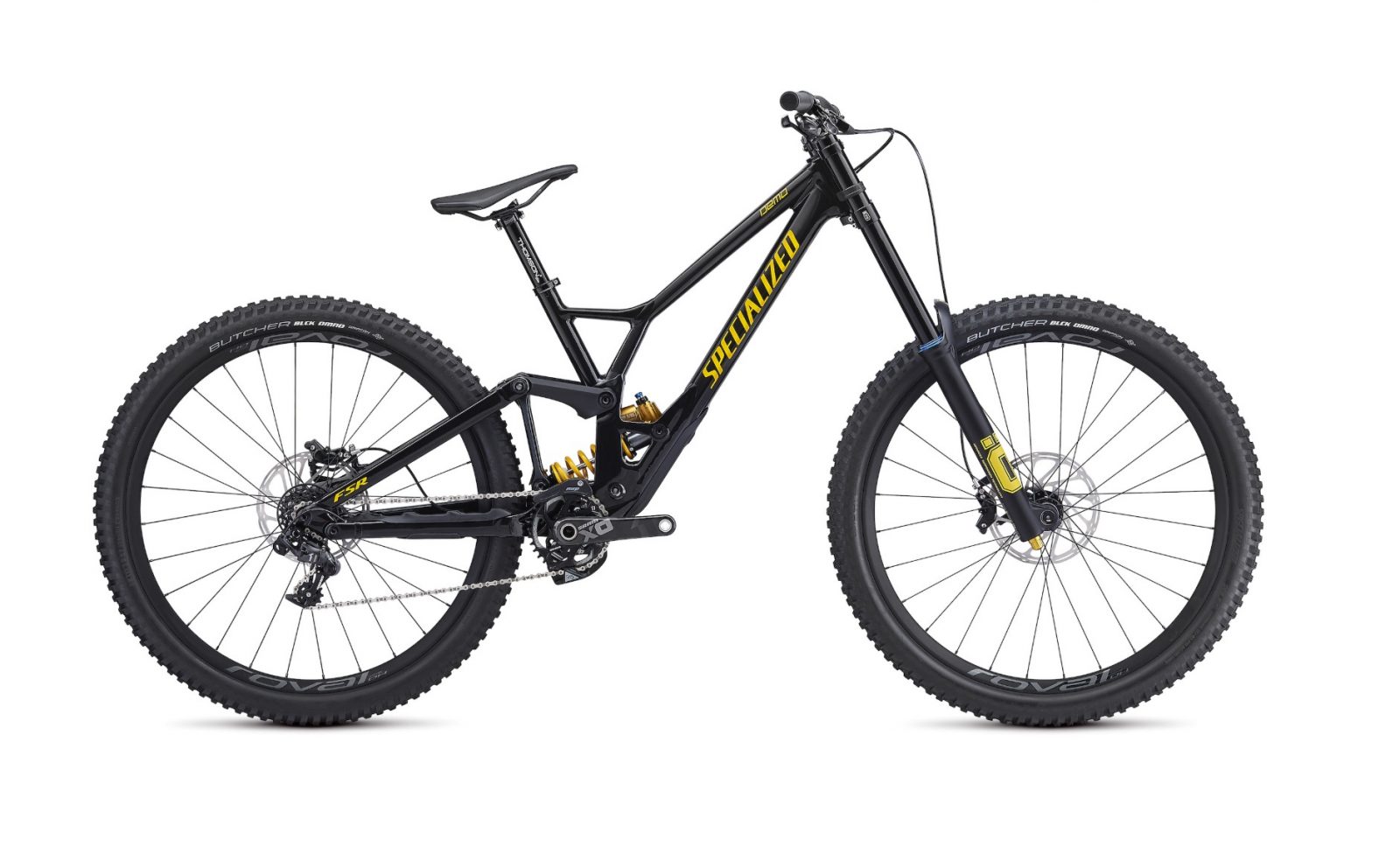 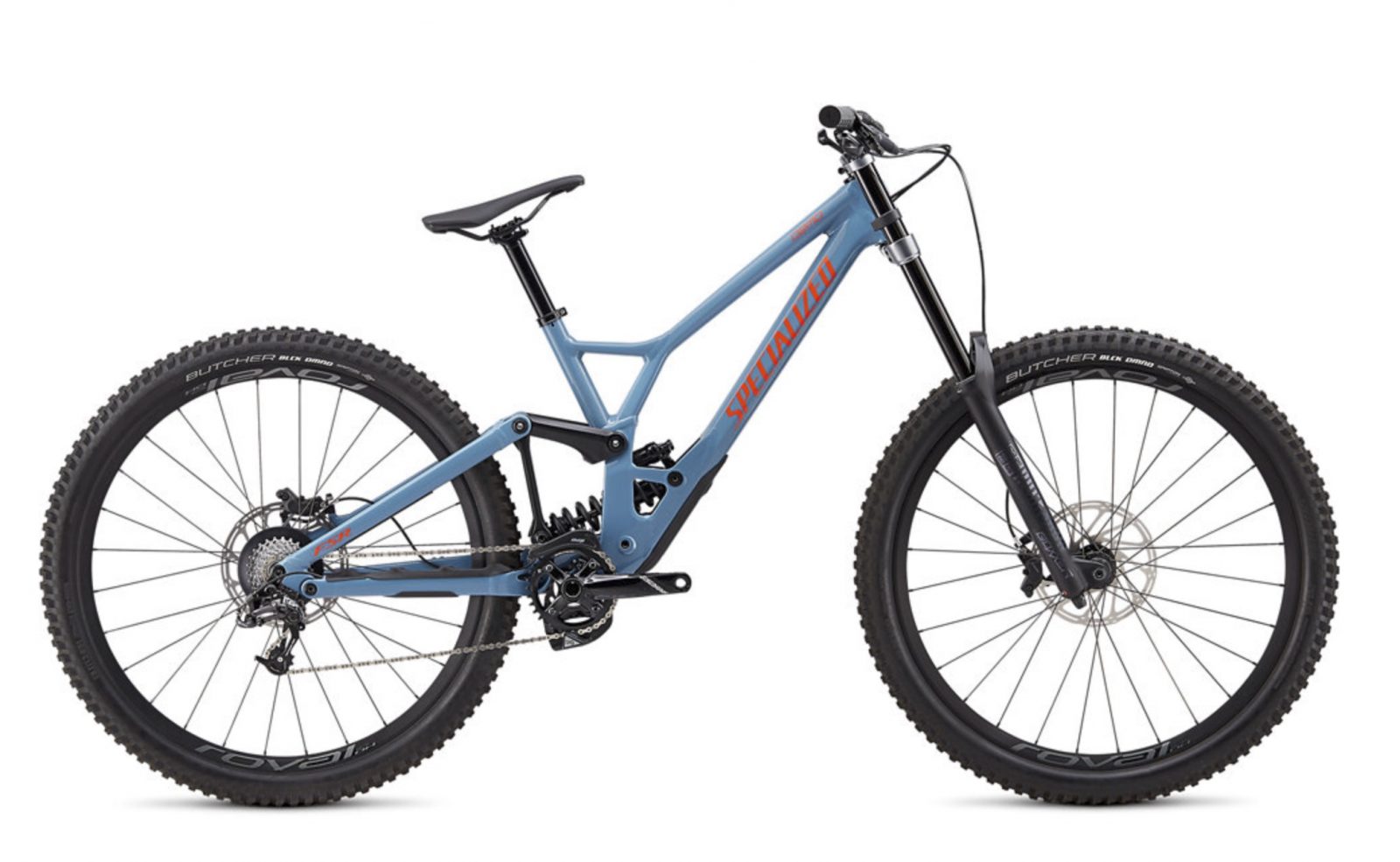 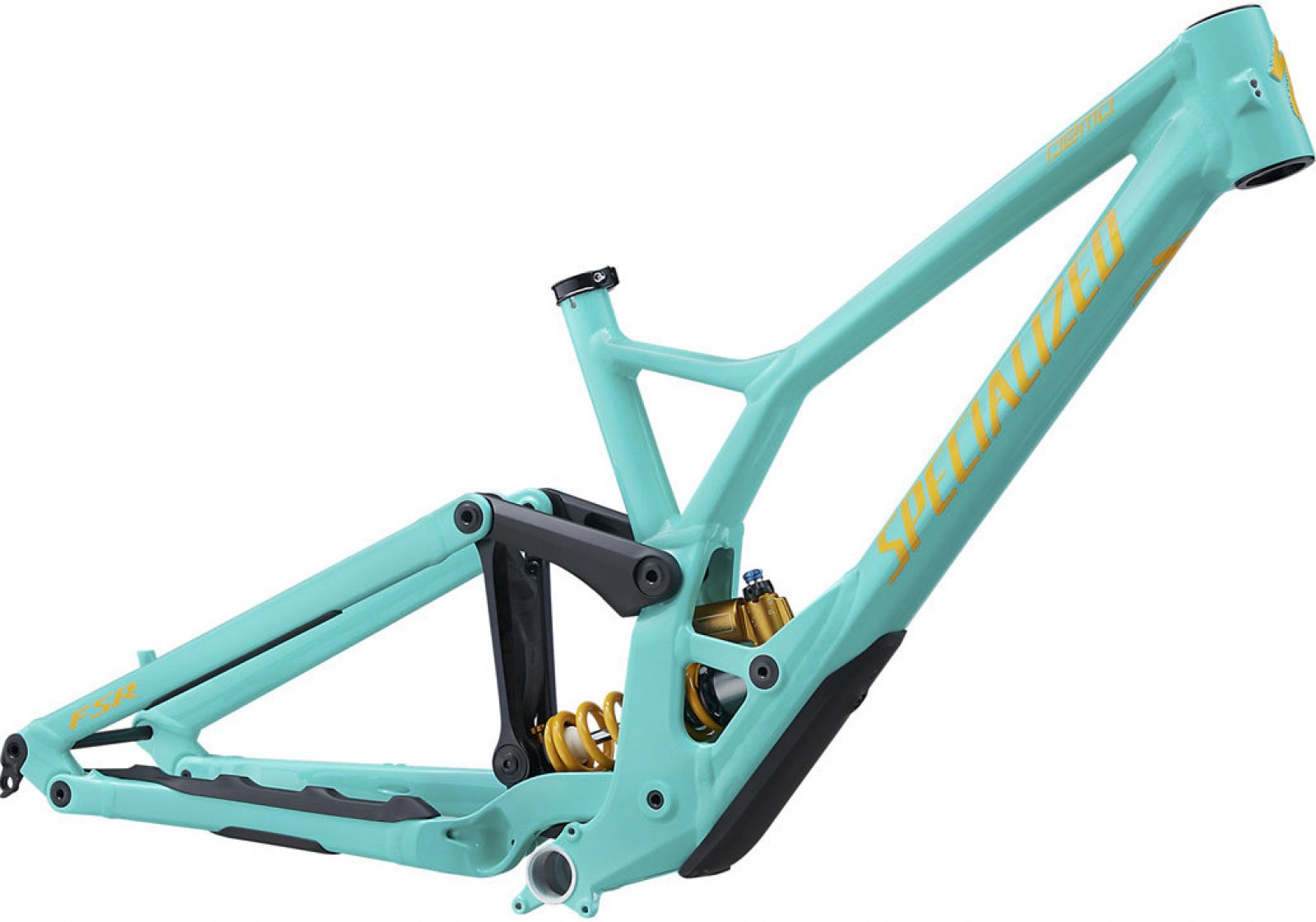 Rachel Atherton Out with Injured Achilles