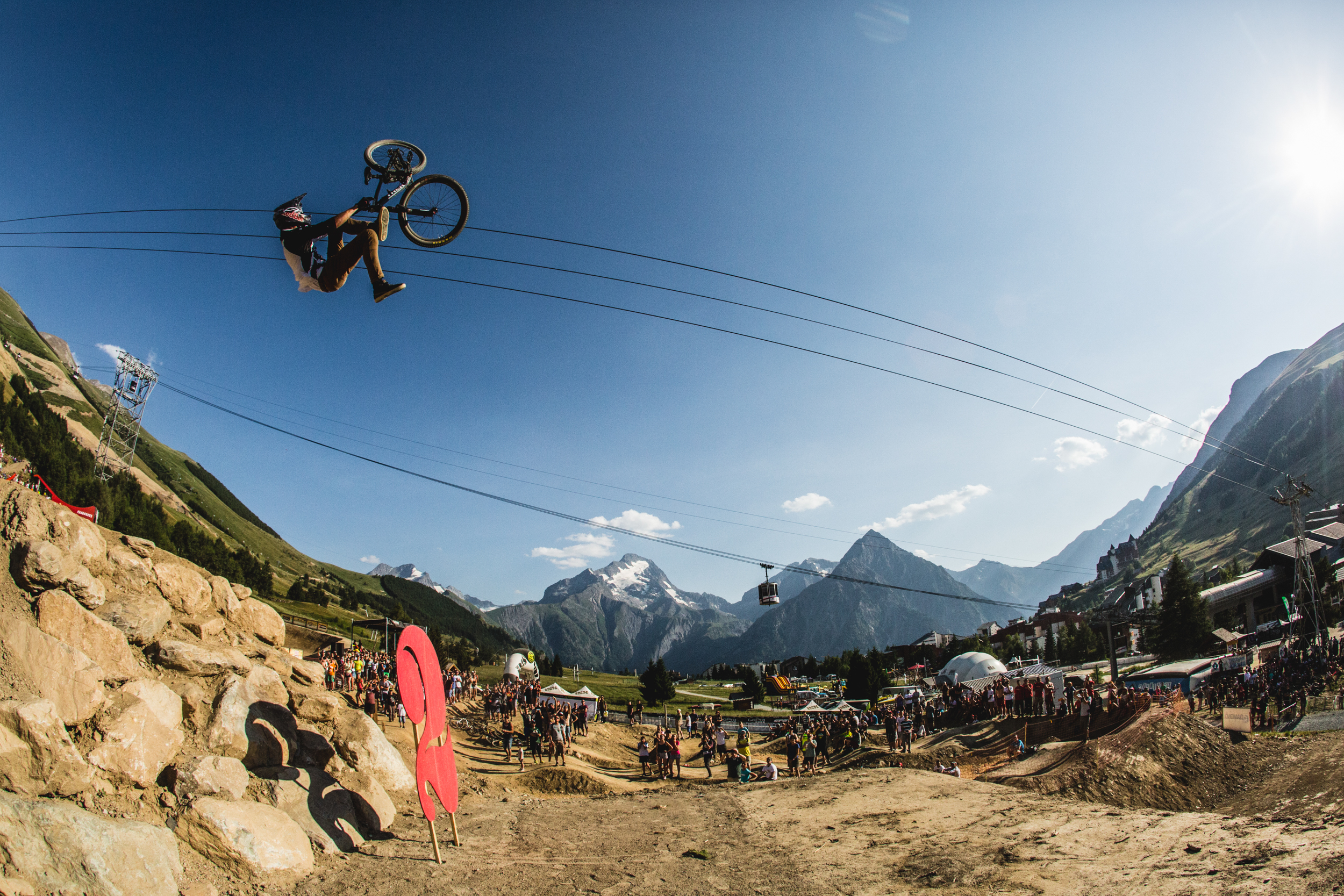 Faced with crisis, the man of character falls back on himself. He imposes his own stamp of action, takes responsibility for it, makes it his own. — Charles de Gaulle

Despite this contest’s inherent prestige, most of the riders entered were simply looking to bang out a solid run. Hopefully, they might safely land a spot in the top 5 — or 10. After all, this second-round Crankworx course was, well, slightly less stellar in its design than the magical opening-round course in Rotorua, New Zealand, and the benchmark course that the riders will see in Whistler. There was dust. And there were competition holds for gusting winds. The setting sun made the visual approach to the final jump sketchy at best.

But as they say, it was the same course for everybody. 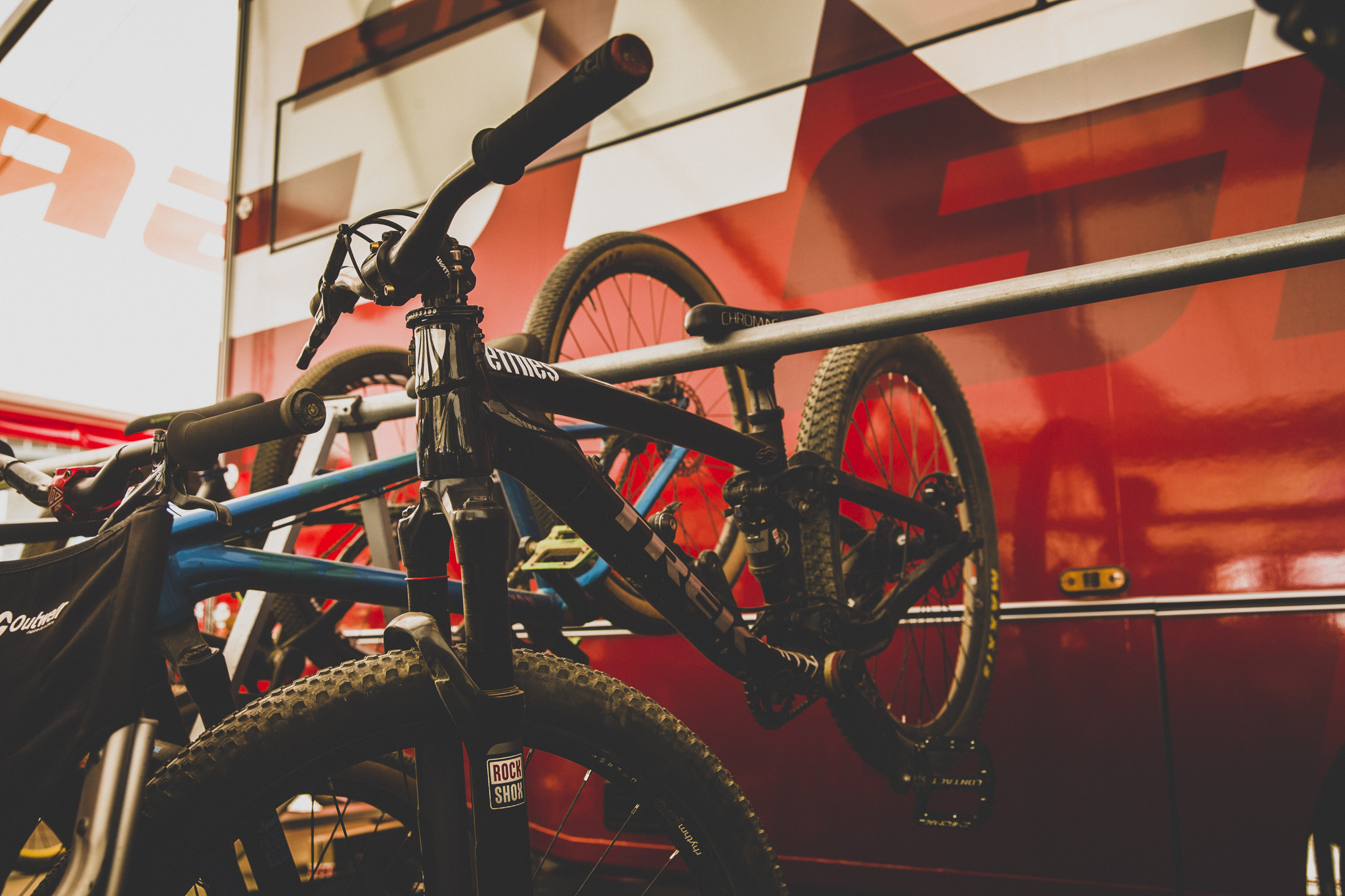 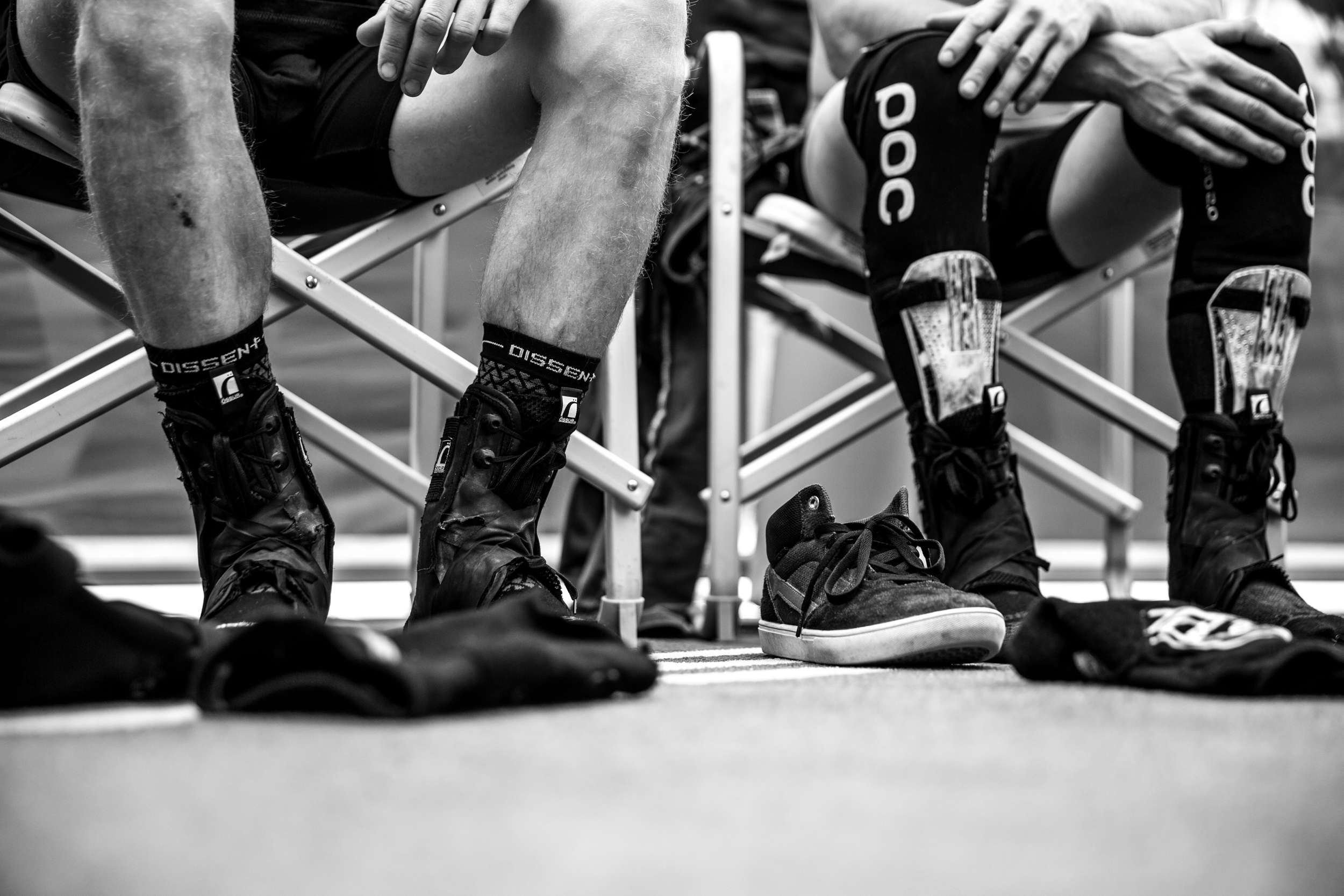 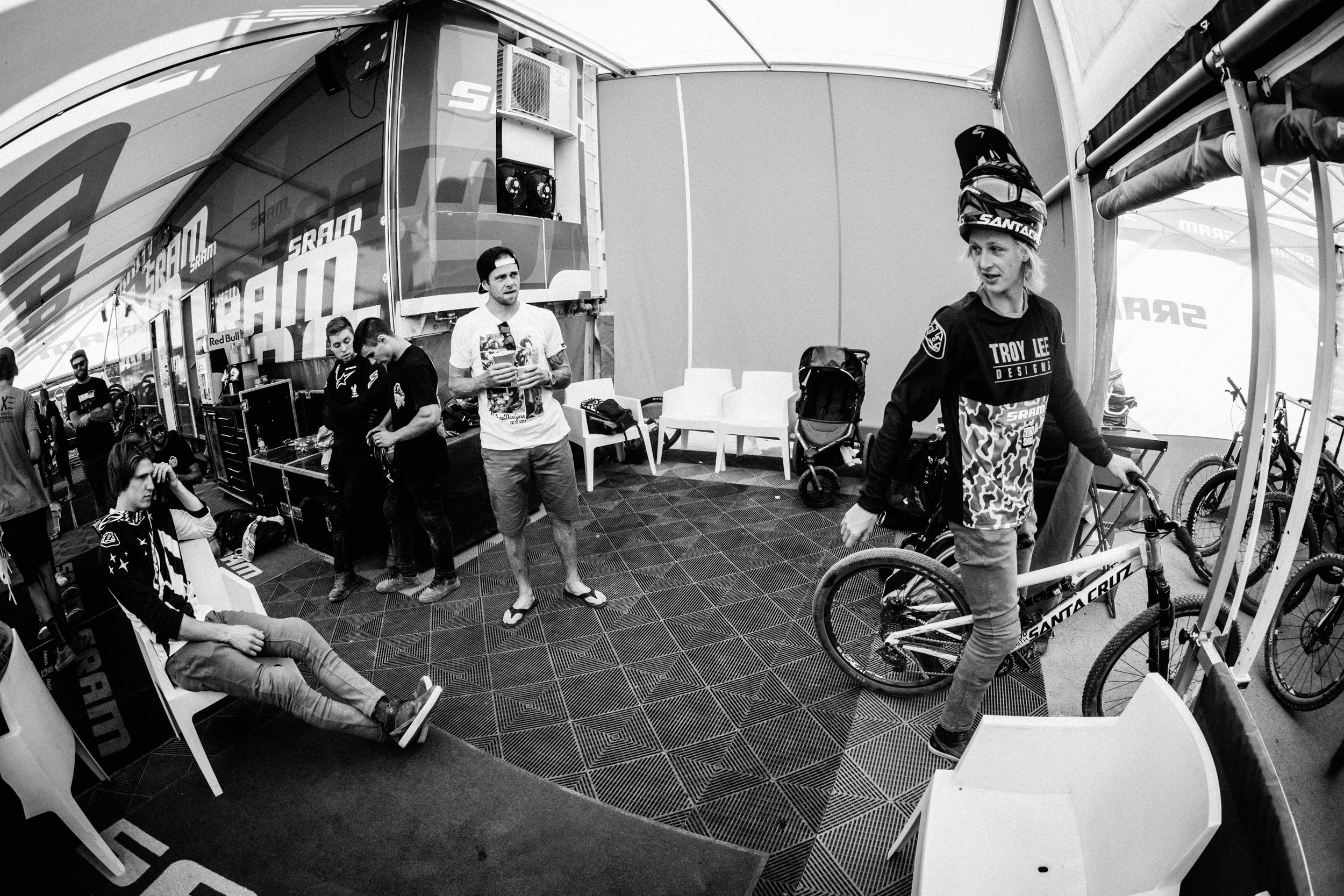 On paper, there were 20 dudes vying for the title. But, like Crankworx Rotorua, Brett Rheeder and Brandon Semenuk were the odds-on favorites. For Rheeder, it was the second step in the chase for $75,000 and a Triple Crown title. For Semenuk, it was a shot at redemption after a disappointing crash in New Zealand.

As favorites, Rheeder and Semenuk were the last two riders in the start order, which is both a blessing and a curse. While they’re able to see how the judges are scoring, and maybe how the wind and changing course condition are affecting other riders, nervous anticipation compounds exponentially until it’s time to ride. 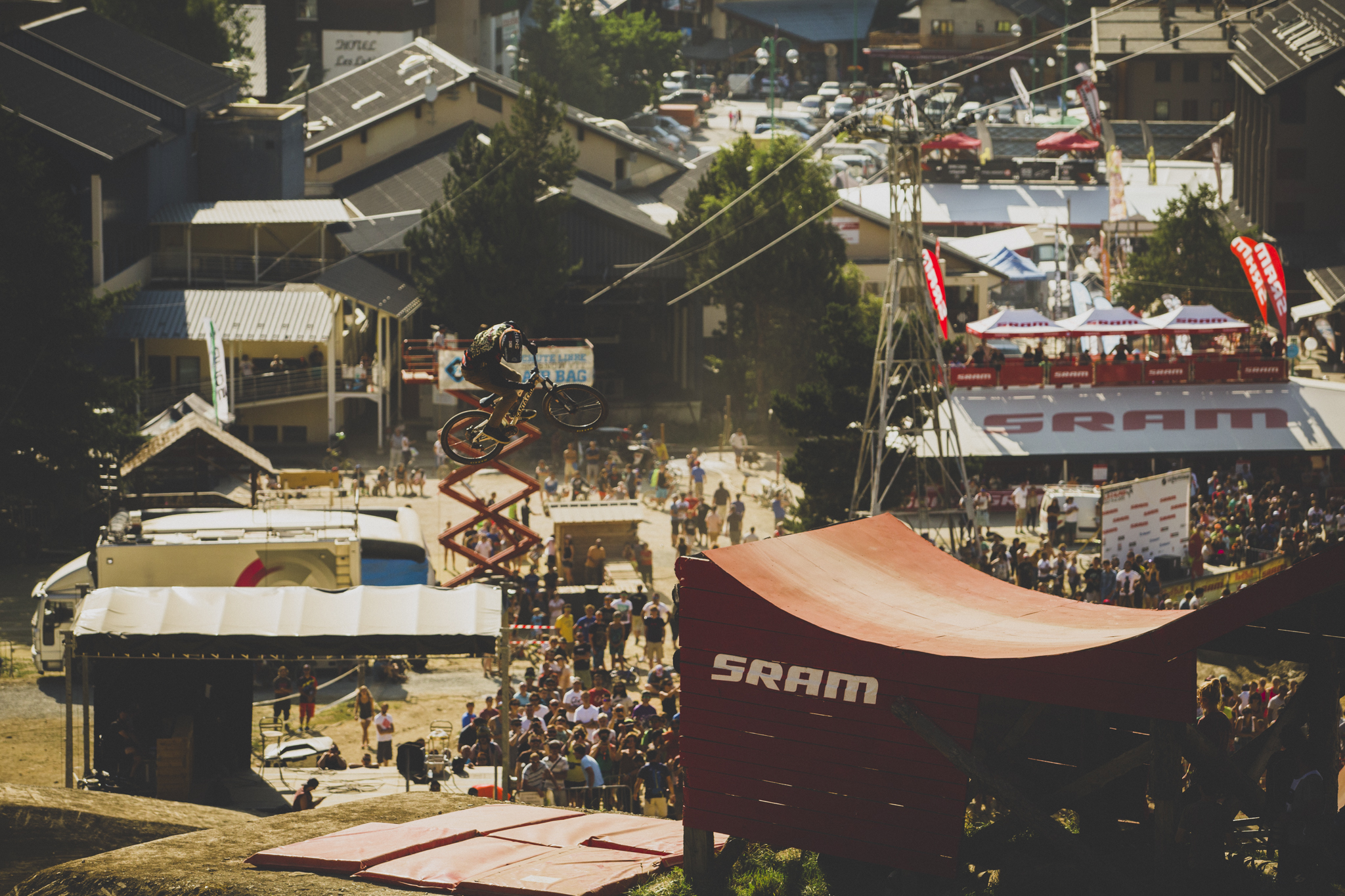 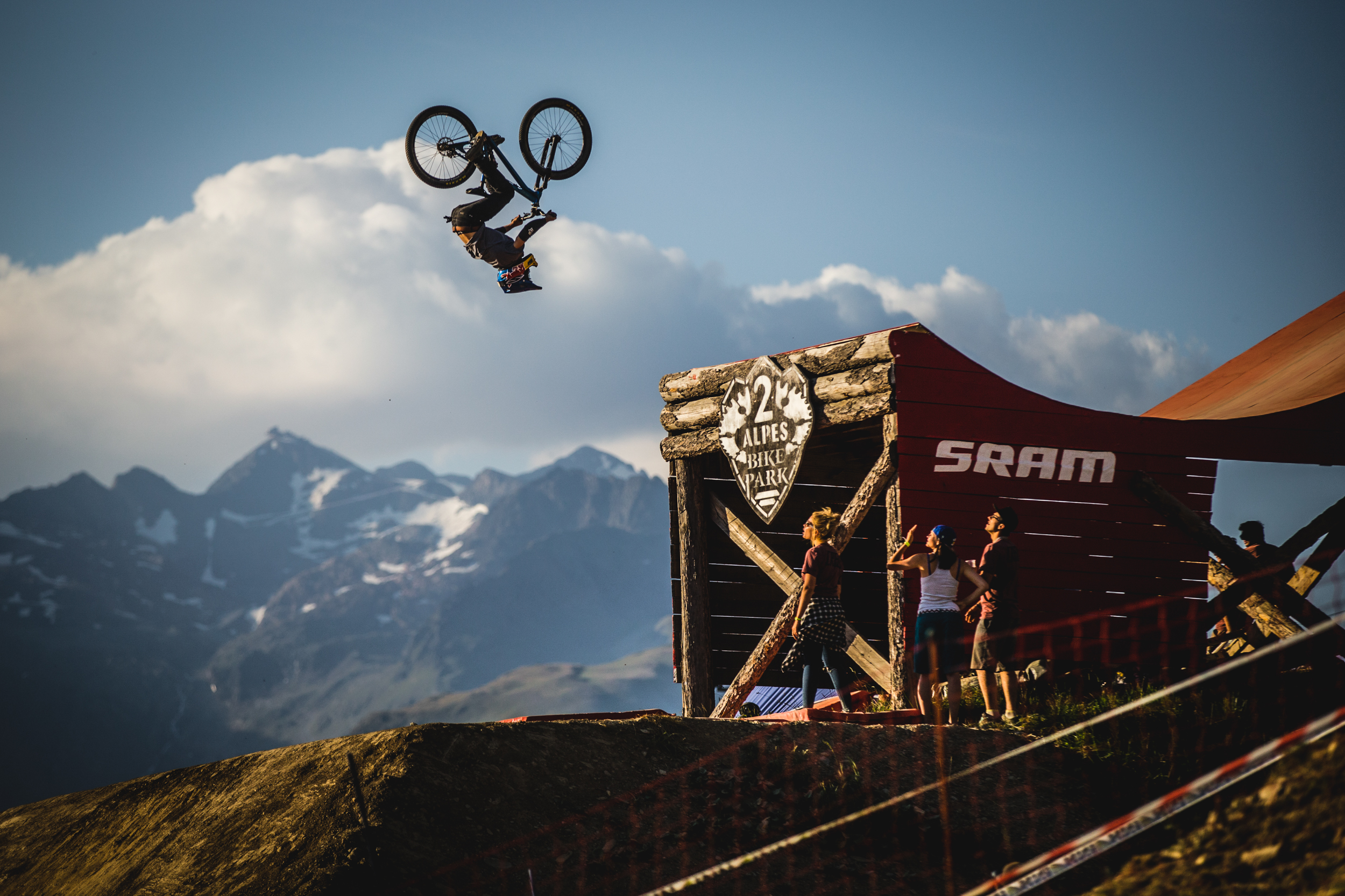 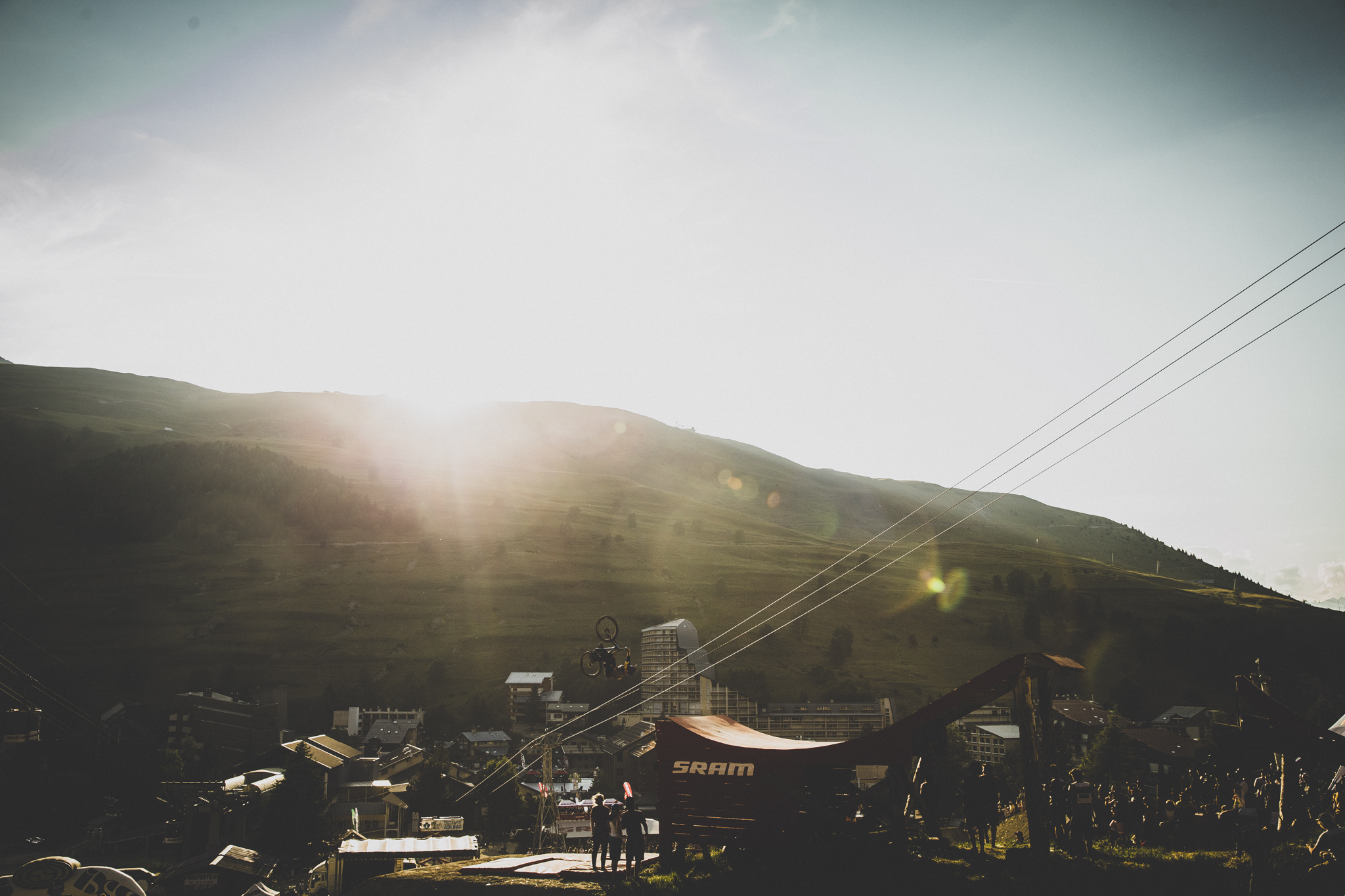 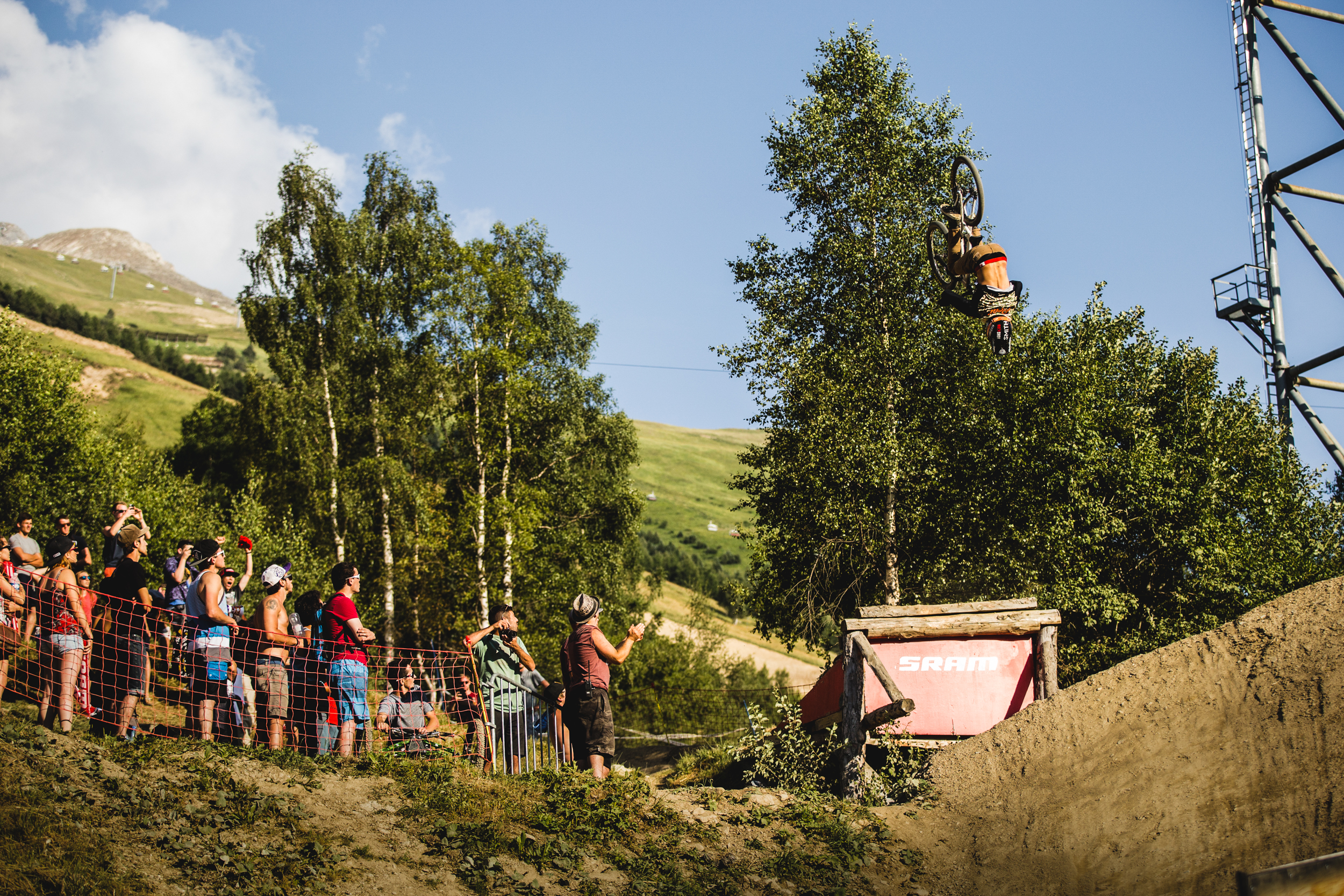 For Semenuk, it’s no longer a matter of banging out a set, pre-determined run. He’s seen others struggling here in ways that seem out of character. And, as this sport has progressed well beyond where it was even just a few short years ago, it requires a fair bit of strategy. Minutes before he makes his way to the start house, his run is still not 100-percent clear in his mind.

Rheeder drops in and delivers a big, but not entirely flawless run. It’s a 93.25 and he’s solidly in the lead. Semenuk follows. Though they trick the jumps differently, watching these two riders compete against each other feels a bit like watching a game of aerial HORSE in which bikes take the place of basketballs. Nothing but net… Semenuk’s run looks good, but he misses a pedal on one of his landings and it costs him any chance at a round-one lead. The judges score it 89.25 — 4 points shy of Rheeder.

Though his first-round nerves are gone, there’s still the heavy weight of competition on Semenuk’s shoulders. Should he clean up his run, take the lead and force Rheeder’s hand? Or should he open up his secret bag of tricks and pull out something huge? Though it seems ridiculous to call anything these athlete do conservative, decides against risking it all on a Hail Mary, a high-stakes, do-or-die attempt at landing a nearly impossible trick.

But just a few jumps in, it’s clear that Brandon is not executing his second run according to plan. Even in the chaos of inverted airtime and the deafening cheers, he was surely weighing the possibility of hauling out that Hail Mary on the bottom part of the course. At this point, it would be Brandon’s only chance to better Rheeder’s score. 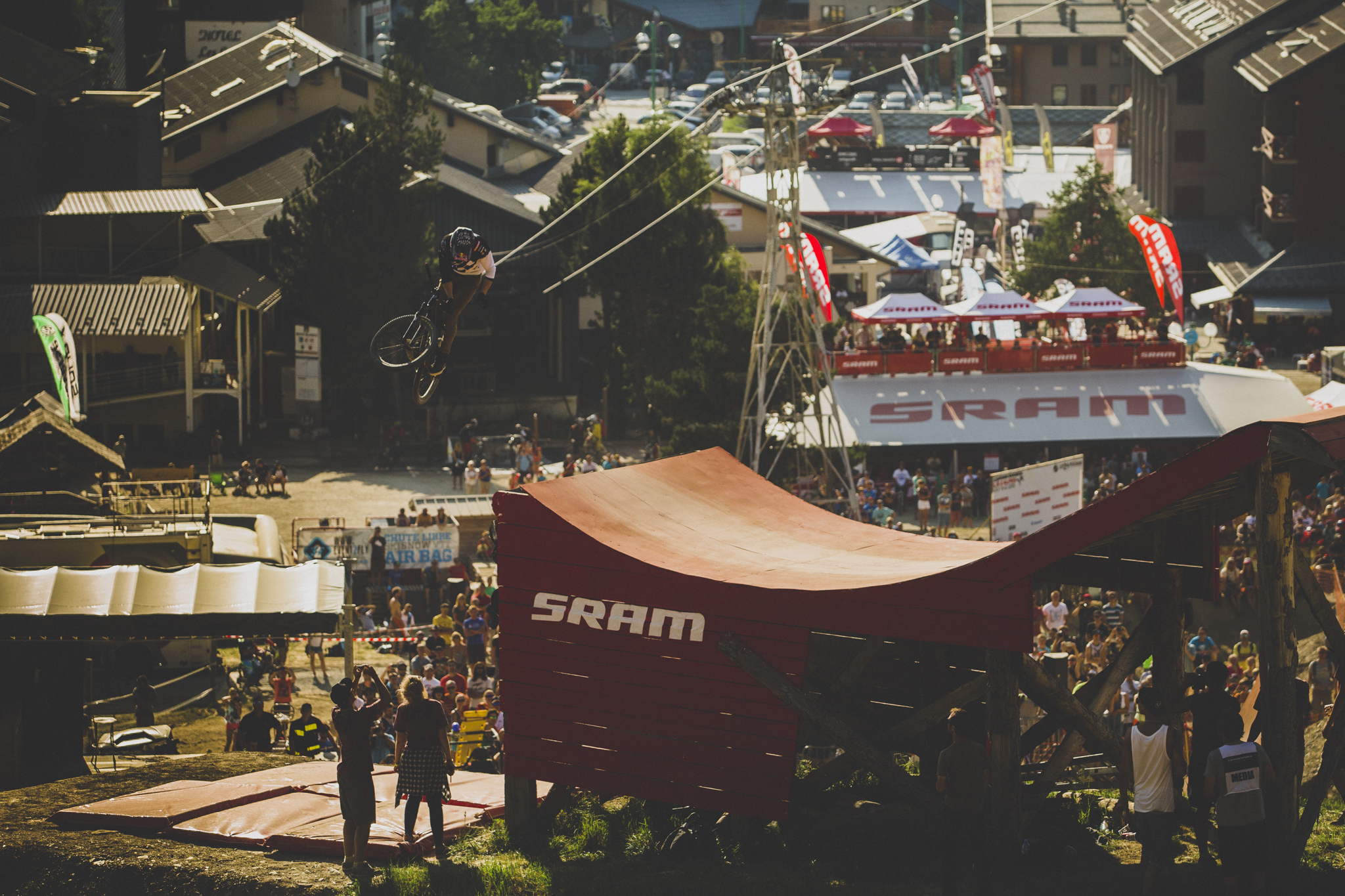 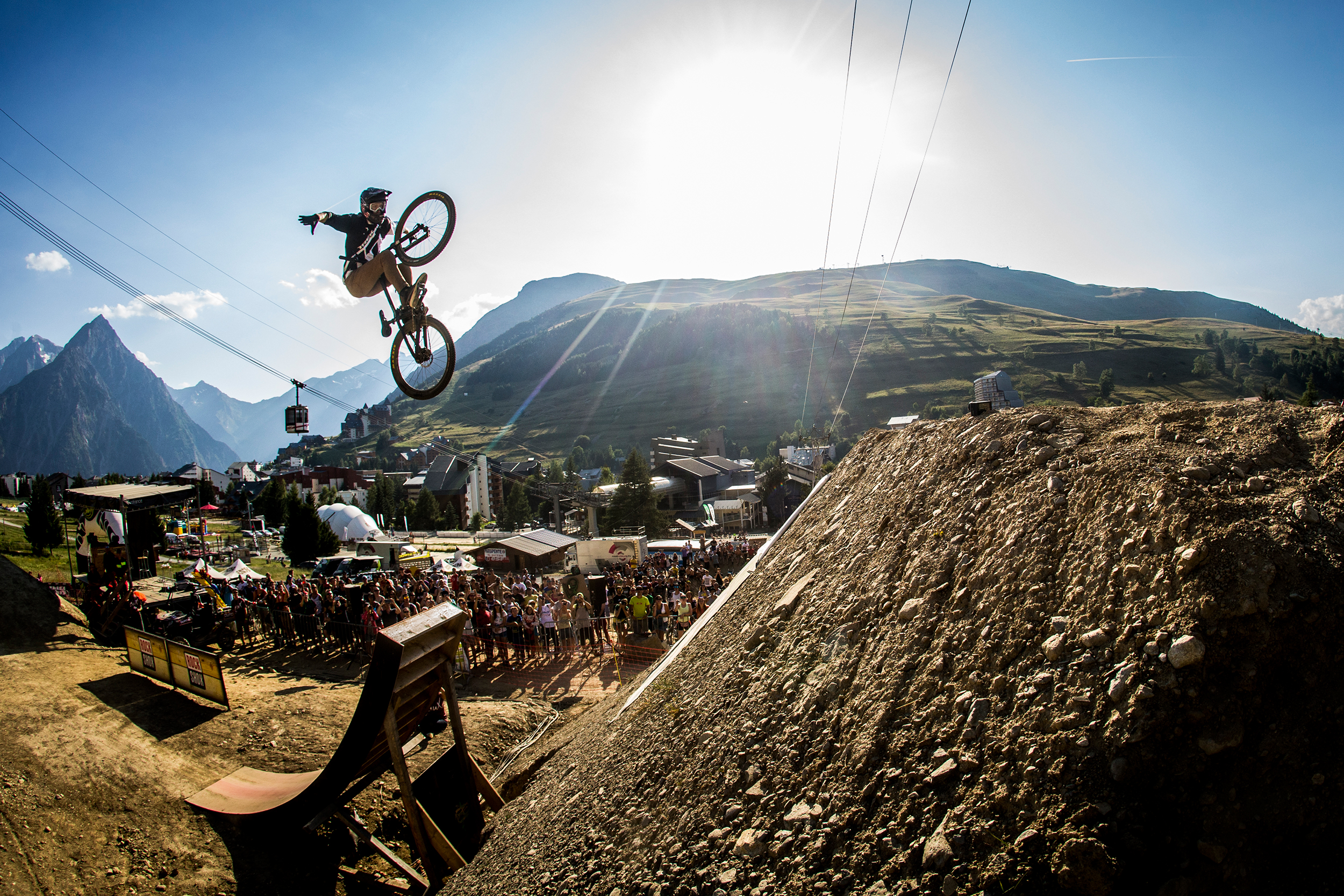 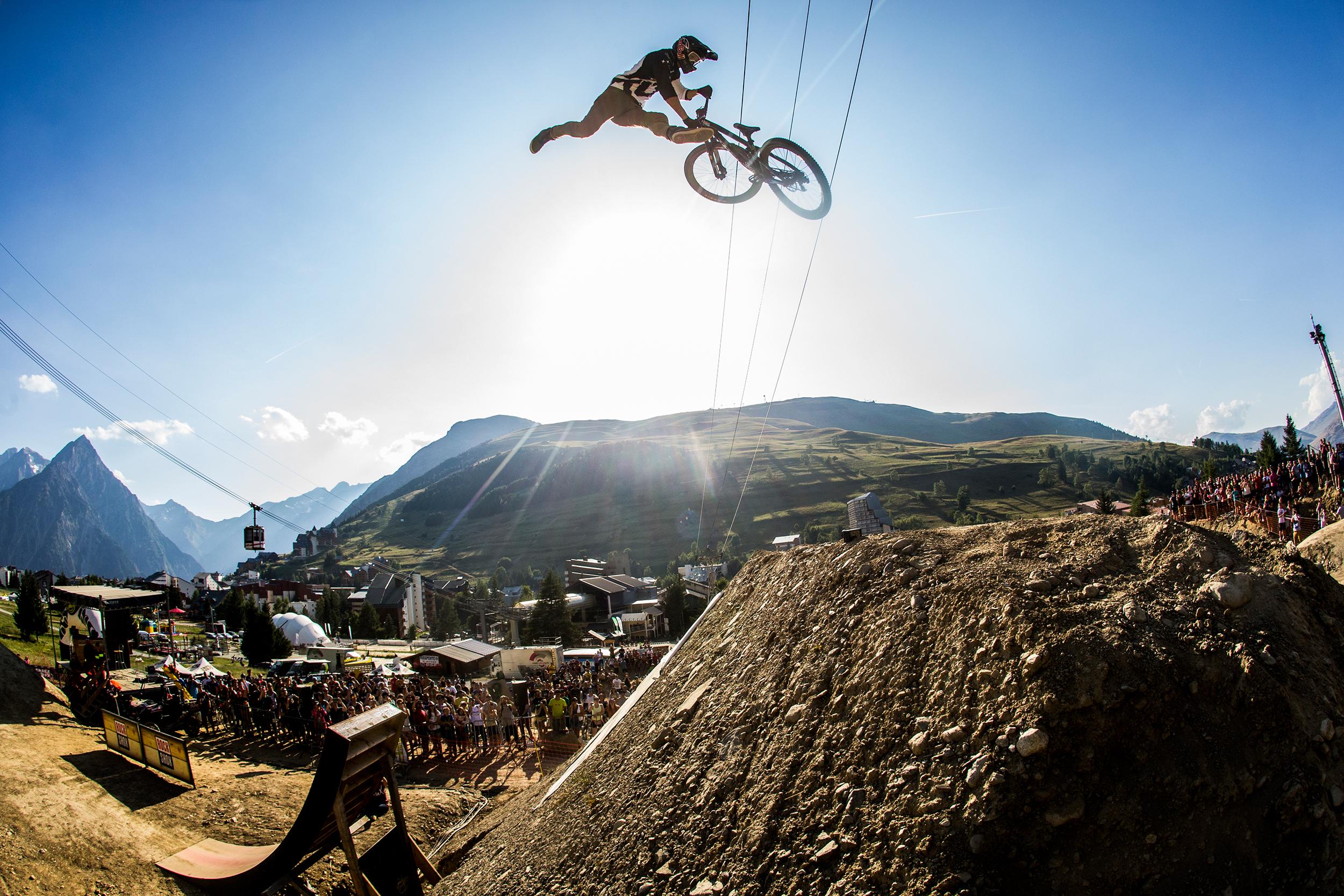 Ultimately, though, he didn’t. Maybe he couldn’t make the points-bonus didn’t add up in his head. Maybe, just maybe for an upside-down instant, a second-place finish didn’t seem that bad. Maybe. But it was clear that any fleeting notion of second place being okay was gone as quickly as he rolled across the finish line.

Eighteen other Crankworx Les 2 Alpes Slopestyle competitors were probably a bit envious of Brandon Semenuk’s podium place. He did, after all, finish ahead of them. But as anyone who has ever tasted both victory and defeat will recall, second place sucks — at least when you have your eyes firmly trained on winning. And especially when you have no excuses — when you know you simply came up short. 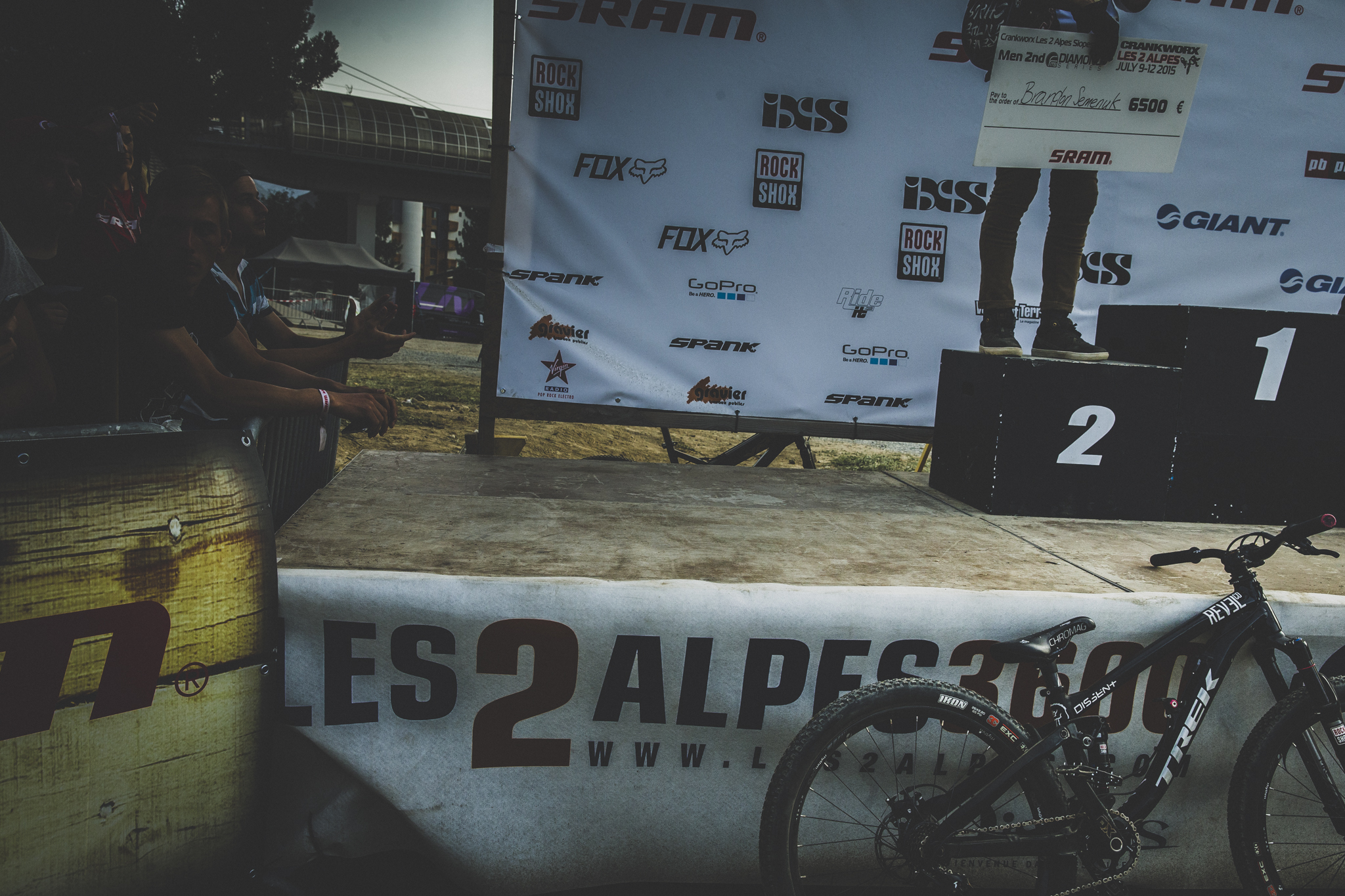