Bontrager recently made some sneaky updates to their Line 30 Carbon wheelsets, in both the more accessible and the higher end Elite and Pro offerings, respectively. On the surface, it’s tricky to differentiate new from old, but alas much of the improvements are made to the rims’ design, thus being easy to miss at a glance. I’ve been riding the higher tier Line Pro 30 wheelset on my Yeti SB-165 for a few months now. 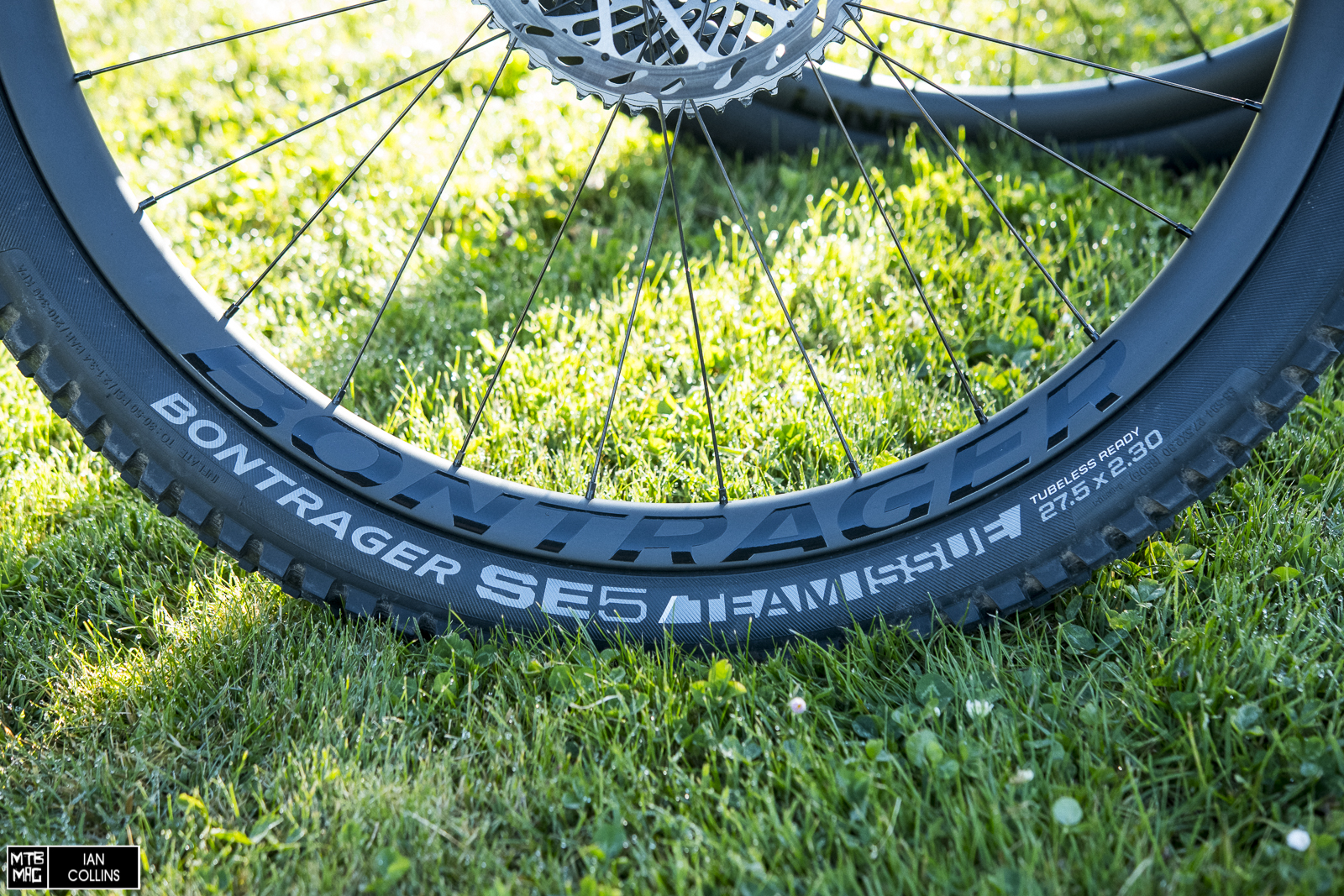 A couple years ago I did get the chance to test the prior iteration of these wheels. At the time Bontrager was one of the first out of the gate with a more affordable, but still very much high end complete carbon fiber wheelset. The redesign of the rim (more on that in a bit) and the addition of a lifetime warranty did come with a $100 increase in the price. Anyhow, scroll down for the full scoop on how they fared. 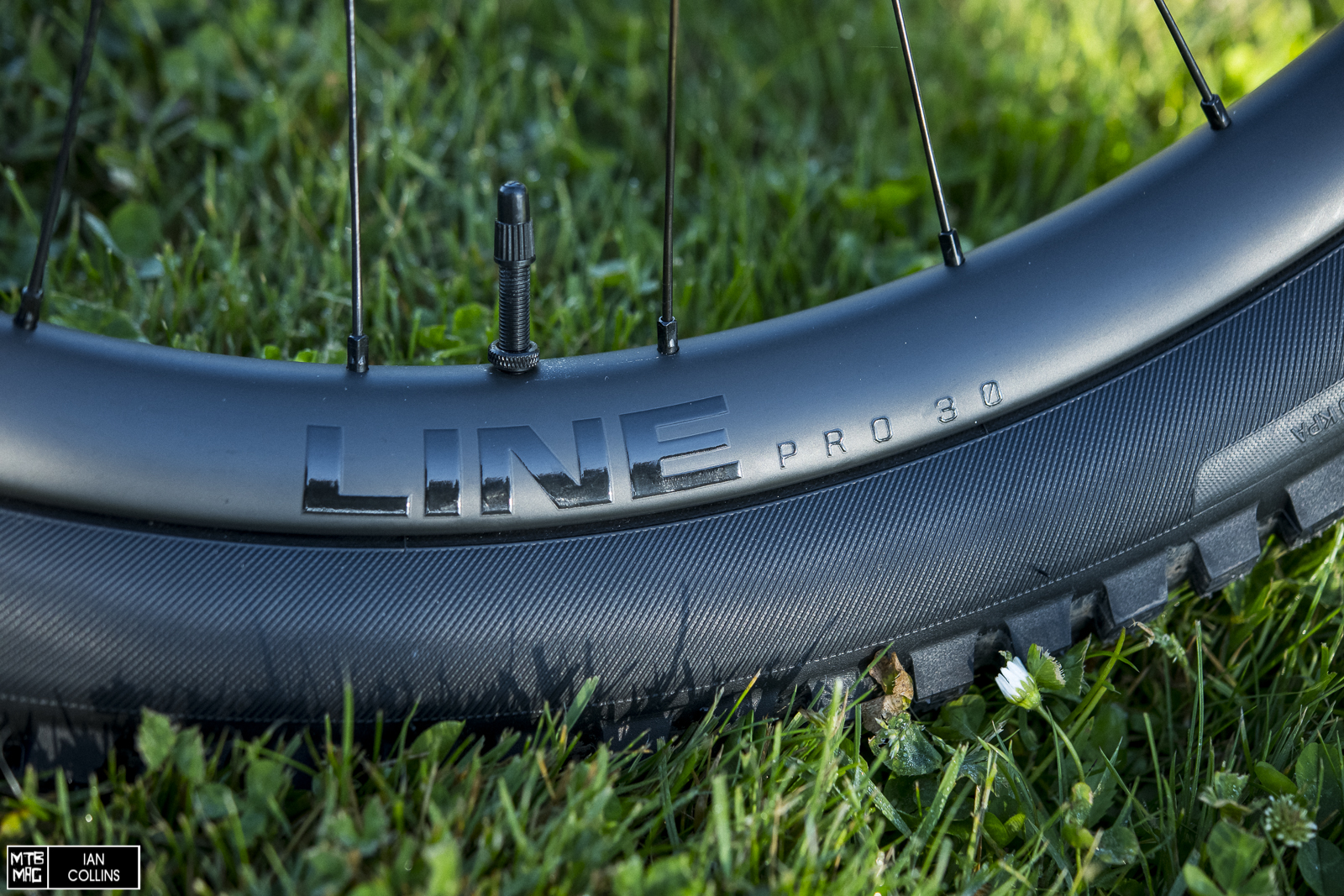 First and foremost, while the rim looks unchanged, it is in fact shallower. This leads to an improvement in reducing feedback and is very much in line with where many brands seem to be going these days. All told, Bontrager’s rim shape is now fairly middle of the road – not super shallow like a Zipp or crankbrothers rim, but not as tall as it once was. 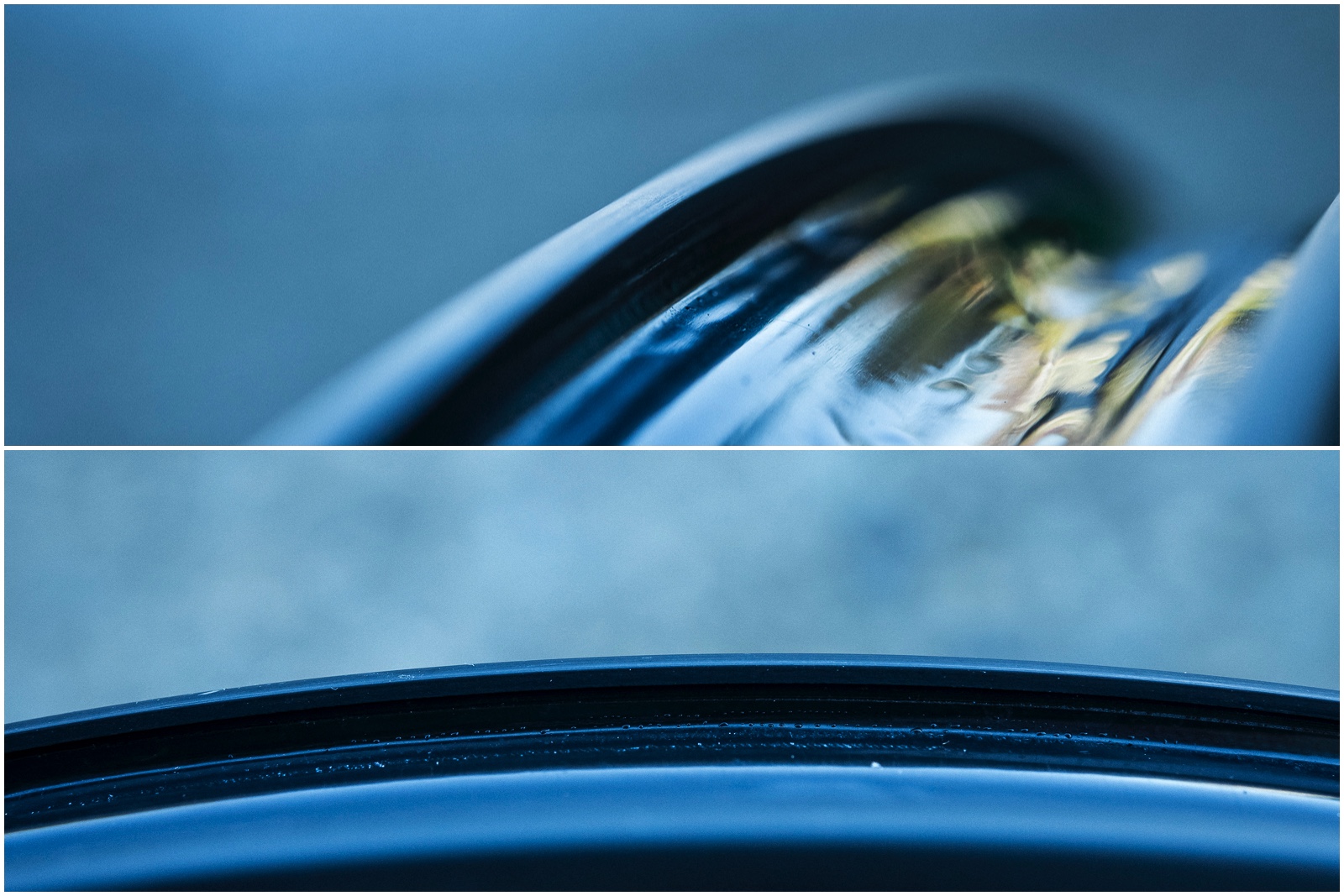 Interestingly, Bontrager has and still continues to use a hooked bead wall. At 4.6mm at its widest point, the wall itself is quite thick – 300% wider than the last version according to Bontrager. This should spread impacts out over a greater surface area leading to lower likelihood of pinch flats and cracks. Graphics aside, the hub design carries over from the last wheelset. The Line Pro 30 tested here sees straight pull spokes – DT Swiss Competition Race 2.0/1.6/2.0 in this case. For what it’s worth, the more affordable Elite Pro 30 wheels use standard J-bend spokes. Despite having 6 pawls and all those P.O.E. (points of engagement), I was rather surprised at how free of resistance the hubs were. When they were new, before things had broken in, and after quite a bit of use/washings, they were really low when it came to drag.

The one small quip I had with the Line Pro 30 last time around is still present. Bontrager includes a really sturdy formed plastic rim strip. While it makes for a snugger fit that could conceivably prevent burping your tire, I replaced it with lightweight tape and saved 89 grams for the wheelset. It’s a small matter in the grand scheme of things, but worth mentioning. Either way, everything else bolted up flawlessly and regardless of tape and tire choice, things sealed up easily with a floor pump.

So, as mentioned prior these wheels were fitted to my Yeti SB-165 – a 27.5″ brawler that’s definitely long in the tooth. In any case it’s a far cry from the short travel 29″ Fuel EX that I fitted the last version to. It is safe to say that duty wise, the Line Pro 30’s cover the spectrum that spans between those two bikes quite nicely – Trail through Enduro, roughly speaking. Out of the gate I really appreciated the near instant engagement on offer from the 108 points and 6 pawls. While I’ve ridden hubs with both slower and faster engagement, put it this way – I couldn’t fathom the idea of not thinking it’s fast enough. On technical climbs and coming out of corners it was nice to be able to put the power down right away. Now we can touch on trail feel for a bit – arguably the number one reason for splurging on carbon fiber wheels in the first place. I can’t make an apples to apples comparison between the old and new versions due to testing different wheel sizes on very different bikes. However, it did seem like there was a bit more compliance on offer as I do remember the Line Pro 30 of old running on the stiffer side of things. With super shallow rim profiles from Zipp and crankbrothers coming into the mix, I wouldn’t rate the new Line Pro 30 on that level of compliance, but rather somewhere in the middle, which is still very much a good thing. While it is hard to gauge, I do feel confident in agreeing that they offer a more compliant ride than their forebear. Anyway, for comparison’s sake, rims like the ENVE M730 or the Santa Cruz Reserve land on the other, harsher feeling end of the spectrum. As far as flat resistance was concerned, I didn’t puncture once throughout the testing period, but it is worth keeping in mind that personally I rarely do. I’ve had just 3 flats in the last 6 years and oddly enough all of them have been to the front wheel. Anyhow, I think it’s very much safe to say that having such a wide bead wall should, at least in theory, make it harder to flat. If you extrapolate the idea out, obviously a super narrow bead wall will cut through a tire all too easily as it’s effectively sharper, and so logically a wider one is less apt to flat. In terms of strength, the Line Pro 30 wheels have had no issues so far, even after putting them through the paces on the far end of the duty spectrum, on what is basically a freeride bike that climbs.

Bontrager’s Line Pro 30 wheelset have been reliable and excellent so far, with the only tiny complaint being that personally I’m not the biggest fan of the rim strips. While their updates seem subtle, that’s okay as they were already great wheels to start. The rim profile is unquestionably an improvement and the wheels have an excellent ride quality – super stiff side to side with vertical compliance being in the middle of the spectrum – admittedly not on the newfangled super compliant end of things. Blazing fast engagement and a simple system that’s easily rebuildable by hand is a bonus. Lastly, the $100 bump in price is very much worth it for a lifetime warranty. If $1,300 is a bit on the steep side, consider the Line Elite 30, which come in at only $900 and somehow still manage to boast a lifetime warranty. 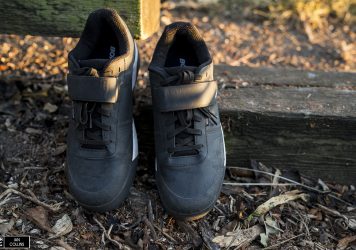 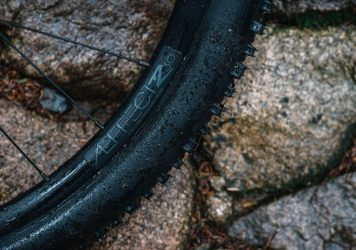