I don’t test gloves too often because I don’t wear them too often, but due to a recent move to an area with more inclement Winter weather, riding sans gloves is no longer really an option this time of the year. Chromag was kind enough to send out a pair of their Terro gloves a few months ago and I’ve been riding with them constantly ever since. The year round gloves feature a synthetic leather palm and ethically sourced Merino wool, which is ideal in conditions that are hot, cold, dry, wet and everything in between. Read on to see how the Terros have been working out… 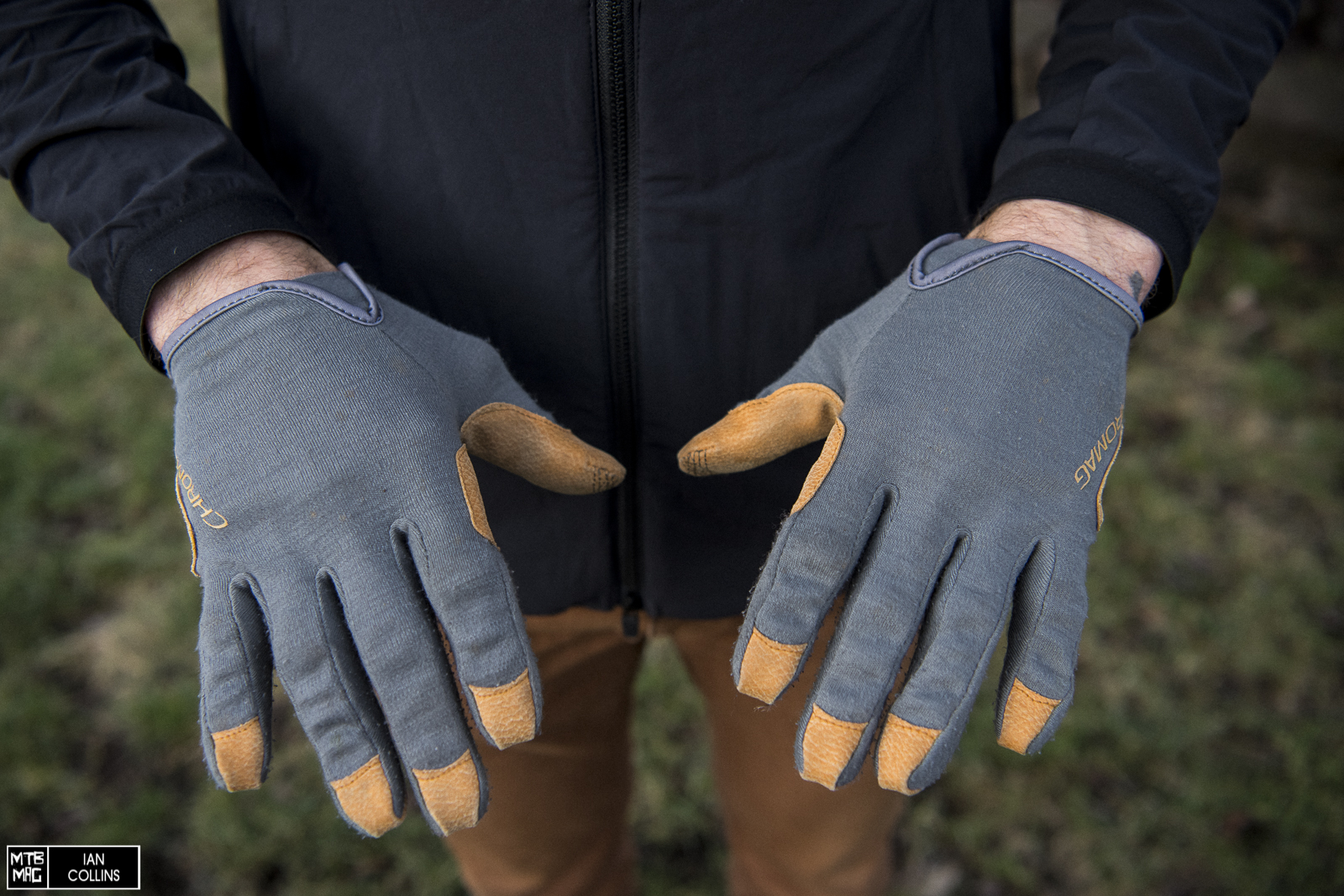 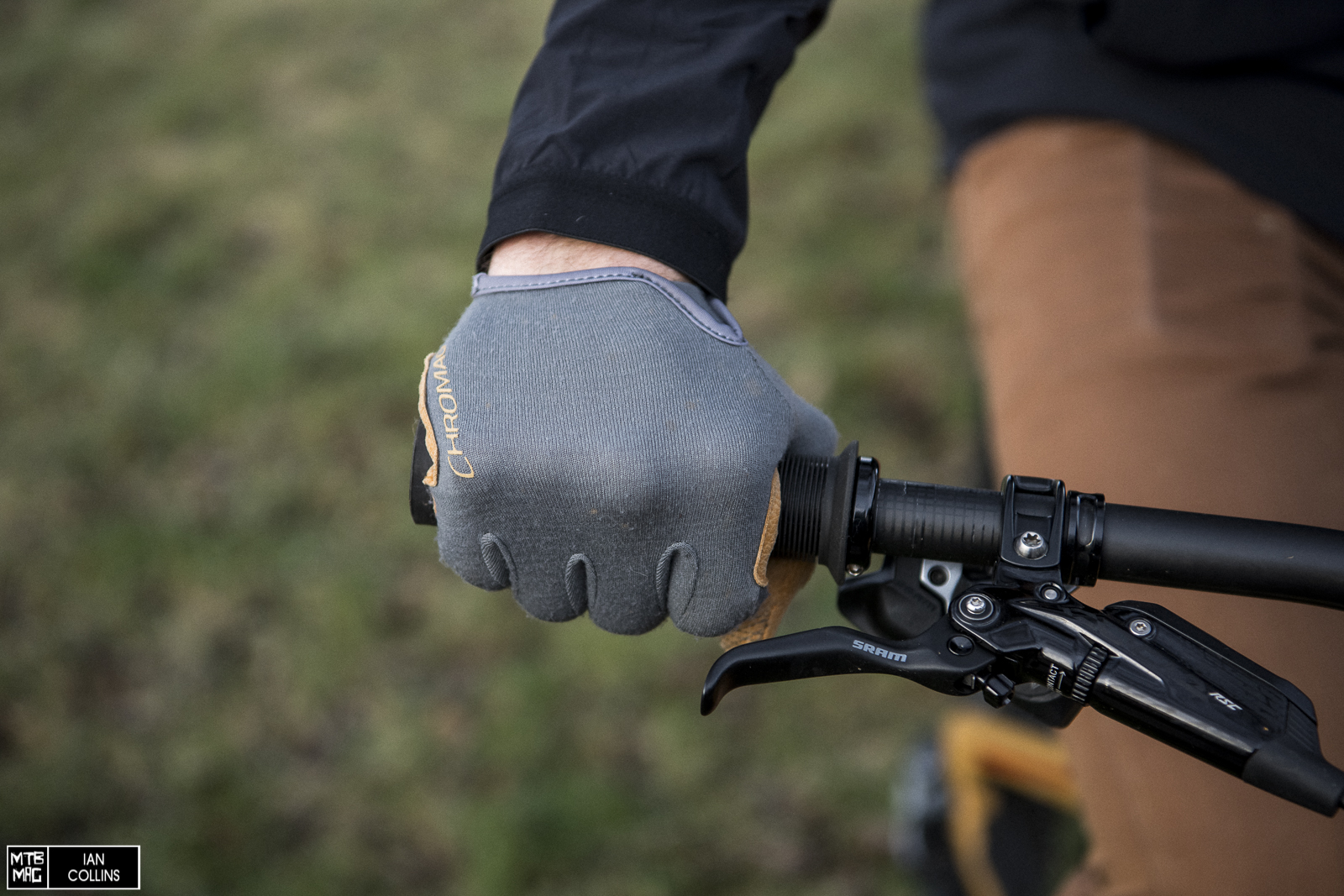 It isn’t all that often that you see gloves made from Merino wool in the mountain bike world – although it is used in jerseys fairly commonly. As a material it’s best known for the fact that it defies common sense by keeping you cool in warm temperatures and keeping you warm in cool temperatures.  It does so by way of its excellent moisture wicking properties and ability to trap warm air, respectively, due to its thin, dense fibers. 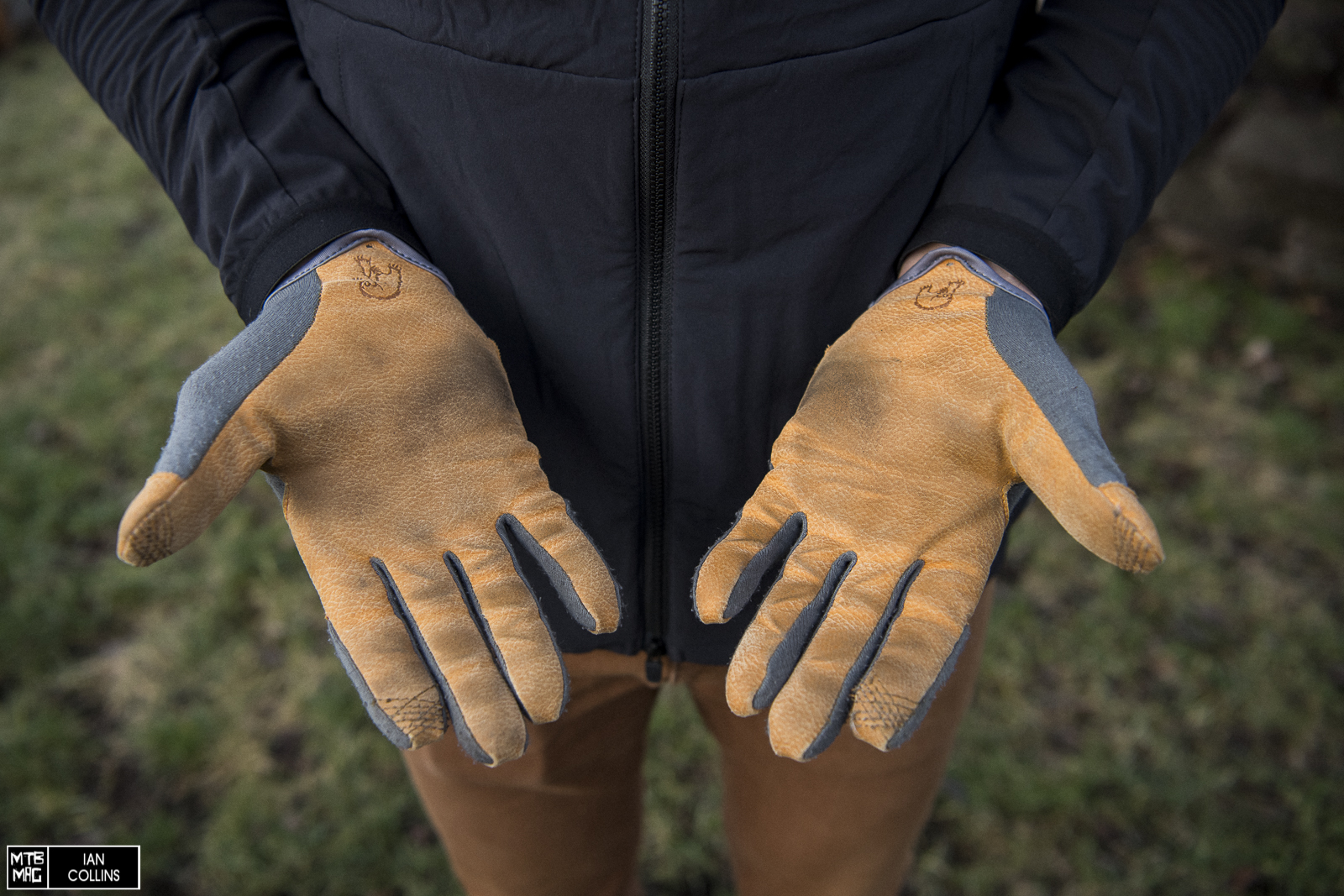 The palm of the glove is made from synthetic leather that is so close in feel to the real thing that I had no idea they were synthetic until I looked at the specs. 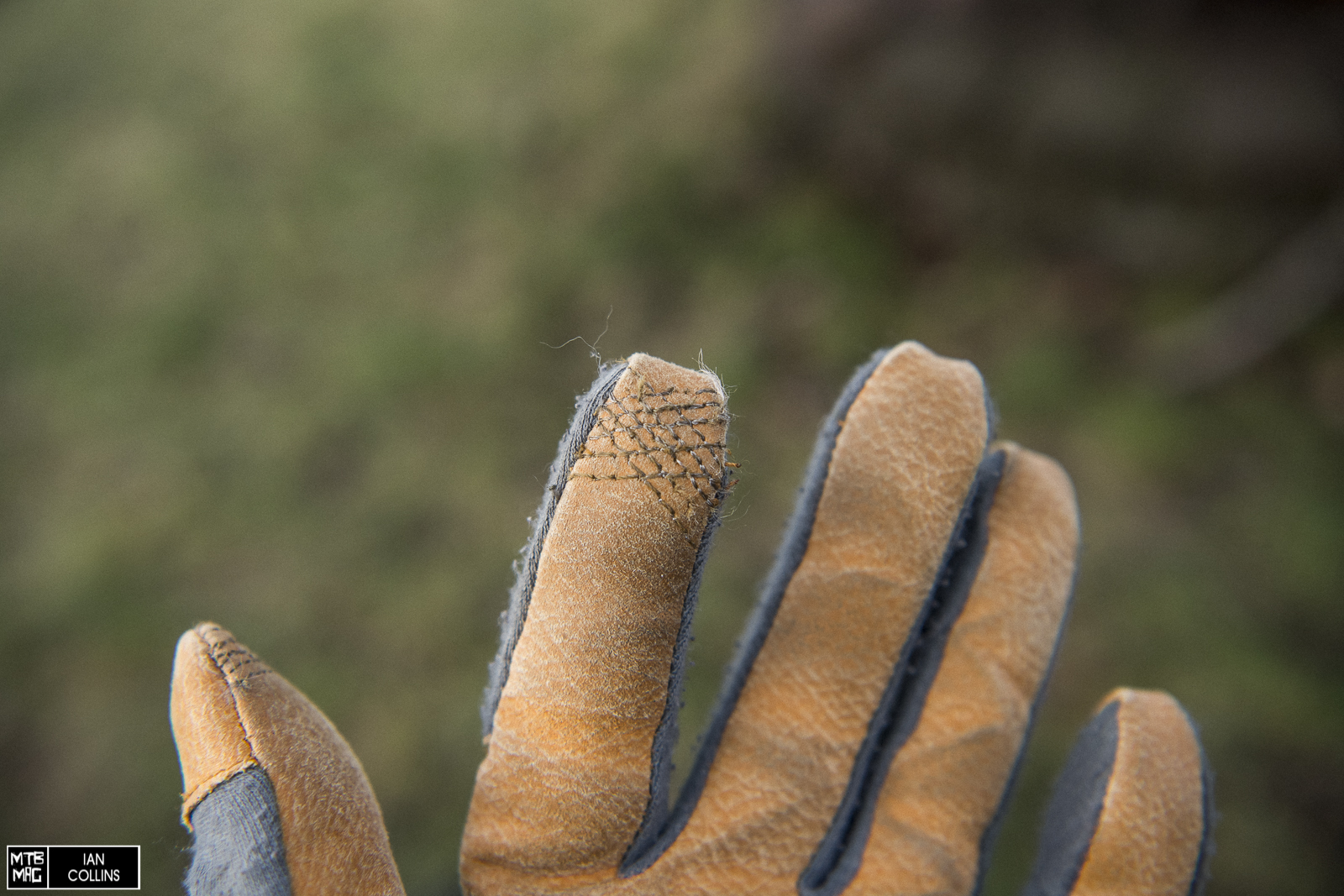 The index finger and thumb have threading stitched in to make the gloves work well with touchscreens on smart phones. 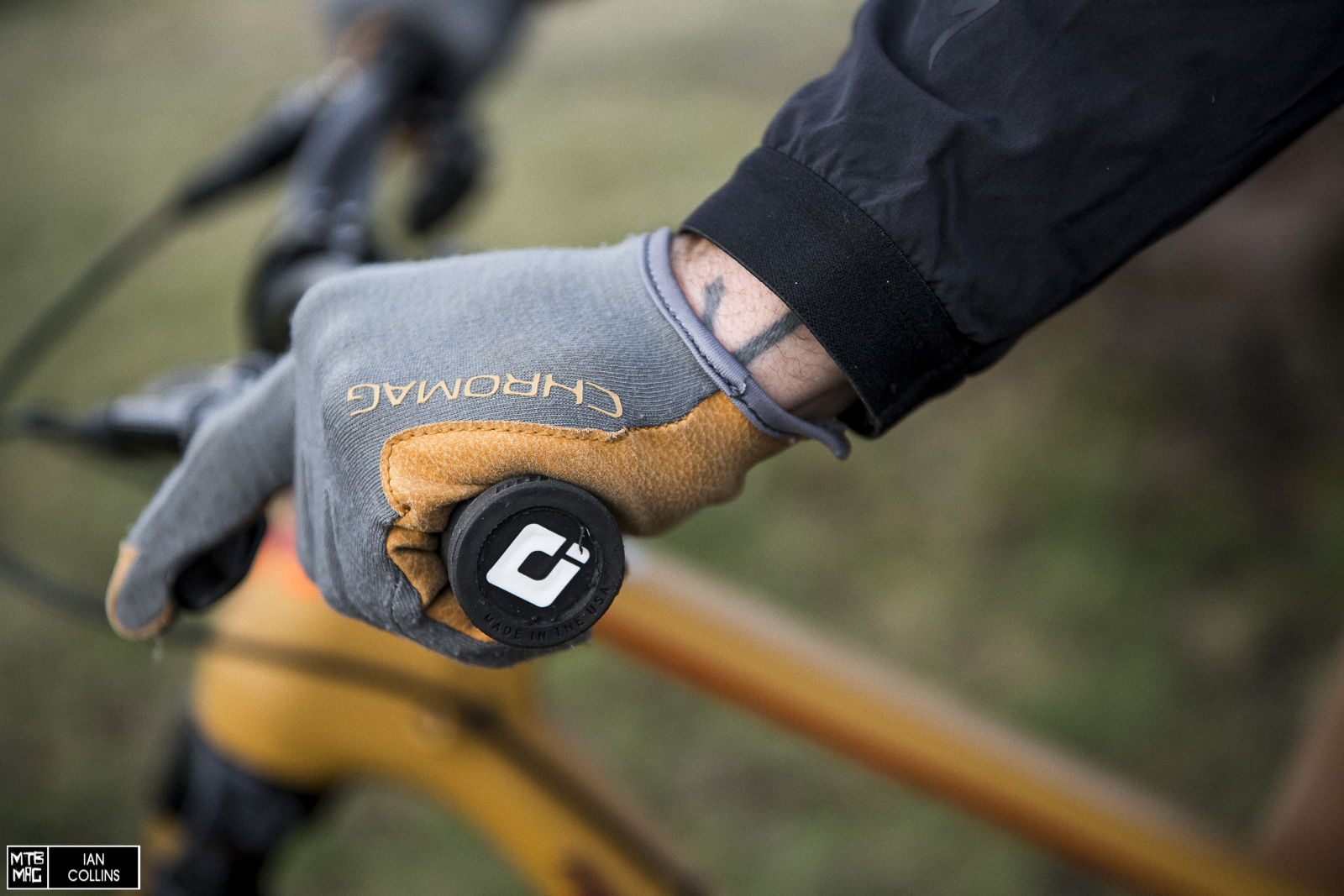 The palm on the Terro wraps up and around at the outside, so that the butt of your palm is never resting on a seam. 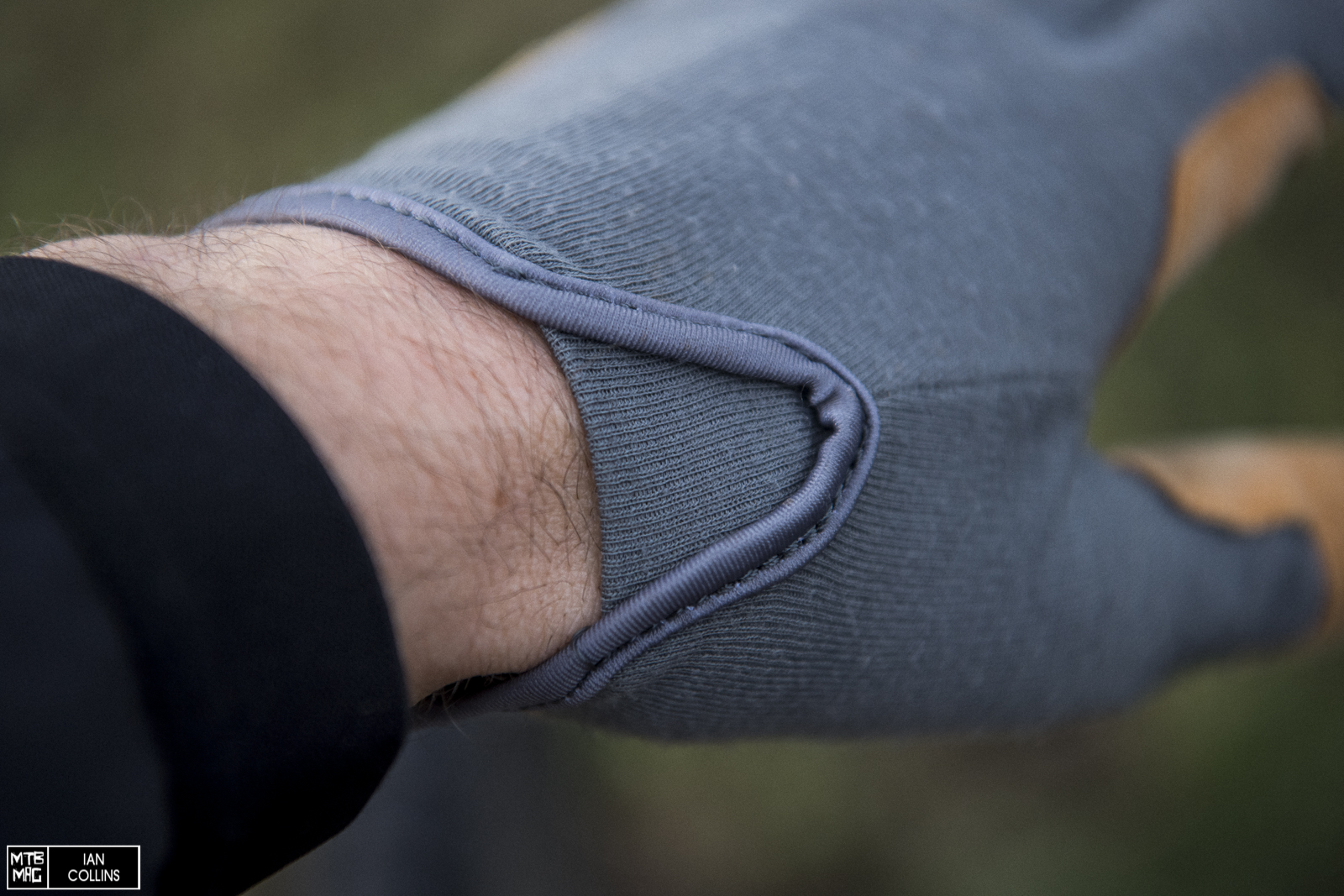 The merino wool is rather stretchy, so the gloves forgo having a bulky velcro closure in favor of a more minimalist approach taking form in the simple gusseted seam shown above. Getting the gloves on and off was never clumsy. 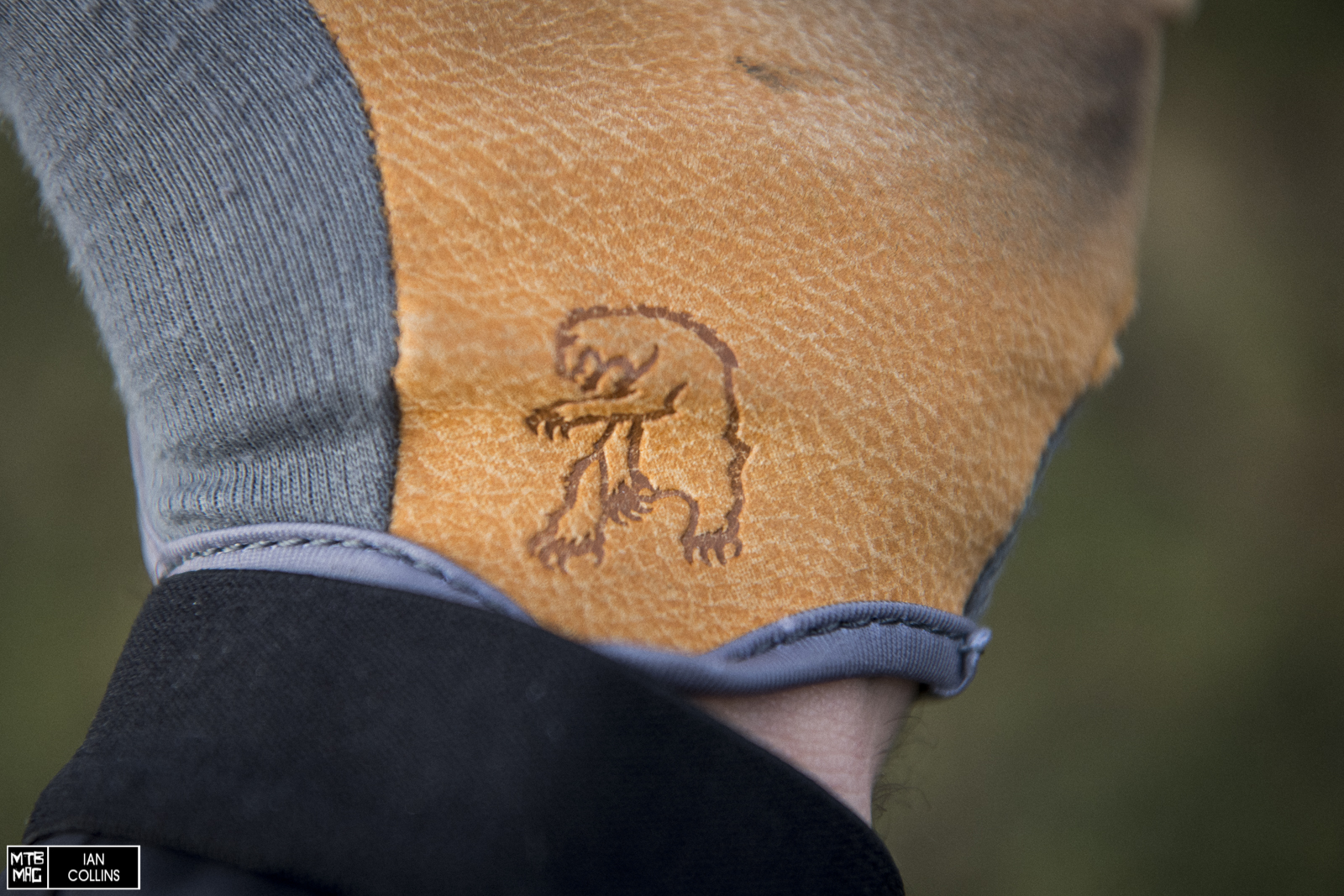 Lastly, there is a small tab on the inside of the wrist to make the Terros a bit easier to pull on.

When the weather started to quickly drop in September I realized I had better start wearing gloves whether I liked it or not. My personal aversion to gloves mostly has to do with feel, so I welcomed trying a minimalist glove like the Terro. Starting with fit, I’m usually a size Large and the sizing was spot on. There was no bunching or odd quirks to the fit or coverage either. The synthetic palm, as a material took me by surprise. It wore just like real leather and with time developed what was almost a burnished feel. The material was also unfazed by a few washings and has gotten better with time in terms of feel – much like real leather. One aspect where things seemed to depart from genuine leather was in how the material felt when it got wet. Real leather gloves can feel a bit slimy when they’re fully soaked, but I was pleasantly surprised to find that was not the case with the material used on the Terros. And thus, the grip and feel was quite good in a wide range of conditions. All in all the feel and comfort on the bars is about as good as it gets. 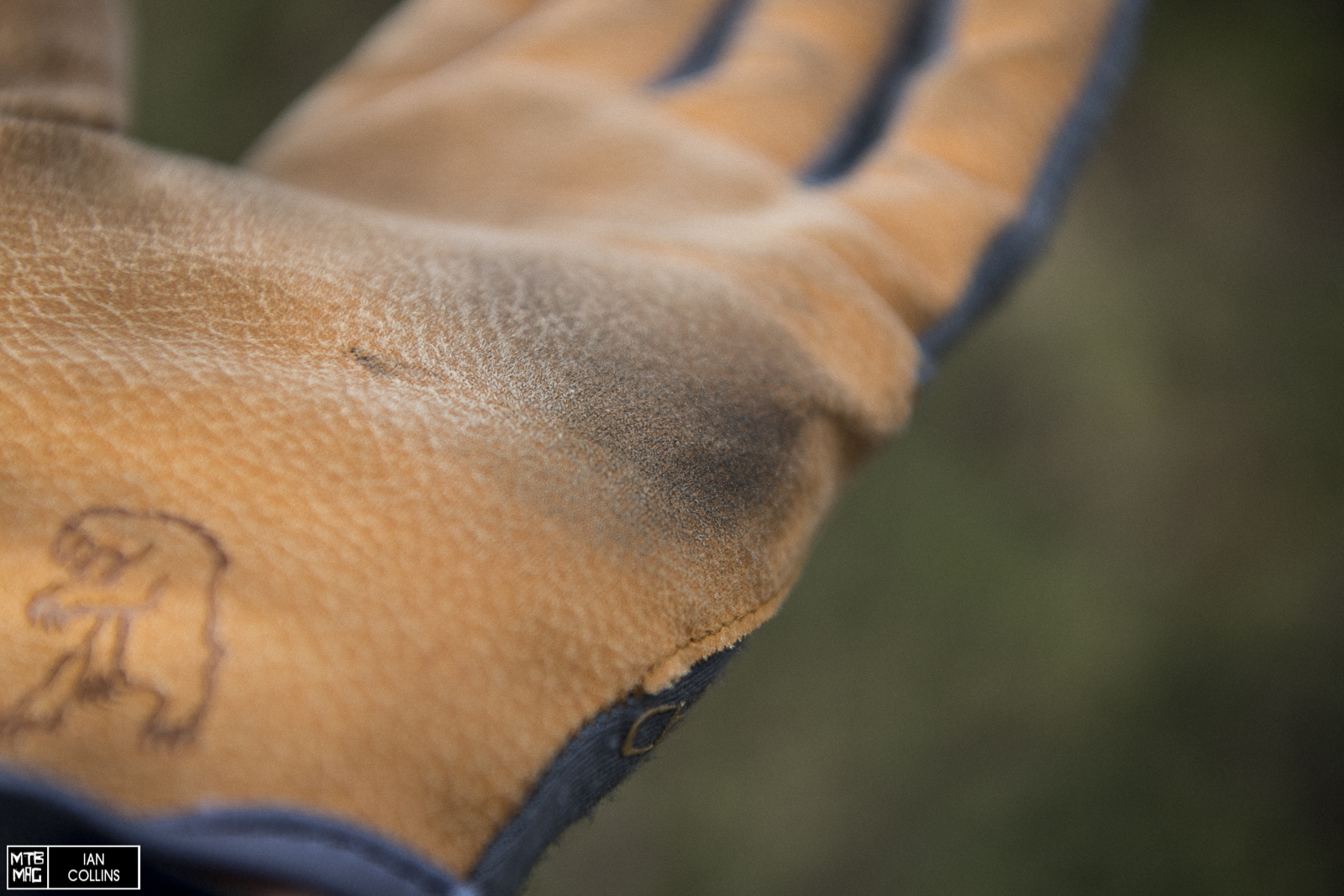 As far as the rest of the glove is concerned, I’ve been riding in temperatures as low as 15º Fahrenheit with the Terros. Although I doubt Chromag would recommend them in temps that low, but they worked pretty well for me provided it wasn’t too windy and I kept the pace up. The bulk of the time has been spent in weather ranging from the low 30º’s to the mid 60º’s (F) and it’s very impressive how well they manage moisture, heat and cold – Merino really is a wonder material and in my opinion is far better than synthetics. As far as other details go, the extra material coverage at the butt of the palm and the intersection of the thumb and index finger is nice – I did appreciate that they worked well with my iPhone’s touchscreen. The only minor bother I had was that there were a couple of threads left long on the stitching at the tip of the finger and thumb. A quick singe with a lighter solved that and nothing has come unravelled anywhere on the gloves.

At the end of the day, I’d sum up Chromag’s Terro gloves as the perfect glove for riders who hate gloves. As I’m included in that category, I must say they’ve won me over. Their perfect fit, uninhibiting feel, and ability to vanish from the mind in a wide range of temperatures make them a winner. The $43 price tag is just a hair on the expensive side, but Merino doesn’t come cheap and as I mentioned prior they wear well, so it’s very much worth it. All in all, a great pair of gloves, especially in cool to cold temperatures.