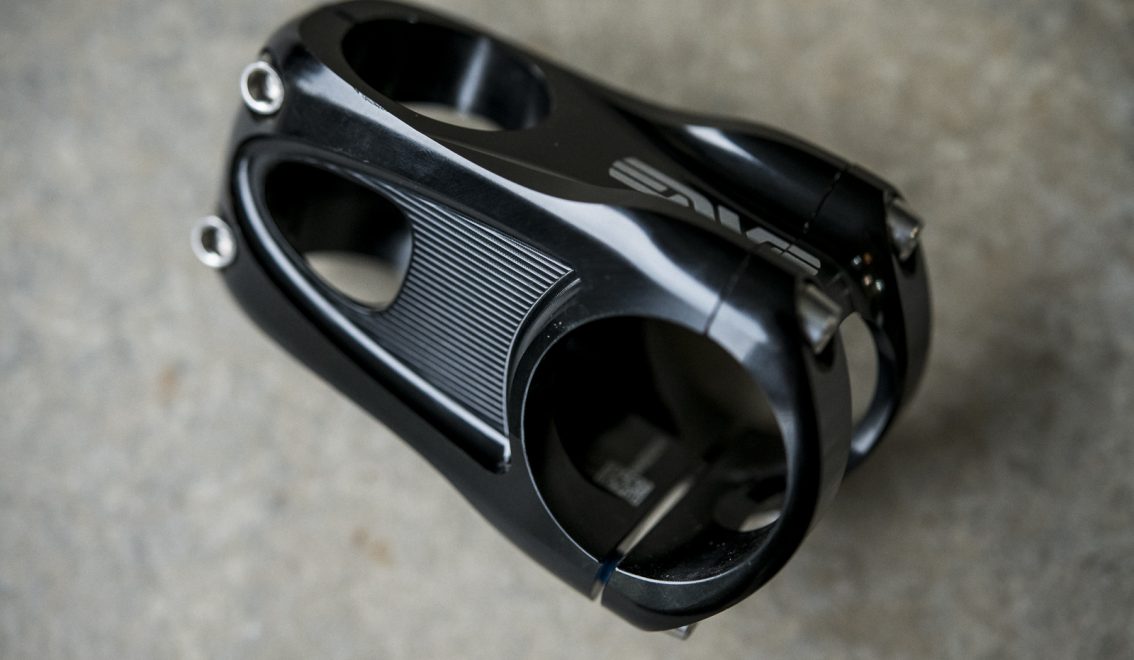 Although they’re mainly known for being one of the very few manufacturers to dare venturing into the realm of carbon fiber stems, ENVE recently took the dive into far more affordable alloy mountain bike stems as well. Interestingly, the swoopy silhouette isn’t a far cry from that of their more rounded looking carbon stems – and it is a matter of form over function to some extent. If you’ve ever smashed a bare knee on the back of your stem you probably weren’t wishing it had more 90º angles. Anyhow, I’ve been riding the Alloy Mountain Stem for a few months now, so read on to see how it’s tested out… 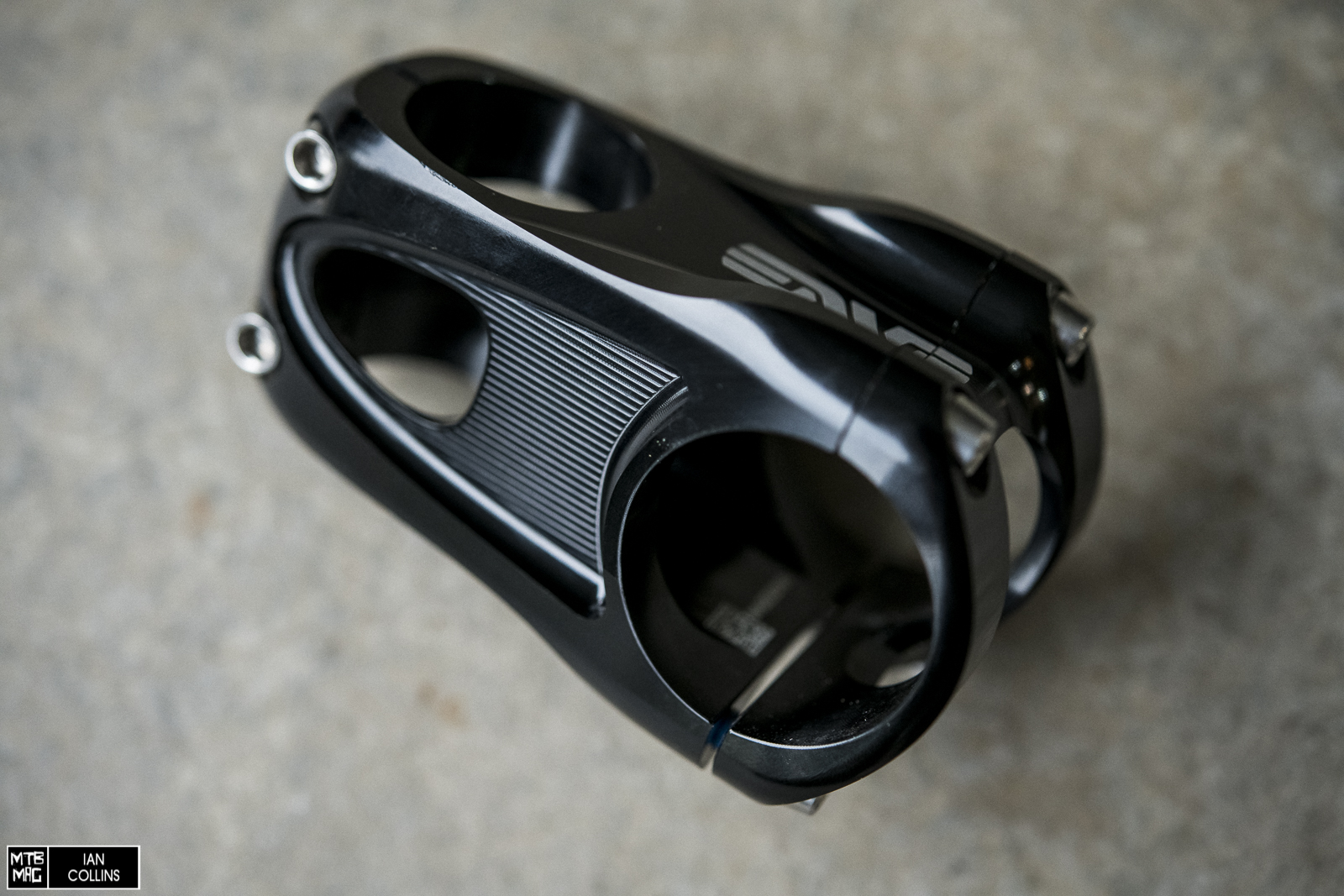 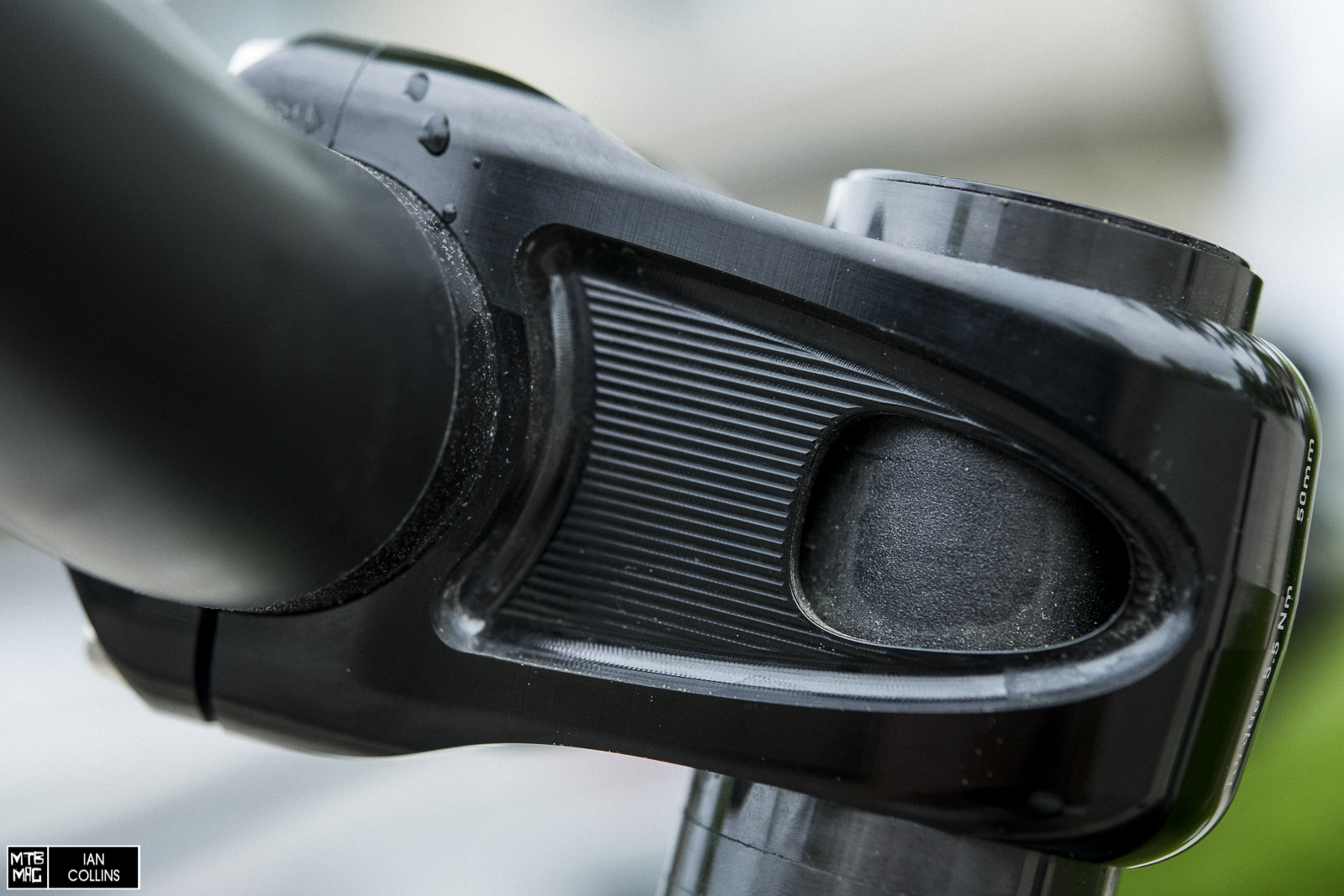 Enve leaves some traces of the machining at the sides for style points, and finds space for relief at the steerer tube, which in turn save a few grams. 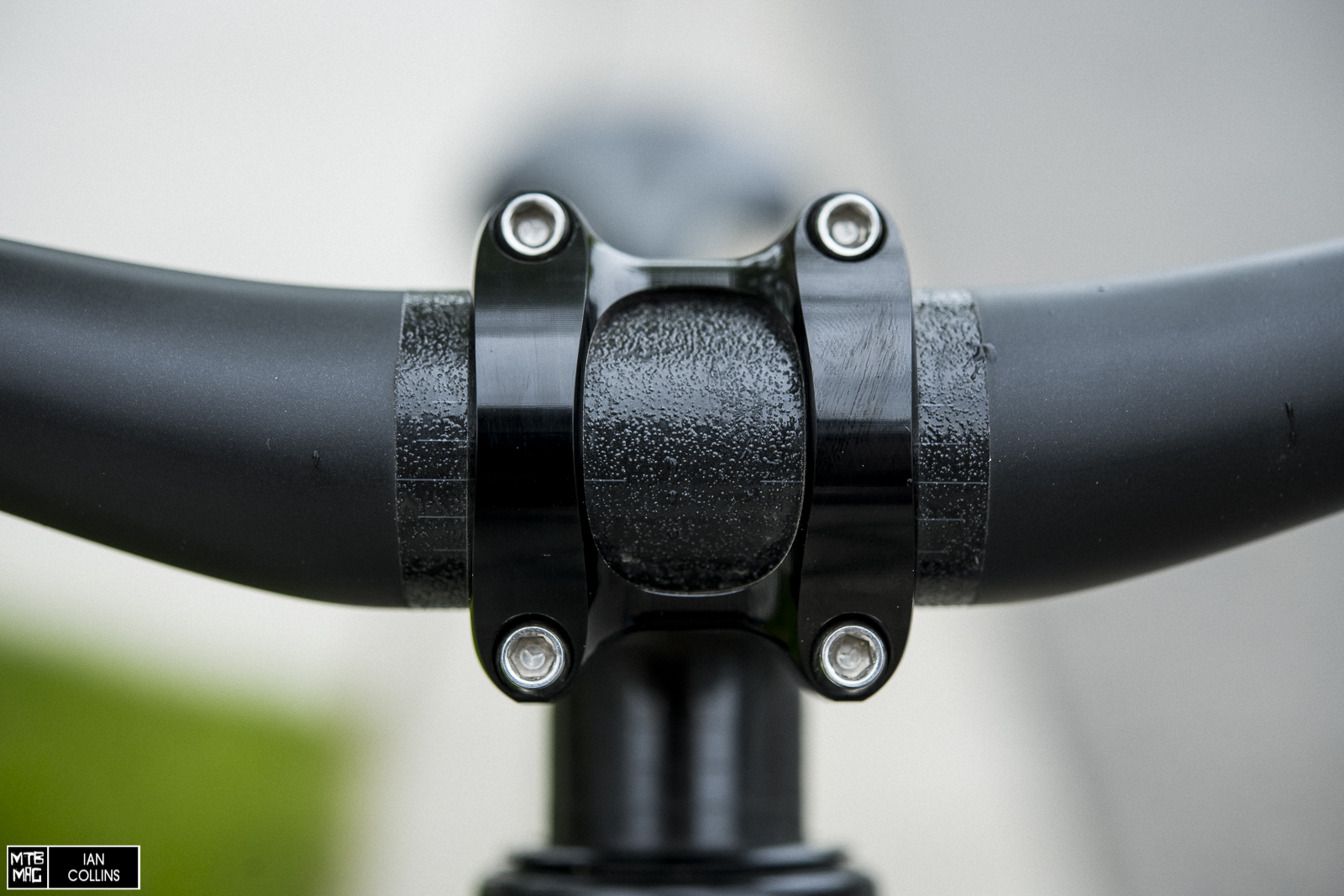 There’s also an opening in the face plate to trim some unnecessary fat as well. Stainless hardware all around is a nice touch too. 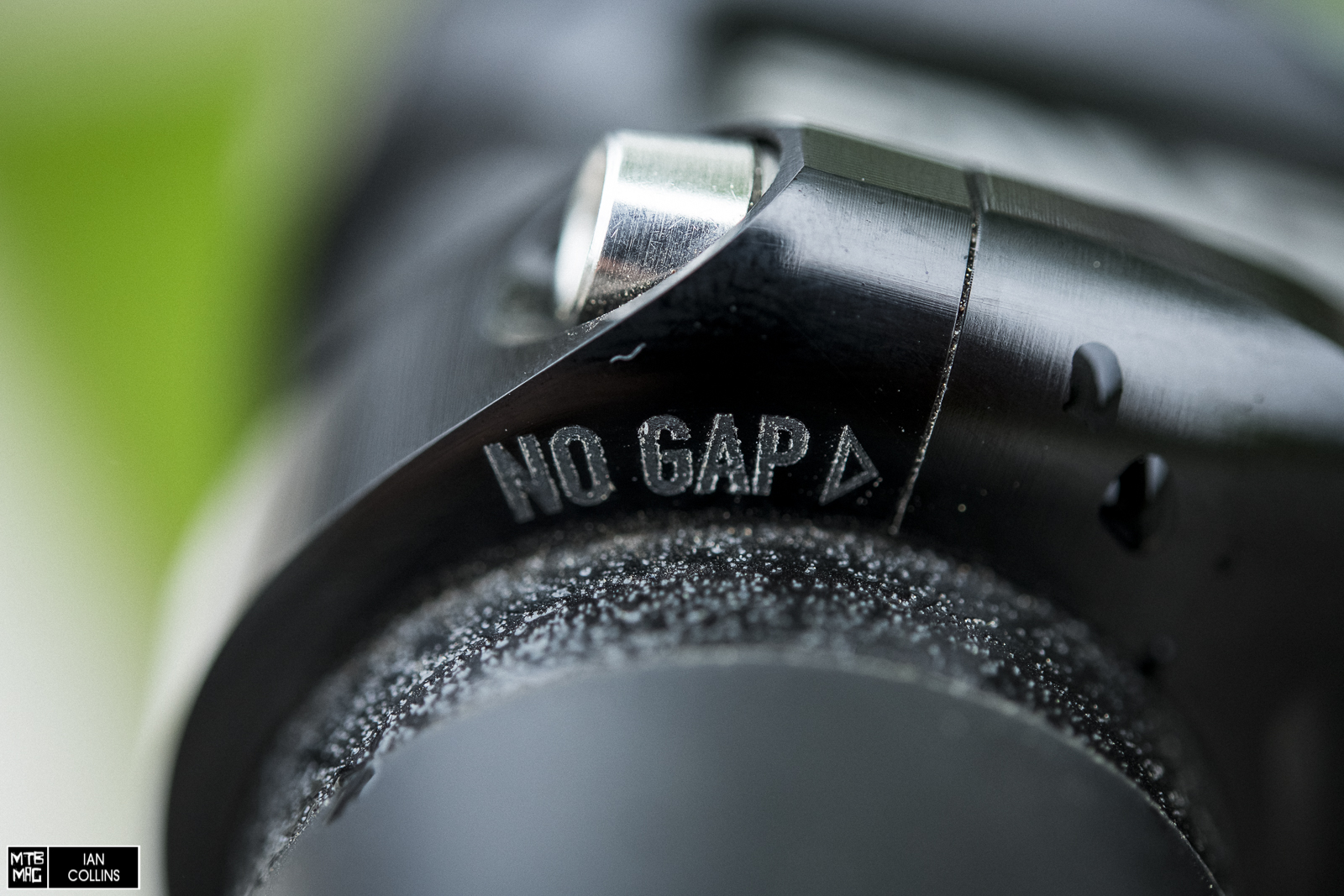 Like many stems these days, the Alloy Mountain stem opts for a zero gap upper fitting. Rather than try to guess how well distributed the pressure is across 4 points, you simply close the top gap, then apply a nice even 5.5nm of torque at the lower screws. 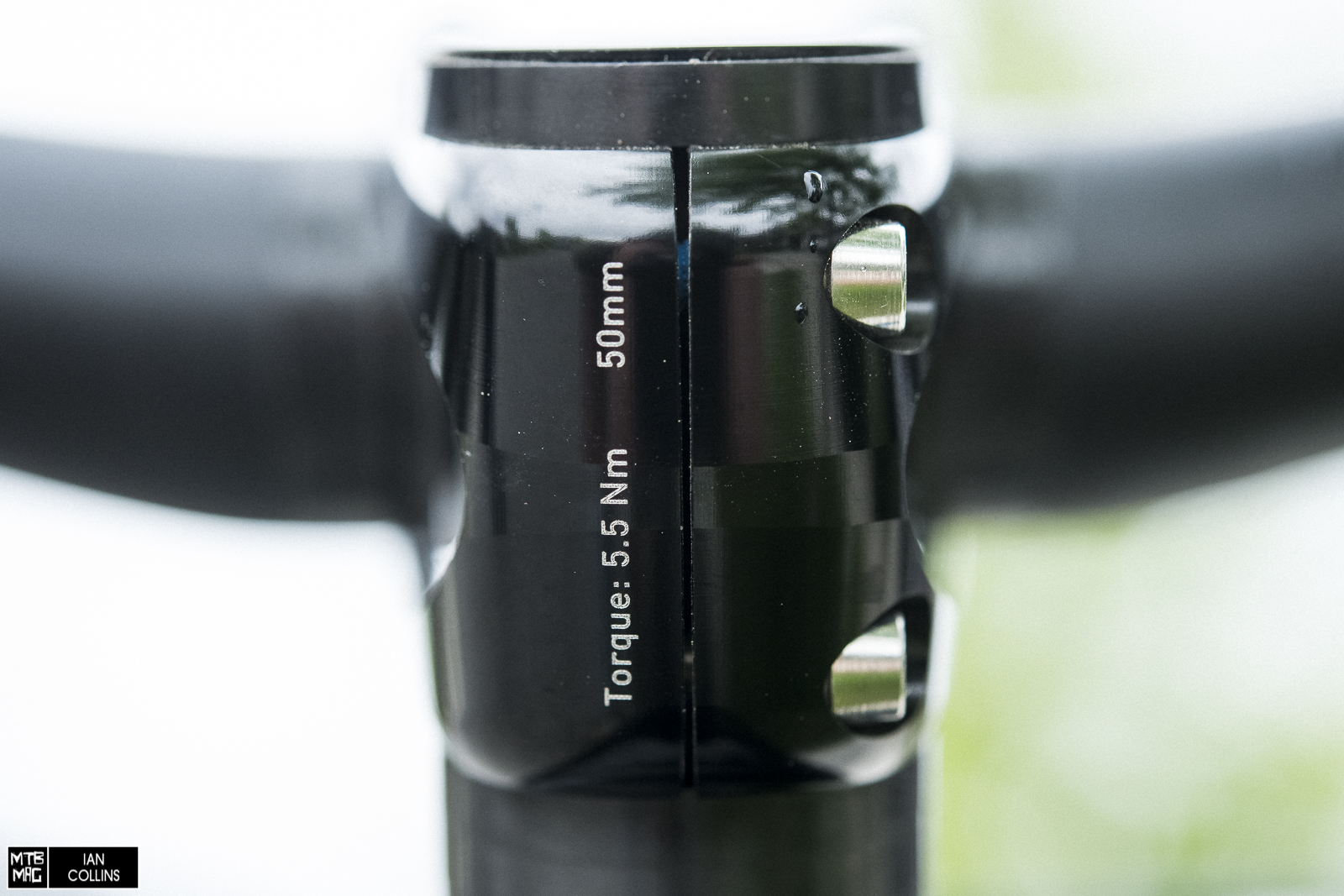 As a nice little reminder, the torque specs are subtly included at the back of the stem. 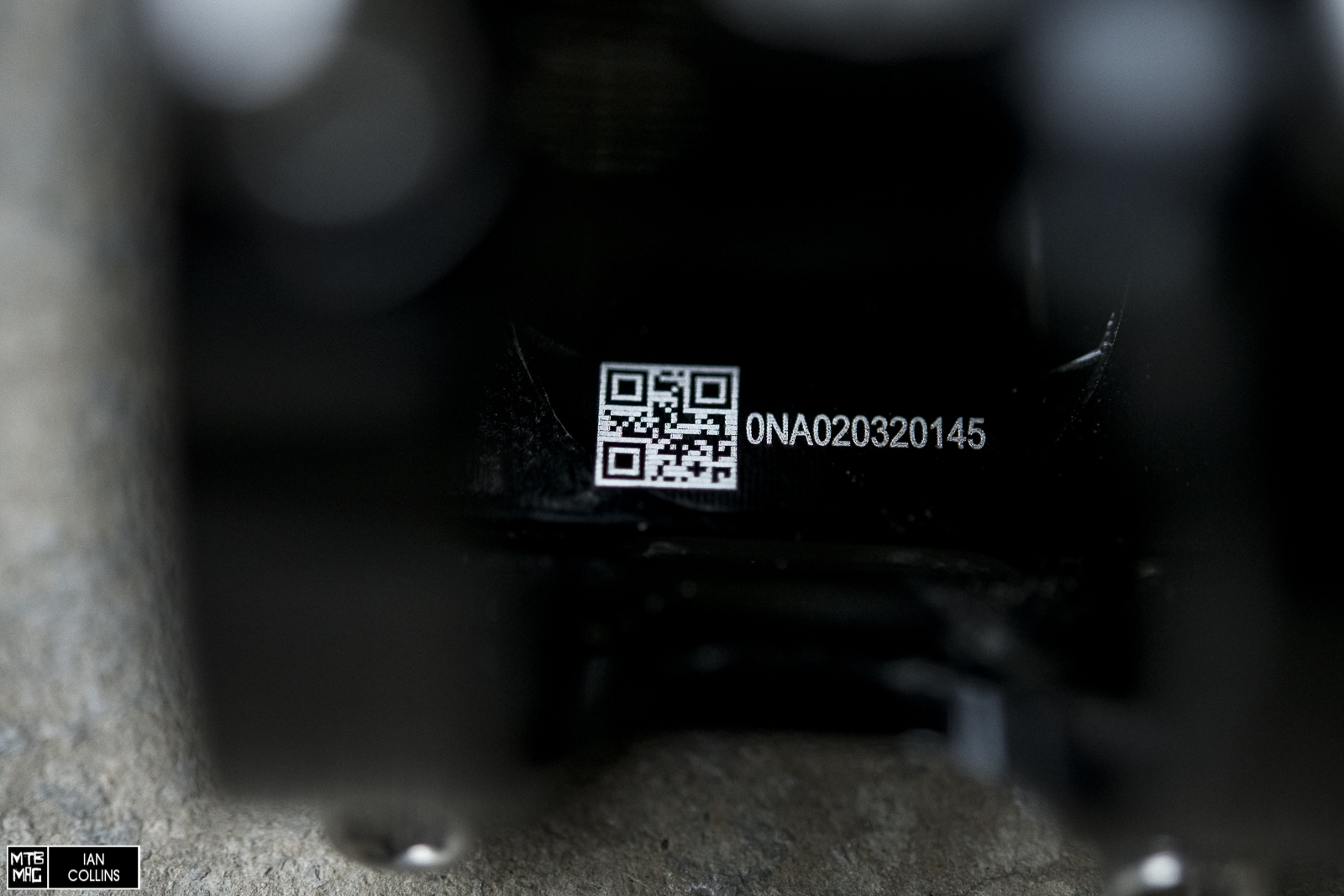 A QR code is tucked away and etched into the inside of the stem – a good choice as not everyone wants to look at it all the time. 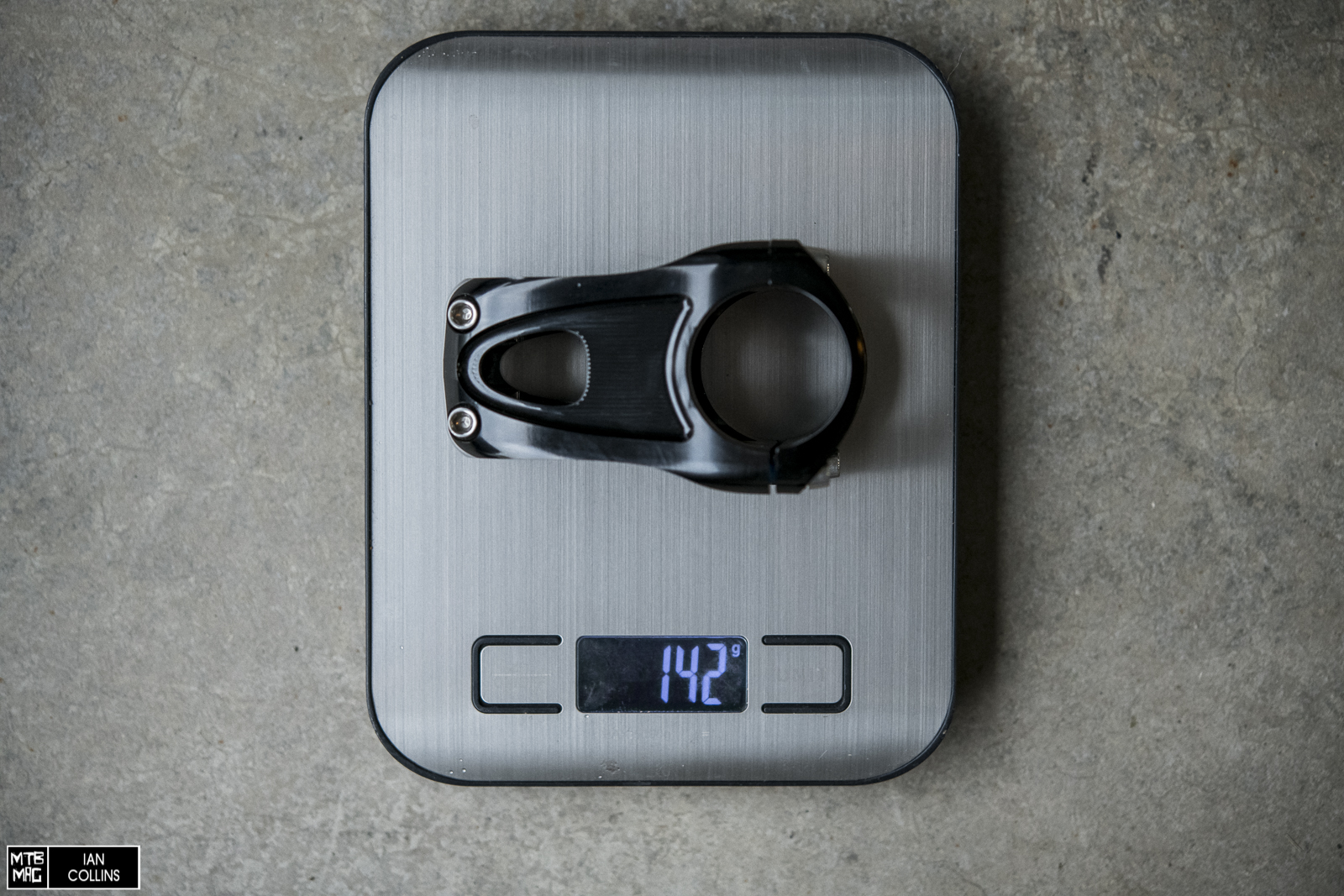 Our 50mm X 35mm stem came in just 3 grams away from the claimed weight. Consider that the scale you’re looking at could easily be off by that amount. 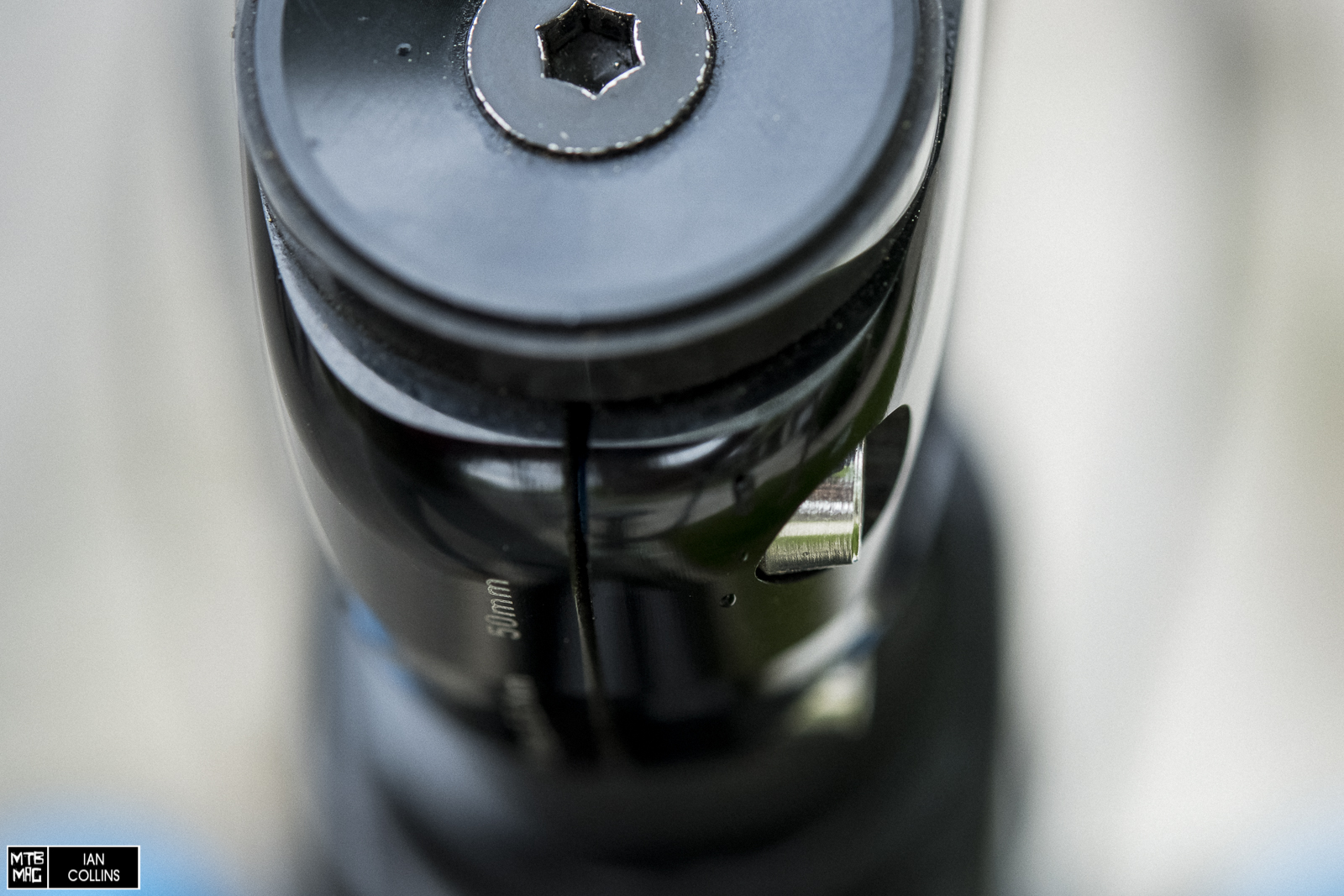 In addition to the rounded nature, Enve also opted for tapered hardware to further tuck things in. All six screws are adjusted with 4mm allen keys.

A fairly low stack height plus high quality hardware and fitment made for an easy install and setup. The zero rise aspect relegates you to a bit less range in adjustment than some stems out there, so you’ll have to sort everything out with spacers or handlebar height as opposed to flipping the stem’s orientation. For many riders, stems can be a bit of an accent piece and this is definitely a beautiful stem with an aesthetic all of its own – which is something we came to appreciate. 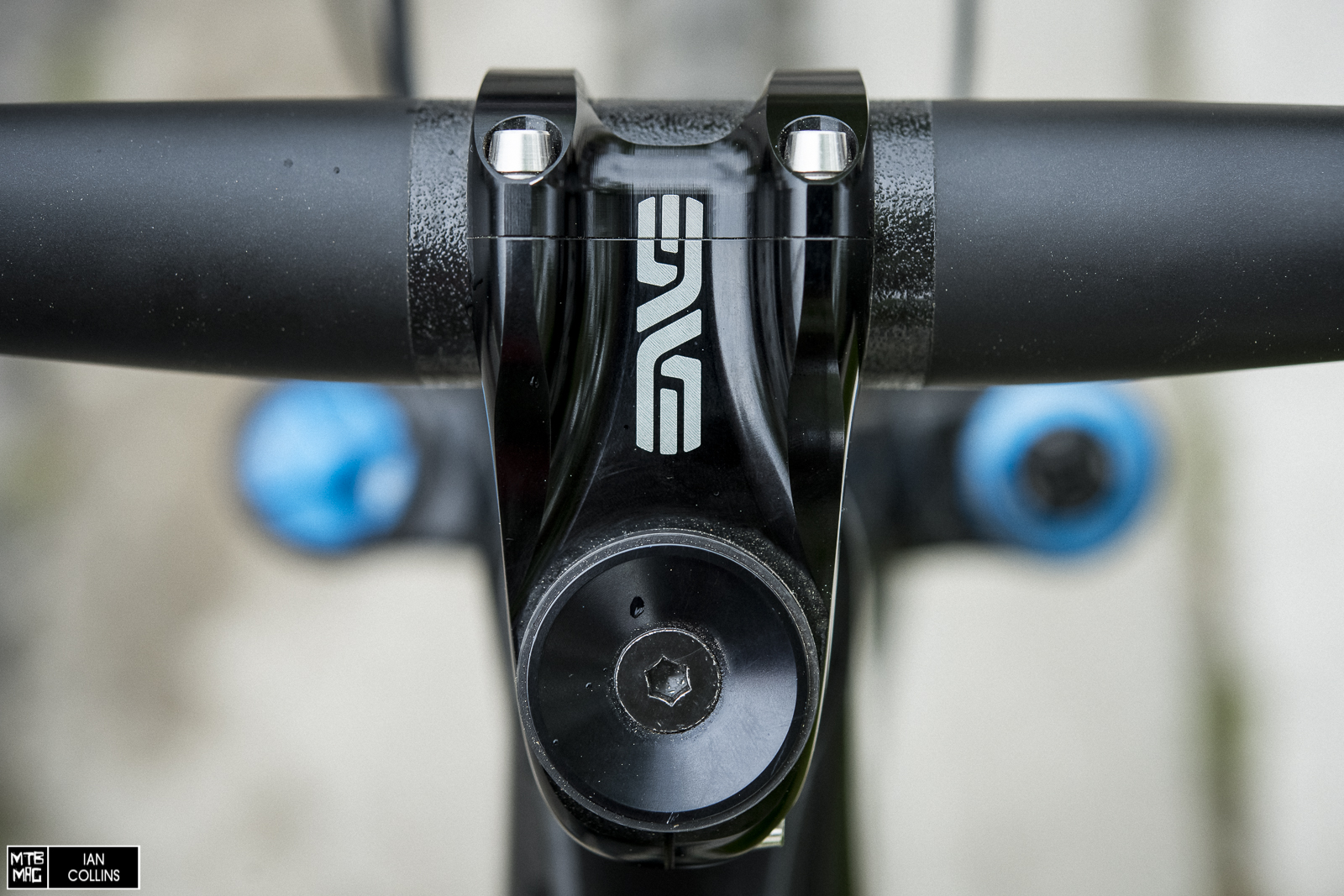 In our time on the trail, we haven’t heard a peep from the Alloy Mountain Stem. It’s locked everything into place nicely and hasn’t creaked one bit. Seeing the gaps in the steerer clamp area made me wonder if this stem may have a tendency to twist on the steerer rather easily after a small get off, but that wasn’t the case. There was one incident that it rotated a few millimeters on a pretty decent crash, but that’s to be expected and having some give means less damage to the handlebars and could lower the likelihood of broken controls. I’ve ridden stems in the past that have moved far too easily – the Renthal Duo and Thomson stems come to mind – but the Enve has held steady at all times. As far as stiffness is concerned, stems are rather binary in nature. I haven’t ridden anything that “felt” flexy close to a decade and this was no exception. 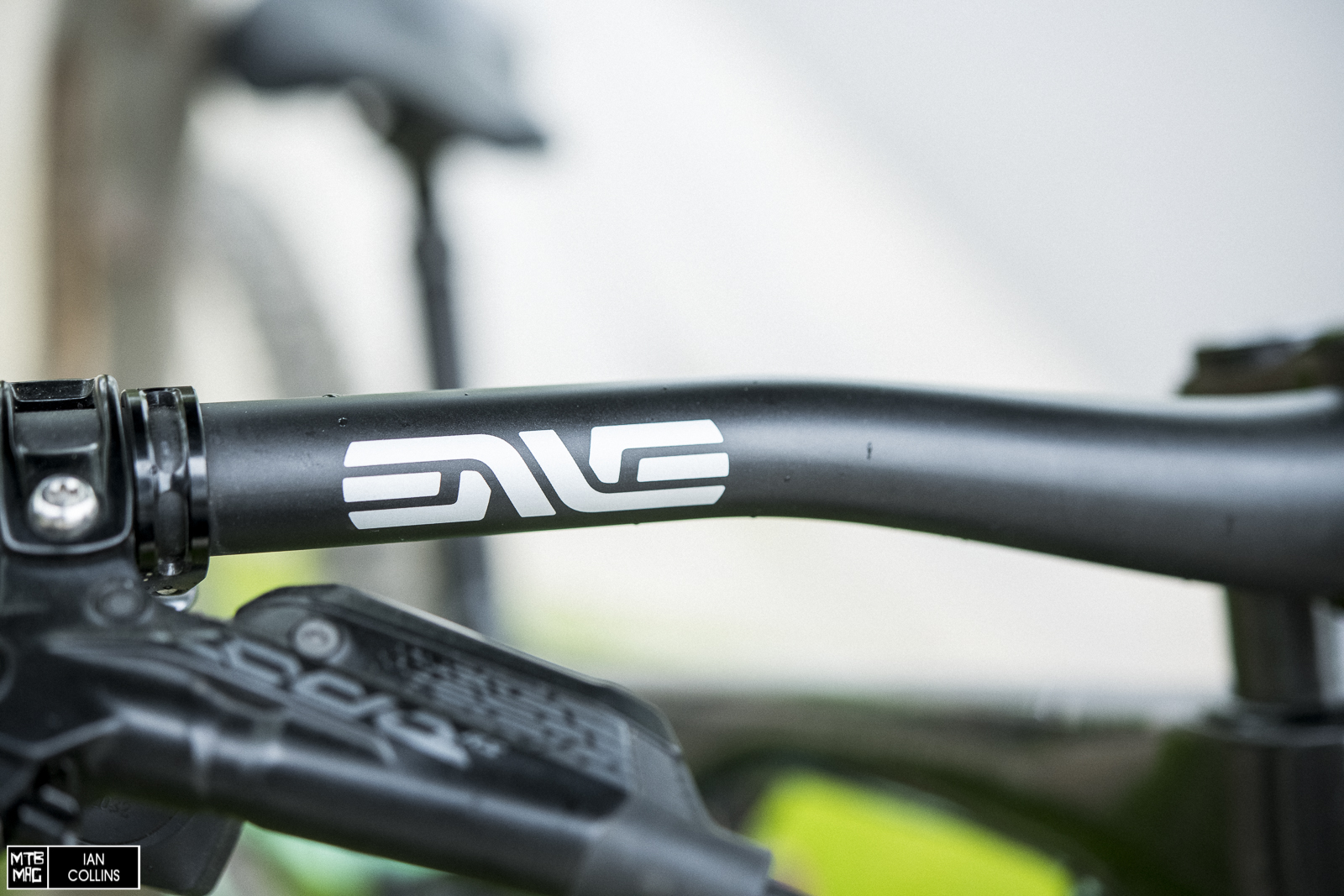 I didn’t have any instances where I knocked my knees on the stem, but as a preventative measure, the fact that it has less sharp edges is reassuring, so hats of to Enve for that. Lastly, Enve was kind enough to supply their carbon fiber M7 handlebar along with the stem and it’s been quite good. It dampens chatter nicely, but is very sturdy in its handling and responsiveness. The gritty treatment at the clamp paired nicely with the stem for a no slip bite. All in all, it’s been a lovely handlebar!

Enve is jumping into the Alloy stem market with their own unique take on things, but they aren’t trying to reinvent the wheel. The brand has long been known for attention to detail and high quality design and this stem is no exception. You can certainly find plenty of stems that cost more and less than its $125 price point, but at the end of the day it hits the sweet spot and leaves virtually nothing to complain about. 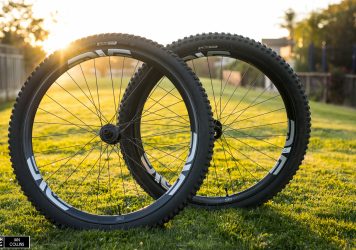 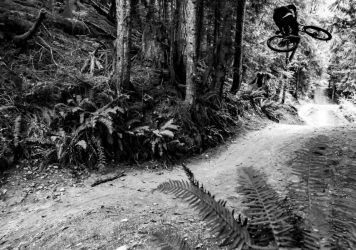 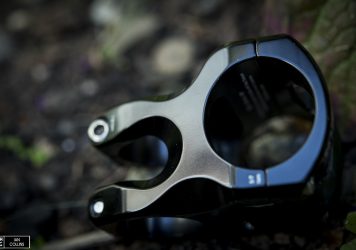