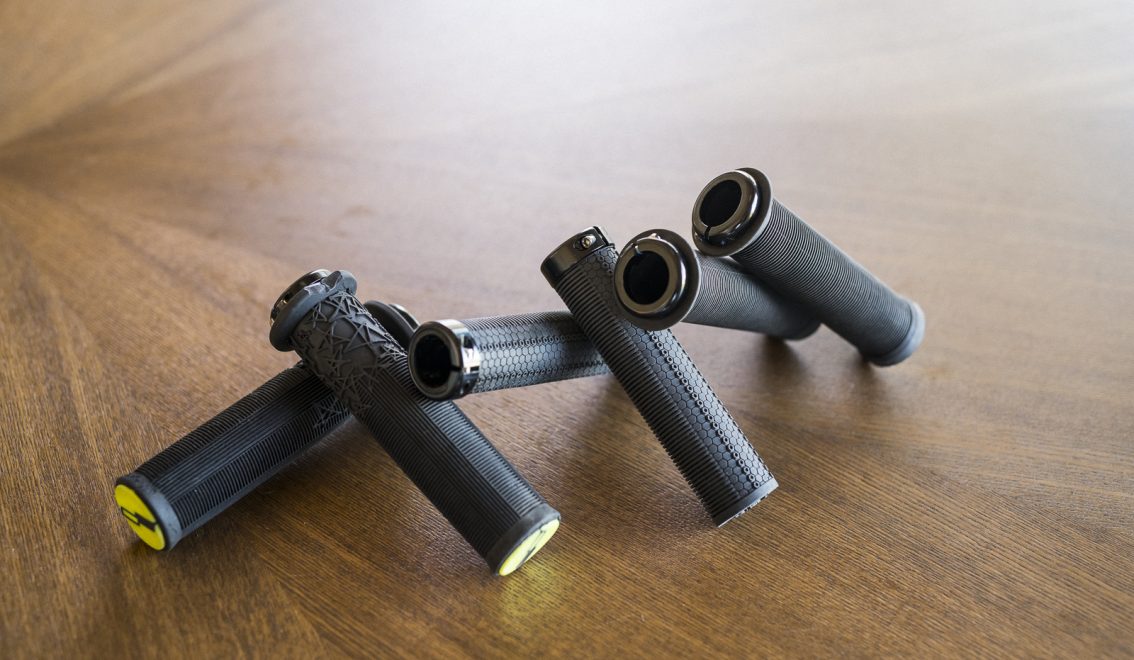 For the last few months I’ve been riding and comparing a few different grips on various bikes. All three have a ribbed pattern for the most part, and they all are designed around the recent single clamp design trend – which is great if you tend to hold on with the butts of your palms out on the end of the bar. Follow along for an overall review of each grip as well as some comparisons between them all. 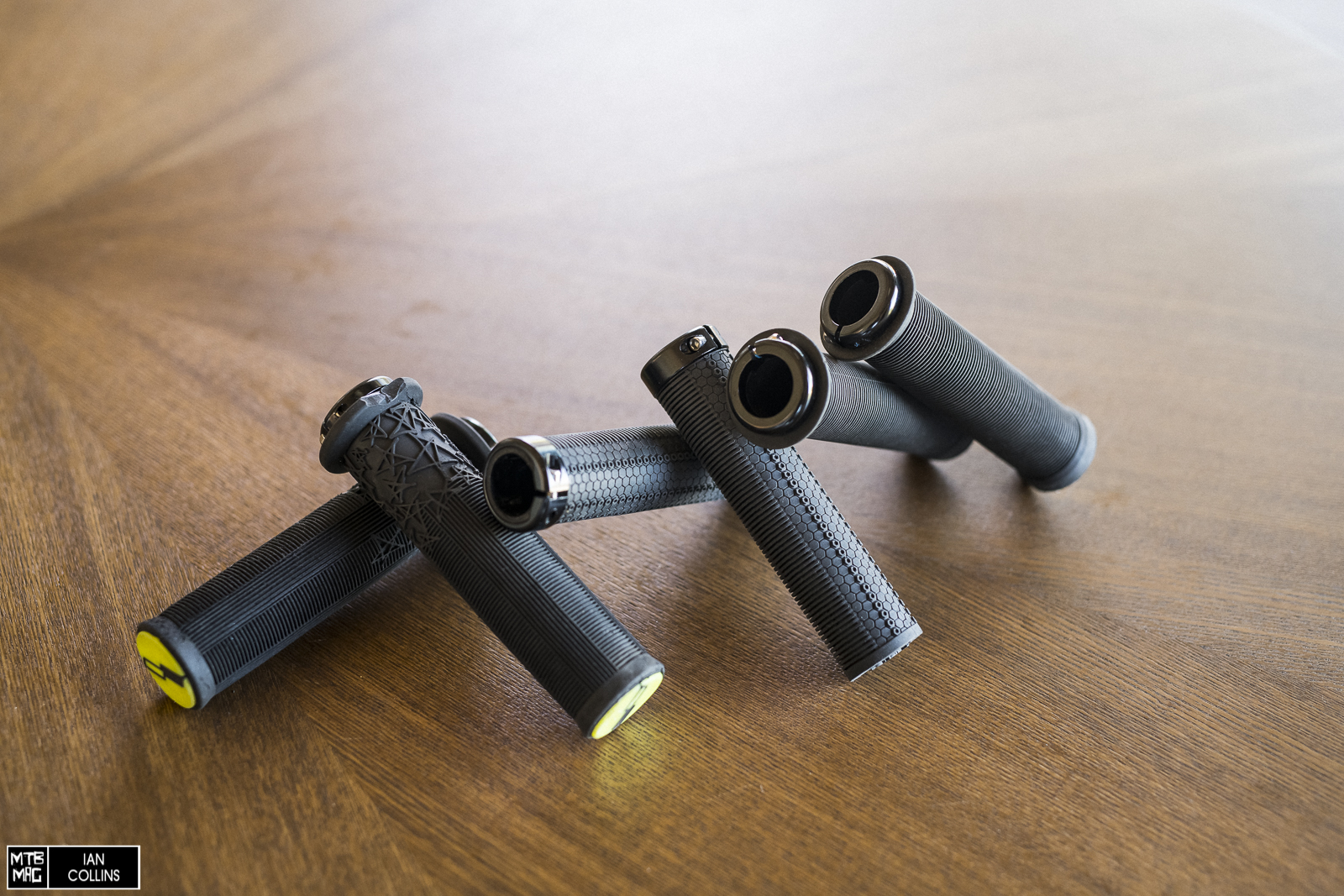 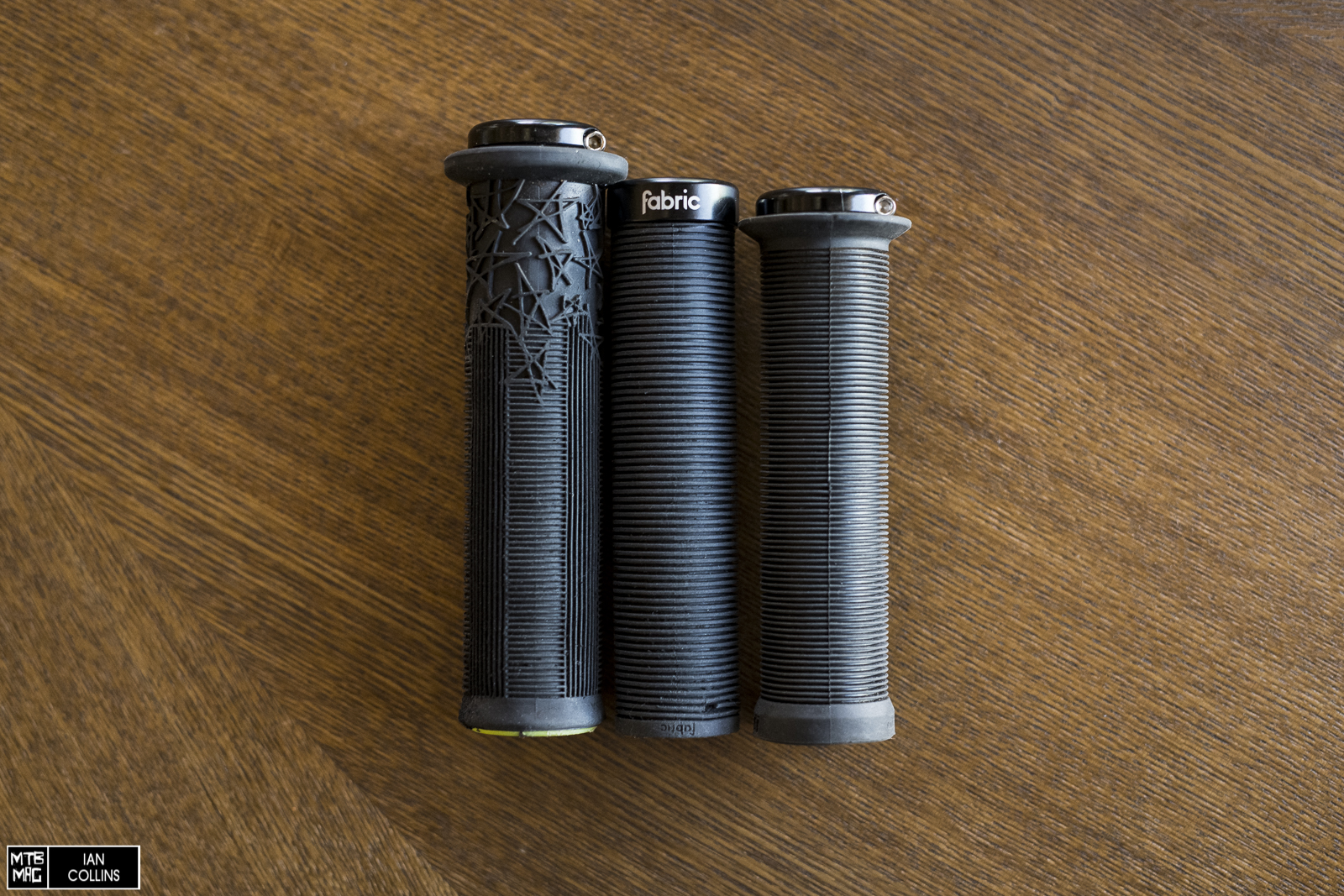 In terms of height and thickness, Kyle Strait’s Meaty Paws signature grip is the biggest. If you’ve ever shaken Kyle’s hand, you’d understand why right away. The Fabric FunGuy and ODI Longneck have similar dimensions but a fairly different feel. More on that later. 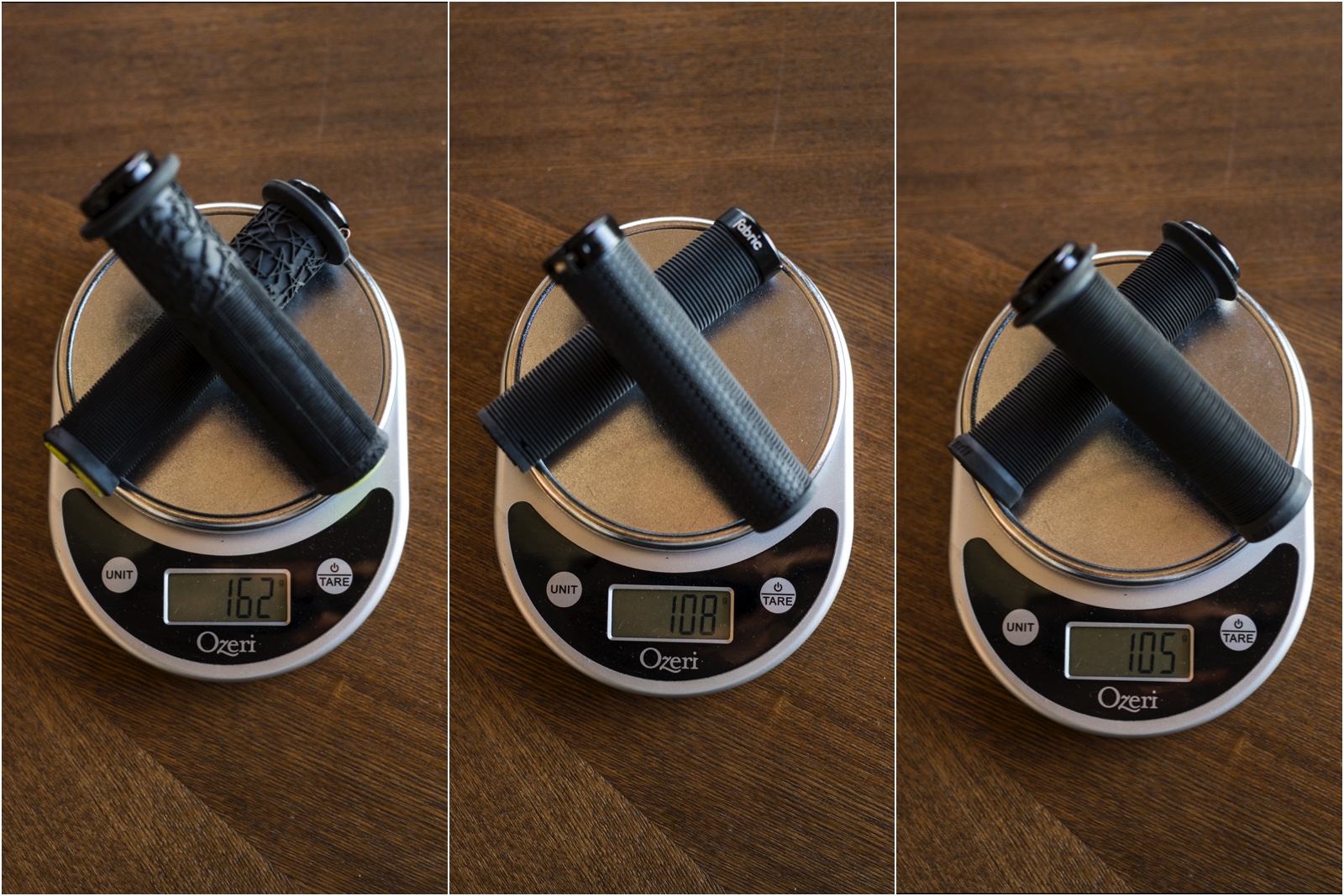 Meaty Paws are also the heaviest as they have that much more material. The other two are just about a wash with only a 3 gram difference. 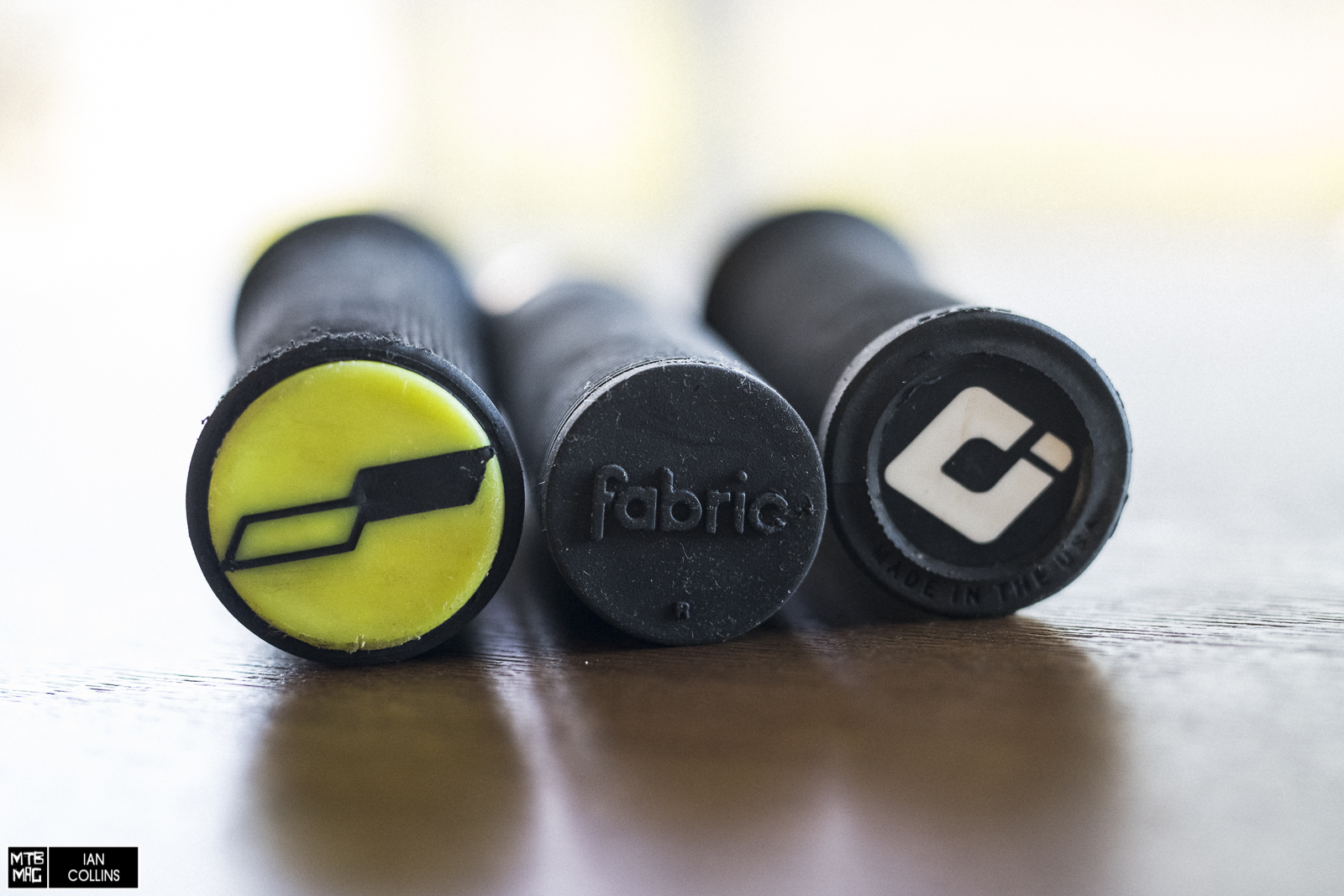 All three offerings are single clamp style grips with an aluminum lockring sitting inboard. Different brands all have varying executions with the endcap design. The Meaty Paws have a hard plastic cap that’s a slightly smaller diameter than the rest of the grip. The Fun Guy has no end flange, but is completely wrapped in rubber, and has a hard plastic cap sitting inside at the end of the bar. The Longneck is similar, but has a ramped flange at the end with similar shape to the Meaties. 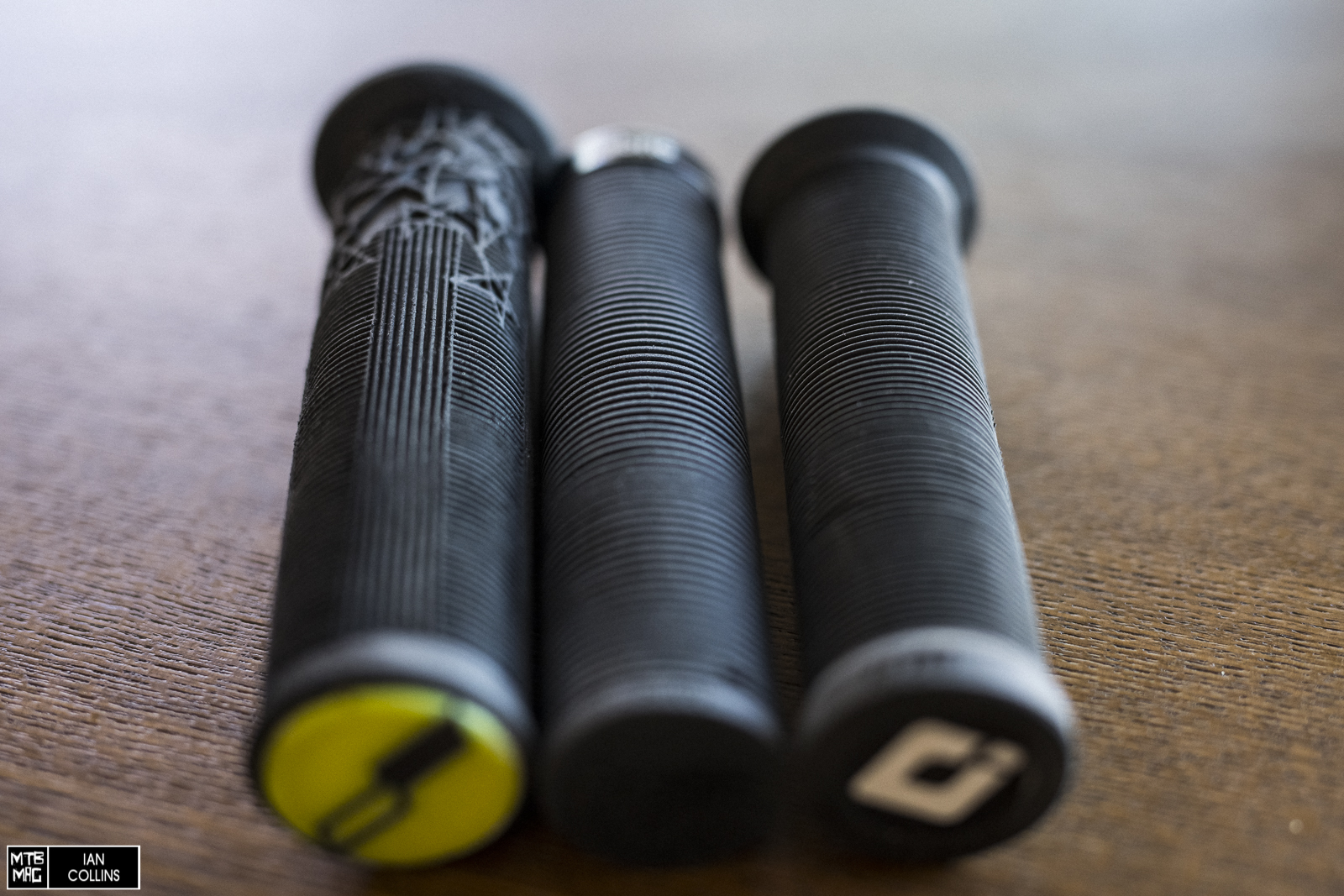 While each grip all has a ribbed pattern, there was quite a bit of range in how they felt. The Meaty Paws have a cross hatched pattern with a fairly average amount of “crush” (how much the ribs squish as you grab them). The FunGuy had less crush due to its thicker ribs and the Longneck had the most due to its deeper grooves and thinner ribs. 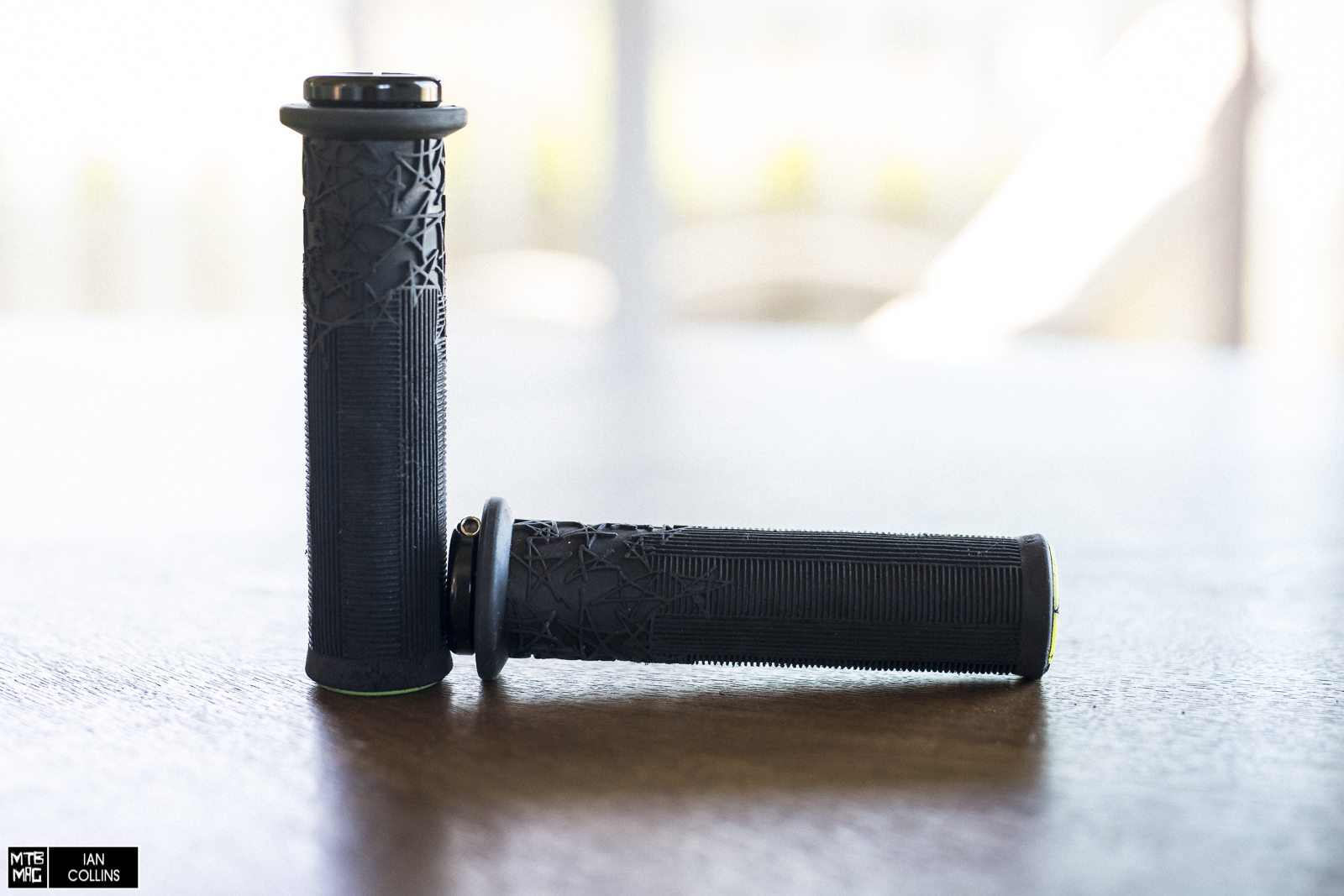 I’ll start off right away by saying that I’ve never been a fan of thick grips and never thought I would be. For a while now, my go-to grips have been either the Sensus Lite or the Renthal Ultra Tacky Push-On – both of which are quite thin. I thought I’d hate the Meaty Paws, but got talked into trying them by Sensus’ resident party animal Ray Syron at the TDS Enduro. Ray was nice enough to send a set of “ultra soft” Meaties…I’ve ridden the production ones and they are slightly firmer in their compound, but still offer way more cushion than the average grip. The added width is a nice thing too as it gives you more room to shift your hands around. As strange as the pattern may seem visually, it definitely works, and I’m not sure why (stars, really?). While I loved almost everything about the Meaty Paws, they were a little slippery when wet/sweaty without wearing gloves, which I rarely do. Aside from that they are now one of my favorite grips, and the the longer travel the bike, the more apt I am to slide these on. 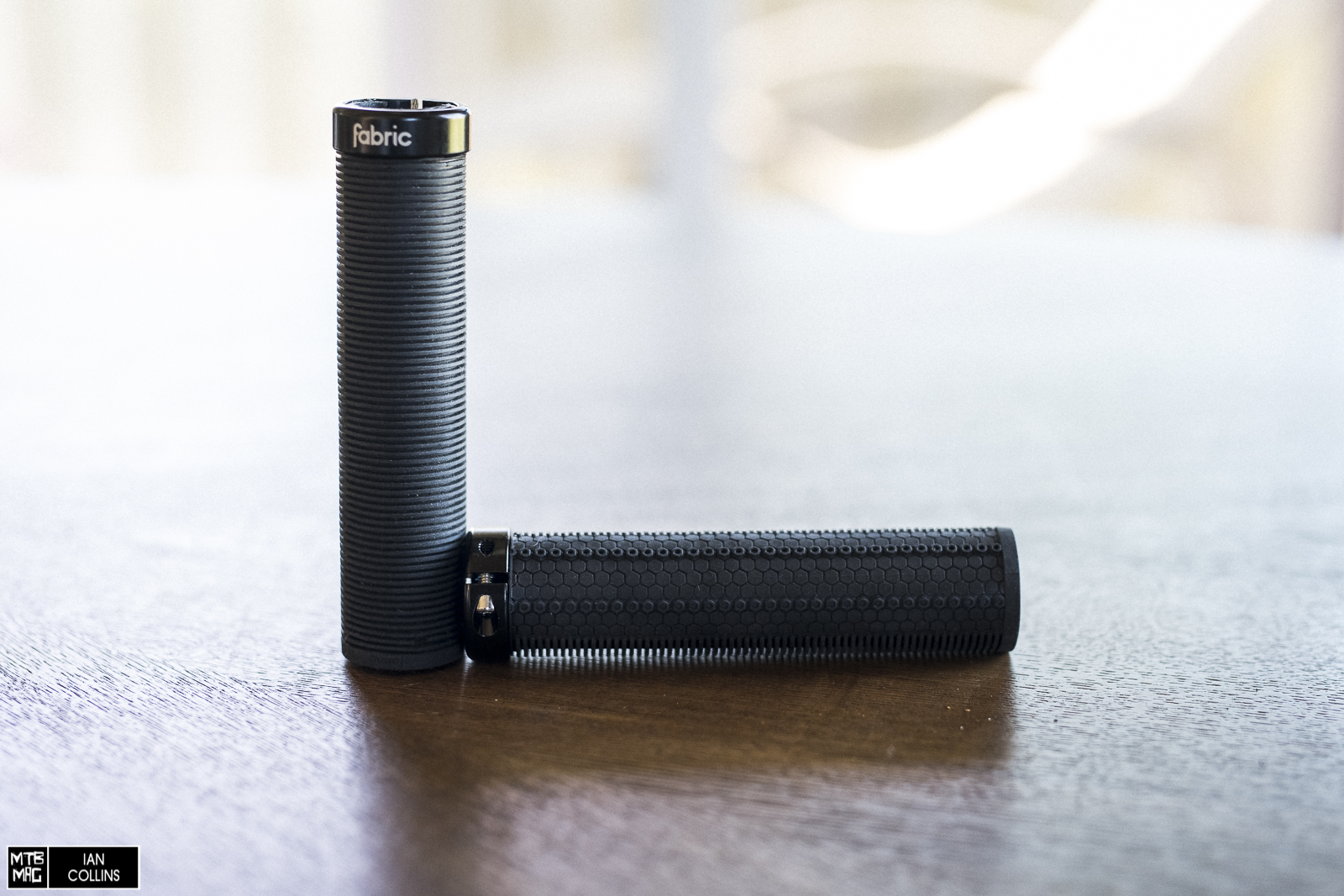 Fabric has been doing some cool stuff lately and teaming up with the 50:01 crew seems to be a catalyst. A while back I tested their Magic grips and quite liked them, save for a fairly thin section out at the end due to their contoured shape. Not long ago, the FunGuy was born, taking on a straight profile and an interesting underside with raised nubs above a honeycomb shape. As mentioned earlier, the ribs have a bit less crush, but they are certainly more comfortable than their predecessor. When things were wet, the varied pattern on the underside provided a bit of extra grab at the fingertips. One thing I liked (in terms of feel) was that the lack of an outboard flange actually made me more relaxed and less aware of where my hands were on the bars. One downside to this is that the grip is fully encased in rubber at the end, so it may get a bit banged up looking after some crashes. Being mainly ridden by UK folks, it should come as no surprise that the FunGuy seemed to be the best performer in wet conditions. 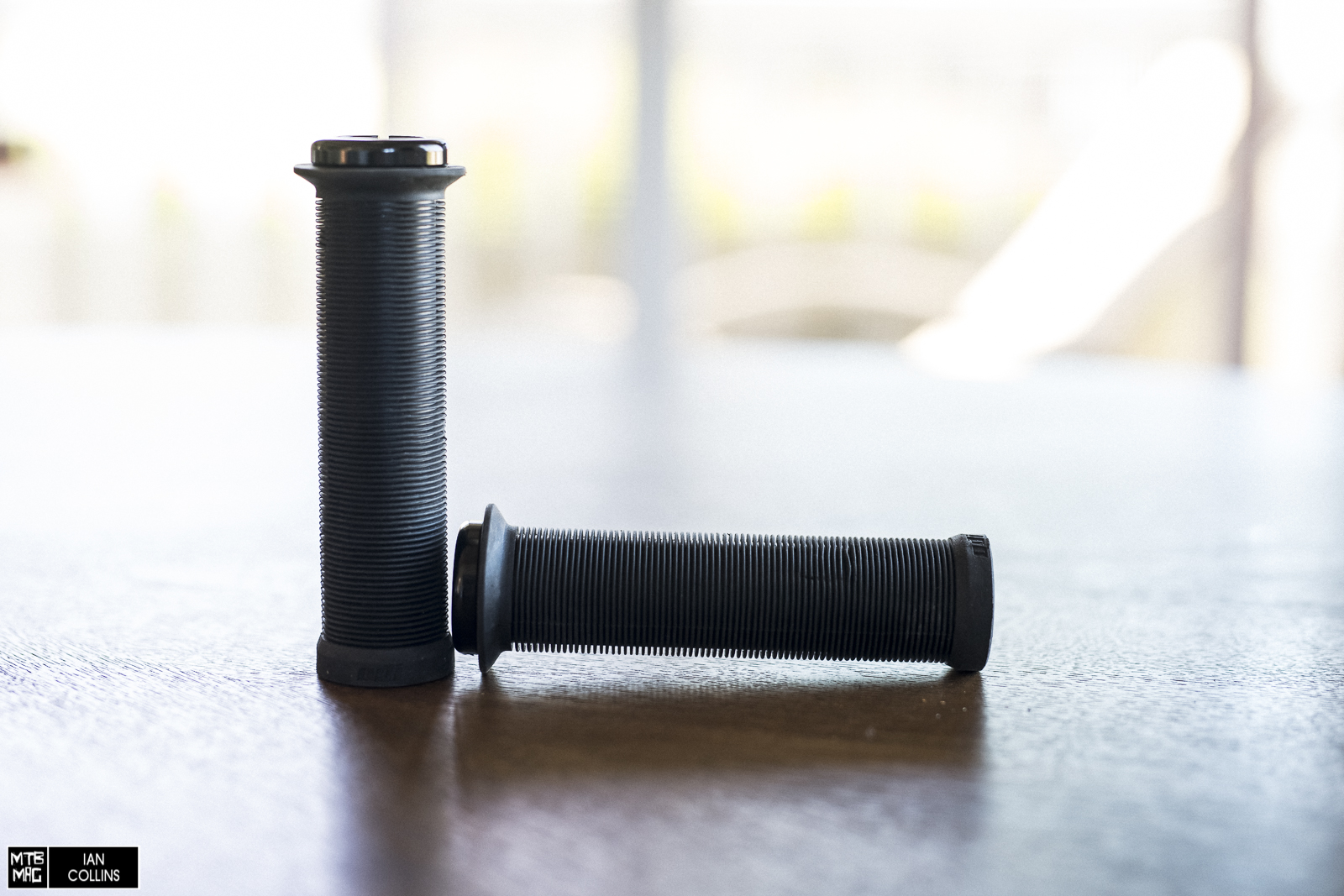 Ahhh the ODI Longneck. It’s been around for ages in the BMX world in push-on form, has earned cult status, and been copied 8 ways til Sunday. Some years ago, ODI released a double clamp version, but if you like to ride with your hands wide on the bars, those just won’t cut it as your palms rest on metal as opposed to rubber. Enter the Longneck 2.1…It takes on the latest silhouette seen on ODI’s Flow, Motion and Pro single clamps, but utilizes the same ribbed pattern as the legendary original Longneck. As stated prior, the ribs are thin and tall, meaning that the grip crushes a lot when you grasp them – something that provides a really good sense of security and takes the edge off. Like the Meaty Paws, these were just a touch slippery when wet with bare hands, but most grips are. Of the three grips in test, this will likely have the broadest appeal…

At the end of a few months of testing, it’s been a head scratcher to keep coming back to the Meaty Paws. I’ve been riding thinner grips for around 20 years ,so it makes no sense to get along with such big fat grips. Interestingly, our other tester Simon Silver has been riding and enjoying them as well and he also has never been partial to thick, wide grips. As for the FunGuy and Longneck V2.1, they’re both excellent grips if you aren’t willing to venture out and try the Meaties. While I drew some comparisons about wet weather performance, it’s worth noting that all three grips had no problems in the wet with gloves on. The Longnecks deserve high praise for feeling quite soft and taking the edge off without feeling or even being bulky. All in all, grips are a very personal item and there was never any intention of picking a “winner” here. The good news is that grips are one of the cheapest parts of your bike, so you too could try all three of these for less than the cost of a rear tire that will wear out faster than just one set. 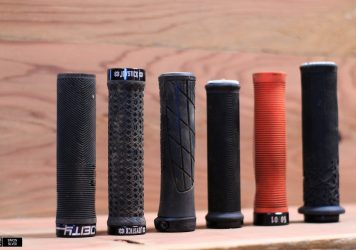 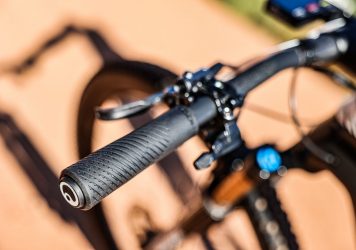 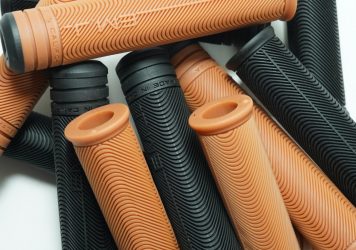