As Pirelli is beginning their foray into the world of mountain bike tires, they sent us out a set of their e-bike rated Scorpion tires. There are three different models – the M, R, and S, which increase in how aggressive they are throughout the line. All of the tires are offered in 27.5″ and 29″ at just one width: 2.6″. For a few months now I’ve been riding the most aggressive S version up front and the R version out back on my Trek Rail. Here’s how they stack up… 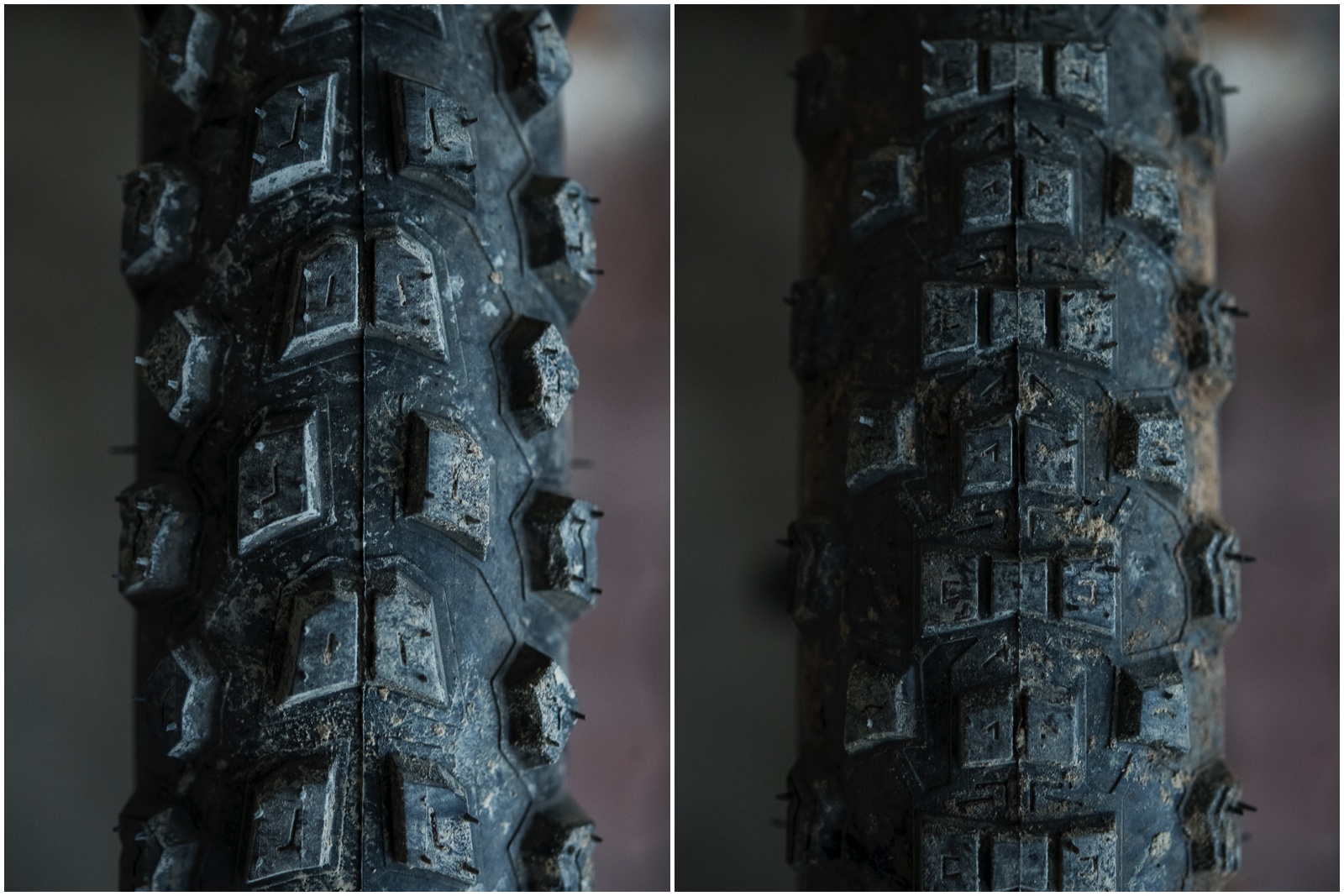 On the left is the most aggressive “S” model and on the right is the rear specific “R” model, which is faster rolling and features a tighter knob spacing. 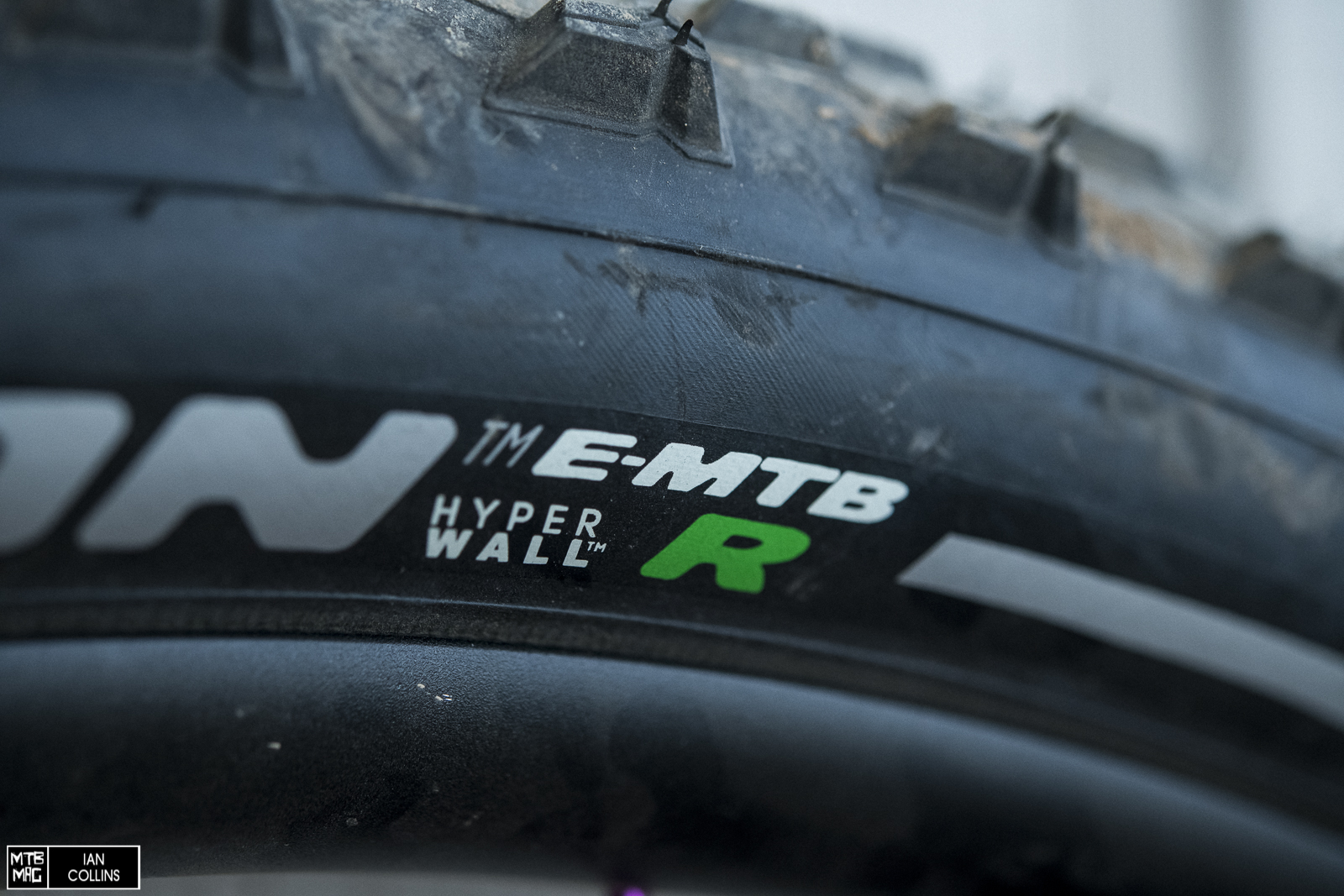 The tires both use Pirelli’s “Hyperwall” construction, which is essentially a foldable, reinforced 60TPI casing to help deal with the added bulk and pressure of e-bikes, while also preventing pinch flats. The weight and thickness are on par with standard Mountain Bike tires that land roughly between a Trail and DH rating. For example, if we were talking in Schwalbe marketing speak they would be on par with a “Super Gravity” casing. 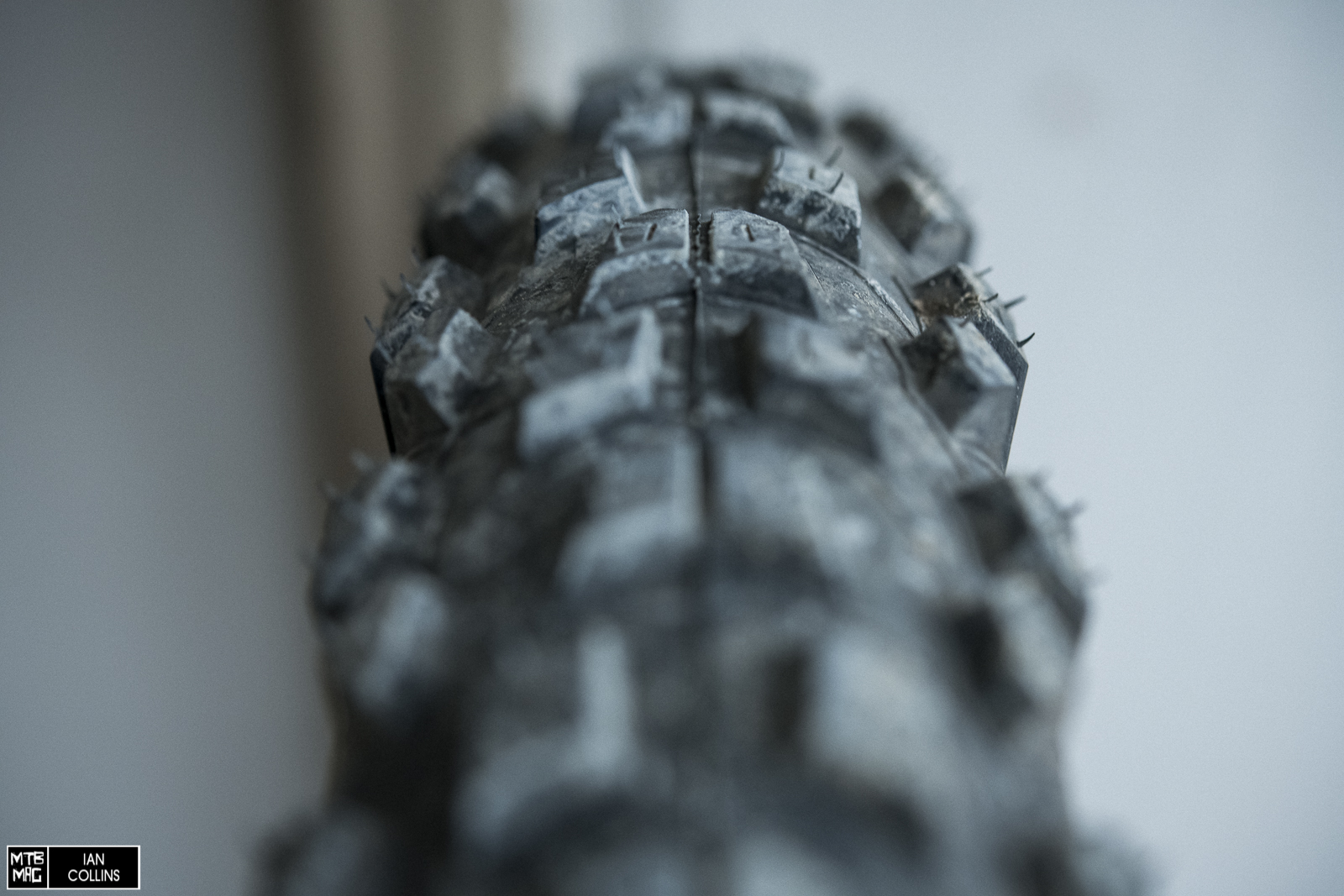 The Scorpion E-MTB S features a more squared off profile than its rear counterpart, as you can see above. Most of the knobs take on a shape that is a lot more triangle than it is square, with the center lugs featuring sipes running the long way. The side knobs are substantially aggressive in their stature and staggered in their inboard / outboard positioning. 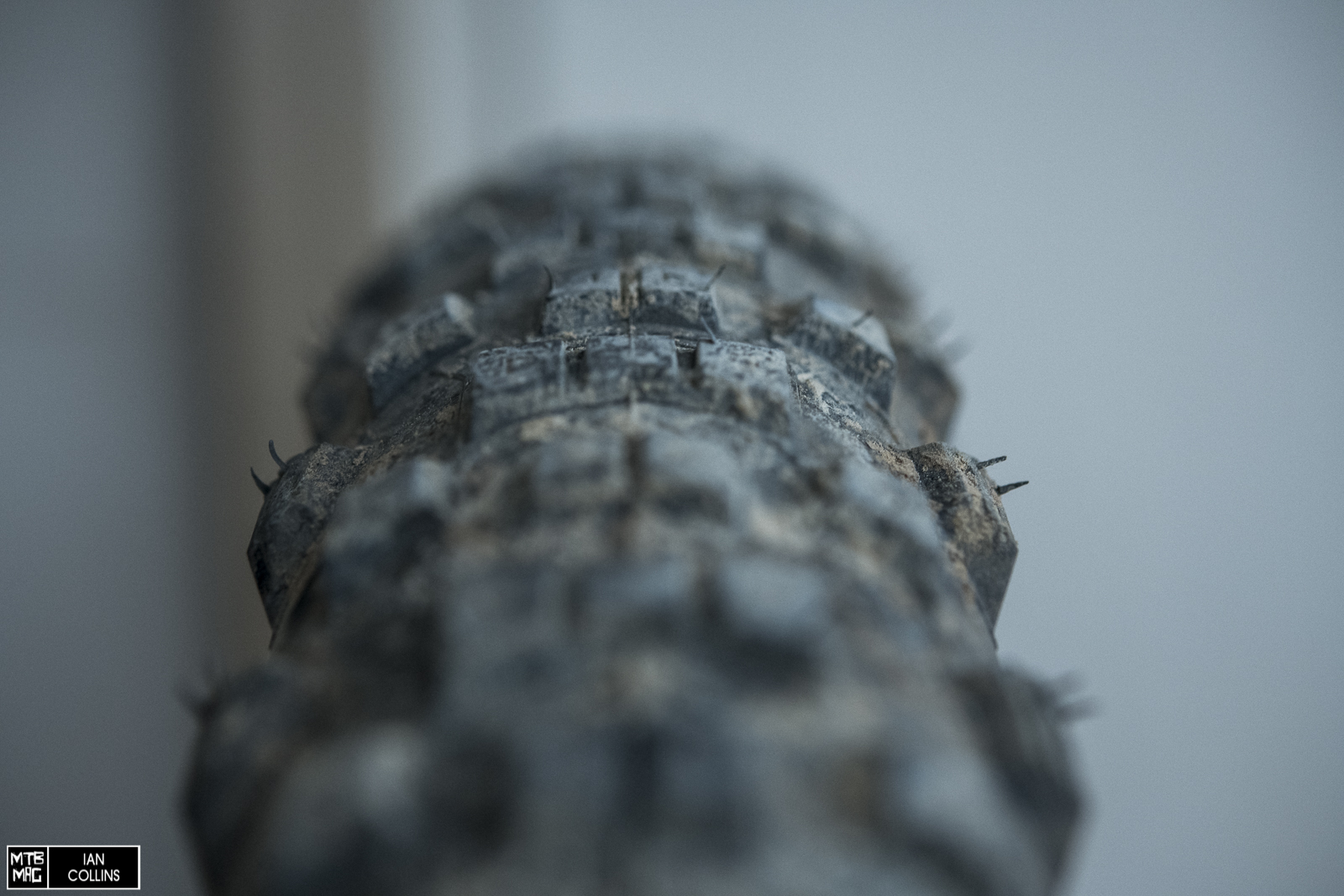 As you can see above, the rear tire has a more rounded off profile and tamed down knobs in the middle for faster rolling resistance. 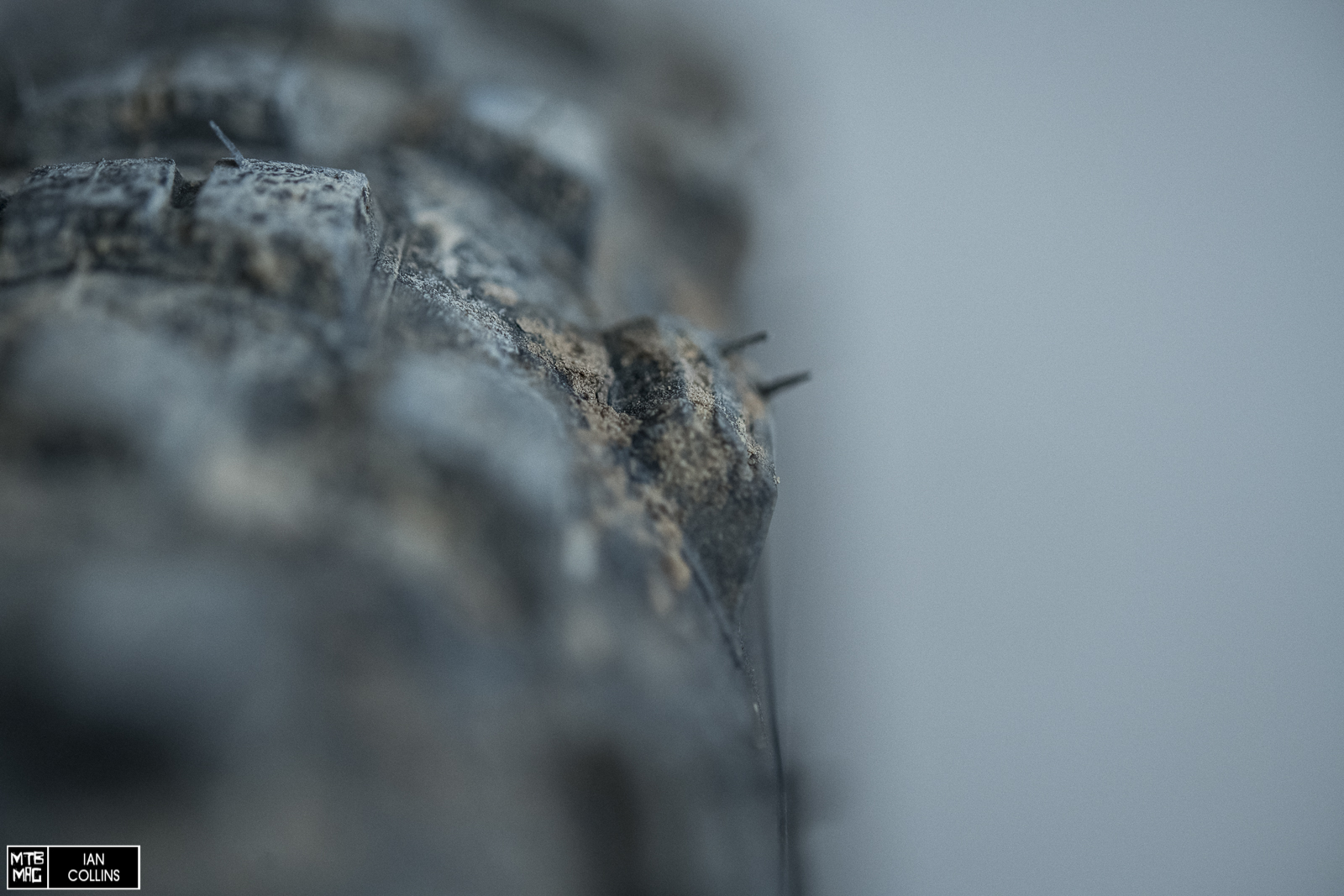 The Scorpion R’s side knobs in particular are rather low in profile and land on the smaller size in terms of overall diameter – they’re also widely spaced from both one another and from the center lugs they line up with.

To start, the Scorpion E-MTB lineup is not intended to be an ultra high performance tire aimed at the most rugged terrain and adverse conditions. Rather, with a firmer rubber compound they nod toward versatility and longer wear on terrain of average difficulty, with the average consumer in mind. 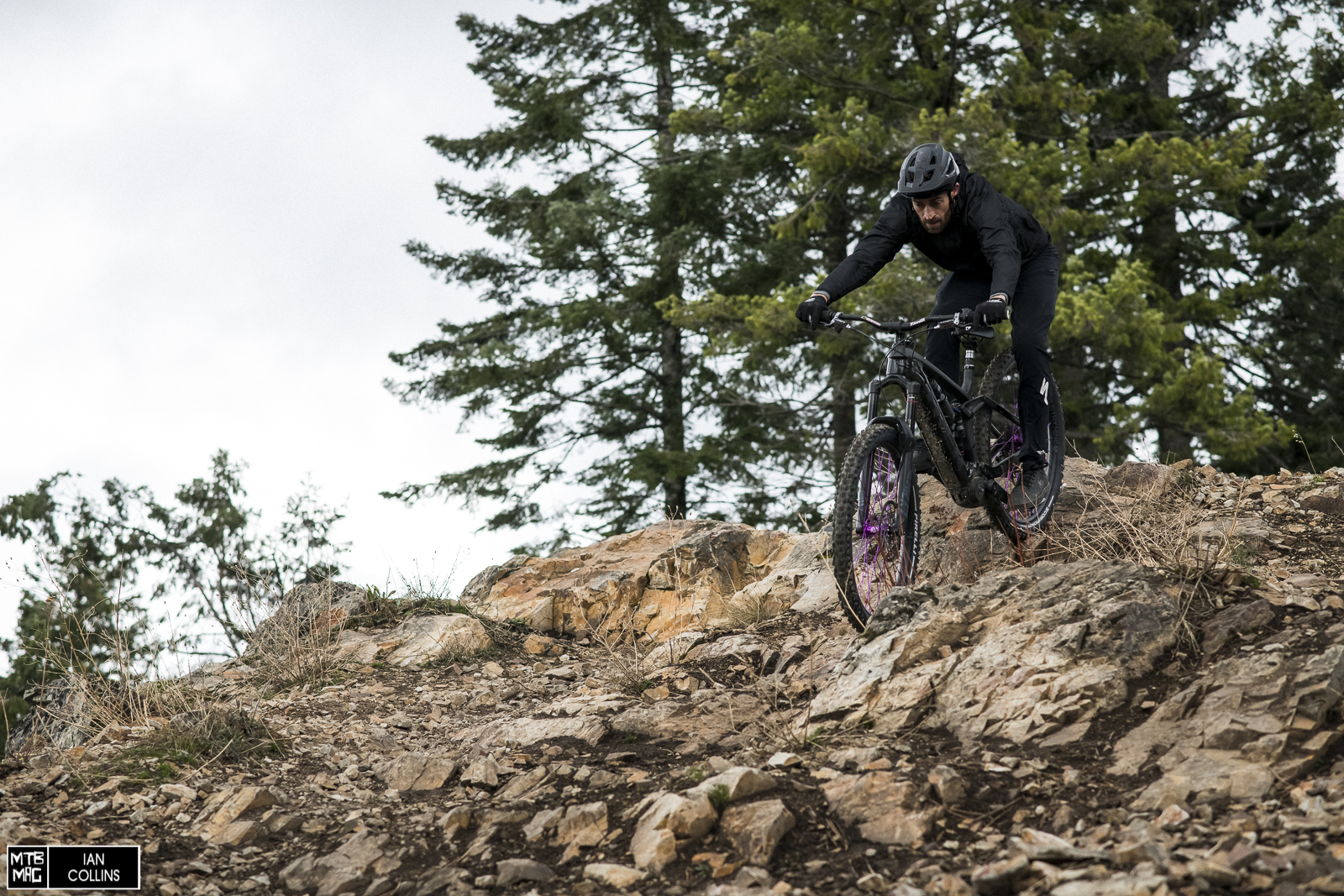 I started out with a pretty standard 25 PSI front and 27 PSI rear pressure in the tires and on most terrain in good conditions, I found them to get along quite nicely. As I found my way onto looser terrain and encountered wet roots and slippery rocks I was searching for more traction and stability. I was able to safely eek my way down toward the low 20’s and found a bit more bite while never managing to get a pinch flat, even on rather rocky terrain. This speaks more to the quality of the casing and its construction, which proved to be quite tough and up to the task for e-bikes. As far as knob profile and tread pattern is concerned, I found the front tire to be quite grippy and stable in a broader range of conditions. However, the rear was a little less confidence inspiring when I started to push things – particularly in the corners and on steep climbs. I think this is likely due to the more rounded profile and less pronounced outer knobs. The same situation applies with braking – up front it was pretty good, while the rear was just okay. While I just had a Scorpion E-MTB S and a single rear specific Scorpion E-MTB R, that means that I didn’t experiment with running the S version front and back. However, despite the fact that it would roll a little slower, this would be the hot ticket for more aggressive riders who are curious about these tires.

At present, Pirelli is easing its way into the MTB/e-MTB tire world and the Scorpions are by no means an ultra high performance tire. Rather, they’re aimed at terrain of average difficulty for consumers who aren’t trying to be heroes. With that in mind, consider that Pirelli has an incredible history in motorsports and they know rubber as well as any other high performance brand. At the end of next year, Pirelli will begin manufacturing their cycling tires at a race car tire factory in Milan, Italy which is currently being converted over to two wheel production. Recently Pirelli was working with the TREK-Pirelli MTB team on developmental efforts and they are currently working on a gravity tire program with the goal of entering the DH World Cup and EWS arena. Expect to see them broadening their horizons moving forward.

[Video] Cam McCaul Gets Sketchy with a Ramp