A few months ago I started testing the latest version of the Push Elevensix rear shock on a bike that I’ve had for some time – the Specialized Stumjumper EVO. Overall, I’m a huge fan of the bike…its geometry, features and adjustability are all incredible, but if it did have an Achilles heel or two, it would be that the suspension kinematics could stand to be improved and it is a bit rough on rear shocks. For one, the shock isn’t as isolated from side to side forces as it would be on say a four bar or a six bar layout. Additionally, the long yoke driving it puts quite a bit of added strain on it from another direction. Anyhow – I haven’t officially tested an Elevensix since it first came out a few years ago and it has gone through several revisions since then. With Push’s legendary reputation for delivering fully USA made shocks that are, in a word transformative, I thought this would be an ideal opportunity to see how much more performance it could help eke out of the SJEVO’s suspension. Let’s dive in… 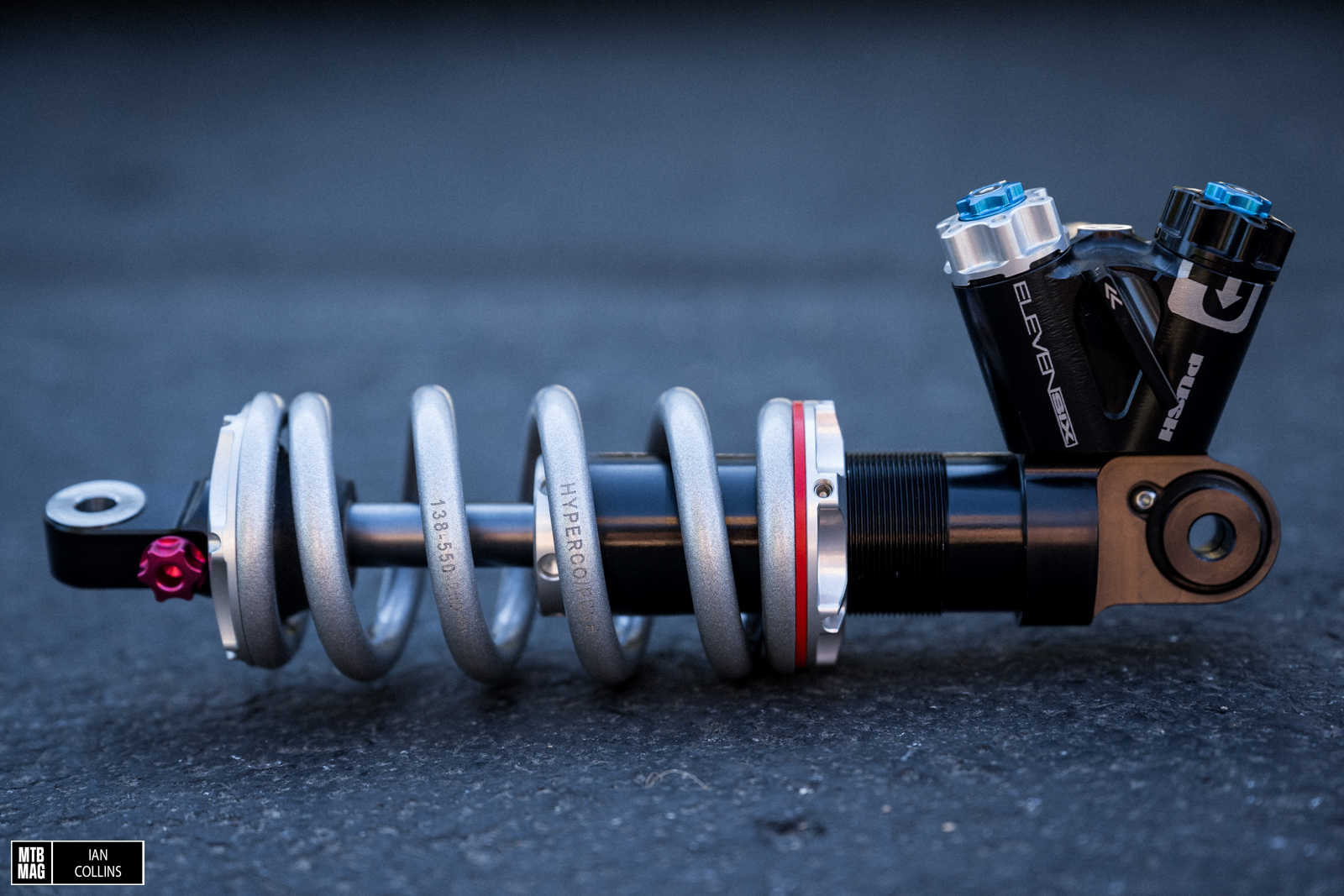 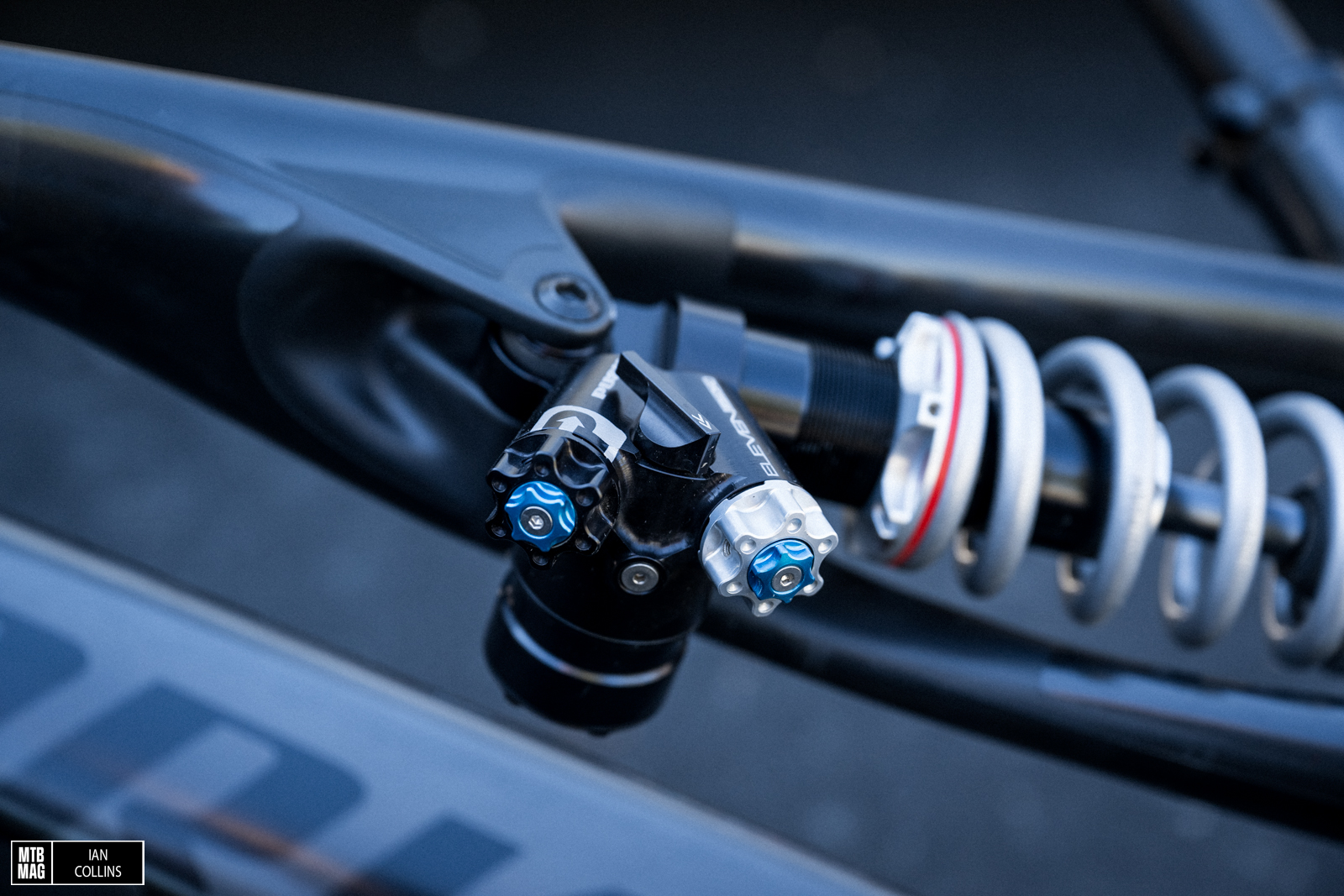 Unlike most rear shocks, which feature a switch that closes off one of the compression damping circuits to lock out the rear suspension, the Elevensix features a lever which toggles between two totally separate compression circuits – both of which feature externally adjustable independent high and low speed compression adjustments. This transcends the either “open” or “locked out” approach, and instead you have limitless options. For example, you could have one circuit set for lighter, more supple damping aimed at steep, rooty and technical riding and another set up more firmly for jump trails and bike parks. Personally, I opted for and stuck with the stock option that was a very firm setting in the secondary circuit so that I’d have an ultra efficient climbing platform that would still offer some give and traction on the climbs. Either way, the sky is the limit with Push’s approach. 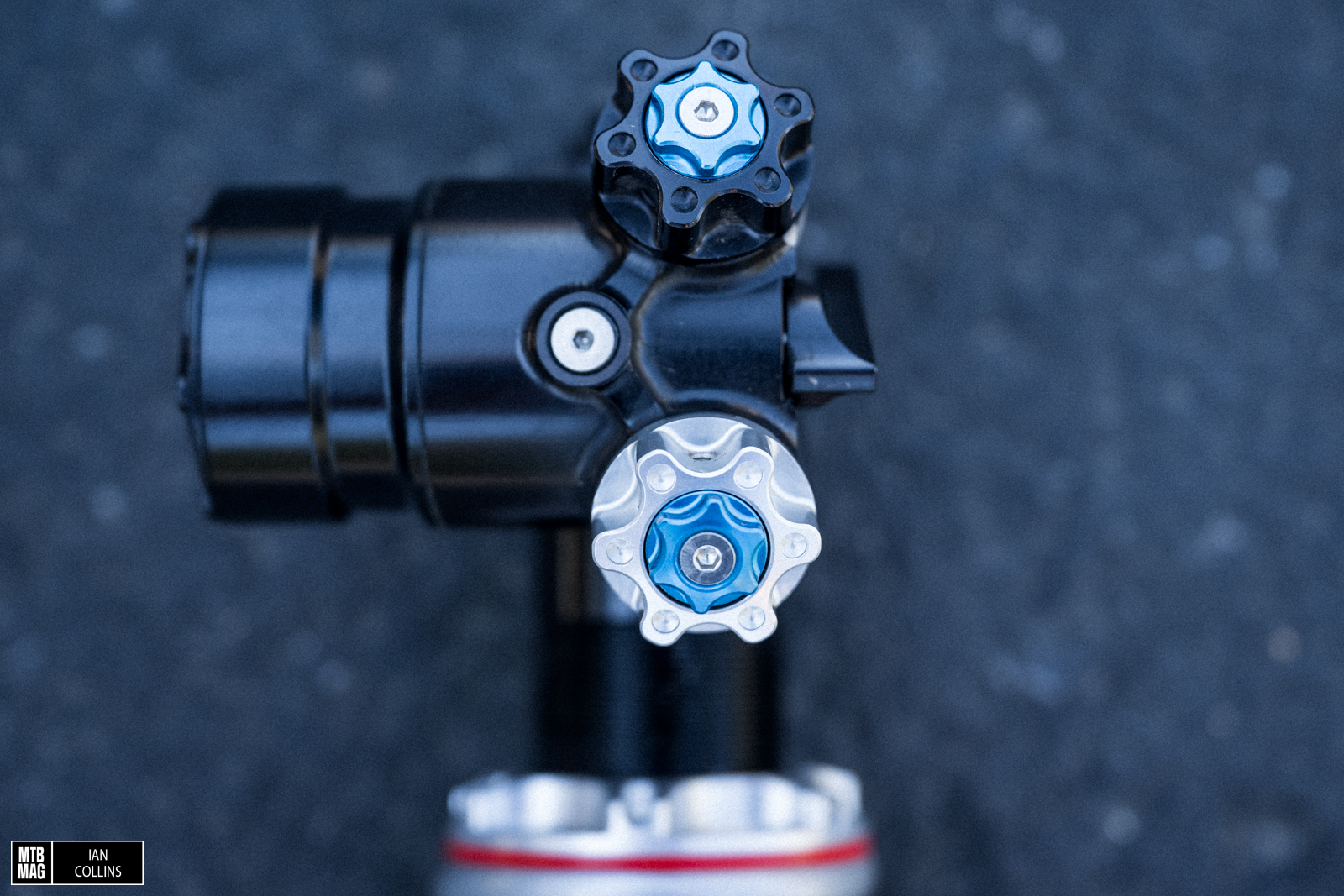 There are two different layouts for the reservoir and depending on your frame and its clearance as regards linkages, water bottles, etc. Push picks the most ideal one for your frame. Note the detail on the high and low speed adjusters – both are nicely machined and easy to operate. The detents are crisp and easy to count. 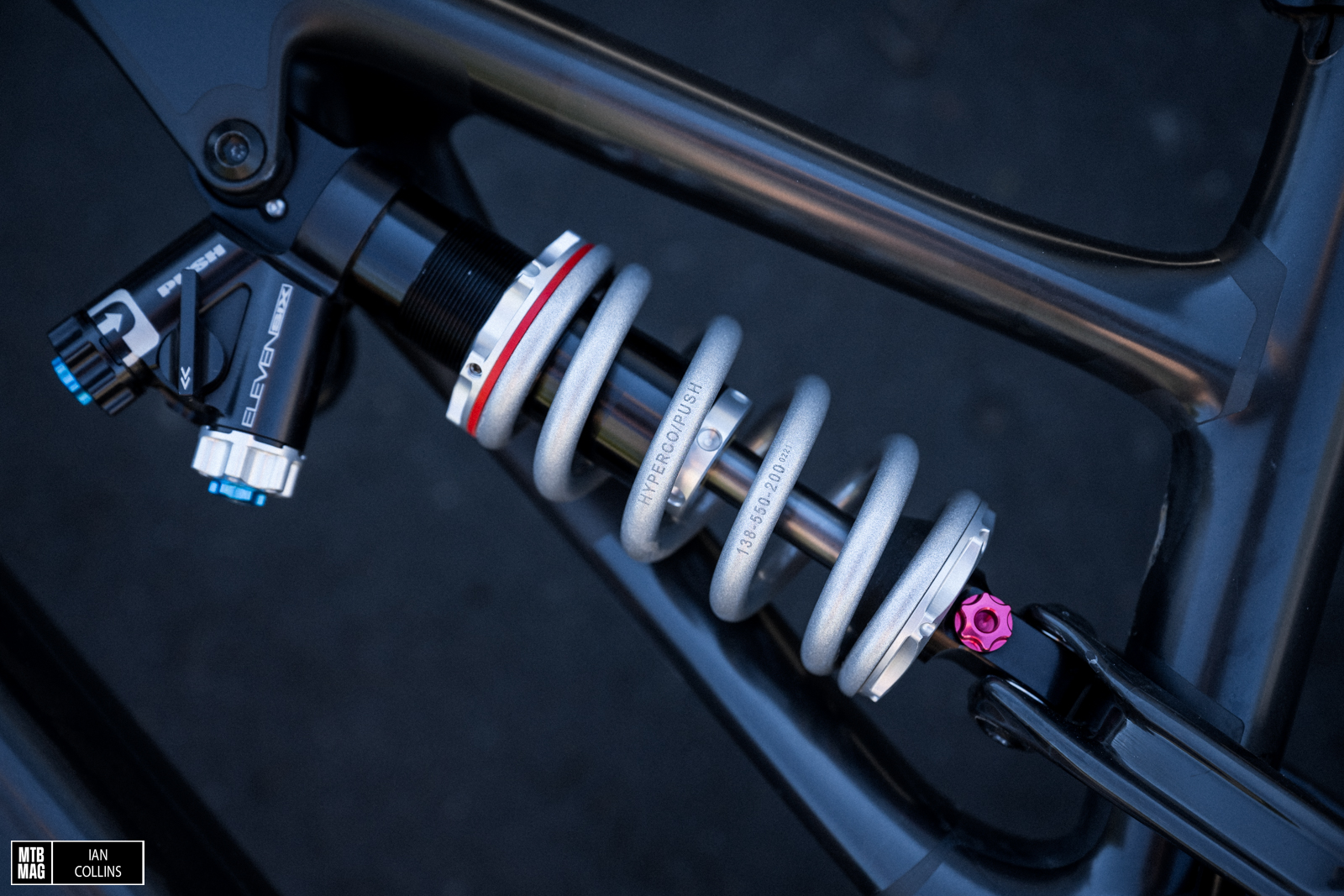 You may wonder why there is just one rebound adjustment, where some brands have two. Well, the high speed rebound is customized based off of a shim stack at the piston and thus should be perfectly set up out of the box for your setup. The low speed bleed is metered by a needle and that is your single externally adjustable knob. Another interesting facet is the shaft. Push specs a hardened steel shaft on all bikes with linkages driven bike yokes (like mine) as well as e-bikes due to steel’s higher strength. Everything else sees aluminum shafts. 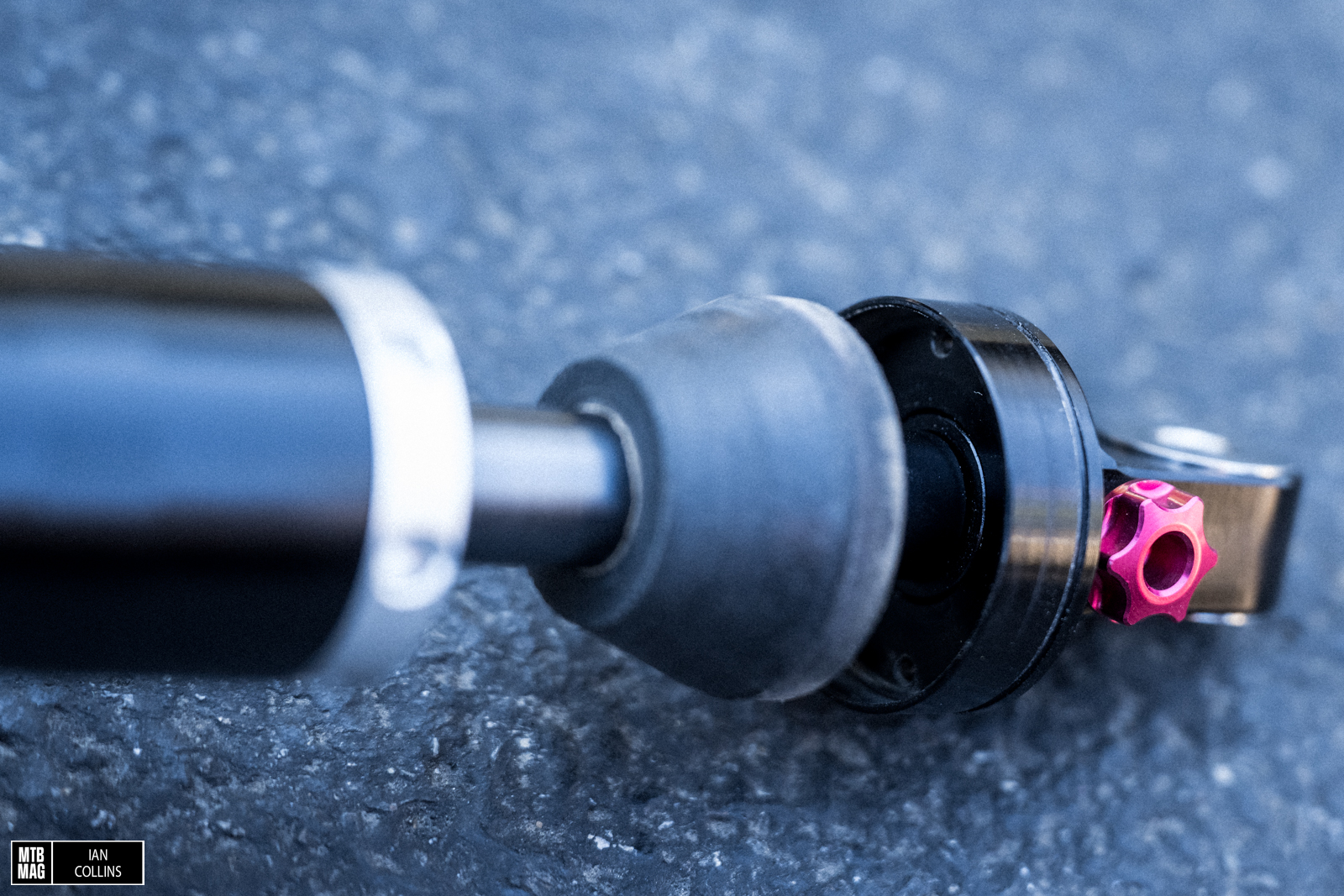 In addition to an internal hydraulic anti-bottom out system, Push has a pretty slick bottom out bumper which is often referred to as a “captured” bumper. Basically part of the lower shock collar surrounds the tapered bumper so that it physically can’t fully pancake out on violent bottom outs and hit metal to metal. While Fox and Ohlins also use a similar setup, the first time I saw it in the mountain bike world was on the original Elevensix. Lastly, Push offer two different densities for the bumper and most setups run the softer of the two – myself included. The other option is more relevant to things like e-bikes, heavier riders on XL and XXL models, and riders like Kurt Sorge. 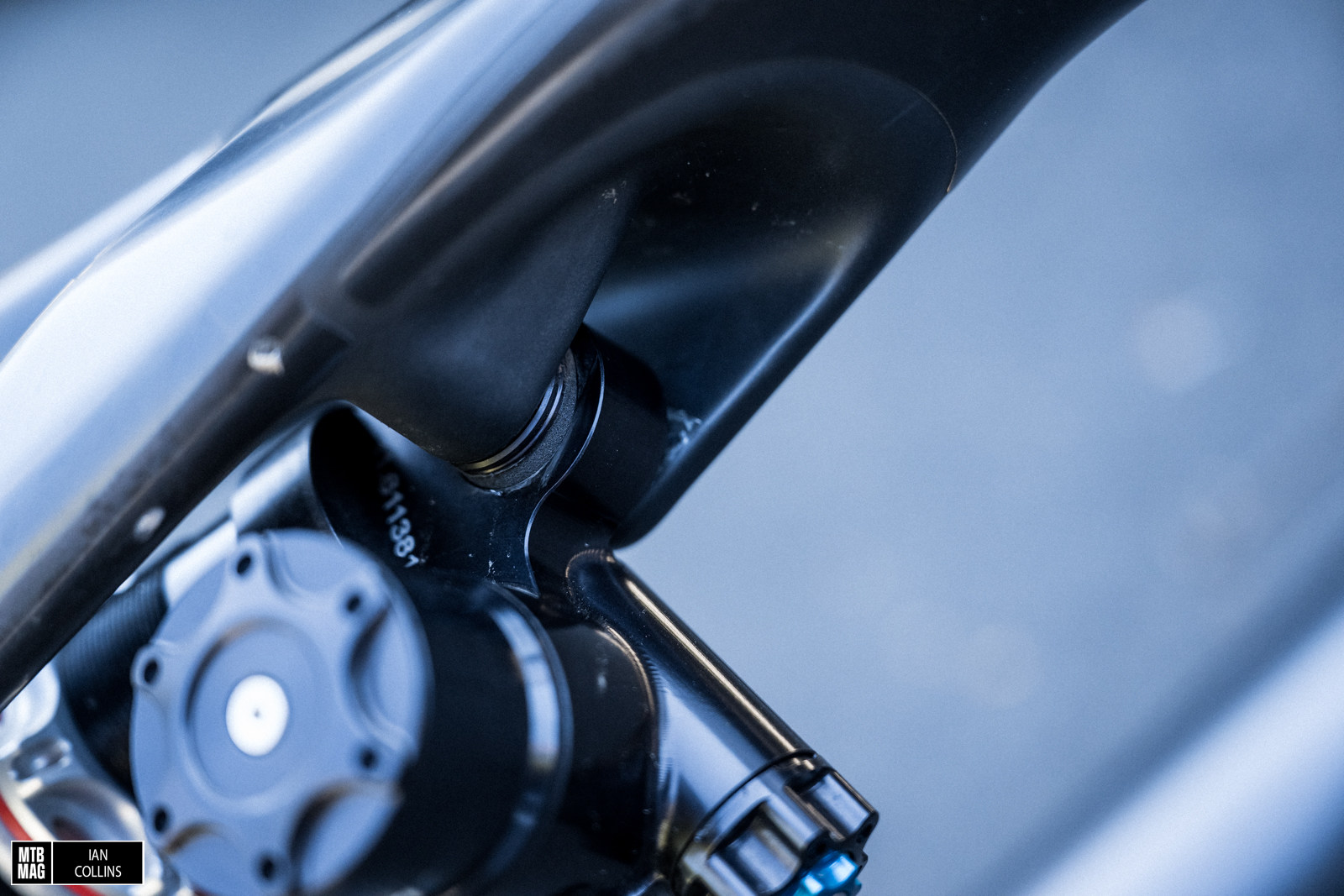 The Elevensix uses motorsports grade spherical bearings, wherever clearance allows and ideally in at least one eyelet – although trunnion mounts can be a limiting factor. The purpose of a spherical bearing is to allow the shock to rotate slightly under side loading, thus allowing the suspension to move more freely with the internal bushings and glide rings being under less strain. Interestingly this means that you can move your shock ever so slightly from side to side in your frame. Also, note the foam seal to keep things clean. 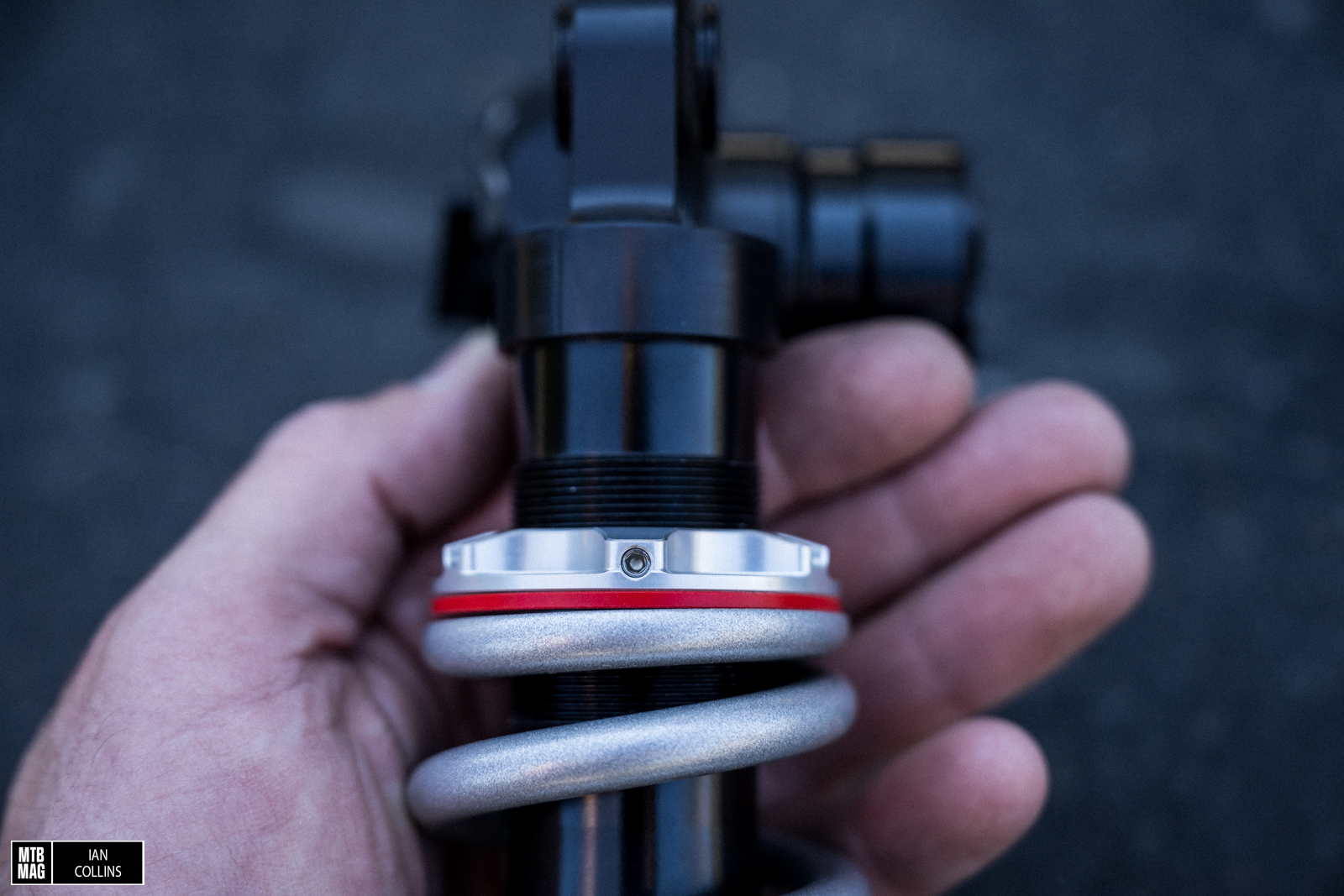 Push use ultra high end Hypercoil springs, which are shaped and designed so that the spring will never rub on the shock body. The springs are available in 25 pound increments in a massive range, thus ensuring the perfect sag and ride characteristics for every rider and setup. Note the set screw to prevent the spring collar from unwanted movement, and the red spacer which helps the spring slip and move freely as it cycles through its travel. 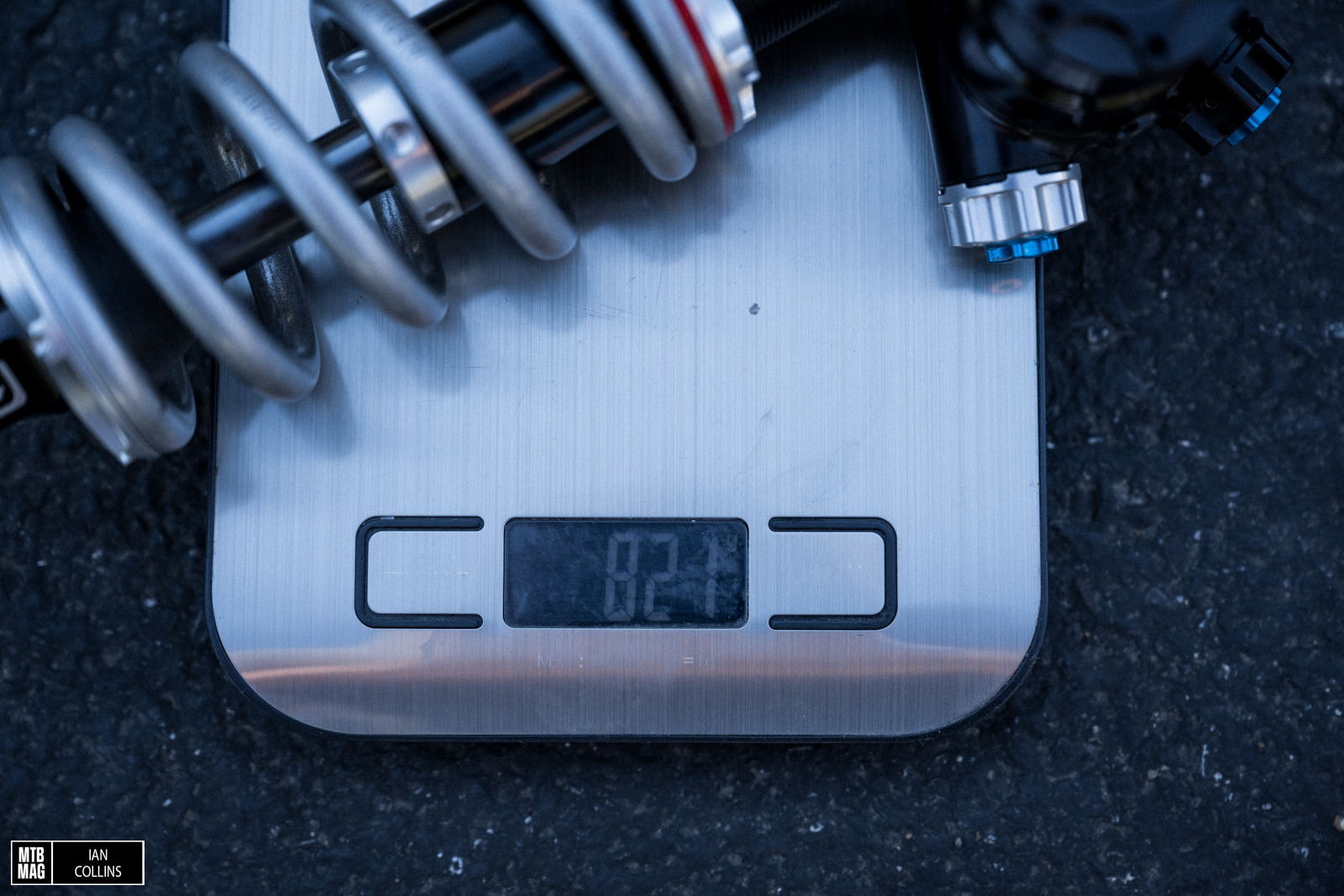 Our 210mm X 55mm shock weighed in at 821 grams with the shock hardware and a 550 pound spring, which made it roughly 350 grams heavier than the air shock we swapped it out for.

Beginning with setup, I connected with Push and told them my preferences and sought after ride characteristics. In short I relayed that I realize that the SJEVO is fairly linear in nature but I wanted as progressive of a feel as they could get out of a coil shock. I also told them I prefer things on the stiffer side and that I absolutely hate super rough bottom outs. My Elevensix arrived with a 550# spring and the softer of the two bumpers. For what it’s worth I weigh around 185 pounds with gear. The shock arrives with a notecard that calls out the baseline settings – which is handy as a starting point reference in case you get a bit lost in the clicks and want to start your tuning process over from home base. 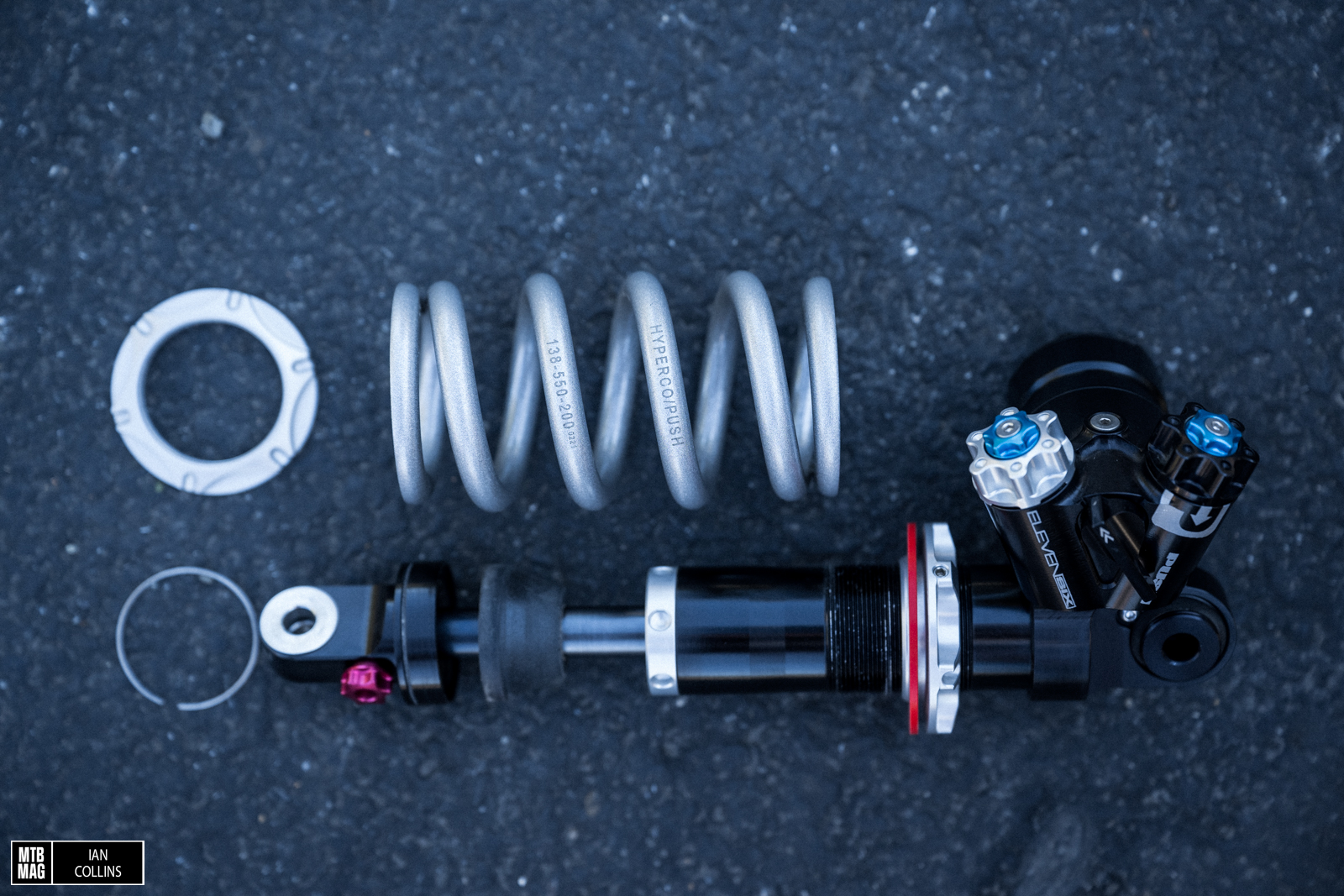 There is one thing worth getting out of the way before we dive into how the shock performed on trail. I got a call from Darren Murphy of Push while I was at Rampage and had already finished up my testing. He informed me that they’ve had two incidents where the lower shaft eyelet began to loosen on my shock model specifically – for 2020-2022 yoke driven Specialized shocks broadly speaking. They’ve sold a total of about 600 units so far, which means that this is extremely rare. In any case, Push issued a recall, which you can read here. In short, you can mail your shock in where it will receive a revised lower shaft eyelet, a rebuild and a renewed 1 year warranty. Personally I had no issues, and I think Push is handling the issue well.

Out of the gate, I was a completely surprised at what a drastic difference there is between the Elevensix’s parking lot feel and its on trail feel. As someone who has been riding bikes for ages and testing them for quite a while, this took some getting used to. In the parking lot the shock felt overdamped and a bit uninspiring to be frank. Once I got it out on the trails it was the complete and total opposite – composed when I needed stability and lively when I need some pop. It’s a head scratcher, but I can’t overstate it enough…You simply cannot judge this shock by how it feels when you’re bouncing around in your driveway. With that said, as I first started getting acclimated I would dabble with a click here or a click there but every time I quickly returned right back to home base. That is a testament to how flawlessly personalized these units are for each individual rider. With that in mind, rest assured that the damping adjustments and their range are both effective and broad respectively. 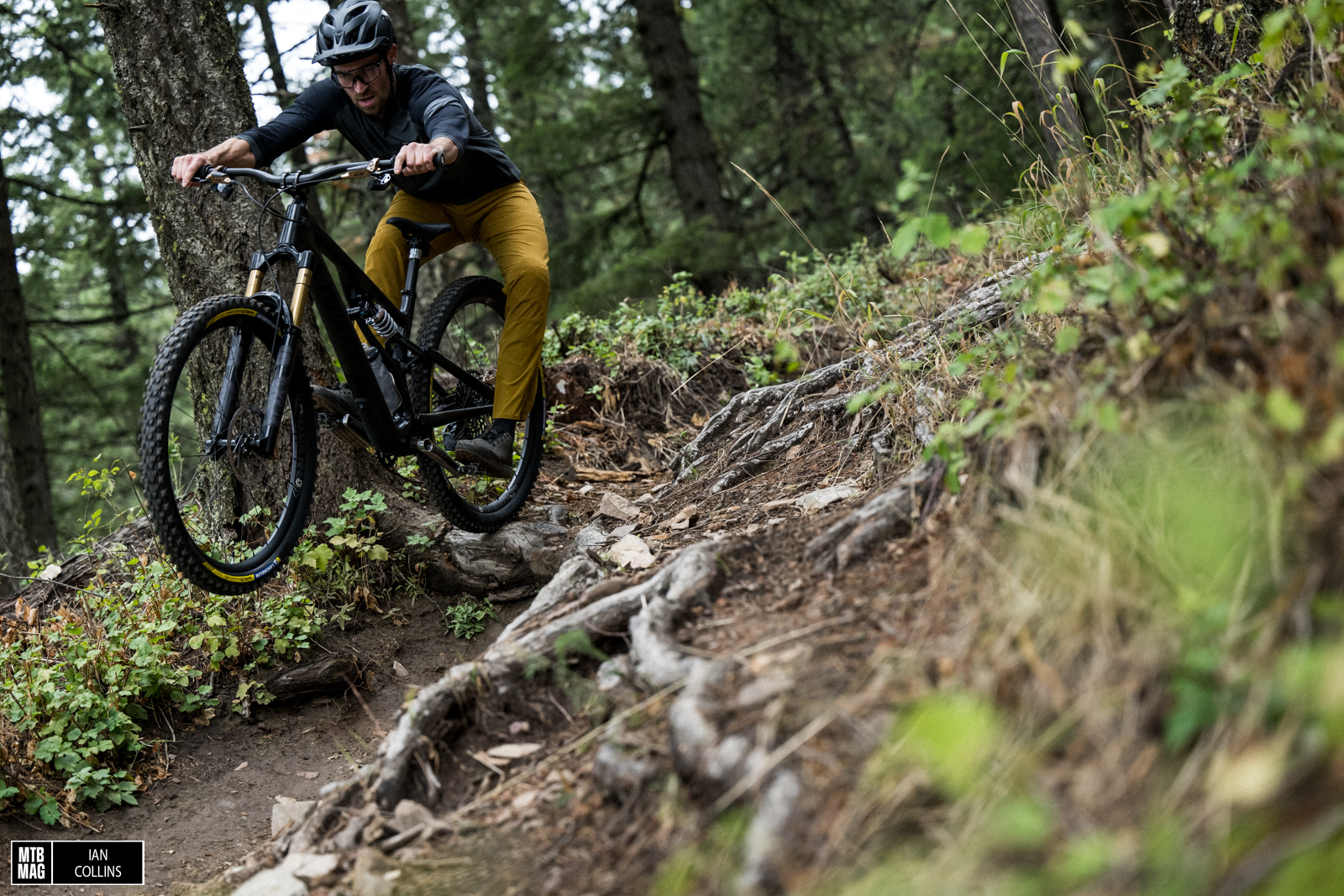 So, getting into the heart of things, I do think that Push managed to get a nice progressive feel out of this setup – impressive given the bike’s kinematics, which are designed around an air shock. I tested the bike with 3 other air shocks prior and do think that the Elevensix was far and away the best option for the bike – and for what it’s worth, I believe this unit is the only coil shock that Specialized approves for the Stumpy EVO. In any case, every ride aspect got a massive upgrade…small chatter and roots just melt away under the tires with incredible traction on tap. Medium sized square edged hits and successive mid-sized rocks and bomb holes simply get dealt with in the calmest manner possible. Lastly, bottom outs were greatly improved, but with a slight caveat… 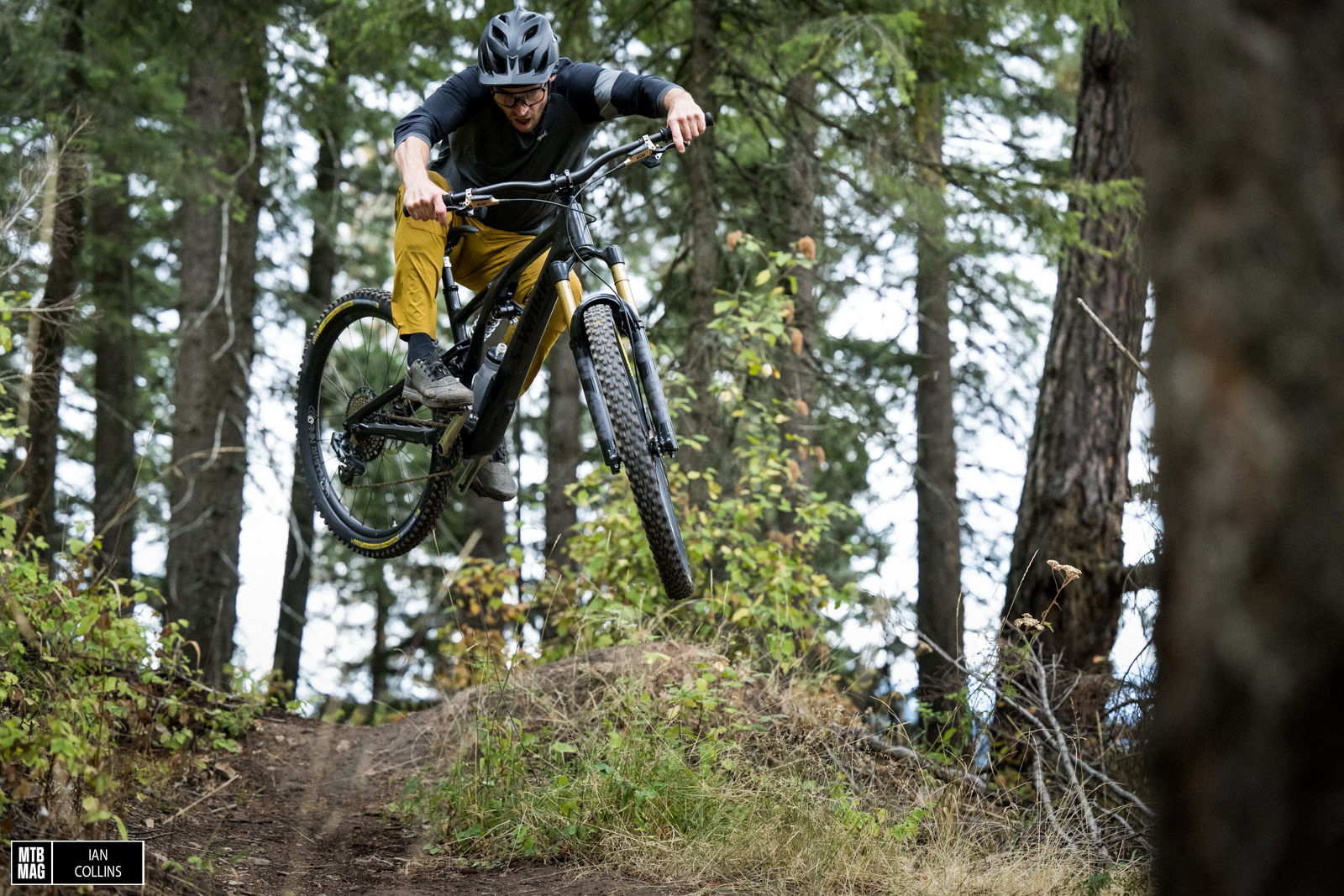 Because this is a coil shock it doesn’t build up end stroke ramp in its spring like an air shock does. Thus, it is more reliant on both the bottom out bumper and the hydraulic side of things. In any case, I began to pick up on the fact that I could feel the shock managing bottom outs in two distinct manners. On ploppy, low speed drops the shock had what I would describe as a two-staged feel. During these events I was feeling the shock body hitting the bottom out bumper. However, on big hits at really high speeds, the transition into the end stroke was seamlessly progressive right up to the last few millimeters. This was largely because it was being managed – or at least assisted by the hydraulic anti-bottom out. In any case, I never once felt any sort of brutal metal to metal bottom out and the level of control in those situations was greatly improved compared to every other shock I’ve ridden on this bike.

So, did the Elevensix transform my Stumpy? In short, yes. I think I got as much rear suspension performance as I possibly can out of the bike when I installed this shock. I’m hard pressed to find a single detail that I could complain about which can be traced to the shock – as opposed to the bike. The innovation, features and ride quality are all 10/10, no doubt. Visually this unit is a stunning work of art right down to the eyelet hardware. An Elevensix will absolutely elevate your bike’s ride quality – partially due to the incredibly well thought out and personalized tuning but also largely due to the ruthlessly high quality of each and every part that goes into each and every unit. 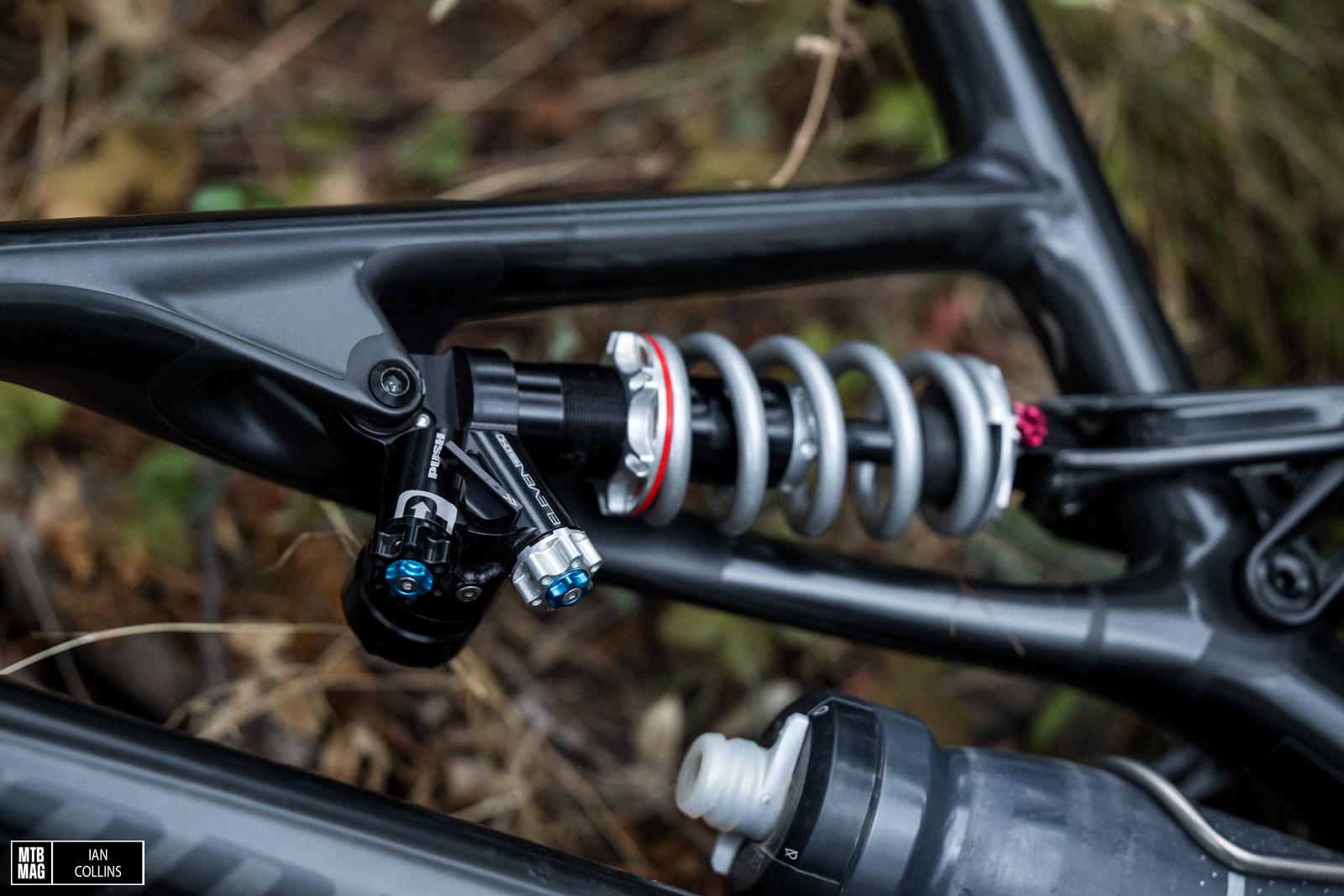 The only thing left to contend with is the price. $1,295 is steep – at about double the cost of most high performance rear shocks that is real steep. But alas, this is not your average shock upgrade…far from it. My personal thoughts are that the price of the Elevensix is worth it if, A: you can afford it and, B: if you intend to bolt it up to a bike that you plan to ride for a couple of years. All told, it’s an ideal upgrade for a bike that you really like *overall*, but find yourself wanting more out of the rear suspension. Coincidentally enough, at the time of writing this article Push is running a sale on these units coming in at $895. So, at that price if you have a bike with rear suspension performance that you’d like to improve, now is the time…