A few months back, RockShox sent us a TwistLoc kit – their Gripshift style lockout that’s compatible with their forks and rear shocks. You can also use the system to lock out both front and rear suspension simultaneously. We hooked it up to our Super Deluxe Coil rear shock on our Cannondale Jekyll test rig. Anyhow, here’s what we thought of the system… 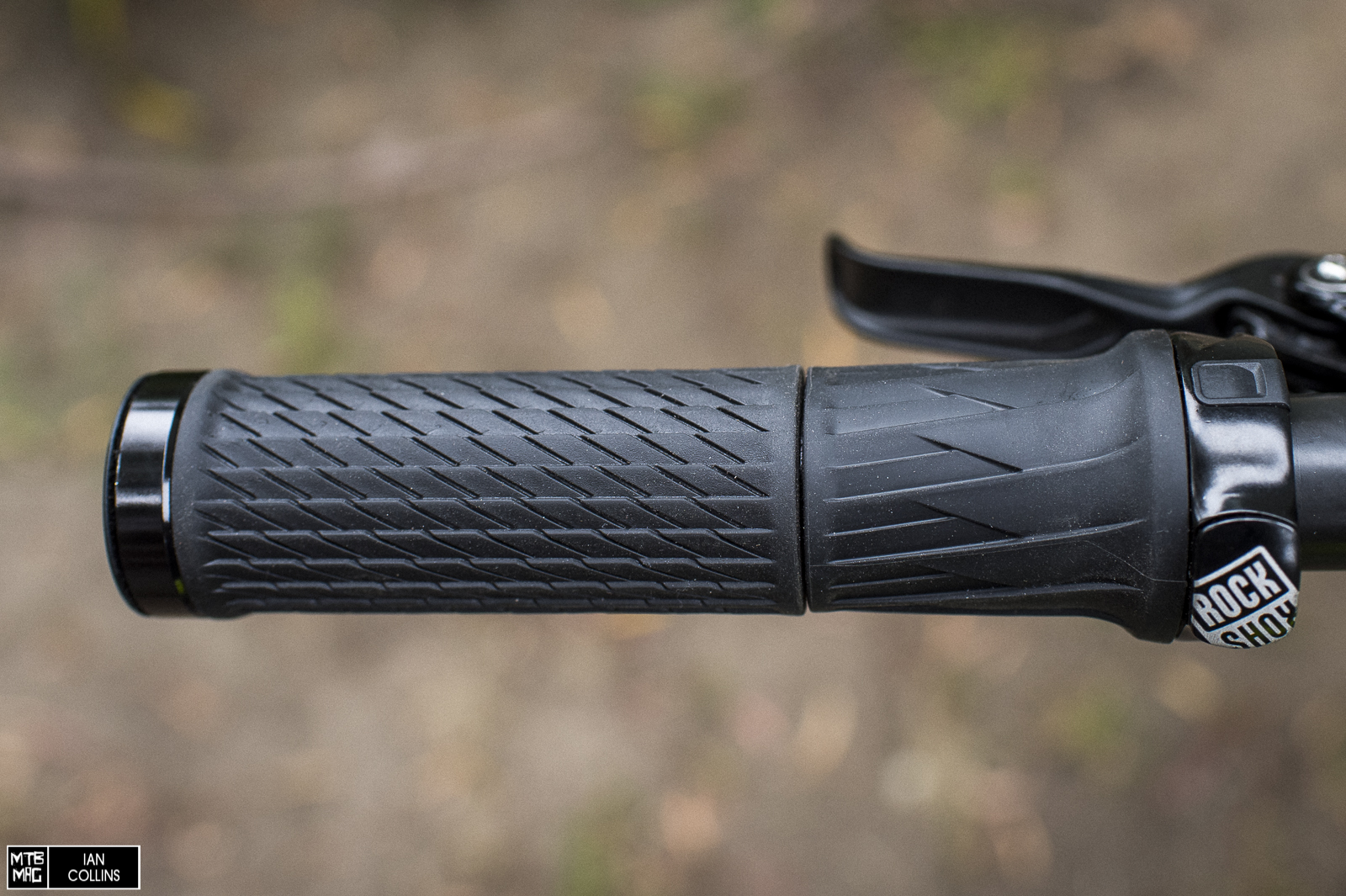 The kit comes with a dedicated set of lock on grips, which secure with 2.5mm allen screws. These grips feature angled grooves which bite into your hands/gloves pretty nicely, which is particularly useful for a bit of gaining added traction while twisting the locking bit. Above, on the right side, there is a very discrete button bearing the RockShox logo, which unlocks the suspension and returns it to open mode. 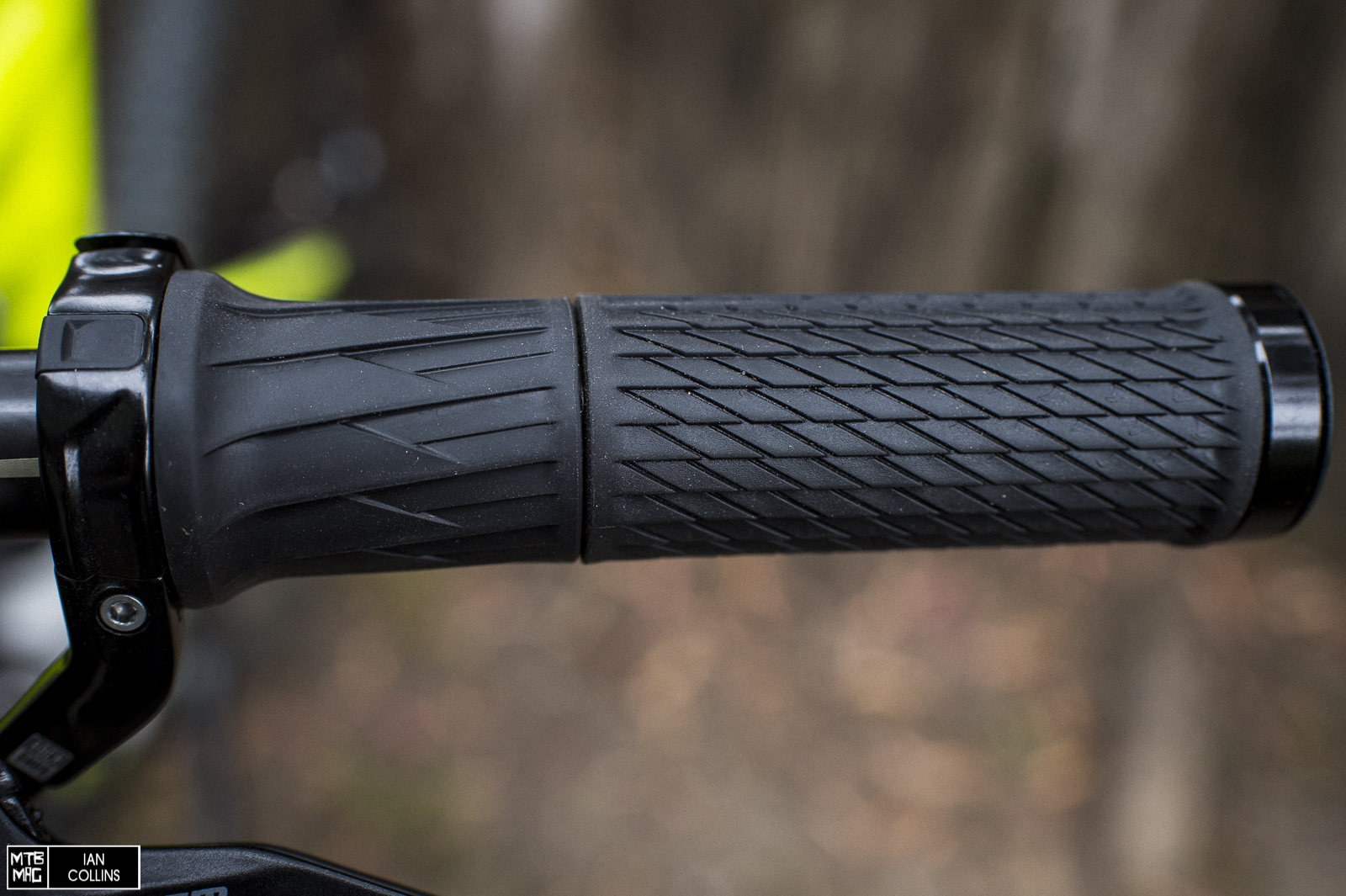 The cable(s) feed in through a port which is sealed off by a small rubber grommet on TwistLock’s main aluminum body. A 3mm allen key secures it to your handlebar. With both fork and rear shock, the setup is really quite clean. The end of the cable feeds in and is secured by a grub screw. An aluminum cap seals everything off nicely, so there is no chance of having the cable fray from pesky, unwanted run-ins with a knee. 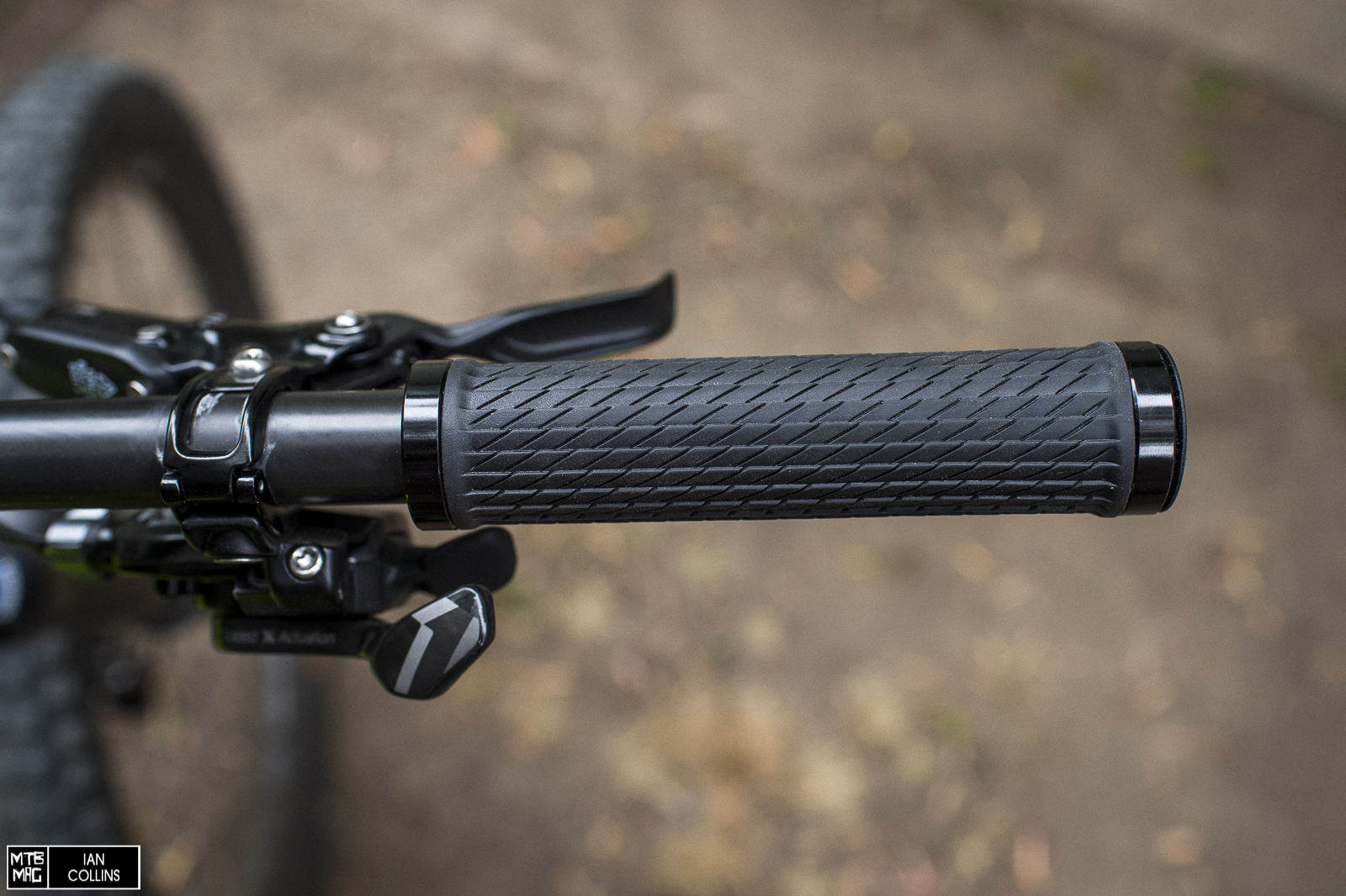 The right hand side grip is a double clamp, where the left side just uses one single clamp. The ends are sealed off with a low profile, hard plastic cap to prevent the clamps from getting too banged up when things go sideways and don’t come back.

The setup only took about 10-15 minutes and was very straight forward. You’d likely spend the most time on cable routing, especially if you’re dealing with an internal routing. Anyhow – early on, we were impressed by the ergonomics and how well TwistLoc integrates with a dropper remote.

It will work with any 1X style dropper lever, not just the RockShox Reverb lever. It’s definitely a clean execution. In terms of use, it’s brilliant as well – there’s plenty of traction at the grip and it only requires a short little twist to lock the suspension. If you are gassed and fumbling a bit, it still isn’t hard to activate, even while on fairly rough terrain. 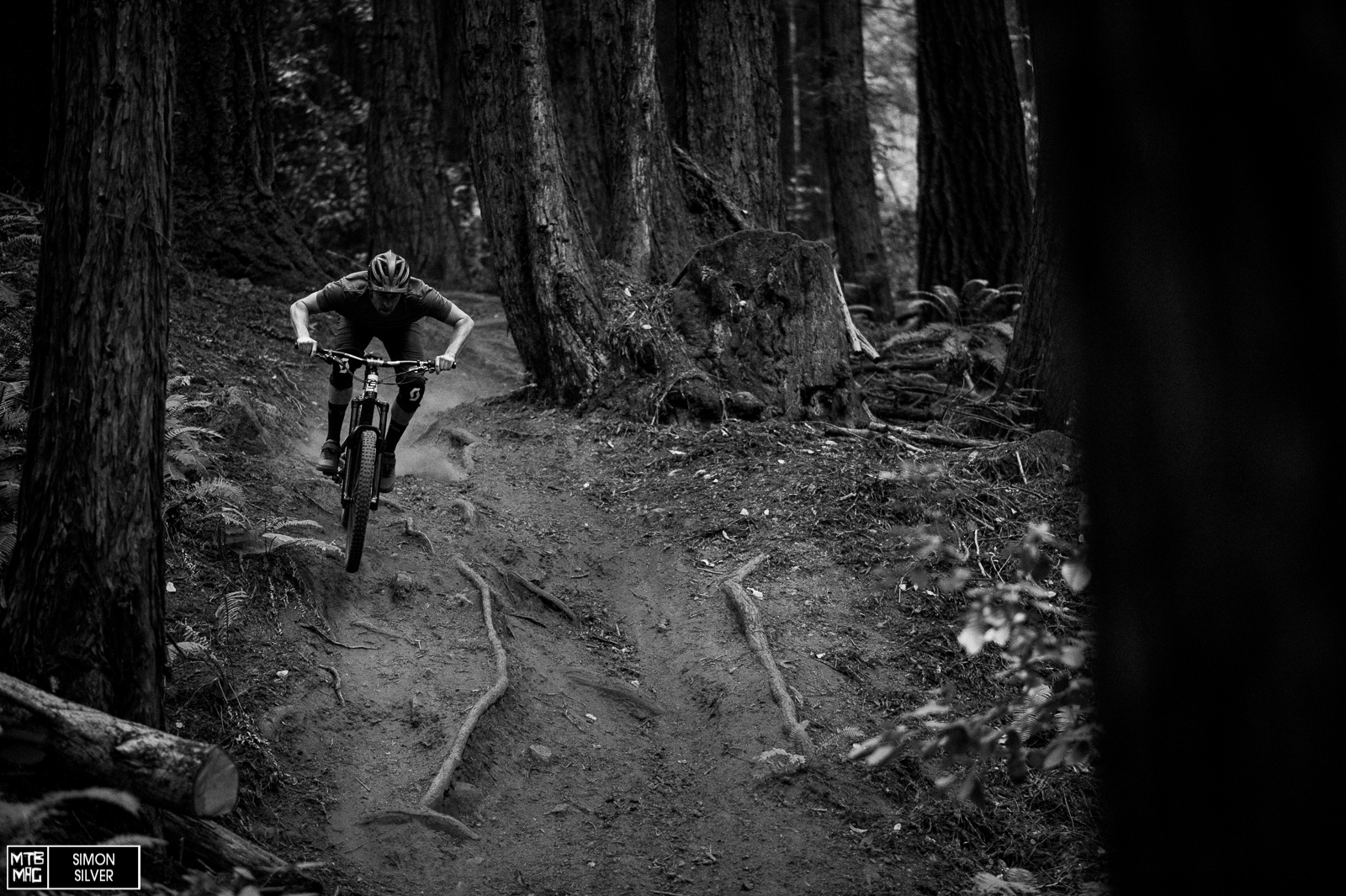 The de-coupled release button is perhaps the best part, as it prevents you from accidentally unlocking the system when you’re grinding along, or shifting your weight forward, punching up a tough climb. Speaking of the button, it’s perfectly placed and only requires very minor input to do its job. When we first bolted the system up we wondered if we’d prefer that the button was knurled for a bit of extra grip, but the action required is so light that our concerns were put to rest on our first ride.

While we thought the grips were actually quite good, knowing that some riders are highly particular about their grip choice, we did a bit of cobbling and experimenting. We took a Sensus Swayze lock-on grip and cut down one side with a hacksaw to play around with it. If you did prefer, you could definitely take a grip with a similar diameter and providing said grip has a double clamp design, you could bolt up your personal grip of choice, no problem.

The TwistLoc is very well thought out in its design – its action is super easy to engage and disengage, and in a few months of riding, we never accidentally activated either setting. As far as who this would appeal to most, we’d have to see it being aimed at the racing crowd. It would would work nicely for anyone in XC, Enduro or even DH who is trying to shave a few seconds as well as save some energy and prevent unnecessary fumbling around, reaching for lockouts.

The only minor downside is the addition of cables, which makes for a busier cockpit. That might make it a no-go for some of those who are a bit more OCD about their setup. Beyond racing, even for the casual, every day rider TwistLoc will still have a certain appeal as it makes locking and unlocking suspension a bit more intuitive and allows you to focus on the trail more clearly. All in all, it’s a nice option and from a design standpoint, it’s flawlessly executed.