Amidst their announcement of Metric shock sizing, RockShox completely revamped their rear suspension lineup. At the time, the new standard was met with mixed feelings by consumers, but we feel it mainly brought about good things. Longer strokes and larger air cans encourage lower leverage rates, require less air pressure and make for easier, broader tuning. Increased bushing overlap and availability of cartridge bearing eyelets and trunnion mounts improved rigidity and sensitivity. The initial complication of an increased number of shock dimensions is one that should be remedied over time as the Metric standard takes over; then the oddball sizes should phase out and suspension manufacturers should eventually, hopefully have less SKUs to manage. 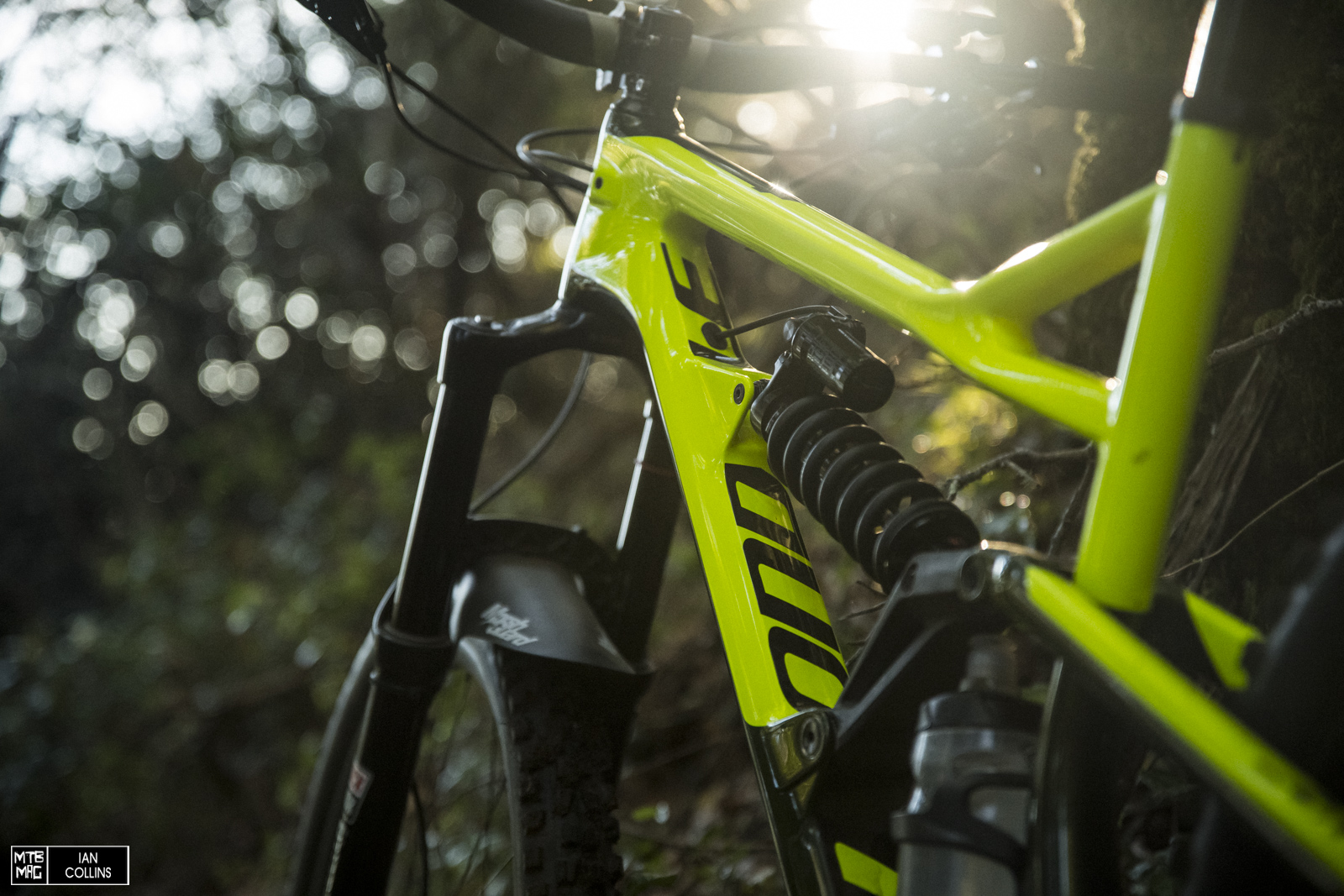 Anyhow – long winded intro aside, we were quite impressed by the RockShox Super Deluxe RC3 and wanted to see how its coil sprung big brother would fare on the trail. Since we’ve been bouncing around on a Cannondale Jekyll and it comes equipped for internally routed remote lockout, we thought it would be fitting for a review of the RockShox Super Deluxe Coil RT Remote. It’s worth noting that this particular shock has limited availability. RockShox offers them as original equipment on the Commencal Meta AM V4.2, the Giant Reign and handful of other bikes. That said, by reading between the lines you should glean some insight into how the RockShox Super Deluxe Coil line performs in general based off of this review and its findings… 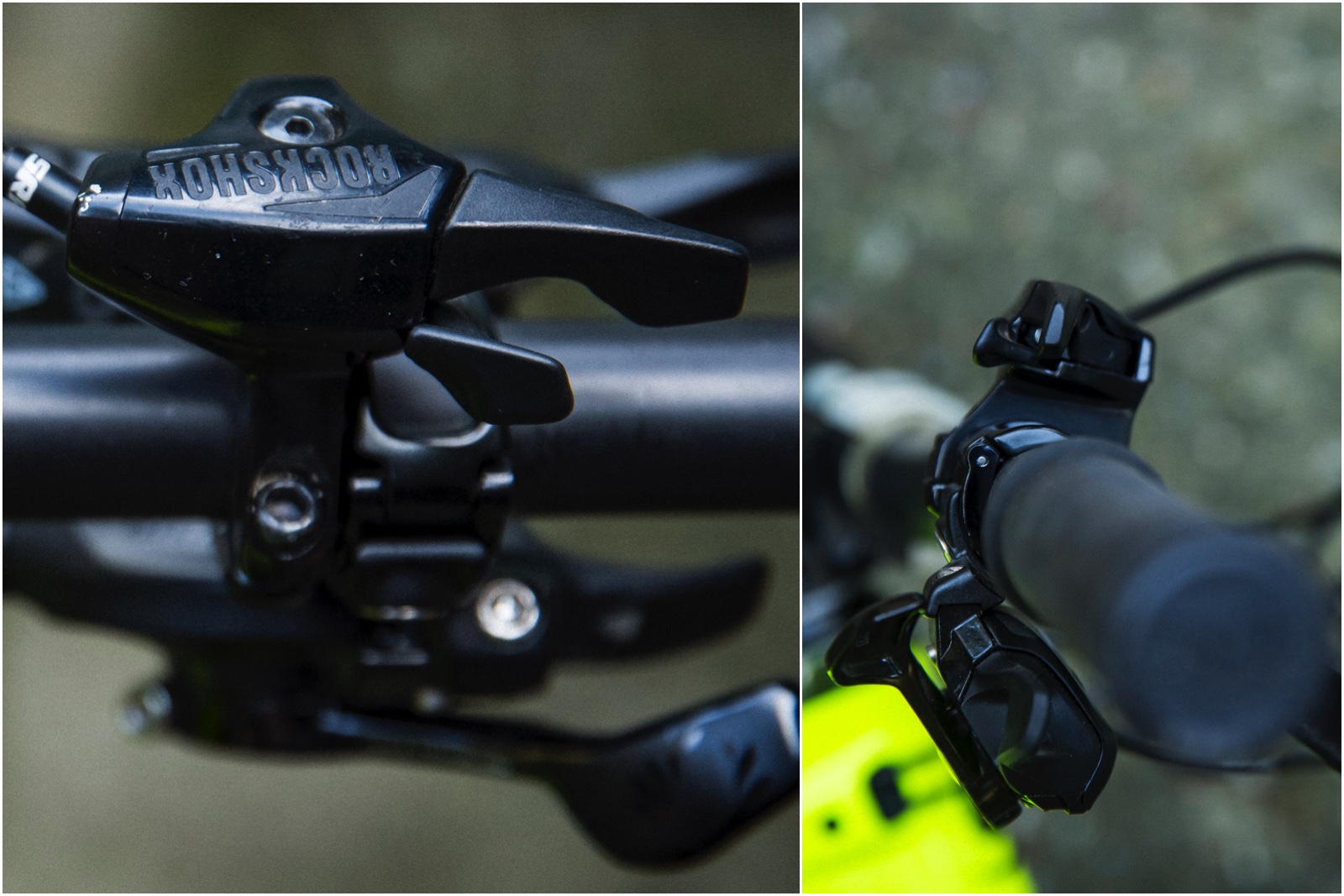 We chose the right side/over bar OneLoc Remote because at the time, we had just swapped to the Reverb 1X style remote. Had we kept the standard Reverb remote on, we would likely opt to put the OneLoc remote on the left side under the bar for a more discrete look. Having options is nice, and RockShox also offer the OneLoc remote in two different heights. 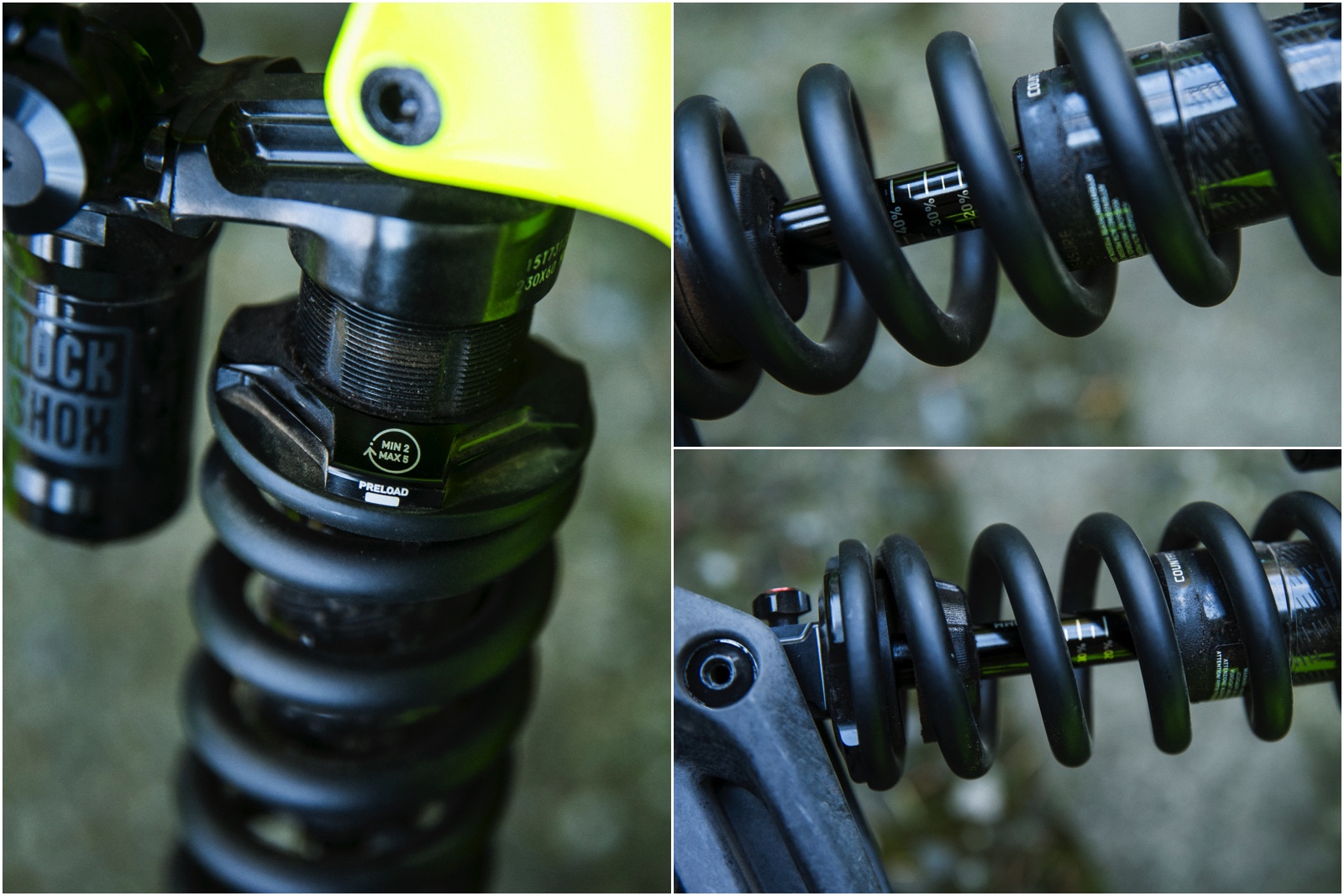 We told our contact at SRAM our weight, riding style and preference and they did the math. The shock arrived with a 500 pound spring and our 185 pound rider hit his preferred ~28% sag mark with just over two turns of preload. Take note of the etched preload instructions above in the left frame. The shock arrived with one high density spacer under the standard foam bottom out bumper.

One of the reasons that we were interested in testing the Super Deluxe Coil RT Remote on this particular bike is because the Cannondale Jekyll’s rear suspension has a nice, progressive curve to it. This makes it a good candidate for a coil shock whereas a bike with a linear or falling rate might work well with a low volume air shock, but would be a less than ideal match for a coil. 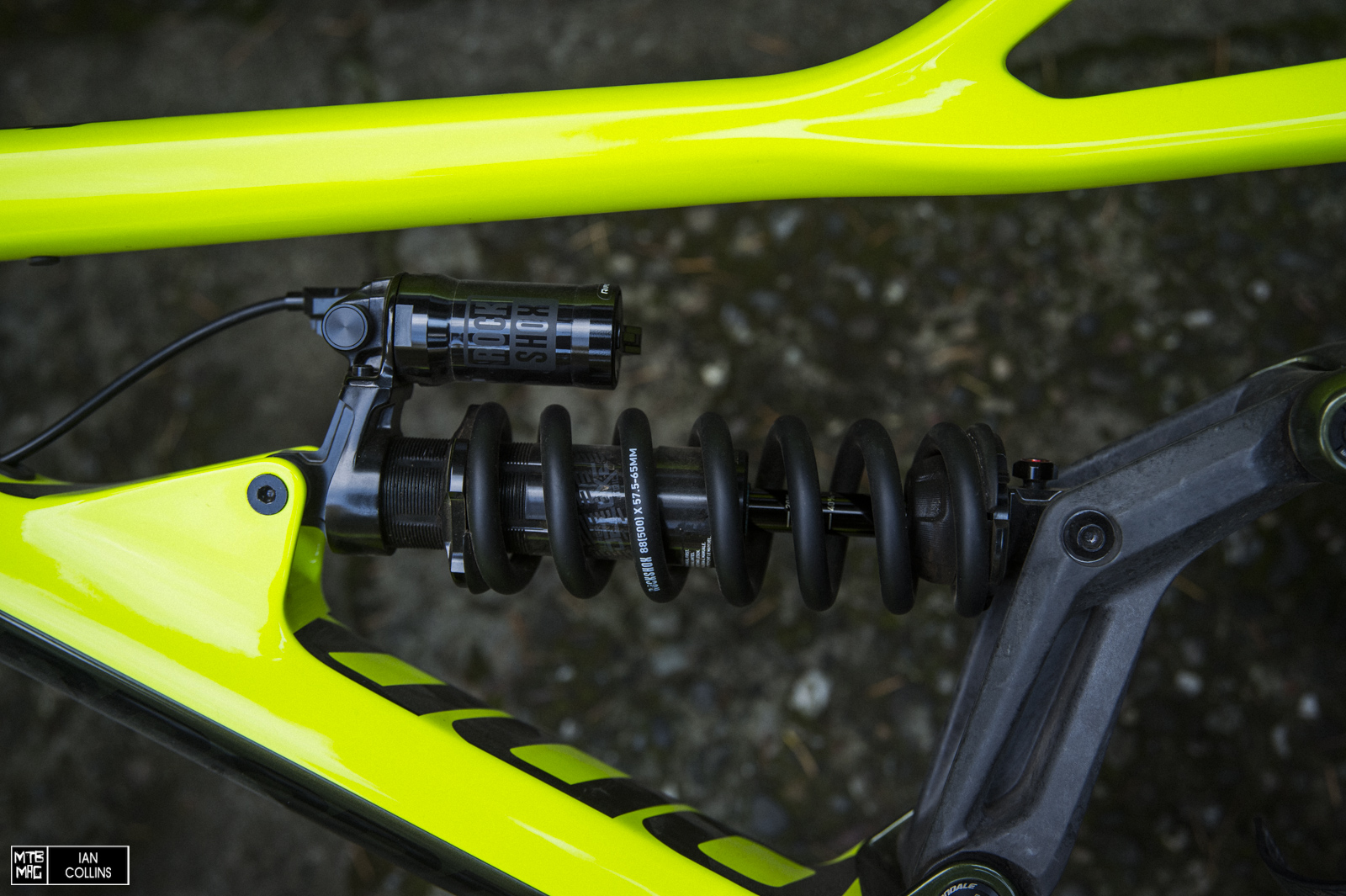 That’s not to say that the Jekyll doesn’t play nice with air shocks. With its kinematics combined with the right shock tune and air volume, you can have it both ways. For instance, Jerome Clementz and other Cannondale athletes will go back and forth between air and coil depending on the track and conditions that they’re racing on/in. In any case, just from a quick bounce around in the parking lot, we felt that the rear suspension still had plenty of progression with the coil spring. 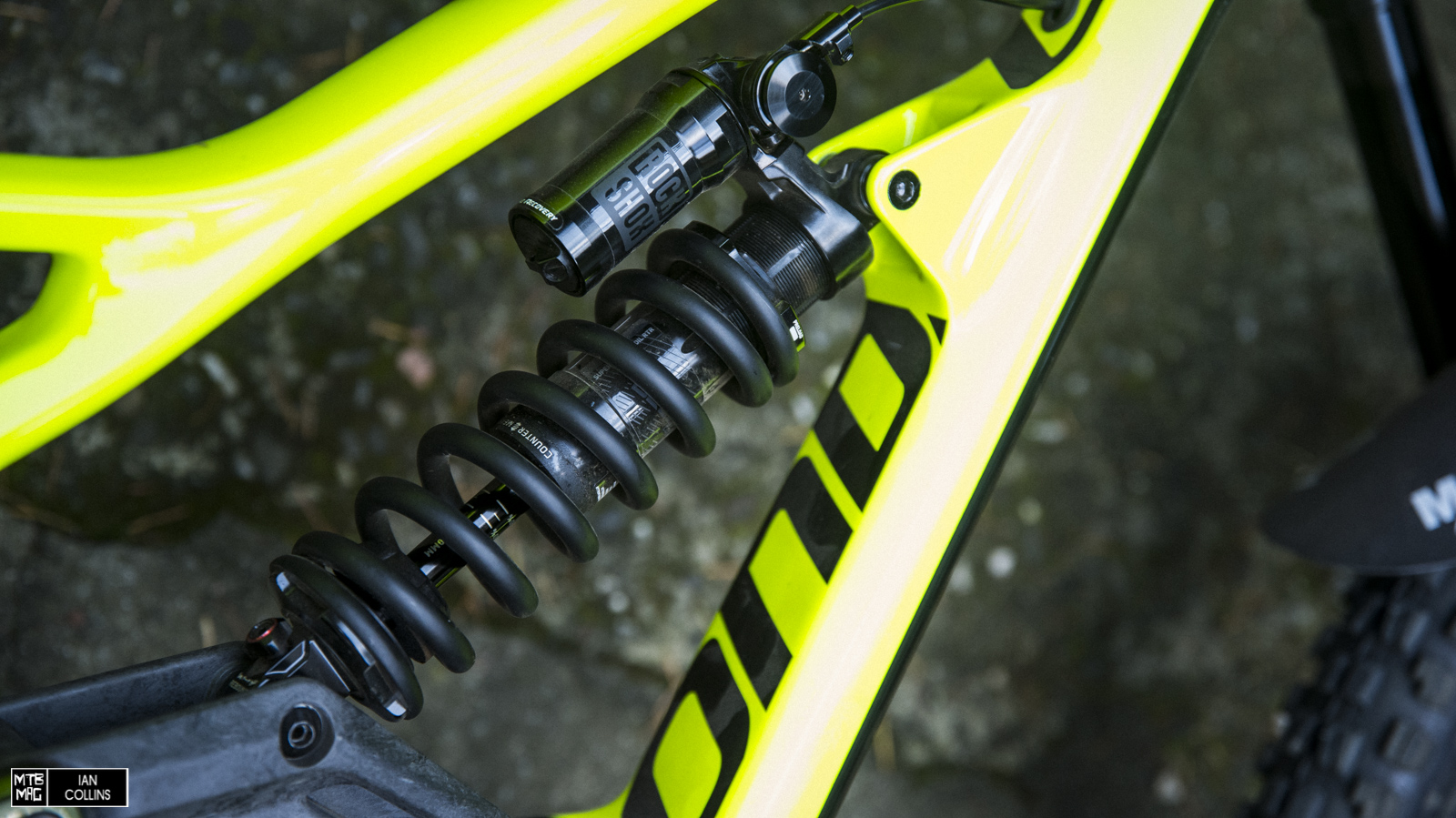 Setting everything up was really straight forward; the OneLoc remote was easy to dial in and  there is a clean, threaded cap that covers the cable end, so it won’t fray. Lastly, the detents on the rebound knob were distinct and easy to count. Let’s see how it fared out on the trails.

From the very beginning, the first thing we took note of was sensitivity; which translates to improved traction and a smoother ride on the trail. That is undoubtedly the biggest advantage that coil sprung shocks have over air sprung shocks, and it mainly comes down to seal pressure, or lack thereof.  This was our tester’s first time riding a mountain bike with a bar mounted remote lockout, at least on a bike with travel even remotely (no pun intended) close to 165mm out back. The remote itself is a bit of give and take… 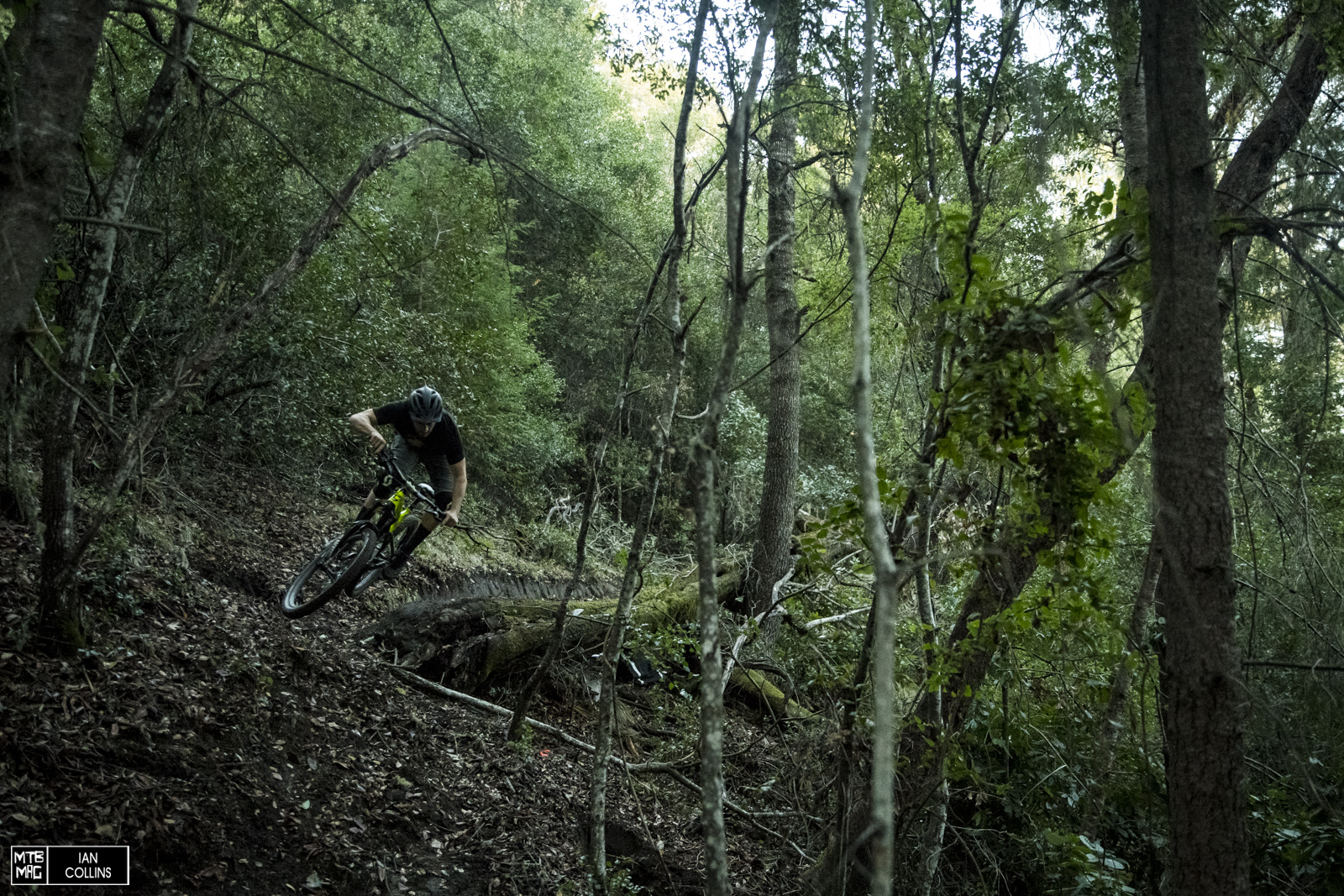 On the positive side, you don’t have to take your hand off the bar, bend over and fuss around with finding a small lever in the middle of the bike – you can lock it out when you’re already standing up sprinting. We see this as being particularly useful to riders who find themselves racing enduro frequently. The disadvantage is a somewhat cluttered handlebar area and the absence of a “trail” mode; it’s either on or off. Actually, it’s a bit more nuanced – the shock is either in “open” or in “threshold” and to be completely honest, we found that “threshold” was surprisingly more pleasant while climbing compared to a full lockout mode on most air shocks.  It provided great traction AND a very firm platform on both smooth and technical climbs, plus, if you forgot to unlock on a section of trail, the shock was still somehow quite forgiving. 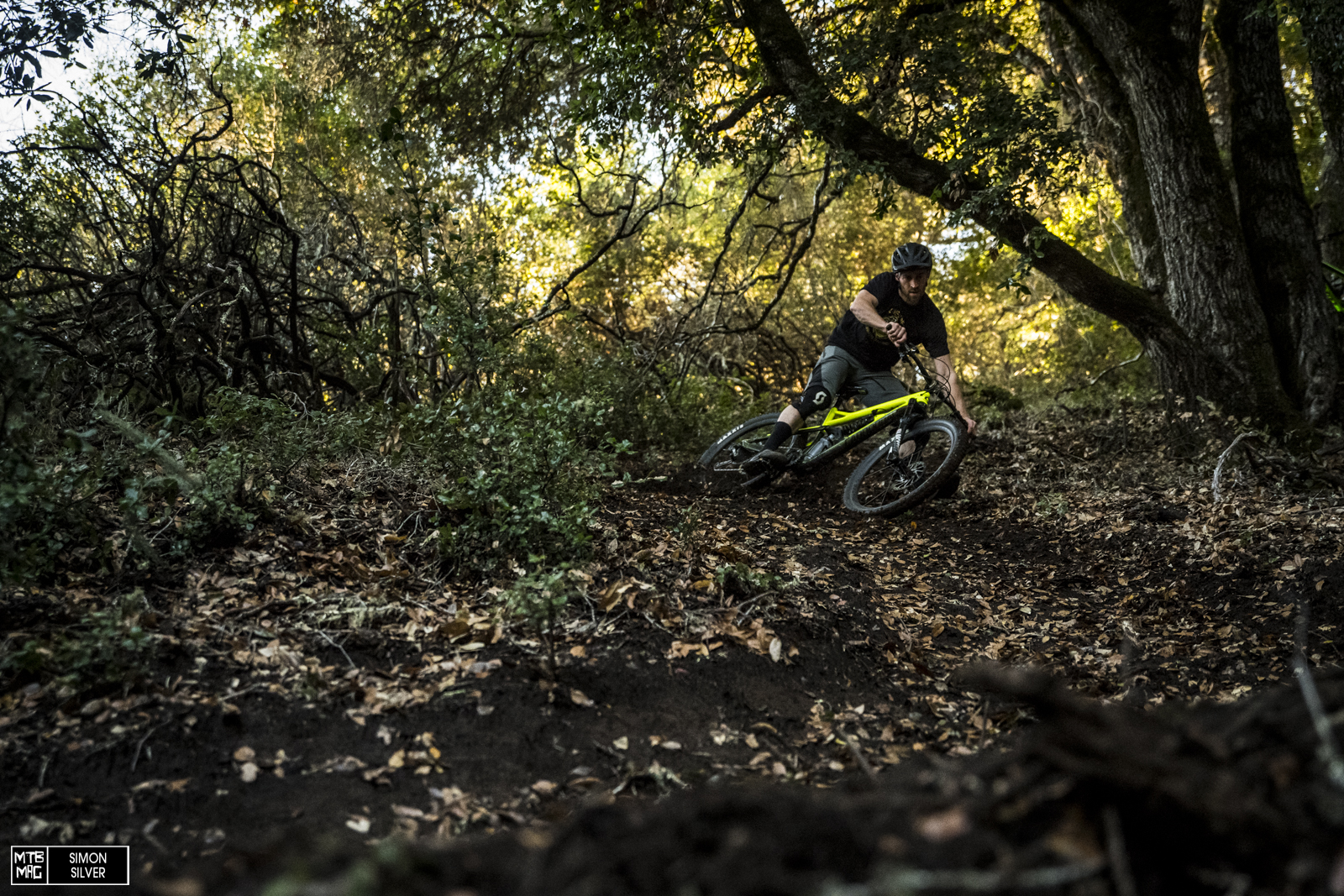 In terms of on-trail feel & performance, the Super Deluxe Coil RT Remote truly delivered. It provided a tons of traction and sensitivity off the top, but struck a nice balance between support and compliance in the mid stroke, finishing with plenty of bottoming resistance. Keep in mind that ride quality will vary with frame design/kinematics, but from a ride quality standpoint and with regards to acing the tune, RockShox knocked it out of the park. We rode this bike with this shock installed in a variety of conditions in Bend, Bellingham, Santa Cruz and on the Sunshine Coast. On even the longest descents, our tester never once experienced any sort of fade or odd behavior, rather he enjoyed smooth, bump eating compliance. Lastly, we were completely surprised at just how freakishly quiet this unit was. It is perhaps the quietest shock we’ve ridden to date.

Admittedly we’re a bit torn on where we stand regarding the remote, but mainly we think it makes the most sense for racing. That said, the remote itself was excellent in terms of functionality and ergonomics. However, many riders might prefer the added low speed compression adjuster and less cluttered bar on offer from the Super Deluxe Coil RCT. That damper also offers the “trail” setting in between “open” and “threshold” and it’s available for lots of aftermarket applications. With either that or the RT Remote version, you’ll find yourself being able to comfortably tackle gnarlier terrain while still being able to  efficiently pedal your bike back up the hill.

Riding a coil shock that can be locked out on an Enduro style bike is heavenly regardless of whether you’re activating it on the handlebar or on the shock itself. The bottom line is that it can take a long travel bike and puts it much closer to the realm of DH bike capability. To do so, you give up a ballpark weight of around a pound compared to an air sprung shock, but if you take a look around the pits of an EWS race, the fastest guys on the planet certainly think it’s worth it. Speaking specifically of the Super Deluxe Coil RT Remote, it’s difficult to find fault in it from a performance standpoint.