We’ve long lauded Roval for the consistent overall quality of the wheelsets that they pump out – whether it’s an affordable high value complete alloy set or a flagship carbon fiber set, they’ve been near the top for quite some time in terms of strength to weight ratios as well as ride quality. This year, the brand addressed nuanced shortcomings in their top end Traverse SL carbon wheelsets and made some changes to them accordingly. After a few months on the latest version, here’s a summary of how those updates are working out … 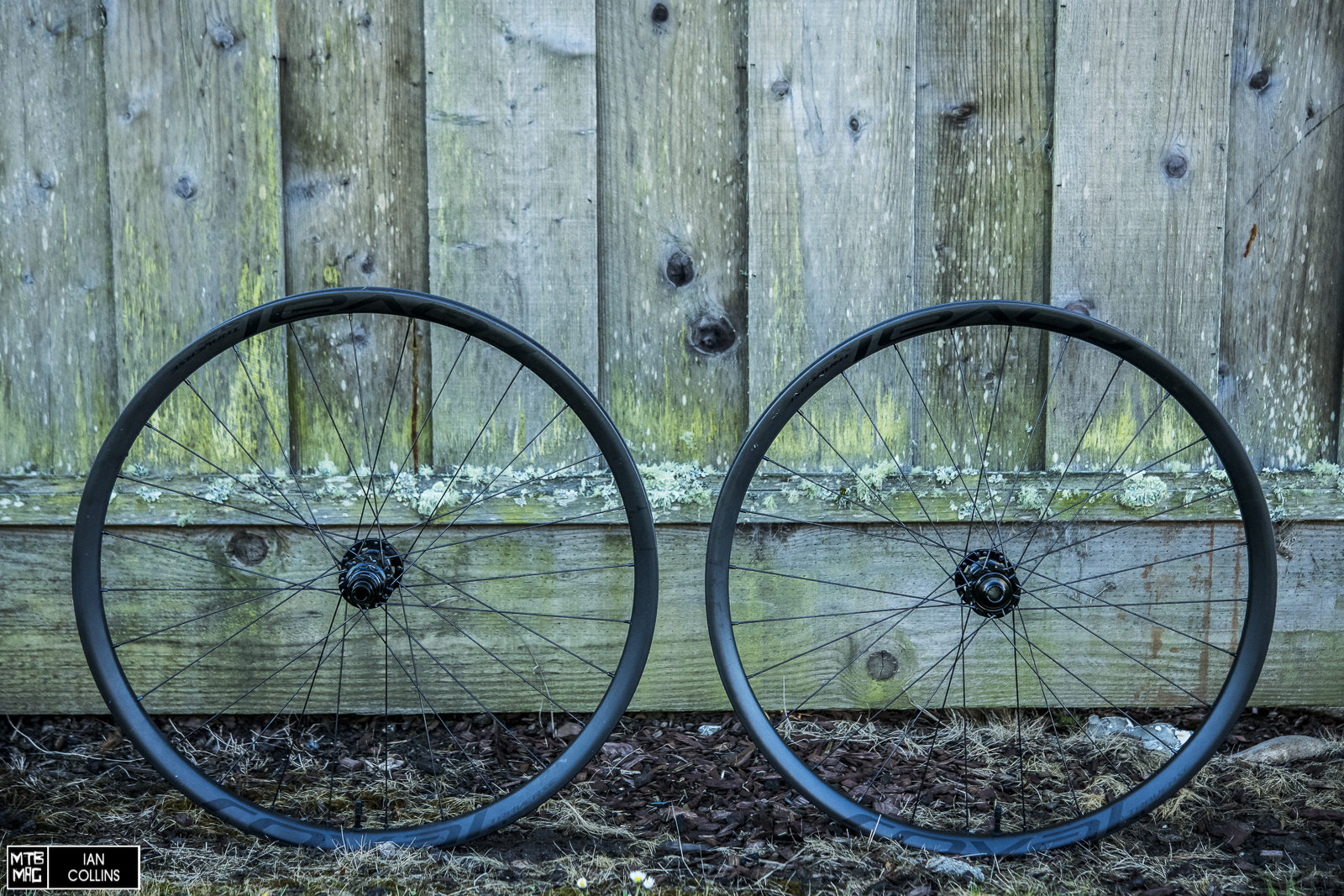 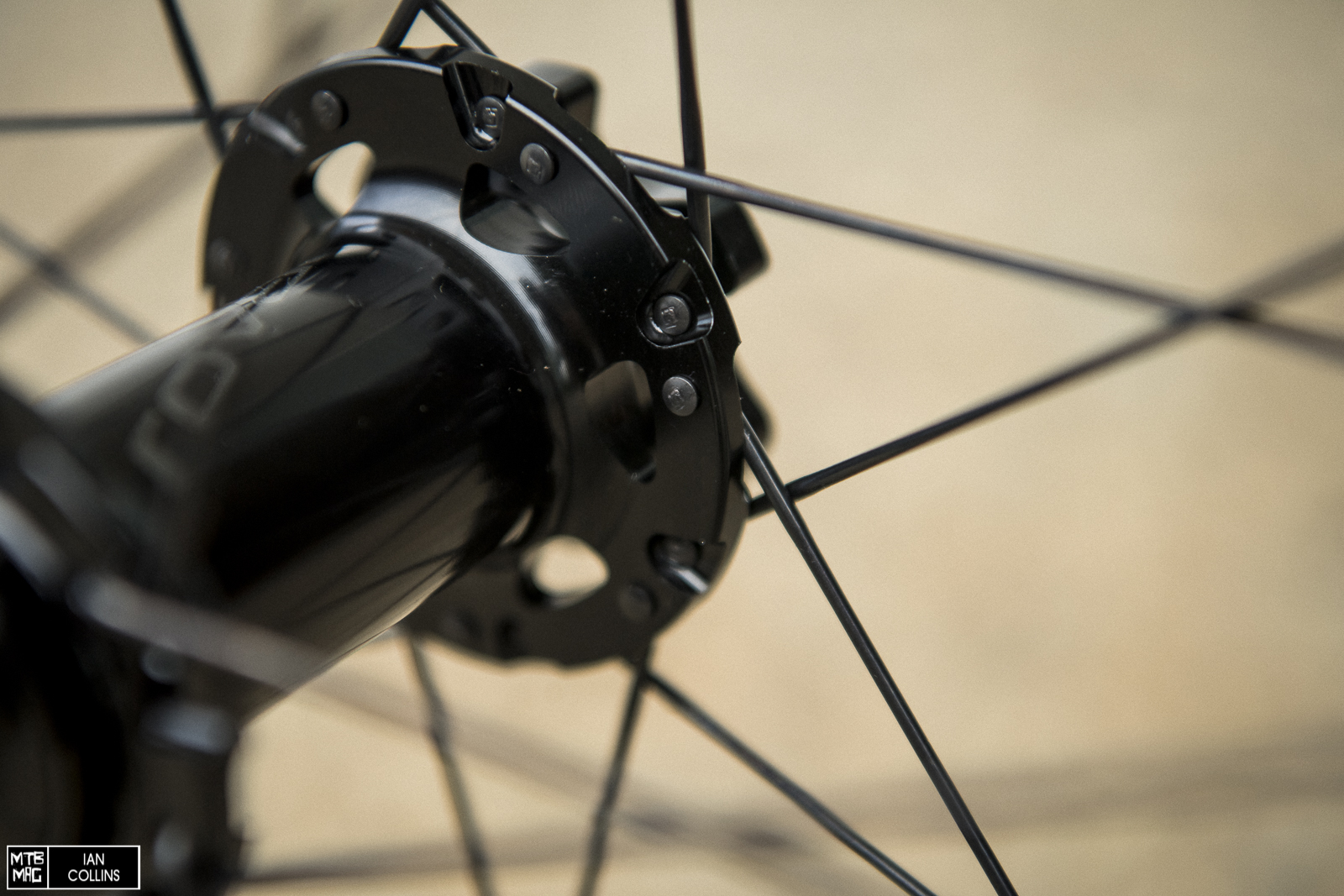 Starting at the heart of the wheels, the new hubs use what Roval calls “step flanges”. As you can see in the photo above, the flanges of the hubs are machined in a way that allow for better spoke bracing angles, which lowers stress on the spokes, thus reducing the likelihood of breakage. 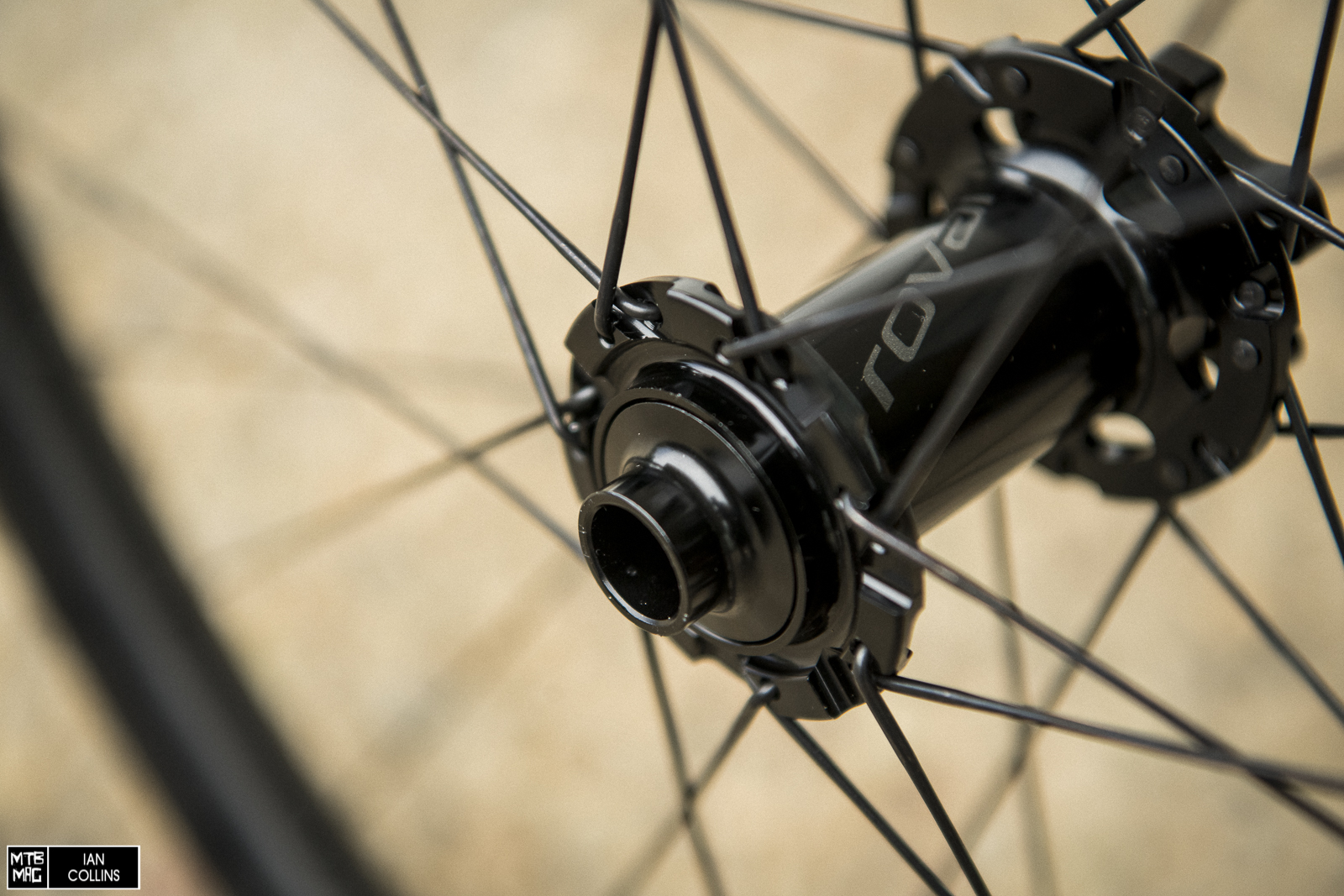 If you’re familiar with the last version of the SL, you may notice that there are no longer radially laced spokes at all. The last version used radial lacing on the drive side of the front wheel. Additionally, Roval has made the switch front straight pull to J-bend spokes. Their rationale? J-bend spokes are plenty strong, easier to find and simpler to tension / true. Roval chose the slightly more heavy duty DT Swiss Competition spokes over the lighter duty Revolutions. Another really cool detail is that the hub flange dimensions have been engineered in a way that one wheelset uses the exact same spoke lengths throughout, which makes keep spares much simpler. 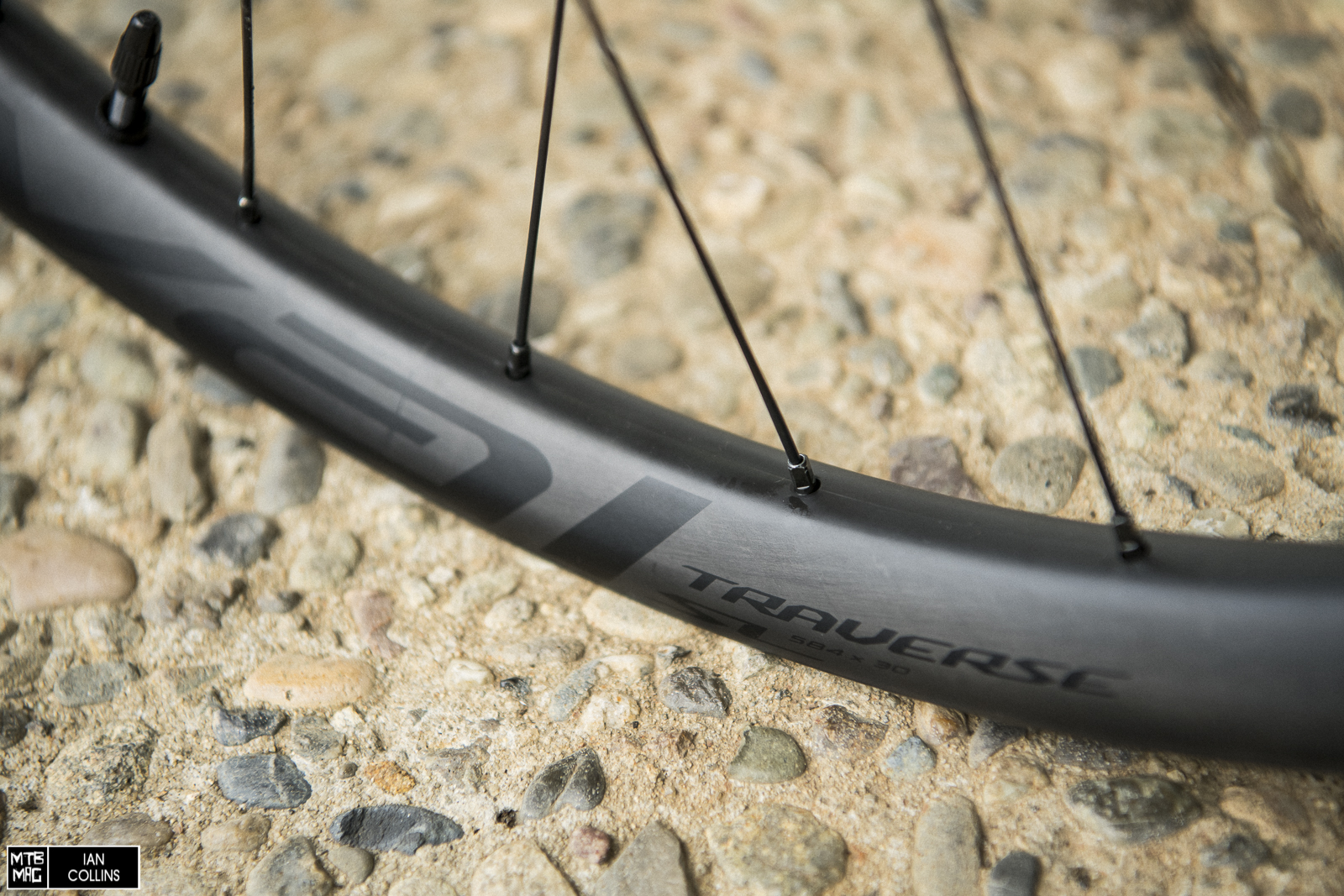 While the rim no longer sports its original woven finish, the dimensions and ride quality are essentially the same. A 30mm inner diameter seems to be the sweet spot for most intents, purposes and tire choices these days, and that’s where the Traverse SL remains. Another noteworthy measure is the switch from alloy to brass nipples. Yes they’re slightly heavier, but they have less issues with corrosion and if you’re familiar with working on wheels, they’re much more manageable, especially in the long run. 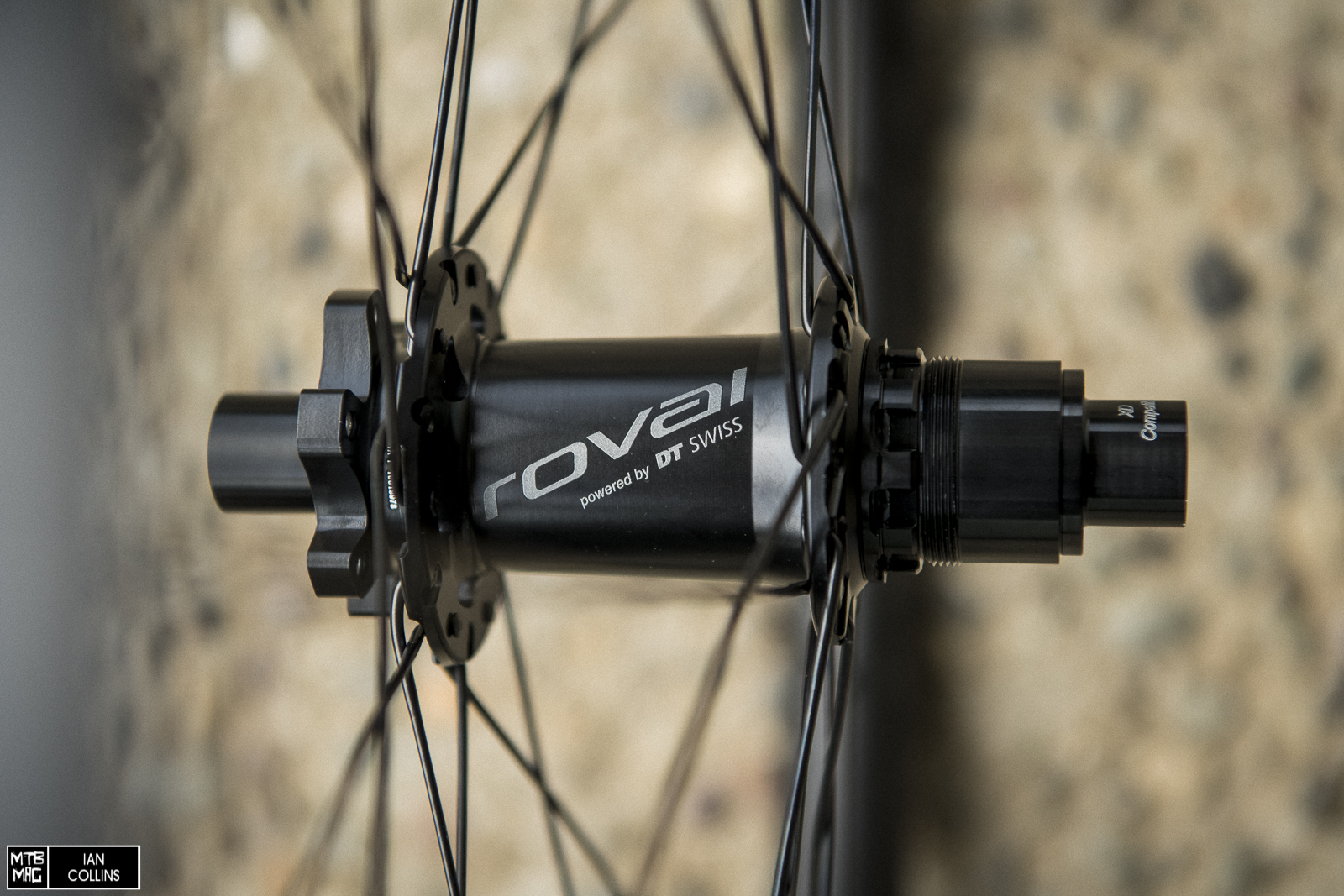 The rear hub is essentially a DT Swiss 240 as far as working parts are concerned, but with a custom hub shell built for Roval. An HG driver is available while an XD driver is standard, with a 54 tooth star ratchet inside for relatively quick engagement. One nice thing that DT Swiss pioneered back when they were DT Hugi a zillion years ago is that the hubs can be pulled apart and serviced tool free. You technically don’t even need to remove your cassette to service the engagement parts. 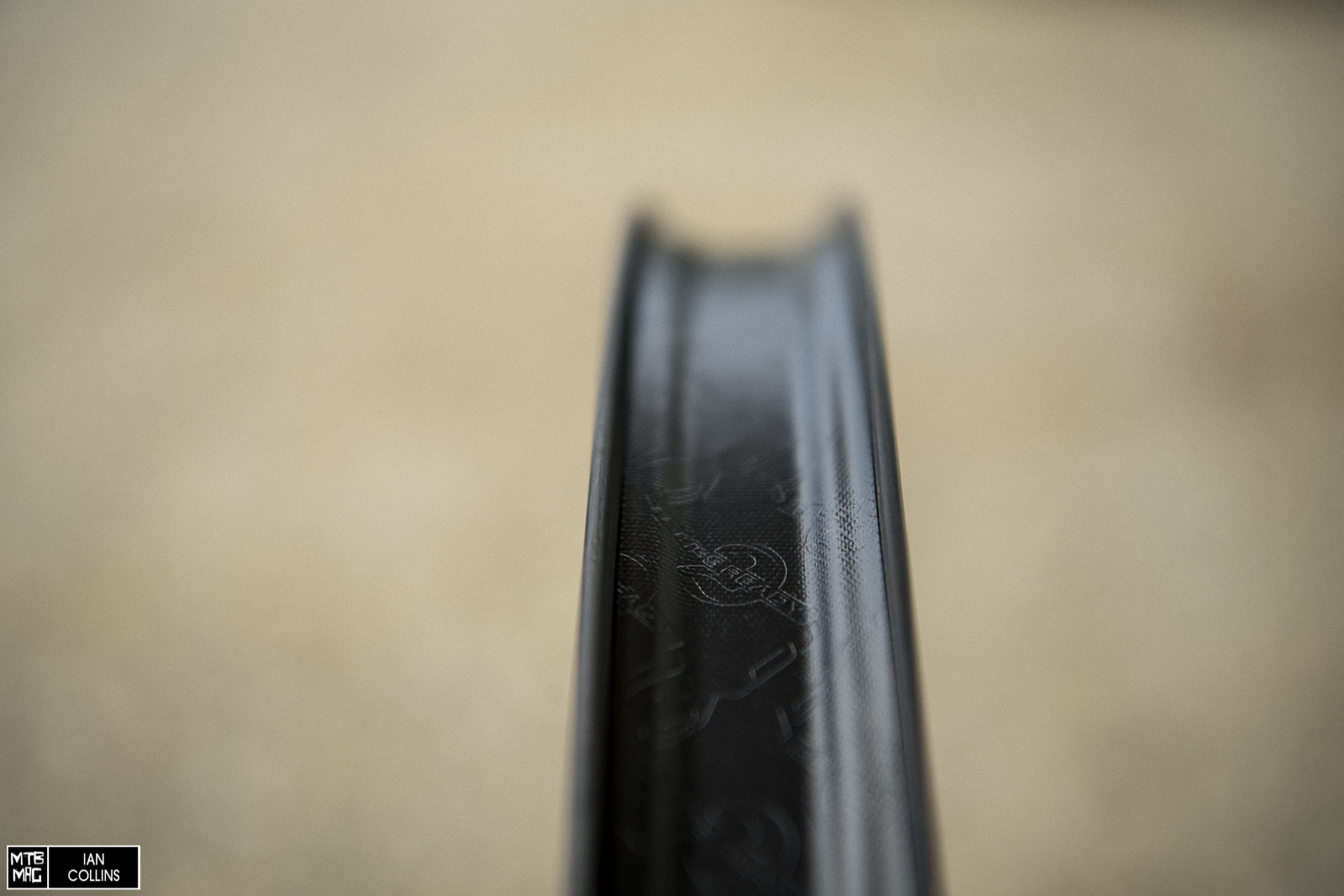 The rim continues to sport a zero bead hook design – something Roval deserves credit for as they initially pushed it into the market. This makes for a stronger rim under impact, and seals up just as well as hooked designs. 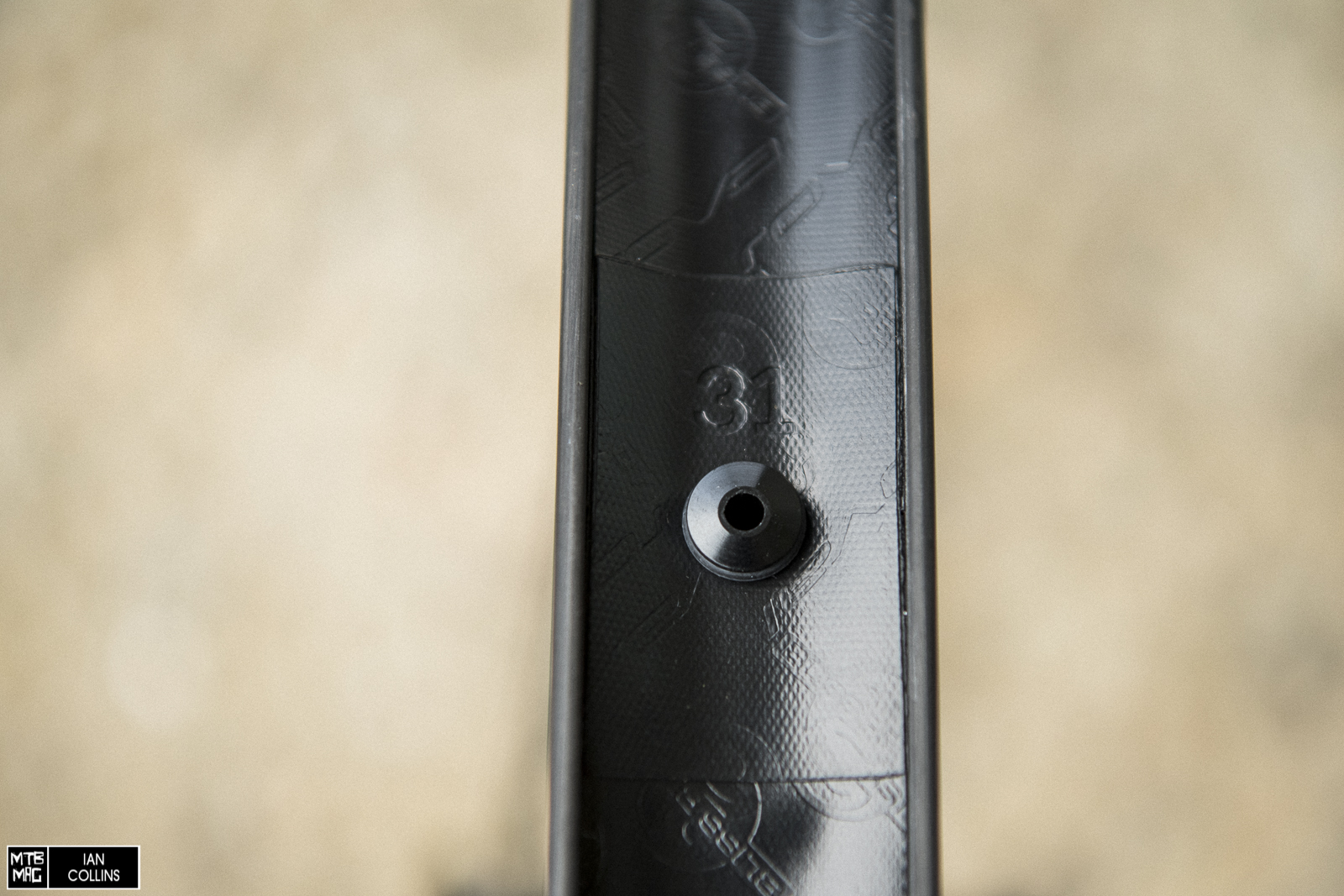 Traverse SL wheelsets ship with tubeless valves and pre-installed rim tape. Interestingly, we replaced it with this rim tape and saved roughly 60 grams. In either case, the tubeless setup was easy as pie and made for pain free air ups with a floor pump.

Early on in my testing I noticed a minor increase in stiffness all around with the new Traverse SL. More spokes (28 up front now as opposed to 24) that are thicker and laid out in a more robust pattern will do that. Given how hard the average mountain biker is pushing the average trail/enduro bike these days, I feel that the updates were certainly merited. It could all be in my head, but I feel as if the new version is ever so slightly less compliant as well. This would make sense, logically, but it wasn’t slap in the face obvious and the wheels didn’t “ride rough” by any means. Overall, if I had to place the Traverse SL somewhere on a spectrum of compliance in the carbon wheel world, with Enve being stiffest and ZIPP being most compliant, I’d place them somewhere comfortably in the middle. 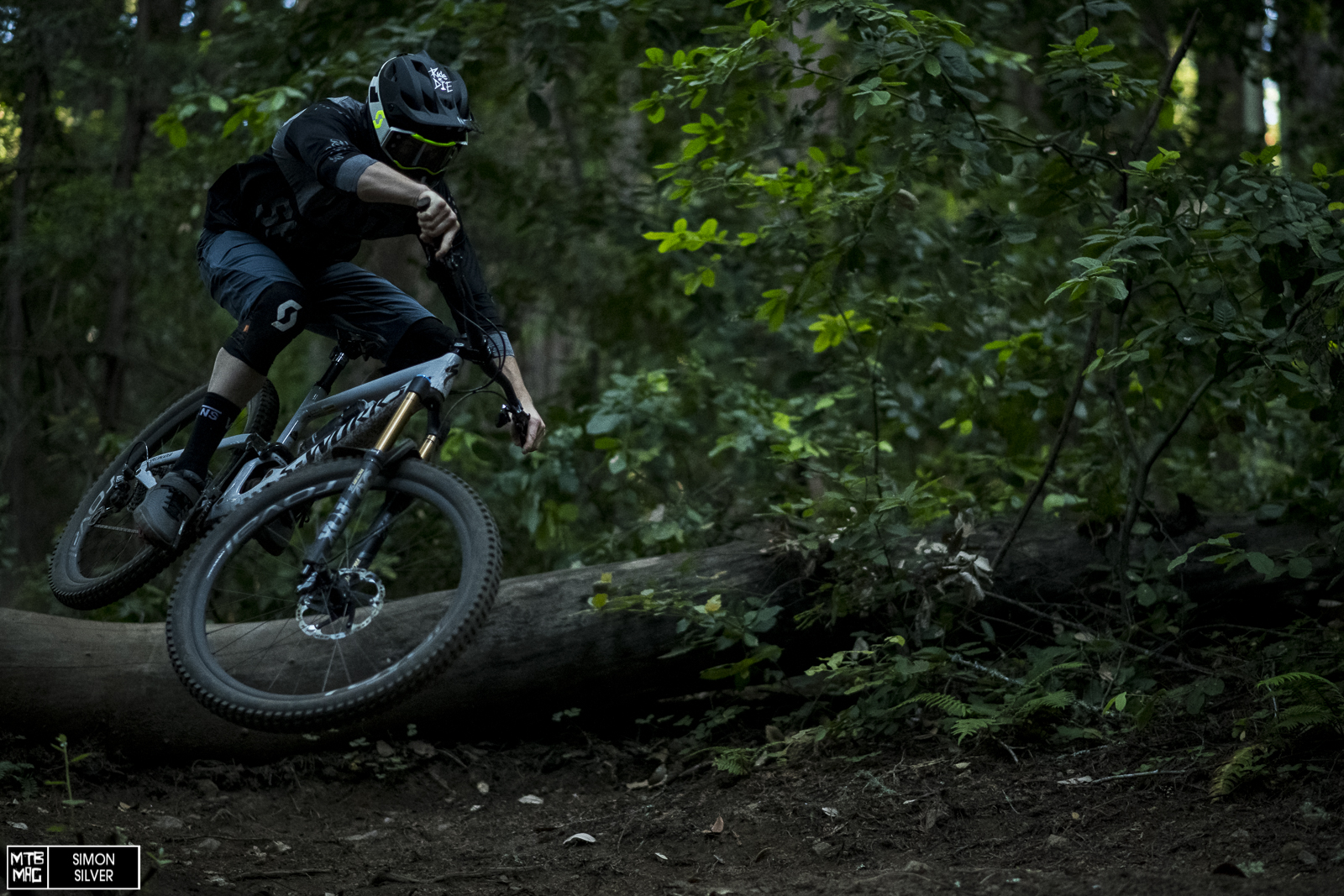 I’ve long been a fan of DT’s star ratchet system, and I definitely prefer the faster engaging 54 tooth version that’s spec’d in the SL version of these wheels. You can save $400 and get the standard Traverse Carbon wheels, but they do come with the slower engaging 36 tooth star ratchet. Another note on hubs is that the wheels ship with “Torque Cap” end caps, so you can find some additional stiffness in any Rockshox forks. Anyhow, at the heart of it all, the hubs were fantastic for the most part, although after a full winter with plenty of hosings, eventually one bearing gave way but was a relatively painless swap out. As far as service like this is concerned, know that Rovals are lifetime warranted and basic service can be handled through any Specialized dealer with relative ease. Anyhow, throughout the duration of my testing, I have not once had to touch a spoke wrench to these wheels for a truing or a re-tension, and they’ve remained straight, true and perfectly dished. Although it’s not something that one could perceptibly feel on trail, from a structural standpoint I do think step flanges are a good idea. They should help relieve unnecessary stress on the spokes while improving the wheel’s overall integrity. On that note, personally, I didn’t break a single spoke – were step flanges the reason? Who knows, but they’re a step in the right direction in terms of design…No pun intended. Lastly, as mentioned before, the 30mm inner diameter rim width is spot on. It provides an excellent tire footprint for optimum traction and carcass support, so you won’t be rolling your tires in the turns. At least that goes for most tires in the 2.3″-2.6″ width anyway…If you ride “Plus” tires, consider that Roval makes wheels with 38mm inner diameter rims for them.

In summary Roval continues to offer damn good wheels at each price point. With the Traverse SL there is no single eye catching “game changer” feature – rather, they’re strong, light, reasonably priced and very well thought out. They picked up just shy of 200 grams compared to their last iteration, but personally I think it was well warranted as it came with stronger spokes, brass nipples and improved integrity. Their rims offer an excellent on trail feel and at the heart of it all, the hubs are consistently good. I can’t knock them too hard for needing a new bearing after the abuse I put them through. In terms of overall value, $1,600 isn’t cheap, but you can certainly spend more on carbon wheels without trying too hard. If SL version is just North of your budget, consider the standard Traverse carbon for $1,200 – they still roll on DT hubs and have the same on-trail feel. Pro tip: you can pop the 54 tooth star ratchet in for around $ 100 and still save about $ 300 overall.