For the last few months I’ve spent some time on the Roval Control Carbon wheels on both a Transition Spur and a Stumpjumper EVO, with the latter pushing the limits the wheelset’s duty rating. A while back I tested a set of freakishly light Control SL Carbon wheels from Roval Components. Since that time the brand released a set that, while still being impressively light, is tilted a little more toward the aggressive XC/trail crowd than XC race. While the price drops significantly, the spoke count goes up and the price: quality ratio becomes substantially more attractive. Read on to see how they’ve fared… 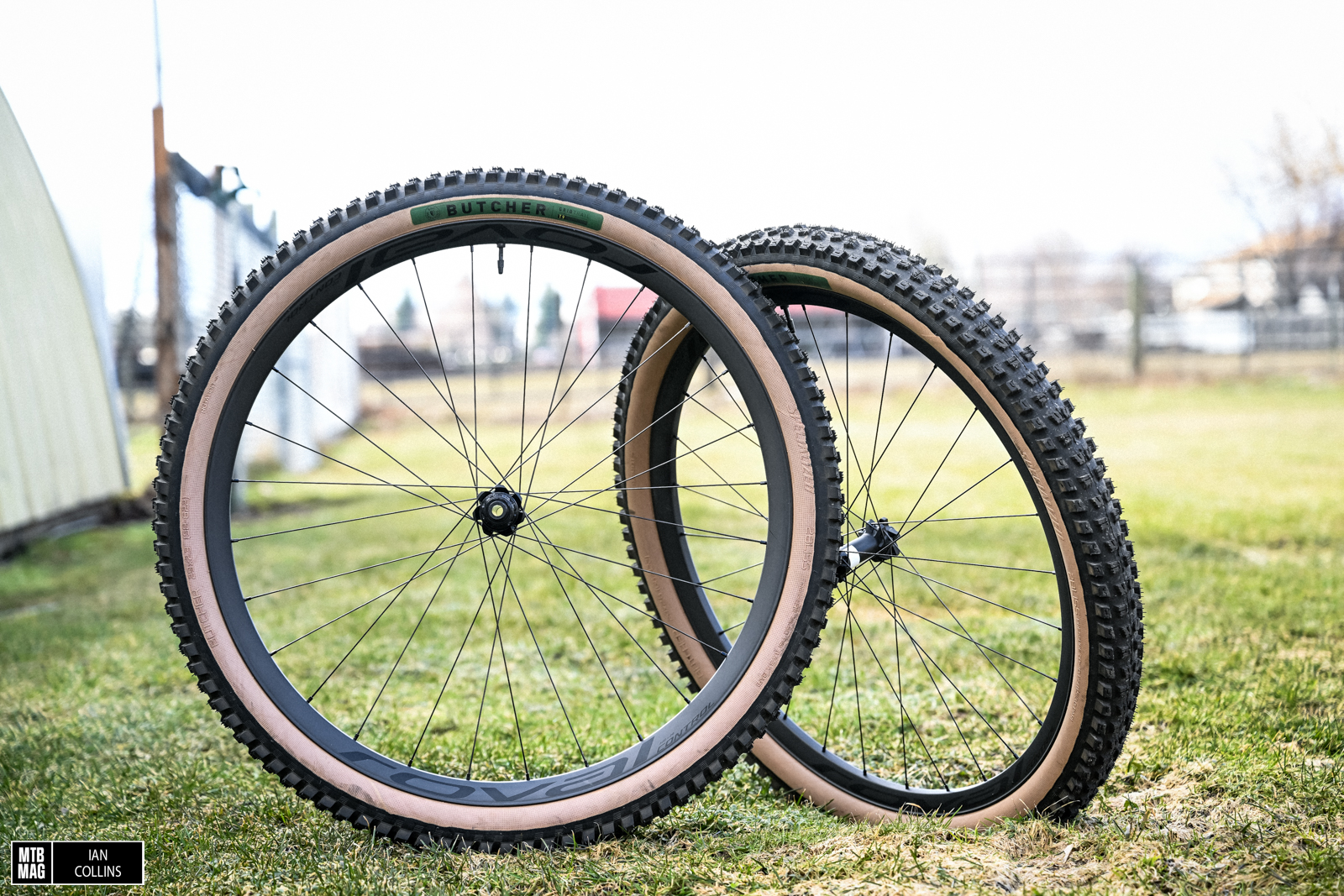 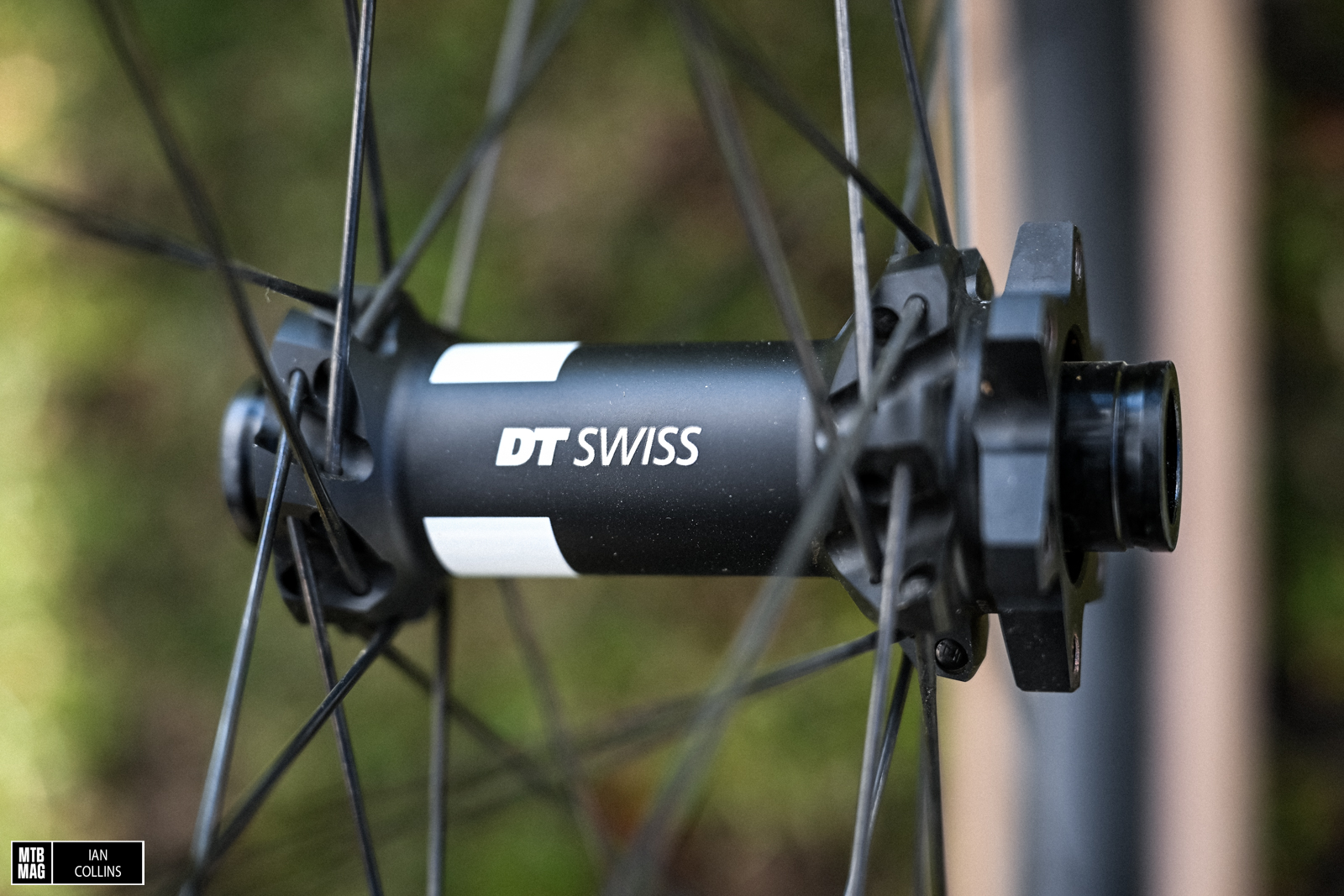 While Roval has long leaned on DT Swiss for internal parts, engagement mechanisms, drivers and other hub parts, the Control Carbon fully utilizes a DT Swiss 350 hubset front and rear. 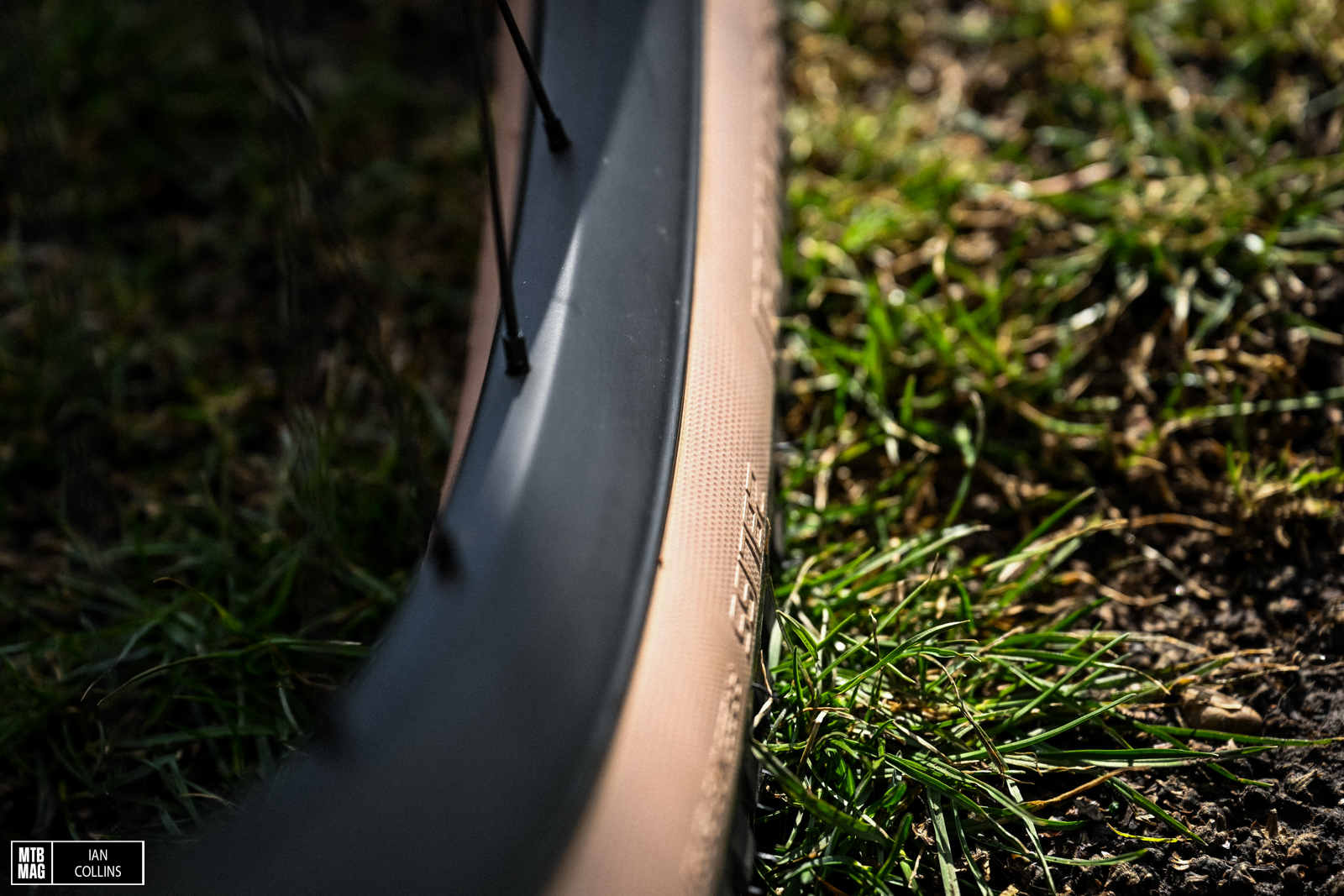 The rims are the same offering as the Control SL, but drilled for 28 holes as opposed to 24, which makes for a stiffer and more robust wheel. One of the best aspects of these rims are their “Flat Top” bead wall, which have a very broad 4mm width. Looking closely above you can see the rim flares out where it meets the tire bead. This approach lowers the likelihood of suffering a pinch flats since a wider surface as blunt trailside objects have a harder time cutting through a tire against a wider surface. 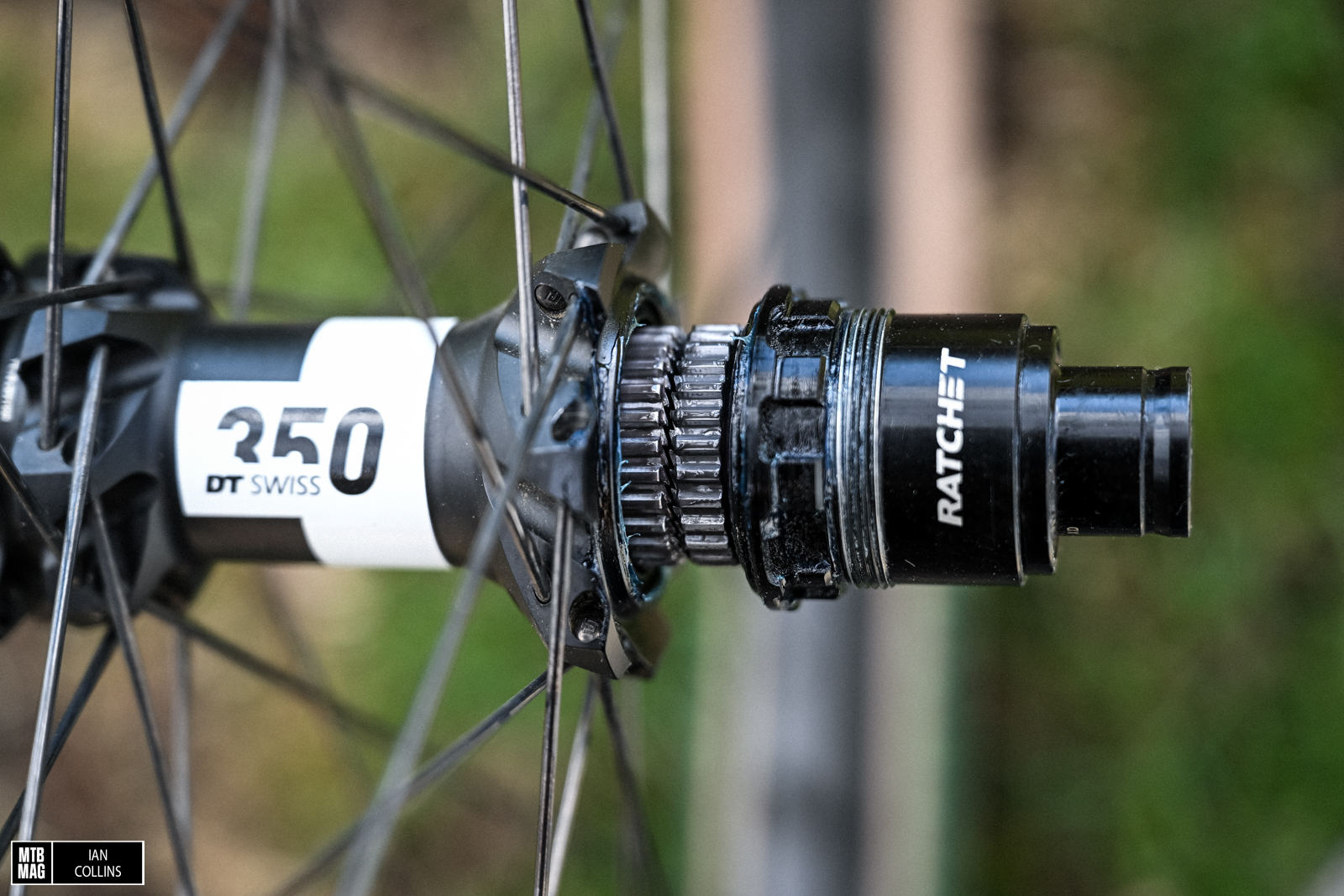 The 350 hubs use DT’s classic star ratchet system with 36 teeth for a relatively fast engagement of 10º. Users could opt to upgrade to the faster 54T setup for a bit north of $100. In any case, maintenance on the hub is mindlessly easy as you can disassemble, clean, repack and reassemble them by hand. Roval only offers the Control Carbon with a SRAM XD driver, but you can get ahold of an HG or Microspline driver via DT Swiss should your drivetrain require one. Both front and rear, the rims themselves feature an asymmetric design for reduced dish and a stronger wheel build. The Control Carbon wheels are available only with a six bolt brake mount and straight pull DT Swiss Competition Race spokes which are double butted at at 2.0 and 1.6mm. Props to Specialized for not cutting corners and opting to spec high grade spokes and equally high performance Pro Lock nipples. That said, if you’re dead set on J-bends and/or a Centerlock brake interface you’ll have to look elsewhere…

Out of the gate, I found that the ride characteristics of the Control Carbon wheelset were proportionally in line with their more rugged duty rating as compared to the Control SL. While they roll on the same exact rims and thus exhibit a similar ride quality in terms of damping, the taller hub flanges/shorter spokes and increased spoke count bumped up the side to side stiffness by just the right amount. These wheels can be pushed substantially harder than their lighter weight counterparts. I wouldn’t rate this wheelset as ultra stiff, nor would I put it in the same category as something like a Zipp or Crankbrothers Synthesis which have a clear aim of reducing vibration. Rather, they land right in the middle, which was fine by me. Throughout my time of testing I rode both a set of XC tires as well as a combo of a 2.6″ front / 2.3″ rear Butcher. I found the rim width to be supportive of both offerings and up to the task on each end of the spectrum. It’s also worth noting that I didn’t manage to incur a single pinch flat during my time of testing. For what it’s worth, I don’t flat all that often but I did venture down into the low 20 PSI range with tire casings that aren’t exactly heavy duty. That could be read as a proof of concept regarding the extra wide Flat Top bead walls and their ability to ward off punctures. 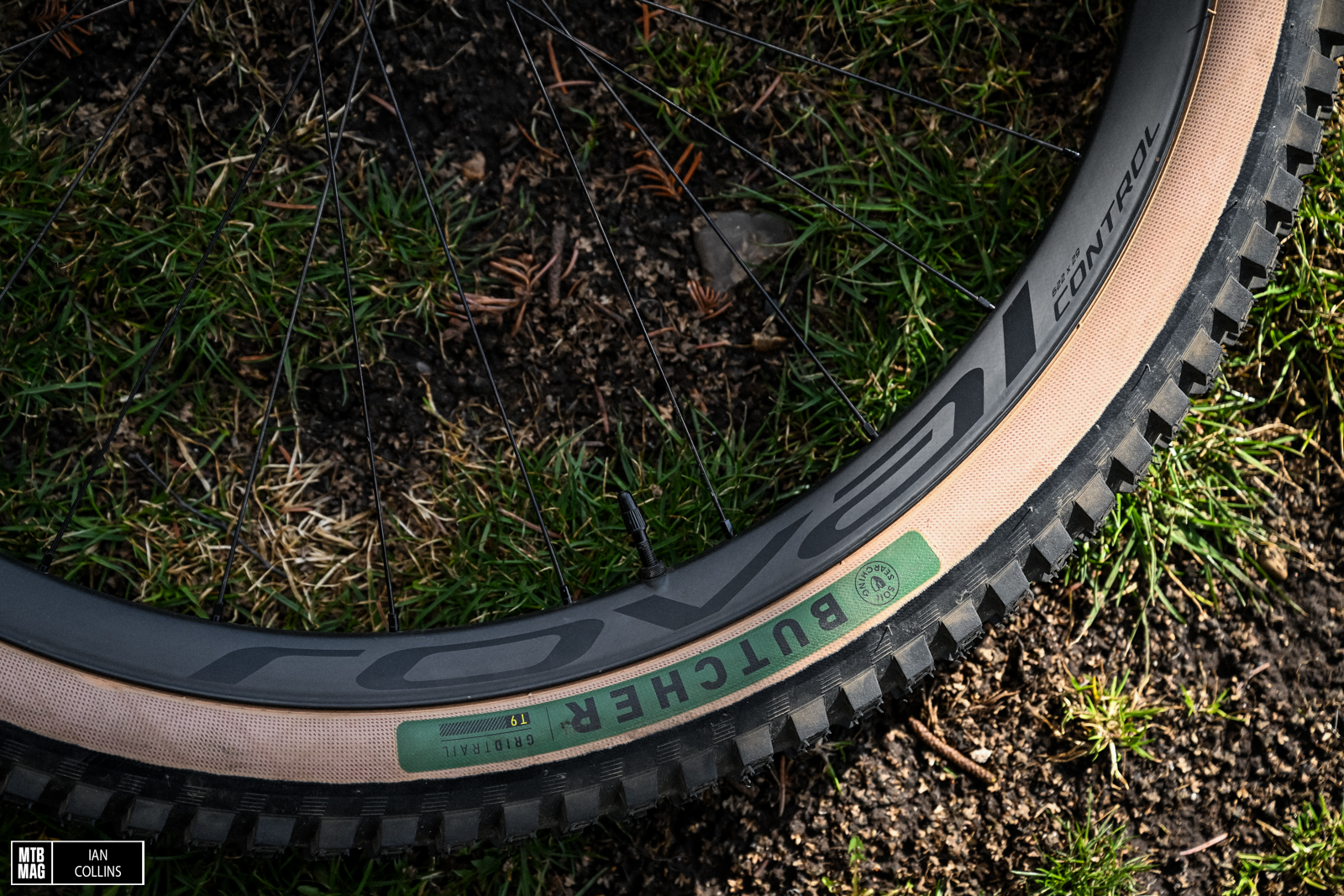 As far as the performance of the hubs was concerned, I have nothing but good things to say and it doesn’t surprise me one bit that my experience with the DT Swiss hubs at the heart of these wheels was an afterthought. After all – who wants to be thinking about their hubs while riding? The engagement was fast enough for me, but I could see how some riders would want a quicker bite and as mentioned earlier, that is a reasonable upgrade for a fairly attainable price. While the Roval Control Carbon wheelset uses different spoke lengths from side to side, they don’t ship with spares. With that said, the spoke lengths only vary by a couple of millimeters and thus you could reasonably just keep a couple of extra spokes around in one size and be able to swap them easily in the event of a break.

At the end of the day, the Control Carbons pack in a very high value offering at just $1,350. Yes that is still a decent chunk of coin for a set of wheels, but for a lifetime warranted option rolling on high end hubs with fantastically well thought out carbon fiber rims it is a great value. They boast an excellent ride quality, are very light weight and are easy to service. Overall they’re an excellent set of wheels and I can’t think of a single downside to them.