In June, Specialized sent us some of their all new XC tires , which have been redesigned from the ground up. Built around their new and vastly improved “T” series rubber compound, I’ve been running the most heavy duty of the three options – the Ground Control T7 – ​​front and rear on my Transition Spur for the last few months. With a firmer T5 and a softer T9 on either side of it on the gush spectrum, the T7 rubber aims to strike a nice balance between traction, rolling efficiency and durability. Read on to see how it’s been performing … 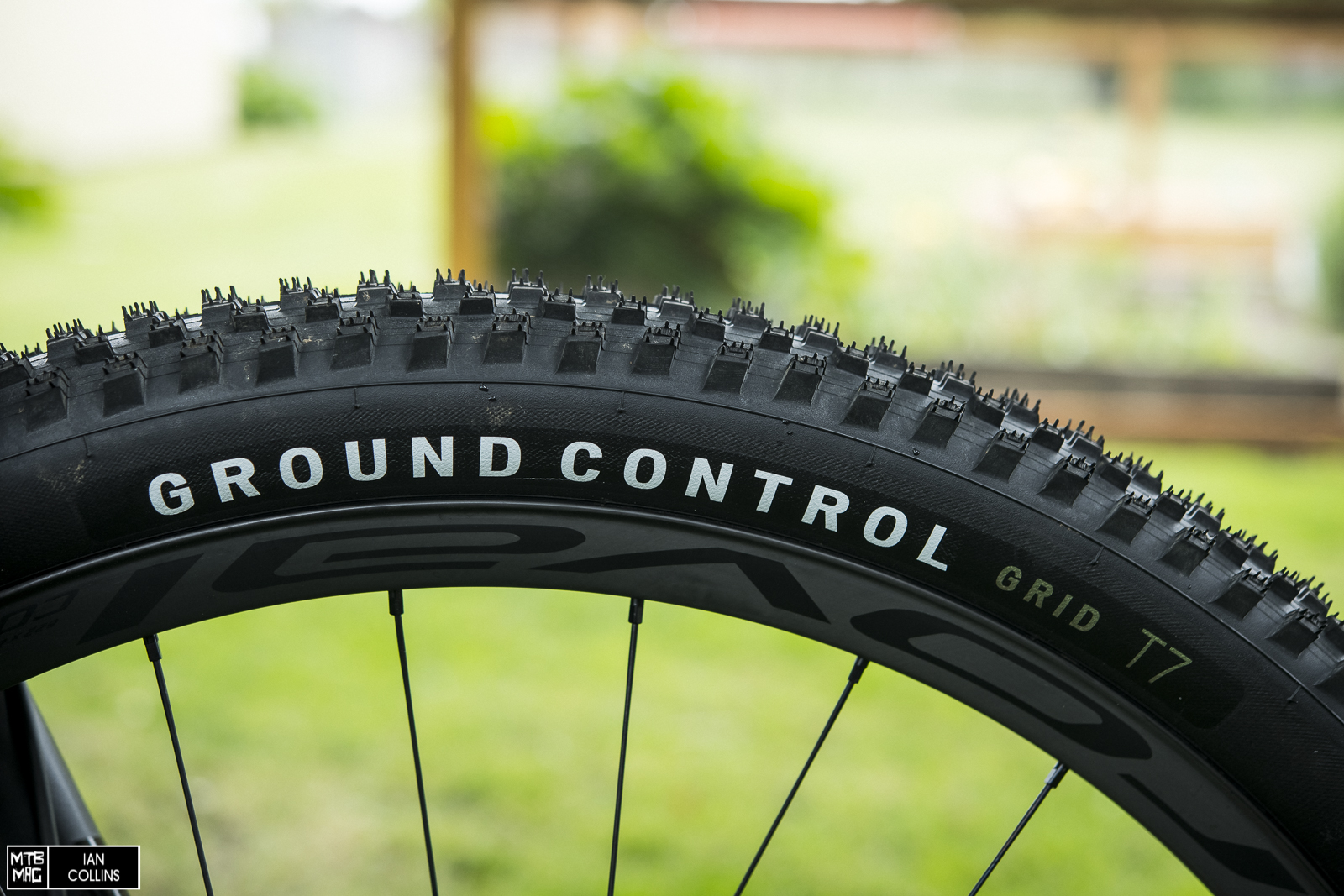 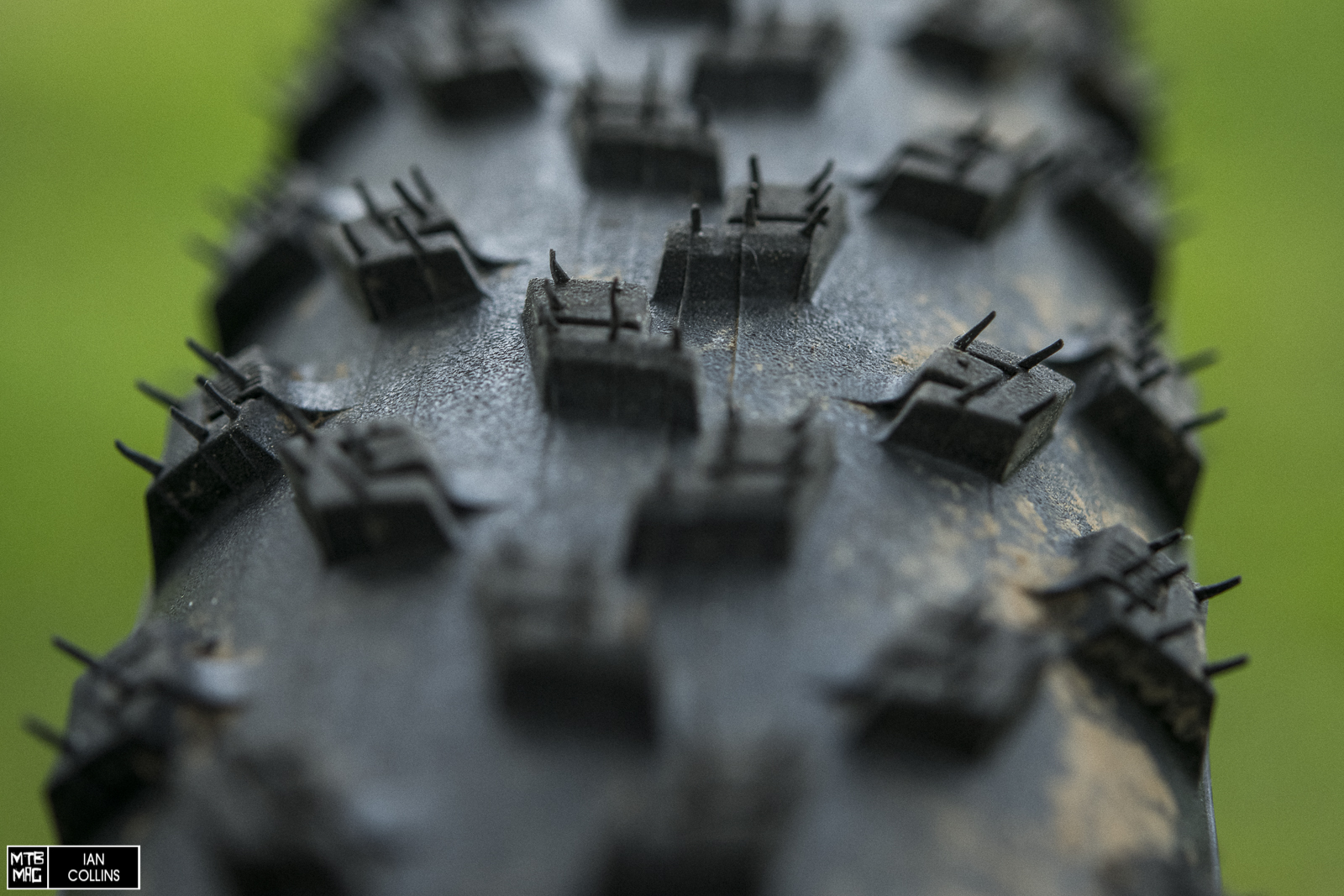 Much like in its last iteration, the Ground Control takes on a very unique tread pattern with interesting knob shapes that are abundant, highly varied and full of siping. The overall profile leans toward the rounder side of things, but not in a drastic way. 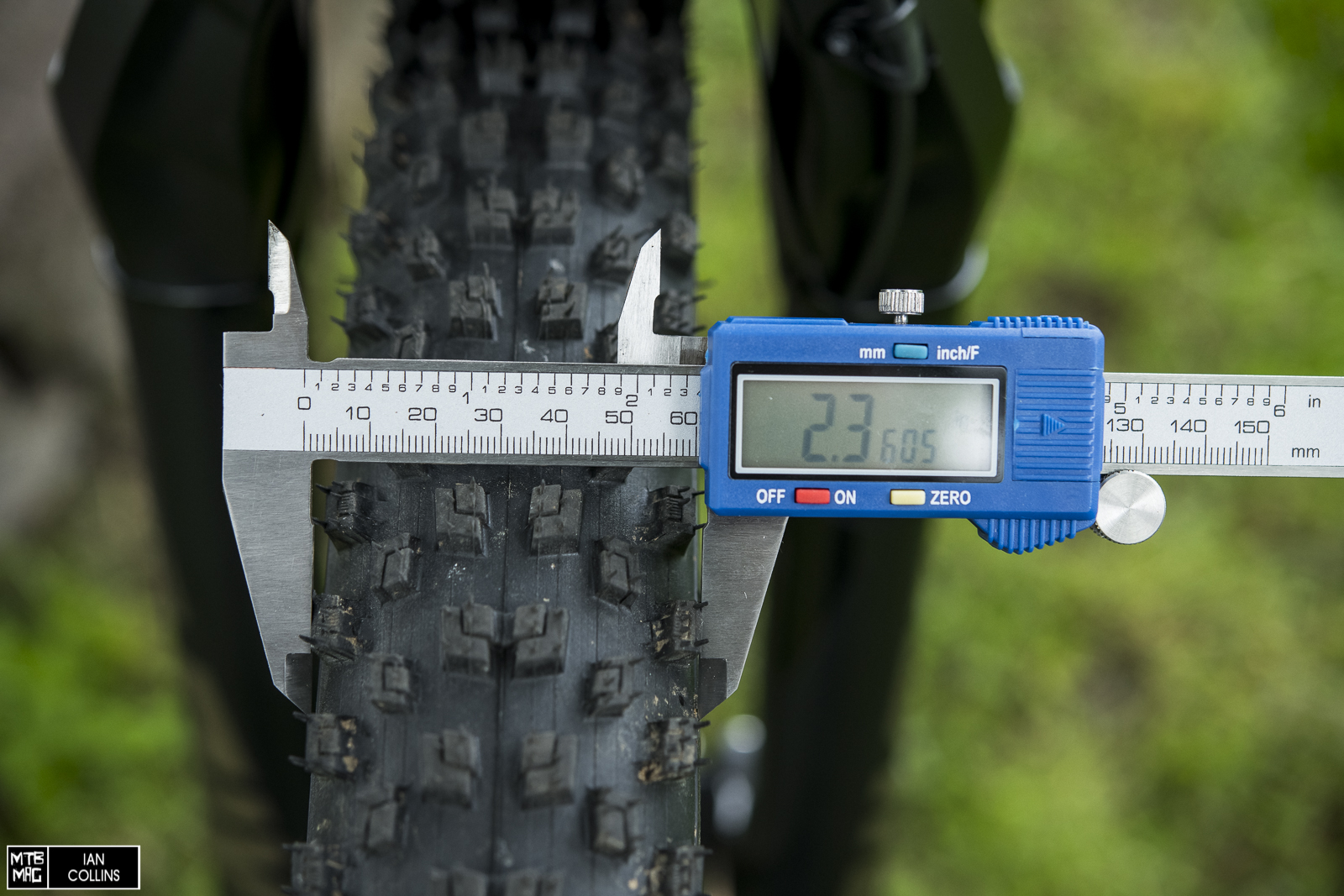 Splitting hairs – at 30PSI on a 29mm inner diameter rim, the width was pretty darn close to bang on accurate. 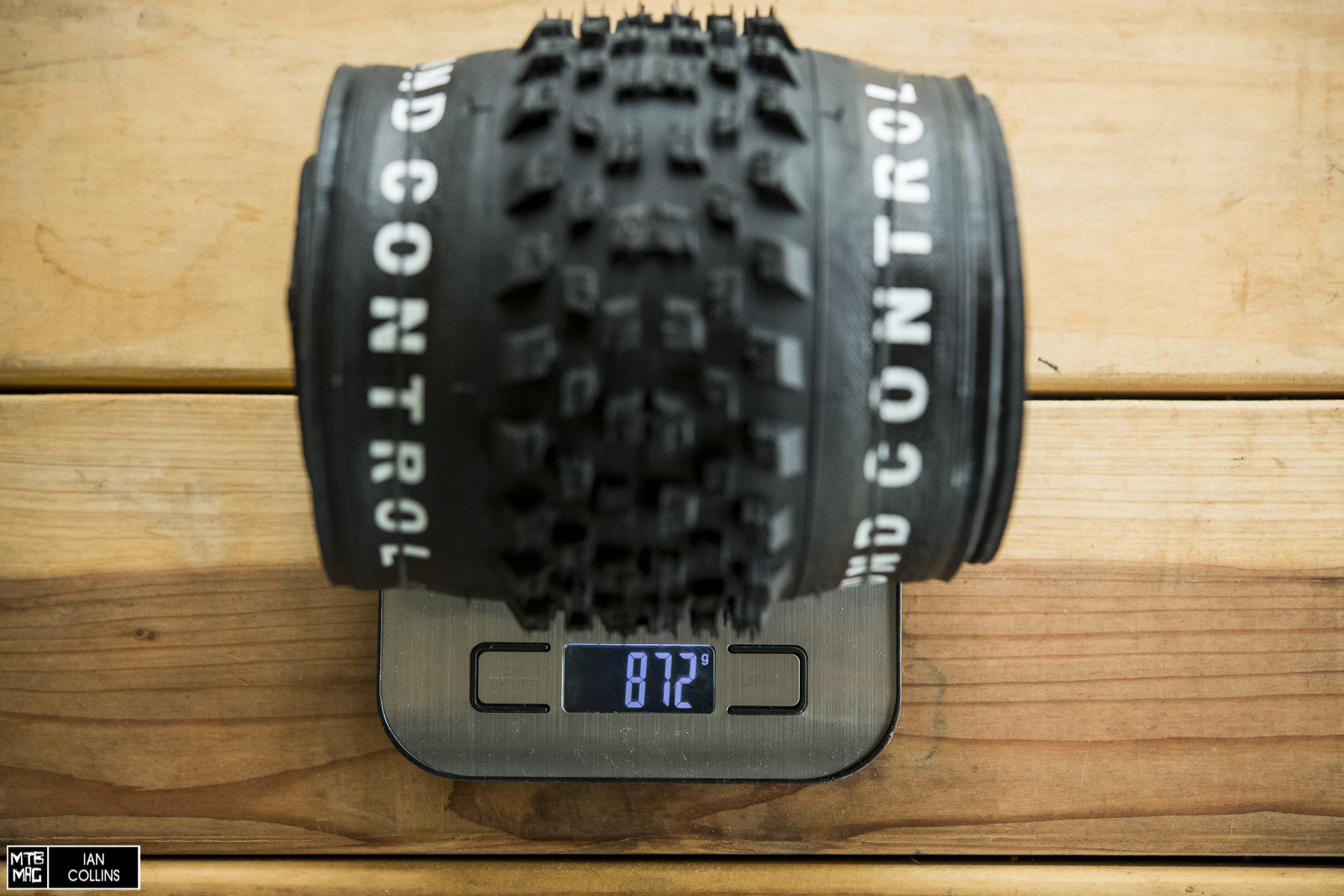 At 872 grams, the Ground Control lands on the meatier side of things for an XC/Trail tire. However, the casing is fairly burly for its duty rating and the knobs are plentiful, meaning that while they do add weight, they also increase control.

To be quite honest, upon first glance I wasn’t quite sure what to think of the new Ground Controls. Having a gaggle knobs that aren’t all that widely spaced apart, my initial instincts were that they likely wouldn’t perform all that well in loose conditions. However, an extremely dry summer in the PNW provided a plenty of unstable ground to prove that assumption untrue and I found them surprisingly good outside of uniform terrain and hardpack surfaces. I think one way that the tires were able to garner some extra bite was in the fact that I was comfortable running them down into the low to mid 20 PSI range. This is mainly due to the fairly robust casing, which does come with the obvious tradeoff of added weight compared to its lighter duty counterparts. With that in mind, the Ground Control has the heaviest duty rating out of all of the new crop of XC tires from Specialized – largely because it’s the one tire aimed at bridging the XC and Trail categories. In any case, despite running them at fairly low pressures in loose and rocky terrain throughout the Summer, I haven’t managed a single flat. On the topic of conditions, I’ve yet to ride these in all out mud, but I have ridden them in wet conditions and they were at least as impressive as they were in the dry. If I had to summarize them, I would say that it’s a very well balanced tire that neither lacks nor screams performance in any one particular realm. Climbing, braking and cornering were all managed very confidently. 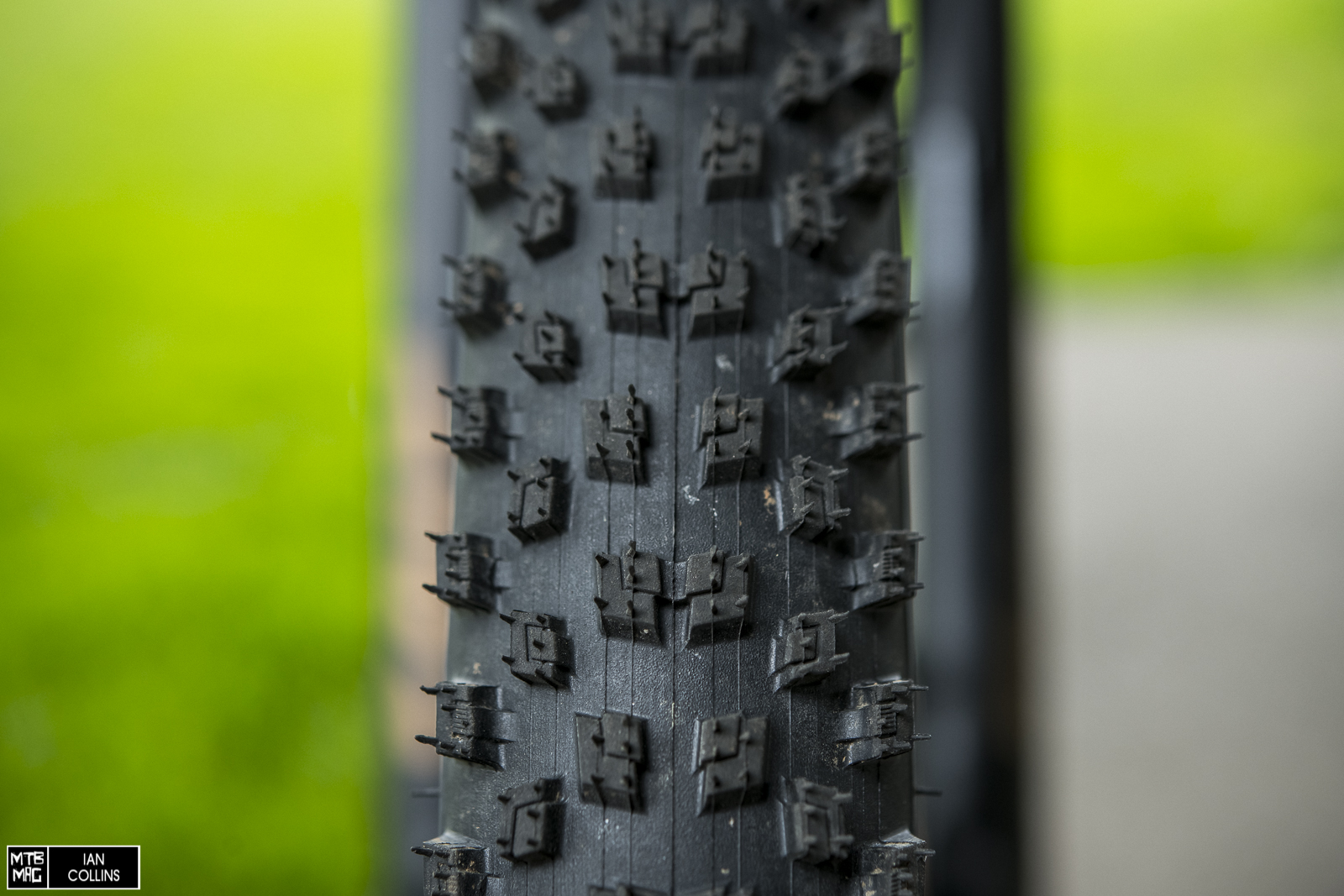 True to form the Ground Controls also rolled admirably fast and wore very well. Over time, the wear surfaces showed slow and steady degradation, but nothing that would indicate premature tearing or unusually fast wear. As far as the G7 rubber compound is concerned, I feel it’s very much appropriate for this tire and category. Interestingly I thought I might find T7 to be a touch on the firm side based on my findings with the trail/Enduro offerings that I tested recently. Again, I was proved wrong and I suspect that may be due to the smaller knob size, which allowed them to squirm more than I anticipated. Additionally, their varied shape, numerous unique surfaces and the abundance of siping likely helped the knobs give a bit more and conform to terrain as needed.

All in all, I’ve found the Ground Controls to be an excellent tire with a very broad range of applications. On a trail bike it would work very nicely out back, paired with a Butcher or Eliminator up front. On a “downcountry” bike like the Transition Spur I tested them on, they’d be more than surefooted as a pair in most conditions. The same could be said for XC race scenarios in more rugged than usual terrain. Lastly, it could work nicely as a front tire with one of the new, faster rolling offerings out back. All in all, I’ve been surprised by the traction and puncture resistance that the Ground Controls have on tap – yet another solid effort from Specialized. They’ve been on a roll lately in the tire department.