With Mathias Flückiger securing the world cup victory thanks to his short track finish on Friday, the last race of the season became a lap of honor for the Swiss after a few minutes, due to a puncture in the rear tire. 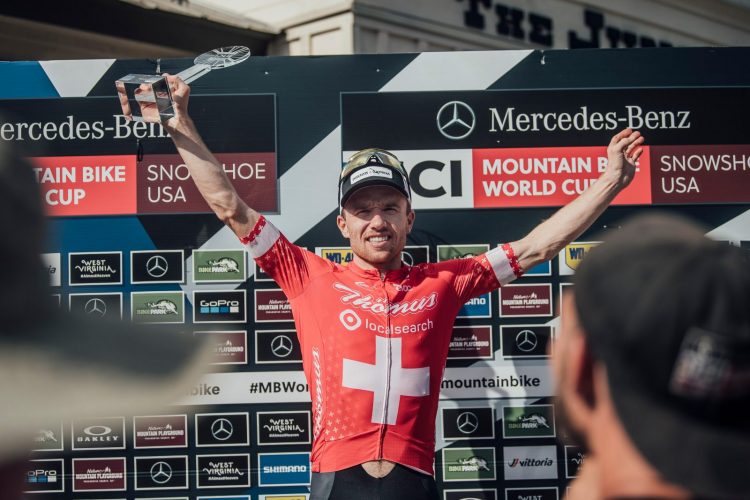 On the third lap it was Koretzky’s turn: a puncture in the front. The Frenchman even covered some stretches of the track in wheelies to get to the tech zone as soon as possible, but in the meantime the real question of the day had become whether Schurter could manage to equal Absalon’s record for world cup victories: 33. So in reality the two most dangerous competitors were practically offside. 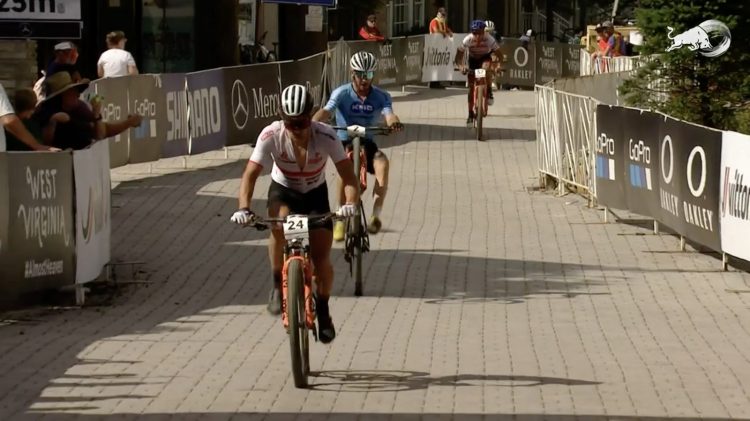 A group of half a dozen riders, including Luca Braidot, lead the race until the last lap, when Schurter starts sprinting to see who can get behind him. 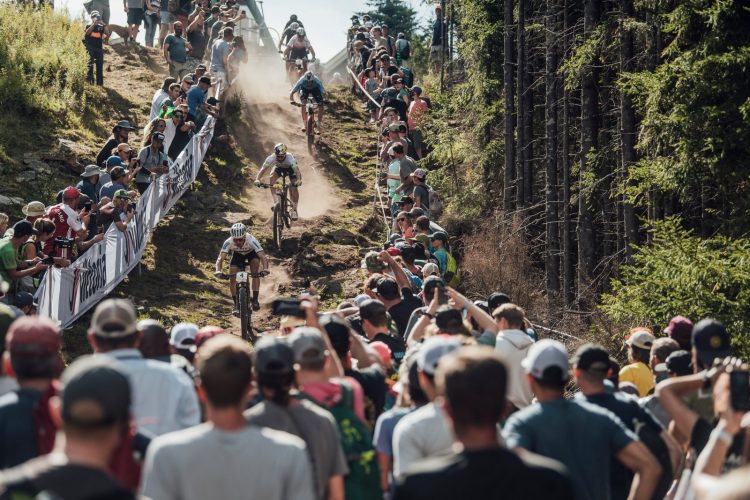 And then the big surprise: the Short Track world champion, Christopher Blevins, sprints and leaves everyone behind, including a Nino Schurter who finds himself with a flat front tire. Dascalu, last year’s U23 world champion, finished second, Cink third, Schurter fourth and Luca Braidot fifth, visibly happy. 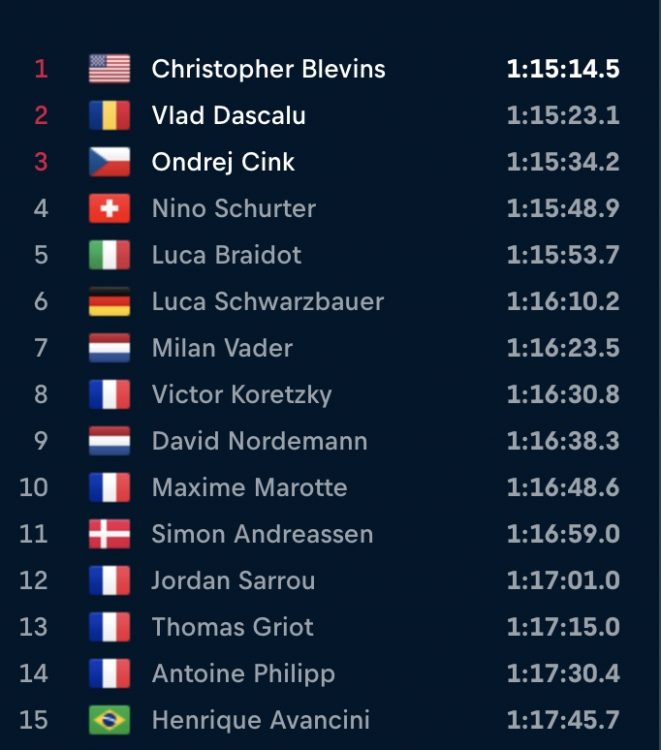 Avancini crosses the finish line with only the front wheel on the rim. 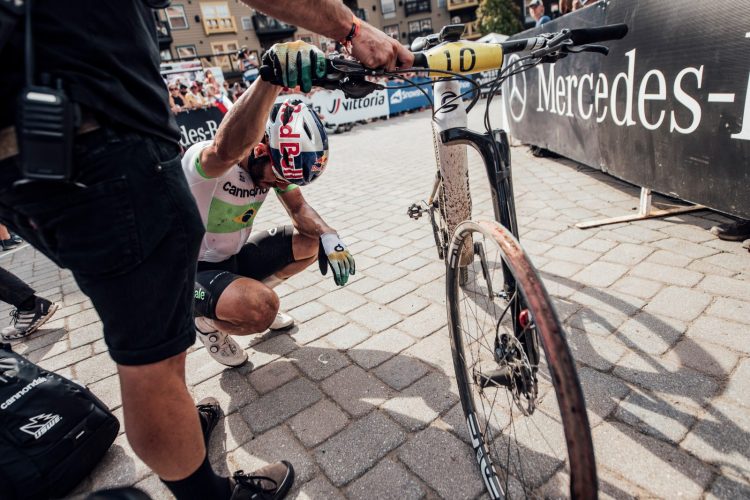 The last race of the season ends with the third consecutive victory of the world champion Evie Richards, followed by Rebecca McConnell, held back by an unfortunate puncture during the first lap. 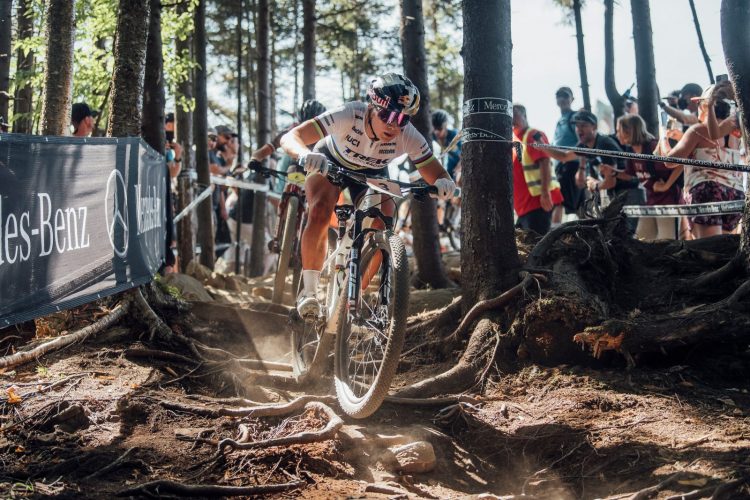 The overall race for the world cup was already in the bag, with the French Lecomte already victorious thanks to her resounding start of the season, during which she collected 4 consecutive victories, before falling ill with Covid and not being able to get back in the best shape. 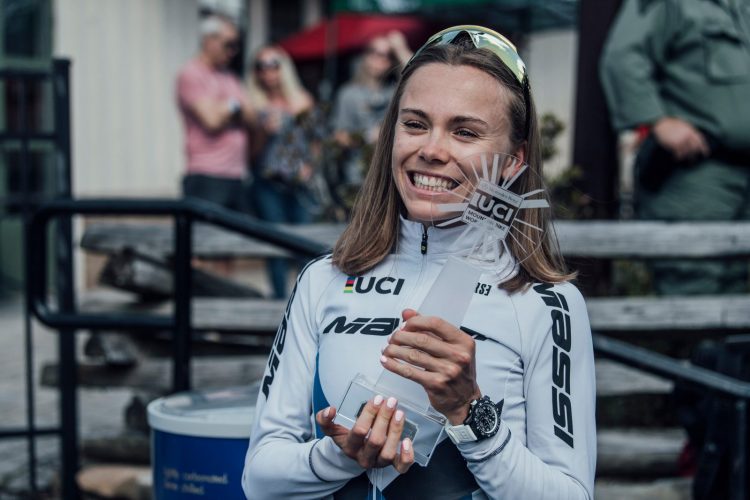