Snowshoe today hosted the first of two races scheduled for this week in the US which will close out the 2021 UCI DH World Cup season. The athletes therefore had to manage their energies in anticipation of a double header with no rest day as tomorrow will will be back on track for free practice in race #2. The track, on the other hand, is physically demanding considering the numerous very rough and not always particularly steep sections that force athletes to push hard physically in order to maintain speed as much as possible. Furthermore, the track does not allow for much in the way of creative line choice, so there were no sensational twists on race day.

Former world champion Reece Wilson returned to the top step of the podium, a first for him in the World Cup, managing a difficult race with precision and consistency all along the track. A deserved victory that earned him the bump up to fourth place in the overall standings. 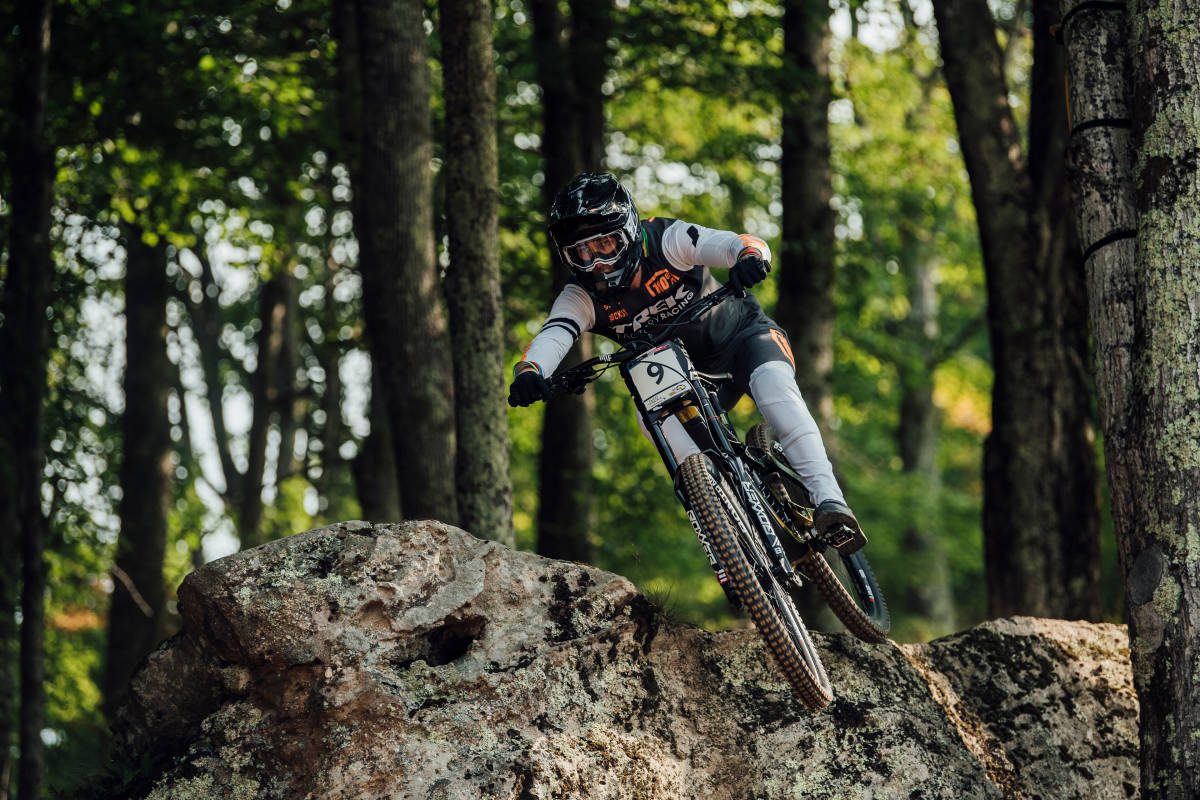 Loïc Bruni sat in the hot seat for a long time before Wilson’s arrival and was probably starting to look forward to victory, on the other hand his run was almost flawless and the Briton beat him out by just 3 hundredths. 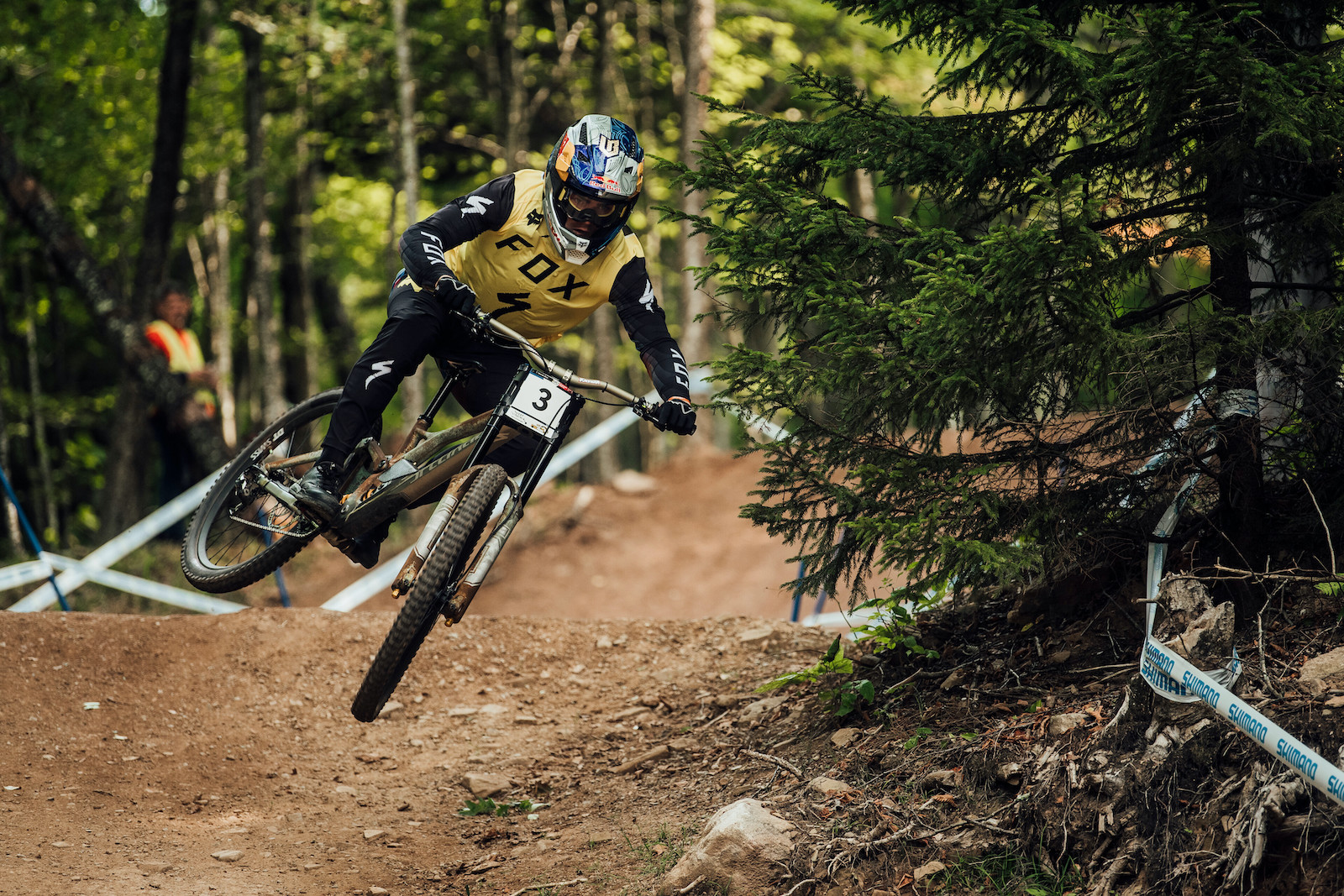 Third place for Loris Vergier, who after an uncertain start managed an excellent comeback, precise and focused, to finish just over half a second behind his teammate. 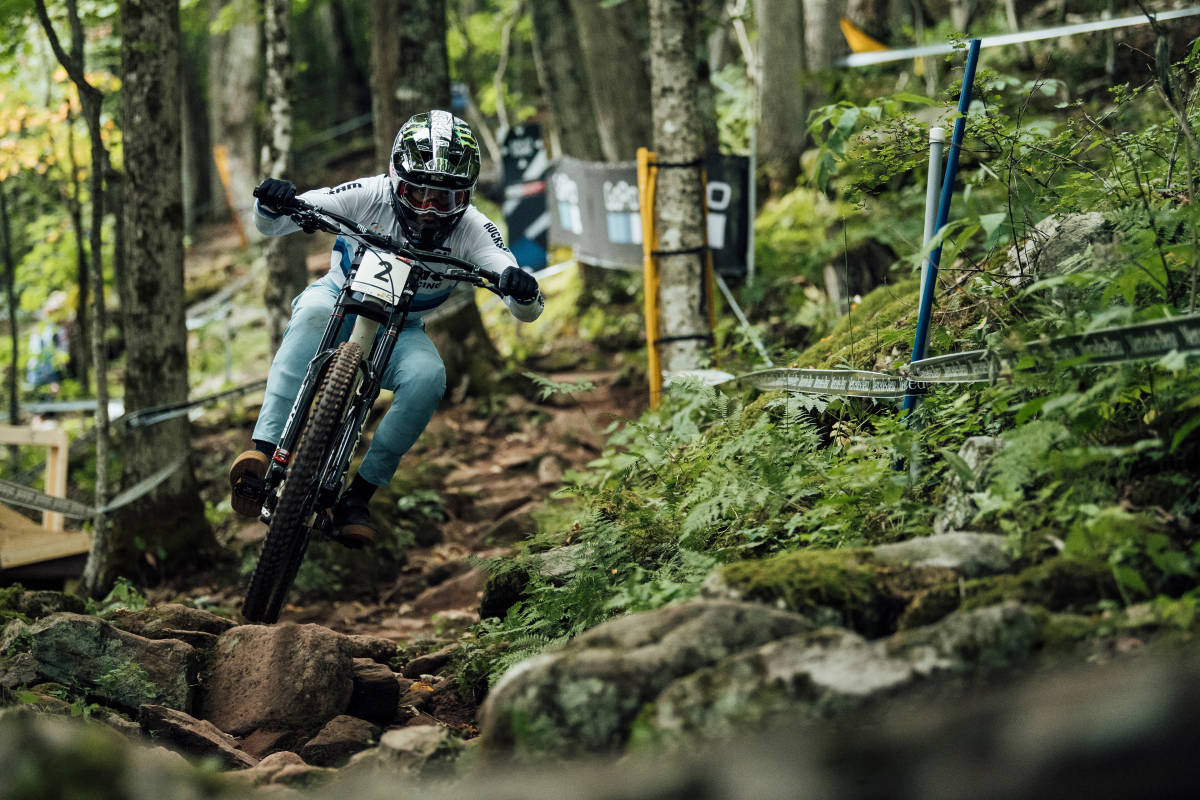 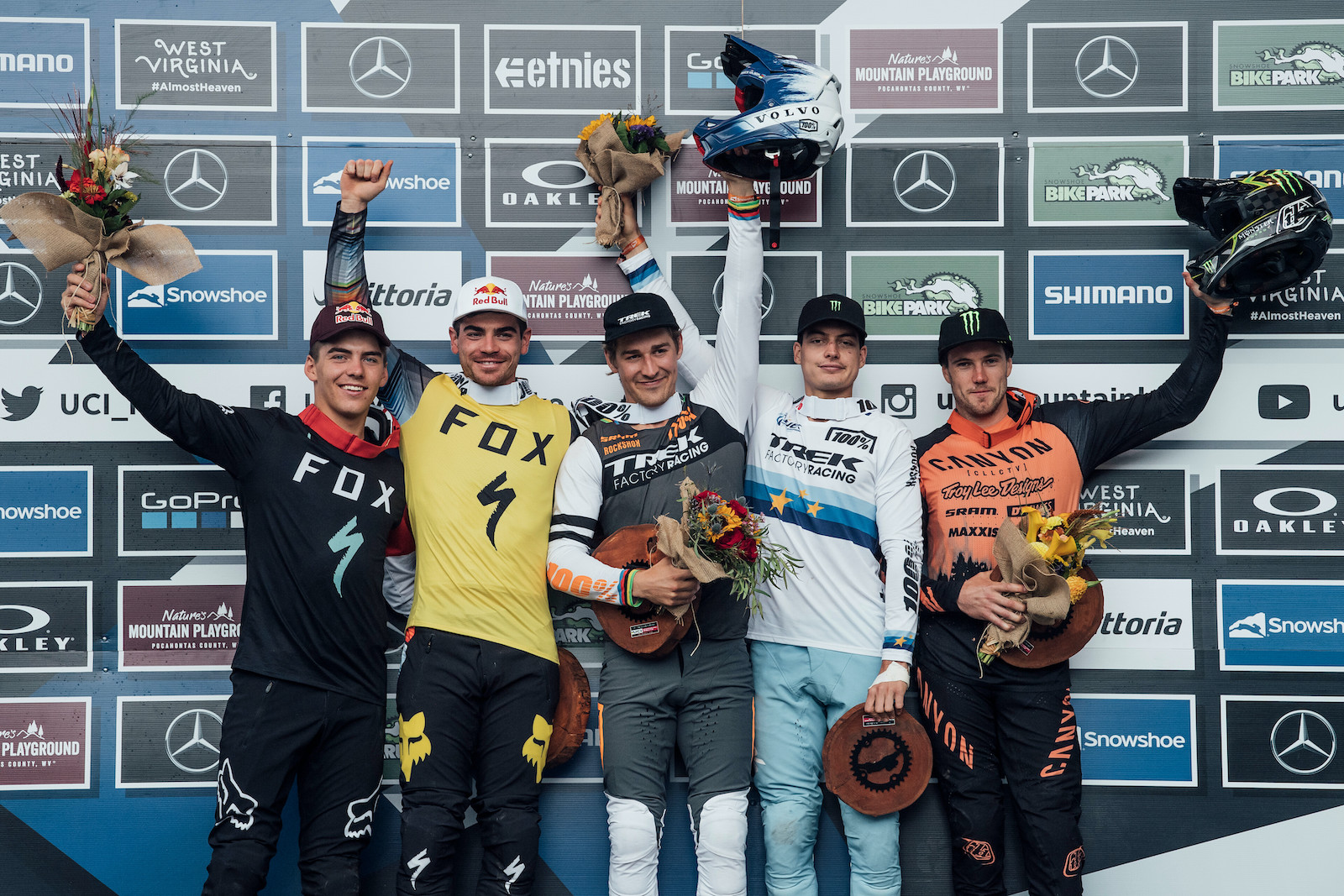 Dakotah Norton, US champion, missed the chance to get on the podium at his home race by just over a tenth of a second, landing in 6th. 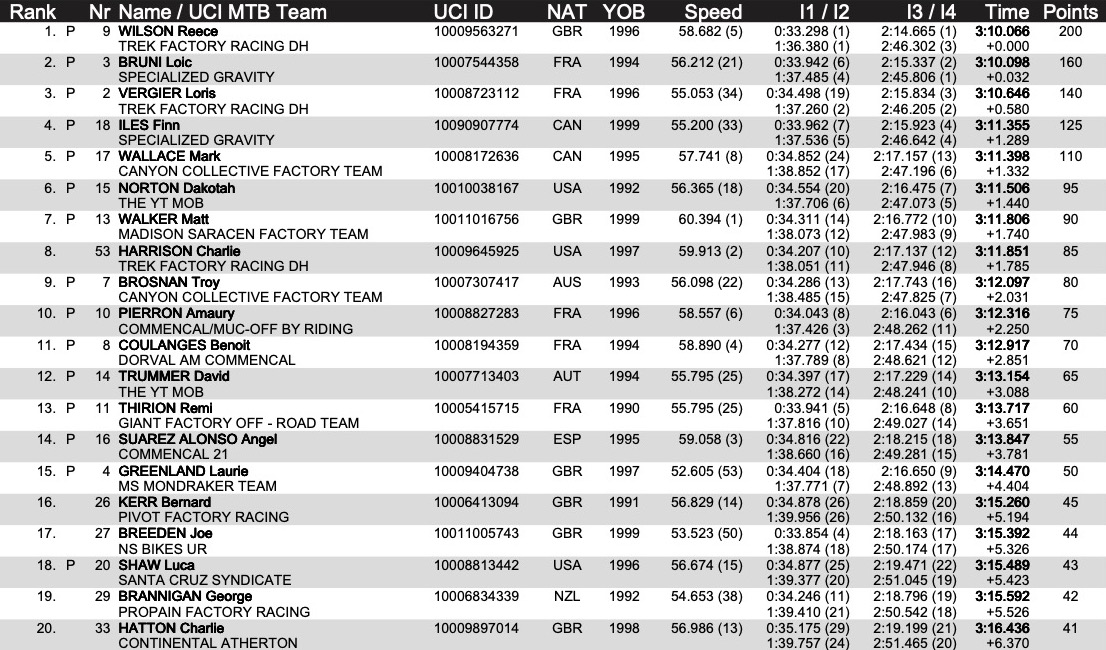 The race in the women’s category was not particularly intense either, at least not as intense as the finals of the previous stages. However, Valentina Höll would disagree, for whom today’s race was certainly to be framed, both for the quality of her run, and for the fact that she scored her first victory in the elite category, almost incredulous and very exciting. She also climbs to third place in the overall ranking. 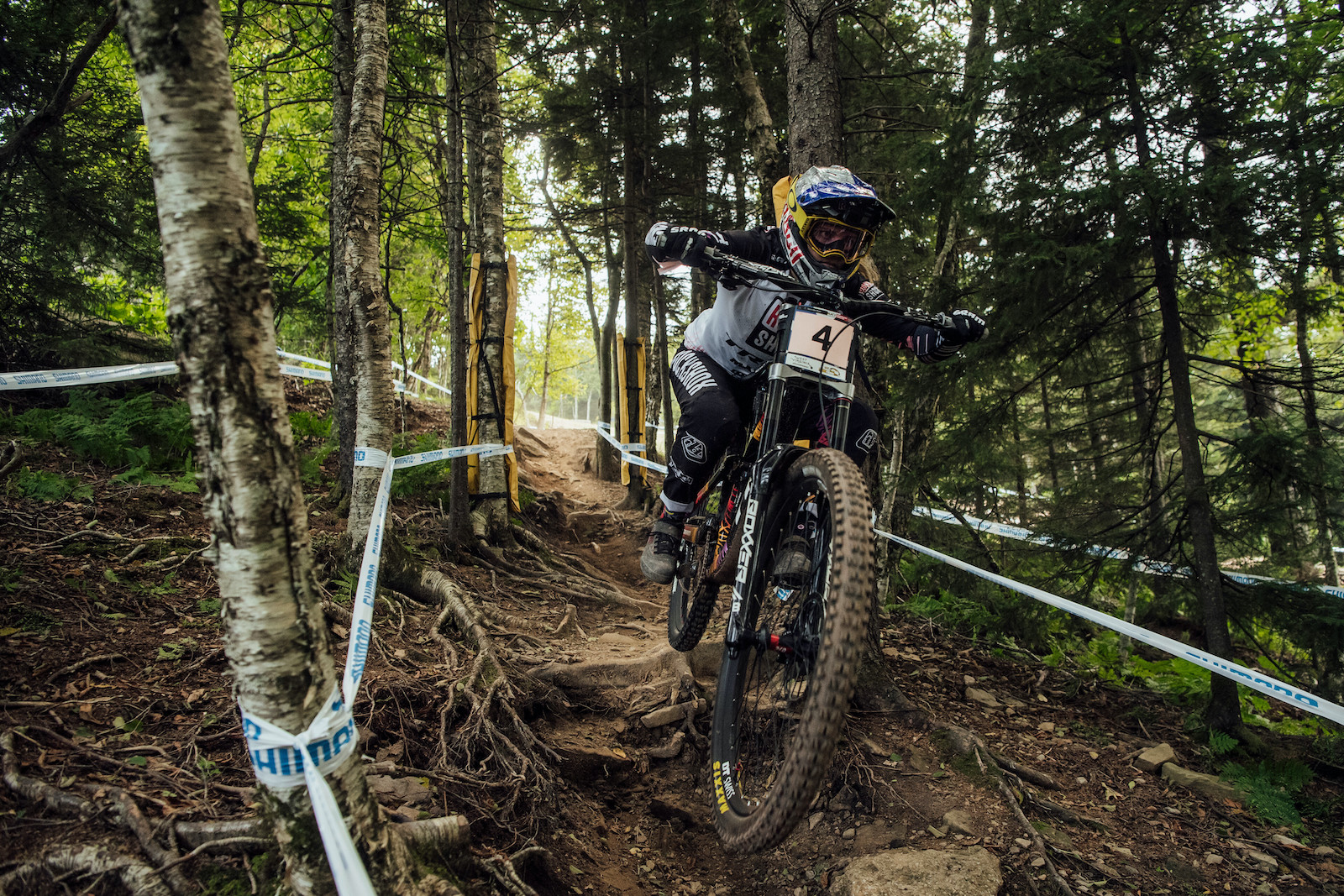 Rather conservative on course was Camille Balanche, who on balance managed the race well as she finished in second position without taking unnecessary risks in anticipation of race #2, which will be held on Friday and Saturday. Third place for Marine Cabirou. 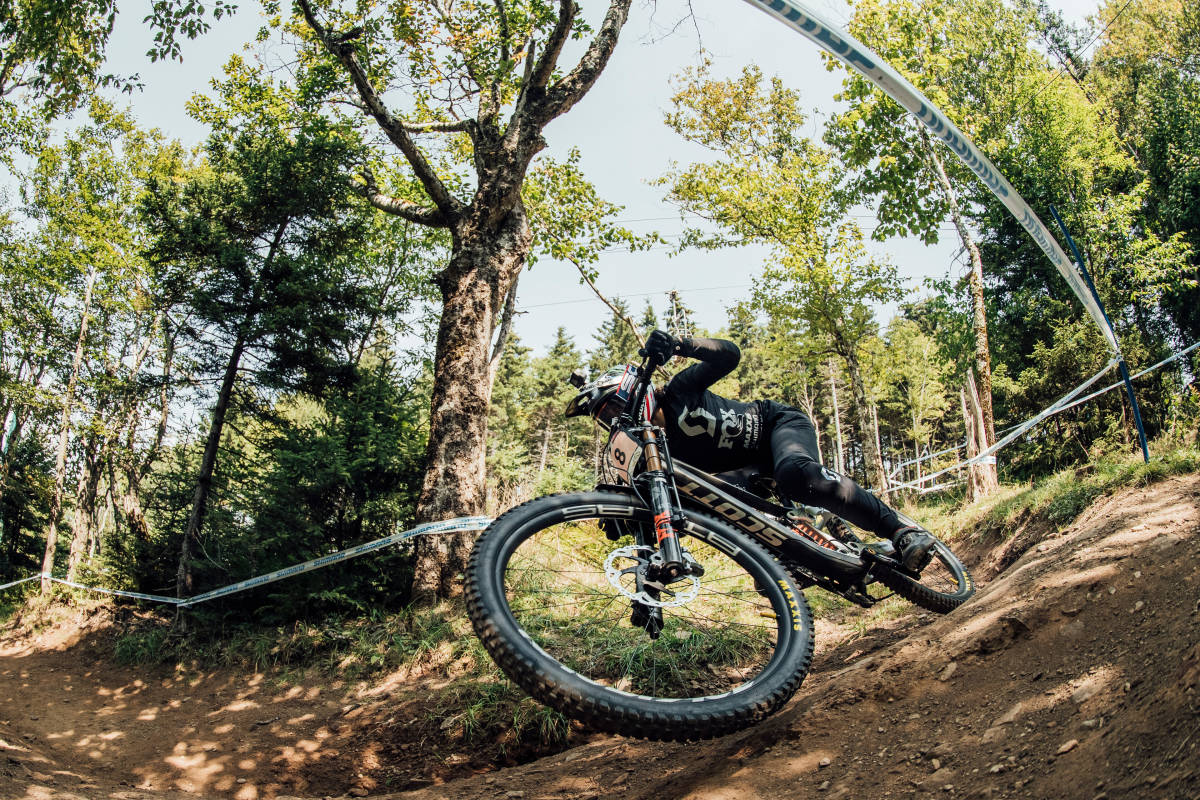 Myriam Nicole ran into a trivial slip in one of the rock gardens, losing several seconds and slipping from the first position with a large advantage to fourth position, but still keeping the overall lead. 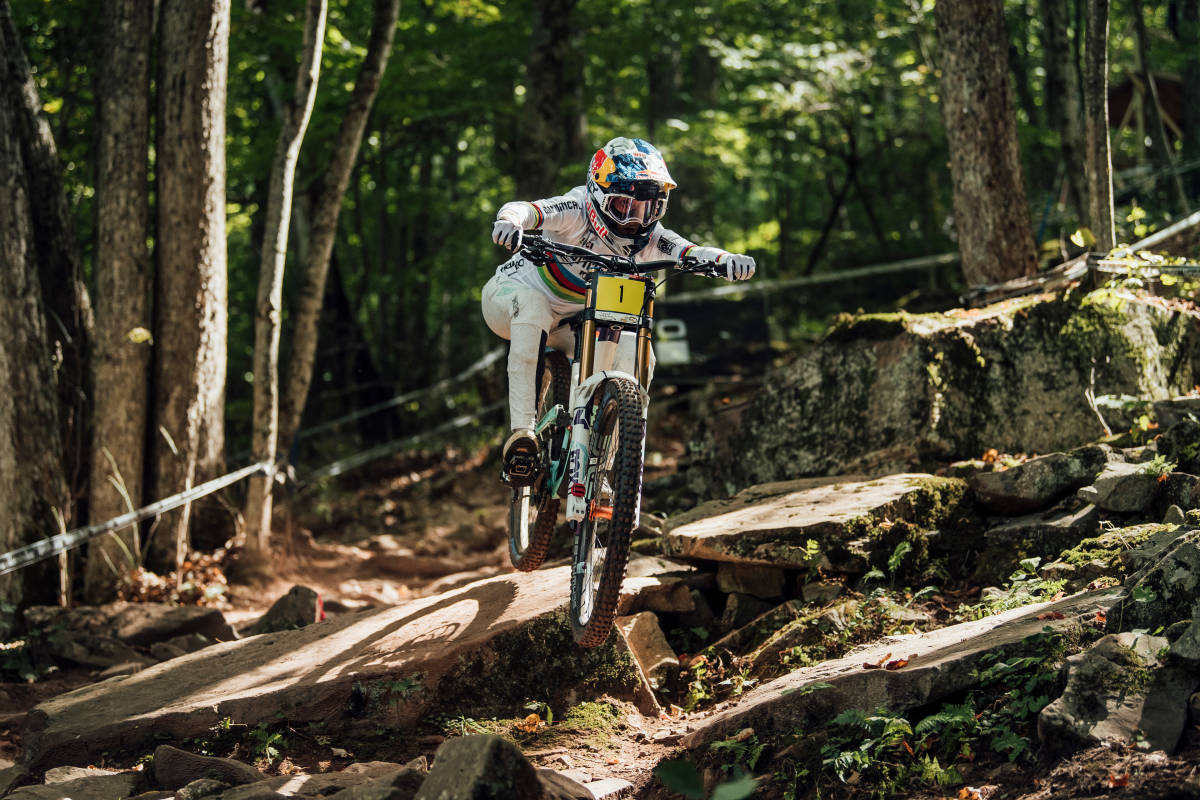 Tahnée Seagrave, who has not yet regained 100% of her physical and mental form this season, landed in fifth position. 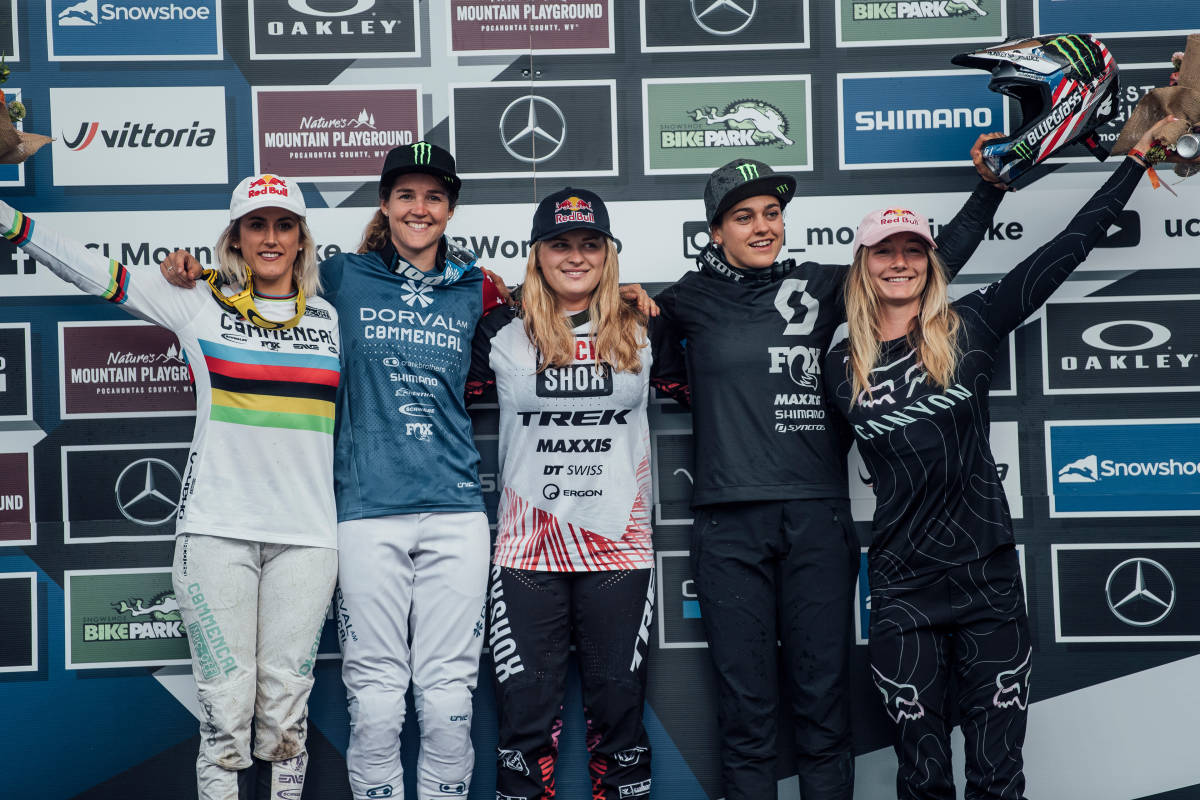 Eleonora Farina follows her in sixth position just over a second from the podium. Kailey Skelton was the fastest American, in 10th place.

In the men’s Junior category, the British Jordan Williams dominated the final heat with a 3 and a half second advantage over world champion Jackson Goldstone and conquered the second position in the overall where the world champion remains firmly in the lead. Junior World Champion Izabela Yankova won this race with an abundant advantage over the competitors, confirming her leadership of the circuit.

The UCI DH World Cup circuit remains in Snowshoe for the season finale which will take place this Saturday.