Two weeks after the Vallnord stage , the DH show is back on track in Snowshoe West Virginia for the qualifying round of the sixth race of the season. The overseas trip that will see athletes engaged for two weeks, between the United States and Canada, opens with plenty of mud, and on extremely slippery but drier surfaces than yesterday’s practice. 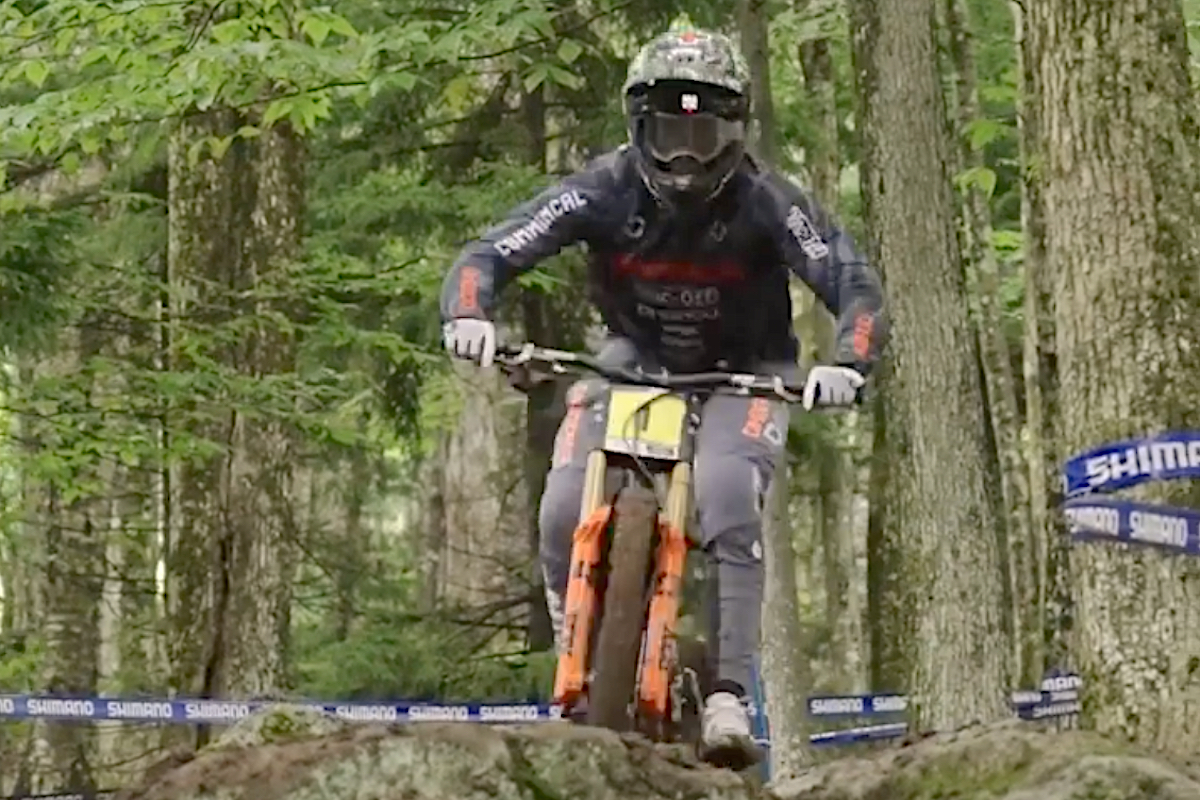 Amaury Pierron landed first place in qualifying – ahead of fellow French racer Thibaut Daprela. A somewhat surprising third place for Bernard Kerr, who has been away from the leading positions for some time now. Loïc Bruni was in fourth place while the fifth place belongs to the Irish outsider Ronan Dunne. No Americans in the top 20, despite being on home soil, unfortunately. 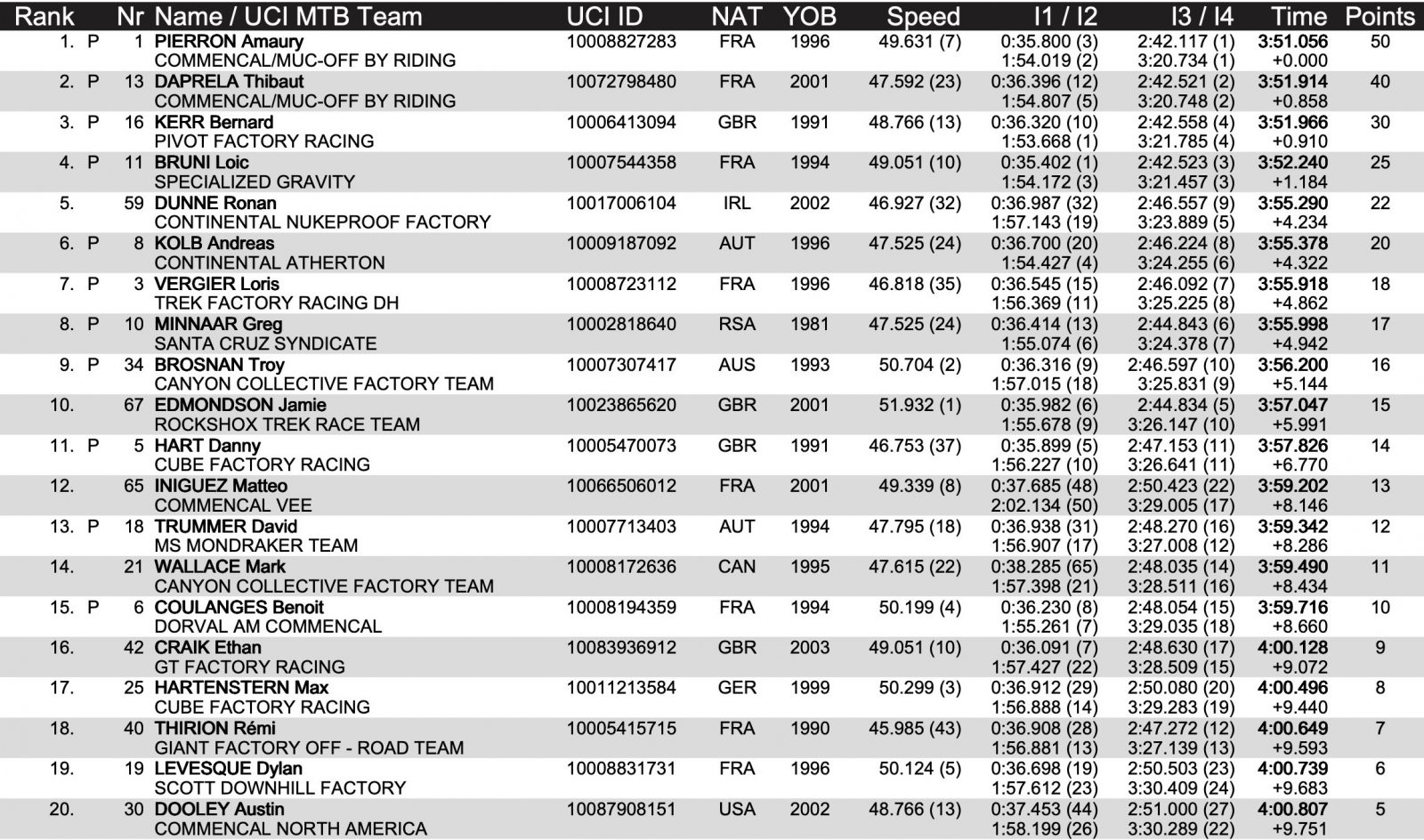 It is not surprising that Camille Balanche set the best time among women in the mud. The circuit leader closed her run out with almost 7 seconds to spare, ahead of Myriam Nicole, in second position. Substantial gaps also among the other athletes with Valentina Höll in third place and Eleonora Farina in fourth position. Fifth place for Nina Hoffmann… 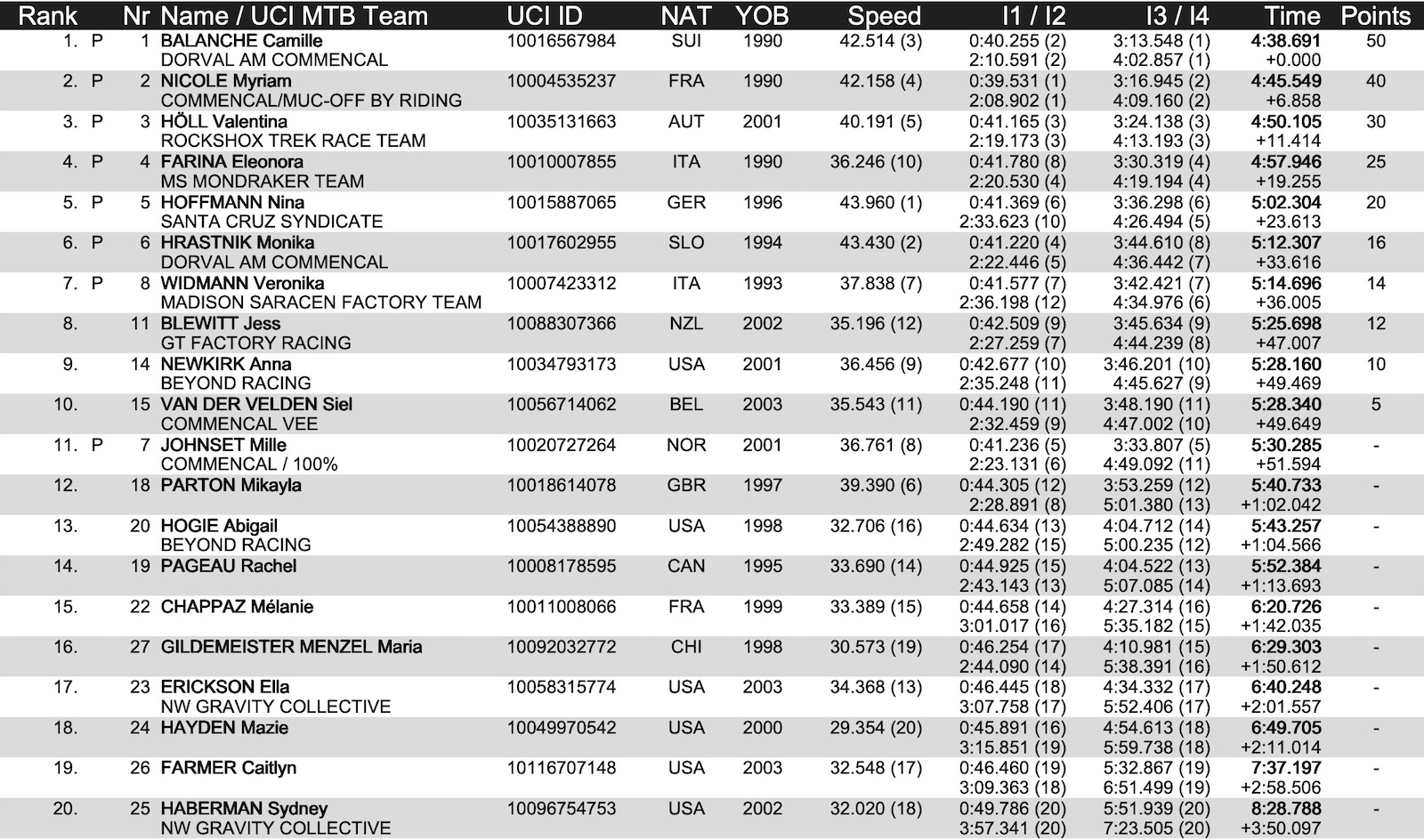 Jackson Goldstone dominated qualifying in the junior category with an insane 12 second advantage. Among the girls it was Phoebe Gale who prevailed, also in this case with an impressive gap of almost 19 seconds.

Tomorrow the finals race will take place, broadcast live on  Redbull TV at 18.25 CST for women and at 19.45 for men.