The fifth stage of the UCI DH World Cup 2022 in Vallnord, Andorra, was a truly unconventional race, with a very fast track that really minimized the gaps, making the results uncertain until the very last run. The dry, loose and dusty ground did the rest, adding difficulties to a track where making mistakes was absolutely forbidden, both because a small mistake meant losing dozens of positions, and because at those speeds a fall could have dire consequences. 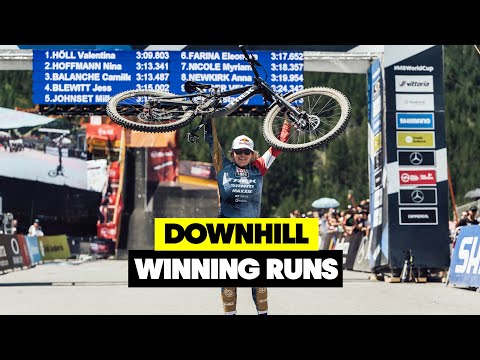 Loris Vergier has been comfortable with these conditions since the first practice sessions that kicked the event. He won yesterday’s qualifying and today he brushed a literally flawless run with phenomenally precise riding. He made no mistakes and deservedly dominated the Vallnord track. 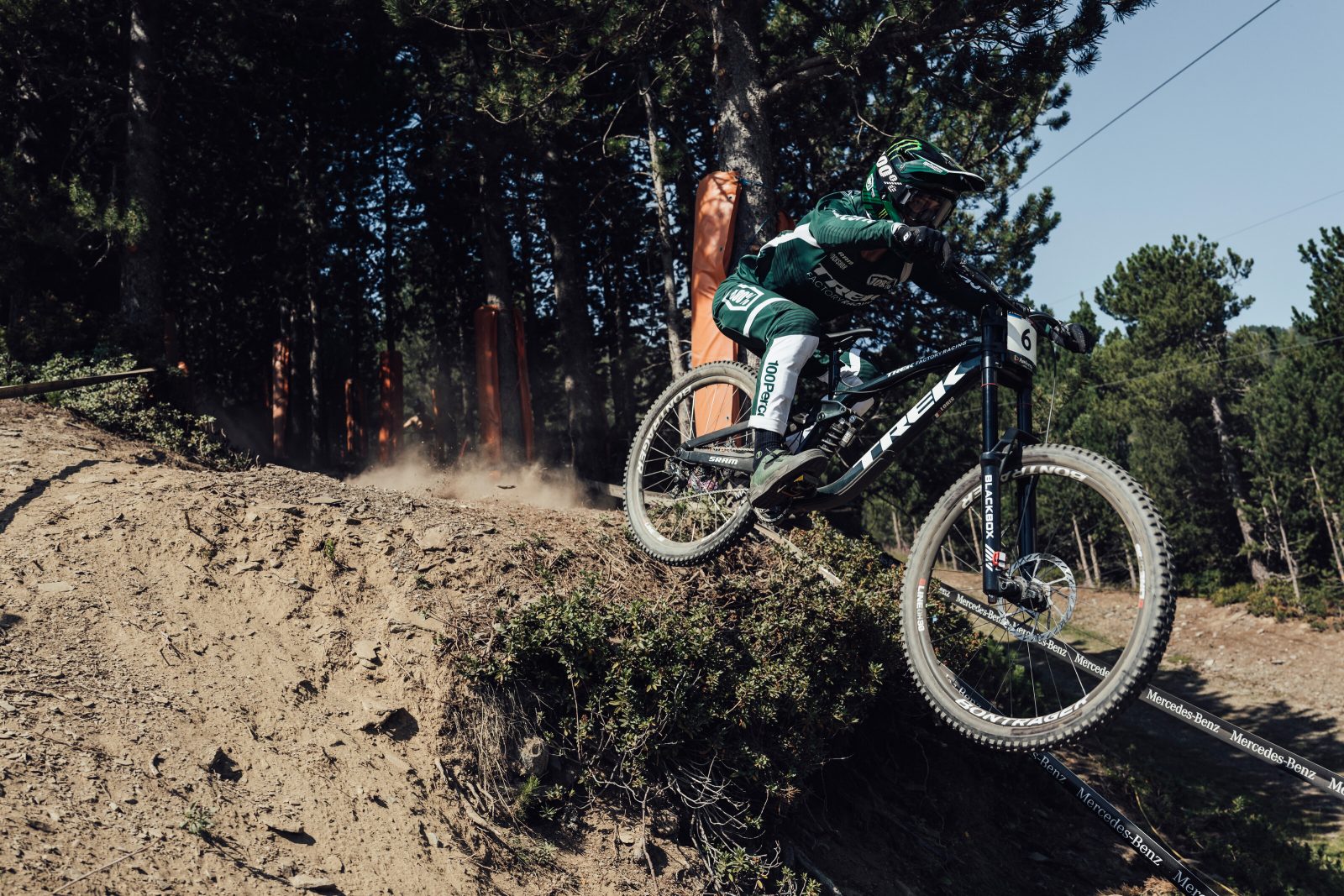 Loïc Bruni has fully recovered from his collarbone injury by landing in second place with an excellent run in which he showed all his desire for redemption after the forced stop. 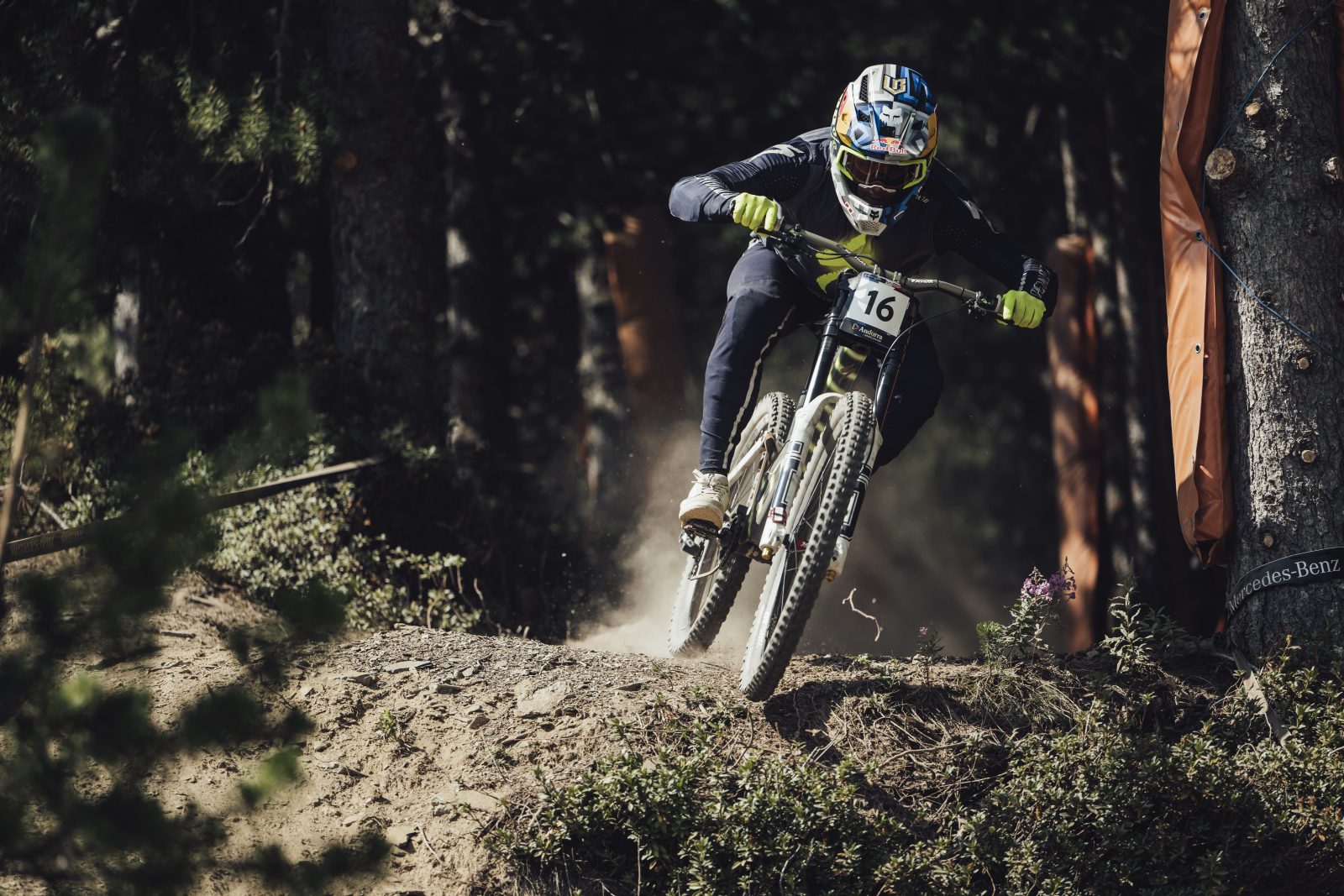 Still an excellent race for Finn Iles who attacked the track relentlessly, crossing the line in third position despite a couple of big risks from which he skillfully recovered. He climbs in the overall classification up to second place. 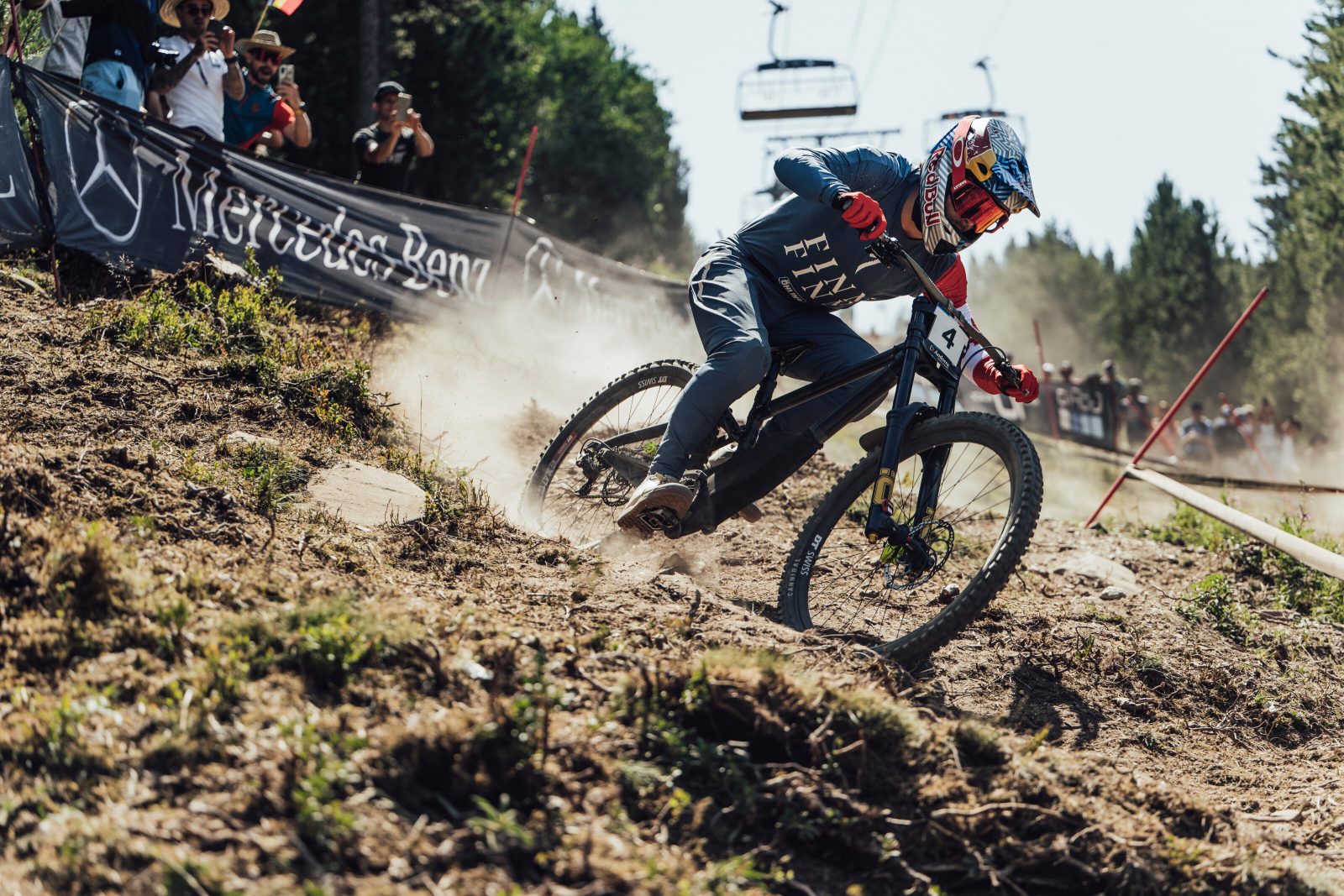 Fourth position for Aaron Gwin who returns to the awards stage after a long time away. He ran a race at the level of his glory days, evidently at his ease on the dusty ground on which he usually trains. Andreas Kolb’s golden season continues, finishing in fifth place. 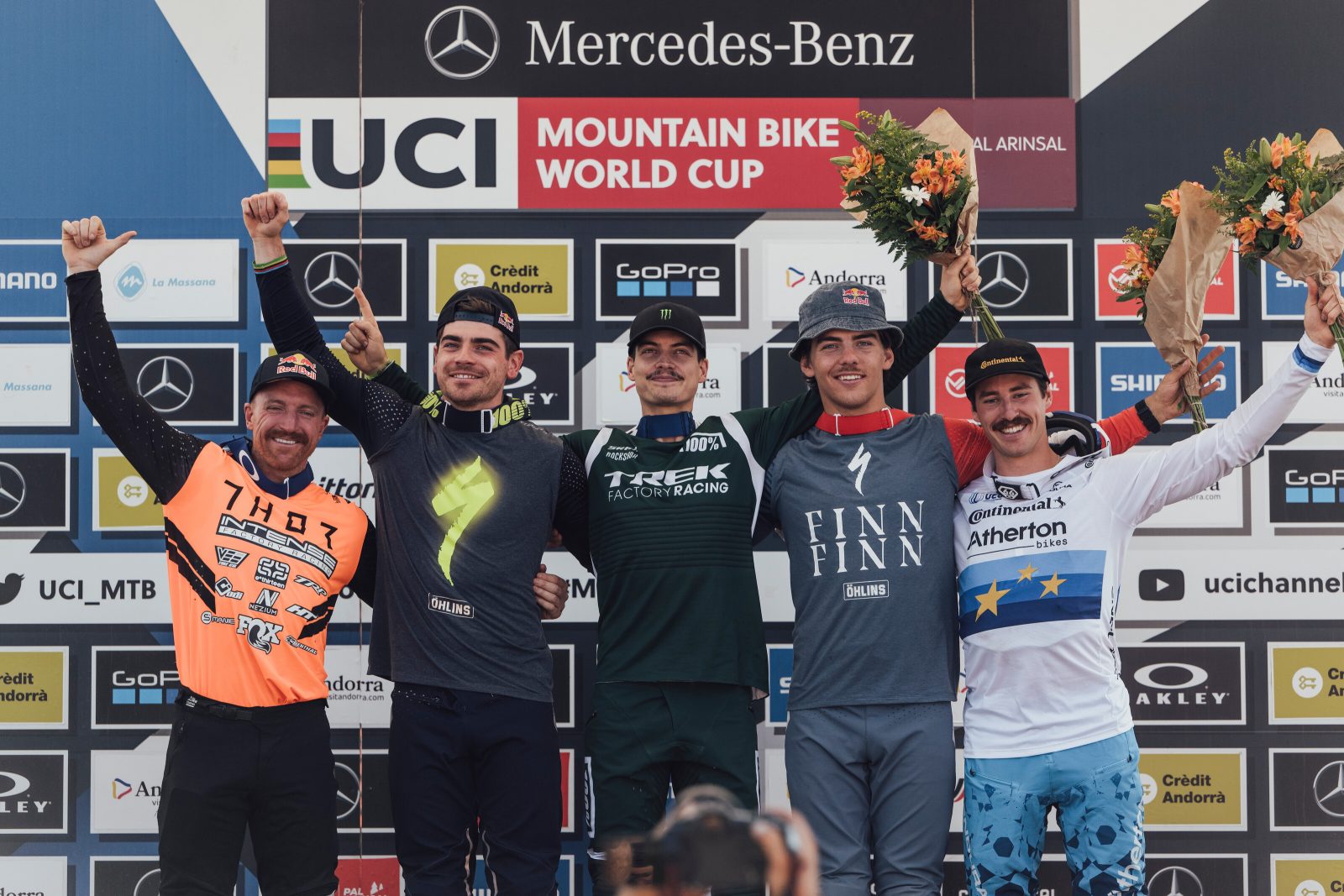 It was a bad race for Amaury Pierron who was recovering from a violent crash during practice. He closed in 13th position but nevertheless remains at the leader of the overall points race. At the home event here in Vallnord, the Commencal team was unable to confirm its dominance of the season. 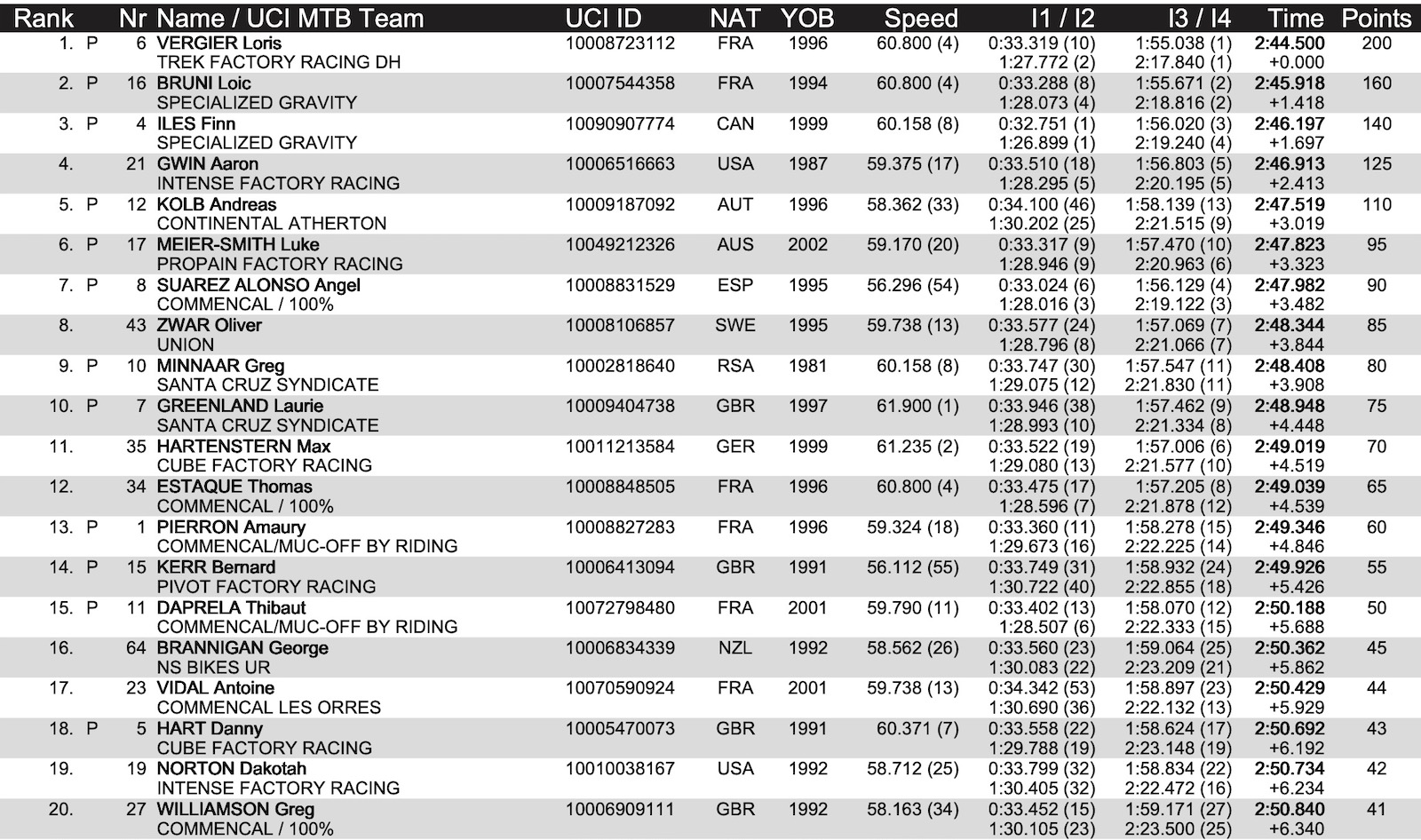 A truly unpredictable race also for women with a finals race clearly different from what we saw in the first part of the season. Valentina Höll scored an amazing run and won her second UCI DH World Cup race as an elite athlete. Precise and super determined, it was Vali in her prime that unfortunately has not been seen as often lately. 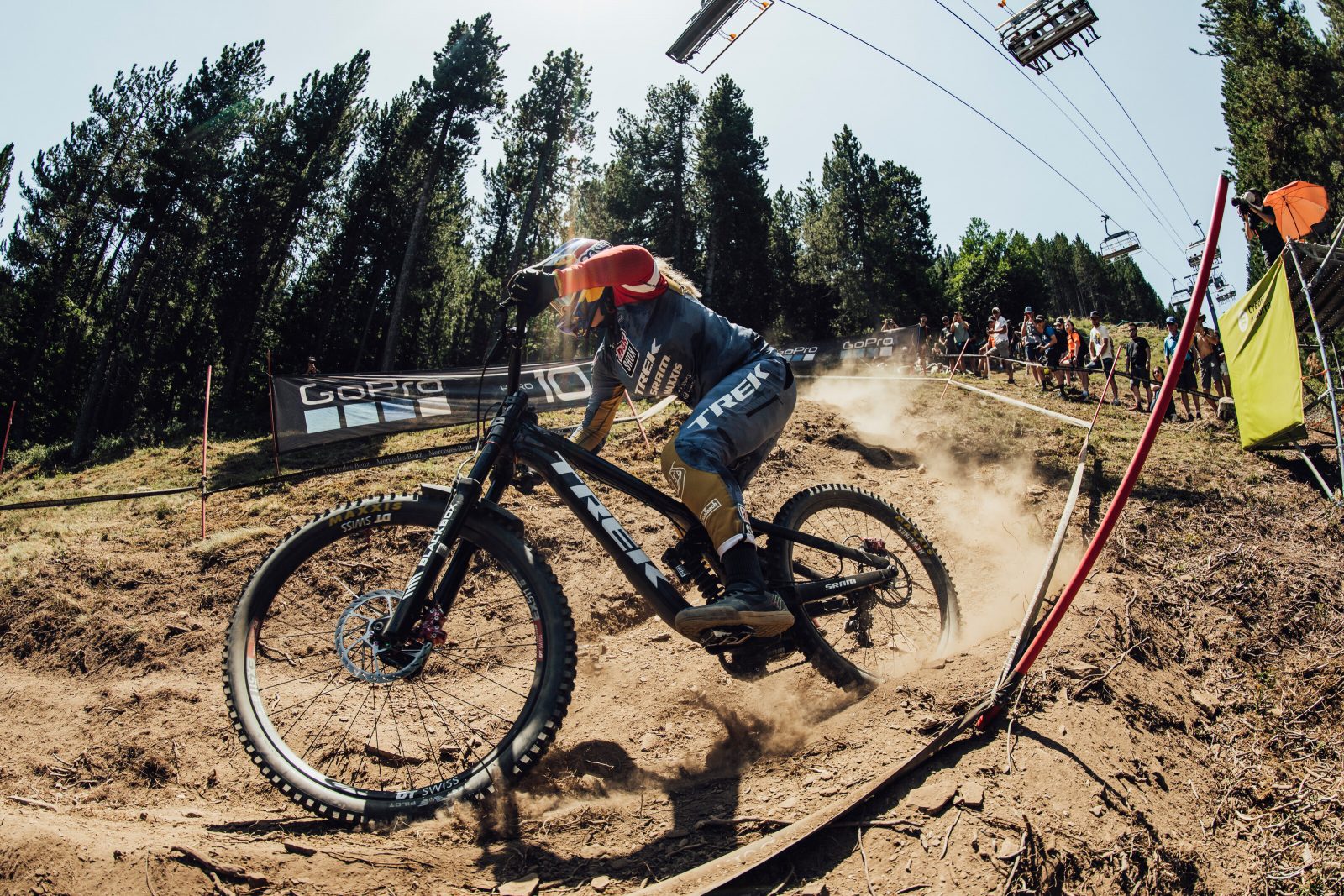 Second position for Nina Hoffmann who takes revenge from her unfortunate performance at Lenzerheide. She balanced the pace between speed and caution well, ending the race with a little gap behind Höll but with an excellent second place. 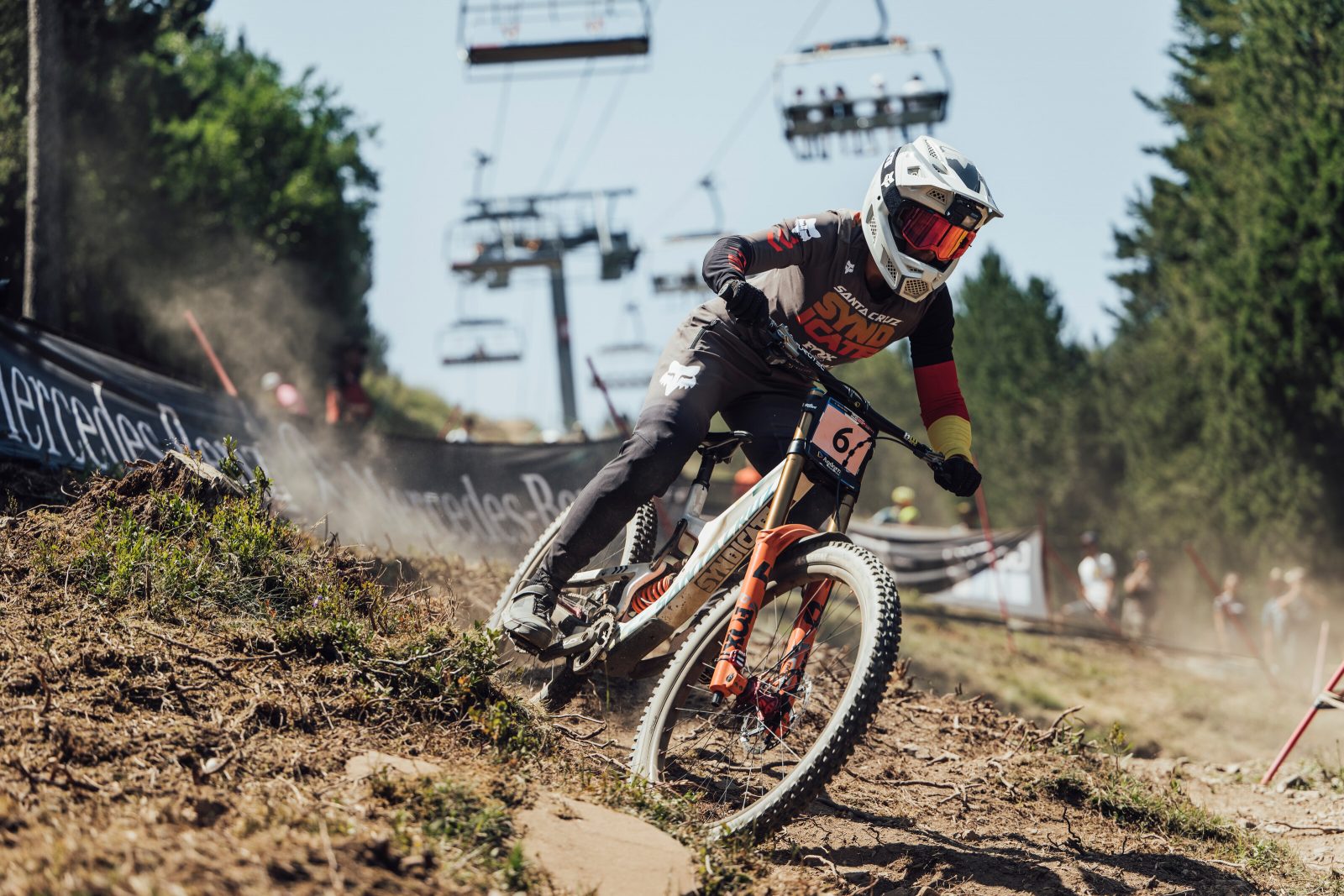 Not at her best was the circuit leader Camille Balanche who did not seem as comfortable on the unpredictability of dry and dusty ground as she has now amply demonstrated that she is on mud. Often imprecise and not very aggressive, she nevertheless secured a third place that allows her to maintain her lead position in the overall standings. 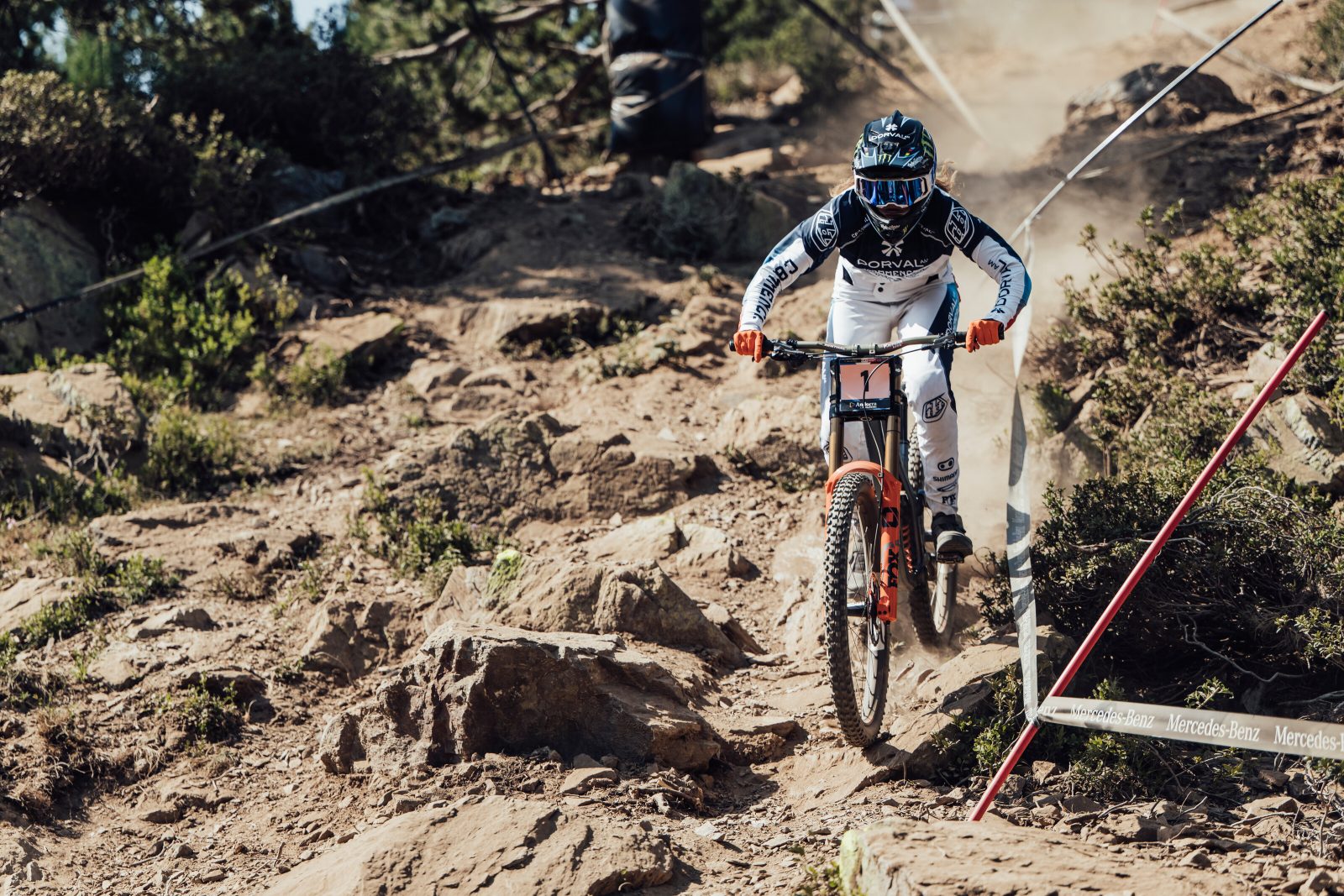 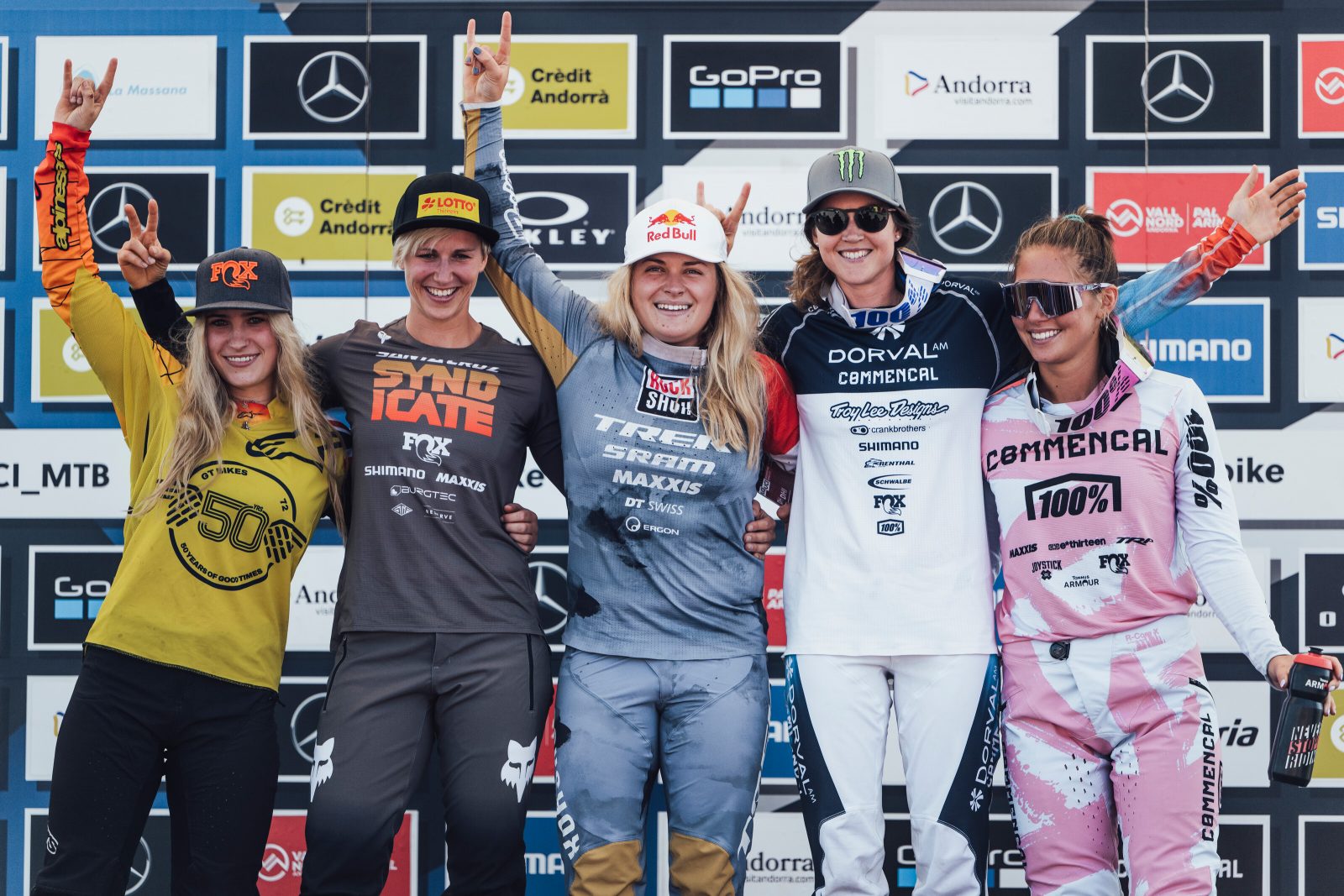 Eleonora Farina has to be satisfied with a sixth place after the numerous podiums. In the initial part of the track she was not very fast and particularly aggressive, she recovered in the steep and technical part, but unfortunately it was not enough to get on the awards stage. It was an unrewarding day also for Myriam Nicole who, due to a fall, finished in seventh place while she was first until the third intermediate split.

On the other hand, the junior to beat Canadian Jackson Goldstone was confirmed top dog, who here in Vallnord wins his third race of the season and increases the narrow gap in the standings from Jordan Williams, second today, who is behind him by just a few points. Phoebe Gaele wins the junior women’s race and comes close to just 5 points behind overall leader Gracey Hemstreet who finished second today.

The 2022 UCI DH World Cup season will continue overseas with Round 6 in Snowshoe, USA, followed by Mont-Sainte-Anne, Canada, the following week.