Not even a week has passed since Snowshoe and the best downhillers in the world are once again between the tape to compete on the track of the historic Canadian track in Mont-Sainte-Anne for the seventh round of the UCI DH World Cup 2022. The course is mixed and demanding – one of the most popular in the DH circuit. Despite the sunny weather, the ground is still quite wet and has already claimed high ranking victims such as circuit leader Camille Balanche who broke a collarbone and Loïc Bruni who dislocated a shoulder. 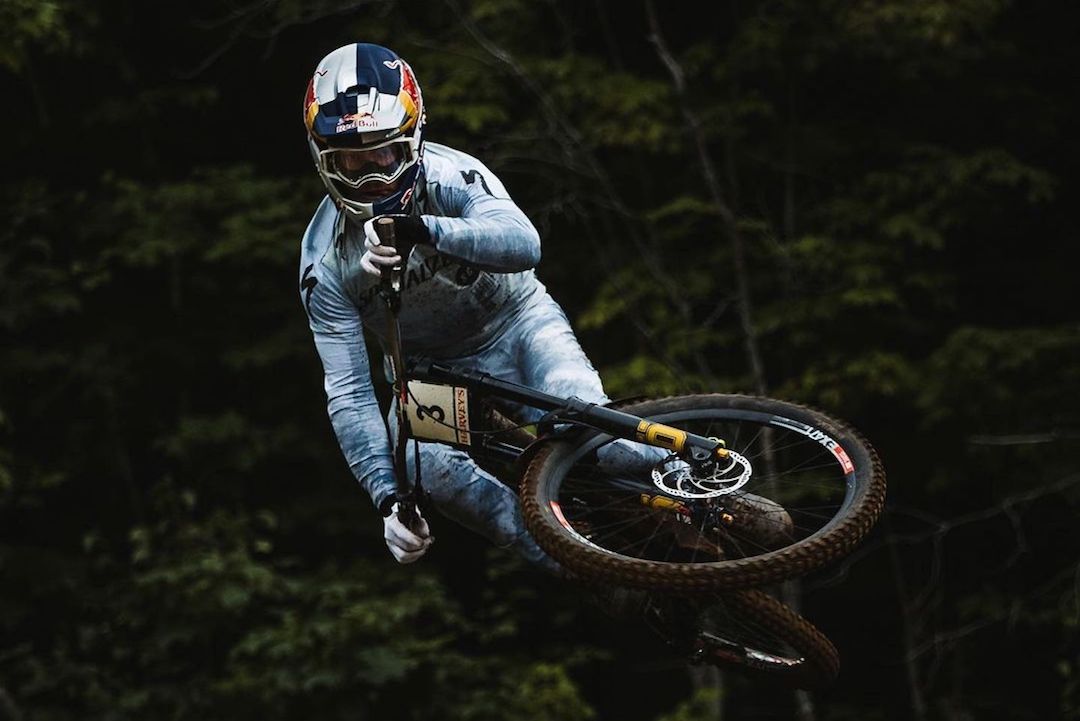 Finn Iles comes from a solid run of good form, as he demonstrated in previous races, and here in Mont-Sainte-Anne he finished first in today’s qualifying in front of the home crowd. Behind him the world champion Greg Minnaar who does not give an inch. Third position for the circuit leader Amaury Pierron, followed by Troy Brosnan, who seems to have found the pace after easing back into things due to an ankle injury. Fifth place for Bernard Kerr who is evidently galvanized by his excellent second place in Snowshoe. Aaron Gwin landed in 9th… 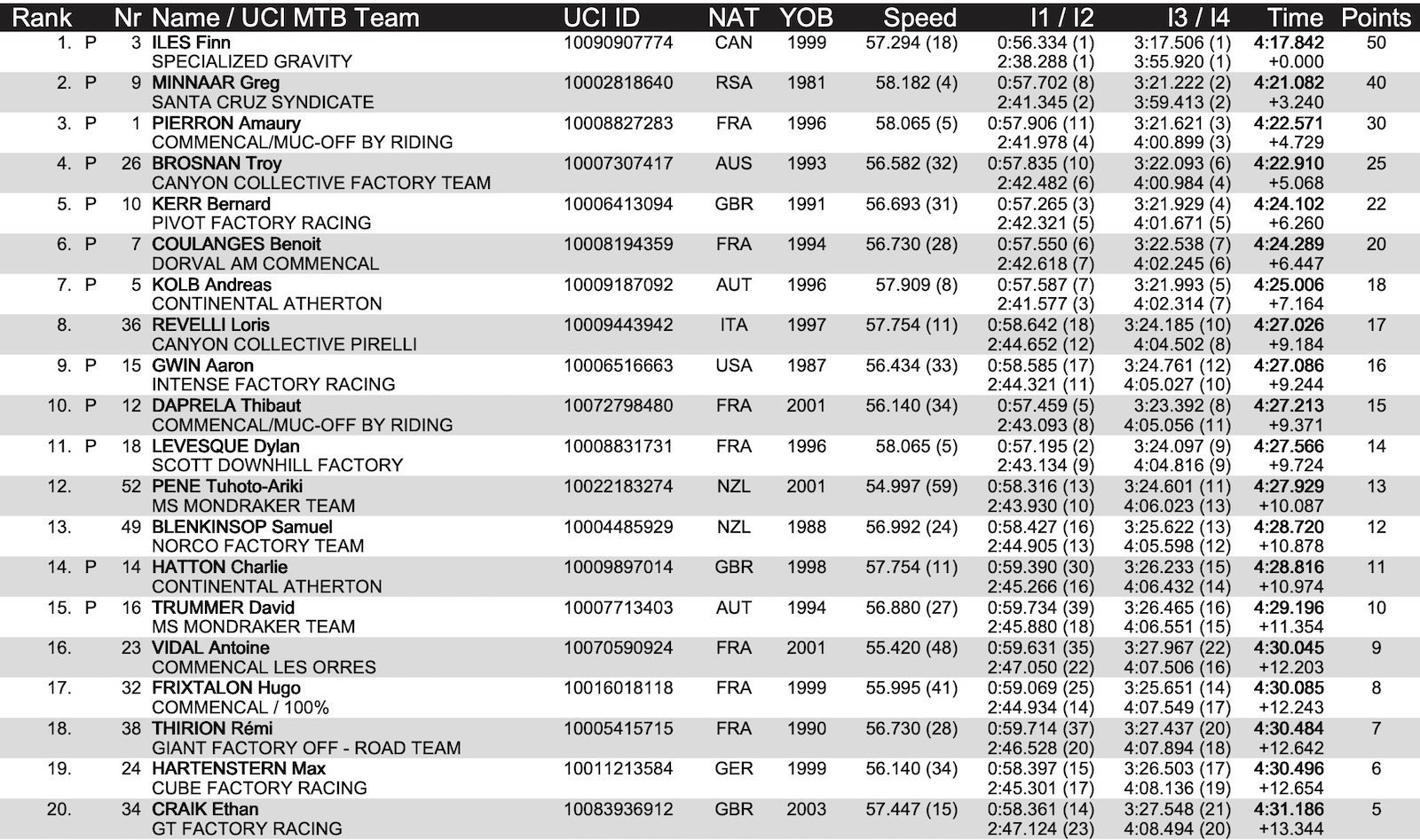 In the women’s field, Valentina Höll wins with a wide gap on Monika Hrastnik. Third place for Nina Hoffmann while Myriam Nicole closed out in fourth position. The young Jess Blewitt is more and more concrete and conquered fifth place. 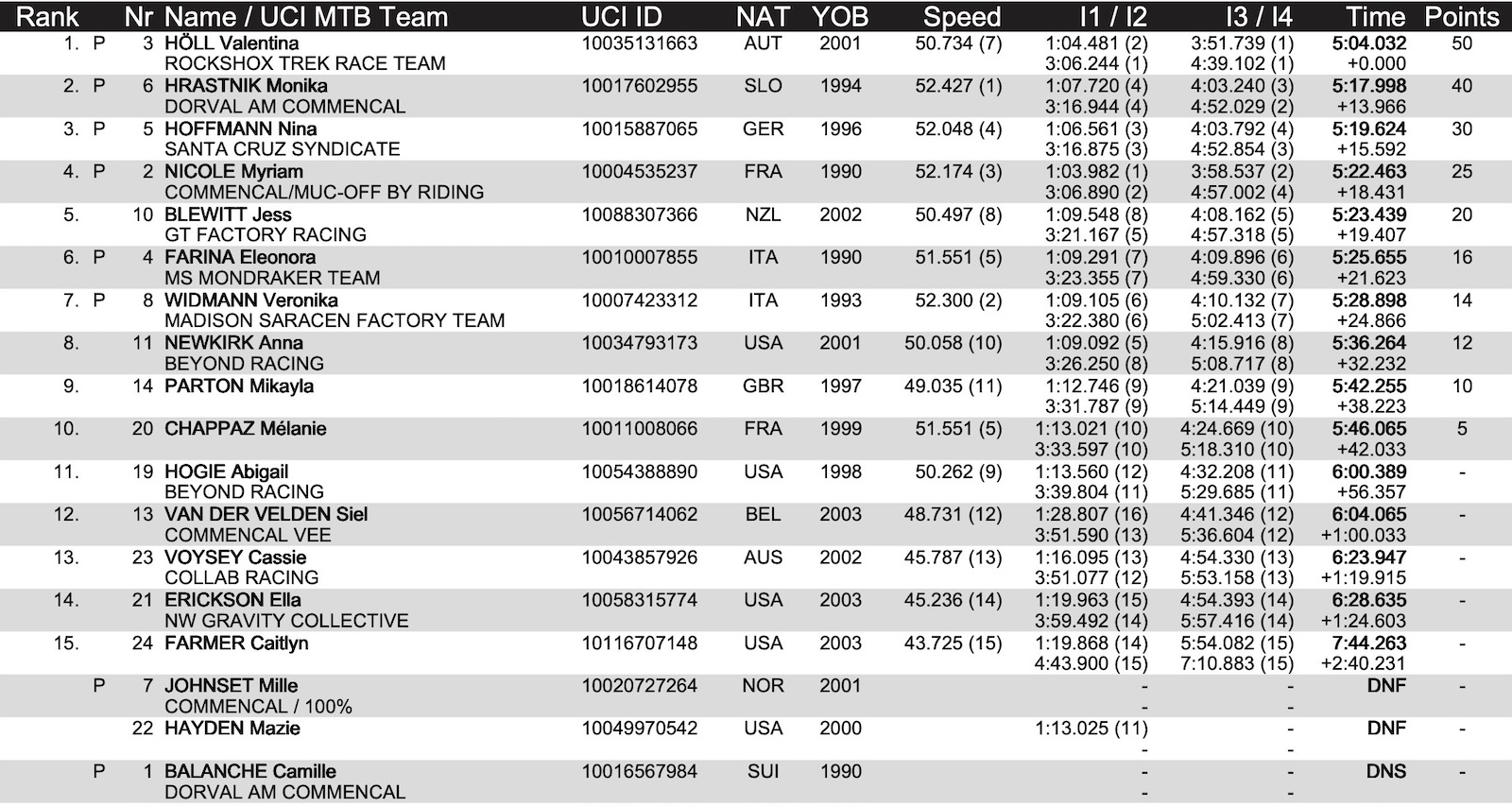 Among the Juniors Jordan Williams won while the world champion Jackson Goldstone was just fourth in front of the home crowd. Among the girls it was Phoebe Gale that marked the quickest time.

Tomorrow the finals will take place, broadcast live on Redbull TV at 18.25 for women and at 19.45 for men.