The Canadian resort of Mont-Sainte-Anne is the longest-running stop in the history of the UCI DH World Cup and, after two years of absence from restrictions due to the pandemic, this year it returned to the circuit hosting the seventh round of the season. An absolutely thrilling race in part thanks to the very long, technical and at the same time very fast track – one of the absolute favorites of the athletes. The sunny weather has totally dried up the ground which in recent days has claimed important victims in terms of the overall lead including Camille Balanche, fractured collarbone, Loïc Bruni and Loris Vergier, with injured shoulders.

With a truly thrilling run, Finn Iles took victory at home and literally sent the crowd into an absolute frenzy. The Canadian, riding his Specialized Demo with covered shock absorber to conceal its prototype kinematics, pushed to the limit with a precision and tact worthy of the greatest champions in the history of this sport. He undoubtedly deserved the victory and climbs to second place in the overall standings. 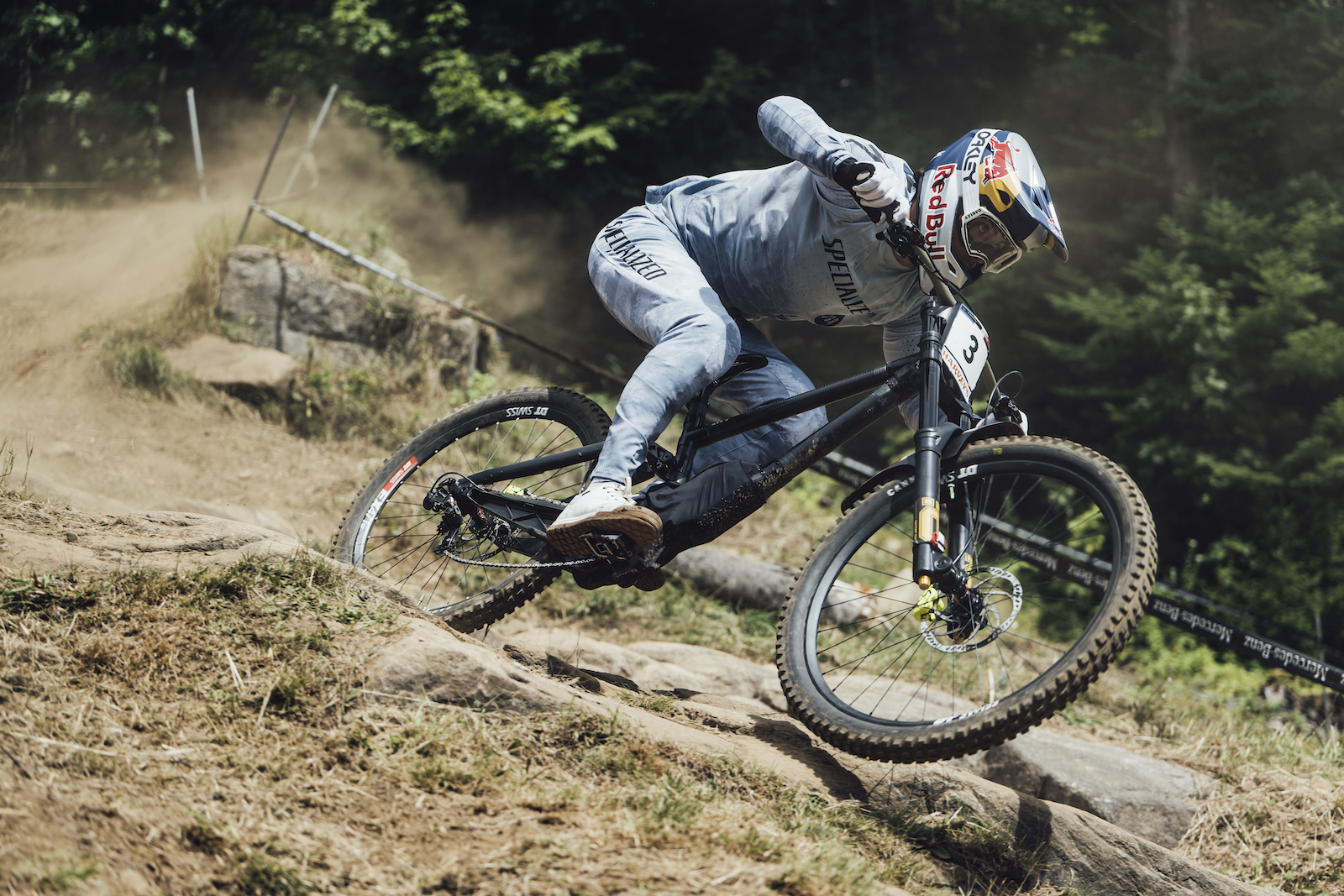 It wasn’t easy to beat Laurie Greenland’s (much earlier) run, who held the hot seat for a very long time. His performance forced everyone to raise the pace and only Iles managed to beat him. Greenland is in really good shape and has proven to be super competitive this season. 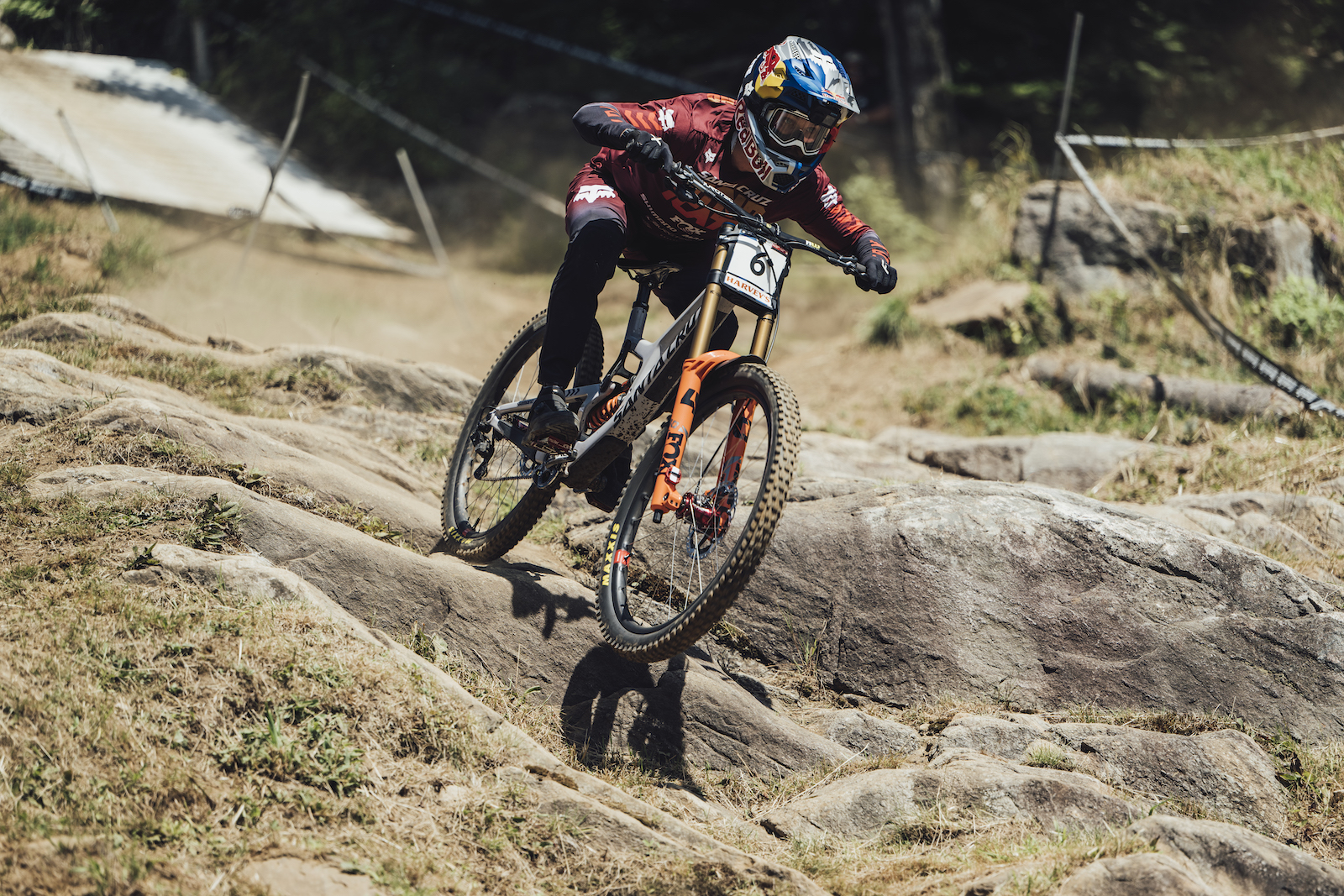 Welcome back Troy! After a good but not excellent race in Snowshoe, Brosnan today proved that he has fully recovered from the ankle injury that has kept him away from racing for more than half of the season. An amazing run with his trademark flawless riding which earned him an excellent third place with which he was understandably happy and satisfied. 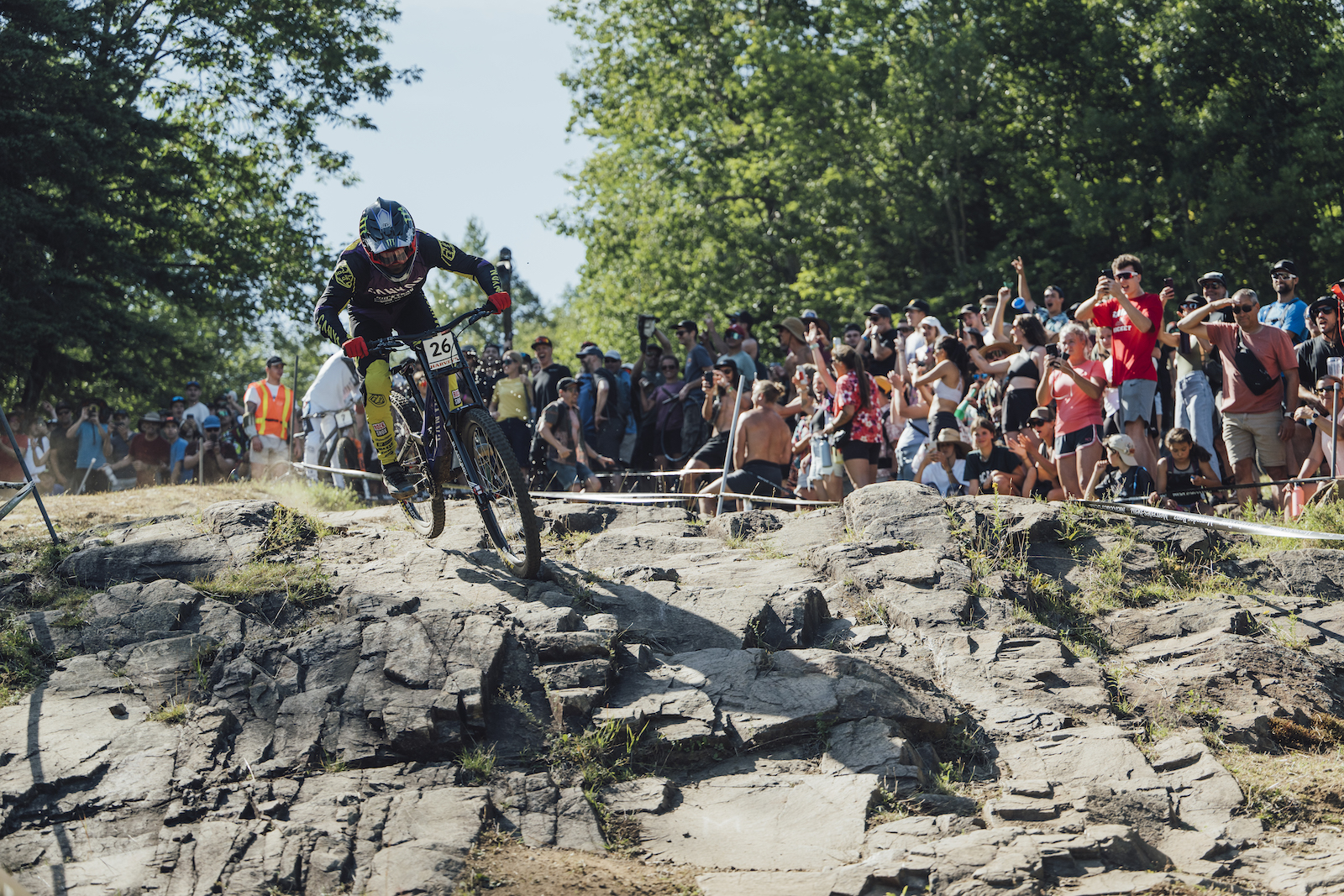 And Aaron Gwin also seems to be back on an upward trajectory, certainly not to the glories of his past, also because a lot of time has passed and in the meantime the level has really risen a lot, but the last two races have seen the American return to higher positions. Fourth place for him at MSA and a good confidence boost after a years long period that was absolutely not. After an exceptional second place in Snowshoe, with a dynamic and clean descent the stylish Bernard Kerr returns to the podium by conquering the fifth position here in Monte-Sainte-Anne. 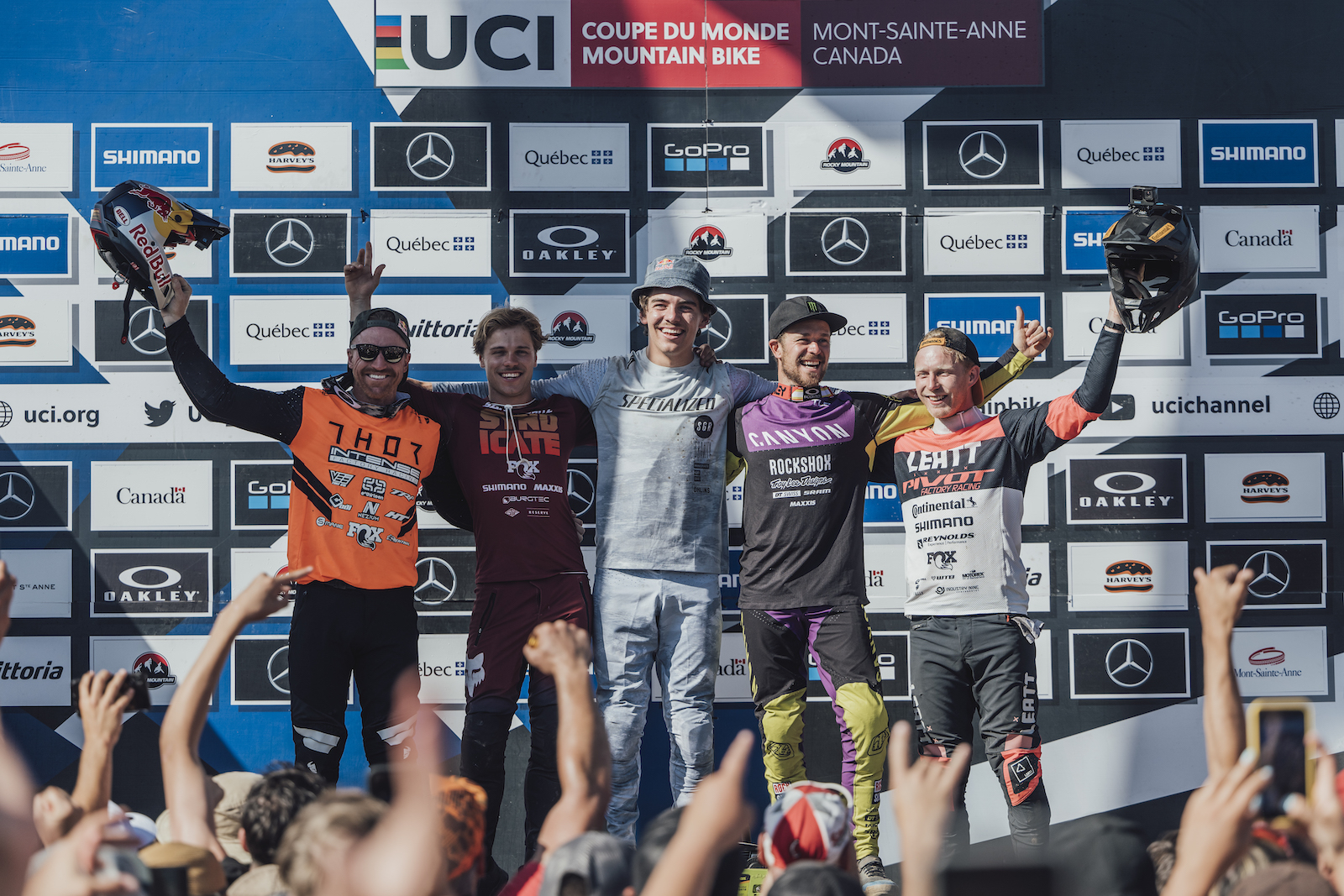 We have to mention Loris Revelli! Only a small flaw in a truly excellent run that put the Sanremo athlete in 6th place, a top ten from an Italian after a long time and Loris’s best elite result, absolutely well deserved for the dedication and commitment he is putting into this sport and which repays him for the sacrifices and recent injuries. 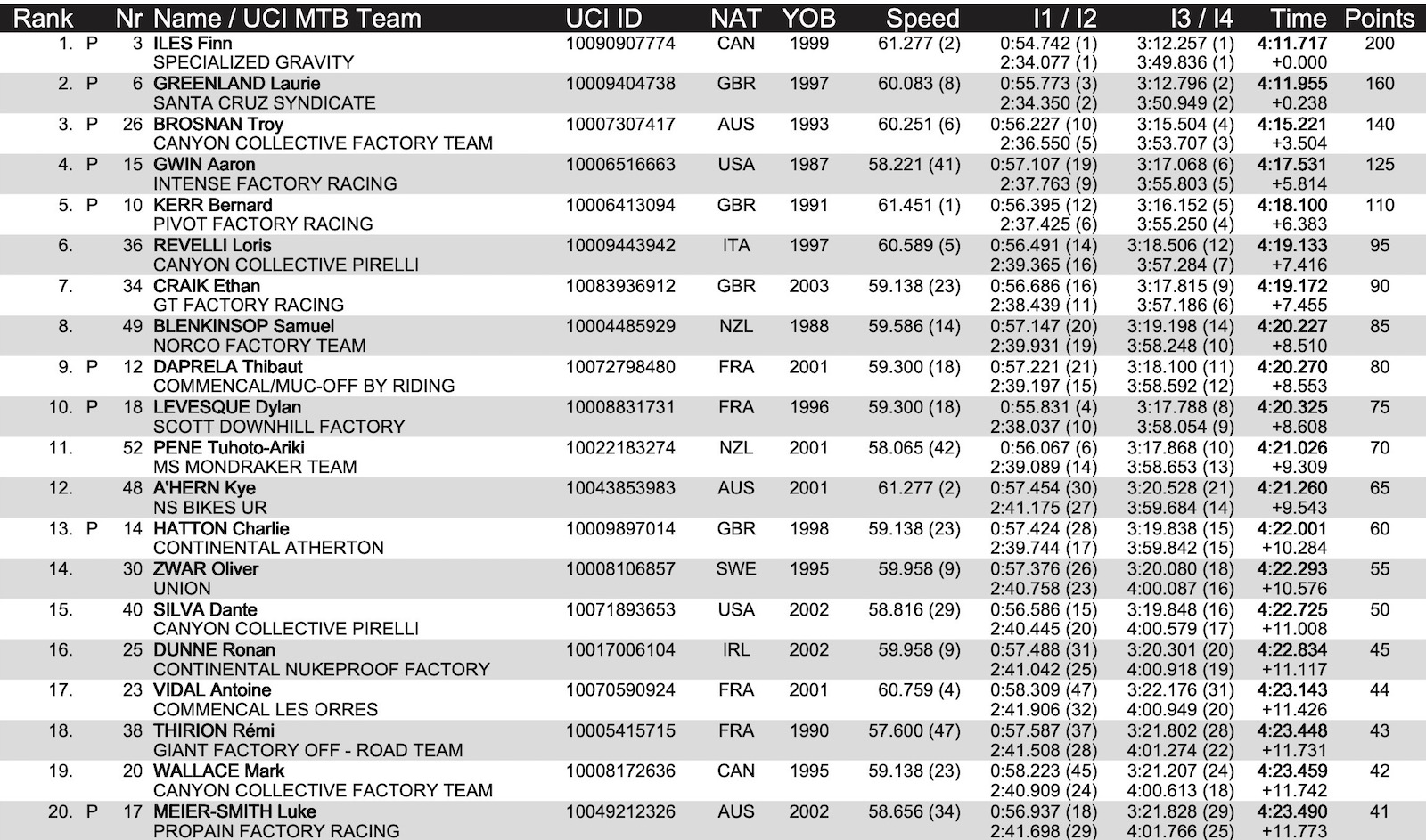 Vali Höll dominated the women’s race, smoother than she has been for some time, constantly attacking throughout the long MSA track, without errors or bobbles. She put herself at an advantage of over 3 seconds and earns important points that moved her up to second position in the general standings. 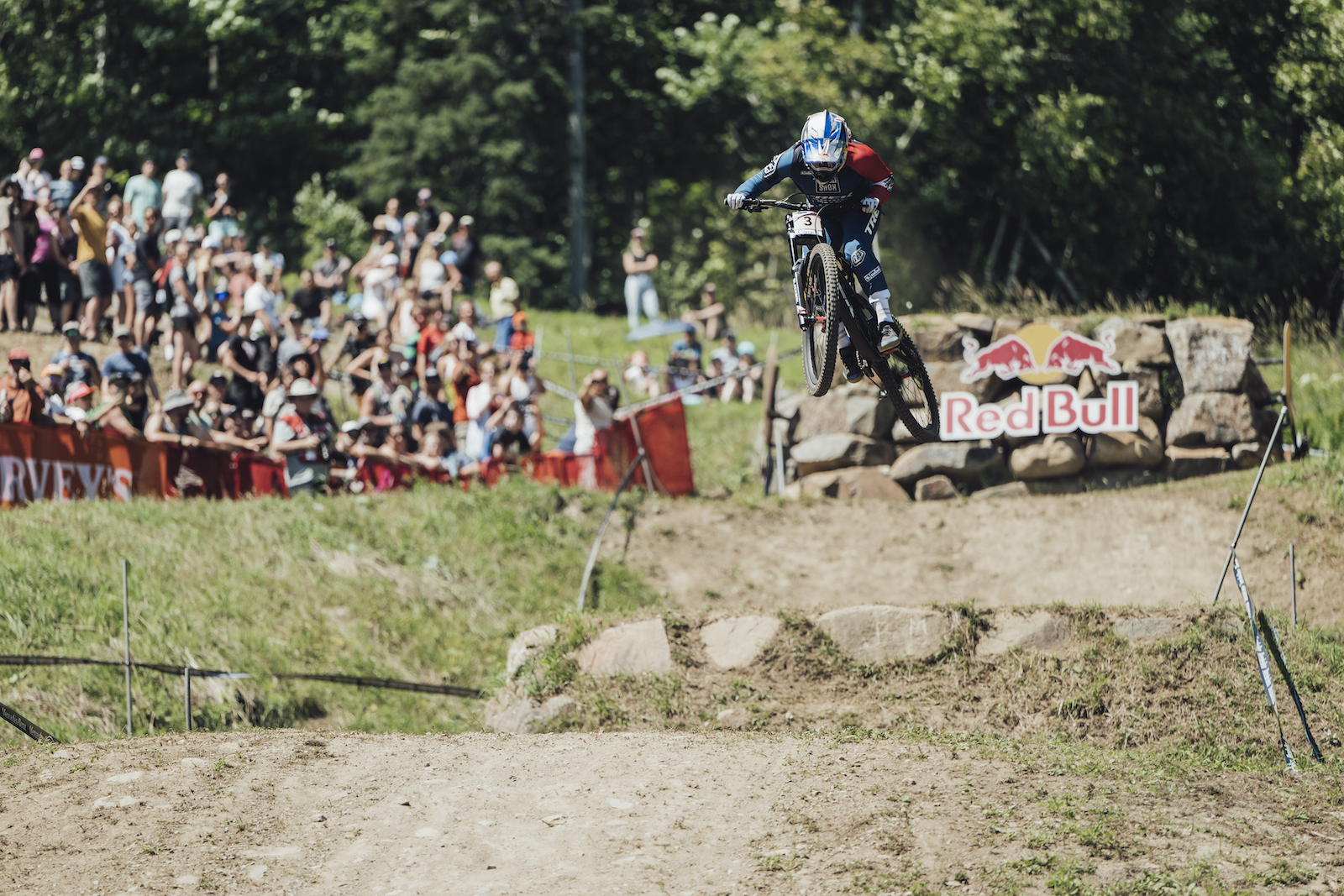 Second position for Nina Hoffmann, very determined to hunt for a bigger result also considering the important absence of Balanche, who still remains the leader of the overall. 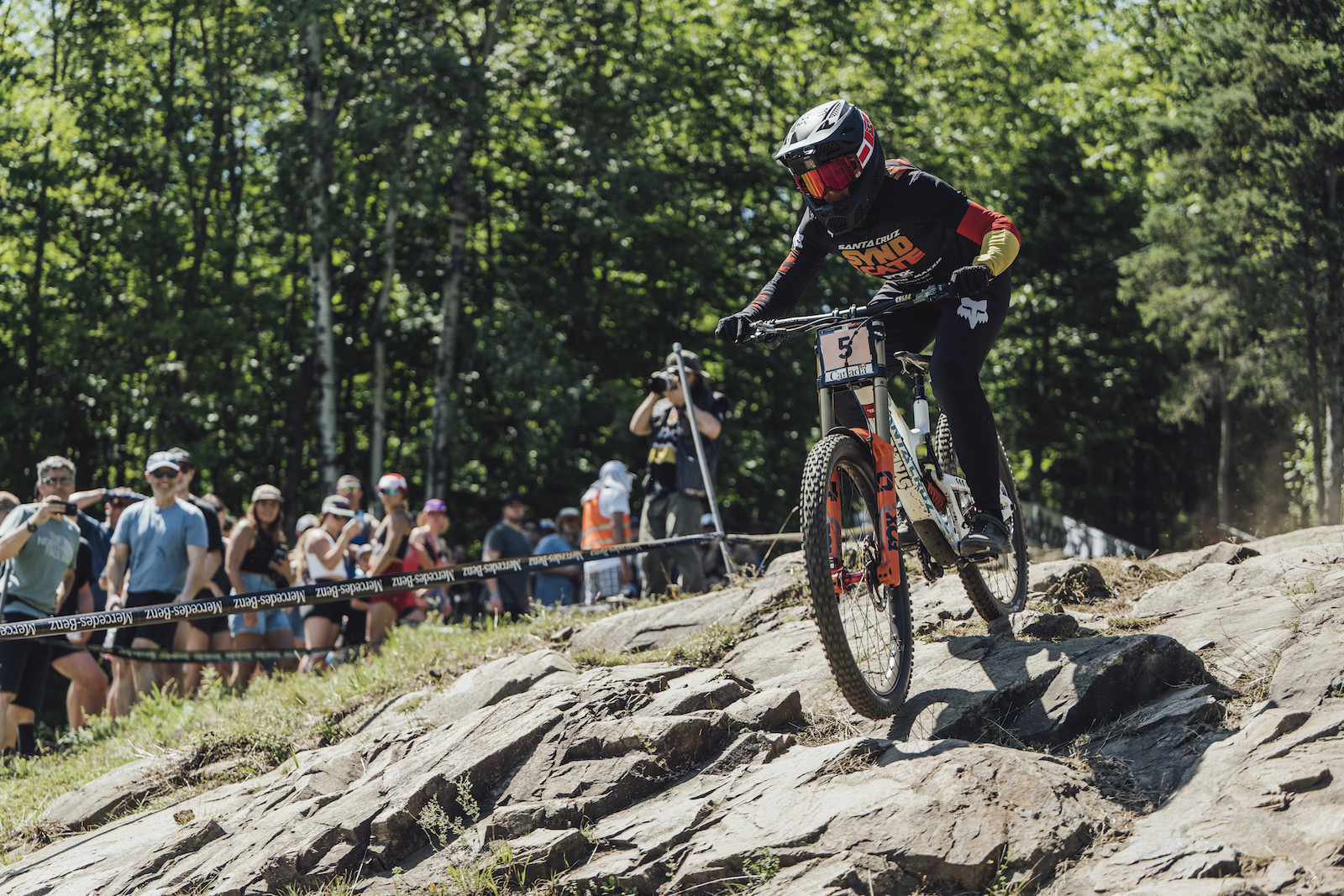 Great race by Eleonora Farina who really showed herself at her best with an aggressive and dynamic driving, super precise and composed. A brilliant third place that confirms, if ever it were needed, the high talent of the athlete from Trentino. 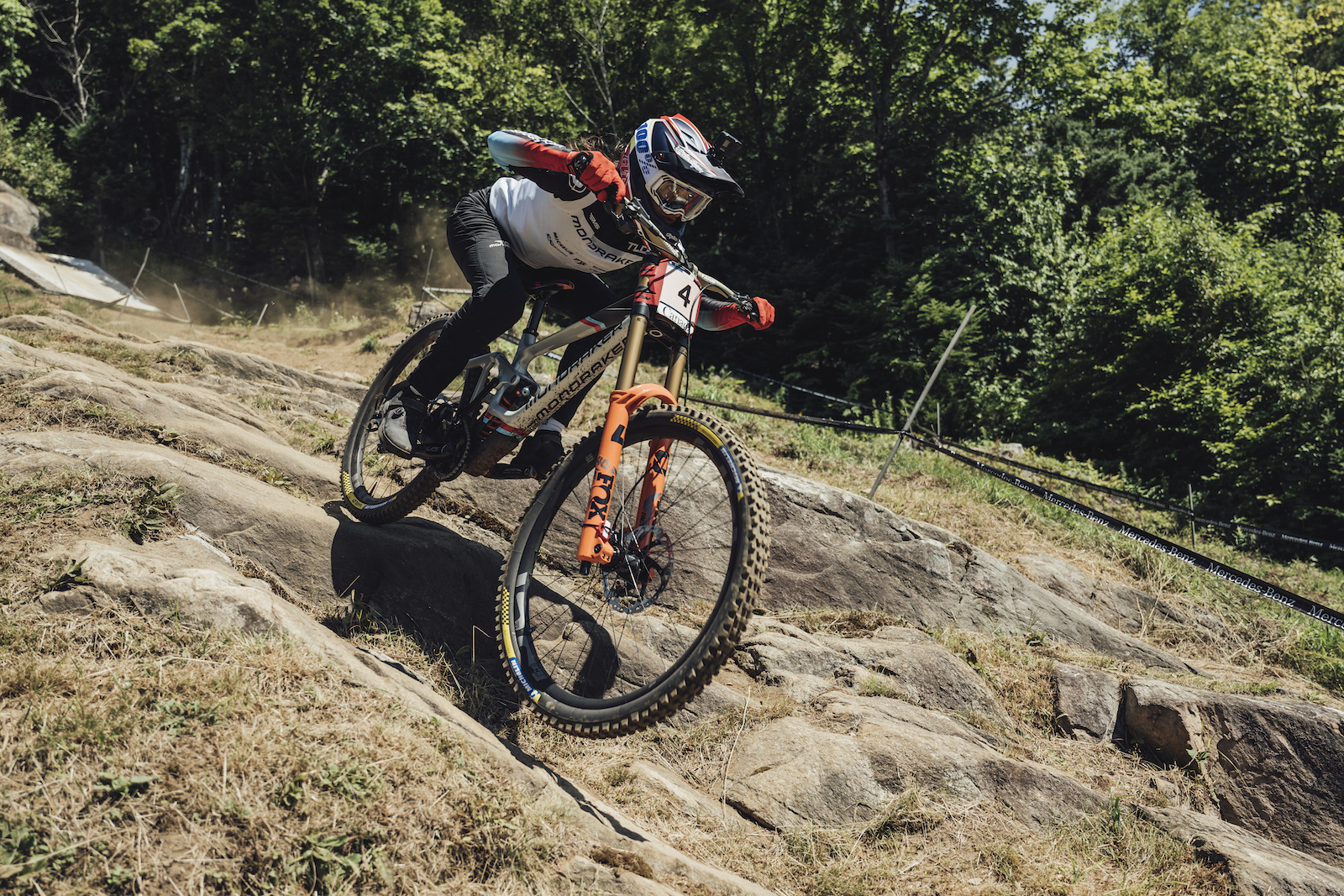 Fourth place for Jess Blewitt while fifth place went to Monika Hrastnik, penalized by some mistakes. 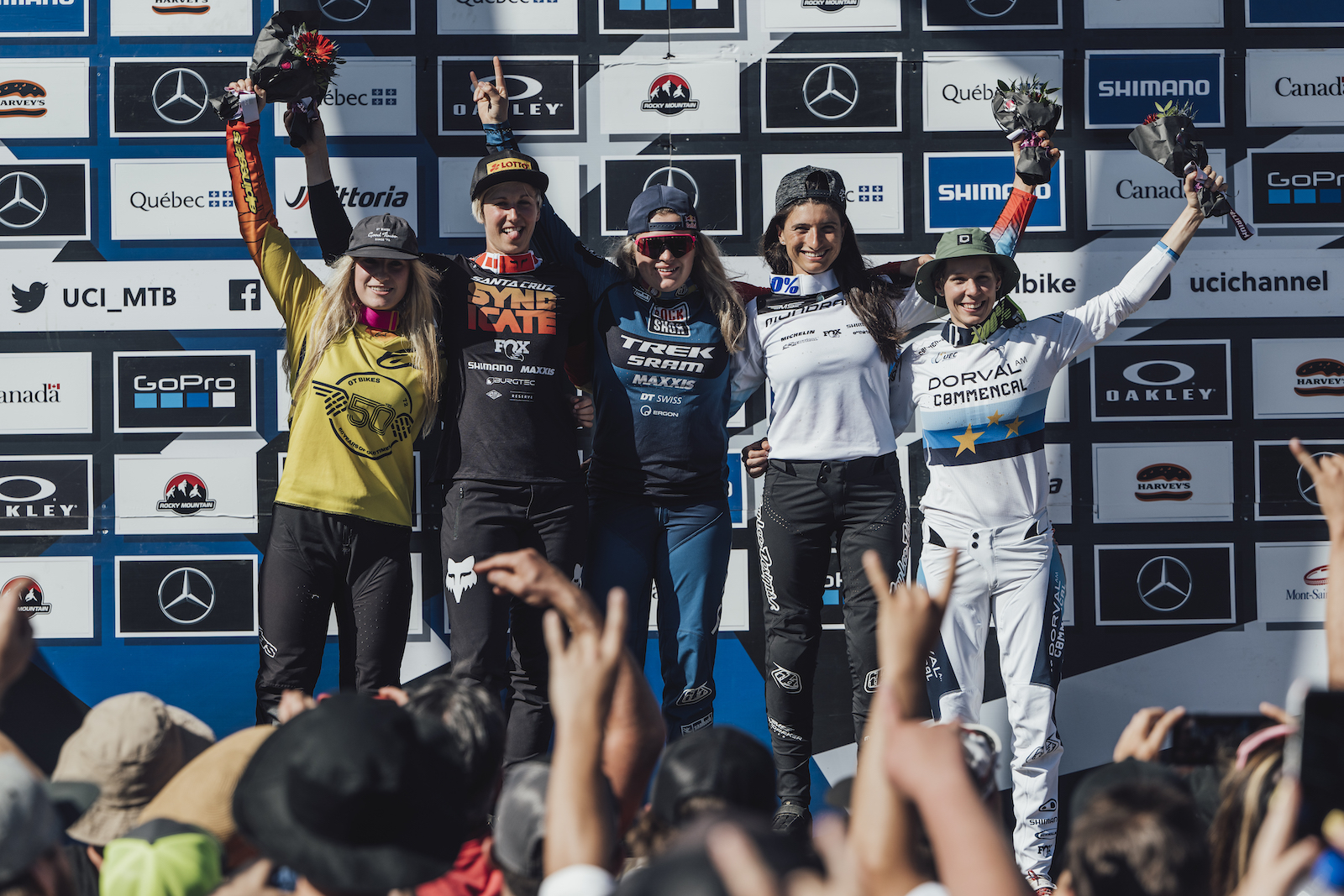 An exciting and hard-fought race also in the junior categories where Jackson Goldstone, world champion, circuit leader and Canadian at home, had to fight to win and take out Jordan Williams. Third position for another Canadian, Bodhi Kuhn. Phoebe Gale wins among the girls but it was not enough to undermine Gracey Hemstreet from the top of the overall standings.

The best DH athletes in the world will be back on track for the world championship which will be held in Les Gets from 24 to 28 August, while the next round of the UCI DH World Cup will be the finals of the 2022 season which will take place in Val di Sole in weekend from September 2nd to 4th.

Video/Interview: Vali Höll – One lesson at a time