From EWS – In the Enduro World Series men’s race it was a glorious home win for Jesse Melamed of the Rocky Mountain Race Face team. The homegrown hero stormed to victory in front of his family and friends who helped fuel a hugely vocal local crowd. Melamed won four of the six stages and by significant margins. He was pushed hard right up until the final stage by the man who started the race as series leader, Yeti/Fox Factory Team’s Richie Rude. The American came second on all four stages that Jesse won and took the win on what was the race’s queen’s stage where Melamed came ninth. He trailed by just 10.13 seconds going into the final stage but ended the day 44th after haemorrhaging time with a blowout. EWS 2021 Men’s champion Australian Jack Moir (Canyon Collective) enjoyed a return to form to take second place 16.03 seconds behind the Canadian after more than 41 minutes against the clock. Melamed’s Rocky Mountain Race Face teammate and countryman Remi Gauvin took third. 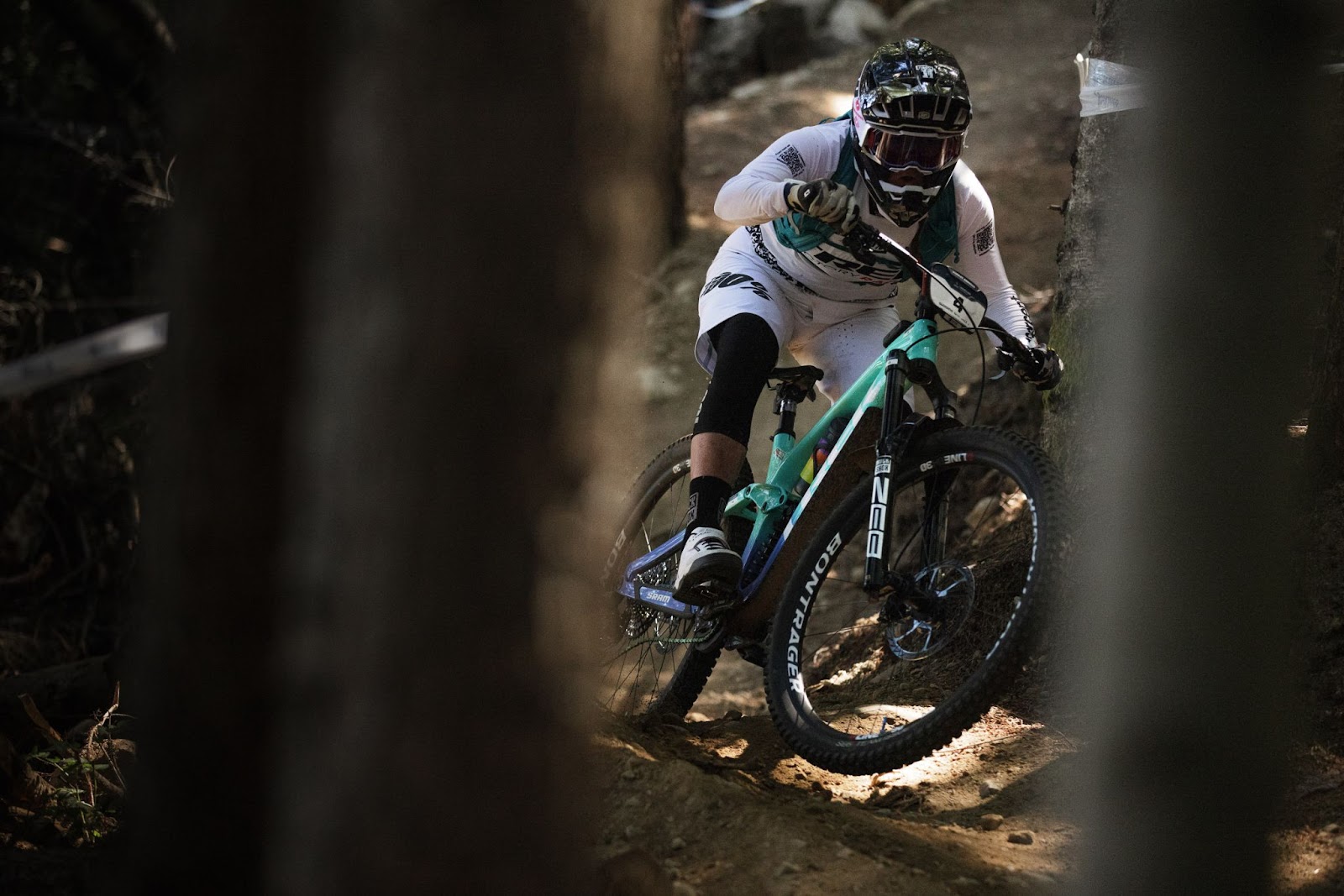 The U21 women’s race was won by Chilean Paz Gallo Fuentes with American Ainsley Haggart in second and her compatriot Lauren Bingham third. The U21 men’s race was a Canadian 123 with Seth Sherlock holding off Emmett Hancock. Lief Rodgers was third. 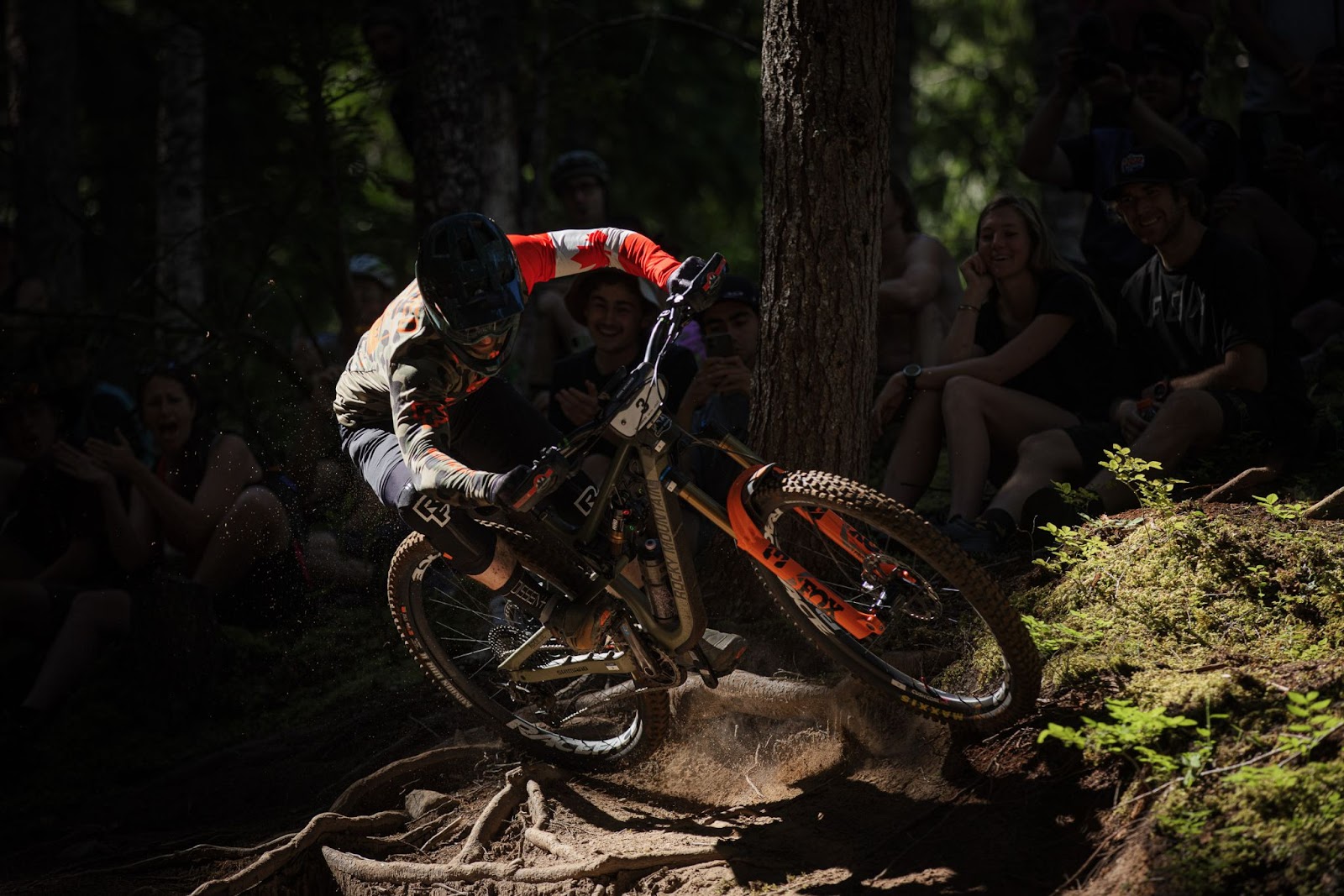 Team of the day were Rocky Mountain Race Face, second place were Pivot Factory Racing and third were the Canyon Collective.

Melamed will don the yellow plate of series leader with 2080 points going into the fifth round of the EWS next weekend at Burke in Vermont, USA. Rude drops into second spot 295 points behind. Isabeau Courdurier holds the lead in the series with 2000 points ahead of Morgane Charre and Harriet Harnden. Full series rankings here 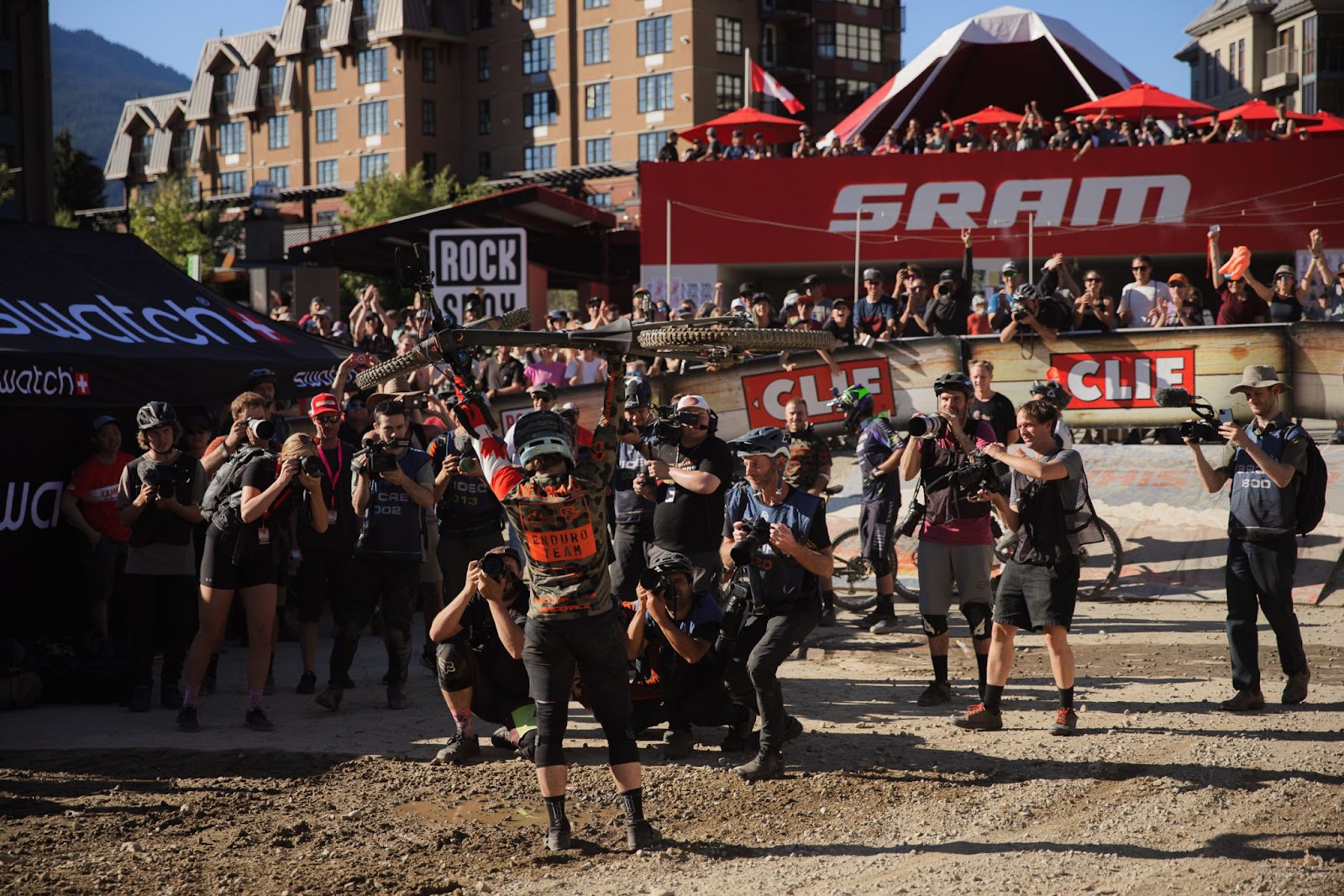