When the Transition Spur first came out, Transition sent one out for testing. Although I was initially a little hesitant about the light duty trail / aggressive XC category, the bike quickly won me over with its freakishly good fun: weight ratio. I loved the crazy low weight mixed with rather aggressive geometry, plus I’m a total sucker for the new direction Transition has taken with their industrial design. So, I decided to keep it and make it a touch more plush. 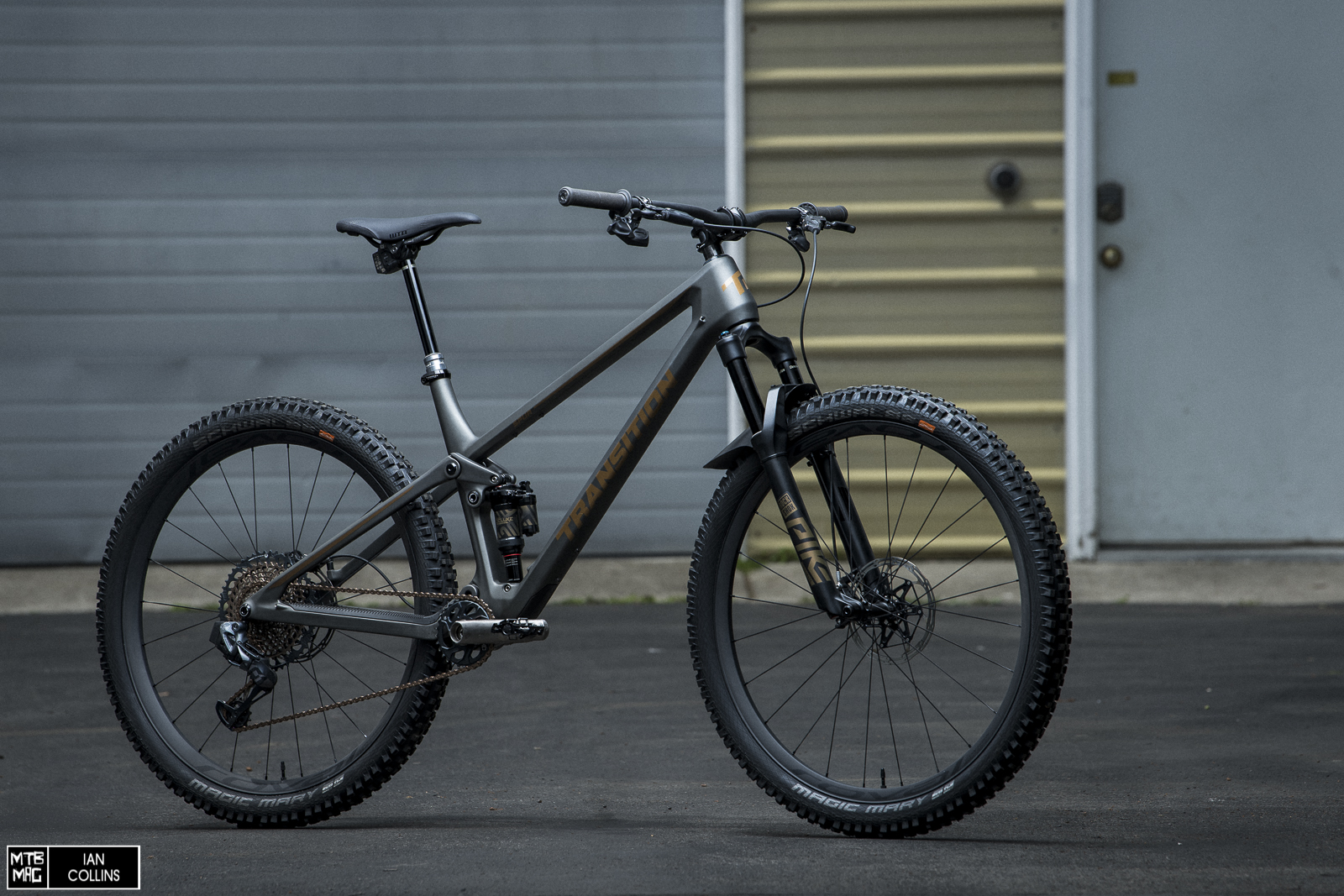 Aside from a hand picked parts package of some of my favorite bits, my goal was to get a little more out of the suspension without altering the nature of the bike too much. The SIDLuxe rear shock and SID Ultimate fork were pretty impressive, given how light they are, but I wanted to see what the bike could do if I lost some weight elsewhere and opted for a beefier fork and a piggy back shock. Here we go… 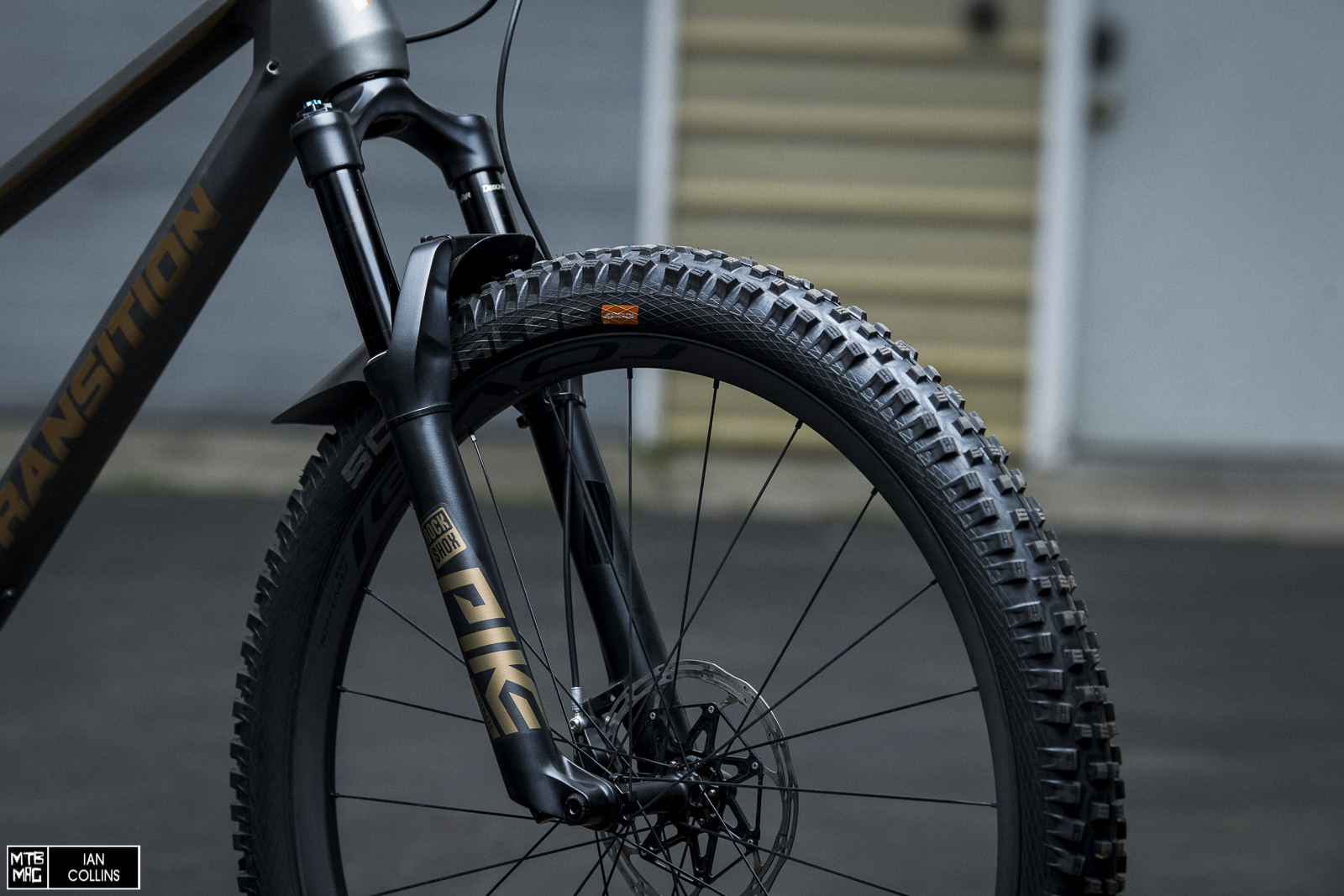 Starting up front I bumped up to a RockShox Pike, which is a bit stiffer and more plush as compared to the SID. 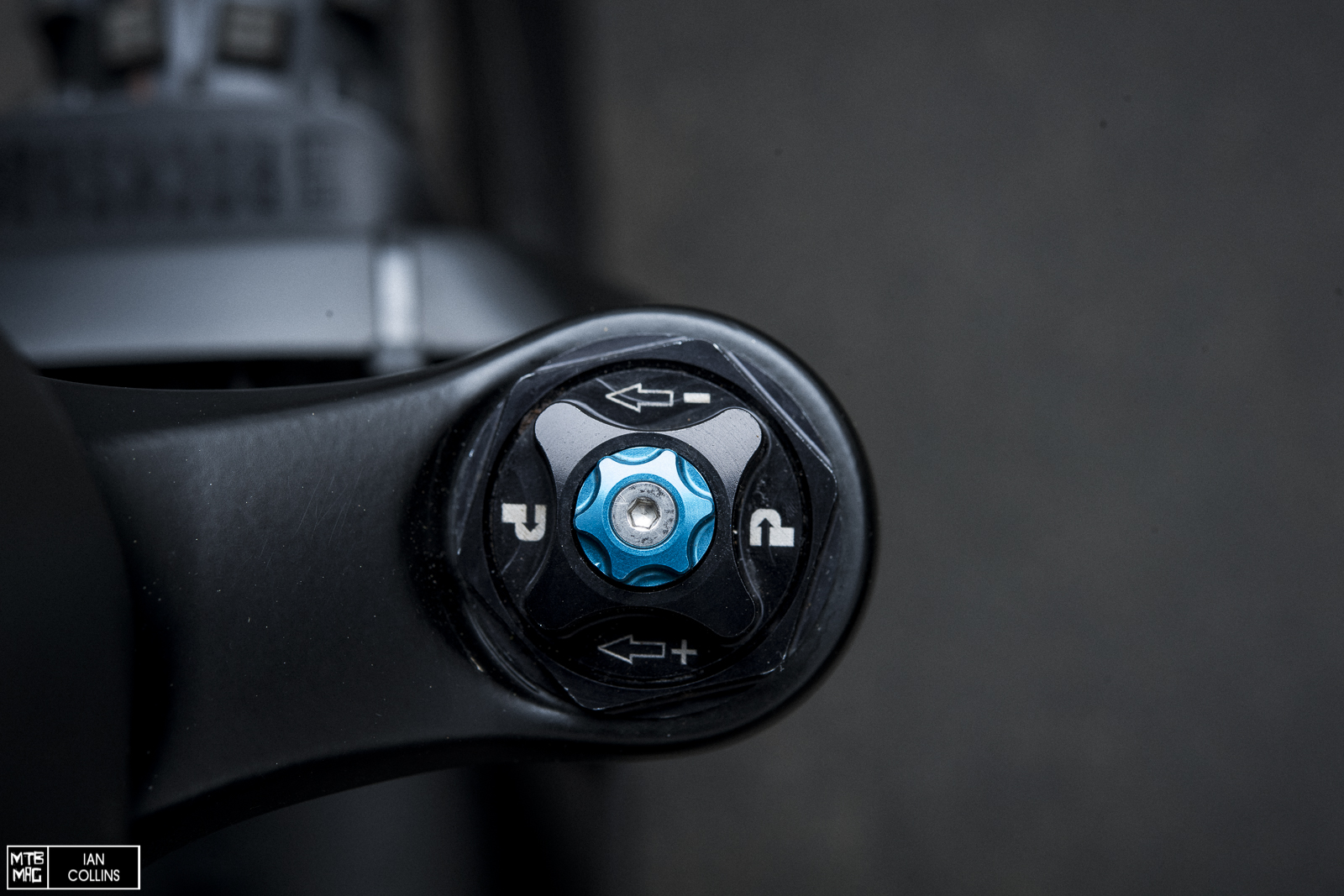 I also went a step further and installed a Push HC97 damper cartridge upgrade in the fork. Out back I opted for a RockShox Super Deluxe. It’s a bit more buttery than the SIDLuxe and it handles long descents a little better thanks to the added oil volume and the piggyback. Special thanks to Sean at Fluid Function in Squamish for installing a shorter reservoir so it would clear the downtube on full bottom out. 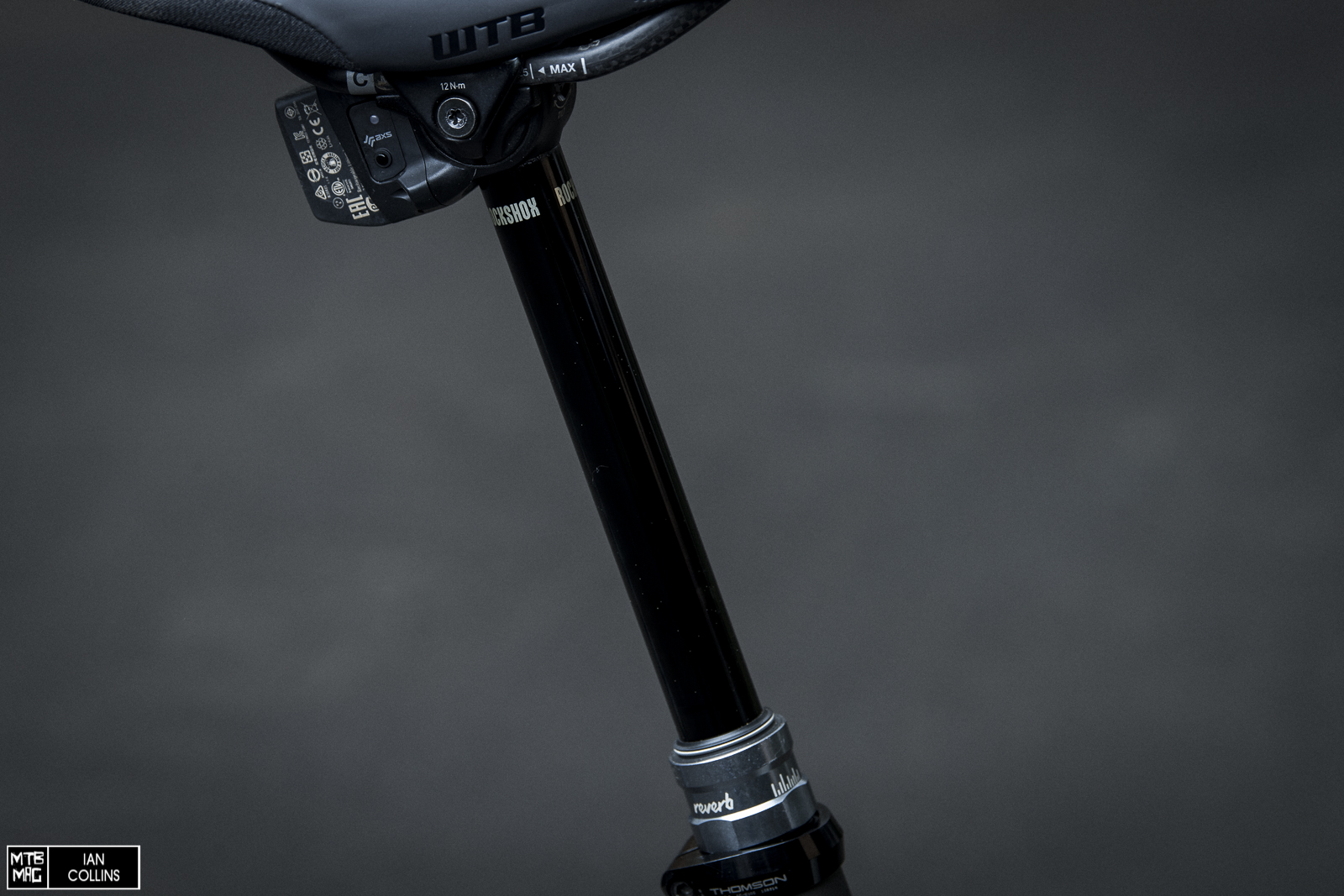 I slapped a 170mm RockShox Reverb AXS seatpost in to help get ride of an extra cable. Roval’s Control SL wheelset blew my mind when I tested them a while back, so those were a given. The wheels have an unbelievable ride quality for how light they are. 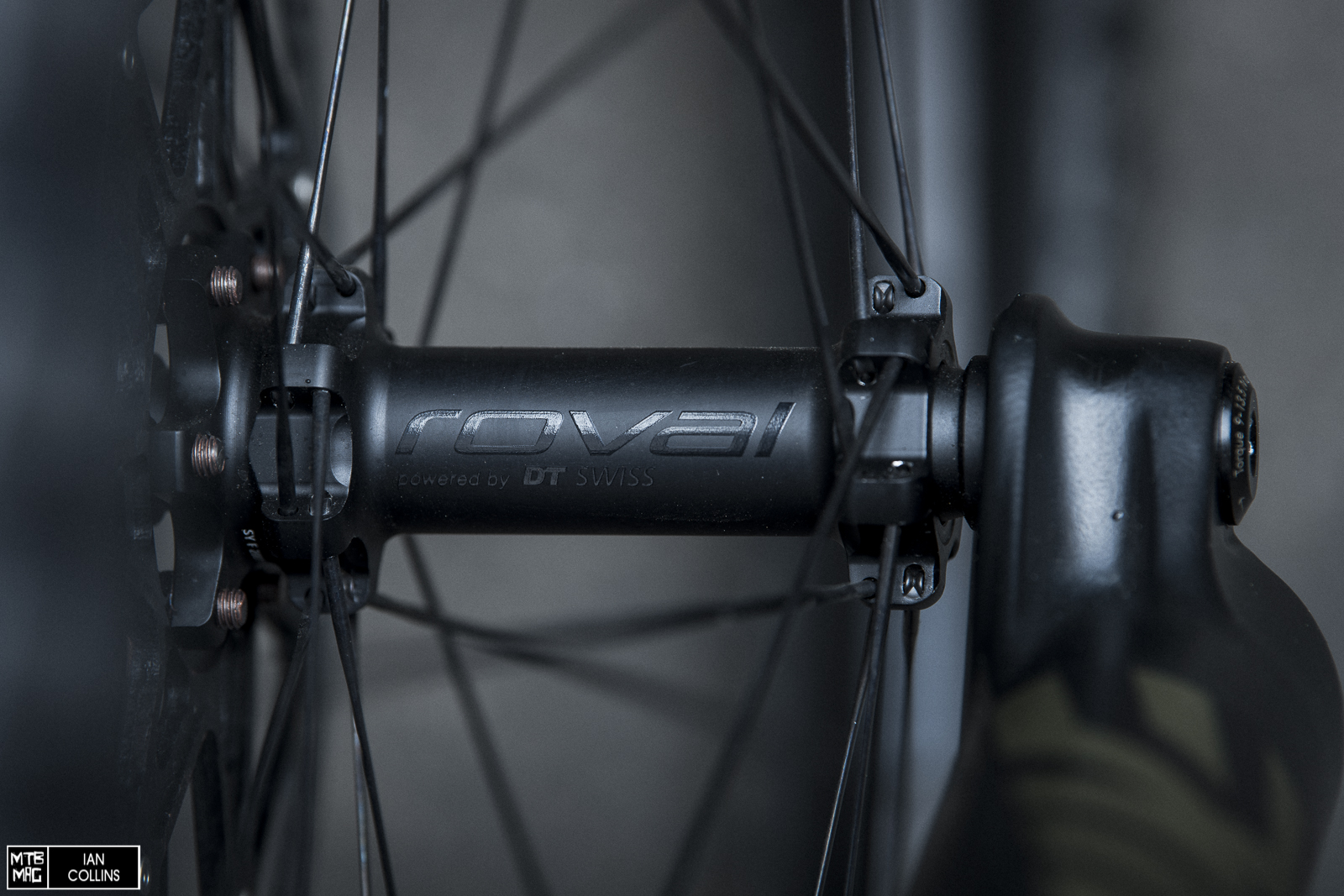 The Control SLs manage to tip the scales around 1240 grams, in thanks partly to their ultra minimalist hubs. 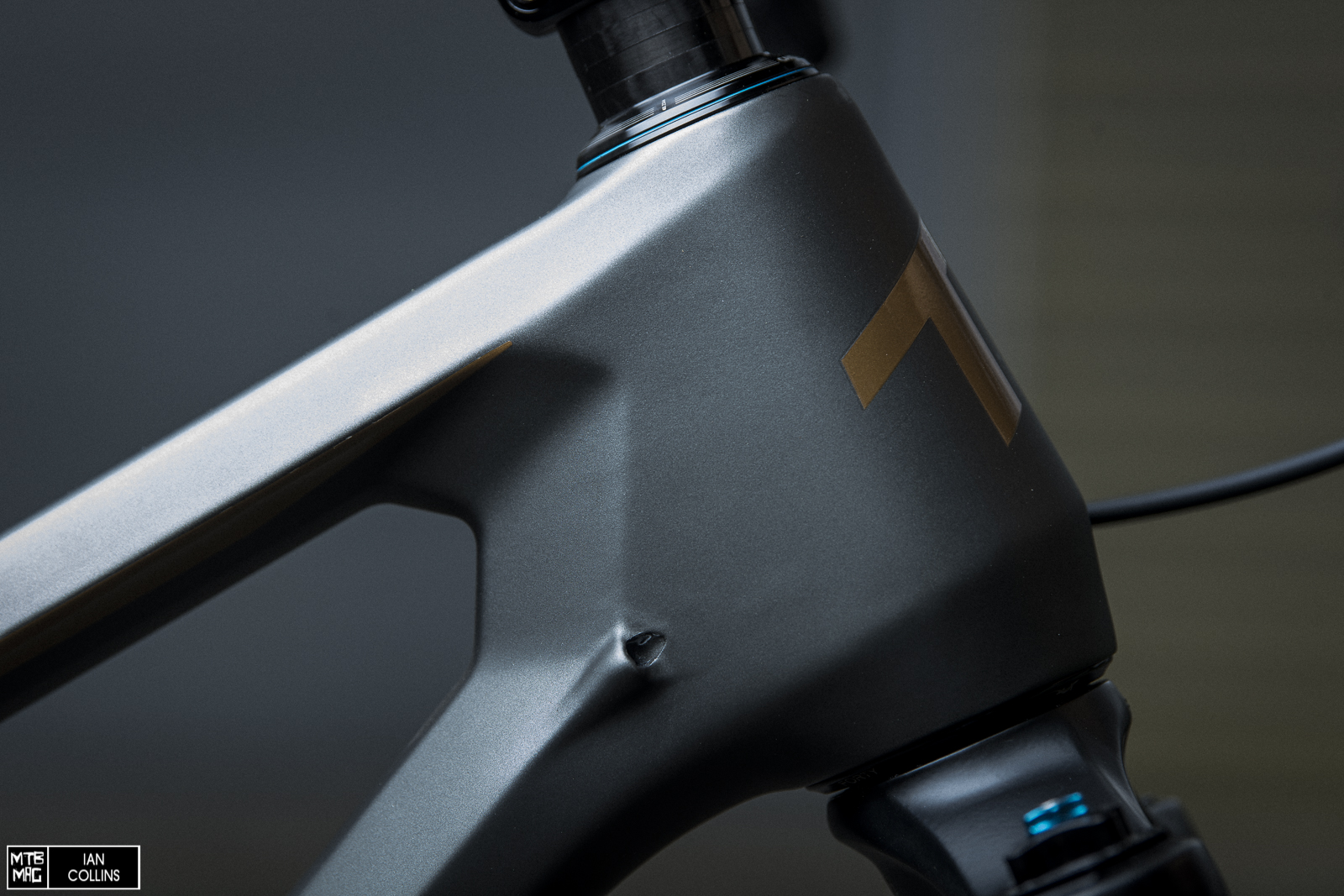 Did I mention that I love Transition’s latest industrial design? 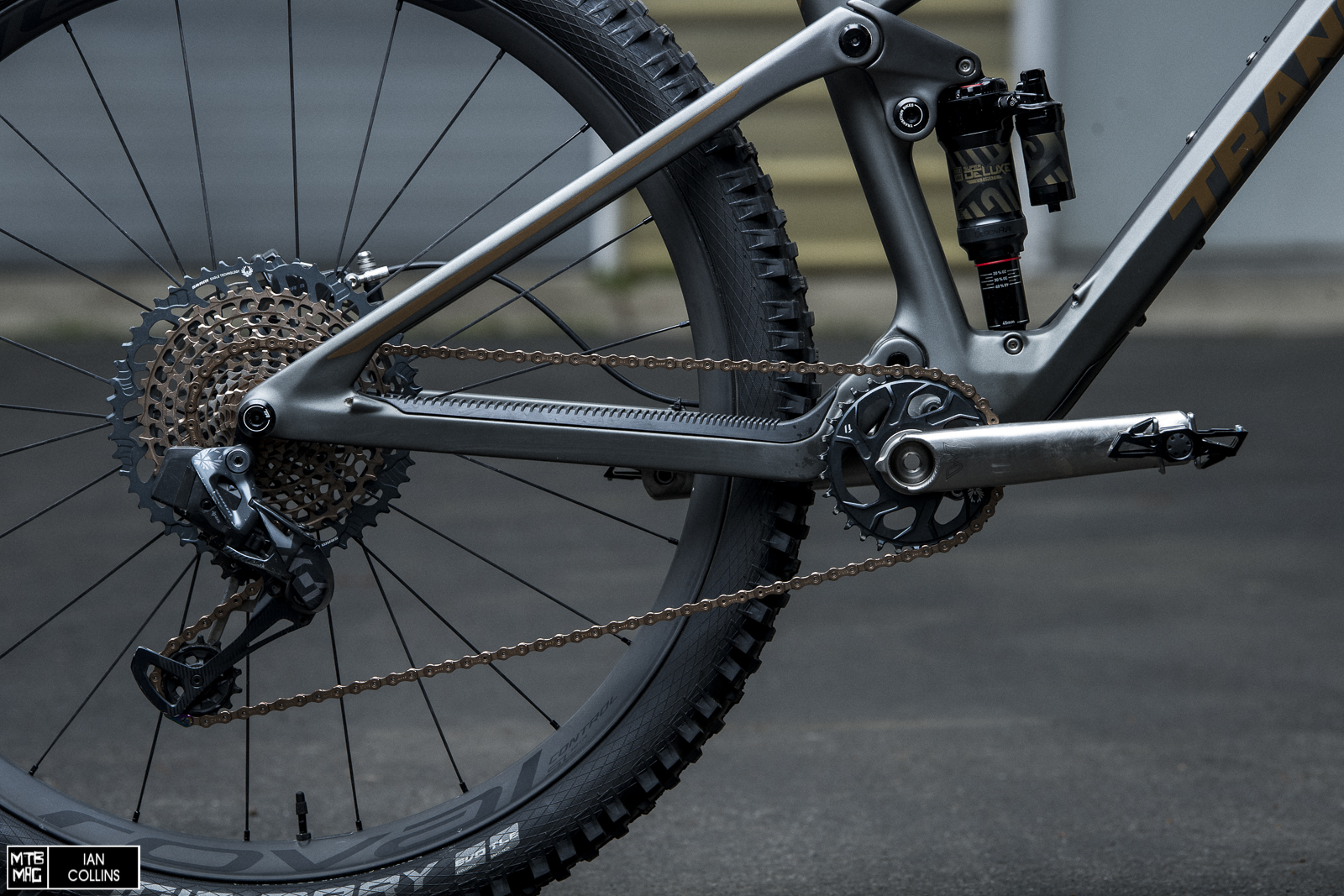 I went with a SRAM Eagle AXS drivetrain in copper to match the decals. 30T up front and a 10-52T rear. I also managed to drop a cable this way as well. 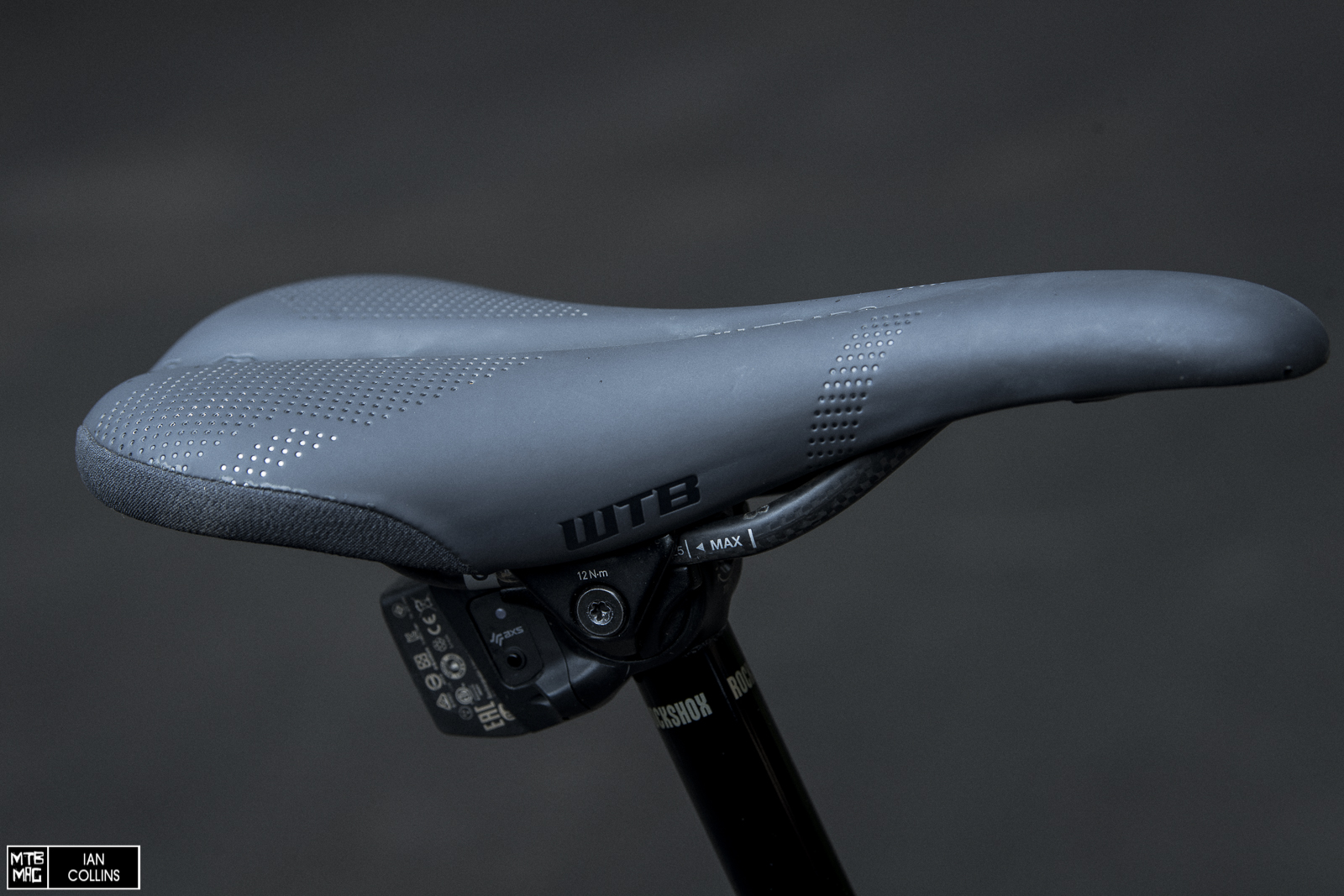 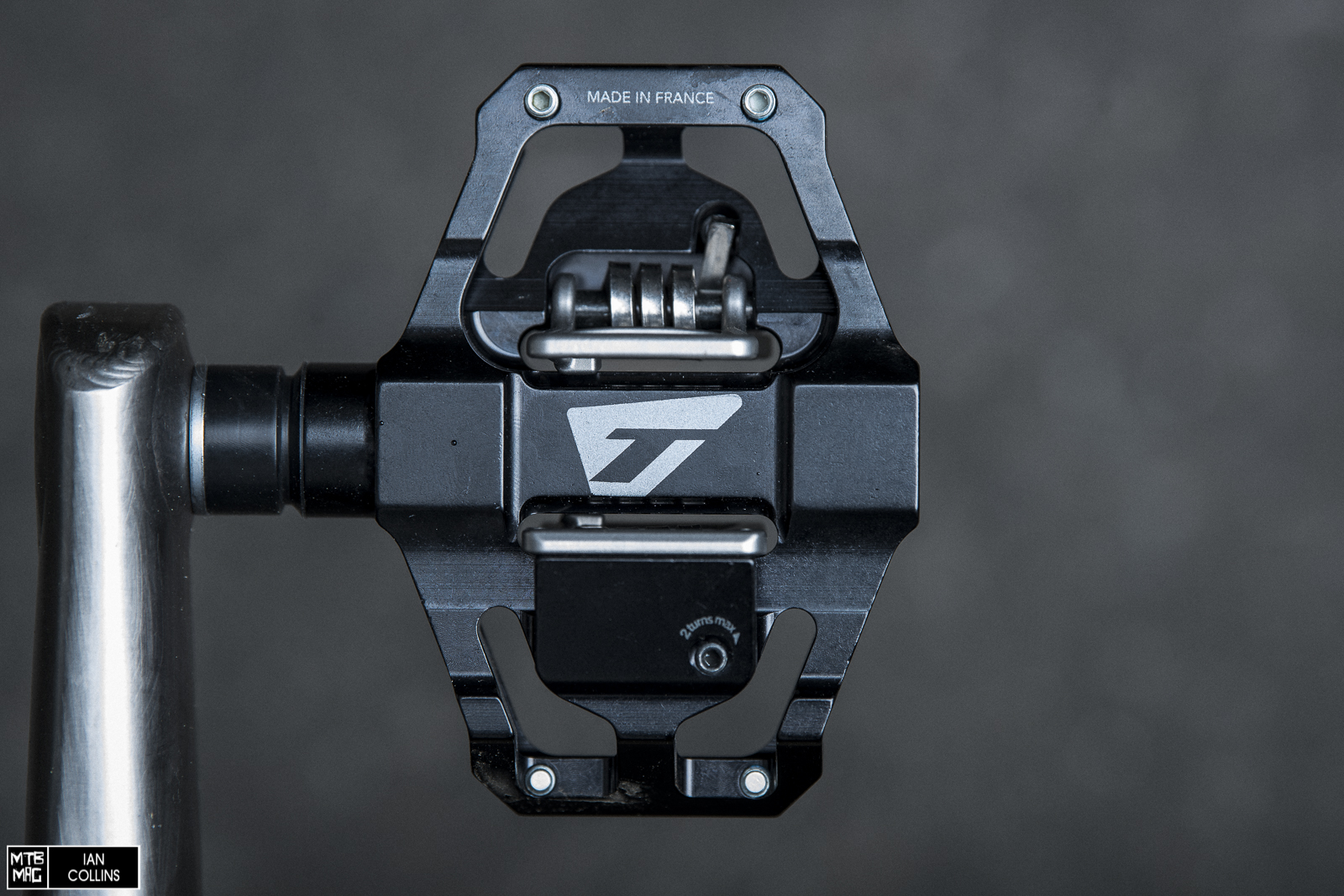 I opted for Time’s ATAT Especiale 8, which are slightly smaller compared to the Especiale 12, but feel every bit as good. 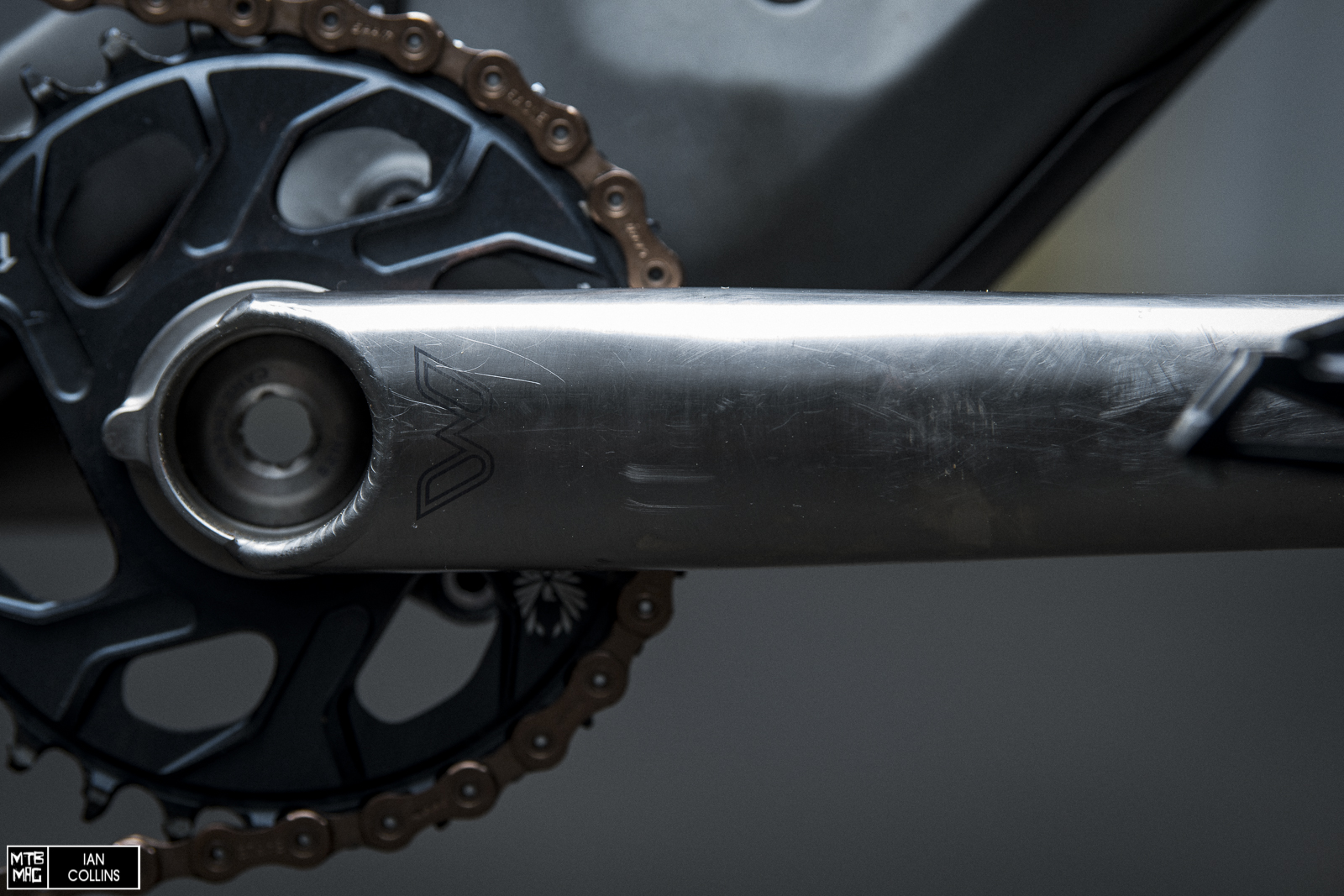 Cane Creek’s ultra light hollow titanium eeWings are notably stiffer and will last many a bike. 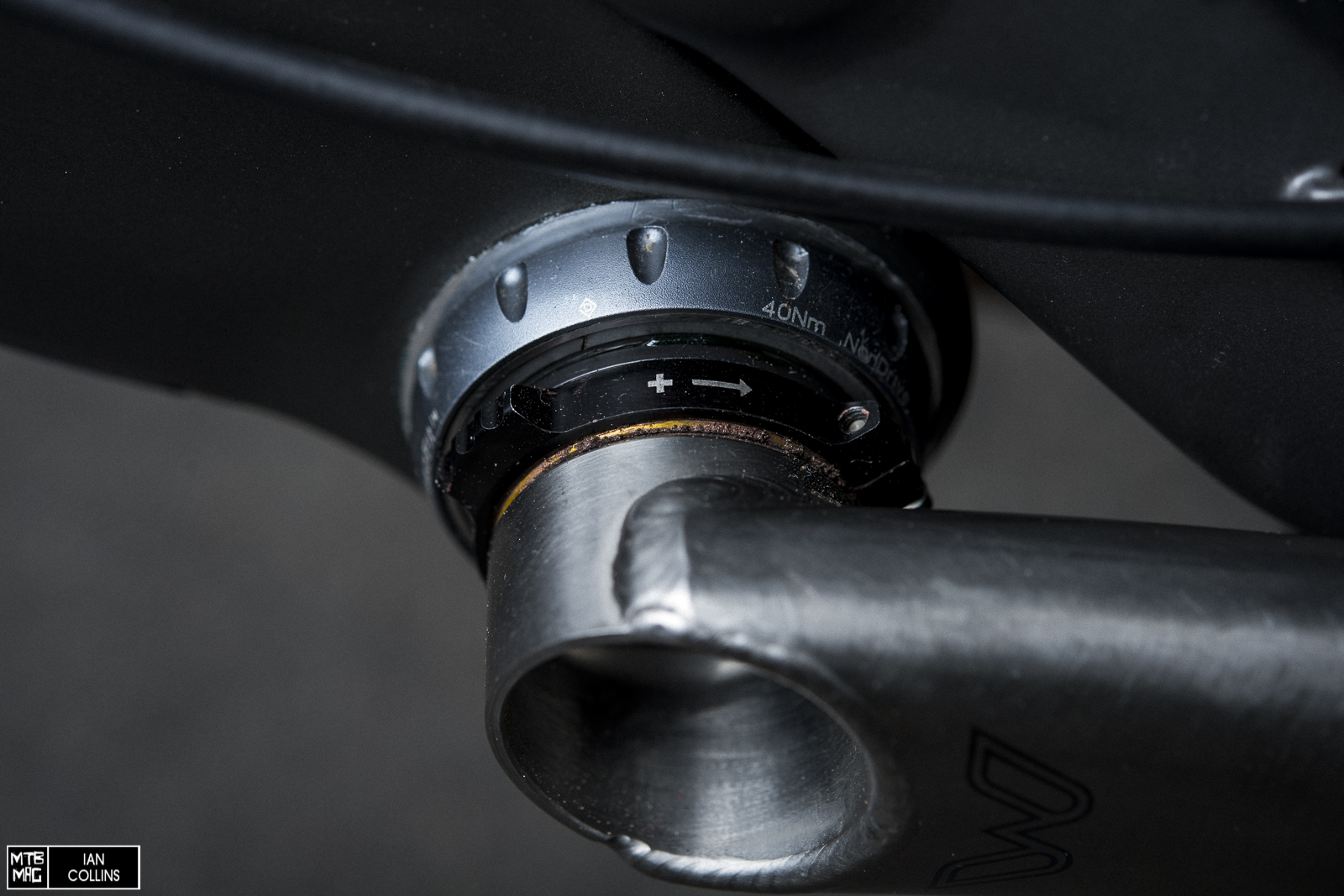 I have the eeWings rotating on a Chris King threaded BB, which should easily last as long as the cranks. A nice, clean front and with just two hoses. I also kept the Race Face Turbine stem. It’s sleek, light and the 50mm length was spot on as well. SRAM’s G2 RSC’s offer just the right amount of power and great modulation for this category. To save some more grams I installed the lighter weight Centerline X rotors front and rear in 180mm. I figured a bougie seatpost clamp is also a must and the look of the Thomson is second to none. Most people might think that Schwalbe’s Magic Mary tire is excessive for a light duty bike like this, but I wanted to make it more capable and it just might be my personal favorite tire. I actually tracked down an older version of these in a lighter duty casing that weighs in around 845 grams, so as not to push the weight too far. I also upgraded the AXS controller with the new Rocker paddle, which I think is a big improvement in terms of ergonomics compared to the original paddle. Renthal push on Ultra Tacky grips also helped me save some weight without giving up too much grip on the bars. A super grabby option for how minimalist they are. Thanks to everyone who helped me get this thing together!

[Video] A Day on Patrol with Tilly and Skye