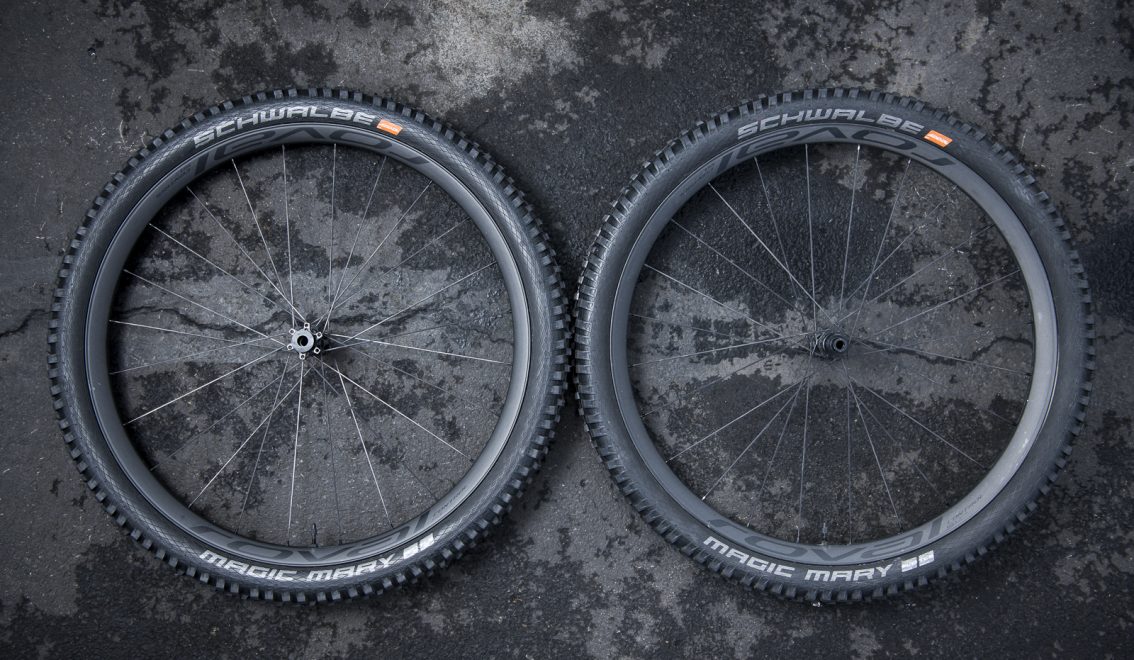 For the last few months I’ve been spending time on Roval’s latest XC wheelset – an engineering marvel dubbed the Control SL. Tipping the scales at just 1,240 grams (actual) they are shockingly light – even for a high end race wheelset. Upon first hearing that figure, most might assume that the weight savings came from a stripped down rim that could buckle if you looked at it the wrong way. In reality, quite the contrary as the rim is surprisingly robust and boasts much beefier dimensions than your average XC rim. So how did Roval the weight down so damn low, and how did they hold up under real world riding? Read on to find out… 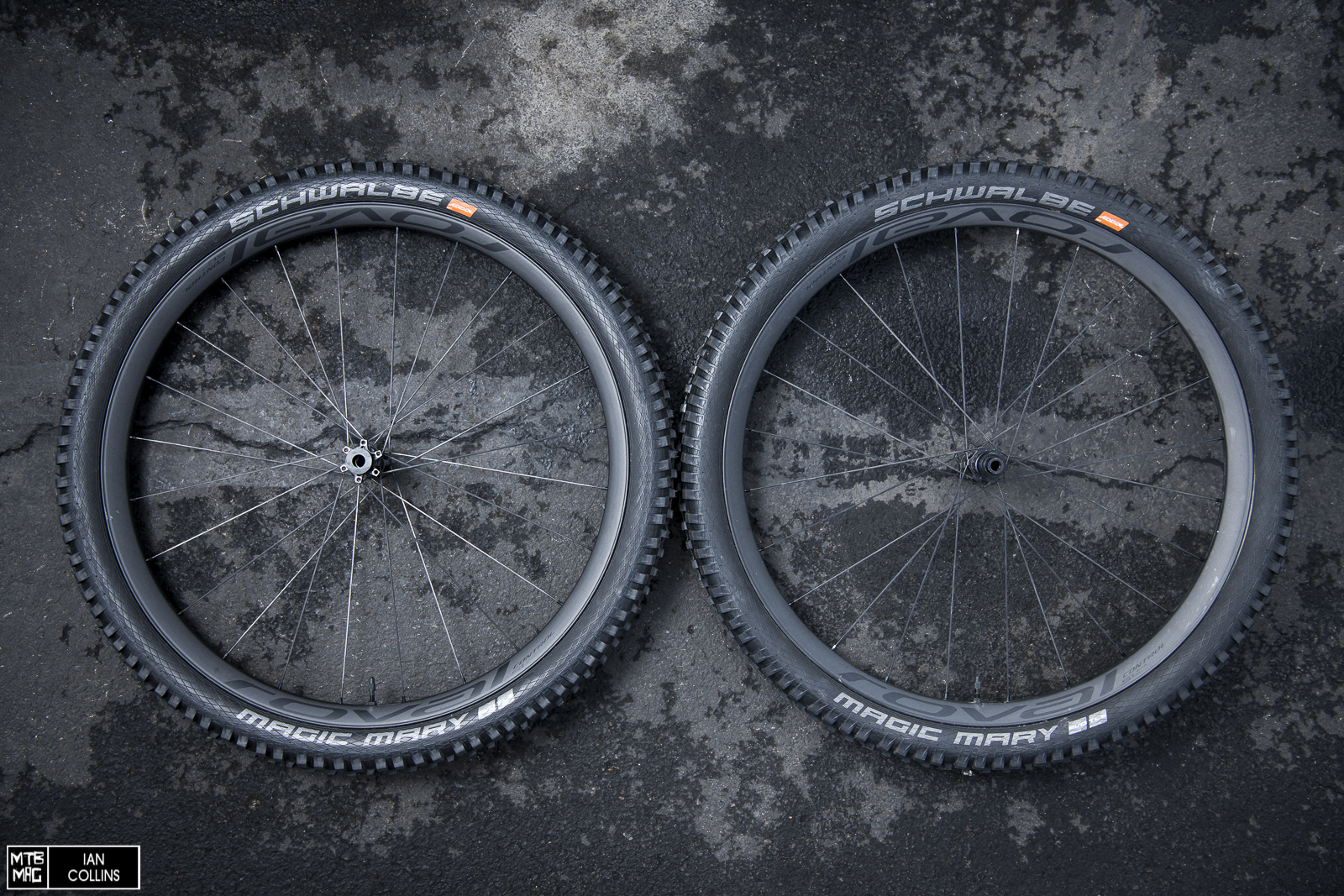 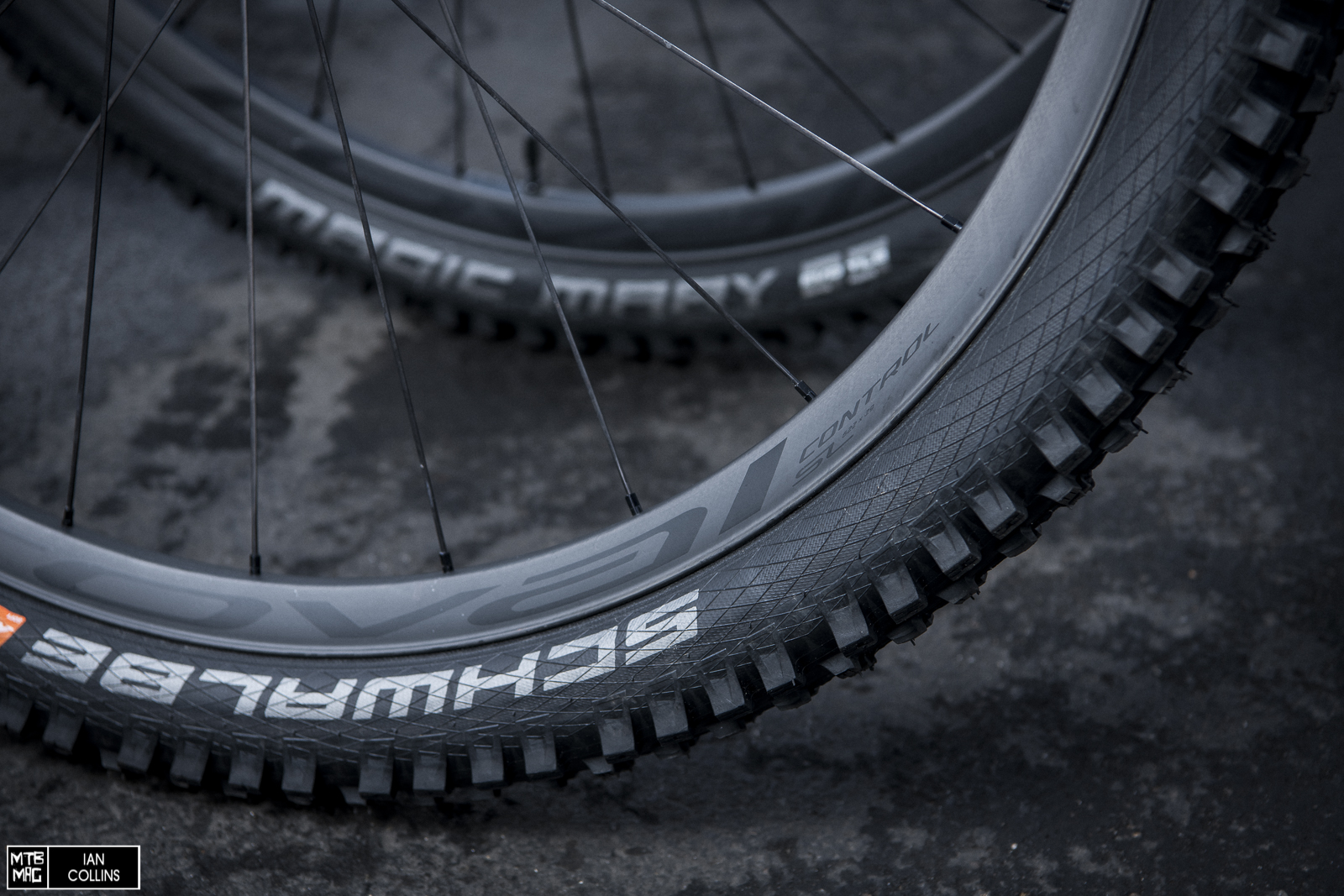 I’m not sure what the more impressive aspect is – the rims or the hubs – but we’ll start with the rims. Roval went with rather wide 29mm inner diameter and compared to the last iteration, they’ve reduced the height of the rim to make it more compliant, amongst other things. 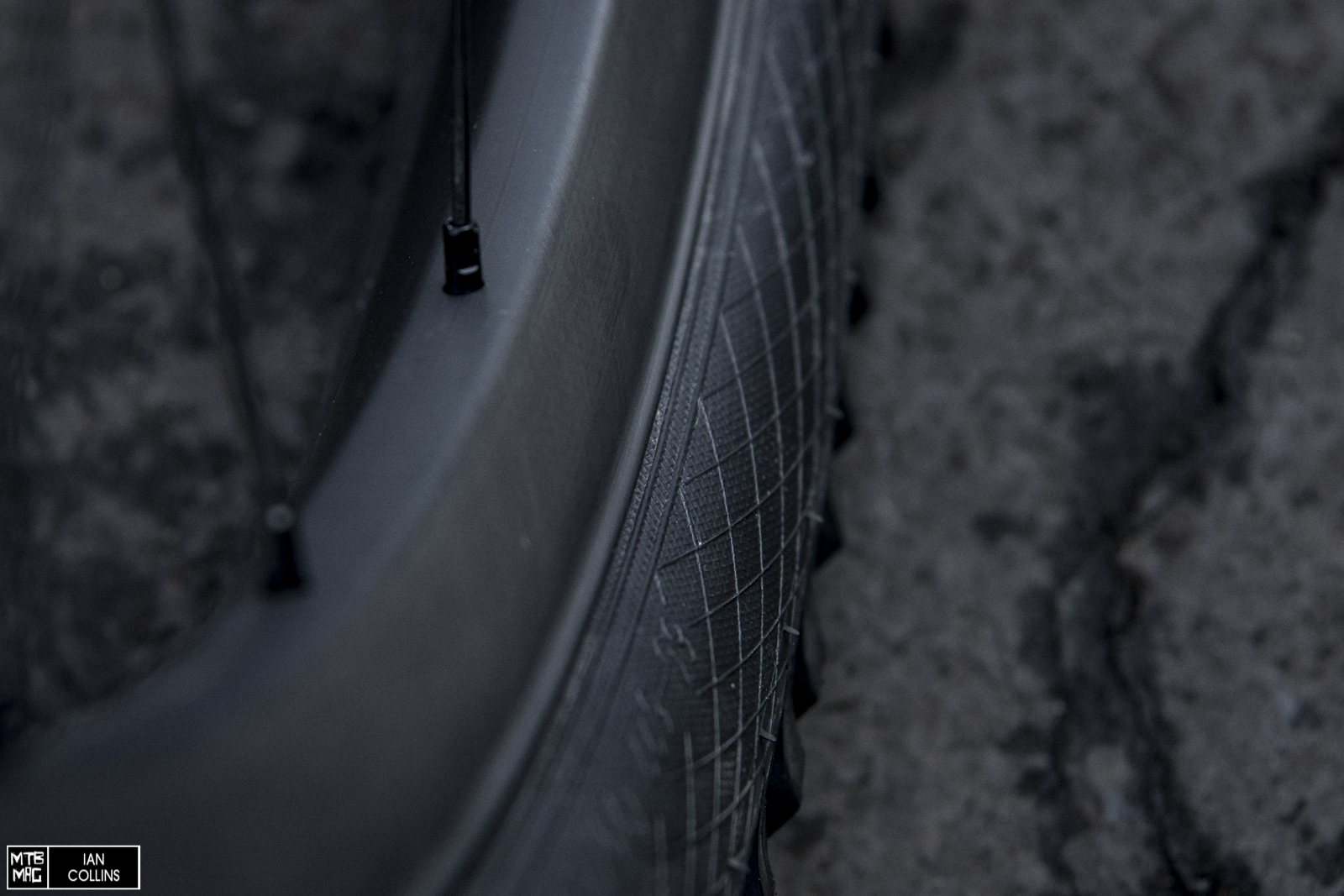 Perhaps one of the most intriguing (and brilliant) design highlights is that the bead wall is 4mm thick at the top. As you can see in the photo above, the rim dramatically widens where it meets the tire. By broadening this surface, the likelihood of pinch flatting is greatly reduced. This is simply due to the reality that a more blunt surface is less able to cut through the tire. In simple terms they put added material where it is most crucial, but not anywhere else. 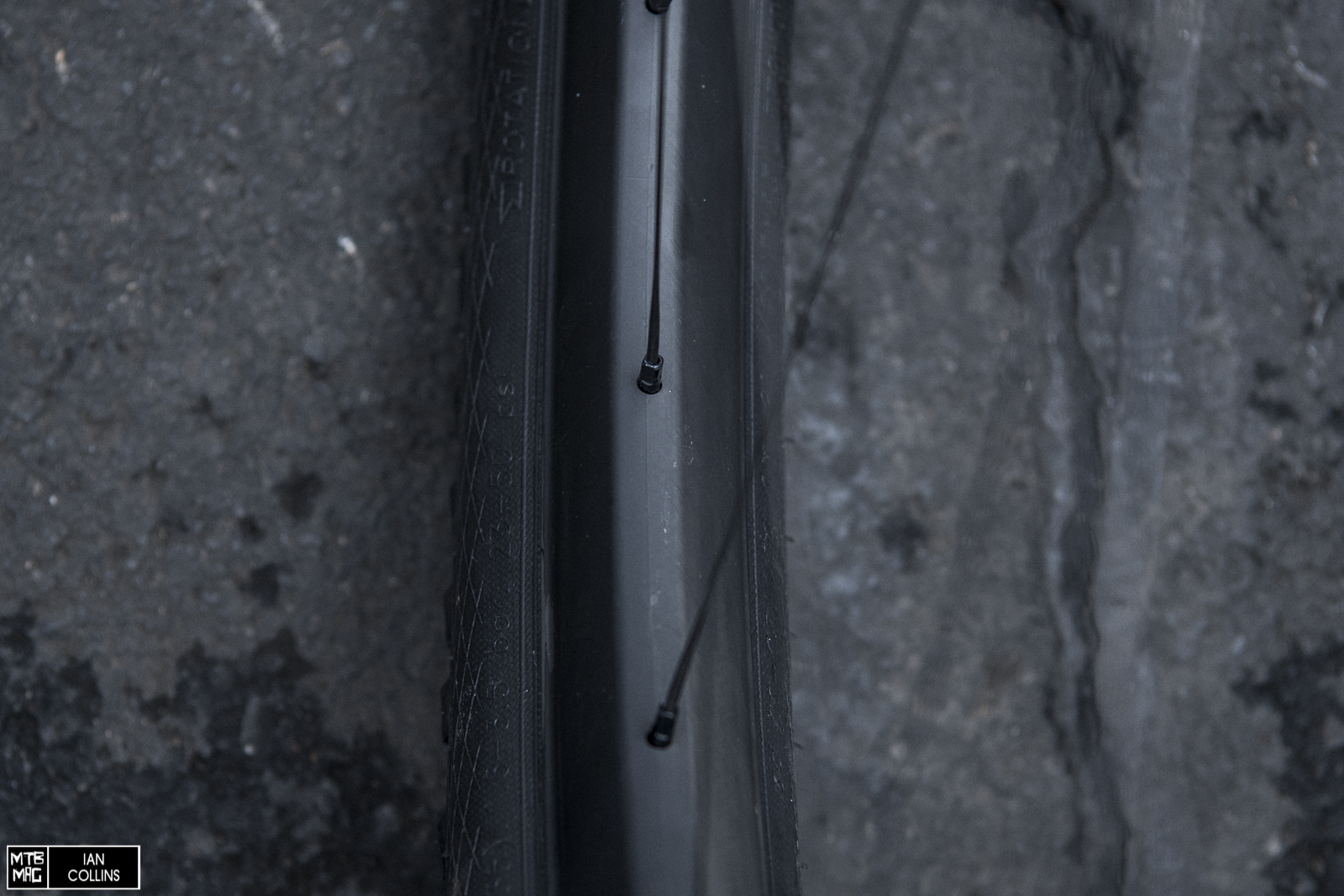 Another update to the rim profile is that it has been given a more dramatically asymmetrical profile to provide better bracing angles at the spokes. This helps balance the wheel’s strength from side to side and leads to a more robust, durable wheel overall. 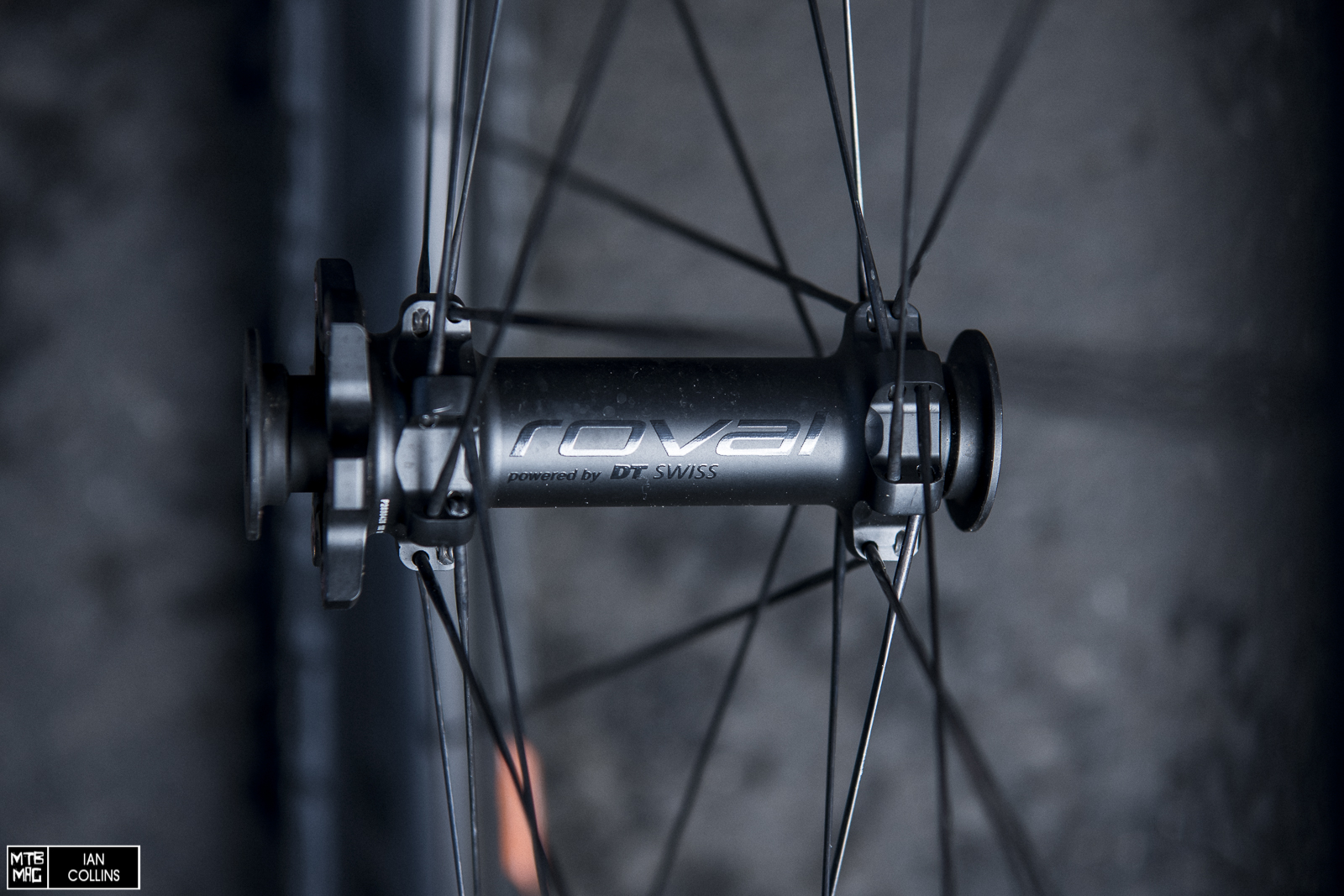 If you assumed most of the weight savings came from the rim’s redesign, you’d be mistaken. A substantial chunk of weight has been taken out of the hubs. The ultra low flanges use straight pull spokes – 24 of them front and rear, to be precise. Roval managed to design the hub dimensions so that only one spoke length is needed on all four sides. This is always a bonus for upkeep, builds and emergencies – but to pull it off while simultaneously shedding so much weight is more laudable still. 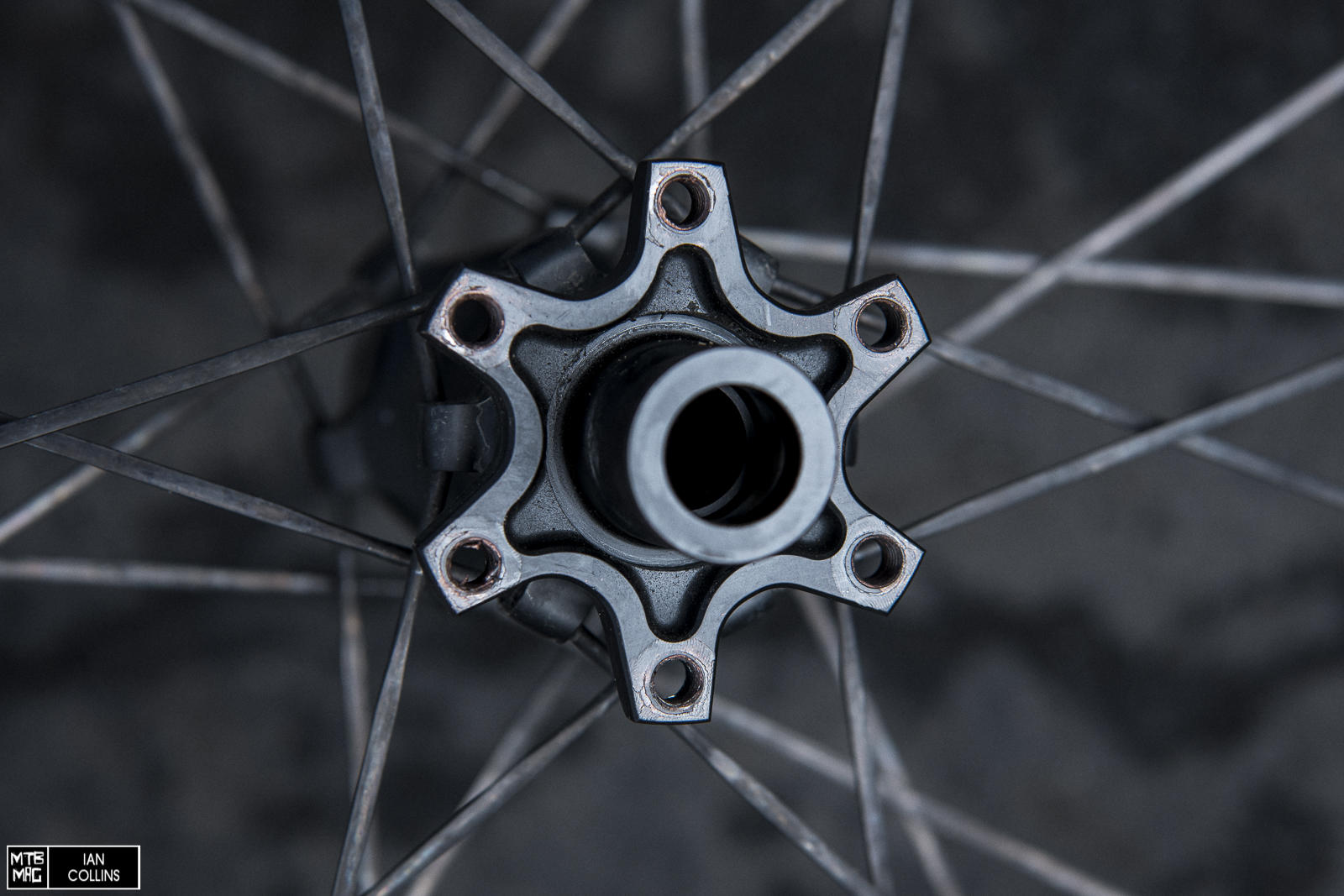 No excess material is the mantra. Note the relief around the inside of the 6-bolt rotor mount. Also worth a call out, Centerlock fitment is also available. 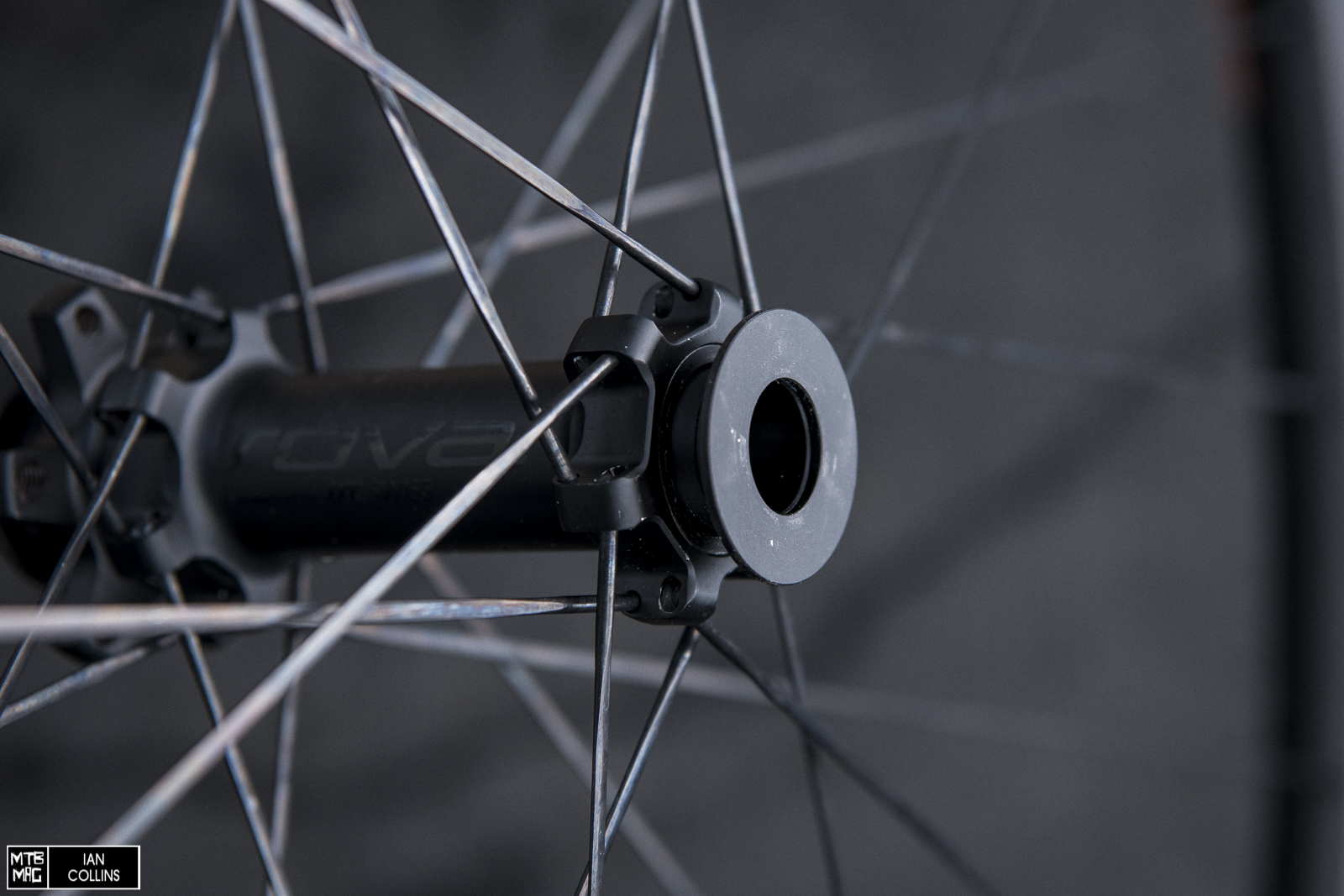 If that end cap looks funny, your eyes do not deceive you. The standard end caps don’t look so tiny next to the hub shell – the one pictured above is for the RockShox Torque Cap version, which is included with the wheelset. In short, Torque Caps help improve torsional rigidity at the fork/hub interface. On the topic of the front hub, the main way it lost a great deal of grams was by forgoing a separate internal axle. Rather, the bearings – which are ceramic – press right into the hub shell directly and mate directly to the fork’s 15mm axle. 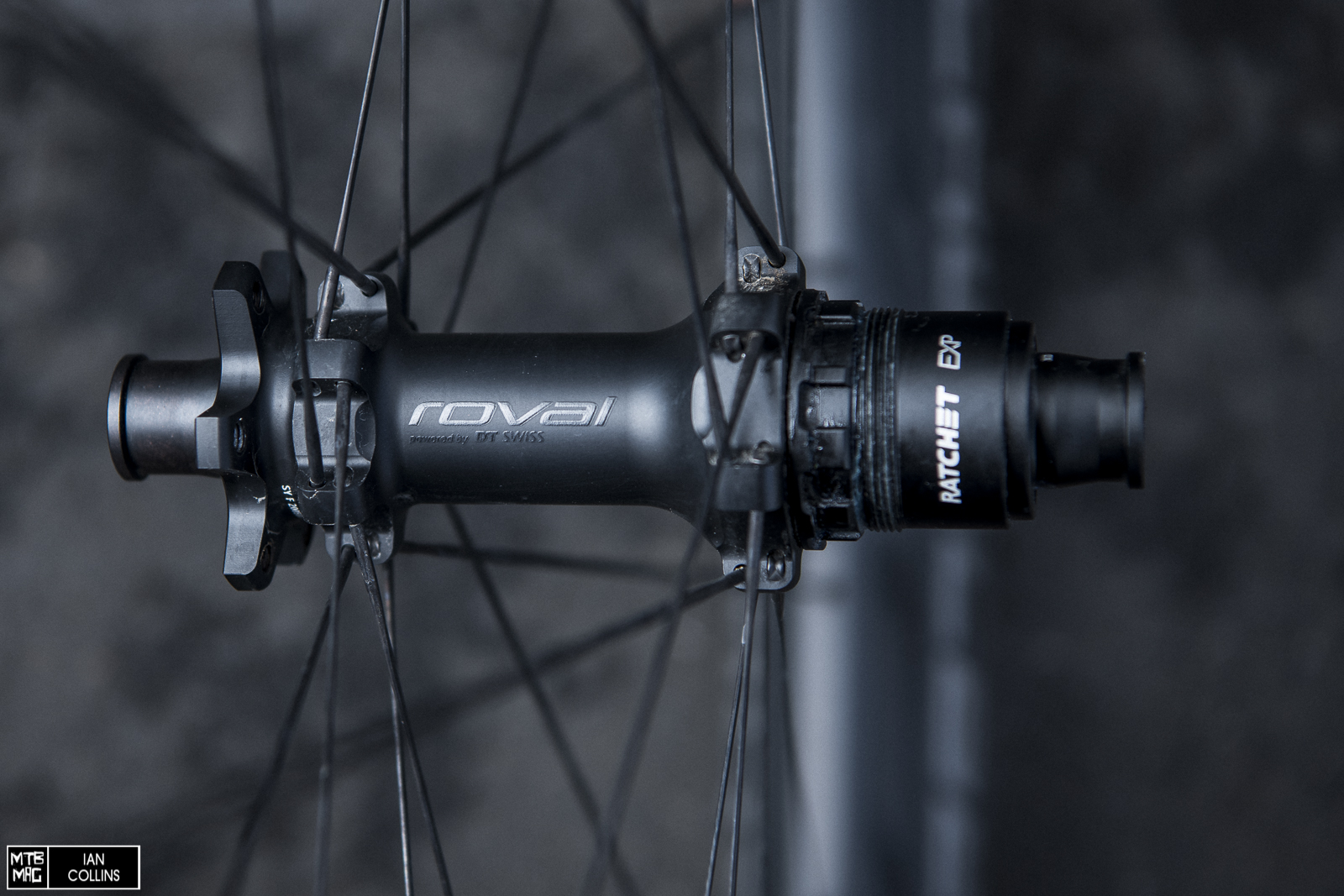 The hubs share many of DT Swiss’ ultra lightweight 180 hub parts. Inside the driver body is the new, improved and simplified Ratchet EXP 36T, an engagement mechanism that uses DT’s legendary star ratchet system for tool free access and rebuilds.

I initially caught wind of the new wheelset last Spring, which was around the time of the Specialized Epic EVO’s launch. Upon chatting with some contacts at Specialized I expressed hesitation as to how tough these new hoops would be after hearing the weight. They informed me that as part of their testing, Curtis Keene had been riding them on his Enduro for months with no issues. **Let’s be clear – that is NOT what they’re intended for and doing such things will likely void your warranty.** The point is, this came from people I know firsthand and trust quite well, so it serves as a testimony to their strength. I’ll get to my findings later, but first let’s discuss ride characteristics.

Starting with setup, I opted for the standard rim tape as opposed to the plugs, which do save some weight if you have the patience to install them. I began with more XC oriented tires on my Transition Spur, but as bad conditions came about with Winter I opted for Schwalbe Magic Mary tires in search of more traction. That might sound like overkill, but I was running them in lighter duty ~840 gram casings. Anyhow, I generally have kept the pressure in the 23 front / 25 rear PSI range and have had zero flats and no burps. All of the tires mounted up tubeless in a snap, with a floor pump. 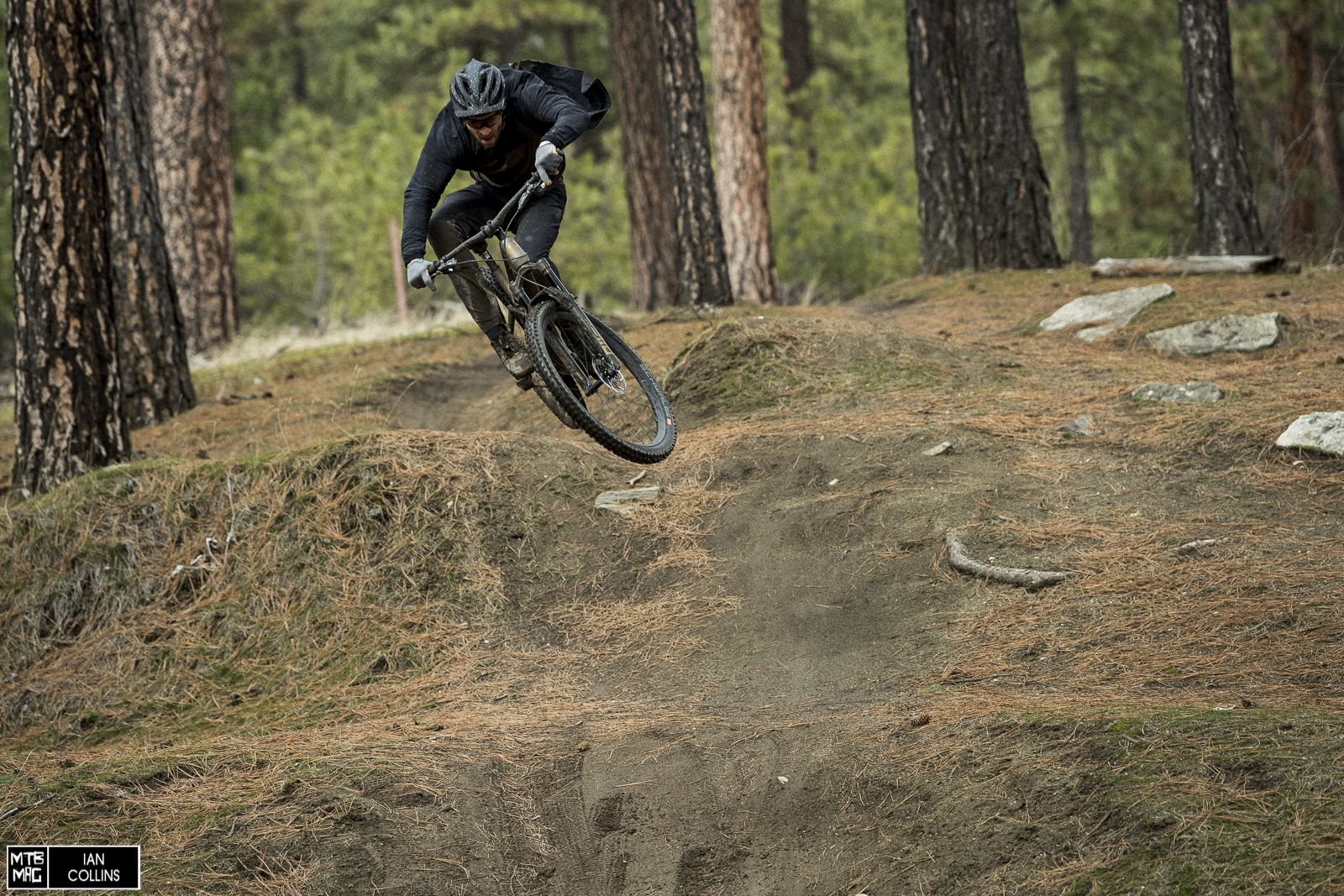 The first thing I noticed was the weight, or lack thereof. Rotational weight reduction, ie: in your wheels or tires, provides you with benefits that you’ll feel far more than weight saved on the frame or other parts. In any case, the best analogy would be like having extra power or better fitness – there’s simply no other way to describe it. Yes the Control SL’s are expensive but they deliver far more of an improved feel than something like a fancy set of lightweight cranks. Aside from the ease with which you can just spin your way through long days in the saddle, you really feel this aspect when you have to quickly get up to speed and accelerate through a steep, technical section or trail where gravity, stability and traction is working against you.

Once I pointed the bike downhill I was taken aback by the rigidity and precision in handling that was on offer. Looking at the hubs’ short spoke flanges and factoring in the low spoke count I assumed that these wheels would be a bit on the flexy side, but I was completely proven wrong. While this nods toward a really well designed rim, put it this way – I’ve ridden mid duty (read: Trail/AM) rated carbon fiber wheels that were substantially more flexy than these, while being a solid pound heavier. Regarding vertical compliance, I’d rate the Control SL wheelset somewhere in the middle of the road. There’s nothing inherent in their design that makes them take the edge off quite like a crankbrothers Synthesis rim or a Zipp 3ZeroMoto, but they don’t beat you up by any means. From an engineering standpoint, I’m not sure very much “give” could be baked into a wheelset this stripped down anyway. All in all, I had no complaints in that arena whatsoever. For a premium wheelset, one thing seems to be conspicuously missing – a fast engagement. As these wheels use DT Swiss internals, they steer toward the brand’s latest direction. With the announcement of the new EXP system, DT has taken the stance that ultra fast engagements have drawbacks, mainly in the form of exacerbating how much pedal kickback you feel as you cycle through the suspension. On short travel bikes, this is less of a glaring issue and you can upgrade to a 54T star ratchet should you choose – although spending more money to “upgrade” a $2,500 wheelset could be annoying. Personally, I am used to pretty quick engagement and I enjoy instant power out of a corner as much as anyone. That said, once I was on trail the slight lag occupied precisely zero percent of my attention span – but that’s just me.

As far as maintenance and durability is concerned, I was super impressed with the bearings. Seeing as they are high end (read: expensive) ceramic bearings, one should expect and settle for nothing less than perfection. Anyhow, after many months of hard use in inclement weather and heavy washings after most rides, they’re spinning as smoothly as they did on day one. Regarding the driver body, the new design of the EXP drive cannot be completely disassembled without the use of a special tool, but for the purpose of occasional tear downs you simply tug on the cassette and that exposes the system. You can clean and repack the drive mechanism with a shop towel and the appropriate grease in a couple of minutes. I did this a handful of times throughout and things are running great.

What’s most remarkable about the Control SL wheelset is not solely their staggeringly light weight – an engineering feat of its own – but the fact that they also manage to boast a seriously impressive ride quality on trail. As of the time of writing this, I’ve pointed them into many a rock garden with complete disregard and cased many a decent sized jump with zero consequence. I haven’t gotten a single flat and they haven’t come even a smidge out of round or true. I’ve also not managed to break a spoke – by the way, it’s worth noting they come with spares. With all of that in mind, if there’s one thing I know about carbon fiber wheels it’s that they can just “go” sometimes and it’s usually when you least expect it. Fortunately this wheelset is backed up by a very strong warranty program, so you can rest assured in your investment.

Now, lastly we do have to contend with the price tag and the value aspect. As complete carbon fiber wheelsets creep down in price, $2,500 is a hell of a lot of money. This reminds me of the old adage: “Strong, Light, Cheap – pick two”. Well, the Control SL’s sure are light and they are damn strong…If you’re a rider who can afford these, they are, in a single word transformative. For me, I pulled a set of pretty damn good DT Swiss XC wheels off of my Spur and when I put the Control SL’s on the bike became a completely different animal – simply put, it’s faster and handles much better. The wheelset’s quality is not the question – really it’s all just a matter of if you can spend that kind of money on a set of hoops. If you can and do, you certainly won’t regret it because it doesn’t get much better than this. 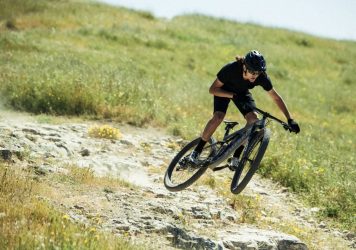 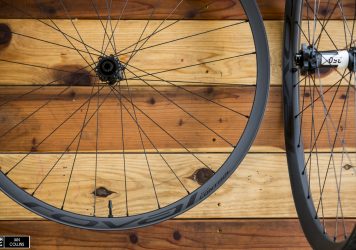