Over the past several years I’ve seen a handful of brands attempt to make subtle improvements to tubeless valves in an attempt to increase air flow and prevent clogging due to sealant, but no one has really been all that successful. Well, today Reserve Wheels – out of the Santa Cruz house – released a very cool set of new valves that truly take a 100% completely new approach which outshines the much outdated Presta system.

Our friends at Reserve were kind enough to send a couple of sample sets out for early testing over the last few months. Read on for a breakdown of what the Fillmore valves bring to the table as well as how they’ve worked out… 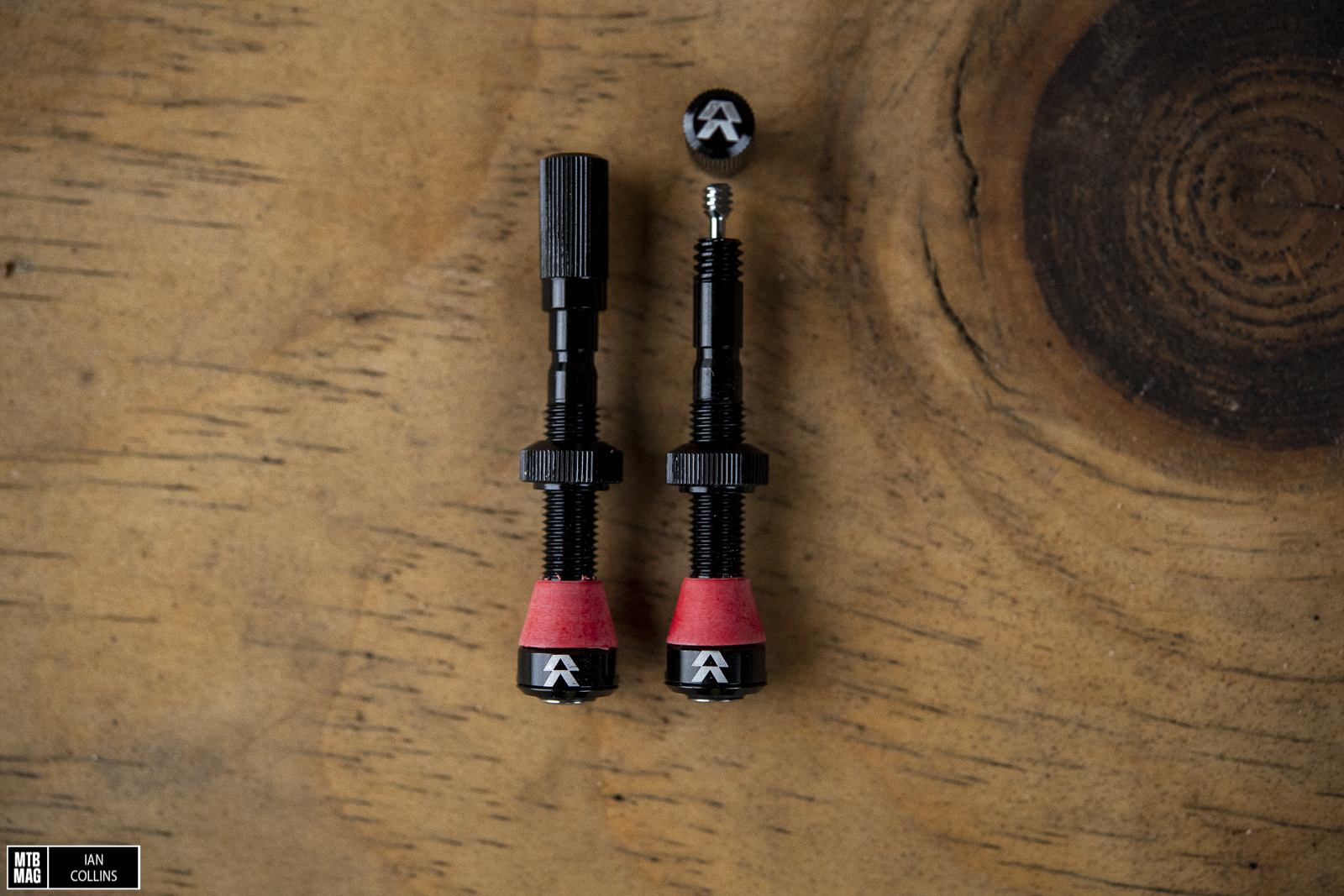 Starting with the coreless design, Reserve utilizes one long, skinny pin rather than a removable universal presta core. The fact that the pin is skinny leaves more room for the air to flow. That it’s one piece and made from stronger material means that it’s less apt to bend or break. It also means that you don’t have to remove the valve core to inject sealant.

You simply connect a bottle via the standard vinyl tube and go! One of the most brilliant design aspects to the Fillmore valves is that the tip threads directly into the valve cap… When the tip threads into the valve cap, it pulls the base of the core up against the butt of the valve body with an o-ring seal in between to close things off. Interestingly, to bleed air pressure, you also just slightly unthread the valve cap and then depress the valve cap itself to let air out.

The installation was as simple and straightforward as any other set of tubeless valves I’ve used. It’s worth pointing out that due to the design – with air coming out around the sides of the valve body’s base – the Fillmores will play nice with tire inserts, which often ship with their own specifically designed valves. I verified this by using them with two different types – Cushcores and Rimpacts.

Anyhow, getting tubeless tires inflated with the Fillmores was a breeze and you can feel the decreased resistance/increased air flow in your floor pump’s action right out of the gate. It was refreshing to not need to remove valve cores to inject sealant, so from a practical standpoint that is a win as well. In my time of testing, I’ve had zero issues with clogging, even when using some of the chunkiest sealant around, such as Stan’s Race Formula. 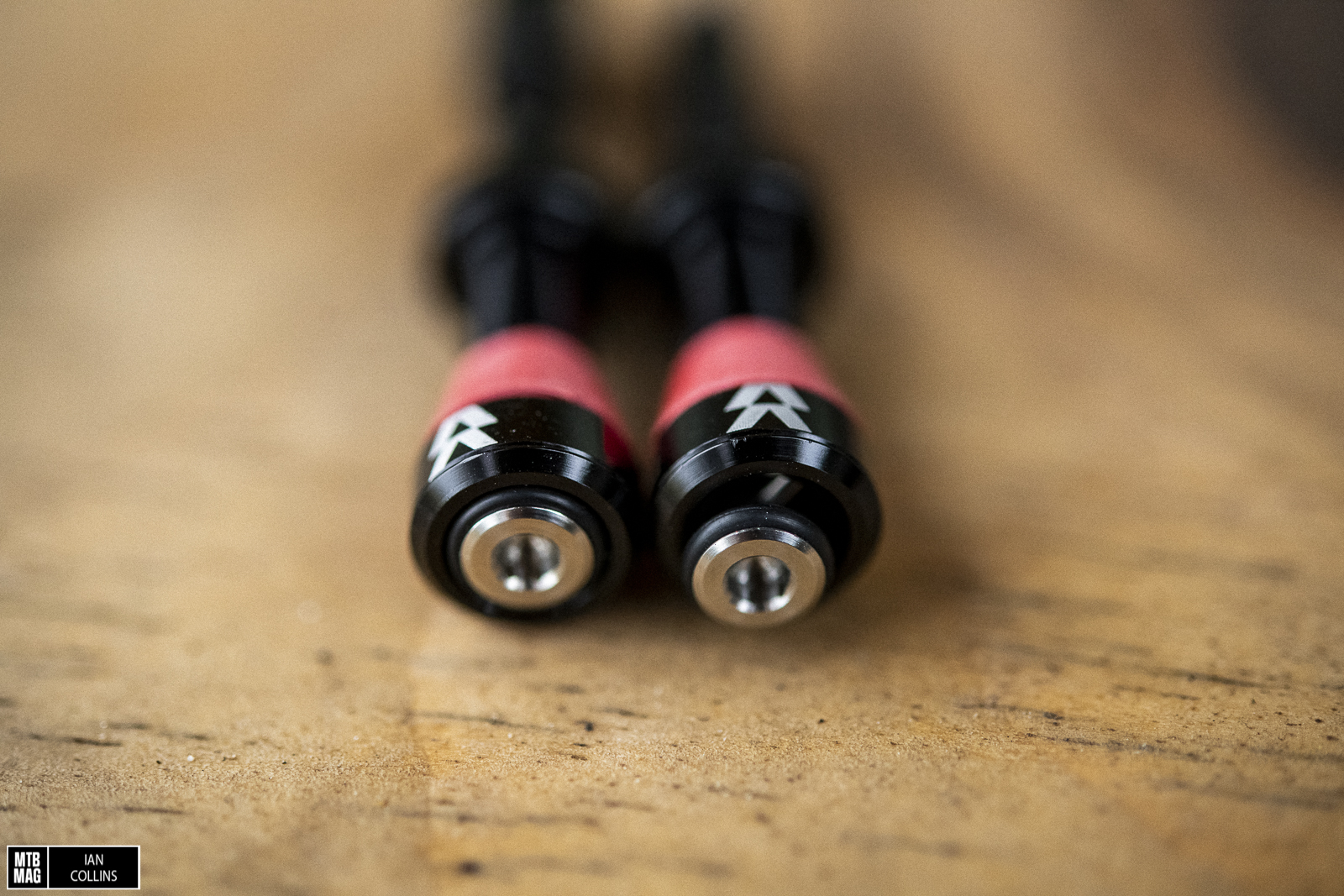 Initially, on trail I found myself having a hard time bleeding air as I would completely remove the valve cap then depress the valve tip itself, which would in turn let out quite a lot of air all at once – making fine tuning difficult.

Upon watching Reserve’s marketing video, I eventually realized that I was taking the wrong approach and that the way to carefully adjust the pressure was the leave the cap on, unthread it slightly and then press down on it – duh! Anyhow, this finding negated my one minor gripe about the valves other than the somewhat steep price.

With that said, all in all, I feel that they are more than worth the cost as they do absolutely everything Reserve claims they do – high flow, no clogging, easy adjustments and much easier sealant top offs. In my opinion the engineering genius that went into the Fillmores makes them a truly perfect set of tubeless valves – I’d highly recommend them to anyone who’s tired of the usual BS.

Video of the Year?