Italian freestyle skier Markus Eder is no stranger to breathtaking feats on extreme slopes around the world, with the 2019 Freeride World Tour champion taking The Ultimate Run down from a precarious peak in Zermatt, Switzerland before finishing his run at the valley floor in Klausberg, Italy.

-The Ultimate Run starts on the oxygen-starved peaks of Zermatt, as Eder drops into a sheer expanse of powder, jumps through glacial blocks the size of buses, off ice cliffs and slips into the belly of the glacier, only to reappear above his home resort of Klausberg.

– The 2014 Olympic competitor takes on all kinds of Alps powder and pistes in the run, including carving fields of fresh snow and joining a freestyle session with friends, before popping back into the powder to access the snow-covered architecture of Taufer castle and a mining museum. 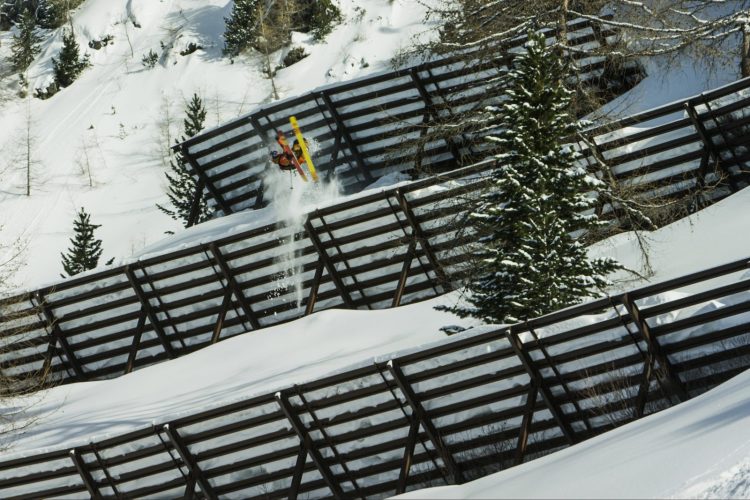 – Eder, who was able to turn his home ski resort of Klausberg into his personal dream mountain for the unique film, revealed: “All aspects of freeskiing have fascinated me since the beginning. Sometimes my mind goes kind of crazy about skiing and I ask myself, ‘What if?'”

– Eder, who speaks three languages, took a sabbatical from shooting films to compete in the Freeride World Tour with second overall in his 2018 debut season leading into a thrilling 2019 when victories in Hakuba and Fieberbrunn saw him finish as champion with a mammoth 8,700 points.

– Eder made a name for himself during the 2010 Nine Knights contest with a subsequent switch from slopestyle to freeride seeing him star in movies Days of My Youth, Fade To Winter and Ruin and Rose.

– The Ultimate Run is a project that was documented over two years and brings to life an imagined descent Eder has had since 2015.