Back in Spring, Smith sent out a pair of their Bobcat glasses – the slightly smaller sibling to their Wildcat glasses. The Bobcats are a bit more minimalist and listed as “Small to Medium” fit, whereas the Wildcat is “Medium” and a touch more stout. The frames of the Bobcat wrap fully around the interchangeable lenses and offer a lightweight unintrusive feel. I’ve been wearing them for my daily rides for the past few months, so lets see how they’ve worked out… 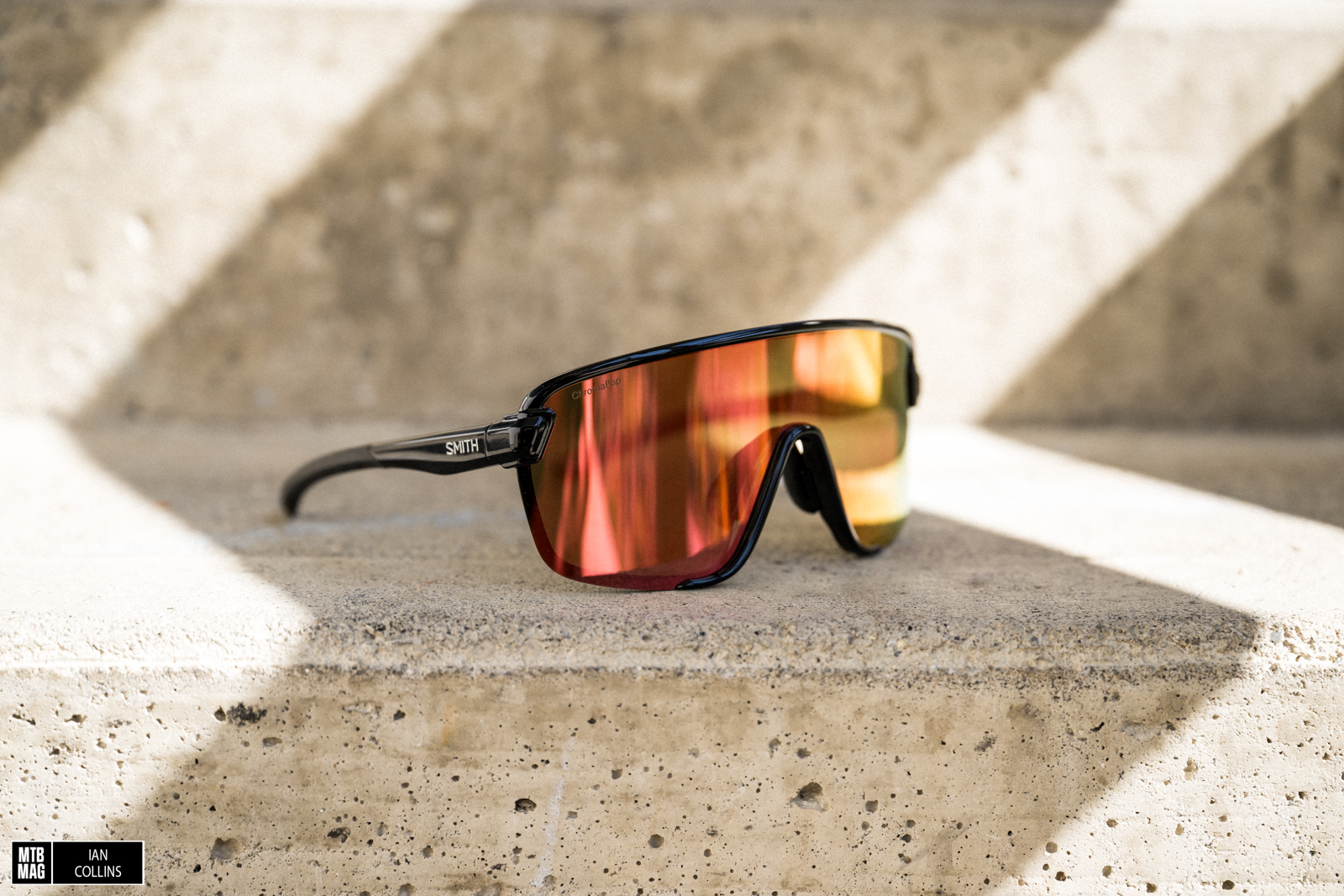 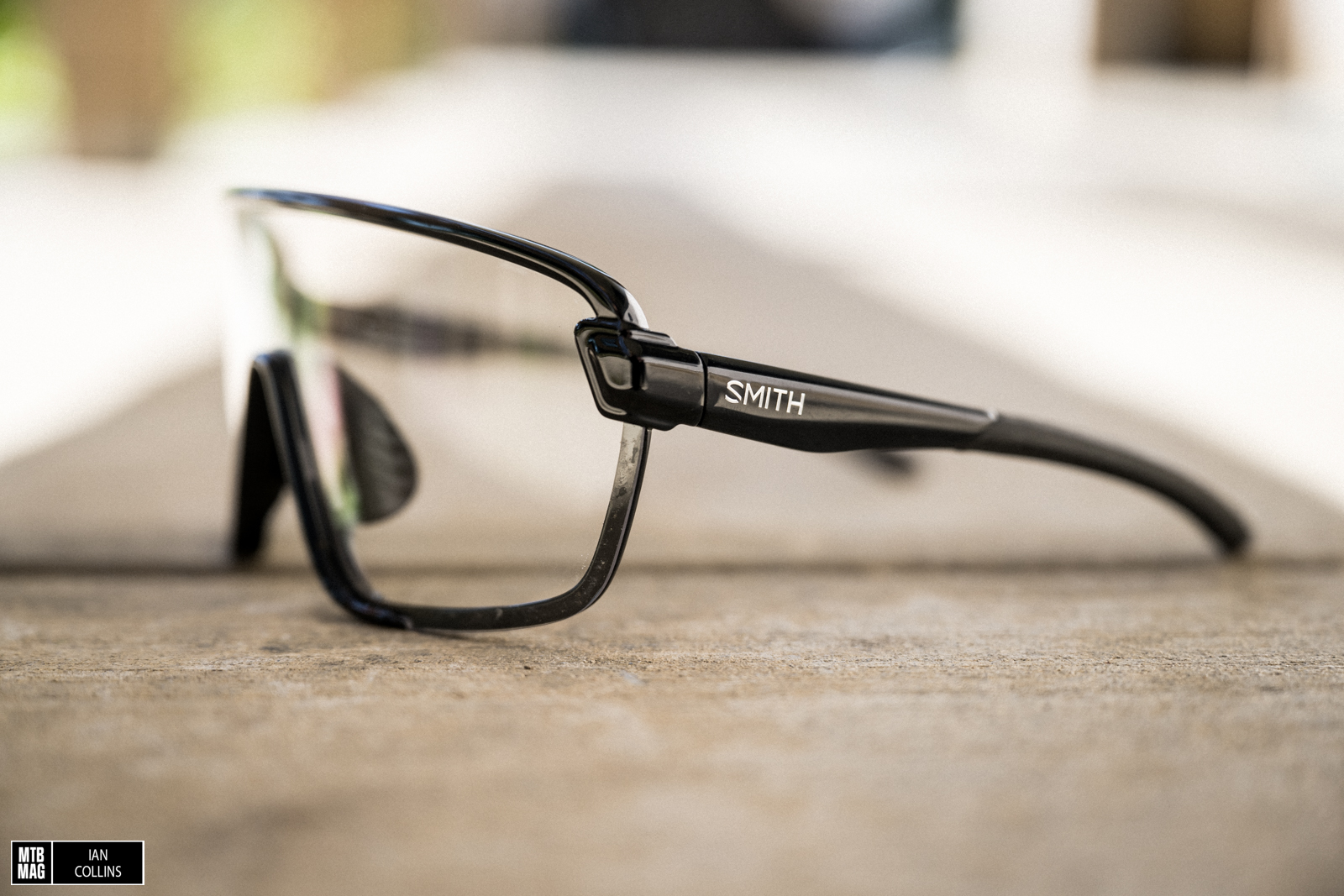 When the Bobcat glasses first arrived, upon looking at the frames I was a bit confused as to how one would swap the lenses out. I couldn’t find any clasps or much indication that it could even be done. Lo and behold, the frame material is quite flexible and all it takes is a quick tug on the frame at the top and bottom around the middle of the lens. Then the lenses unhook next to the hinges. 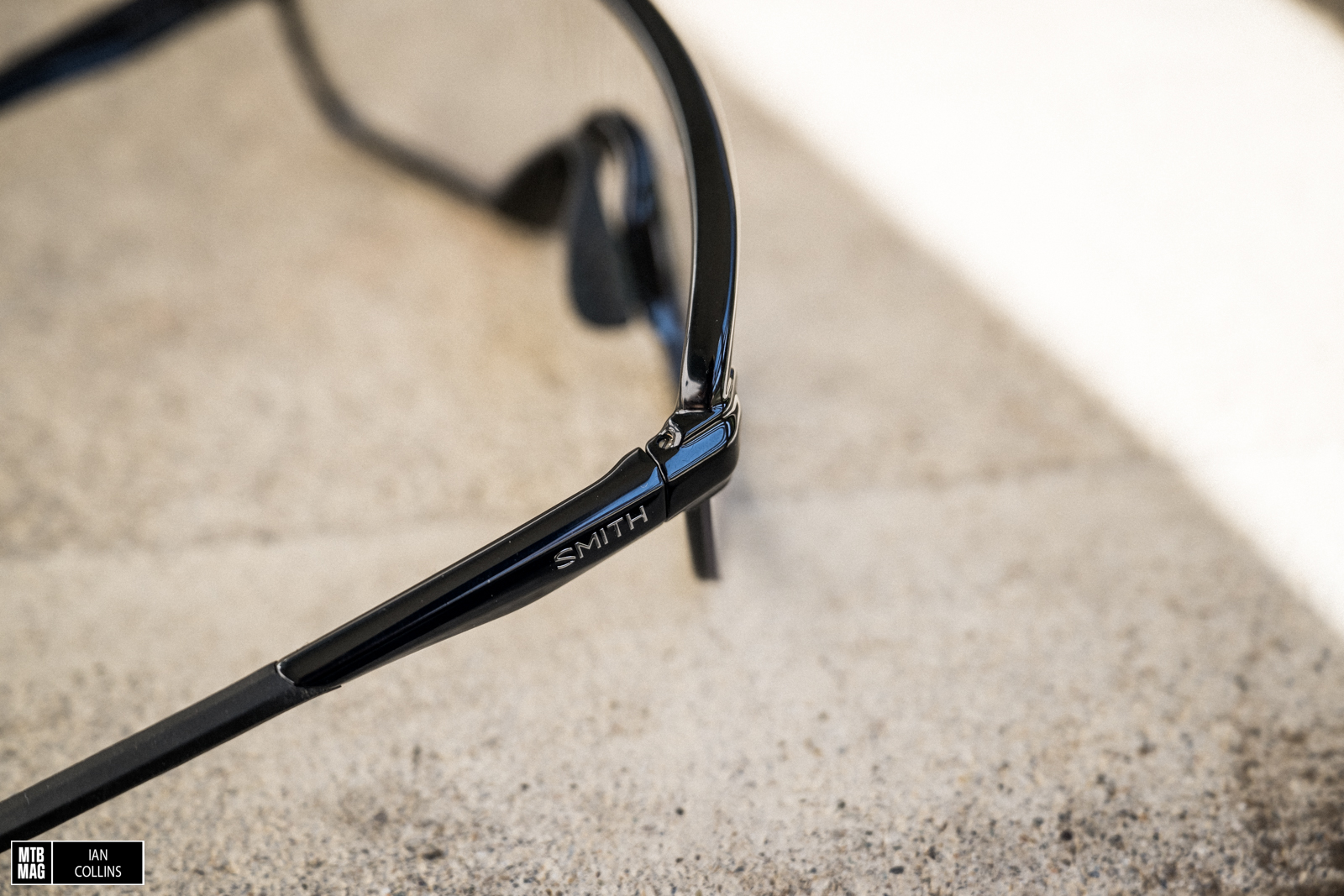 One cool feature is the “autolock” hinges, which pop into a nice firm open or closed position. This made it very easy to take them on and off for deployment or stowage with just one hand, while riding. The hinges feature single metal screws which can be snugged with a standard eyewear screwdriver in the event that you need to tighten them. 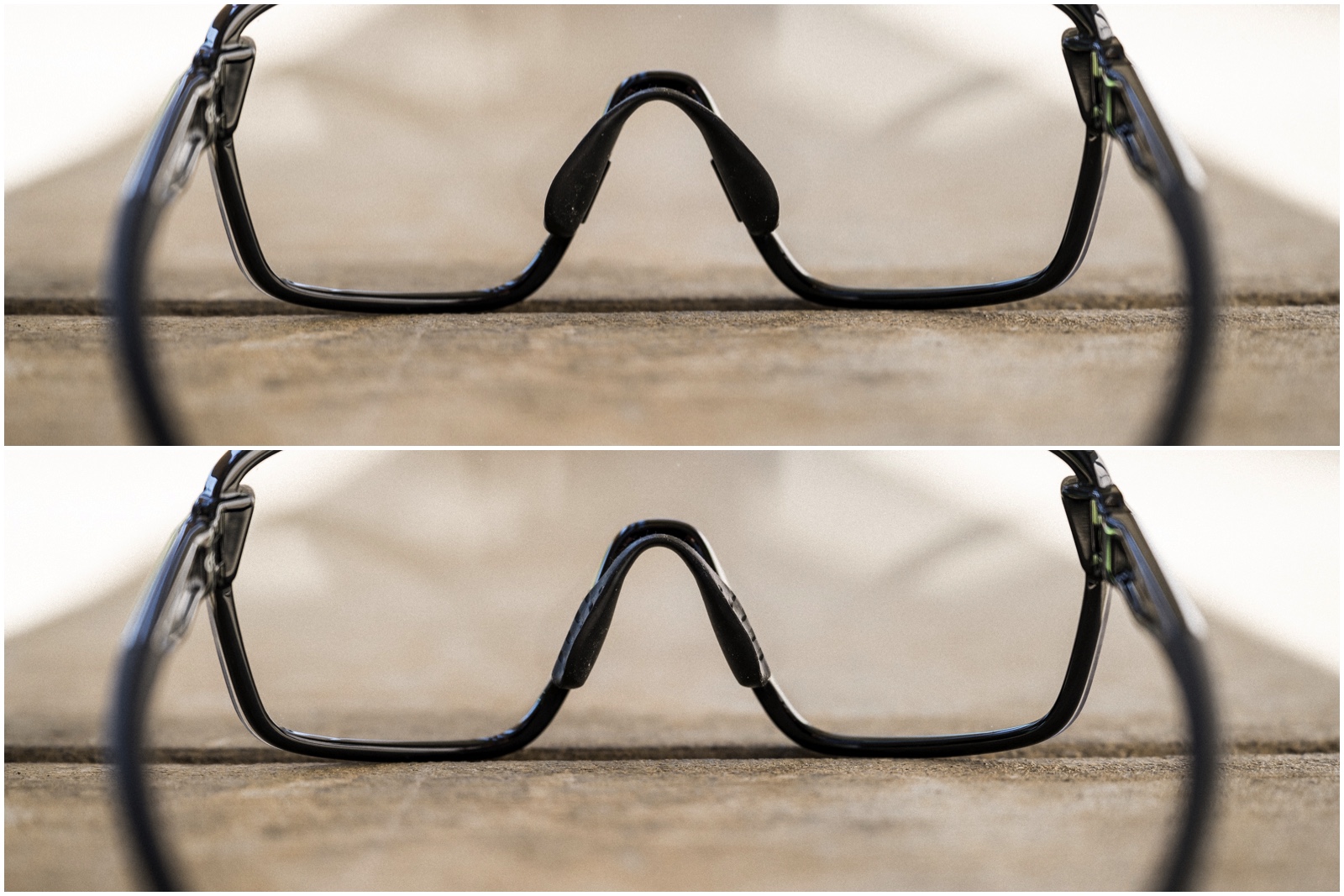 The soft “Megol” rubber nosepiece is adjustable between two positions – wide and narrow. Each side pops inward or outward with a positive little snap. 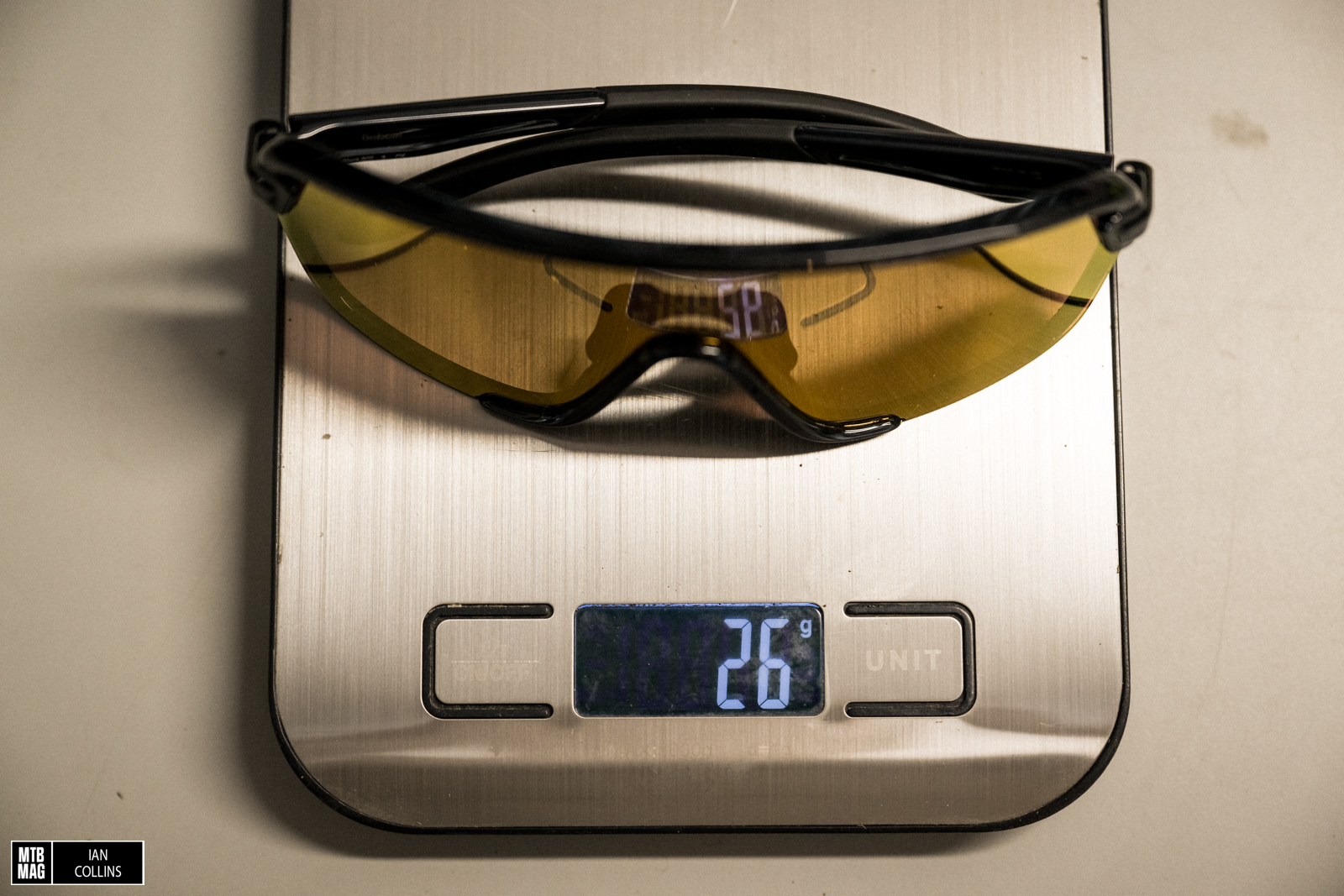 I don’t spend a whole lot of time weighing all that many riding glasses, but 26 grams is freakishly light. 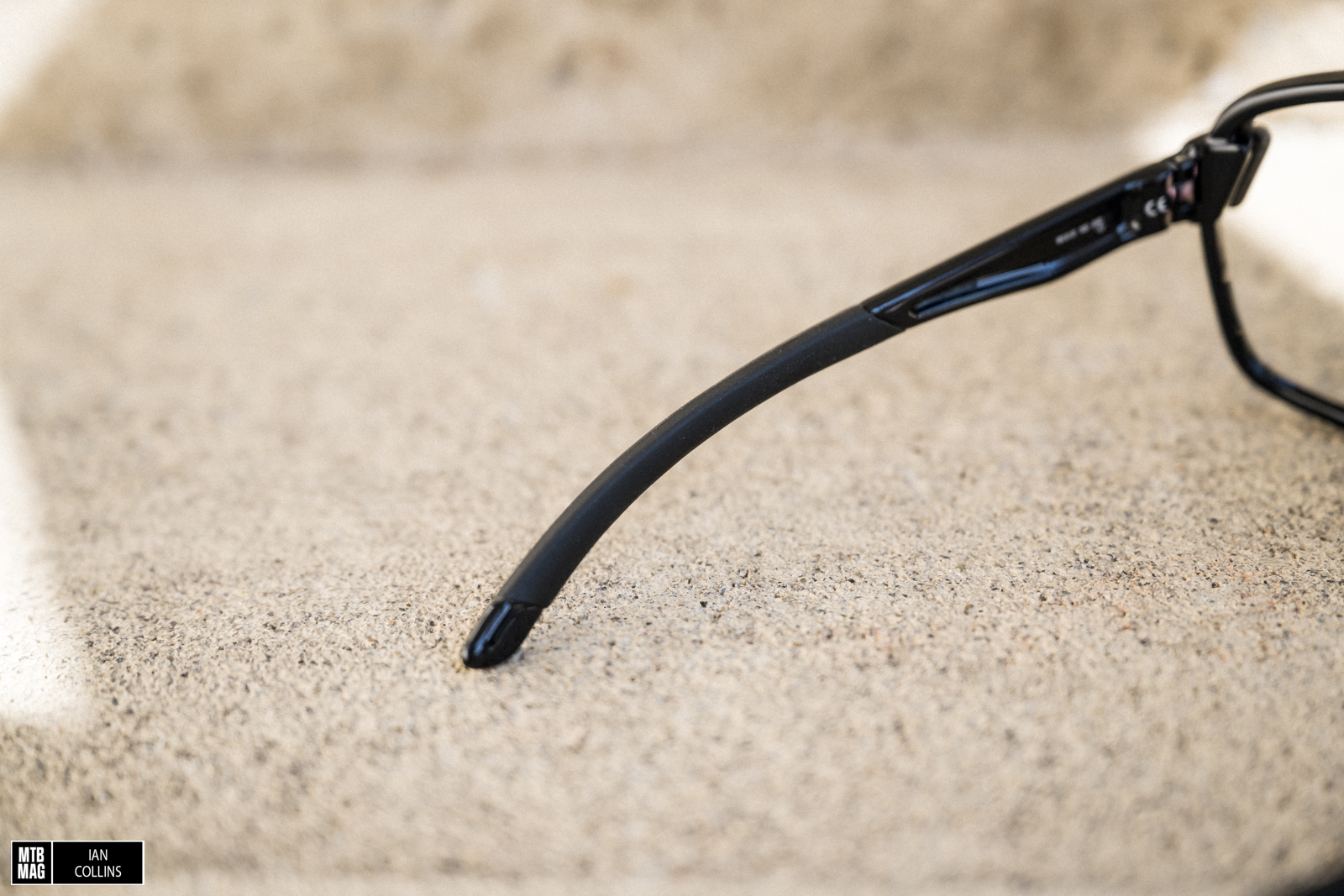 The Megol temple pads are made from a nice soft rubber that doesn’t irritate your skin or snag on your hair. They feature a slightly curved shape to wrap around your head without pinching – thus remaining quite flexible. 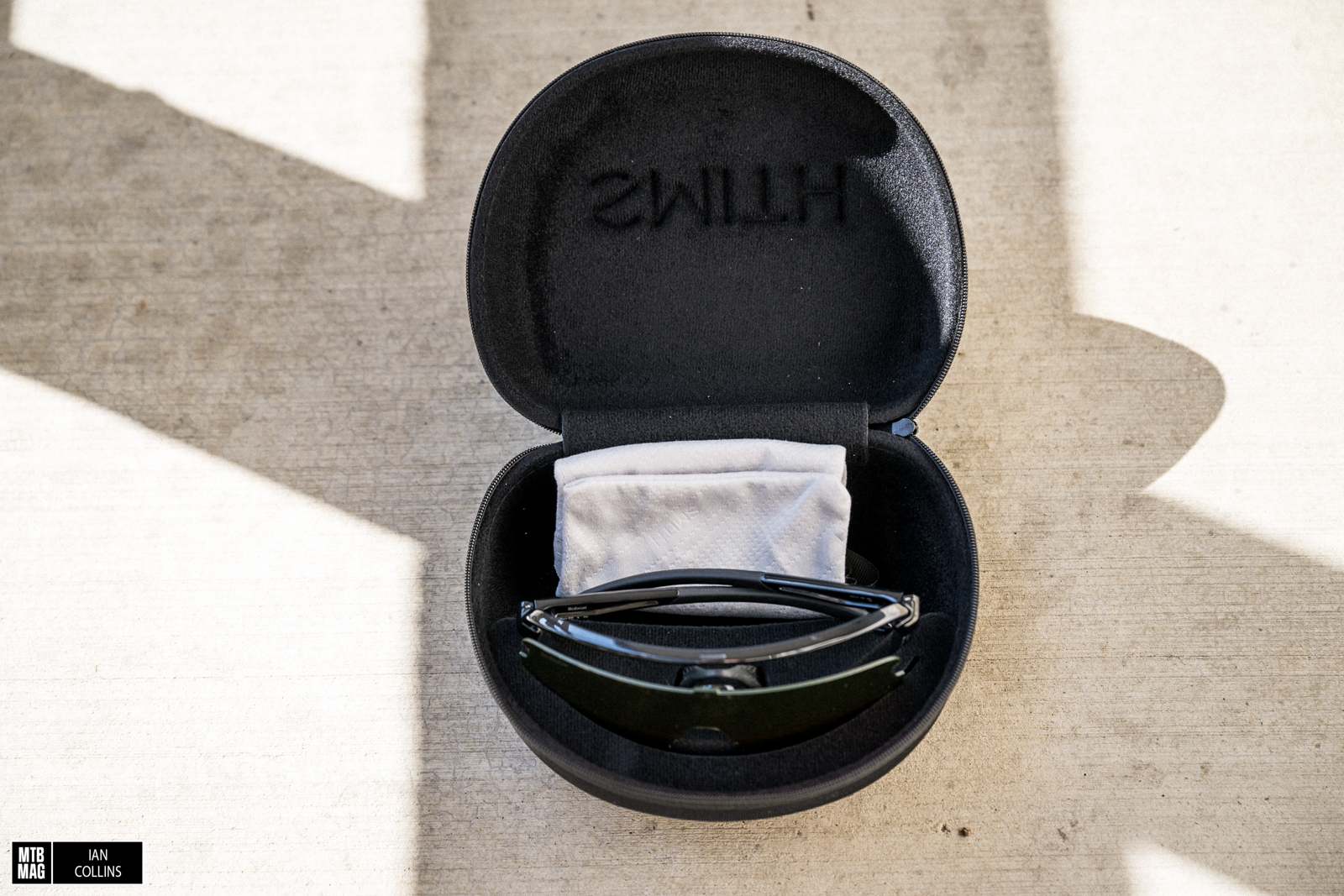 Lastly, the Bobcats ship with a nice foam case to store the extra lens, the lens cloth/bag and the glasses themselves.

When I first put the Bobcats on they seemed so light on my face that I initially thought they might not be all that secure. They didn’t feel that snug, which seemed odd as I typically wear a medium/large helmet. While this not-all-that-snug feel took a little getting used to, I realized after just one rough descent that they certainly were going anywhere. Better still, I started to notice that the glasses didn’t irritate me as much as some others have on longer rides. I simply didn’t notice these things while riding.

I think this is likely in large part due to the highly flexible frames, the well thought out shape and the grippy rubber arms. I’ve spent most of my time in the clear lenses as the woods that I ride in are heavily canopied and quite dark. The clarity is fantastic and there is no distortion whatsoever. As for the few times that I did ride the red mirrored lens, I found it to be equally sharp and offer pleasant colors and contrast while cutting the worst of the highlights nicely.

Smith offers the Bobcat in a photochromic lens which adjusts its tint as light conditions change. Having tested older glasses with that option, I can vouch for the quality and utility – they make sense for variable light conditions. As for fog resistance, like many glasses it starts out strong due in part to an anti-fog surface treatment, but eventually fades and you’ll need to reapply some on your own if ride in super humid or moist conditions. All in all though, air moved nicely through these glasses so that aspect wasn’t an issue. 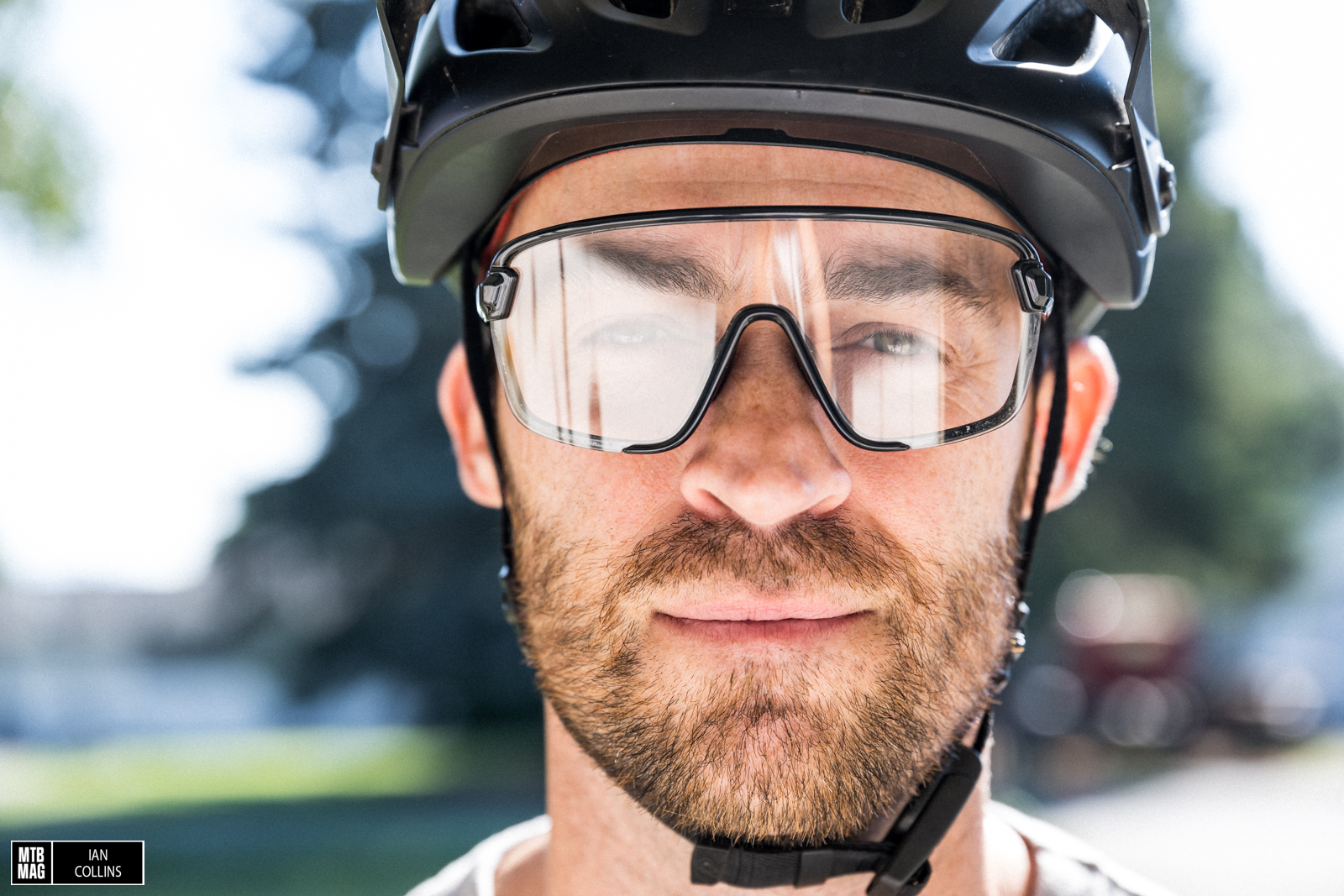 As far as features are concerned, as someone who broke his nose long ago, one thing that I really appreciated was the adjustable nose bridge. While some brands offer two different interchangeable nose pieces (the kind of small part that I would easily lose track of), the Bobcats snap between two different positions. Having a wider nose (where it was broken), I did appreciate having the more open setting.

I’ve found that on some glasses the wider nosepiece tends to push the glasses in further and then my eyelids rub on the inside of the lens, but that was not the case here. As far as coverage goes these are not massive glasses – but the lens does extend out to all the right places as regards both safety and keeping crud out of your eyes.

In the grand scheme of things I’ve been very very happy with the Bobcats. Despite having a fully wrapped frame, the lens swaps are super easy and the field of view is still excellent. The materials are of the highest quality and thus the flexibility and comfort are top notch. If I had to dig deep and find something to gripe about, I did notice that you can see a bit of dust building up between the frame and the lens when you’re wearing the clear lens.

That said, it’s a minor aesthetic detail and they clean up in a few seconds. It’s also worth pointing out that the hinges are holding up admirably and despite being so flexible and minimalist, the frame itself seems to be in it for the long haul after much use and lens swaps. 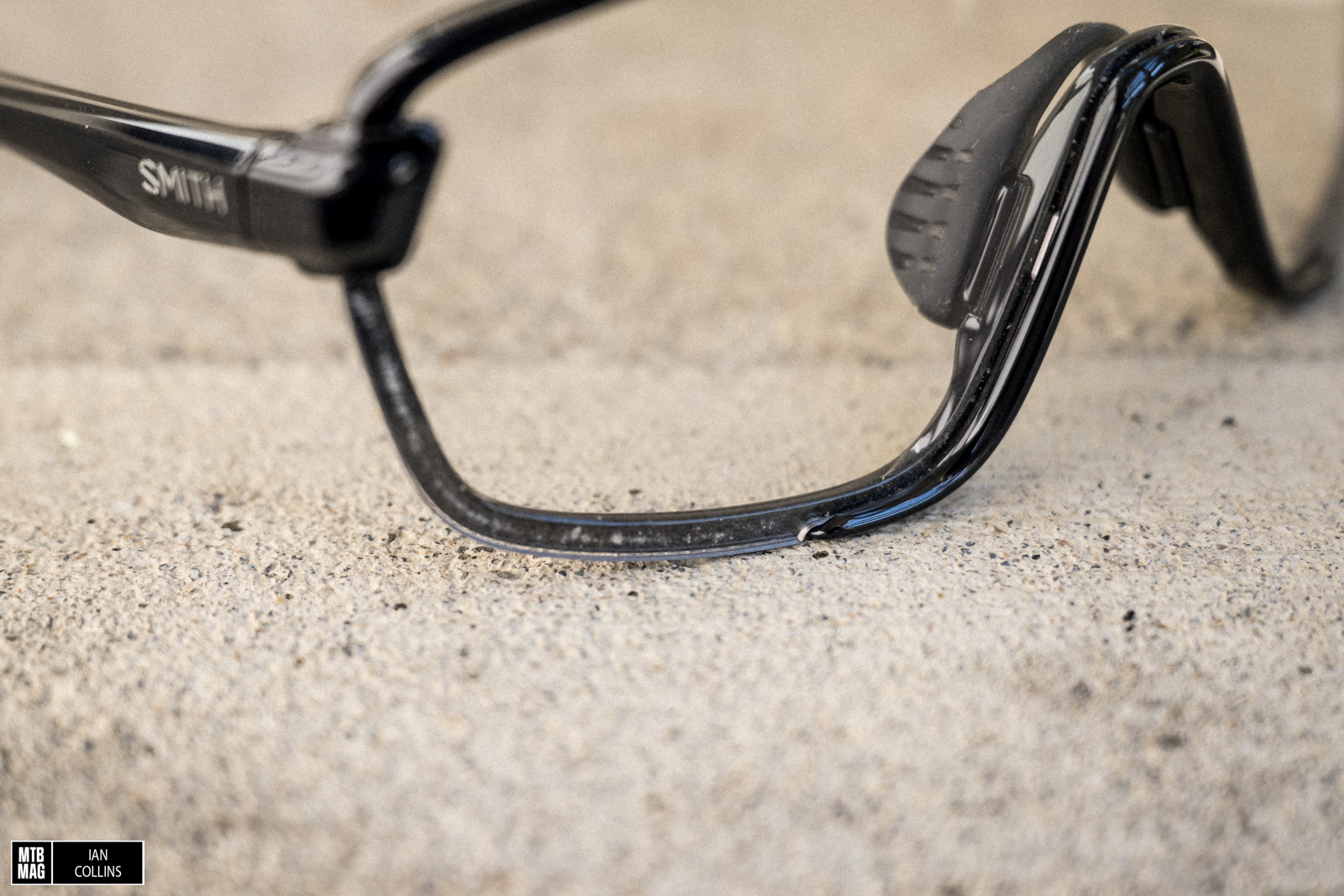 As far as value is concerned, $219 is a little bit on the pricey side but it is par for the course in terms of high performance cycling glasses. That Smith backs them with a lifetime warranty and offer them in a plethora of frame and lens color options make the price easier to swallow, as does the free clear lens and the high quality case. Above all, the comfort, super light weight and minimalist feel are what earn the Bobcat high praise from me.

Adidas Back in Sports Eyewear Game

[Video] Chris Akrigg on the rocks