At the beginning of Summer I was sent some Specialized Hillbilly tires for testing. While that time of year in North Idaho isn’t exactly known for being muddy, it is very dusty, dry and loose. Throughout most of its years on the market, I’ve always thought of the Hillbilly as the “mud” tire option from the California brand. It has always brought back memories of the most iconic days of World Cup downhill underneath Sam Hill, when he raced for Specialized. These days however the tire has a more broader goals as it is recommended for Trail and Enduro bikes on “intermediate to soft terrain”, which means it isn’t as narrowly aimed at wet conditions. And thus, I mounted one up front on a couple of different bikes for outings on trails that were both steep and loose. Before the recent rain we finally got, you could even call the conditions horrendous. Anyhow, to round out the testing I recently spent some time on wetter trails as well, now that we finally have gotten some moisture. Let’s dive in… 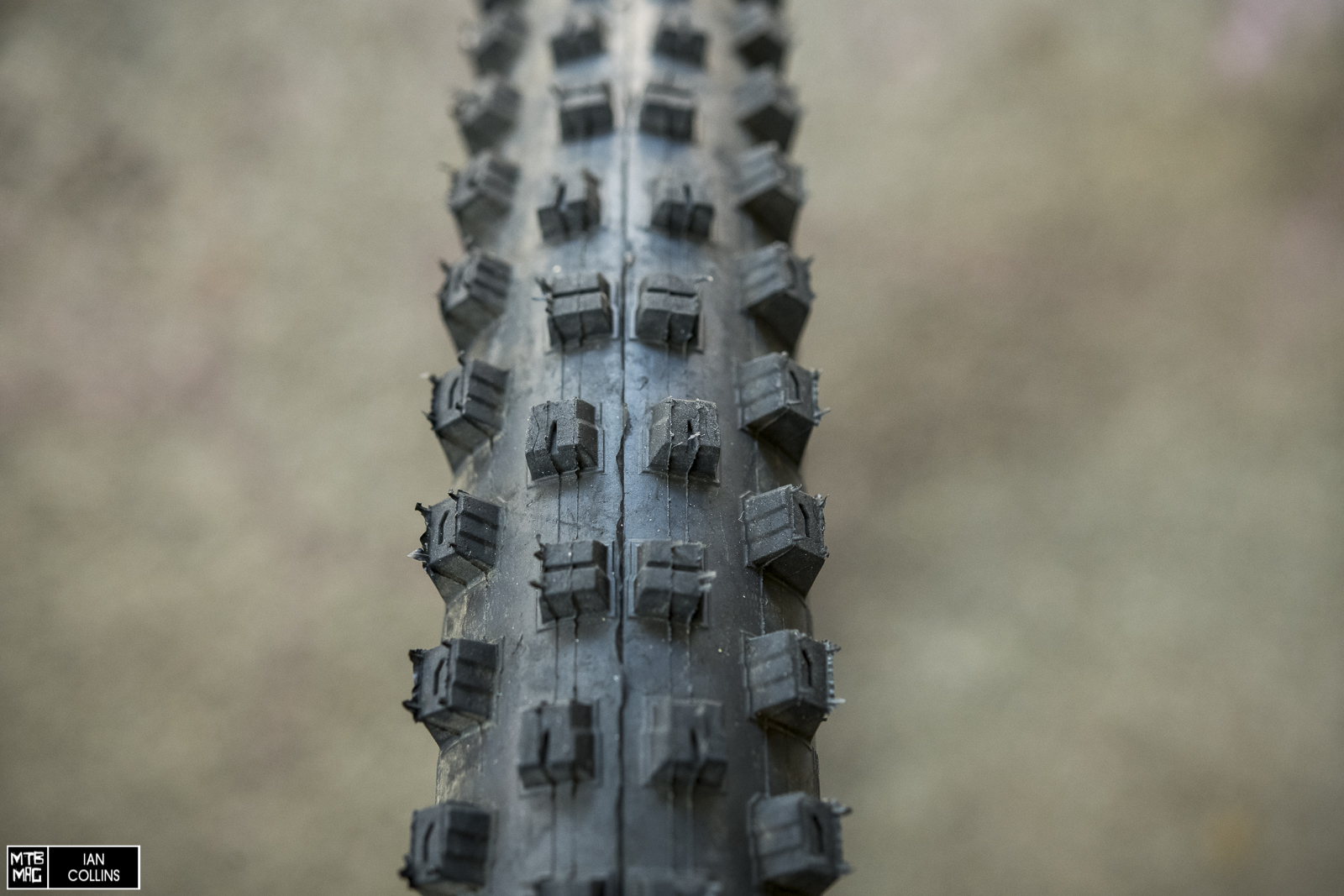 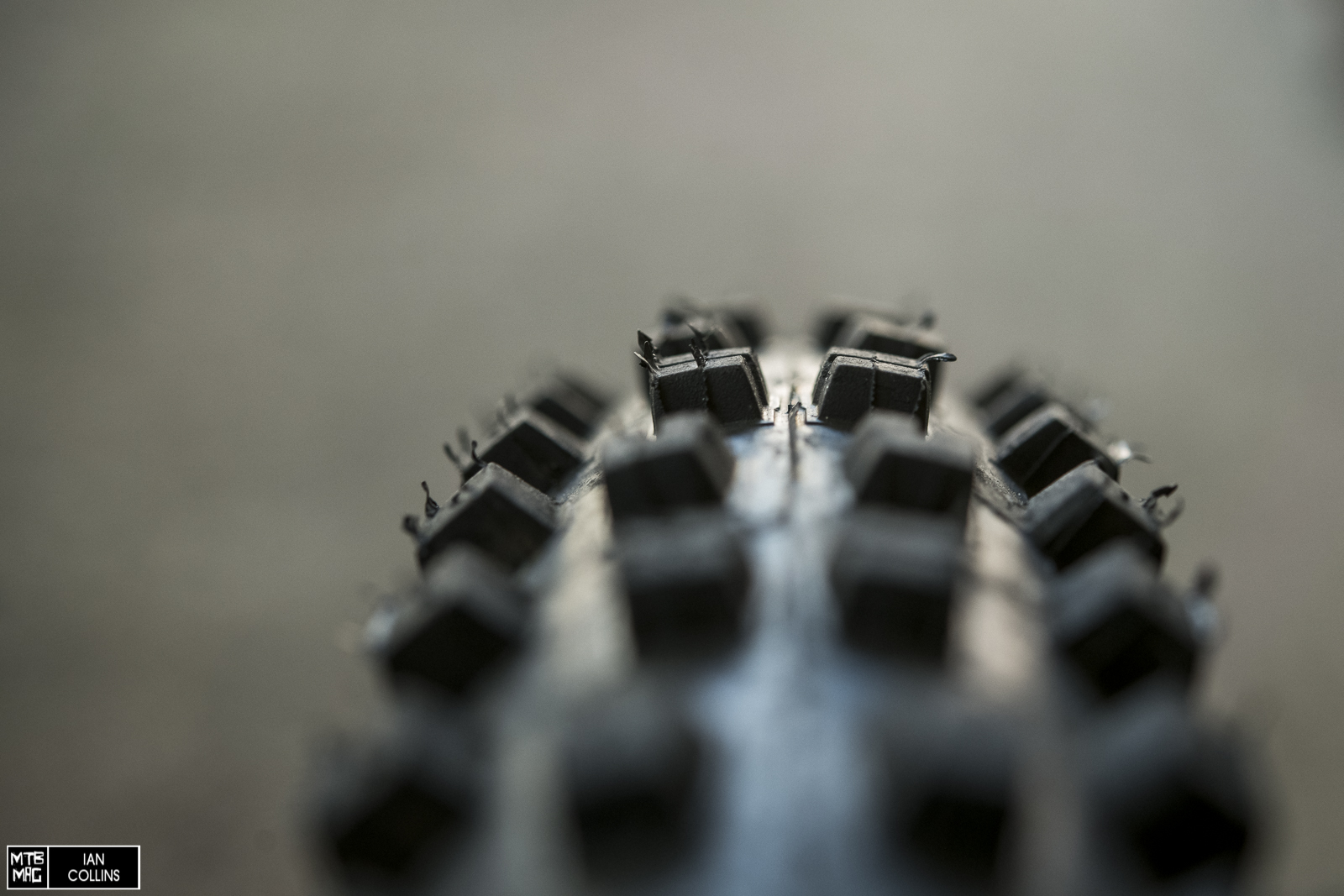 The knobs are rather tall, but not quite mud spike tall and as you can see from the angle above, the profile is slightly rounded which allows the center knobs to dig in. 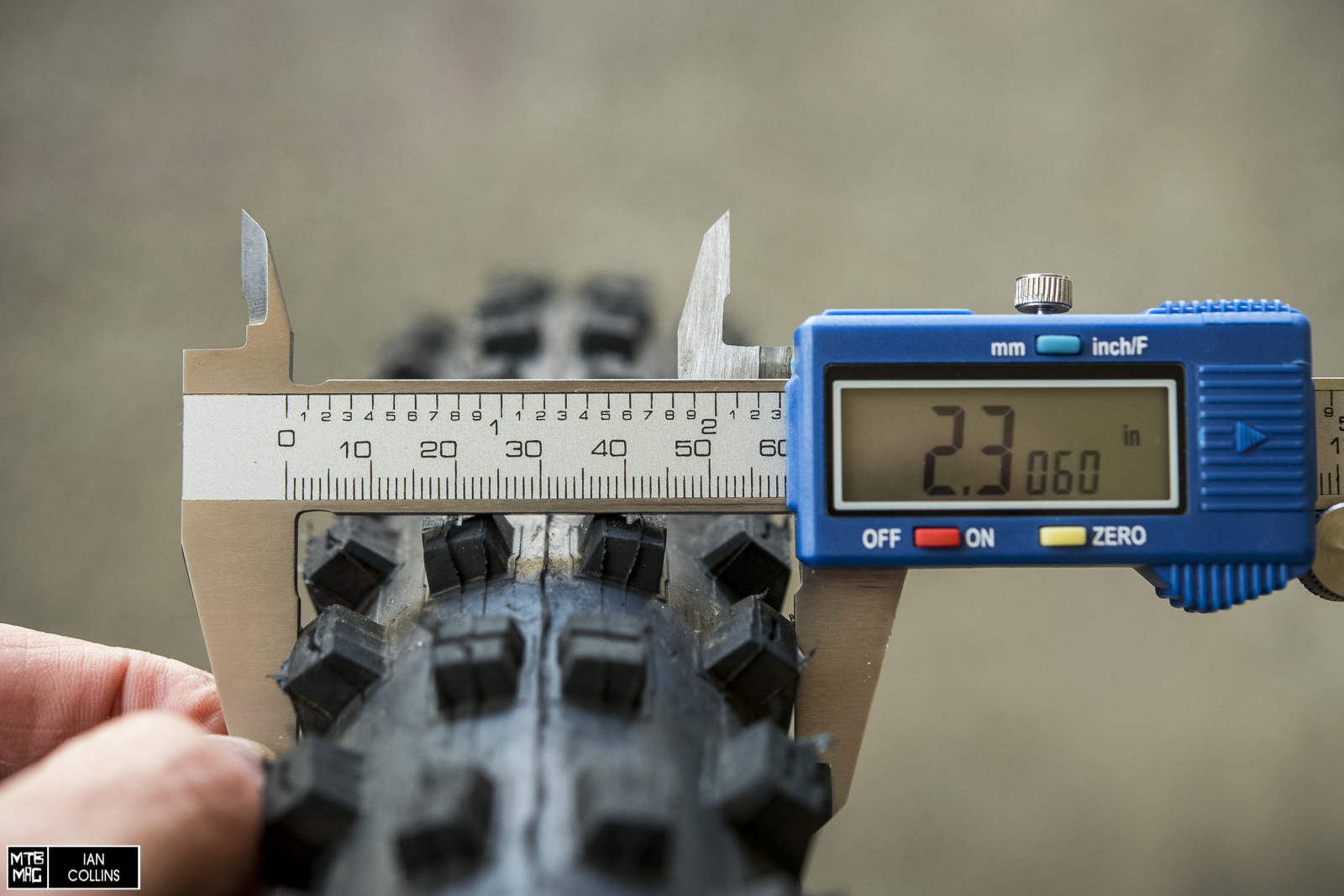 Pretty much dead true to size at 30PSI on a 30mm inner diameter rim. 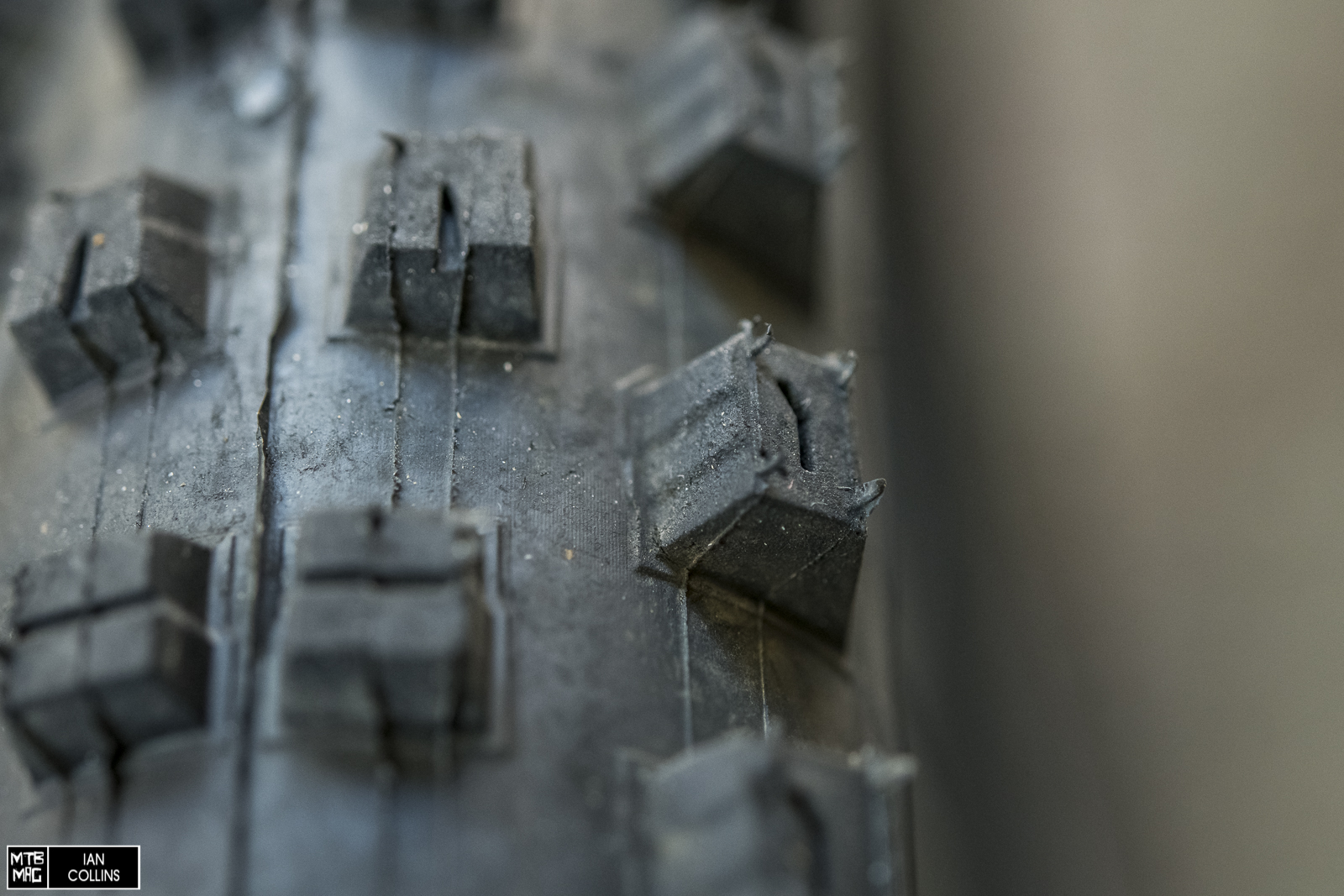 The corner knobs adopt Specialized’s stepped “Jigsaw” pattern on their inner surface. However, with the Hillbilly the steps don’t seem quite as pronounced as they are on the Butcher. 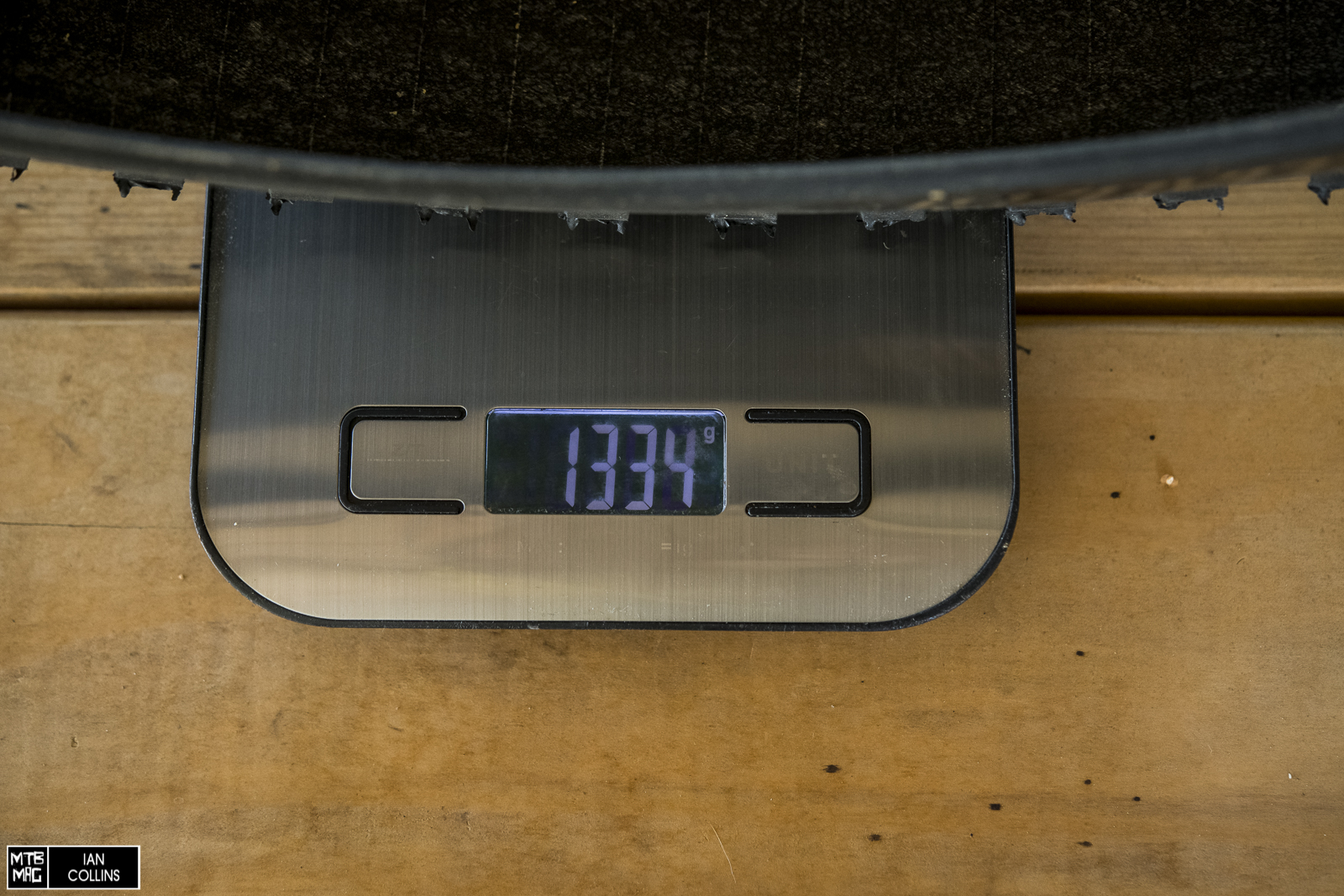 Specialized doesn’t list a claimed weight, so you’ll just have to take our word for it… 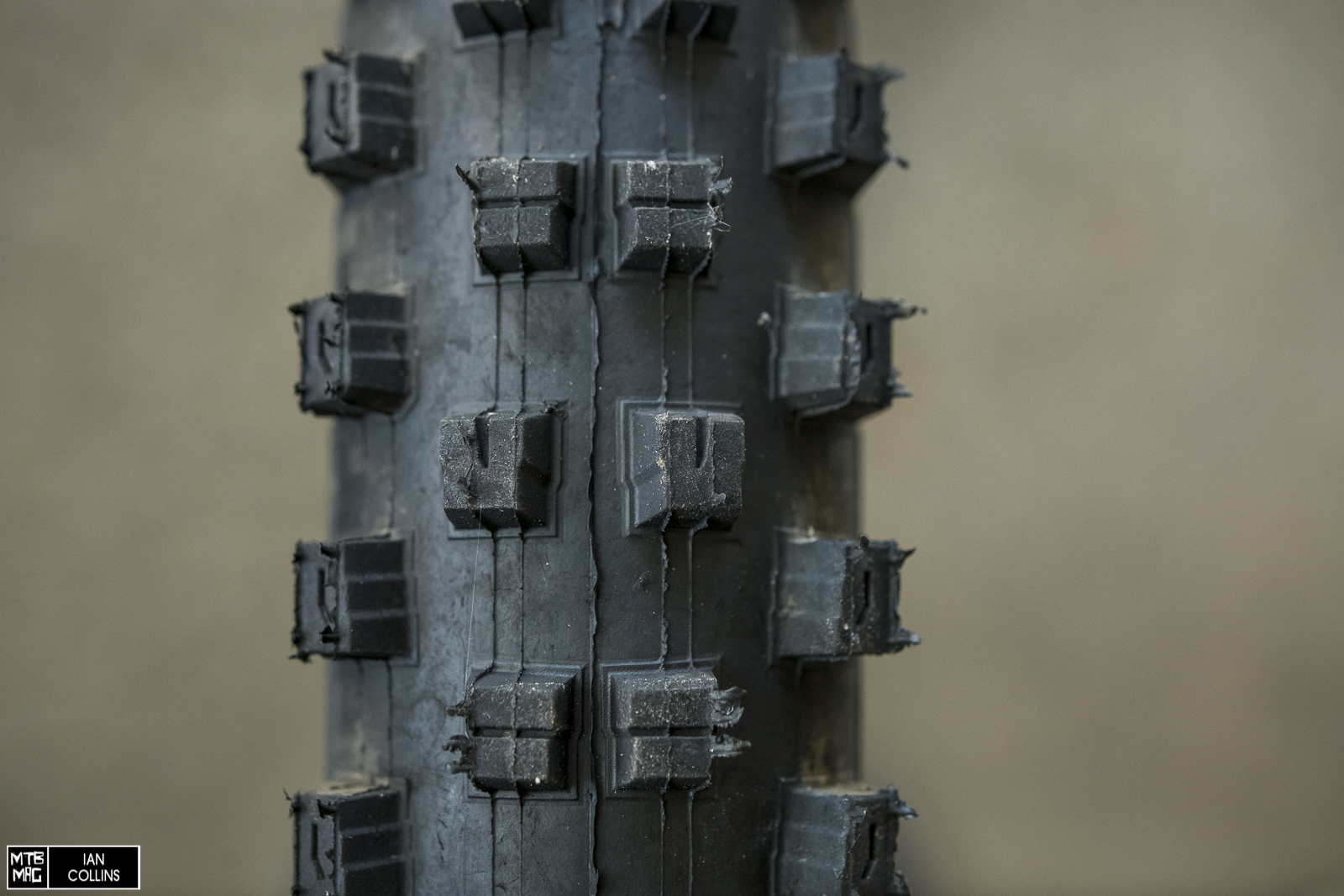 The Hillbilly uses wide spacing and two knobs for each row in the center. They are spaced to align with the gaps between the shoulder knobs for maximum clearance and a predictable transition from center to side knobs when leaning the bike over.

Initially, I couldn’t help but envision some of the typical setbacks of riding a full on mud spike in dry and sometimes firm terrain. Normally the extra tall knobs of such as a Schwalbe Dirty Dan or a Maxxis Wetscream can be a little to quick to fold over on terra firma. The Hillbilly is really more in line with a Maxxis Shorty, which is less extreme than the aforementioned options. With that in mind, I was quite pleased with how well the tire resisted squirming when I leaned into it. I solely rode the Hillbilly up front, but I can definitely see its utility both front and rear in full on mud conditions. On loose, dusty chutes the braking power was incredible – offering far more control than a typical all rounder would. This bite also translated over brilliantly on blown out off camber sections as well, where it managed to hang on far better than the average tire. 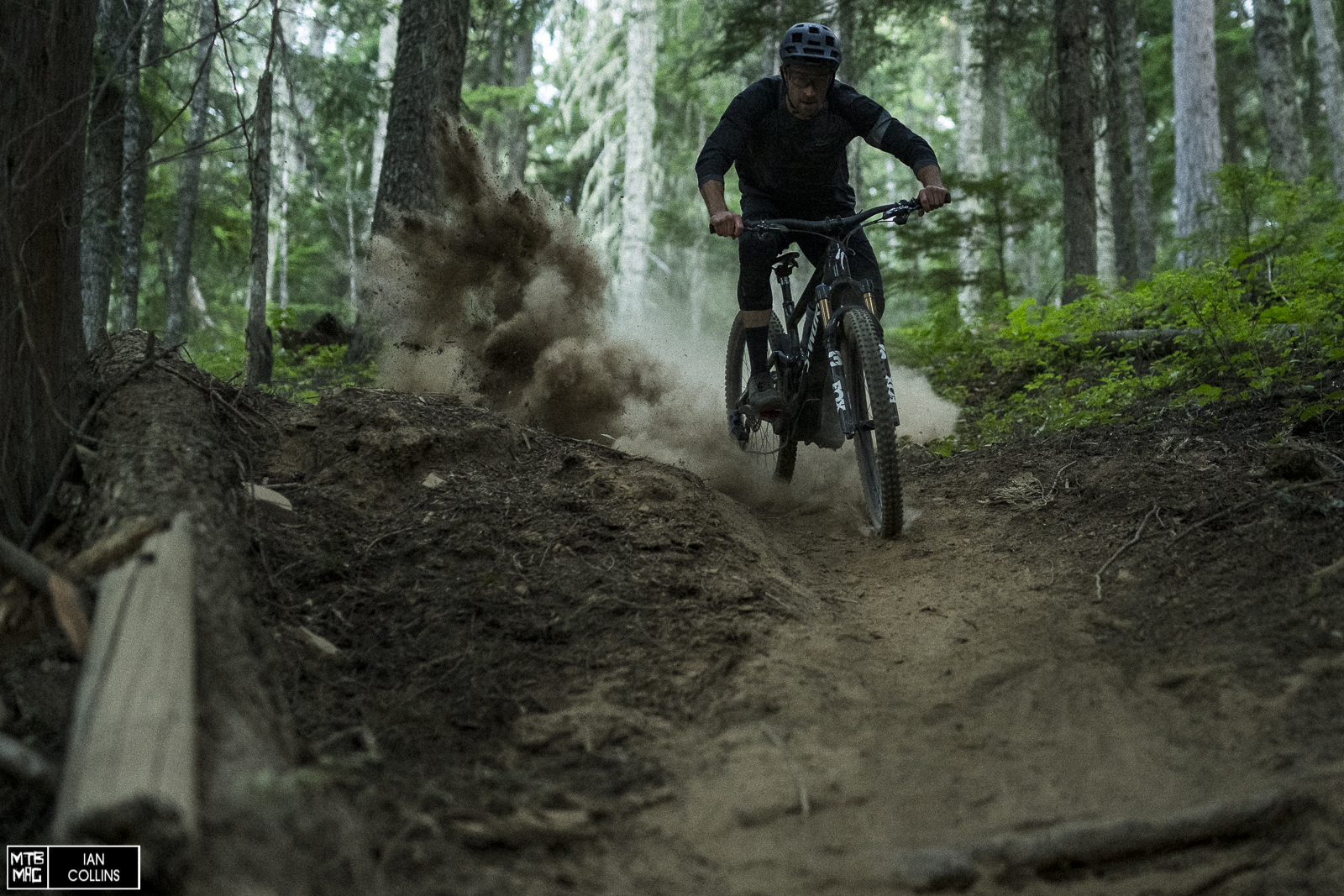 What I found most appealing about the Hillbilly was that it isn’t a one trick pony – while it did squirm a little bit when nailing bermed or squared off turns that were hard packed, it fared better than I had expected. Another aspect that I appreciated was the predictable transition from center to side knobs when I did get into a corner or enter an off camber section. While I did spend some time in wet terrain, I also found that the soft T9 compound compound combined with knobs that aren’t extreme in height made it a lot more confidence inspiring on slick roots and rock slabs – both of which can be downright terrifying to confront aboard full on mud spikes. On the topic of compound, one element that I think assisted in the predictable behavior is that the new T9 rubber isn’t just soft, it also has a slow rebound aspect to it. This mean that it wasn’t skittery and it provided a calm, damped feel on trail. 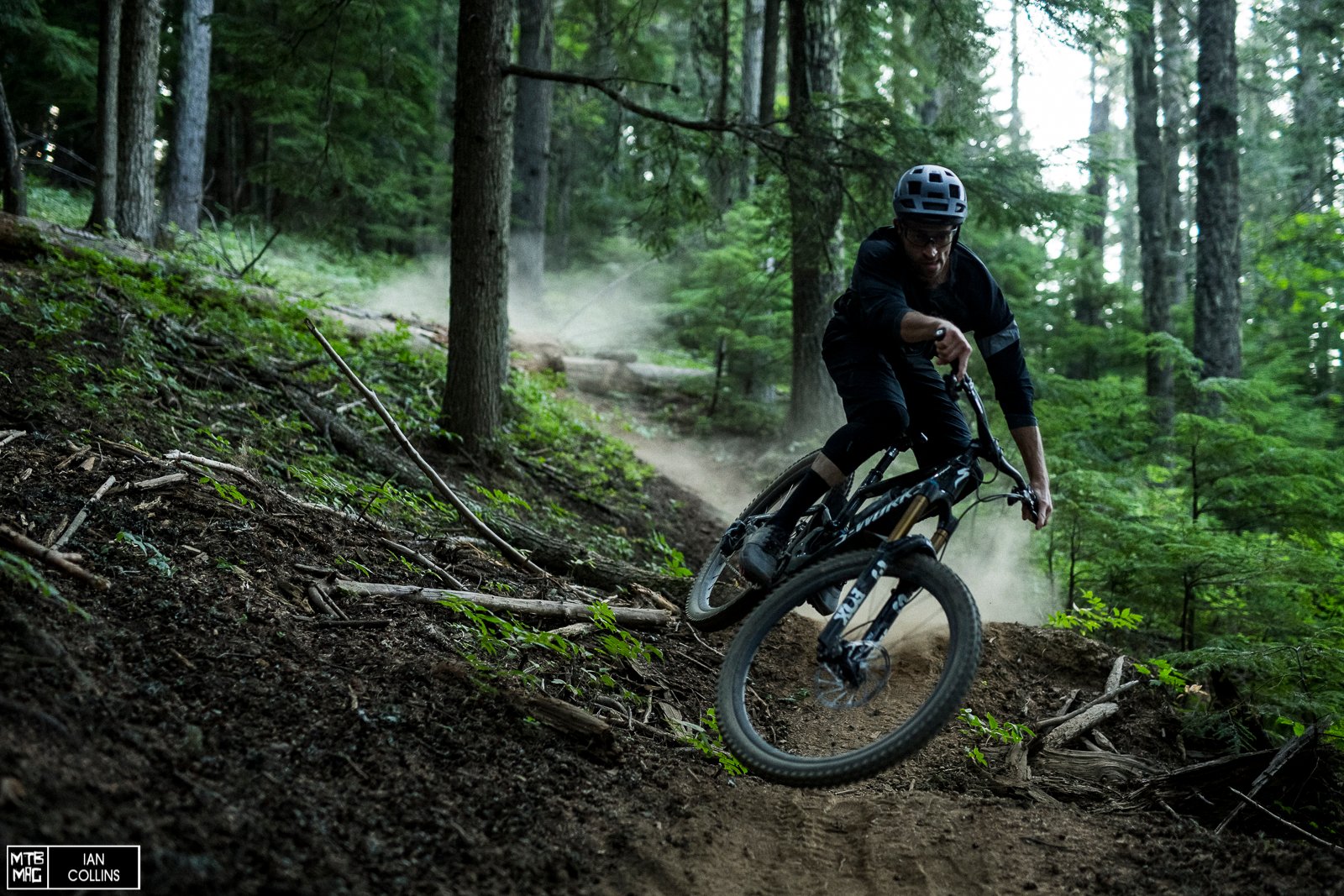 As far as the casing is concerned, the Grid Gravity is a classic Enduro level casing which is in line with a Schwalbe Super Gravity or a Maxxis Double Down. This meant that while it was a bit heavy, tipping the scale at a little over the 1,300 gram mark, it also staved off flats very nicely. With both the Hillbilly and the Butcher, I’ve yet to flat using the Grid Gravity casing while running them in the low 20 PSI range and with plenty of nasty obstacles on my local terrain. One setback you’ll have with this tire or anything else like it is that there is some inherent added rolling resistance due to the taller, more widely spaced knobs. That however is just par for the course as there are always going to be inherent tradeoffs between all out traction and rolling resistance. With that in mind, unless you’re in full on muddy terrain or heinously steep and loose loam you’ll probably just want to opt for running the Hillbilly solely up front as I did.

At the end of the day, the Hillbilly does a darn good job in its prescribed conditions. There isn’t a wide array of options for widths, compounds and casings, but the single offering that is available is just about right for most riders who’ll be needing it when the time is right. As far as durability is concerned, I haven’t logged a ton of miles on them, but rather have been using them sparingly on trails and terrain where I’ve needed them most. So far, I’ve yet to see any signs of premature wear or early indications of knobs tearing too easily. Much of this can be attributed to the T9 rubber which strikes a nice balance of traction and durability. All in all the Hillbilly is a great option for riders who want a not-so-extreme tire to have around for muddy and/or dry and loose conditions that demand extra braking and cornering power.