Specialized introduced their first SWAT bibs a few years ago, and while they continue to expand the “Storage Water Air Tools” concept into on-bike storage, that hasn’t stopped them from improving the apparel side of things. During these warmer months that have been upon us as of late, I’ve been riding the “Ultralight” version of the SWAT bibs, which feature a much more breathable, airy and porous material dubbed VaporRize. Read on to see what I thought of them… While it might not be all that easy to get the idea from some of the other photos, the pic above is a good example of just how breathable the material is on the Ultralight SWAT bibs. There are still 3 deep, stretchy pockets, just like all the other SWAT bibs. They’re great for snacks, tubes, phone, keys, maps, beers, or whatever your heart desires on a ride. There’s enough storage that you can ditch your hydration pack for most rides. The new chamois is now Specialized’s signature red color, and no longer lime green. The shape and material has been improved and seems to dry out a little faster now as well. Interestingly, its form – as seen above, is very reminiscent of the silhouette of a Specialized saddle…Surely that’s no accident. The tack stitched anchor points for the pocket attachments feature smooth patches so as not to cause any itching. Fairly standard leg grippers on the inside of the hemmed cuff on the thighs. Even the pockets themselves are made from a mesh material that breathes better. No chaffing! Quite often my experience has been that the shoulder straps on bibs which aren’t laser cut can have a tendency to cause some irritation, particularly on the nipples. That wasn’t true in this case.

Through deductive reasoning, you may have already realized that these are strictly meant to be worn under a pair of shorts (or pants) due to their somewhat “see-through” nature. By strictly committing these bibs to being an undergarment, as opposed to something meant to be worn on its own, Specialized was able to greatly reduce the thickness of the material. This makes for bibs that feel like little more than a chamois and a set of pockets. So what’s the bottom line? Well, for one, they feel substantially cooler than other bibs I’ve worn over the years. With that in mind, they don’t provide as much compression, but in my opinion it’s worth it for how airy and minimalist they feel. I really liked the original SWAT bibs for utility’s sake, but I would generally avoid them in hotter weather as they would get heavily soaked in sweat and thus, weighed down. This meant that often on days in average temps, I was able to get away with wearing pants, as opposed to shorts – which is something I generally prefer. Perhaps it’s all the poison oak that thrives where I ride. Anyhow, how did the bibs fare in other areas? Well, I hardly noticed them, which is by all accounts a good thing. The leg grippers didn’t call attention to themselves by way of slipping or gripping too much. The pockets allowed for plenty of storage, to the point that you could start to make your jersey feel a bit strange and still have room for more things. The angled nature of the side pockets’ openings made their contents easy to reach, and even on the roughest of trails I never lost anything. The chamois proved to be quite comfortable as well – an improvement over the past base model, but perhaps not quite as refined as the bougie “pro” level SWAT bibs. However, those do come in around at least double the cost.

At the end of the day, I really like the Ultralight SWAT bibs. By reducing the material and making it far more breathable, Specialized was able to engineer a very well thought out set of bibs that provide excellent cushioning, just the right amount of storage and nothing more. By doing this they keep you cooler in general, which is especially nice in the Summer. They also open up options for wearing longer sleeved garments deeper into the shoulder seasons. If you like the extra protection, you might be into that…then again you might not be, but the option is nice. The only potential downfall is that the airy, stretchy material doesn’t do much in the way of compression. All in all, that’s a very short list of complaints. Perhaps best of all, they’re only $75 US, which is a darn good value. 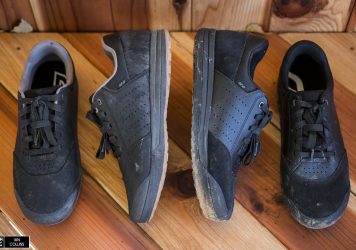 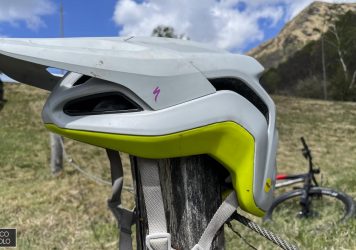