After the iconic D3 helmet enjoyed roughly a decade of immense success across the freeride world, the BMX realm, and most importantly the World Cup downhill circuit, Troy Lee Designs finally unveiled its aptly and unsurprisingly named successor – the D4.  Upon its launch, we received one for testing and after a few months of use we’re ready to share our thoughts…

The silhouette, shape and styling is still very much what you’d expect from Troy Lee Designs. While TLD’s helmets are ever evolving, there is a particular defining style that carries over and ties them together aesthetically, across decades. One of the biggest stories here is the addition of new vents. The amount of open surface area has increased substantially and strategically, in order to keep air moving front to rear. As you can see above, out back in particular, there are a great deal more vents compared to the D3. While an updated version of the D3 saw the implementation of MIPS first, it should be no surprise that the D4 also features the widely praised safety feature as well. You can read more about MIPS here. 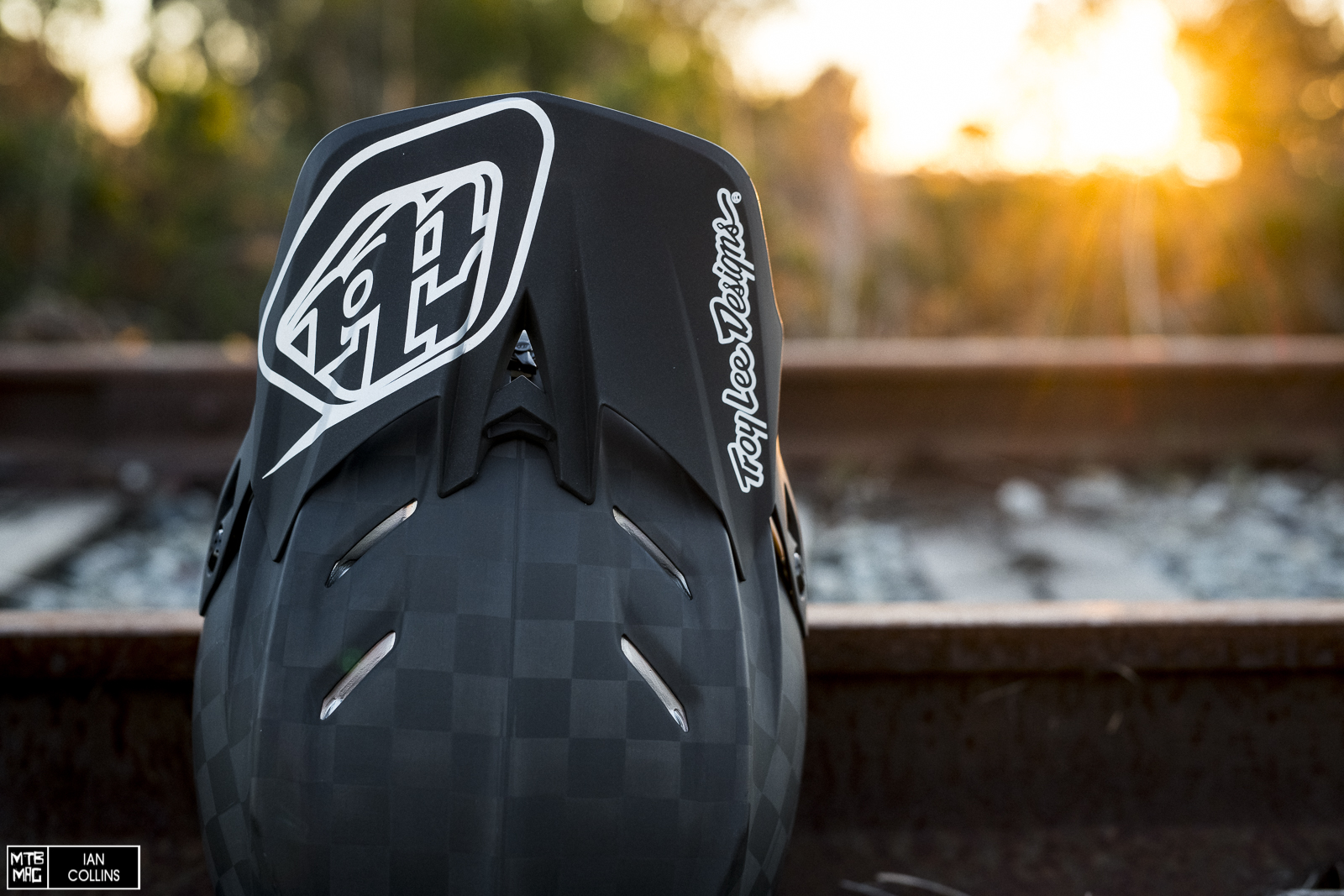 At the top of the helmet we now see the addition of a set of four longer vents, shaped like slits. 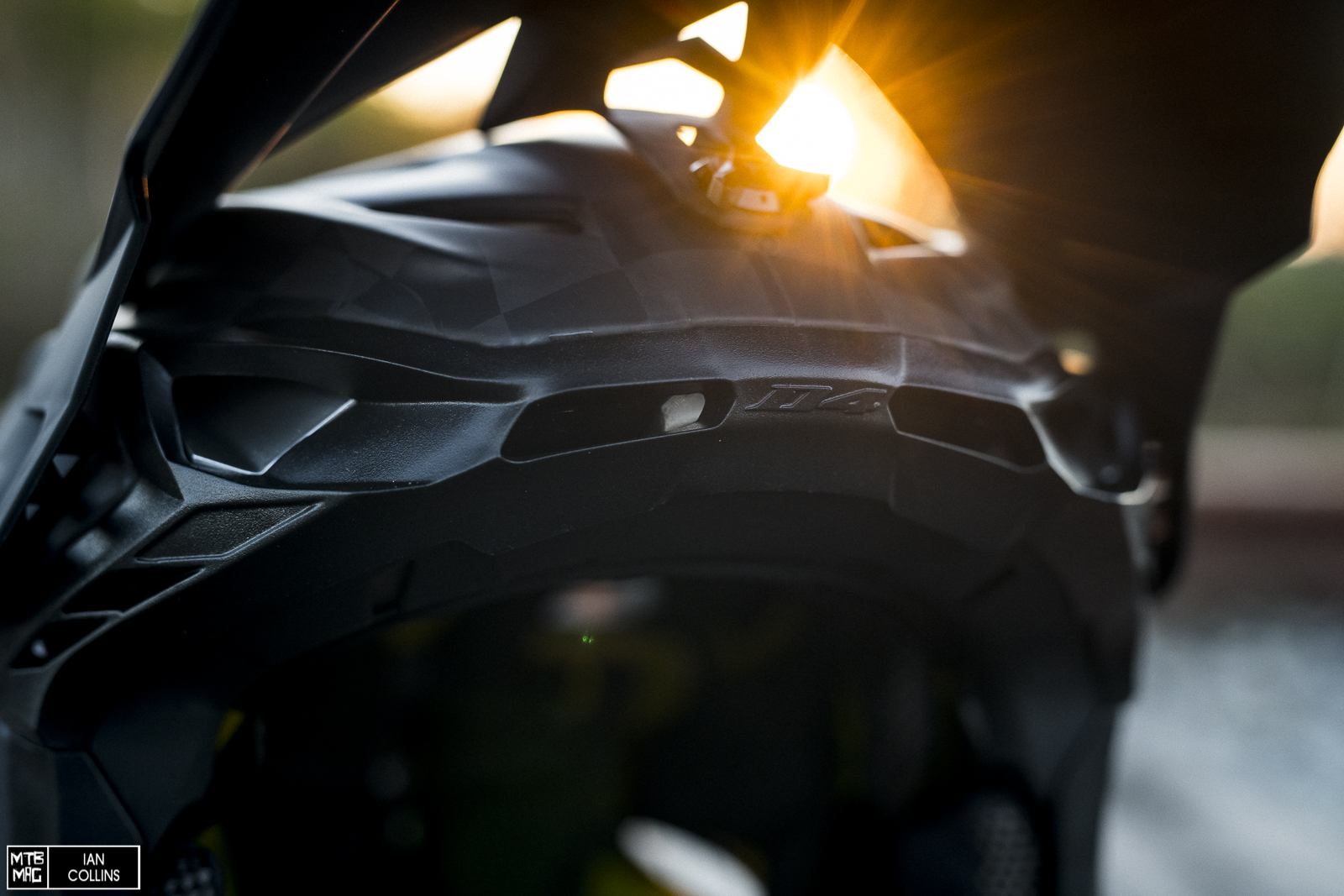 There are even more intake vents at the brow port and all around the entire forehead area. 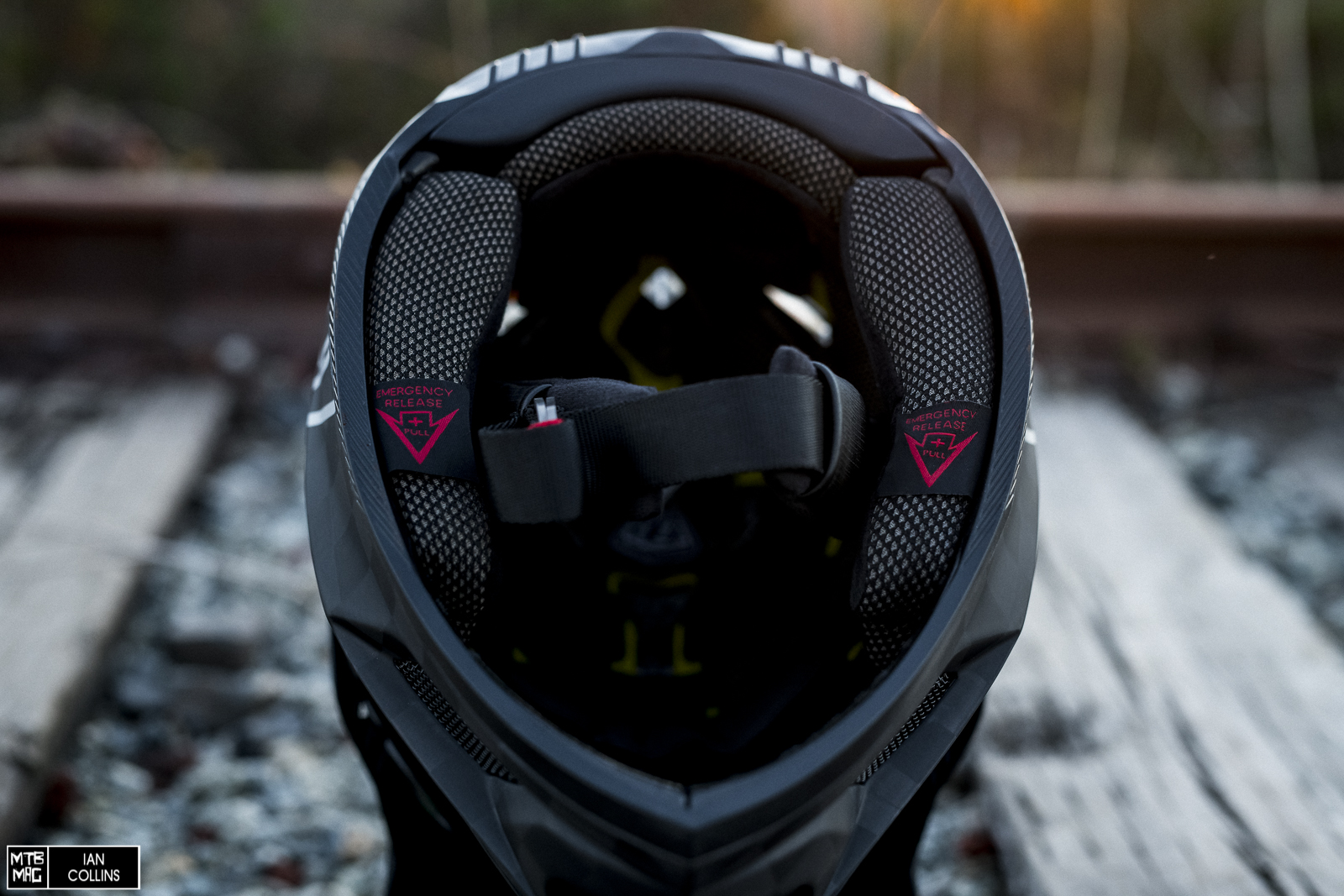 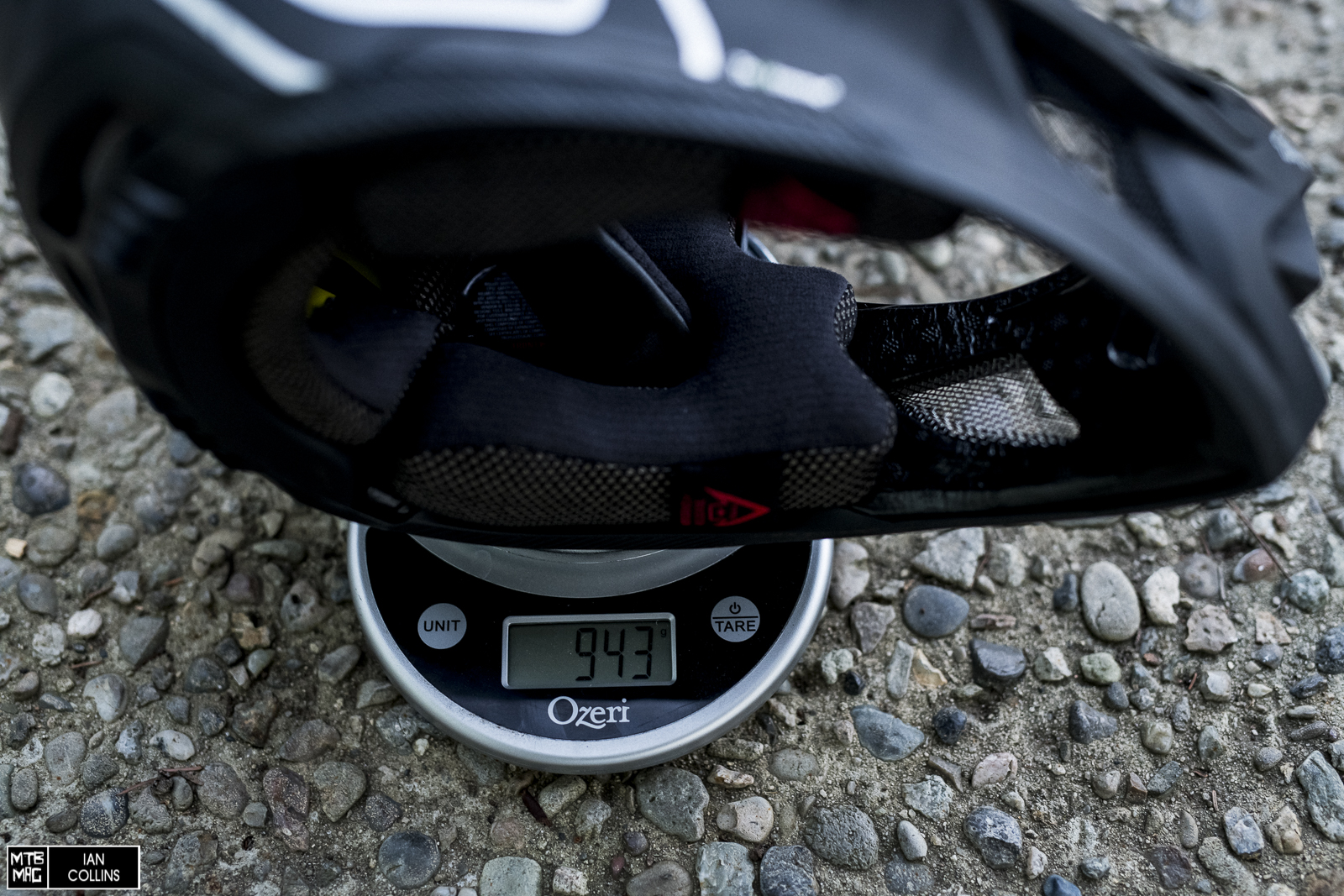 Our sample helmet came in at 57 grams under the claimed weight.

Kicking things off with fit, I wore the same size Large helmet as I have in the past with the D2 and D3. Personally, I feel as if though the D4 has a slightly roomier fit, but not to the point that I would need to go down to a size Medium. Either way – with 6 sizes available, just about everyone should be covered and won’t have to compromise on fit. The first thing I noticed was that the D4 is noticeably lighter than my D3 – roughly 1/4 to 1/3 of a pound lighter, which is something you can really feel on trail. Another thing I took note of right away was how much more plush the pads are. They’re clearly made from a different, softer material and the increased comfort was certainly welcome. The last D3 helmet I had was not a MIPS equipped version, so that took some getting used to, and one downside is the fact that it is a bit noisy. On one end, you can hear much better in the D4 due to opened up vents near the ears, something I really appreciated. But, on the other hand the MIPS liner makes noise as it purposefully slips in order to allow your helmet to float. This wasn’t something that I noticed while riding at speed, so it wasn’t too much of a distraction. With that said, sometimes it came into the forefront of my mind on slower speed sections of trail and you can definitely notice it when you’re hanging out and adjusting the buckle or your goggles. 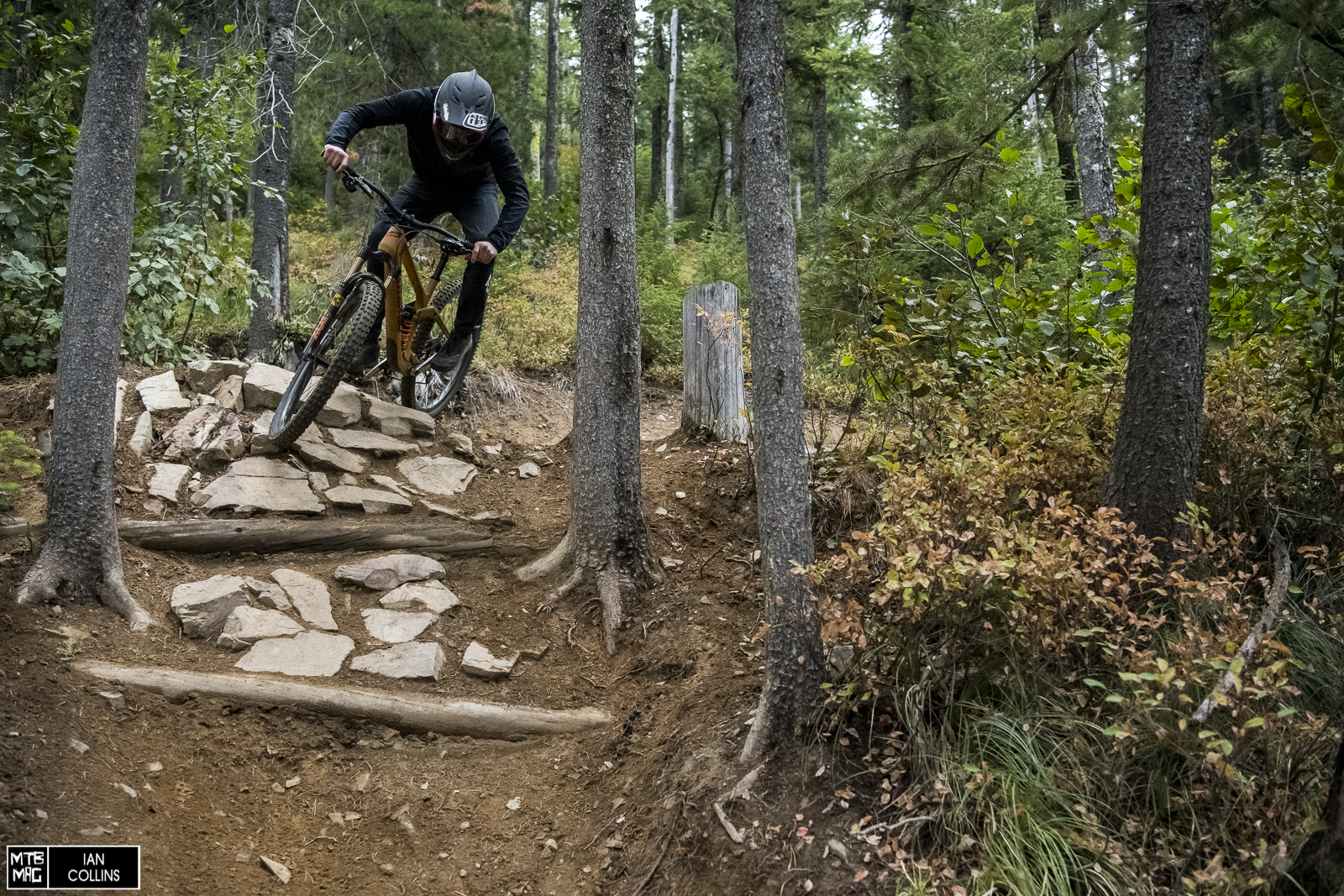 In terms of managing temperature and moisture, I feel that the D4 was surely an improvement over the D3. There are more gaps, channels and better overall spacing throughout the padset, which makes for more open surface area to better wick moisture, and thus even on hot days in the 90º’s Fahrenheit it never got saturated. Additionally, with the increased vents, the air flow is also improved, although the D3 was already pretty darn good to start out. It’s worth noting that a few of TLD’s Enduro World Series athletes, namely Jack Moir, have opted for the D4 over the enduro focused Stage. While this may have more to do with a desire for increased protection, it’s also a testament to how lightweight, comfortable and breathable the D4 is. Lastly, there were no noises or weird whistling sounds coming from the vents. Fortunately, I haven’t had any crashes in the D4, so I can’t directly comment on how it handles them, but there is no reason not to be confident in its level of safety. I’ve also bore witness to a handful of friends who are high level TLD athletes who’ve shaken off some pretty big crashes in this helmet and walked away unscathed.

While I haven’t done any major comparisons with flagship offerings from Bell or Fox, it is safe to say that the D4 is a class leader in weight at the very least, edging both brands out by roughly 200 grams. While sweat management and ventilation were excellent, the only potential downside is the noise that the MIPS liner made. It wasn’t enough to take my focus off the task at hand, but it was still a little bothersome. As a preview for how much it would be a factor, you can hear the noise as you slip the helmet on and settle into it, so you could try it on to determine whether or not that would be a deal breaker for you. 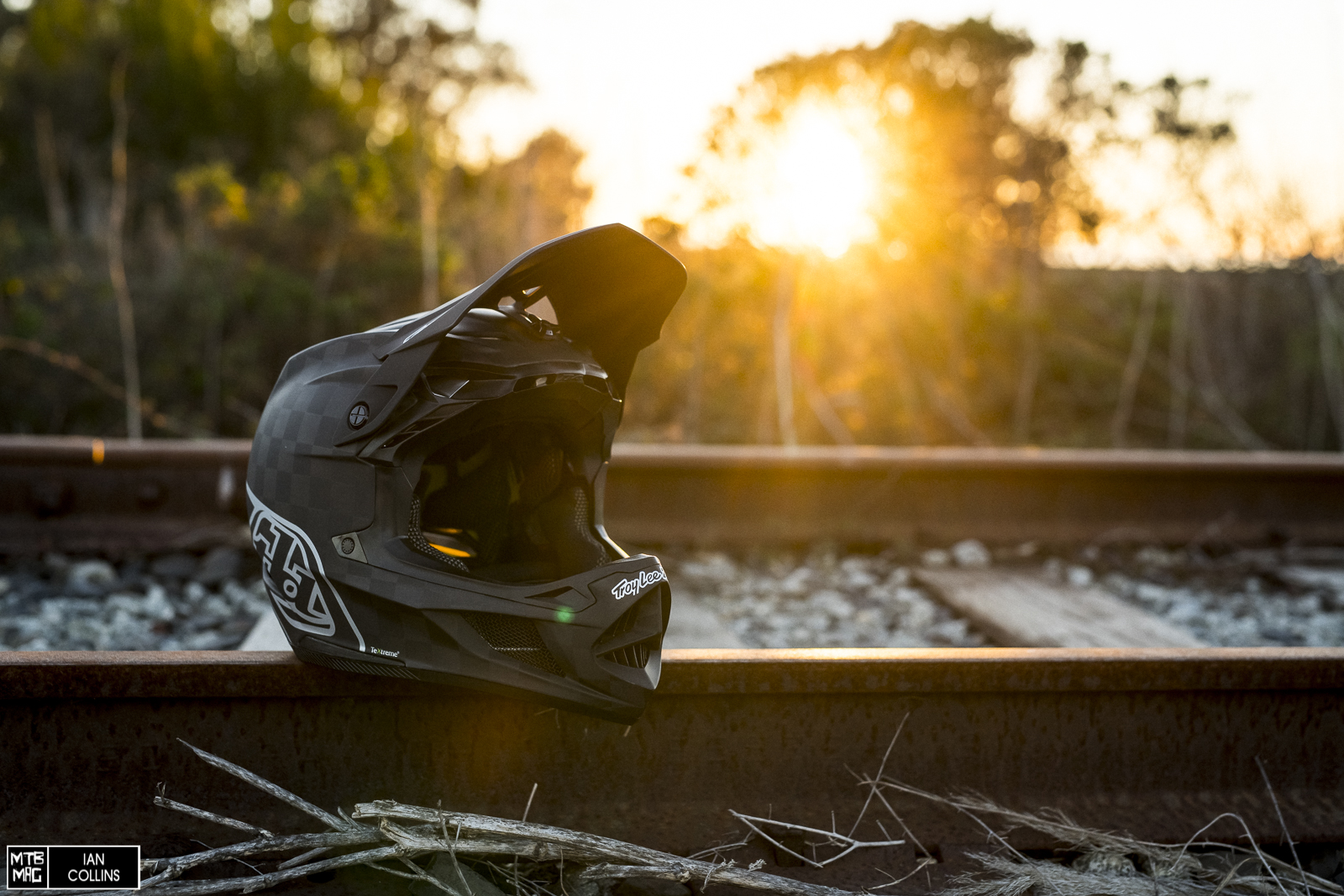 When it comes to fit, every rider has their own individual preferences, but TLD has been widely and wildly popular for some time now for a reason. Personally I thought the fit and comfort was excellent, but for an investment like this it’s likely best to try it for size first. Speaking of investments, at $575, the D4 is definitely on the much more expensive side of things in the helmet world. If you like what you see and want to save ~$175, consider the composite version of the D4, which surprisingly only tacks on about 50 extra grams, but still boasts the same level of safety, an excellent fit and classic Troy Lee Designs styling. 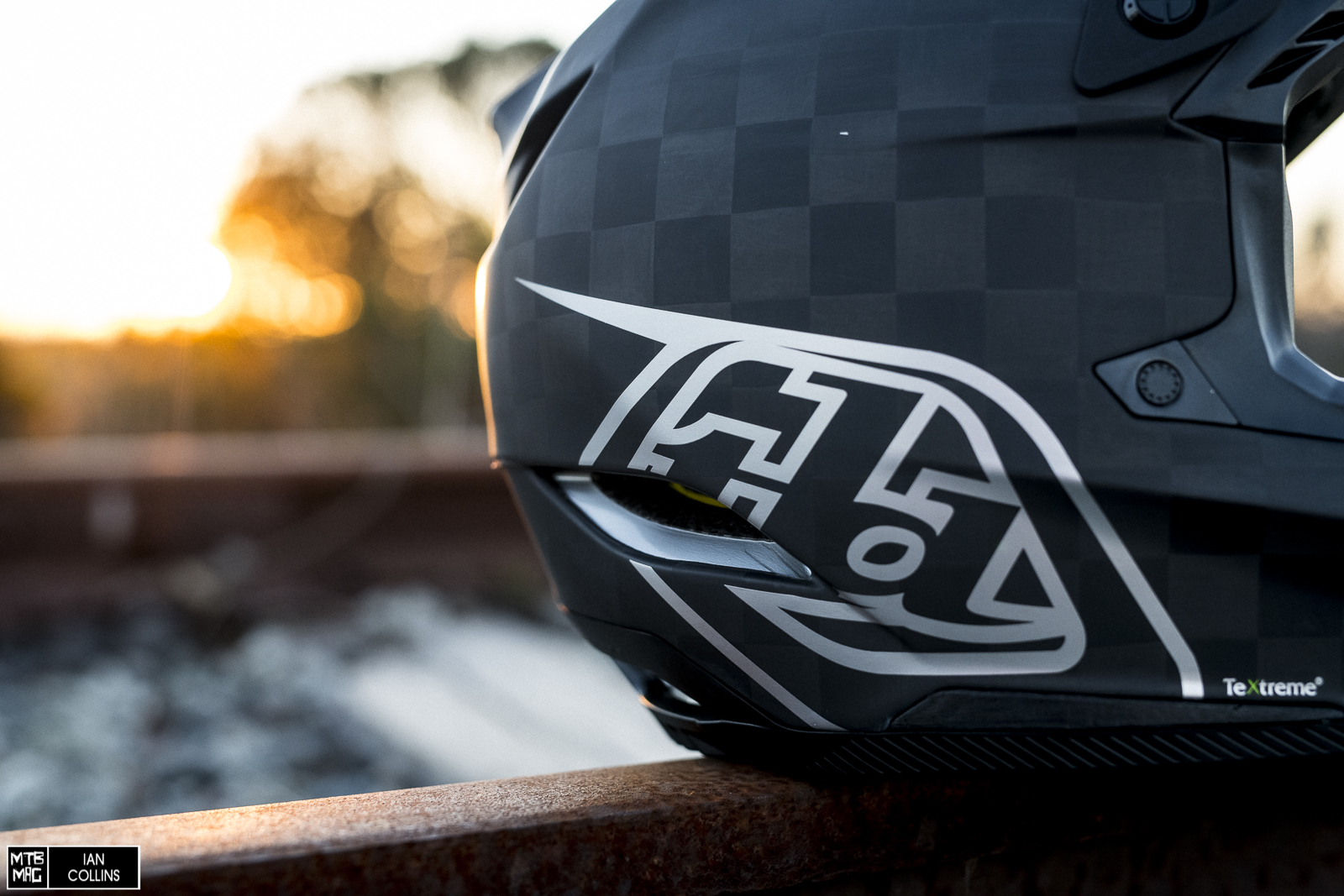