Through a few different iterations, the Ruckus short has remained Troy Lee Designs utilitarian offering that leans slightly toward the gravity crowd while falling roughly in between the Sprint and the Ace, in terms of duty. Throughout this past Spring and Summer I’ve been riding the latest version of the short, which has seen a handful of updates this time around. 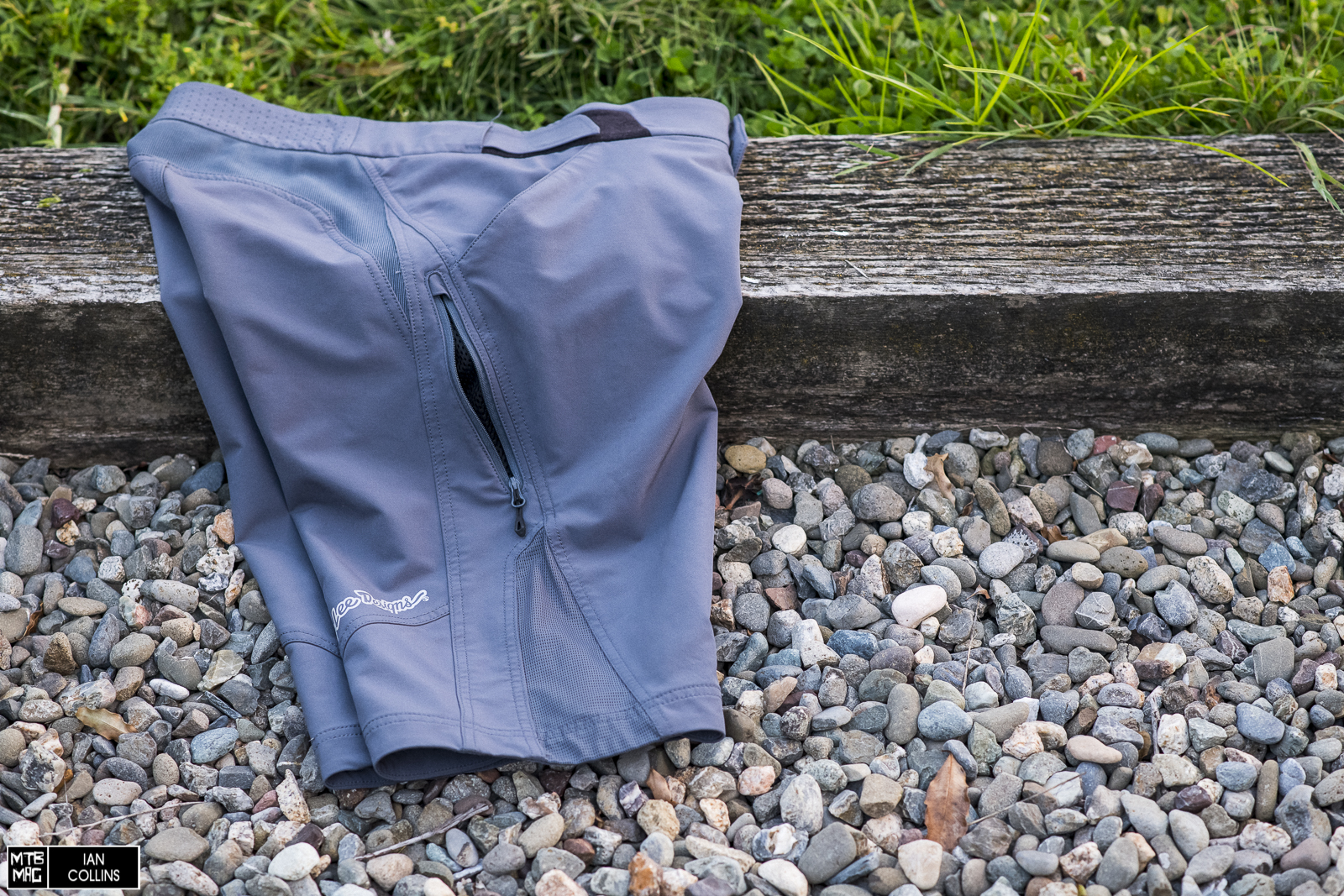 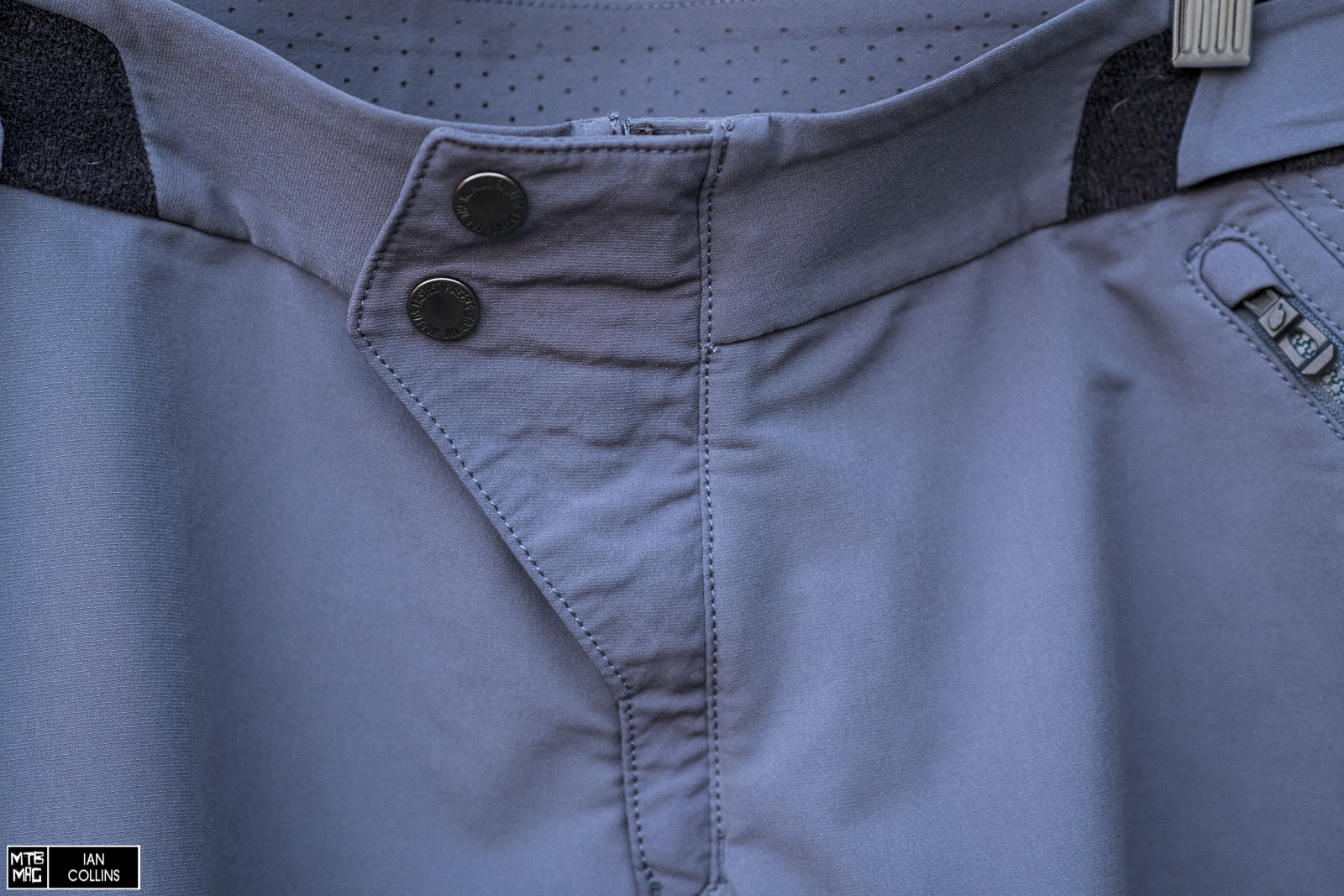 Starting up front, the Ruckus now sees two buttons for a more secure closure. After enough use, under pressure, the button on the old Ruckus had a tendency to come loose easily. 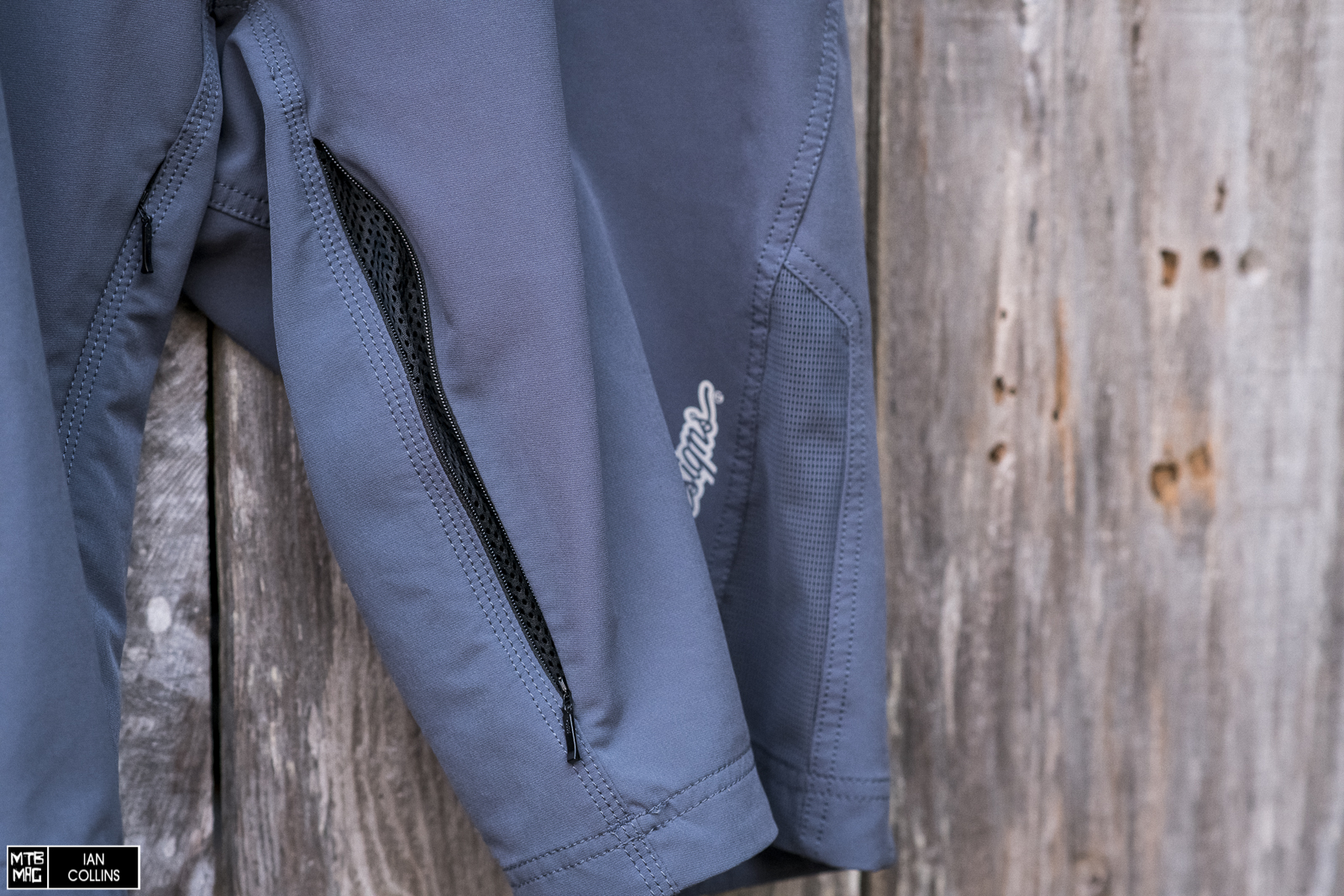 The zipper vent now falls in line with the triple reinforced seam running down the inside of the thigh. This makes it much easier to open/close while riding. It also sees a slightly larger tab that’s easier to grasp – a small matter, but a definite improvement. 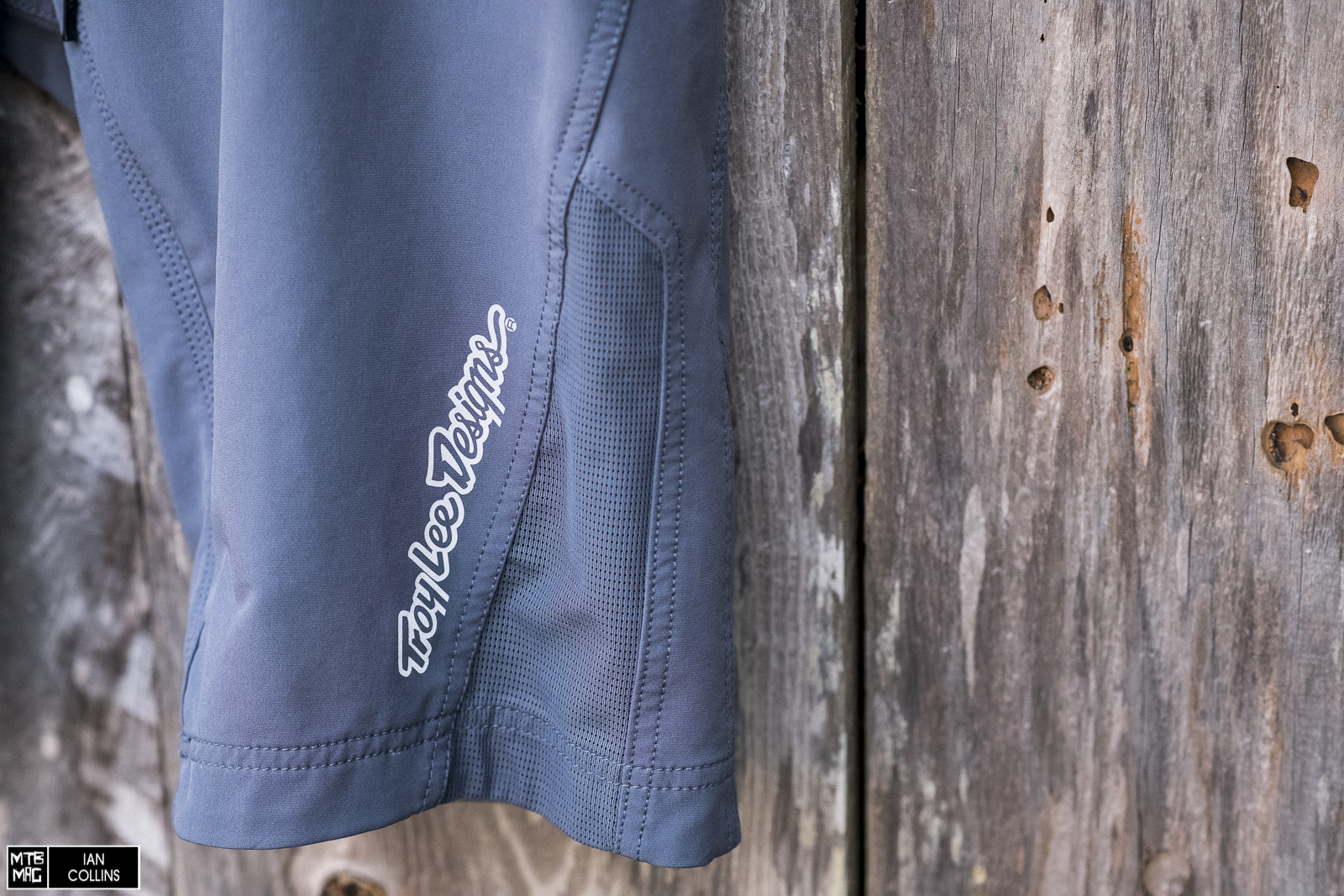 The Ruckus that preceded this was a great short, and thus much of the lines, styling and functionality remain similar. The mesh panel shown above helps with breathability, but also serves to give a bit so as not to ride up if you’re wearing kneepads on the bulkier side. Unsurprisingly, this is just about the same as it was on the last version. 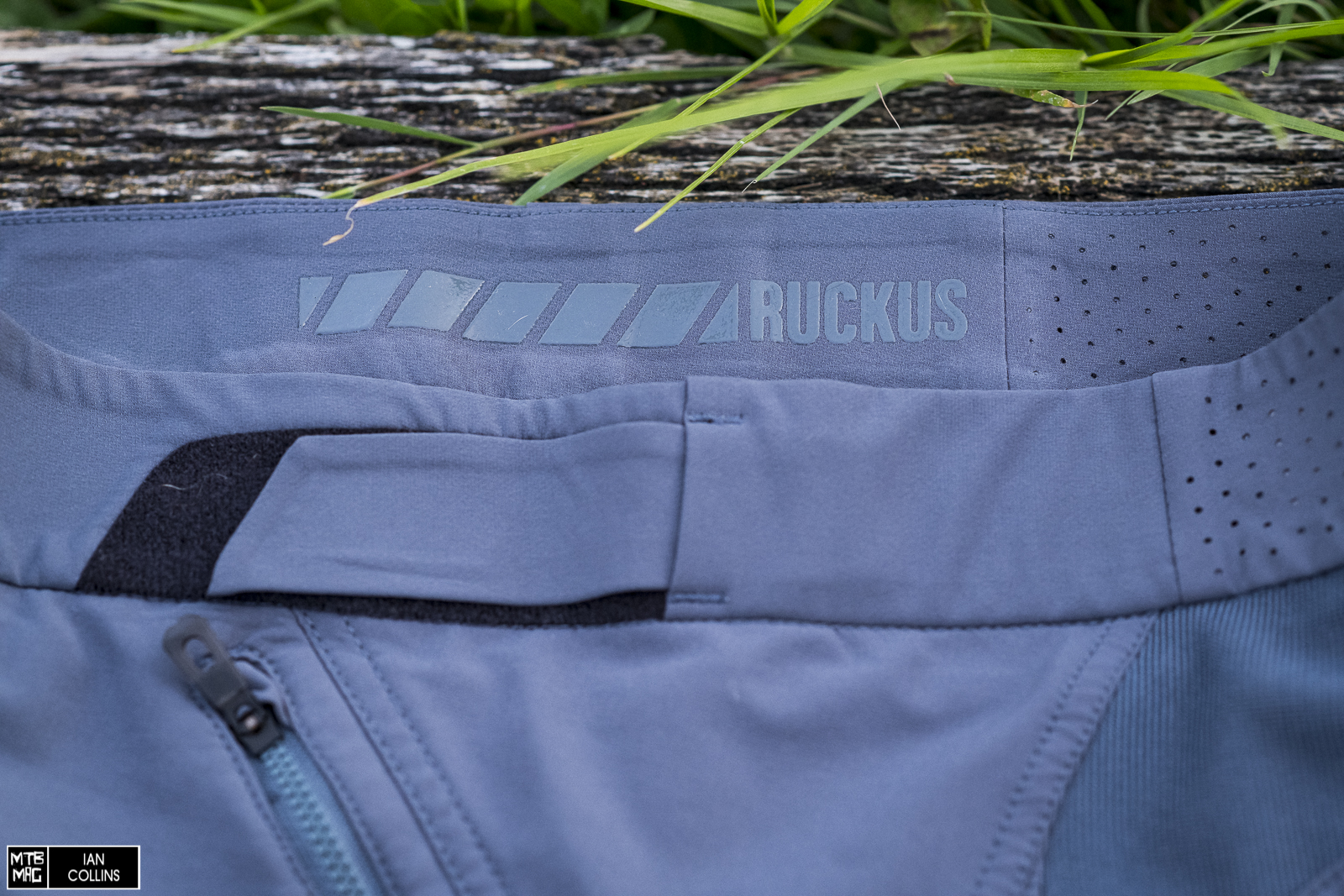 There are small panels of rubberized graphics on the sides of the waist which help prevent the shorts from sliding down. 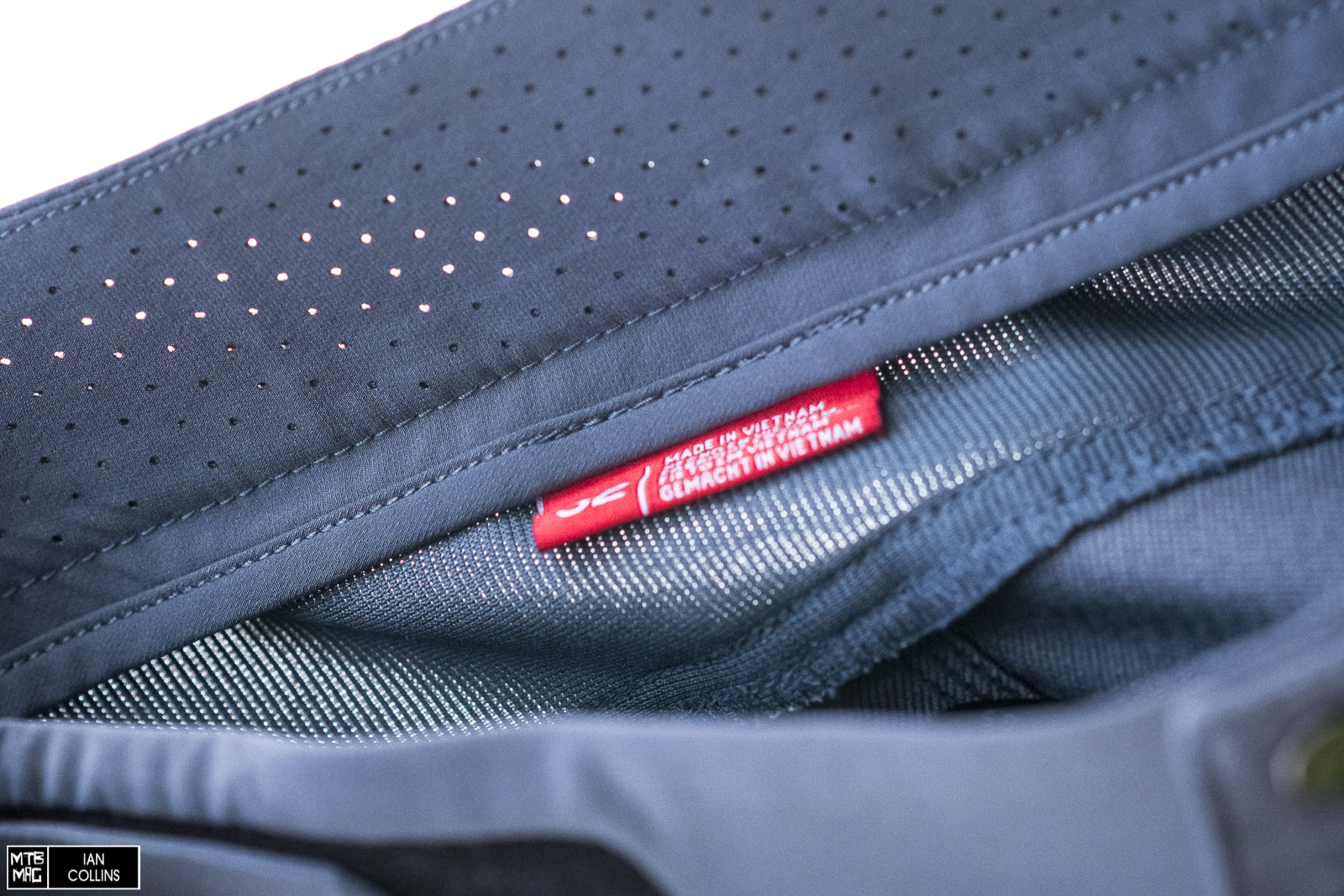 The breathability, particularly at the back, where sweat collects, has been improved with perforations at the waist band and the more open mesh panel, which also stretches to move nicely with your body. Gone is the old key pocket at the back of the waist. 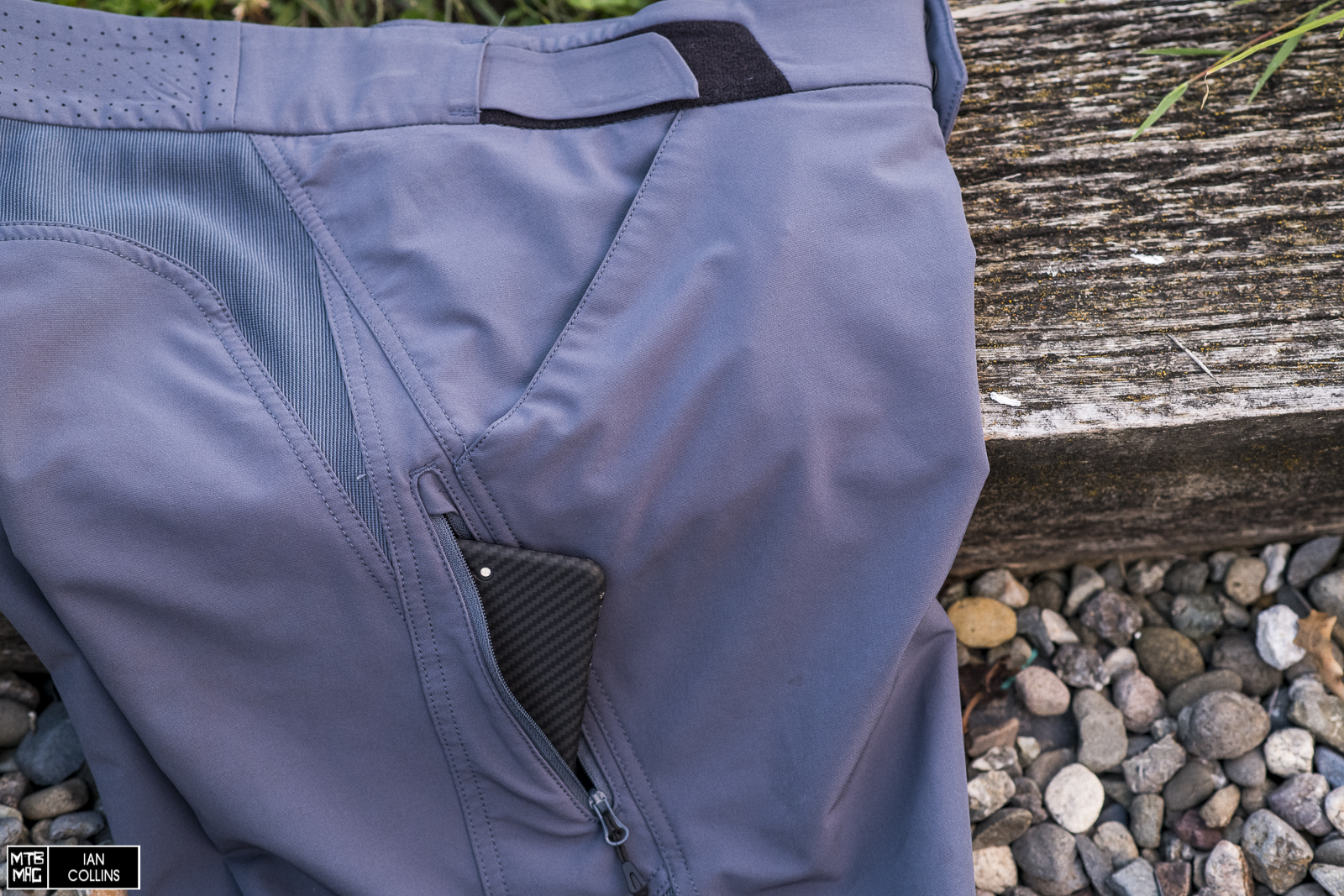 The pull tabs at the waist are no longer rubber, becoming a bit more discrete and less apt to snag on your jersey, while still offering 2″ of adjustment. The layout of the pockets are similar, but the opening of the open slash pocket makes it easier to access, while still allowing the contents to sit quite deep so they won’t dislodge accidentally. The right side slash pocket is now larger so it fits a phone, although storing a phone there (as shown above) is a little risky as a small slide out could leave it damaged.

Starting with fit, the Ruckus is what would fall into the “Classic” category – not too baggy and not too trim. They move freely as you pedal and cover your kneepads nicely – the fit is very middle of the road. I’m actually a 31″ waist, which falls between the 30″ and 32″ that I tested, so my waist tabs were pretty well snugged down and the shorts stayed put with no riding up or sliding down throughout my rides. The material itself has a fair bit of stretch to it, but it manages this without being as featherweight as a 4-way boardshort type material as seen on the Ace short. Although it’s no longer “ripstop”, the material on the Ruckus has a more durable edge to it and after a few minor crashes the remained unscathed, so I can vouch that they’re pretty tough. 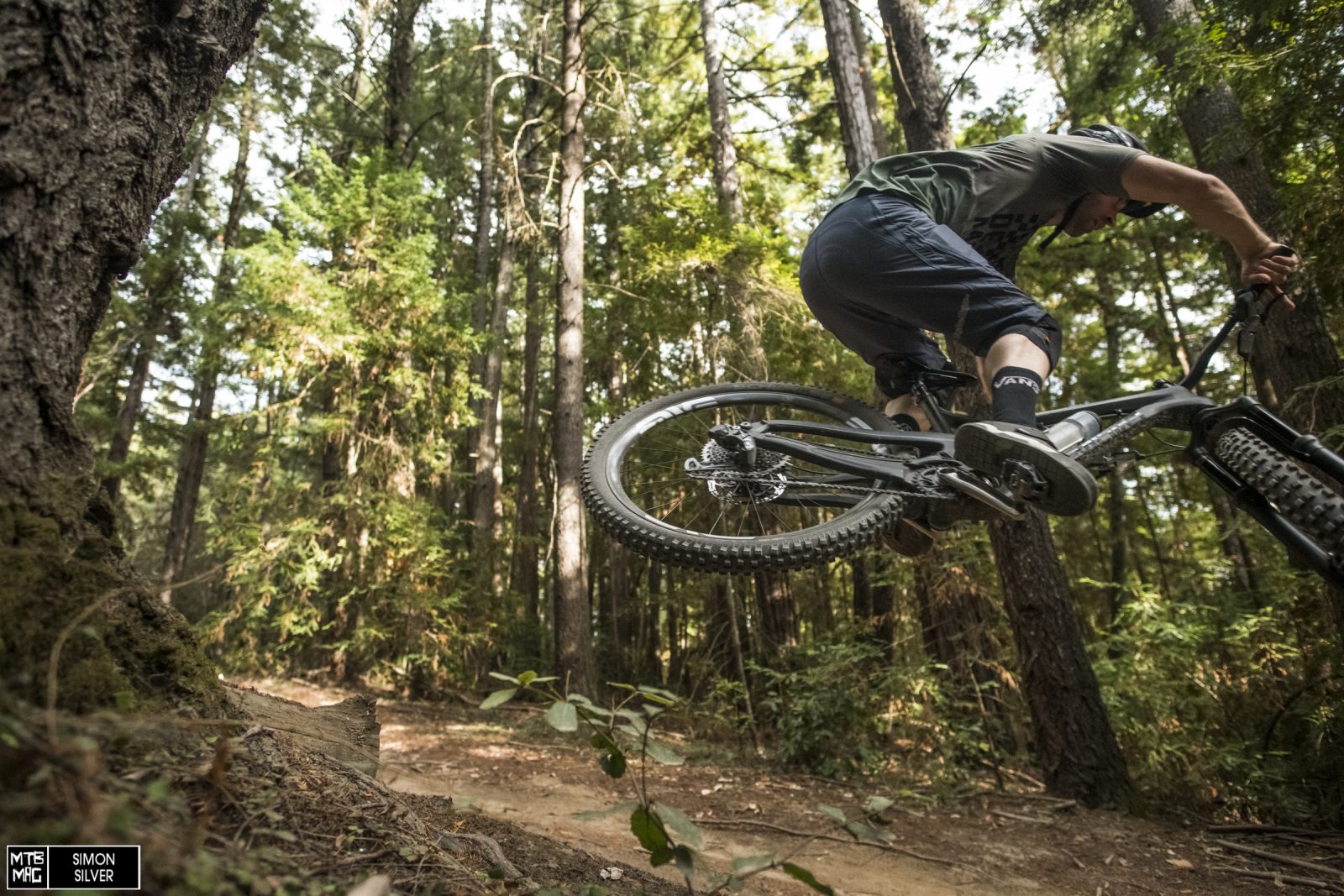 For the sake of practicality, I like the idea of having one slash pocket and one zipper pocket at the front of the thighs. In the era we’re living in, where sadly we all constantly check our phone, it is convenient, although less so for left handed riders. Having the zipper pocket is good for the security of a set of car keys, a credit card, etc. As mentioned above, I didn’t put anything valuable in the zipper pocket below the slash pocket as it would easily be damaged from a slide out (I roasted an iPhone this way at the TDS Enduro), but rather it served as a good place for a Clif bar or a gel. One thing I did notice was that it’s pretty easy to get contents in and out of the slash pocket while riding, but due to the depth and angle it sits at, they did not get jumbled around – something which is definitely a pet peeve of mine. As far as aesthetics go, Troy Lee is known for bright, loud colors and patterns that are often even garish. This time around the colors available are fairly straight forward with 4 drab offerings, a handful that are bright (but not too bright) and even a rather subdued camouflage option.

The Ruckus has been a successful and popular classic in TLD’s lineup for some time now. The latest iteration has kept it within its target market, ranging from trail through enduro, while making some really key updates without losing sight of what the short is all about. The fit is well thought out all around, without anything bunching up or seeming out of proportion. The materials chosen strike a nice balance of being flexible and moving freely without sacrificing durability. Lastly, the features and construction have seen some good improvements such as better closures and tougher reinforcements. All in all, for an average day riding in hills, you’ll be hard pressed to find anything wrong with the Ruckus. They’re comfortable, breathable, fit well and are built to last at a reasonable price. It’s a great choice for 90% of the riding the average mountain biker does.