A few weeks ago, Austrian ultralight tube manufacturer Tubolito sent us a sample of their wild new PSens Smart Tube. Using NFC – near field communication – the tube allows you to monitor your tire pressure with a smartphone app, simply by bringing your phone near a sensor located by the valve. Like most tubes from Tubolito, it is freakishly light. Interestingly the NFC sensor adds just 5 grams and doesn’t use a battery, bluetooth or anything reliant on charging. Have a look at the video below for more details, then scroll on down to see how I found it to work out on trail. 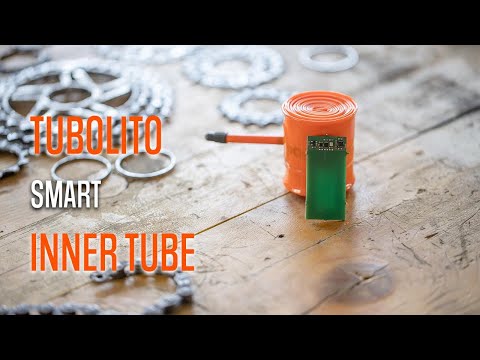 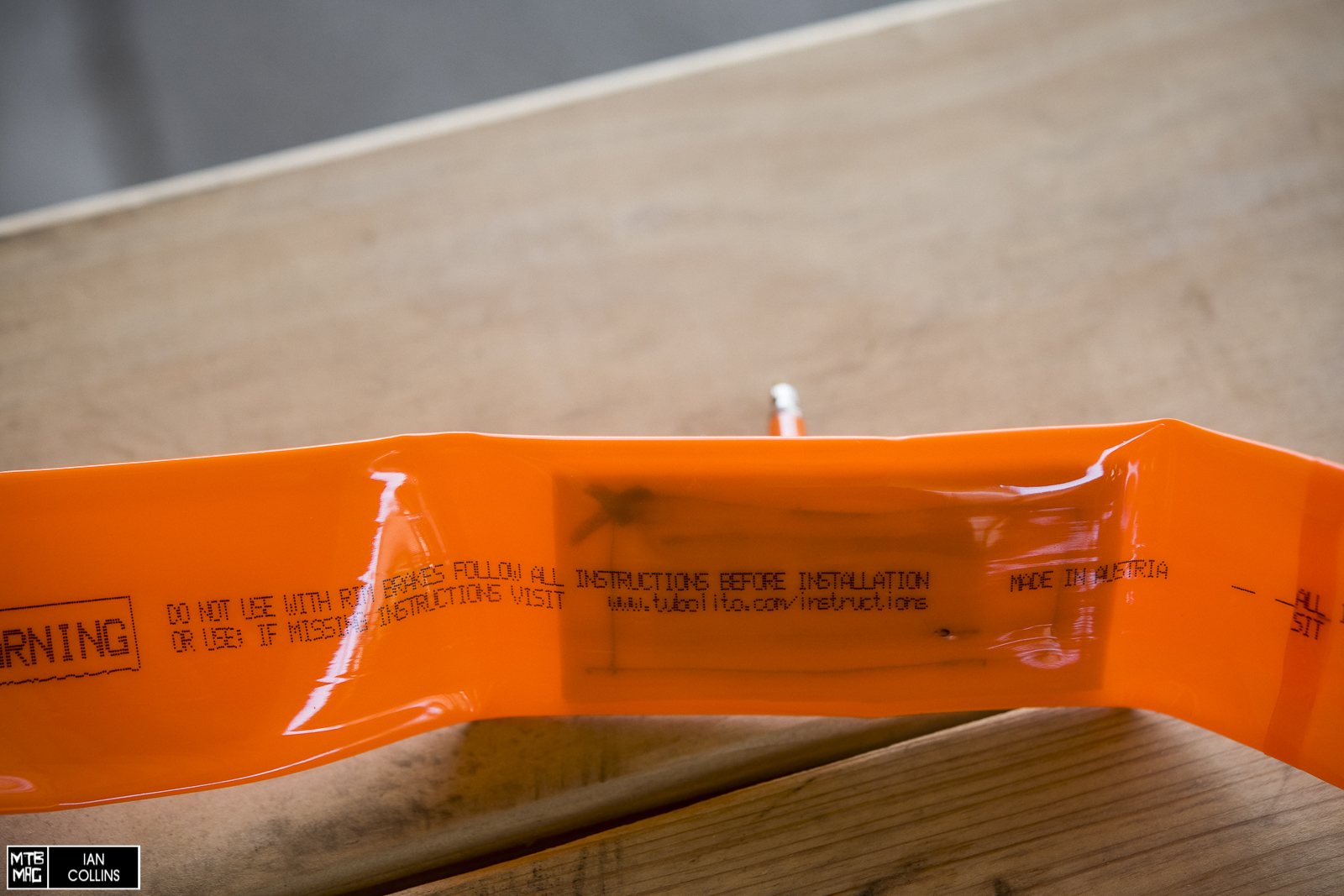 Looking at the photo above, you can see the patch which houses the NFC chip that is lined up above the valve. You can also get a pretty good idea of why it only weighs 5 grams as it is quite scant and minimalist. 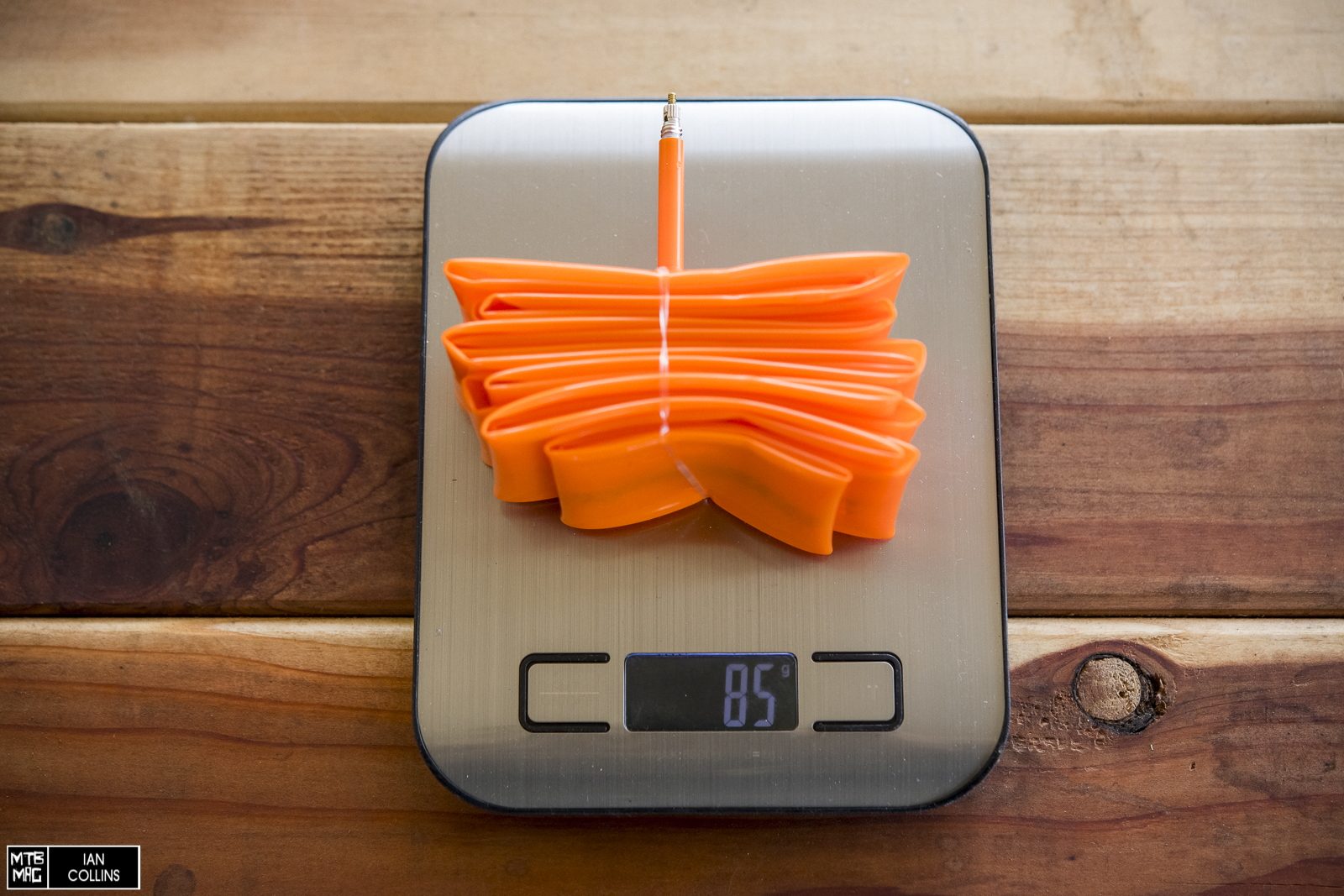 At 85 grams for a 29″ model, our sample came in a few grams under the claimed weight… 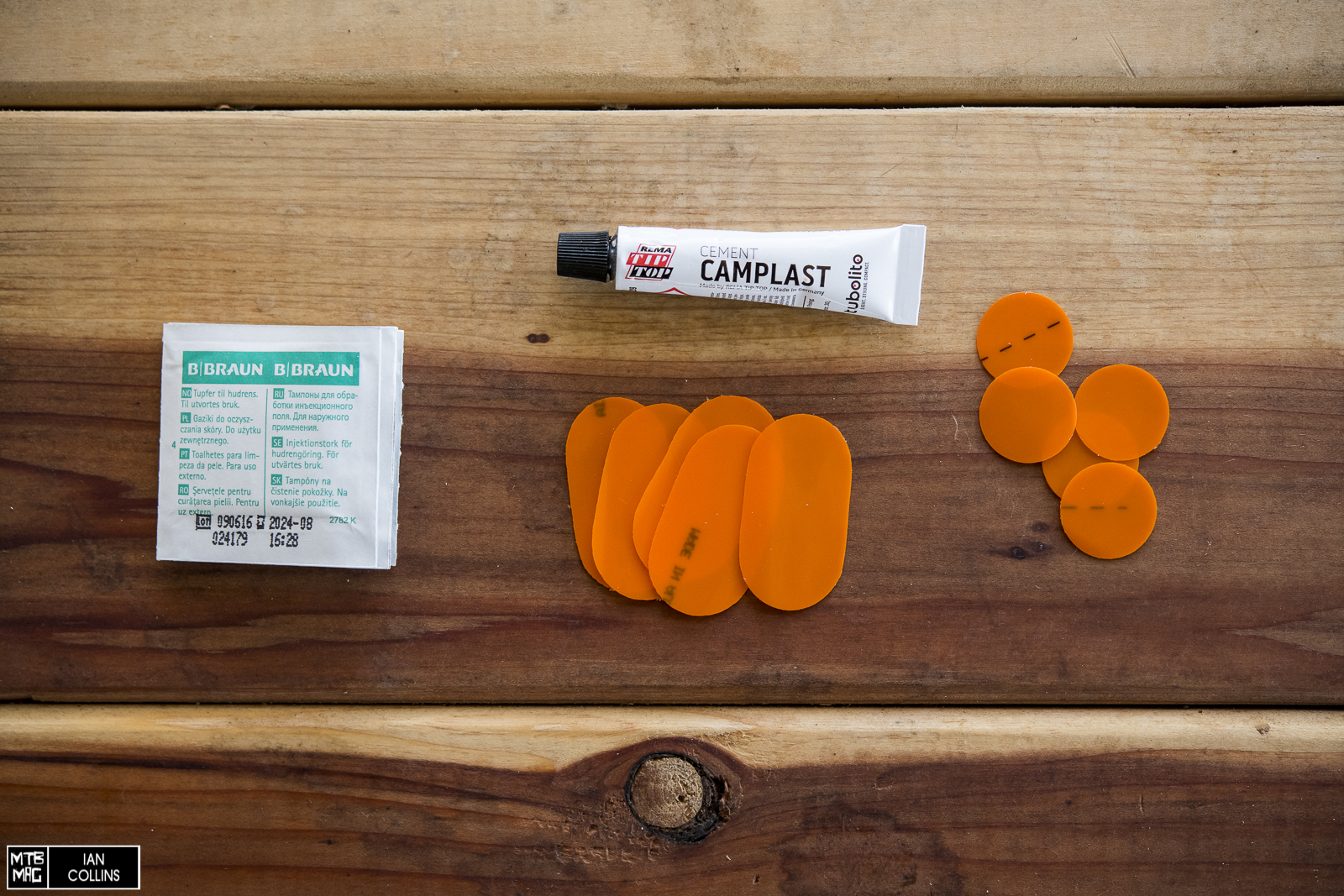 Tubolito was kind enough to send their patch kit as well. After all, if you flat a tube that tips the scales around $50, you’ll want to fix it for sure. Either way, what’s interesting is that the patches utilize the same ultra stretchy thermoplastic elastomer material that makes up their tubes. 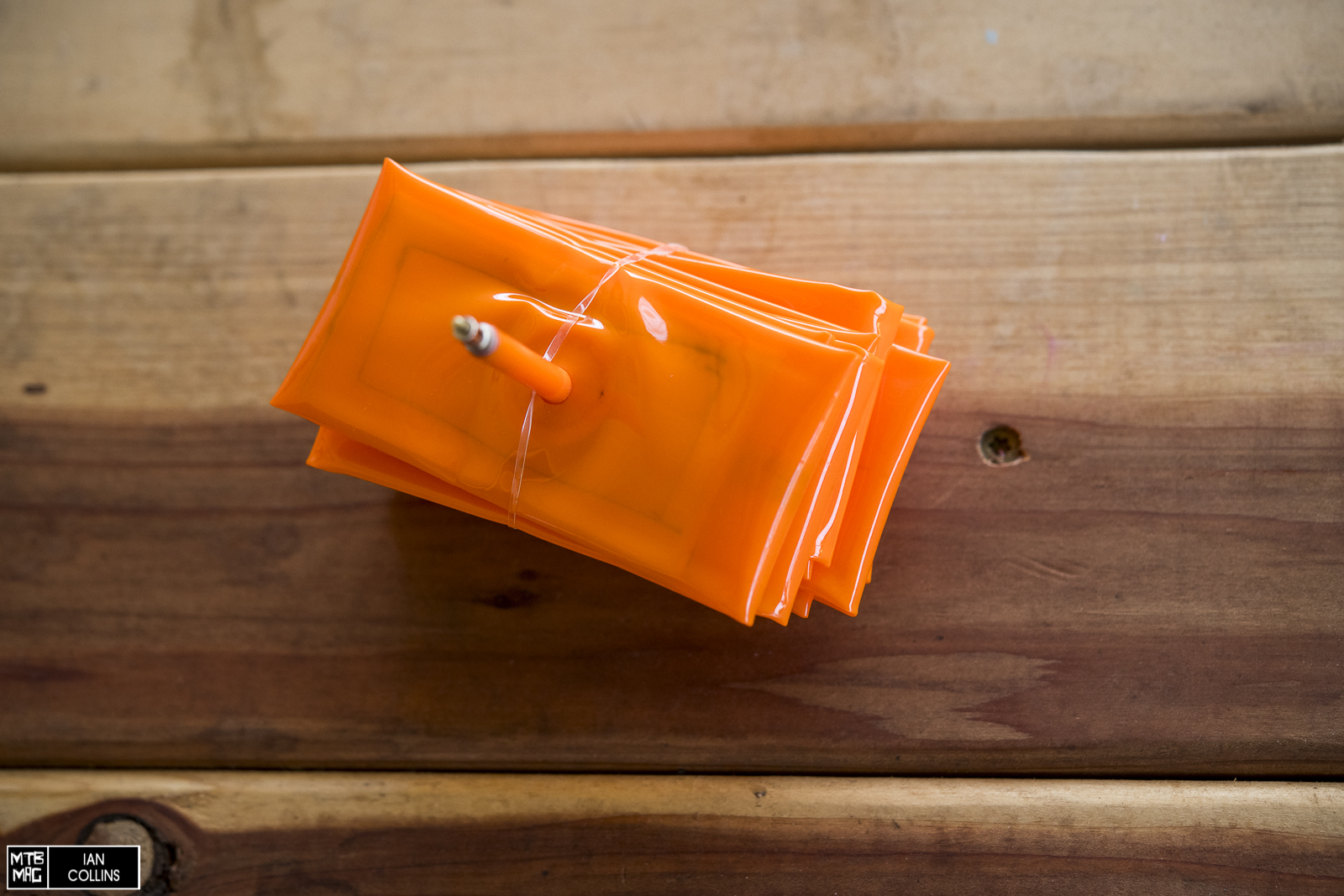 Just like their standard tubes, the PSens takes up very little space and could also work nicely as a spare.

After an easy install that is no different than any other tube install – something most of us have done many a time – I downloaded the Tubolito app to my iPhone. The app is also available for Android and is mindlessly simple and easy to use. You just open the app and it prompts you to scan your tire, which is done by holding the phone to the tread of the tire, aligned directly above the valve. I noticed that if I was holding the phone toward the sidewall of the tire I would sometimes get an error message or a bad read. According to Tubolito, it’s best to hold the camera lens part of the phone to that area, as that’s where the phone’s NFC sensor is located. Once I adopted that technique I got consistent reads.

On my first ride, I left for a jaunt with 29 PSI in the rear tire and did a quick check before heading out with the app working just fine trailside. I got through most of a decent climb which has a couple of very short descents as you’re going along. Fate would have it that I pinch flatted near the top of the climb. This is beyond ironic because I hardly ever flat on any of my bikes, even in pretty rugged terrain. I wasn’t even aware that it had happened as the section of trail I was on was not exactly brutal by any means. Unfortunately I failed to bring the Tubolito patch kit with me. I did however have a spare tube strapped to my bike, so I swapped it out and cruised home without an issue. For the sake of testing I did locate the two miniscule pinholes and installed an appropriate patch with the kit at home. I have since reinstalled the tube and it’s holding air just fine.

With the above in mind, it was a bit of a bummer to flat with such a high amount of pressure in the tire. While I’ve tested tubolito tubes in the past extensively and not flatted, this experience served as a bit of a reminder as to why most of us run tubeless in this day and age. At the end of the day, the flat I experienced would not have happened with a standard tubeless setup. So, this tube is an engineering marvel and it is a simpler, lighter weight option compared to something like Quarq valves – but, I’m not sold on it for day to day riding.

I do see the appeal in being able to monitor your tire pressure on the trail, and to do so accurately. But I don’t think it’s worth the hassle of dealing with tubes per se. The tubeless revolution was an absolutely game changer, much like the dropper seatpost was. In the same sense that I couldn’t go back to a fixed post for high performance riding, I also don’t think I could go back to riding tubes.

With that said, if I were an engineer at Tubolito I would be fervently trying to find a way to implement this technology into something like a universal rim strip with a built in valve, or a tubeless valve/tape combination that integrates the NFC sensor, if that’s possible. If that is something that can be executed it would be a product with a much broader appeal and I would surely snatch one up…