As the world of off-road racing continues to evolve, so too does the Giant Factory Off-Road Team. While the 2020 race season is currently on hold, the team looks ahead to the future and has strengthened its roster with veterans and young talent focused on all aspects of the sport.

This year’s Giant Factory Off-Road Team lineup consists of 15 athletes competing in five disciplines: downhill, enduro, XC, gravel, and E-MTB. “The team has been busy these past few months preparing for the upcoming season,” said Team Manager Sebastian Boyington. “At this point we know that the start of the season will be delayed due to coronavirus concerns and postponed events, but all of the athletes and staff members are still focused on getting ready to compete at the highest level as soon as the races begin.”

Three-time Irish downhill national champion Jacob Dickson leads the DH squad into the 2020 season. In addition to winning his third straight elite men’s national title last year in Ireland, the 22-year-old finished on the podium at the Windrock Tennessee National in the U.S., a Class 1 UCI race. Dickson’s top World Cup finish in 2019 was 13th at Round 4 in Vallnord, Andorra. 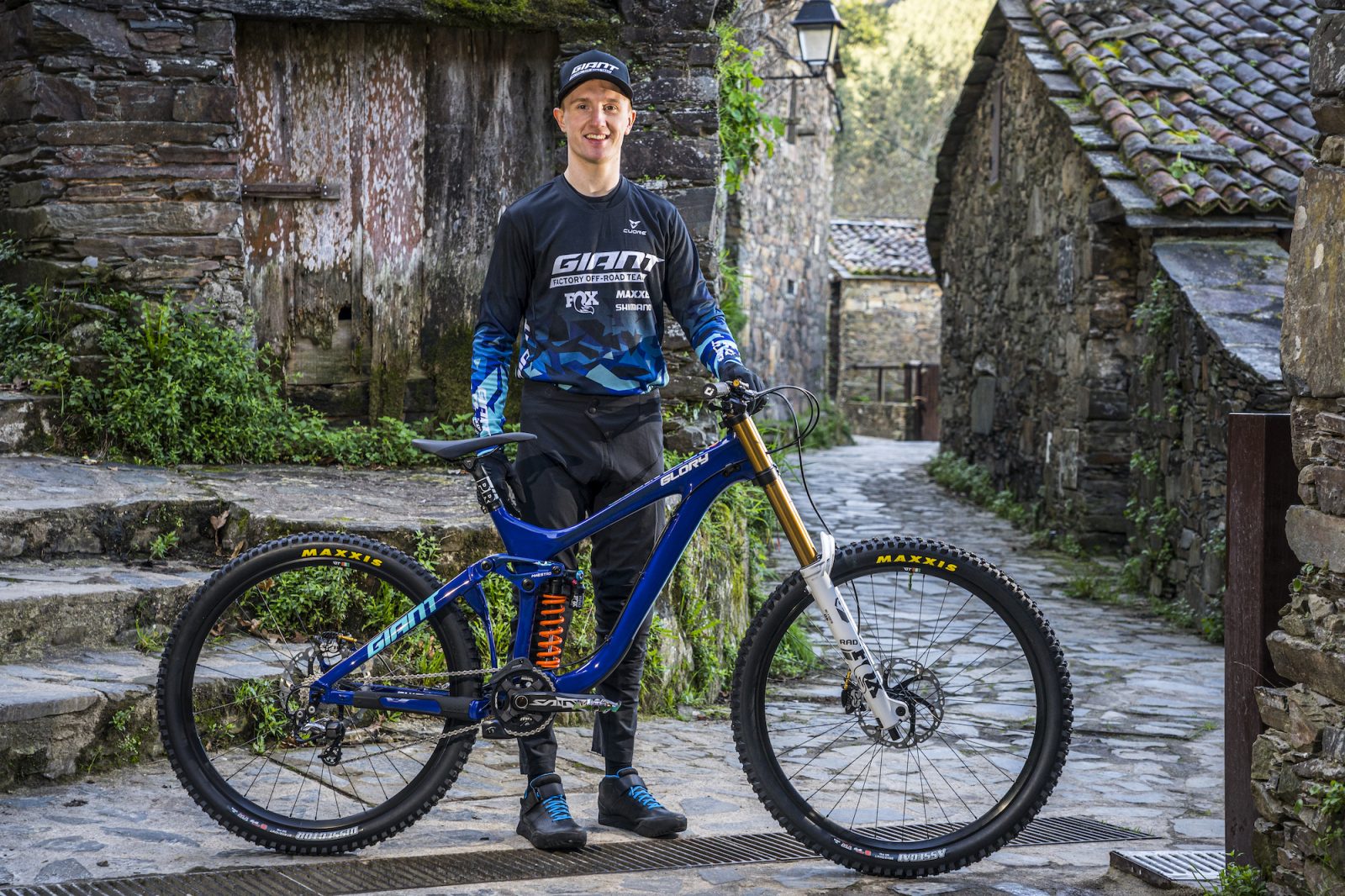 “I’m looking forward to progressing at the big races this year,” said Dickson. “I hope to be consistently fighting for top-ten finishes on the World Cup if and when it gets started and am also prepared to again defend my national champion’s jersey back home in Ireland.” 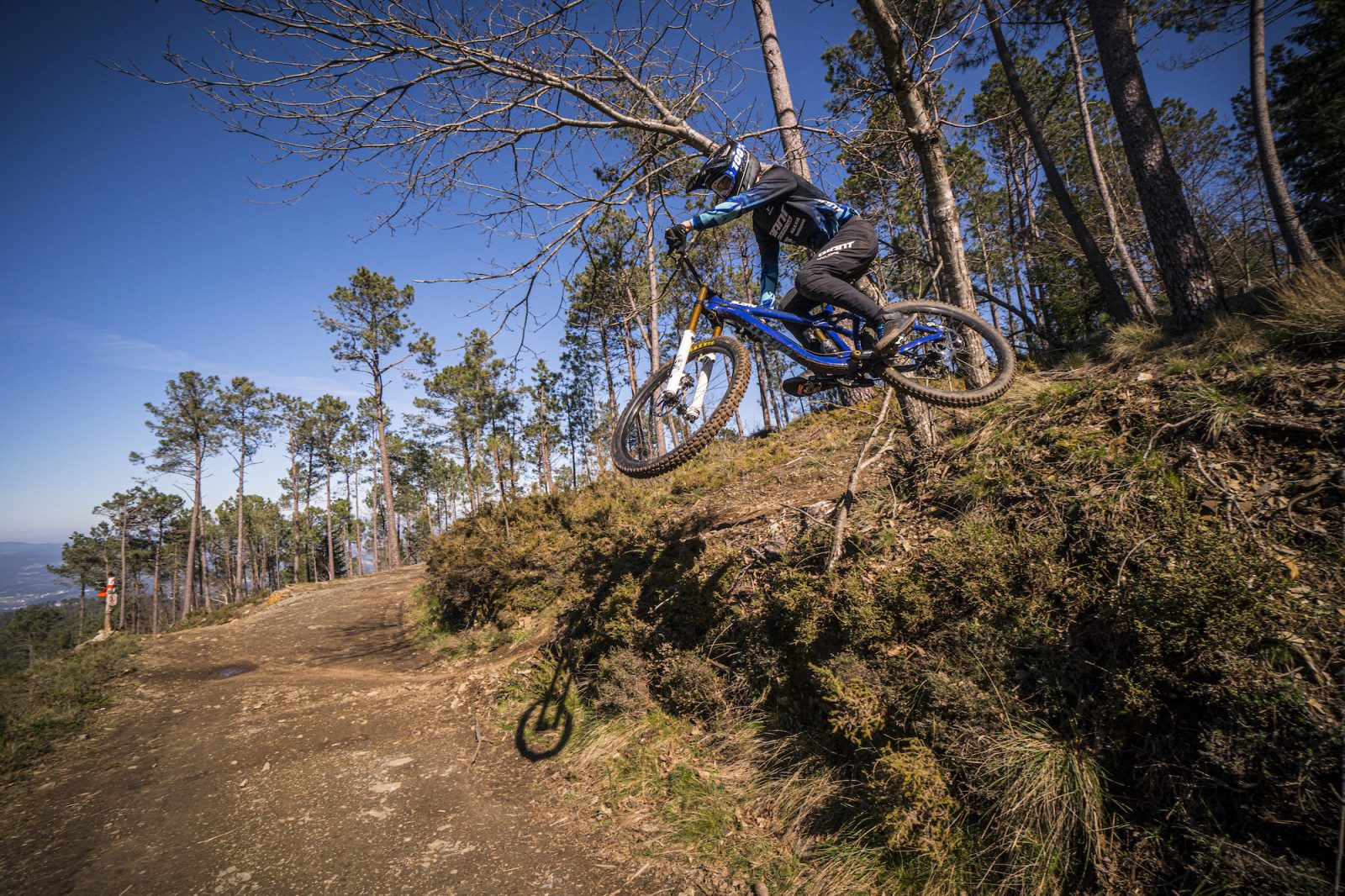 Dickson is joined on the DH squad by the young American recruit Matthew Sterling and returning rider Eliot Jackson. Sterling is the 2019 U.S. DH national champion in the junior men’s category and finished fourth at the final round of the 2019 UCI World Cup series (junior men). The up and comer from San Jose, California hopes to make the most of his final year competing in the juniors. Dickson, Sterling and Jackson will all compete on their Glory Advanced race bikes. The enduro team sees the return of Youn Deniaud, a top talent from France who finished sixth at the final round of the 2019 Enduro World Series and had three top-20 finishes overall. In 2018, Deniaud earned the “EWS Breakthrough of the Year” award and this year is gunning for podiums. 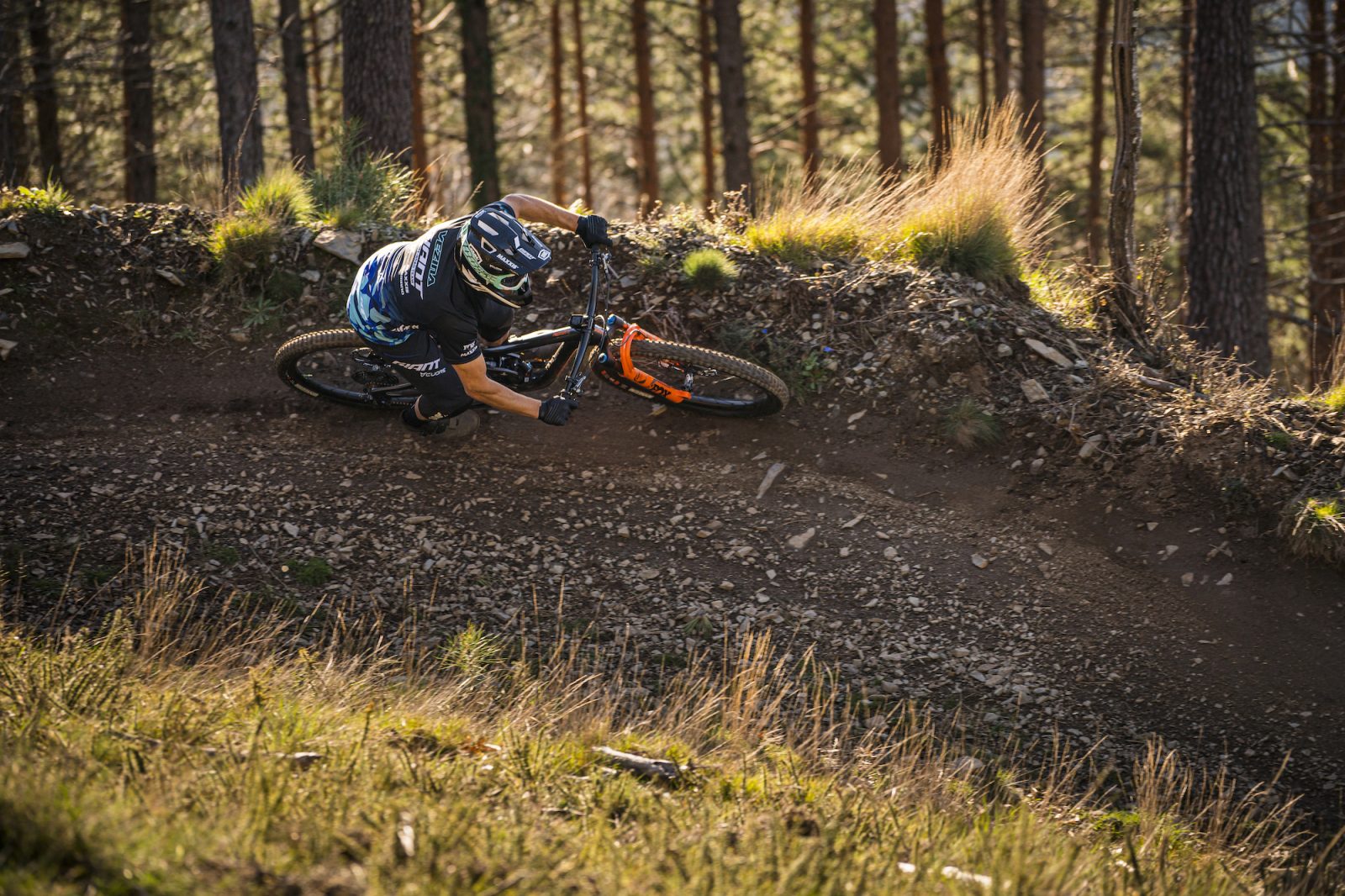 Deniaud, Vezina and Weyman will have their Reign Advanced Pro 29 bikes with FOX suspension setups, along with shorter travel Trance Advanced Pro 29 trail bikes for select events. The enduro squad will also continue working with Giant to develop and test next-generation enduro and trail bikes and gear. Rounding out the enduro squad is Australian Josh Carlson. The 34-year-old has new goals for 2020 as he transitions to E-bike competition. With a number of top finishes in the EWS over the past few years, Carlson began training and competing on the Giant Reign E+ Pro E-bike last year and won the first Australian E-Enduro national championship. Carlson also scored his first big win of 2020 when he won a national title in the E-bike XC race at the 2020 Australian MTB nationals in March.

“I’m really looking forward to this new challenge,” Carlson said. “I am excited to help expand this new category, and to support development of future E-bikes and gear.”

This year also sees an expansion of the team’s XC and endurance squad with a renewed commitment to World Cup racing. Two new riders—Reto Indergand of Switzerland and Antoine Philipp of France—will represent the team in the elite men’s category, while 20 -year-old Australian Cameron Wright returns to race in the Under-23 class. Wright kicked off his 2020 season with a big win at his country’s national championships in March, earning the green and gold striped Australian national champion’s jersey to wear the rest of the year. The 28-year-old Indergand, a former Swiss national champion (U23) and two-time Swiss Bike Cup series winner (2016, 2017), brings a strong résumé of international experience to the team. “I’m feeling very confident with this new team and I’m looking forward to having top-level bikes and support to help me reach a new level this year,” Indergand said. 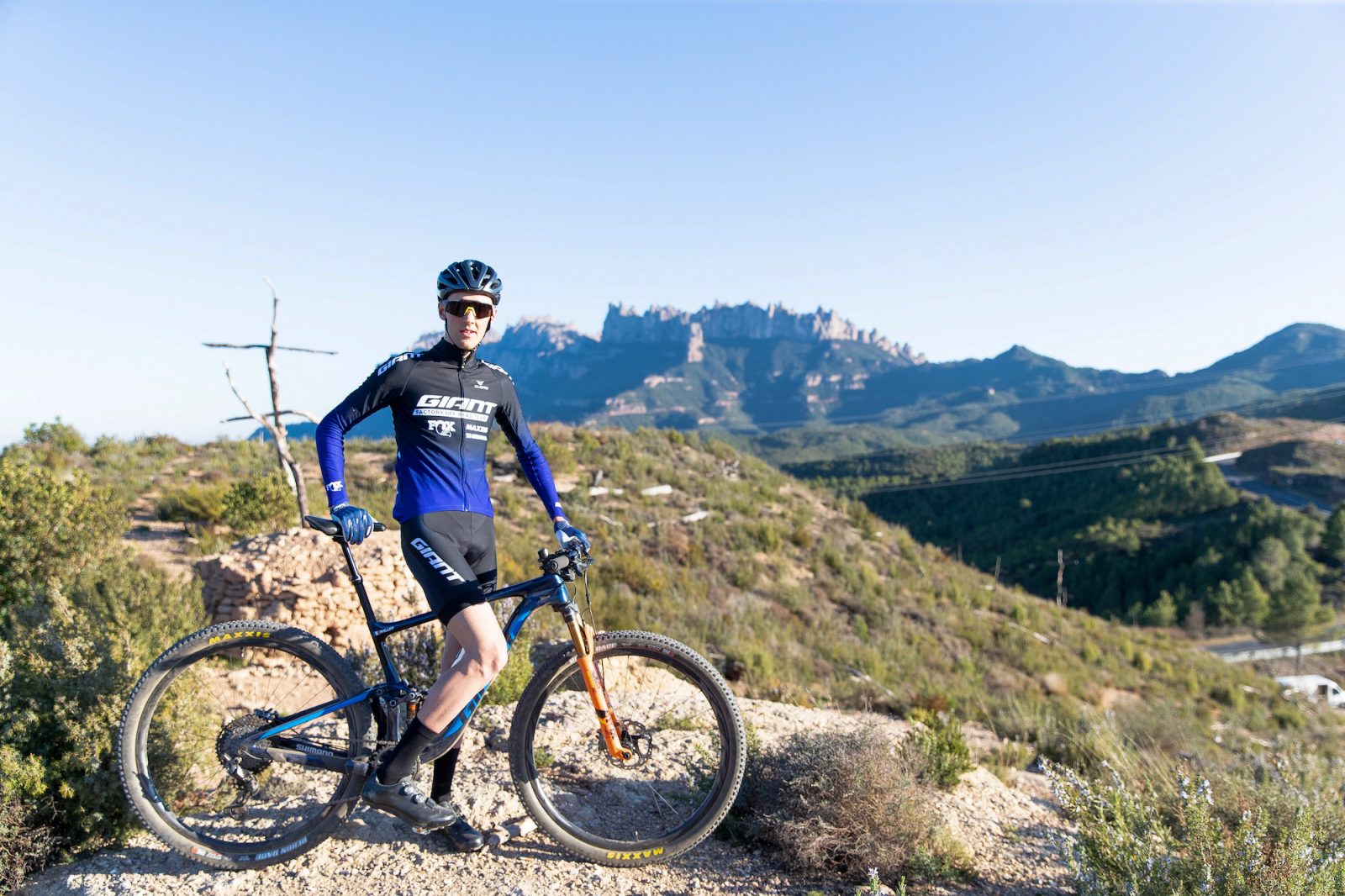 Philipp, 22, is making the jump up to the elites after an impressive U23 career that included a French national championship last year, while Wright is also coming off a strong 2019 season that included winning two medals at the Mountain Bike Australia National Championships—gold in the short course and silver in the Olympic distance XC race.. In addition to the three World Cup XC racers, U.S.-based riders Stephan Davoust and Cole Paton will represent the squad at North American XC events. Davoust had a breakout 2019 season that saw him win a silver medal at the USA Cycling Marathon National Championship and take the overall wins at two popular U.S events: the Downieville Classic and Grinduro. Paton also had a strong 2019 season, winning the collegiate national title, finishing second at the Pro XCT race in Montana, and scoring two top-15 World Cup finishes in the U23 class.

All of the XC athletes will compete primarily on their all-new XtC Advanced SL 29 hardtails and Anthem Advanced Pro 29 full-suspension XC bikes.

This year’s Giant Factory Off-Road Team sees the return of its gravel racing squad consisting of Josh Berry, Tristan Uhl and Carl Decker. The three raced together last year in the team’s first season of targeting major gravel events as a squad, and each found success at various races in the U.S. including Gravel Worlds (Nebraska), Grinduro and Rebecca’s Private Idaho.

For 2020, Berry hopes to again be a contender at the most prestigious gravel races in North America. Berry, Decker and Uhl will compete on their Revolt Advanced gravel bikes, and they will also race select XC events in North America.

On the technical front, the team welcomes back most of its sponsors from 2019 including FOX suspension products, Maxxis tires, Shimano drivetrain and brake components, MRP chain guides, HT pedals, and PRO cockpit components. Additional components and gear include Giant WheelSystems, saddles and dropper seatposts, plus accessories including the new Clutch tool system.

On the apparel side, the team has expanded its partnership with Cuore, which will supply race kits for XC and gravel racers. The team has also been working closely with Cuore to develop and test a new line of gravity apparel, which will debut this year. 100% will once again supply full-face helmets, body protection, sunglasses and gloves, while Giant supplies other helmets including the Rail SX, Rev and Pursuit models for XC and gravel, plus footwear including the Charge Pro XC shoe, Line trail/ enduro shoe and the Shuttle DH shoe.

Here is a list of Giant Factory Off-Road Team sponsors for 2020: