Some news from the Commencal camp is that after a highly successful 2017 season, Amaury Pierron moves up from semi privateer to a full factory position as well as the addition of Thibaut Daprela as a new rider altogether.

It’s our turn to announce the changes for the coming season and we’re very proud to say that two new riders are joining our crew!First is Amaury Pierron! After standing on two World Cup podiums (Lourdes 2016 and Val di Sole 2017), he has proved he has the speed to be one of the fastest riders and it’s an honour to welcome him to our team!

He has already been riding COMMENCAL bikes for the past two seasons so it won’t take any time at all to get up to speed! We can’t wait to see him training and racing with Rémi Thirion and what they can achieve together. 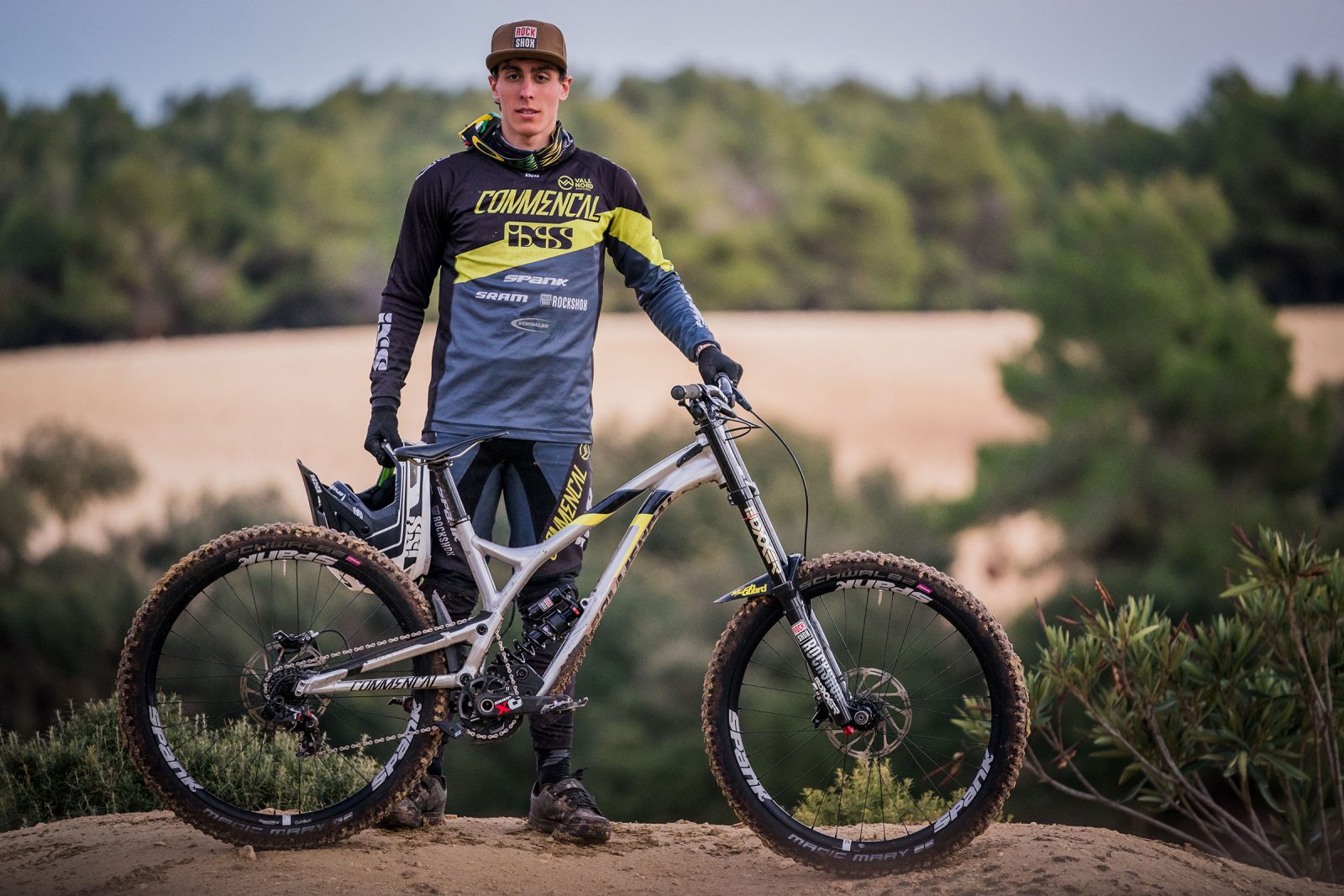 Amaury Pierron: « I’m really happy to join the COMMENCAL/VALLNORD team! This is the kind of team you dream about when you watch the World Cups when you’re a kid. And now I’m going to be part of this team, it’s just crazy! Some dreams are coming true.

We had the opportunity to meet up in Spain to ride, and I felt at ease immediately. The atmosphere is very cool, I think we’ll get on!»

Up next is a talented young rider named Thibaut Daprela! He won the U17 French Championship twice and won Crankworx Les Gets DH race in 2016 and 2017 in this category. His skills and ability to perform in big races have impressed us and we’re curious to see what he can do in his first year as a junior. 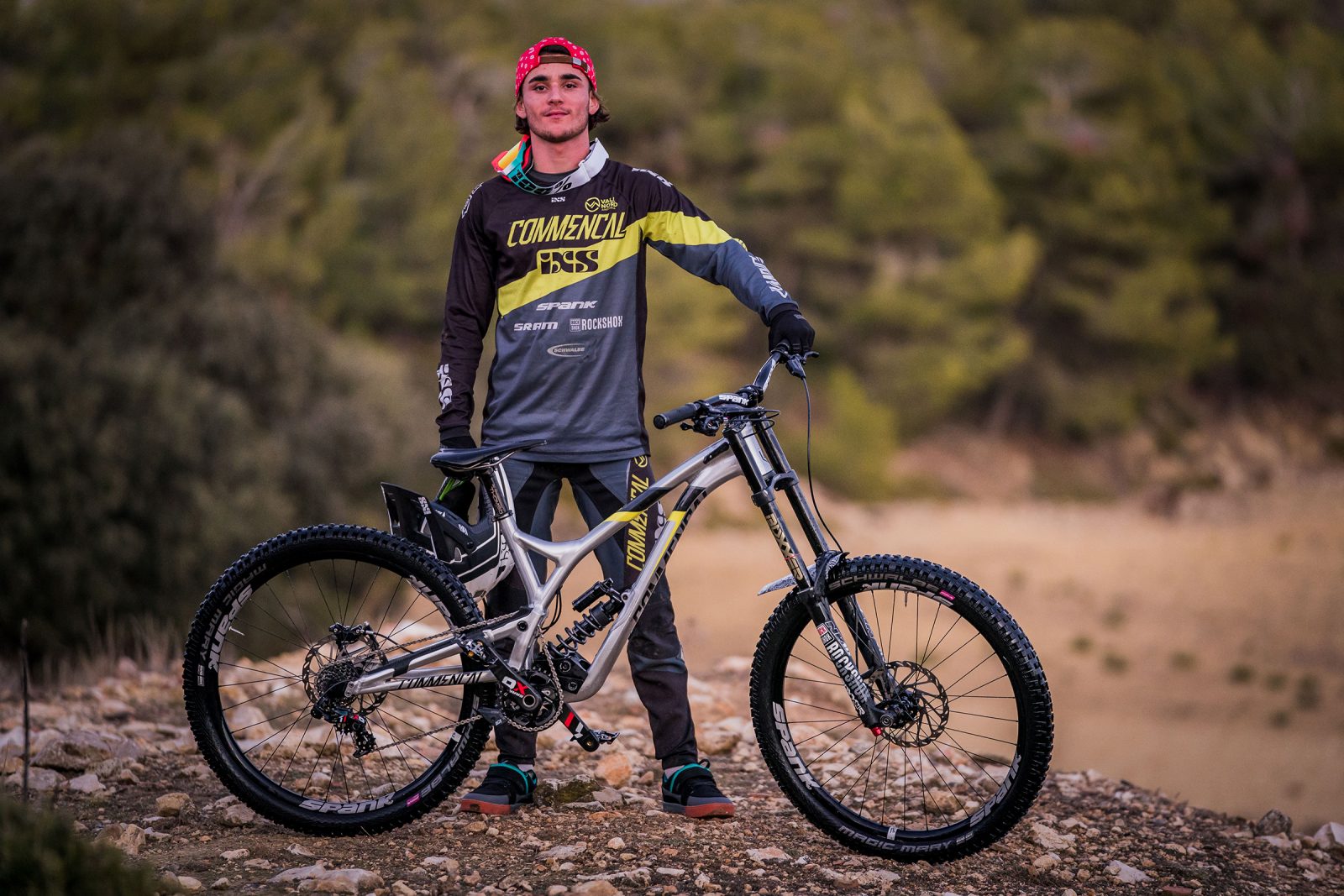 Thibaut Daprela: « I am delighted to join the COMMENCAL/Vallnord team for my debut in the World Cup series. The good atmosphere and professionalism are one, which makes me feel at home for this first junior year.»

Our other big news is that Myriam Nicole and Rémi Thirion have both signed for three more seasons with the team!

Myriam Nicole had an incredible season, winning the World Cup overall and she’s super motivated to do even better, which we’re sure she can… Go Pomp!

Rémi Thirion saw his season cut short by a serious injury after his crash last June in Leogang for the World Cup. He took the time his body needed to come back and he’s now fully recovered. He can’t wait to race again at the very highest level.

The team wouldn’t be the same without the Ruffin brothers, Gaëtan and Thibaut, who will both continue to race and manage at the same time.

Thibaut Ruffin, Team Manager: «I honestly cannot believe how far we have come in all these years. We would not be here without the support of COMMENCAL and all our partners and the work of the Riding Addiction team. At Riding Addiction, we’re beyond stoked to open another chapter, as well as the addition of these two young guns along with Myriam and Rémi will make the coming seasons more exciting than ever!

Another piece of good news is that COMMENCAL have signed a deal to continue as Riding Addiction’s title sponsor for the next three years. It’s an honour to have had their support since the birth of the team in 2009.

The team has extended its partnership with VALLNORD and is delighted to work once more with SPANK for cockpits and wheels, SRAM for drivetrain and brakes, RockShox for suspension and IXS for race apparel. We would like to thank them for their continued work and support!
We’re pleased to add SCHWALBE to the list! The German brand will provide the team with a full selection of tyres benefiting from the new ADDIX technology to deal with anything the weather can throw at us!

OAKLEY, LIZARD SKINS, AXXIOS TECHNOLOGY, CN SPOKE and E-THIRTEEN stay on board as well and we really appreciate what they do for us! We’re happy to welcome WTB as our new saddle sponsor.

Cheers from everyone at COMMENCAL/VALLNORD!