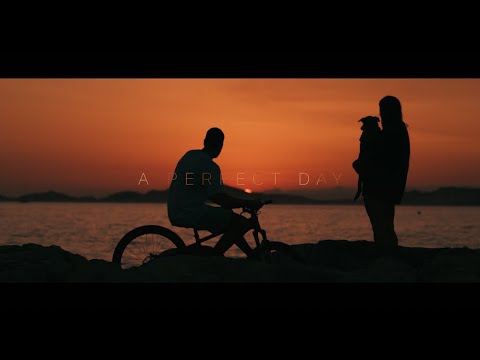 The beginning of the video shows Tomas Lemoine sitting in front of the warming flames of a campfire, surrounded by his loved ones: his girlfriend Carla and their dog Rolly.

Waiting for the first rays of sunshine in front of their tent, the three of them feel pure freedom. Always observed by “watchdog” Rolly, Tomas quickly inflates his tires; there is no time to lose since the rising sun is the perfect match for this project.

Tomas finds himself on top of a mountain ridge. One quick pedal stroke and the stylish Frenchman makes his way down the hill, taking on big gaps and technical lines while just making it look smooth. In the meantime, Carla and Rolly are enjoying the show. Clearly, Lil´Moine is rather known for his deep bag of tricks than for his speed on the downhill bike.

Switching to his freeride bike for the second part of the video, executing tricks that you rarely see on a big bike, like his signature 360 Inside Invert, Lemoine casually demonstrates just what he is capable of.

The video is rounded out by Tomas´ unique style on his dirt jump bike. As he makes his way back to his hometown Marseille, Lemoine shows some of his signature moves at his local skate park in front of a scenic sunset. Cooling down after a day filled with riding, the young trio conclude their adventure with a swim in the Mediterranean Sea.

Filmed in only two days – thanks to the detailed preparation and direction of filmmaker JC Pieri – the final outcome might not reflect Lemoine’s typical style, but definitely puts a big smile on his face: “The video is different from my own style: it has more of a story and shows me riding more than only one bike. JC’s style of filming is insane to me as well, so I’m always happy to work with him and I can’t wait for the next project!”.