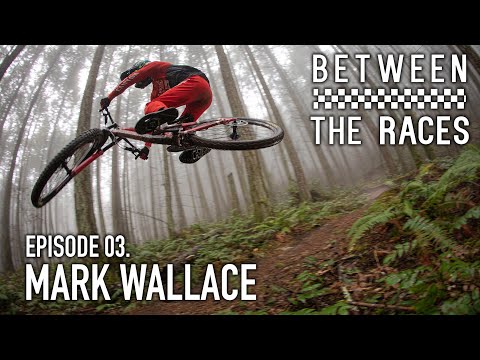 ” Episode 3 of Between the Races features Mark ‘Shark’ Wallace, the silent assassin hailing from British Columbia. The softly-spoken Canadian has always had a scary amount of confidence both on and off the bike, as well as being one of the nicest guys in DH. His performance on the race track is a true testament to his raw natural talent and growing up with a trail park in his back garden helped to hone his skills from a young age. The hard-working rider tunes his bikes as hard as his training routine and he continues to go as fast as possible at his local mountain, Prevost, BC.”